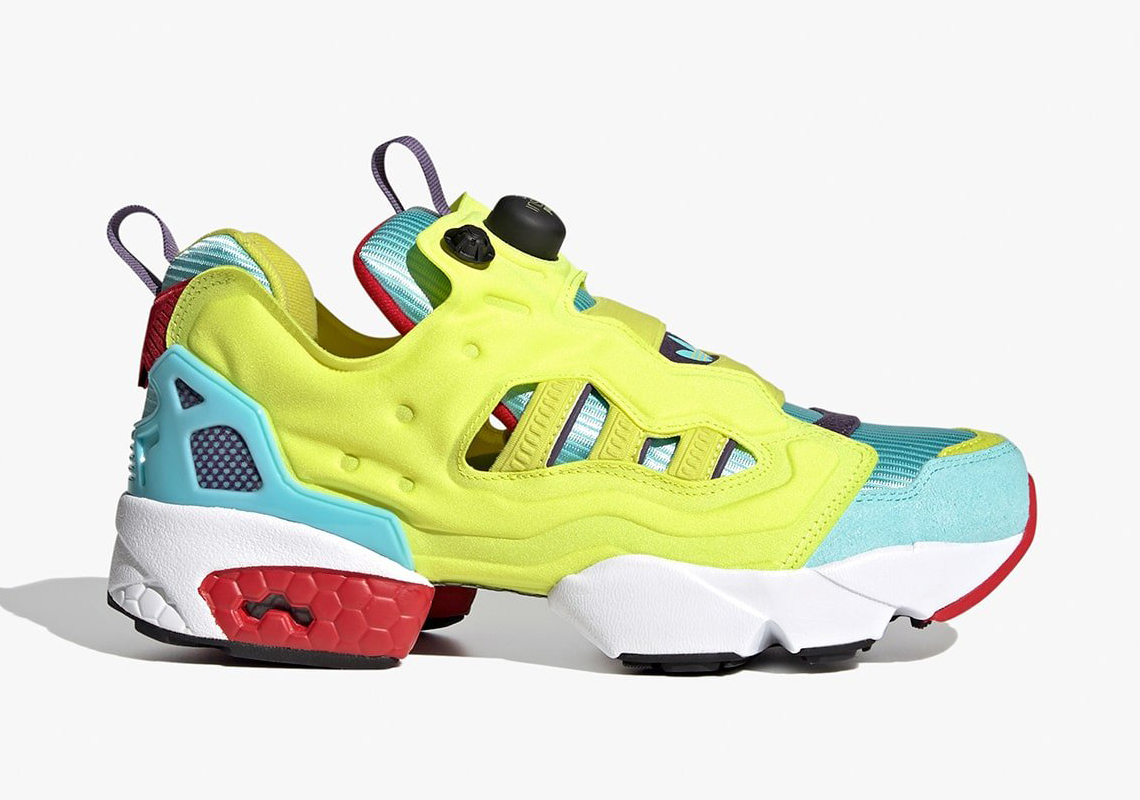 The adidas And Reebok Continue Daring Crossovers With The ZX Fury

Even though adidas and Reebok are under the same umbrella, their official collaborations are no less surprising. Upon the partnership’s announcement — which was an important moment for both sides — the two debuted a Boost-outfitted Instapump Fury, the proposed flagship that merged two opposite brand icons. Almost an entire year later, the duo are at it again as they combine Steven Smith’s iconic design with the ZX 8000.

Two of the aforementioned silhouettes’ most signature colorways come together here despite both being loud in their own right. The ZX 8000 displays swooping suede and mesh panels of Aqua blue, wrapping the heel tab, underlying tongue, and toe box in the same bright shade. Behind, at the counter, the TPU support is chiseled down somewhat to better suit its backdrop, meaning its patterned unders are proffered a much smaller window. Both above these and below, the Instapump Fury adds its typical fixtures: the sole is ripped straight from the OG Citron scheme much like the bladder whose highlighter yellow envelops the frame of the Three Stripes classic.

Take a detailed look at the latest Reebok/adidas hybrid here and expect a release to arrive hopefully before the end of the year at Reebok.com or possibly adidas.com.

In other news, the Kyrie 7 By You just added a variety of options for fans of the basketball signature. 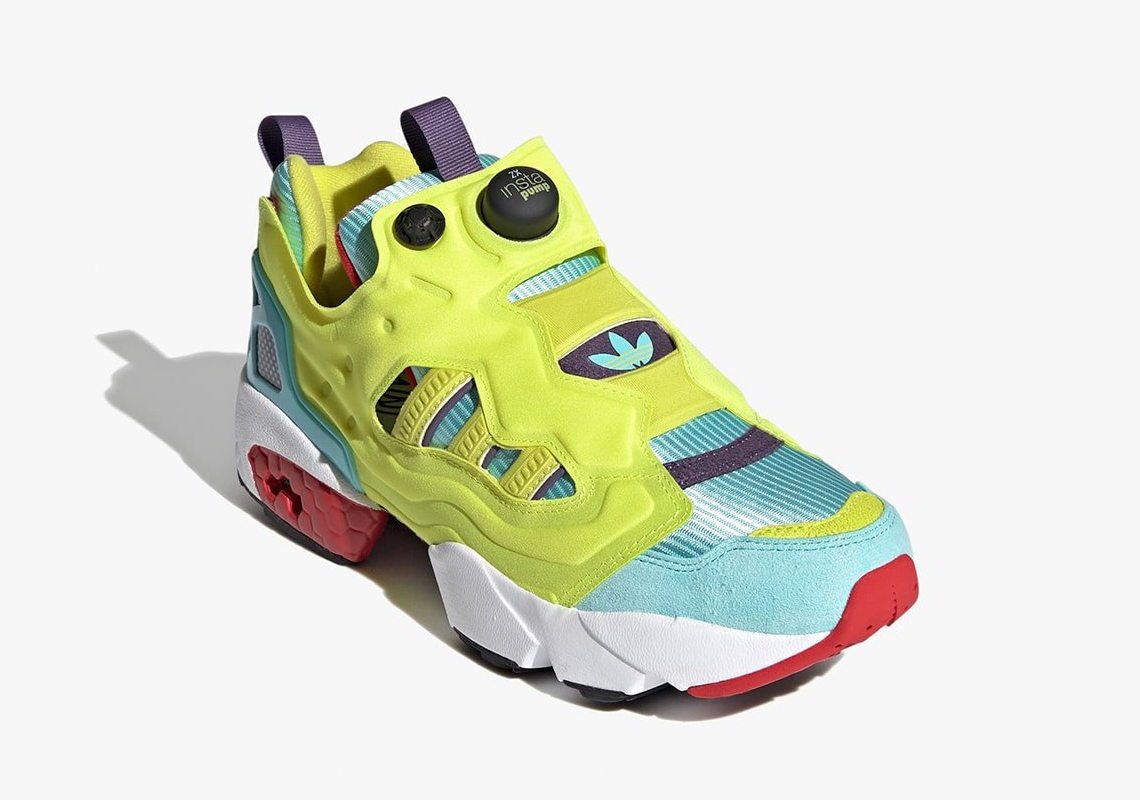 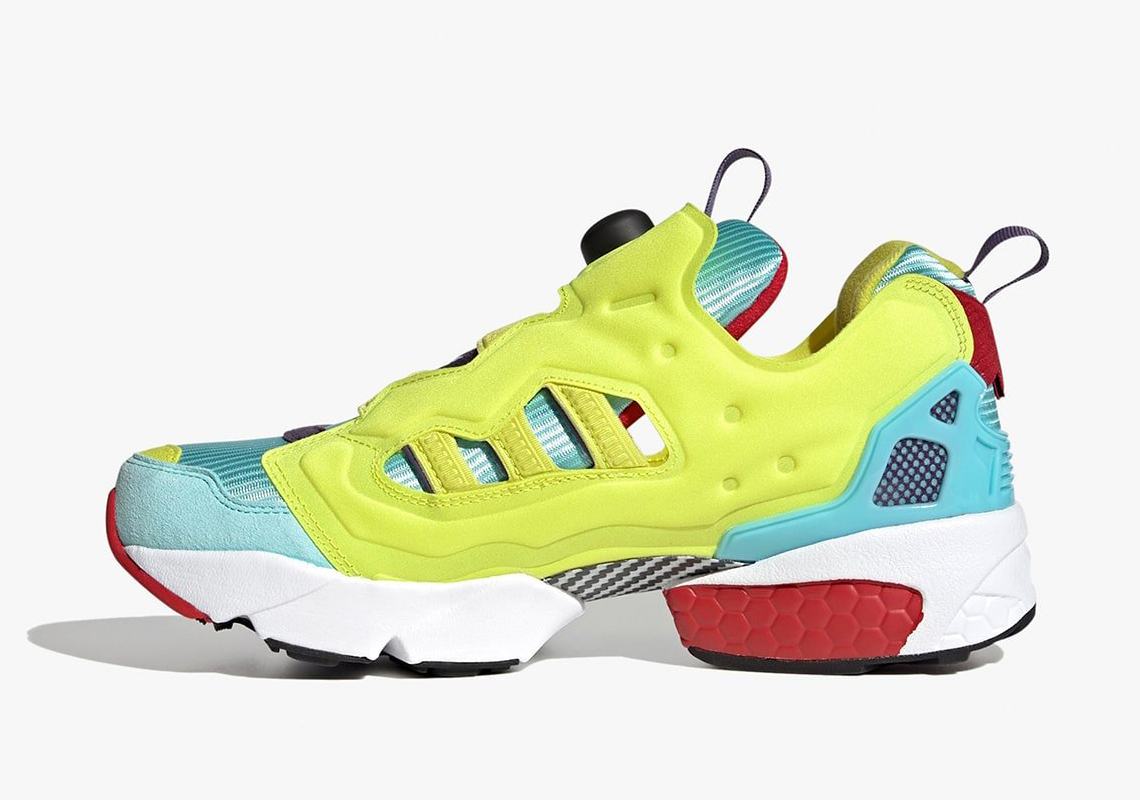 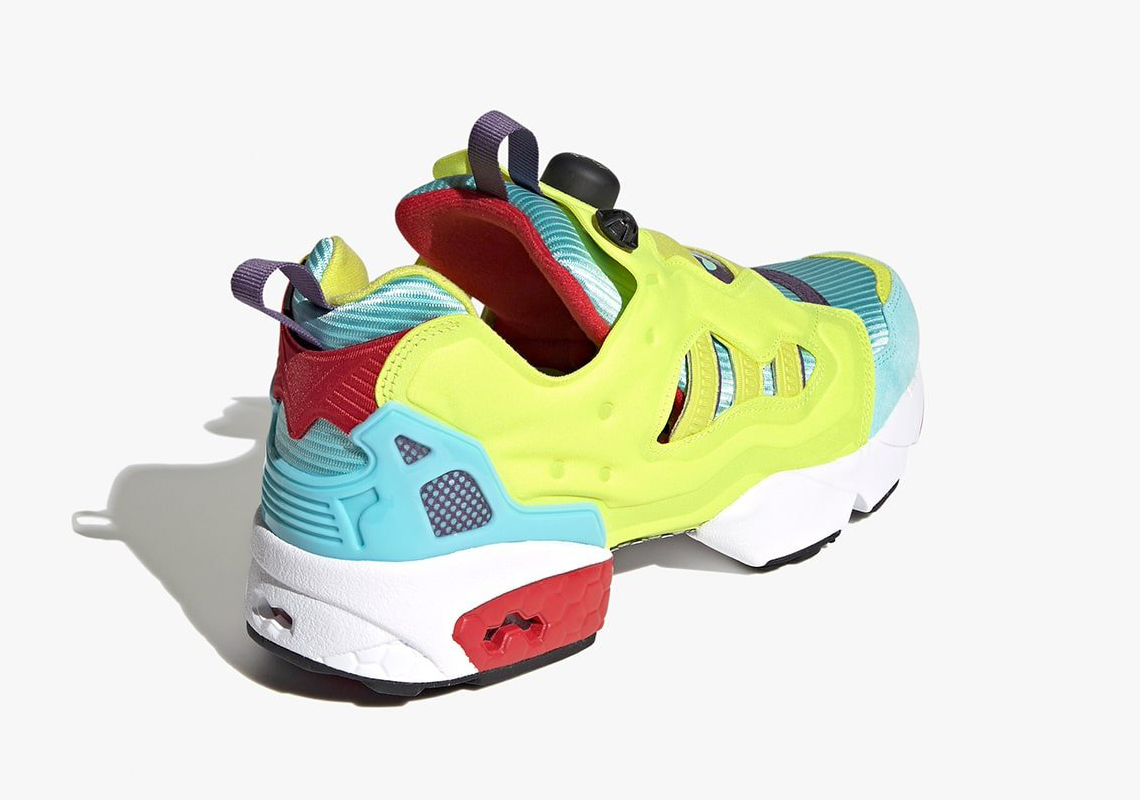 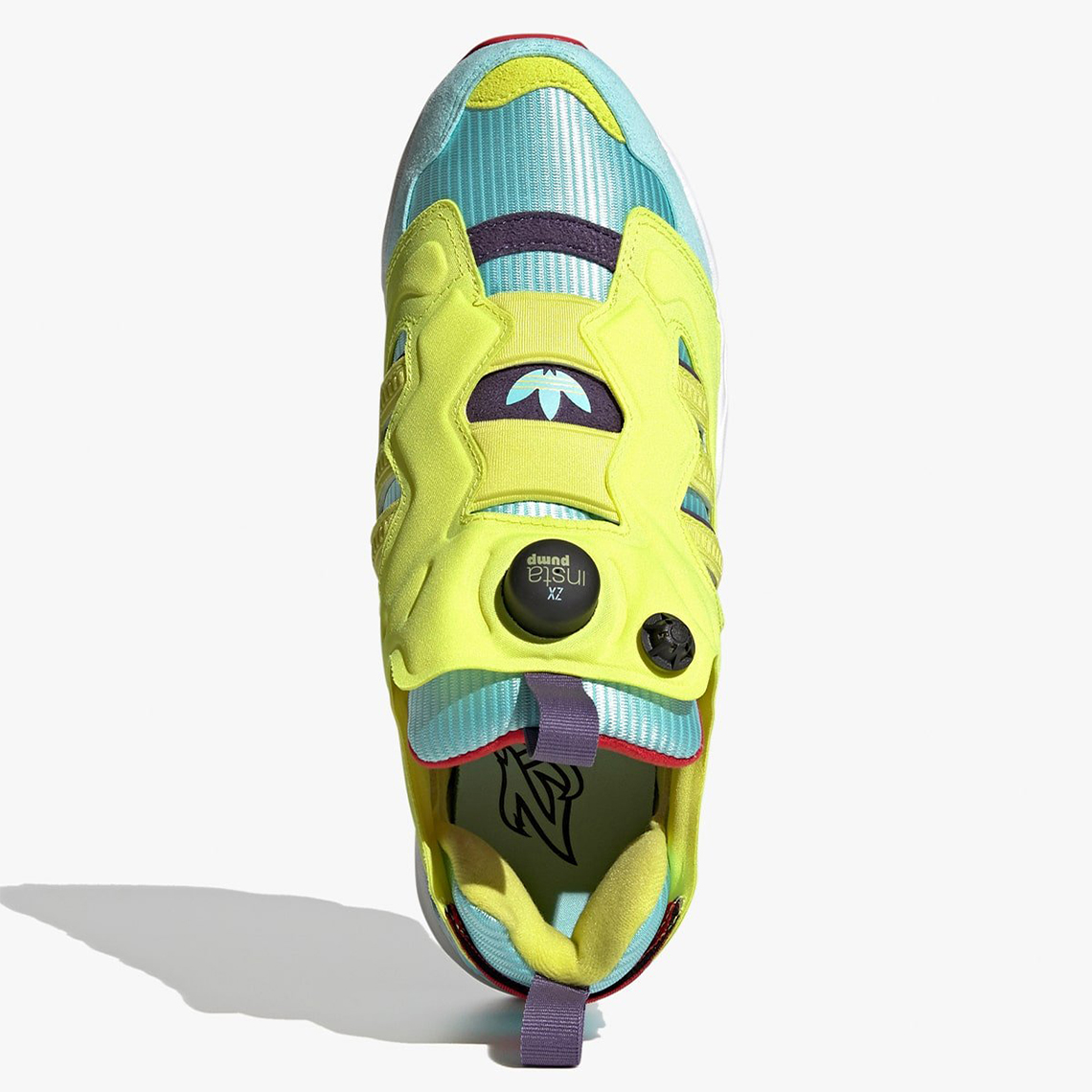 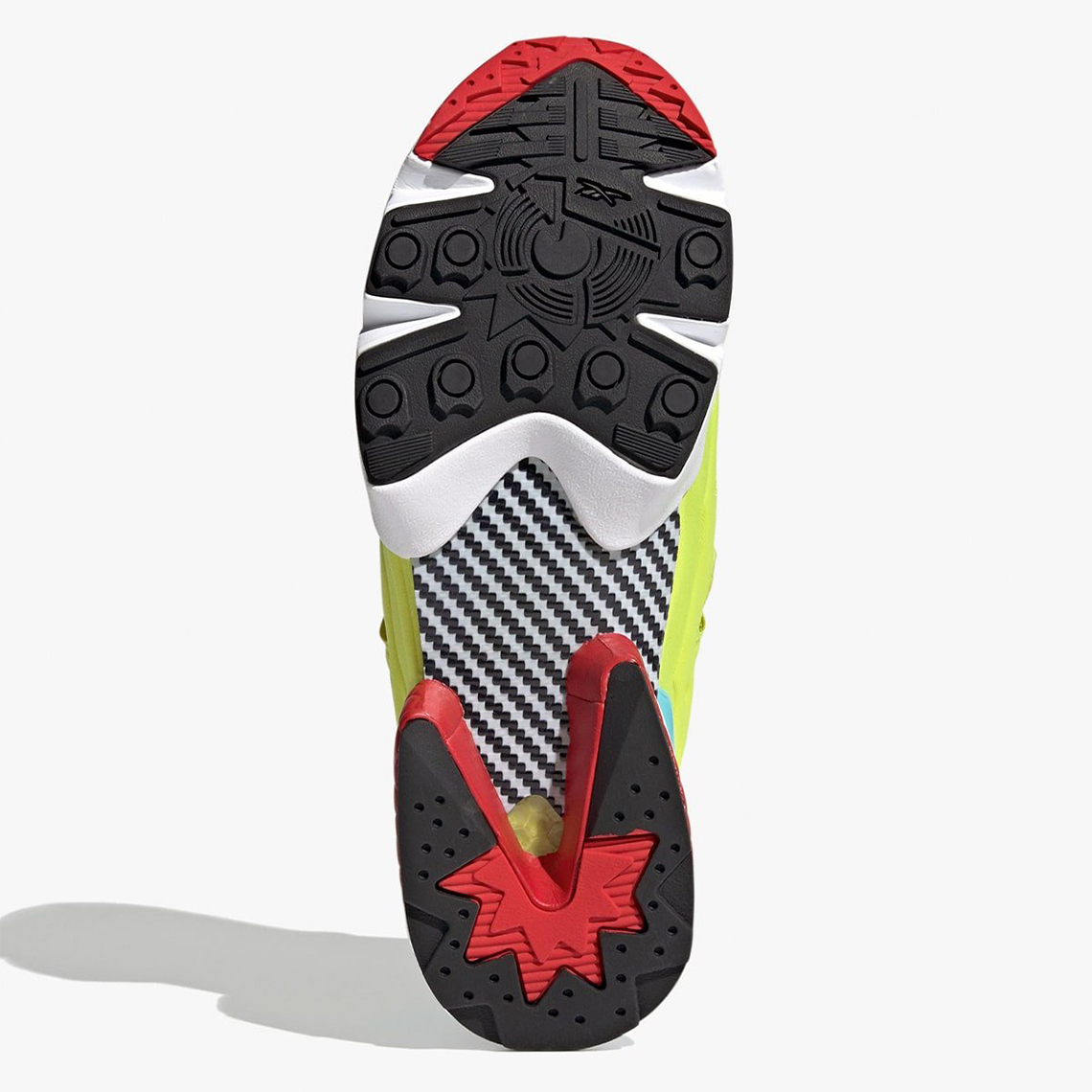 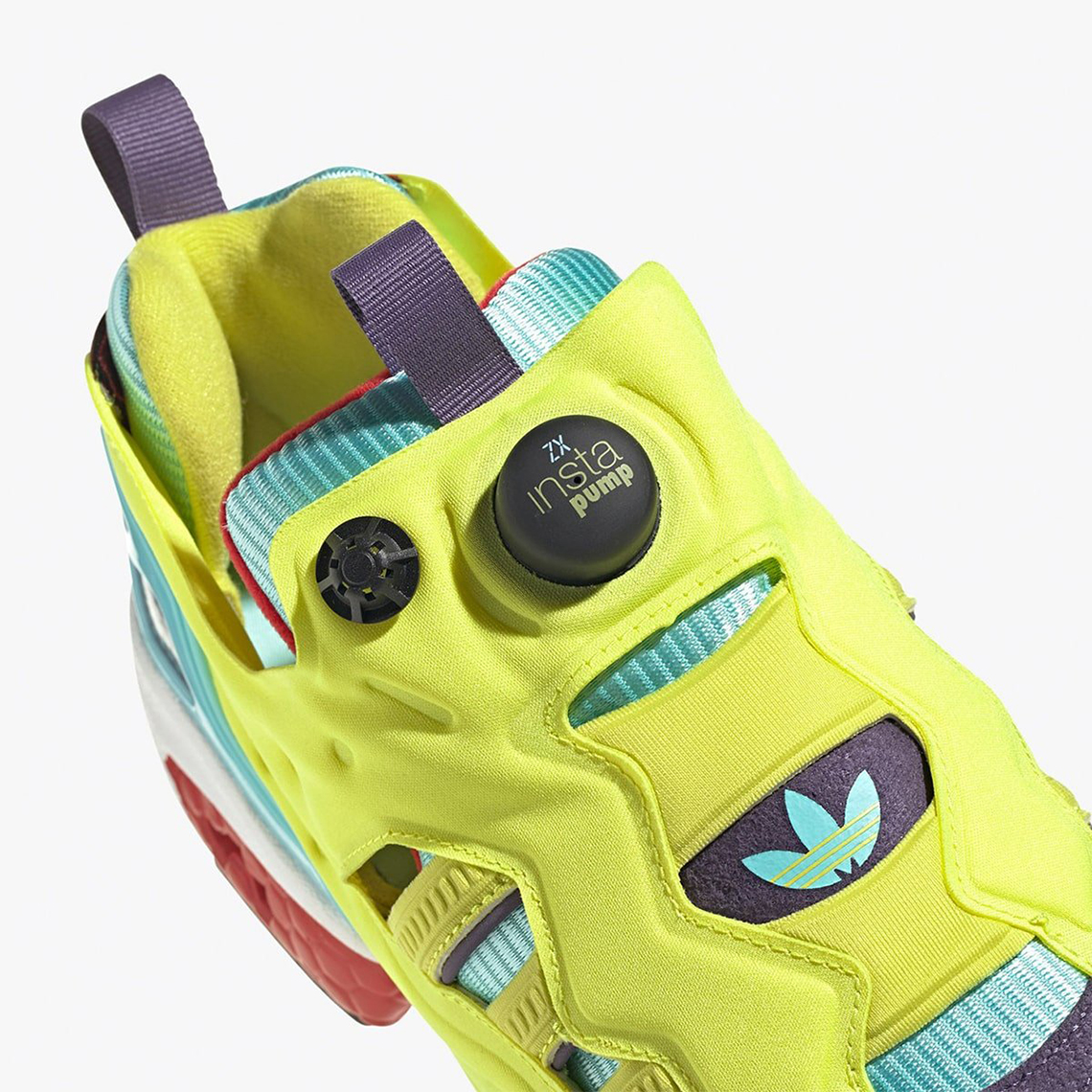 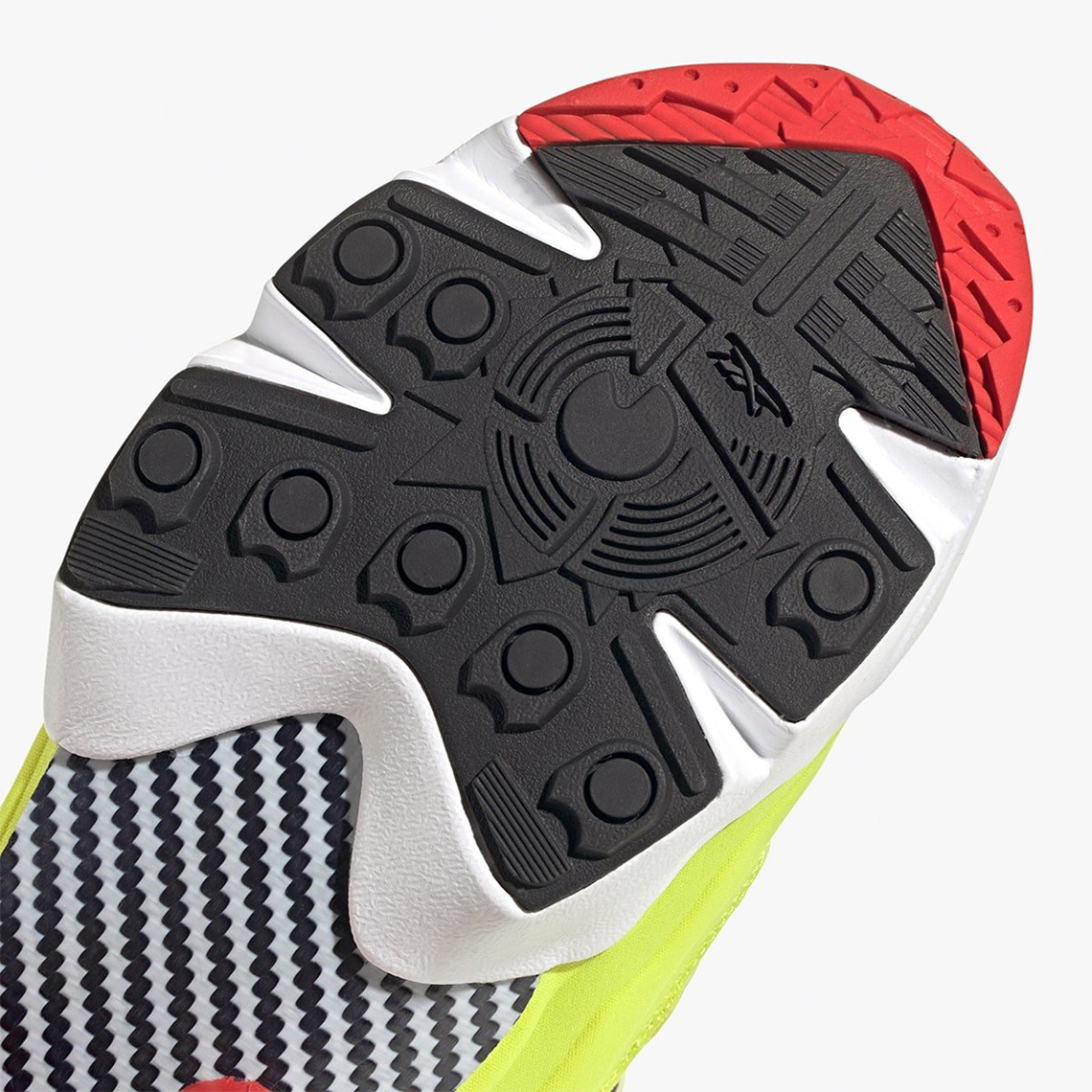