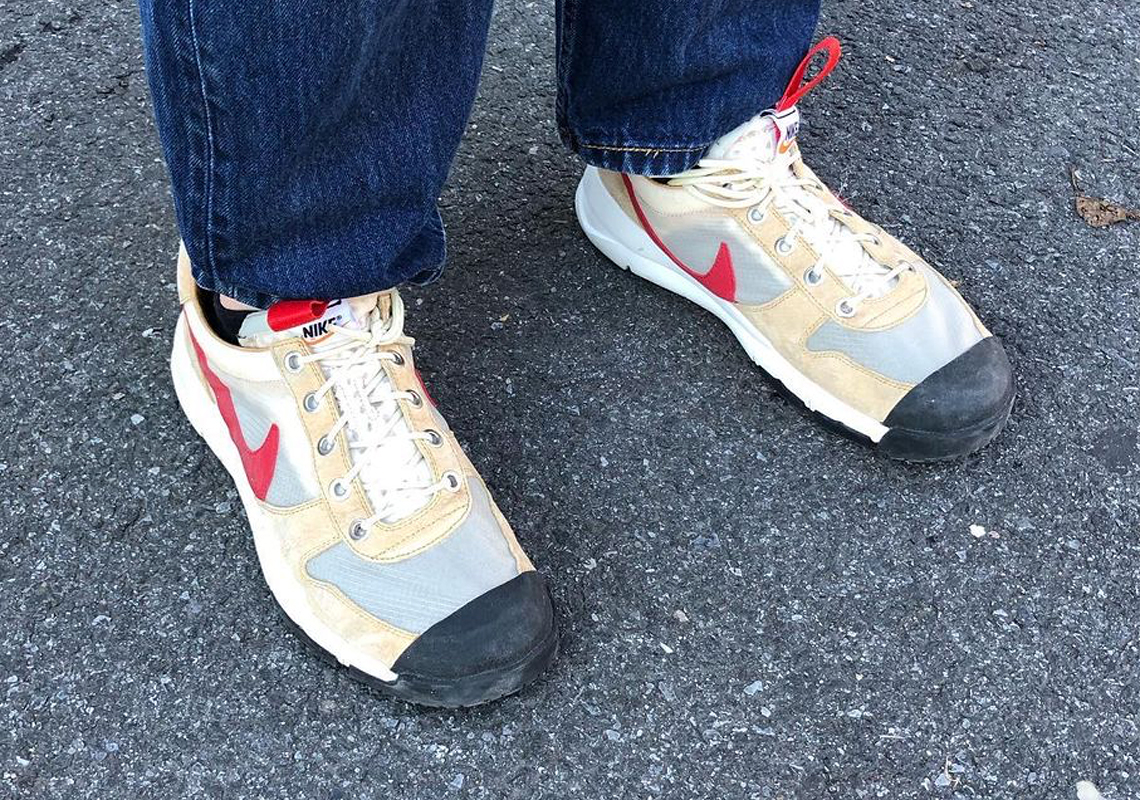 Late last year, rumors were circulating of a Mars Yard restock. But, in typical Tom Sachs fashion, what’s coming is only marginally more identical to the original compared to the Overshoe. Revealed by way of insiders only recently, the Mars Yard 2.5 brings some new structural additions, seemingly new materials, and a palette also visually lighter.

But the general aesthetic is all the same, the guise of the beloved form kept true in shape. Color, though, appears far more subdued (though that could be the result of poor lighting or misleading editing). The suede across the shoe doesn’t imbue with a dark maple, rather, it makes use of a light tan that better complements the slightly see-through synthetic that dresses the underlays. The Swoosh, though usually robust in its panel of leather, is now taped on with thin cut; forward, the toe then finishes with a workwear-esque rubber cap that’s likely borrowed from existing work boots.

Grab a detailed look at the 2.5 here, and for now, keep it locked for more details.