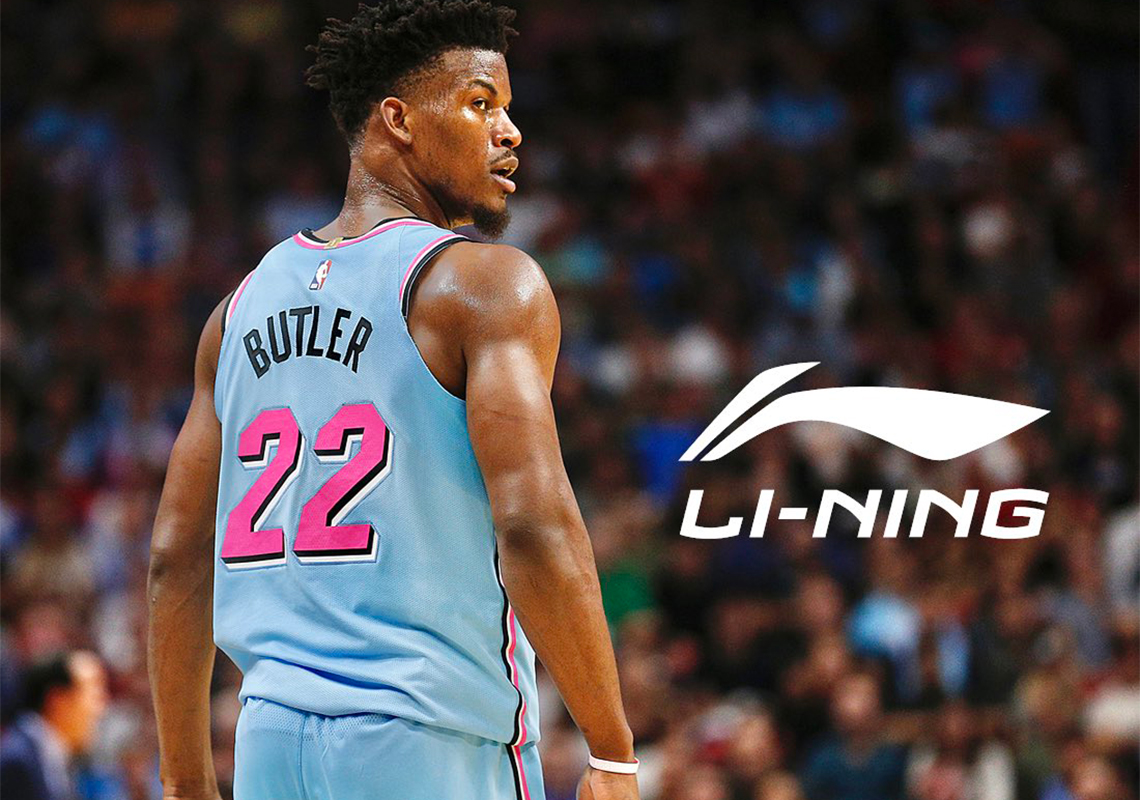 Jimmy Butler’s sneaker free agency began in January of 2020 after he and Jordan Brand mutually parted ways, ending a nearly six-year partnership that, beyond some random Player Exclusives, didn’t exactly amount to much. Since that separation, the Miami Heat star focused all his energy into the game, leading the Southern Florida team to a somewhat improbable NBA Finals run – its first since LeBron James left the squad in the summer of 2015. Through the Finals, Butler wore the Air Jordan 31 Low, an older model from 2016.

Which shoe brand Jimmy would land at seemed like an afterthought given the events of 2020, but throughout the uncertainty, Chinese brand Li-Ning seemed like a likely fit for Butler for a few reasons. Firstly, the link to Dwyane Wade, the former Miami icon and lifetime athlete for the brand, suggested that a conversation could easily begin and a partnership could blossom. Secondly, given Butler’s age, he seemed a better fit with an overseas brand considering Jordan never attempted to release a signature shoe to the market and the other big players such as Nike would likely not add another signature shoe to their already crowded product. PUMA and Under Armour were also potential landing spots, but the former is entrenched in a youth movement including the likes of LaMelo Ball and Kyle Kuzma, while the latter is focused on expanding the Steph Curry line while ushering in the era of Embiid. adidas never seemed to be a reasonable choice considering Butler took a massive pay-cut to wear Jordans.

This long shoe deal with Li-Ning is described as “significant” and will include signature shoes. This would certainly be a first for Jimmy Butler, a player who had to work seemingly harder than most to get the same amount of recognition. And with his star power at an all-time highest thanks to a gritty playoff run, now would be a perfect time to launch a “Jimmy Buckets” basketball shoe to the market.

While Li-Ning has established itself as a player in the basketball market, much of the brand’s focus has been on the runway: Its efforts have resulted in fashion week shows, lifestyle-ready models, and apparel that aligns with current trends of oversized and tech-wear looks.

Butler will become the current face of the brand, which also has a lifetime deal with Heat icon @DwyaneWade. pic.twitter.com/V7Bq83lUb9