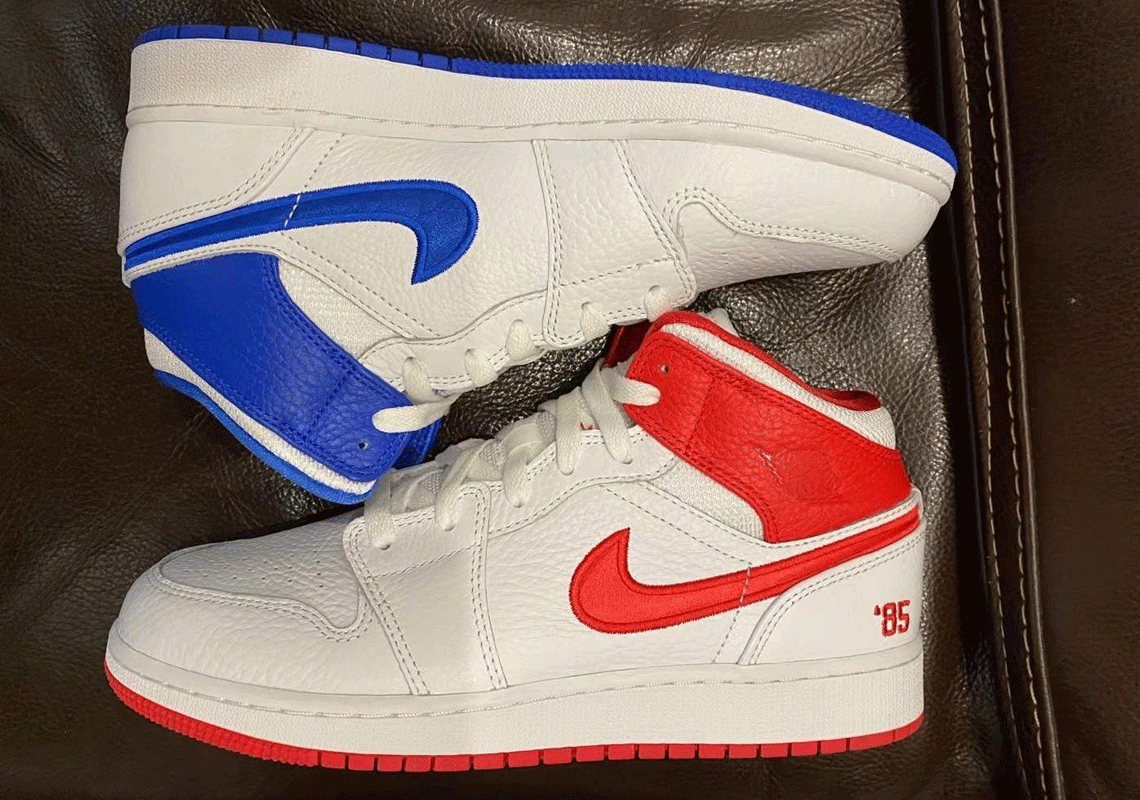 Although the Air Jordan 1 Mid will almost surely always lag in cachet behind its taller counterpart, it’s made strides throughout 2020 via impressive color schemes and thematic arrangements. Early looks at some of next year’s propositions, like a mismatched pair with “’85” embroidered onto the lateral heel, suggest the trend will continue.

While revealed unofficially, the forthcoming pair follows news of other Jordans prepped for the 2021 NBA All-Star Weekend. But unlike a previously-seen pair constructed from patent leather and laden with carbon fiber patterns, the newly-surfaced proposition ostensibly nods to Michael Jordan’s first appearance in the league’s All-Star Game. As history tells it, the Chicago Bulls guard appeared in 1985’s event as a rookie. He only scored seven points, but made a name for himself to the “gate guardians” of that time. Extensive details about the shoe’s inspiration are sure to arrive as a release date nears, but what’s obvious is that the mid-top Jordan 1 pictured here has borrowed the white, red and blue color scheme of the Eastern Conference’s jerseys from that aforementioned event in Minneapolis, Minnesota. It’s quite possible this pair is part of a larger collection honoring #23’s iconic basketball legacy.