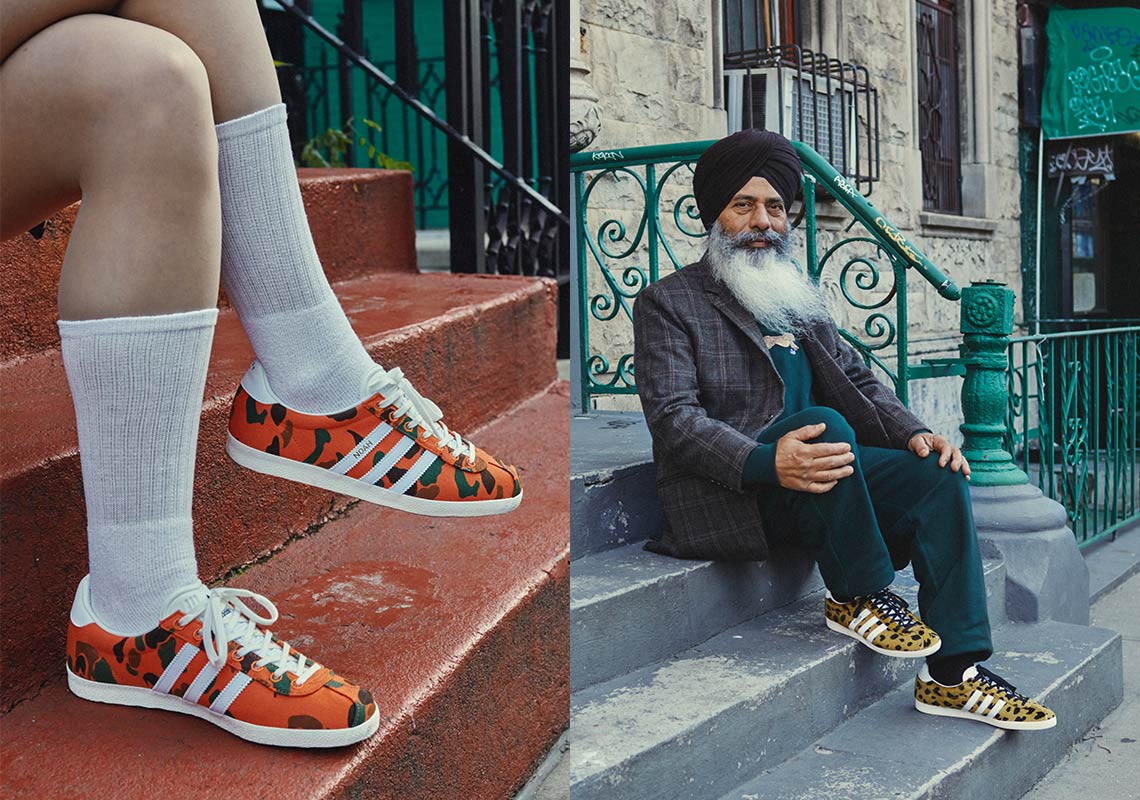 Noah Brings Camo And Cheetah Prints To The adidas Gazelle

Following their five-part capsule with Vans, Noah is bringing both camo and animal print to the adidas Gazelle. Though a companion piece to their extensive Fall/Winter ’20 collection, the collaboration more so emulates the aesthetics once popular in New York City during the late 80s to early 90s.

“I think the silhouette is appealing to so many groups because of its simplicity. The Gazelles allow people to wear them in any number of ways and they take on the personality of the wearer,” Noah co-founder Brendon Babenzien explains. “They are limitless. We thought it would be a fun challenge to try to capture the spirit of Gazelles in prints. The idea was to select prints that, like the Gazelles themselves, could defy any sort of specific definition. We felt that Camo and Cheetah did that.”

And rather than select its modern shape, Babenzien has opted for the Gazelle’s slimmer variation, further paying homage to the capsule’s aforementioned influences. Built in two varieties, the silhouette diverges in both color and construction. The loudest, which covers much of its upper in a robust canvas, is patterned heavily with an orange-based camo that pairs hits of both forest green and dark brown atop. The overlays down the side as well as the laces and tongue then contrast in bright white, while the heel and backmost stripe dress with the “NOAH” namesake in black and gold text, respectively. Though it follows the same sort of branding, the accompanying colorways prefers a cheetah print and a more textural faux pony hair.

Grab a detailed look at the campaign and the footwear below and expect a release to arrive at Noahny.com as well as adidas.com on December 3rd. 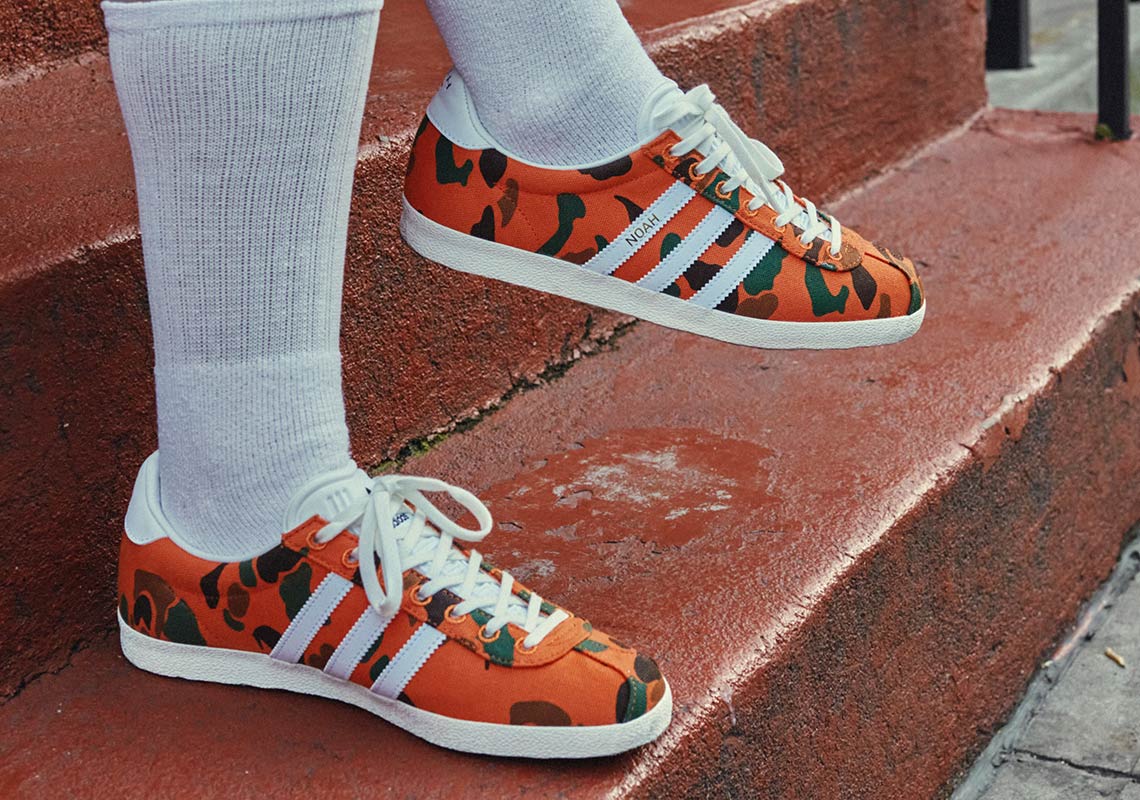 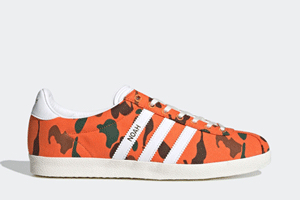 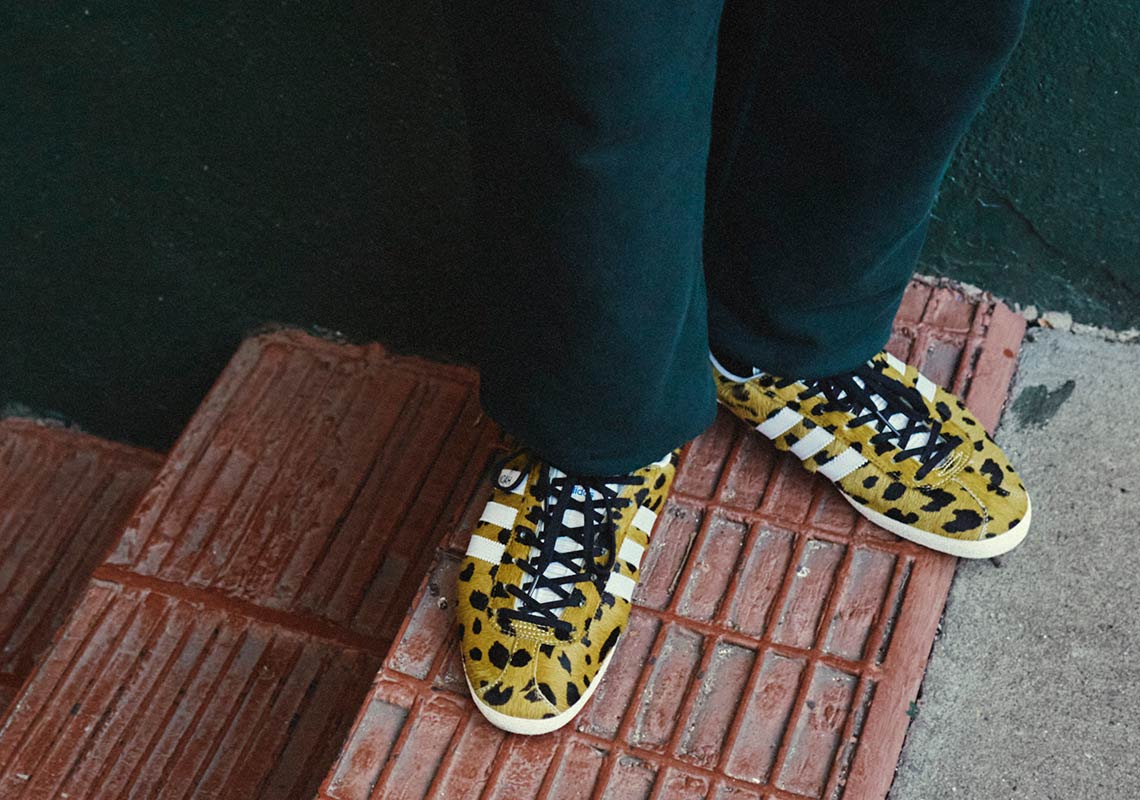 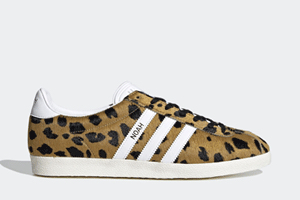 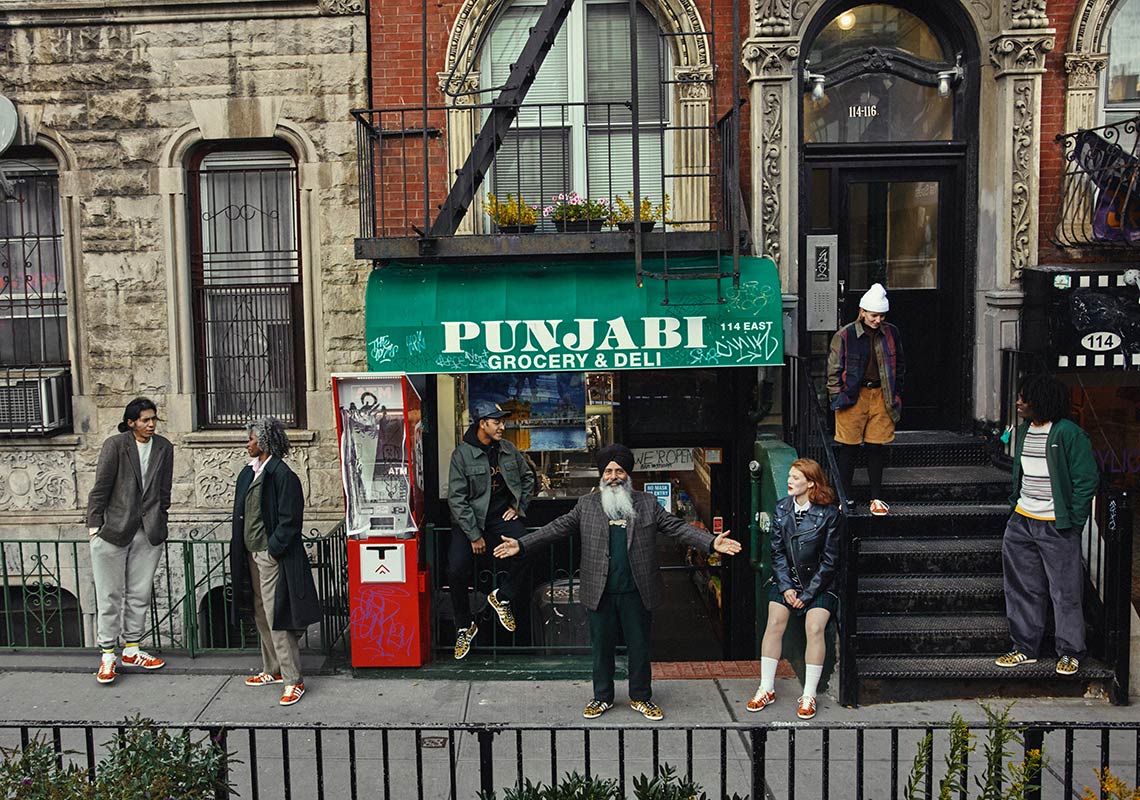 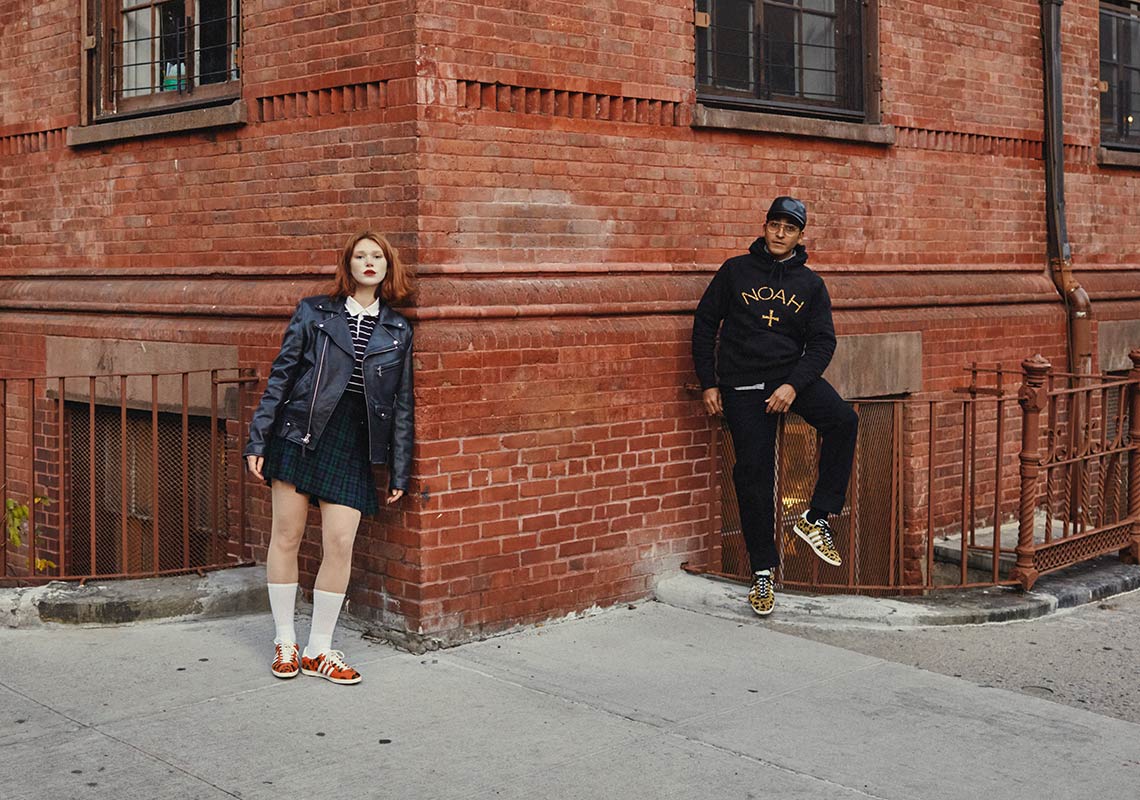 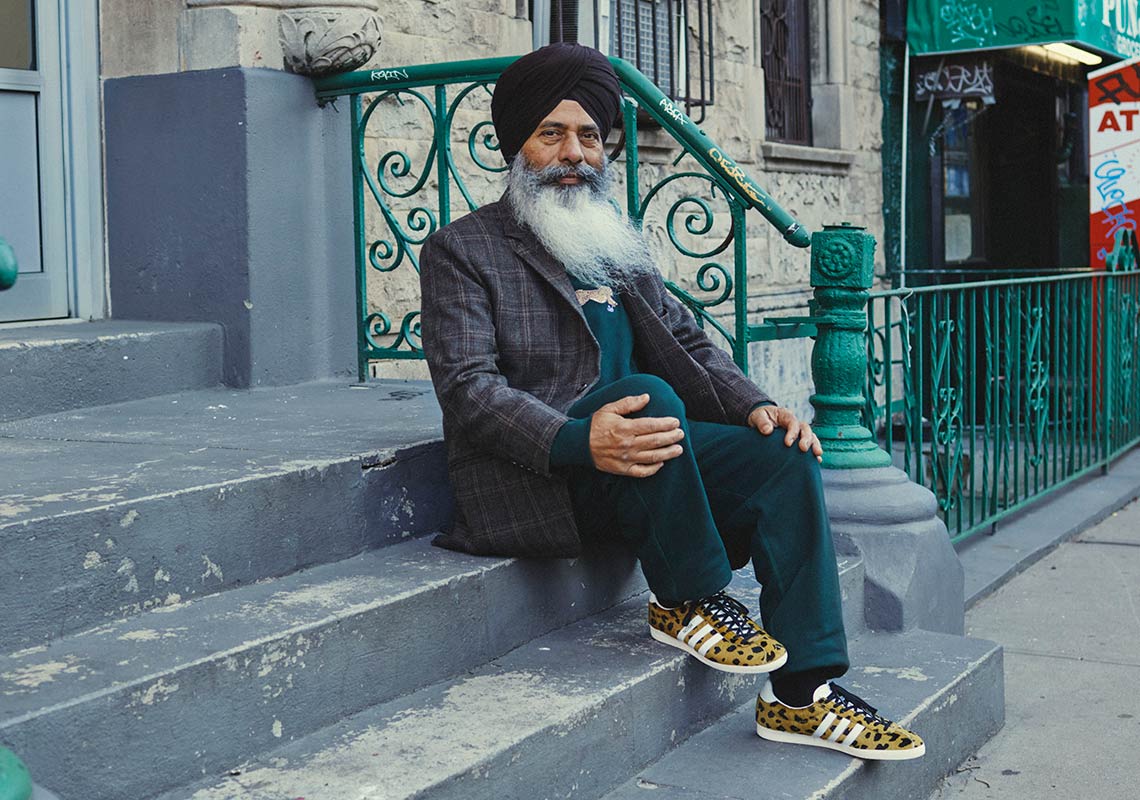 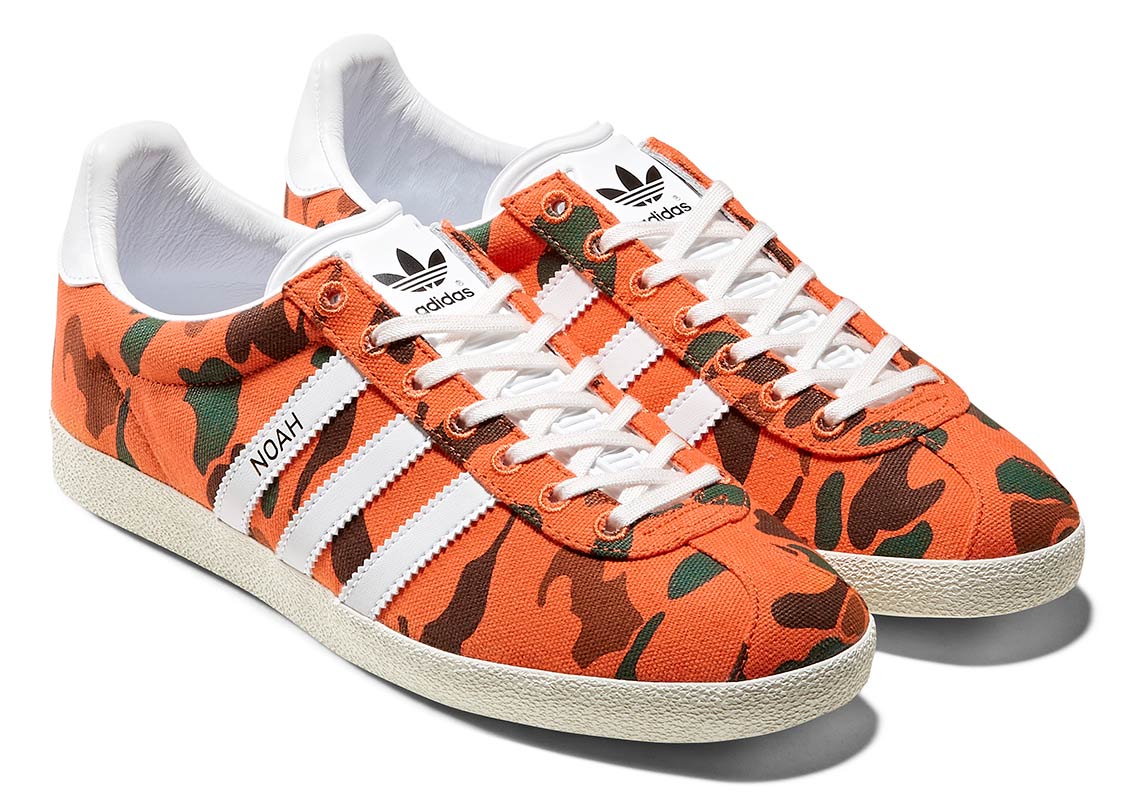 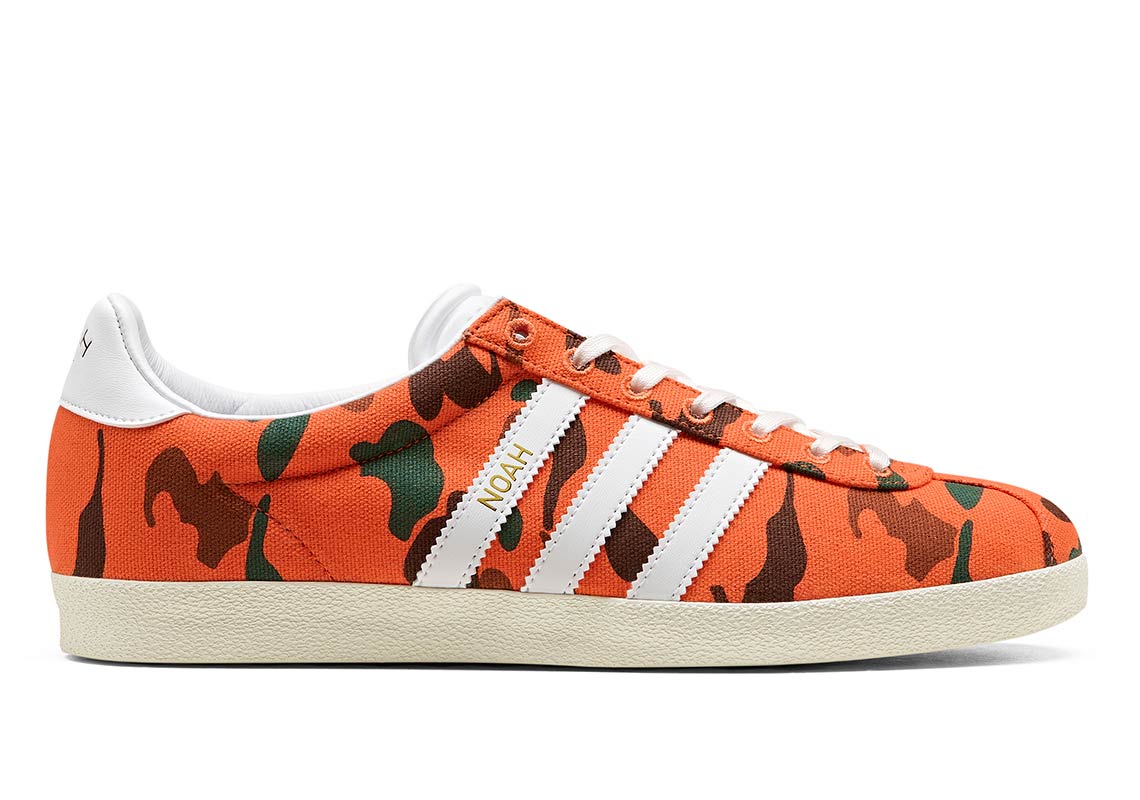 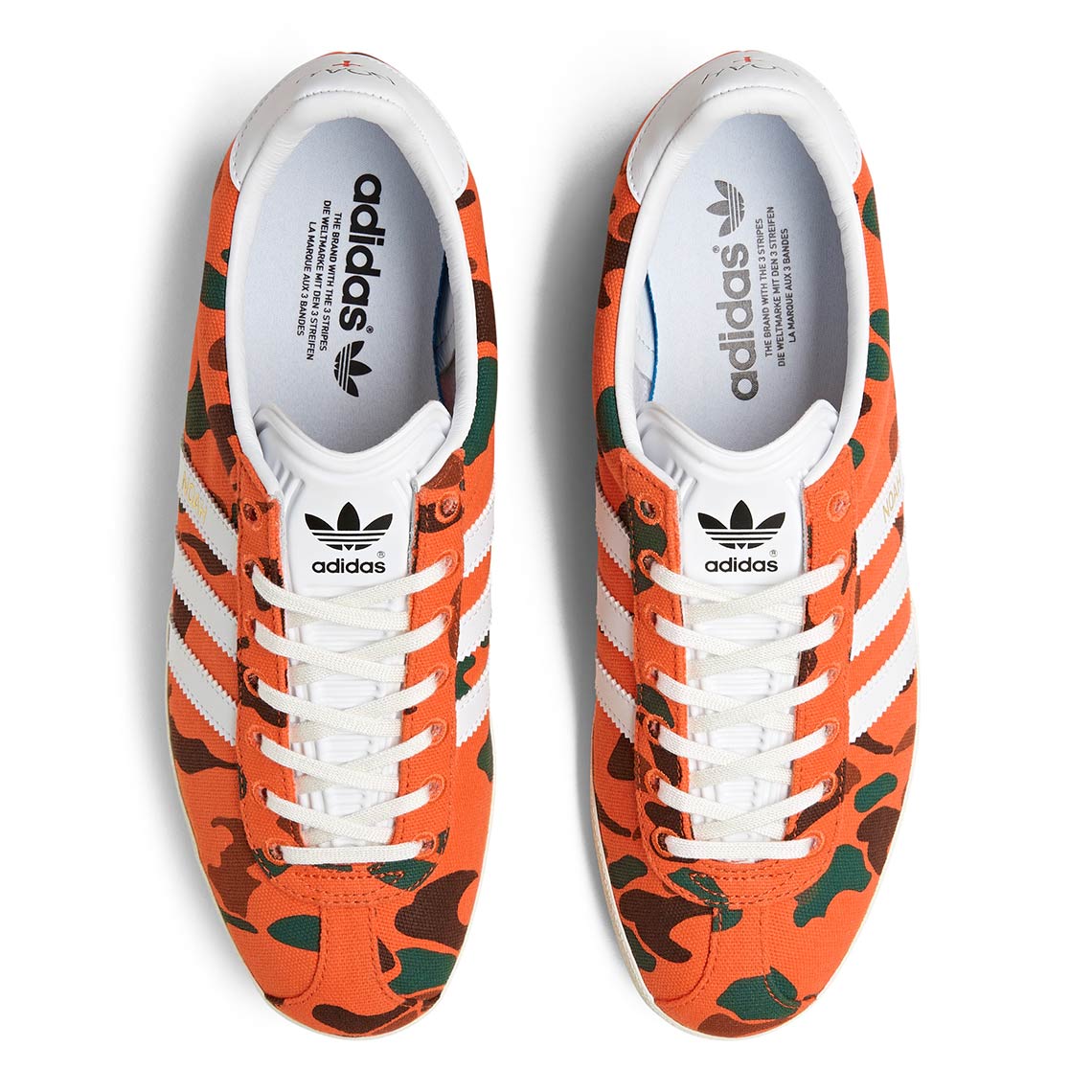 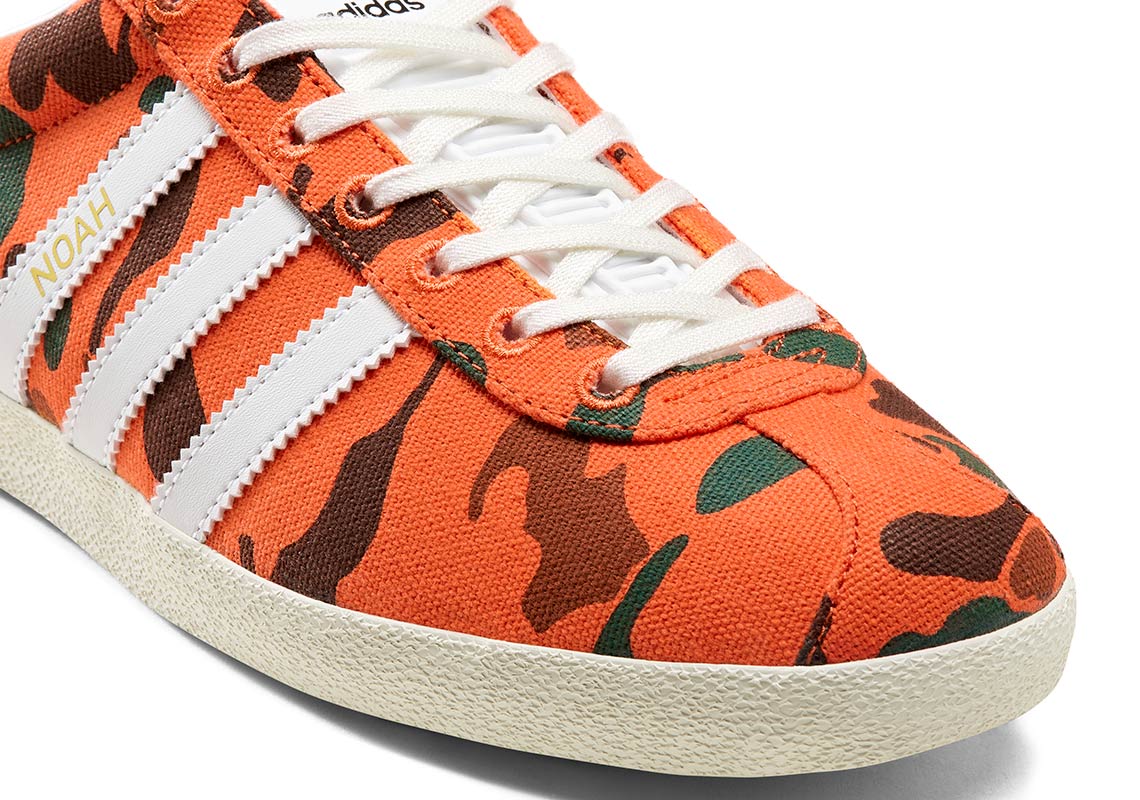 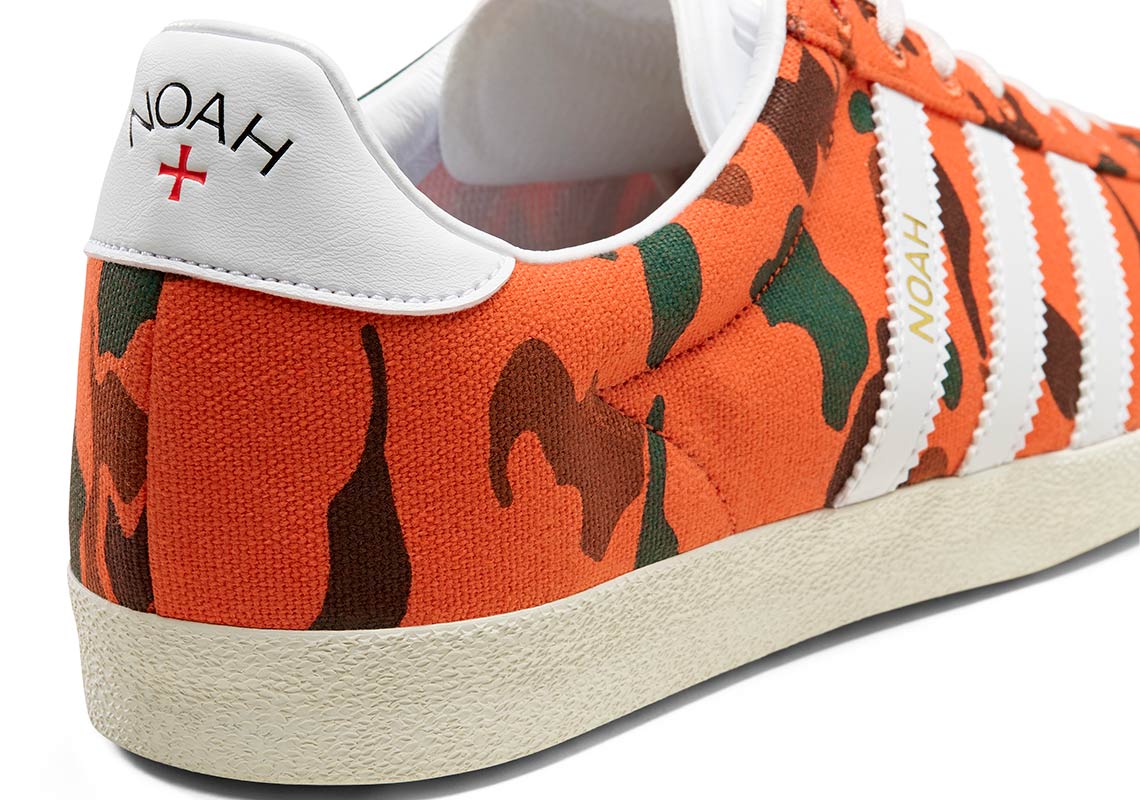 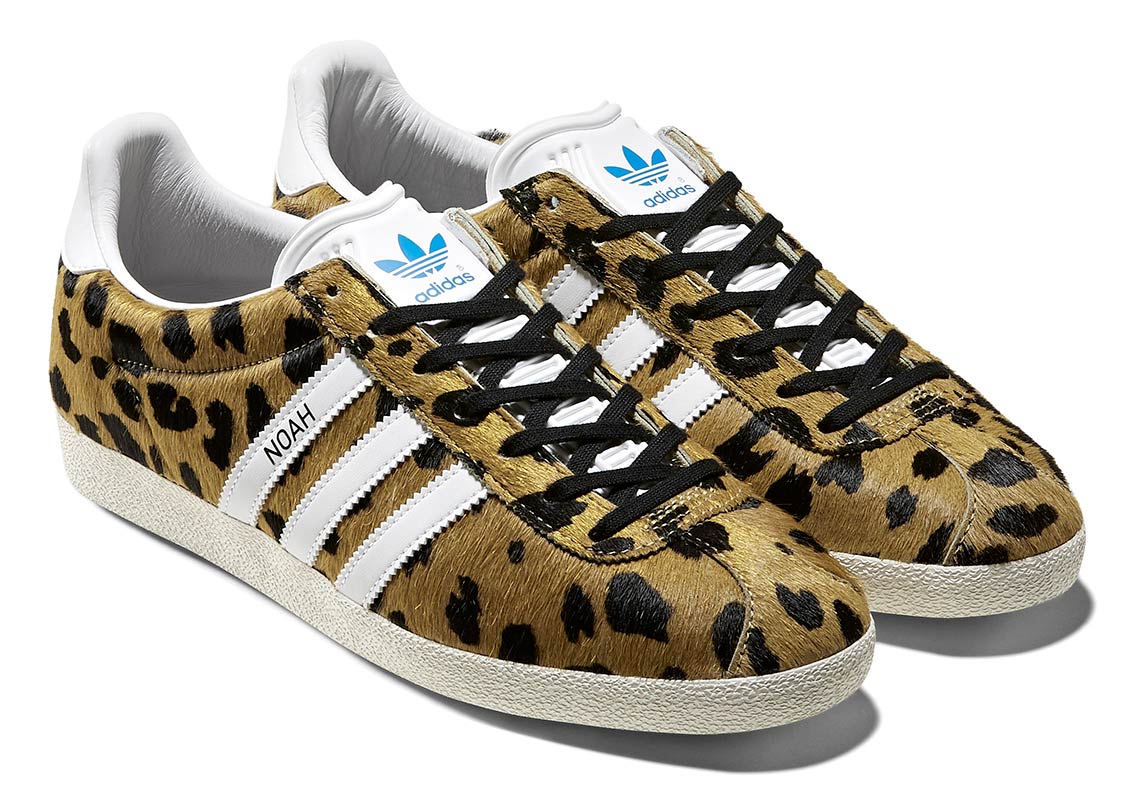 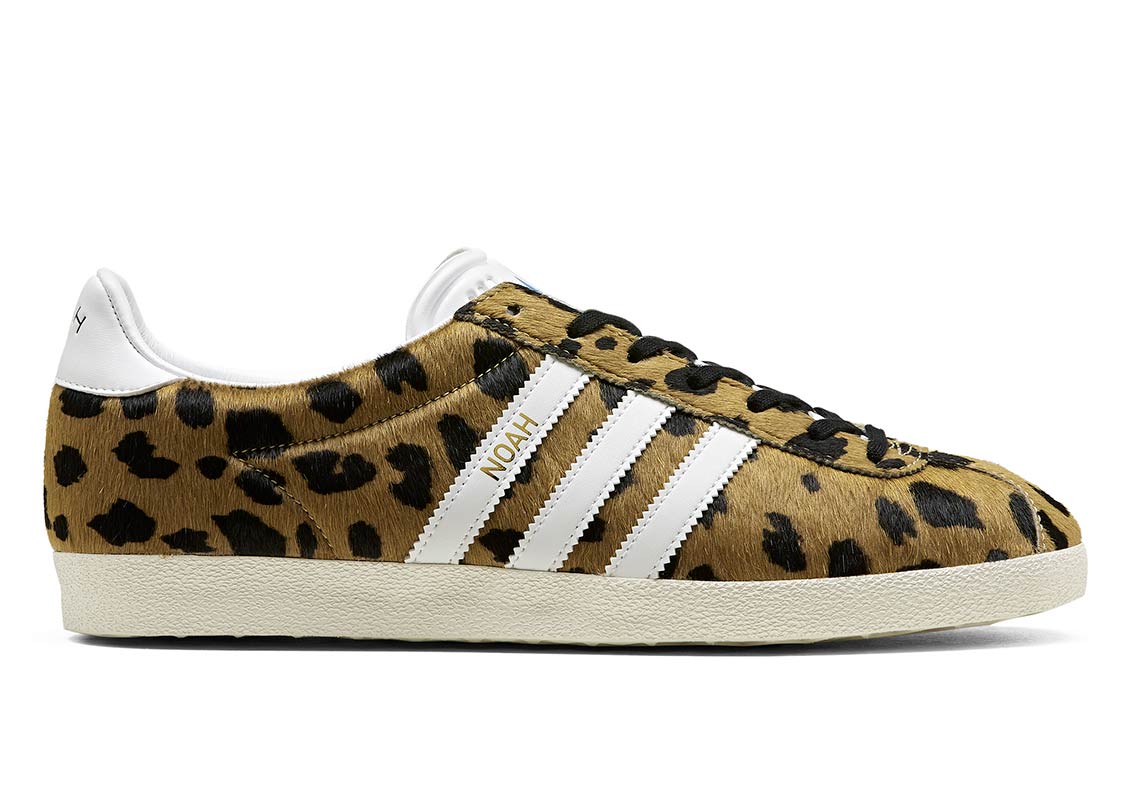 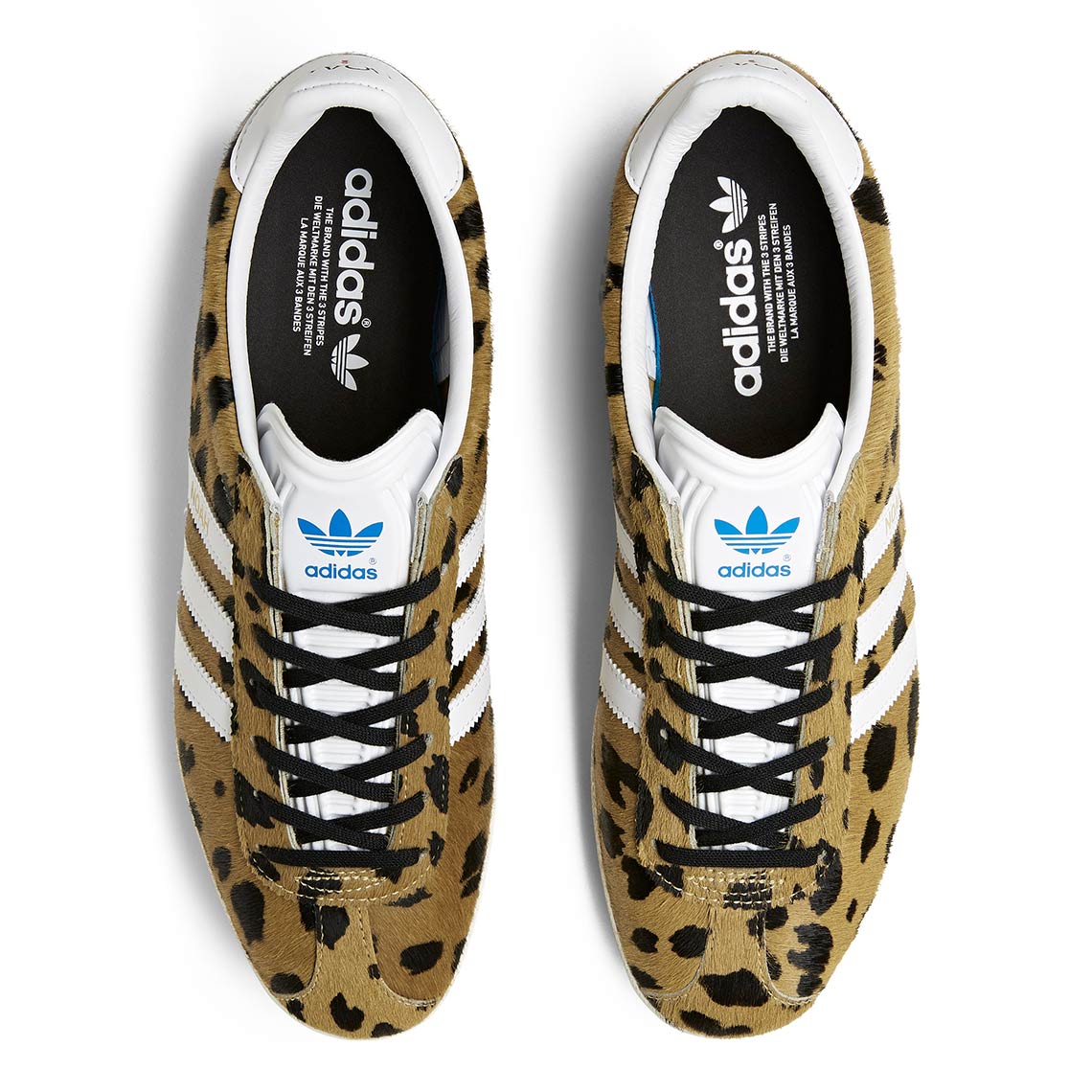 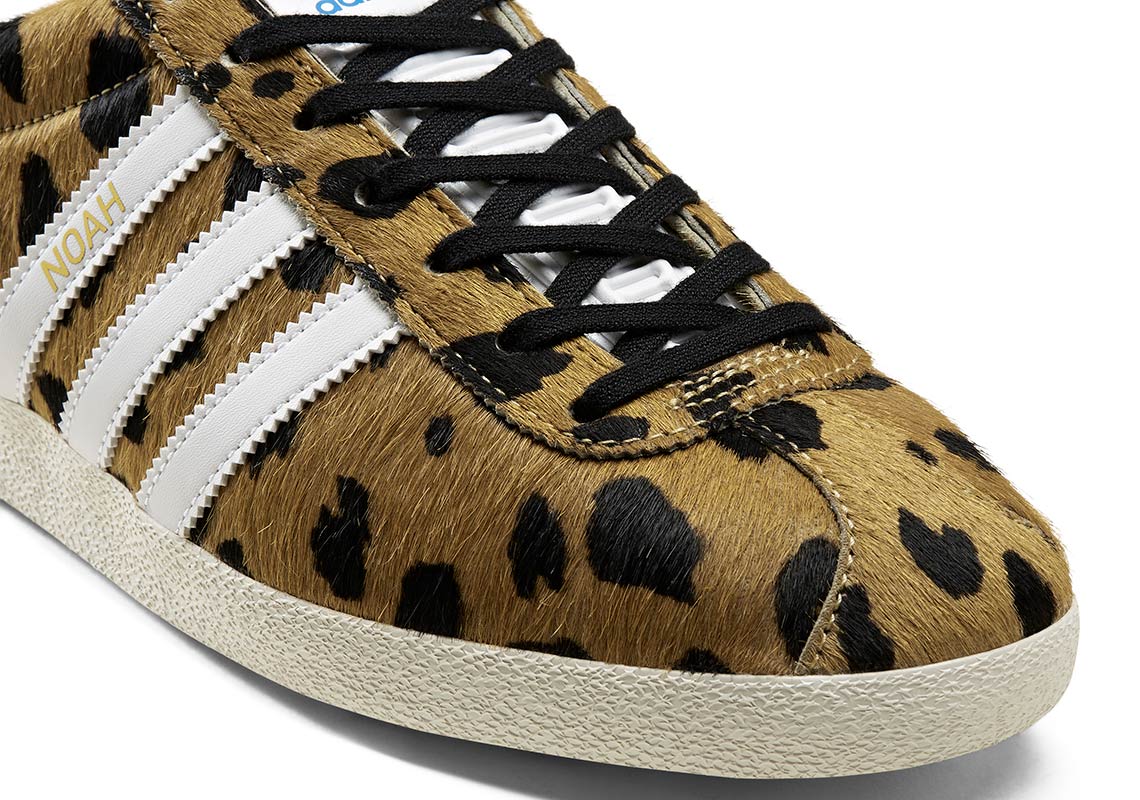 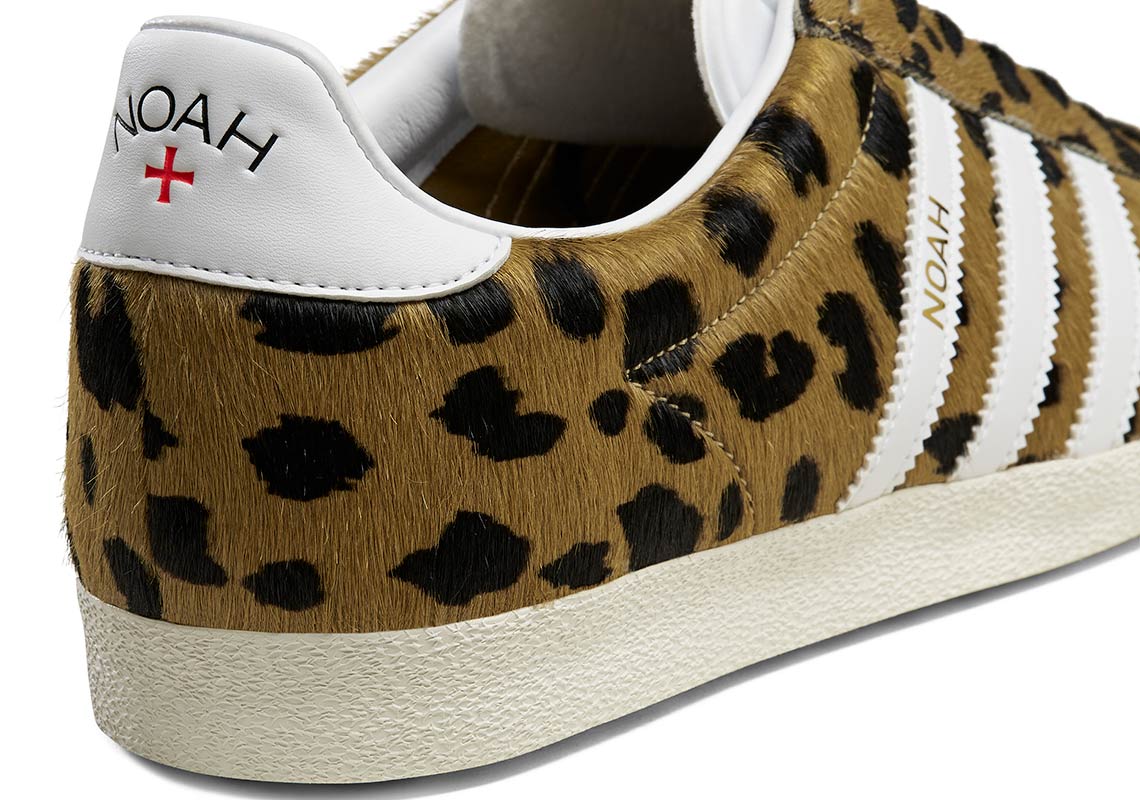