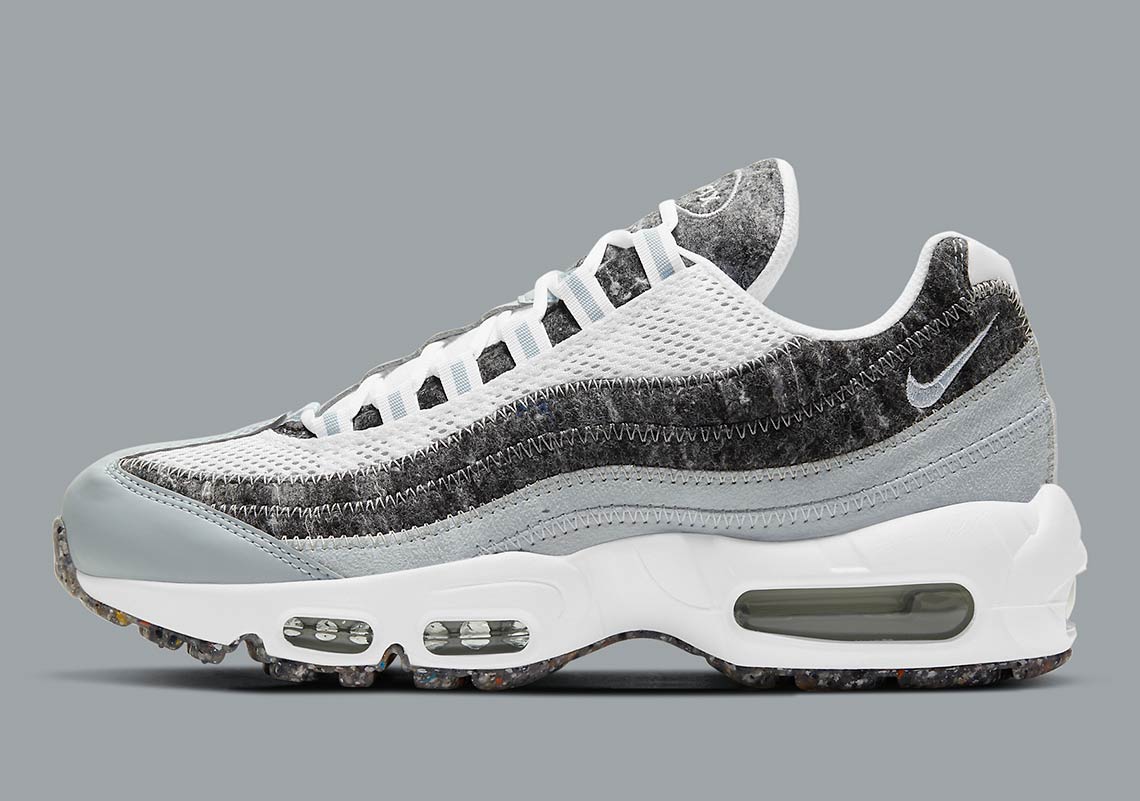 At the start of the Winter, Nike began outfitting many of their silhouettes with woolen materials. And to keep up with their Move to Zero initiative, the brand has opted for recycled swatches, applying them directly to the uppers of the Blazer Mid and the Air Max 95 twice over.

Surfaced once again in a greyscale variation, the latter — which bears the sustainable “Crater” moniker — dresses its middling layers in a dark wool, one far more hairy than what’s typically found on outerwear and suiting. The tongue follows suit in such construction, while the elements adjacent contrast in their white laces, eye stays, open knit mesh, and lining. Below, a robust smooth leather and suede outfit the toe cap and mudguard, respectively, each hued in the very same blue-tinged grey. The sole, then, hues achromatic so as to better pair with the imperfection-heavy Grind outsole.

Grab a detailed look at this latest Air Max 95 Crater here and expect a release to arrive at Nike.com within the coming months.

For something from the Three Stripes, check out the NASA adidas Ultra 4D. 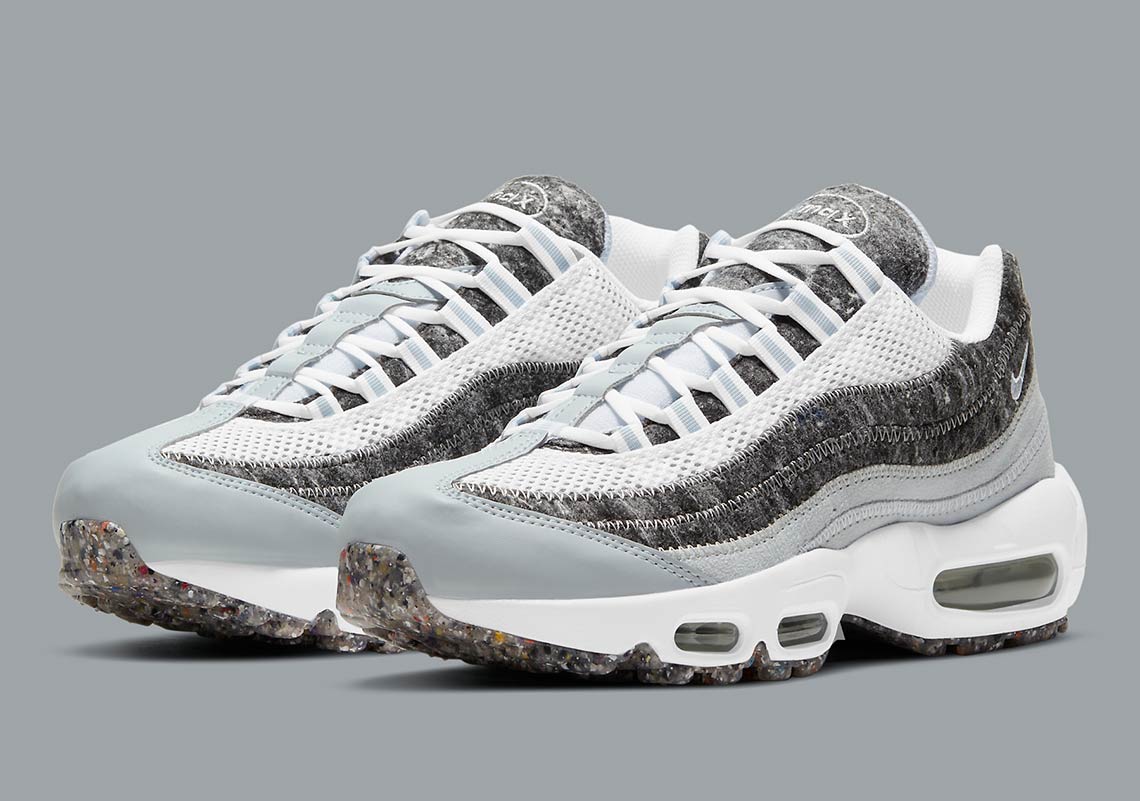 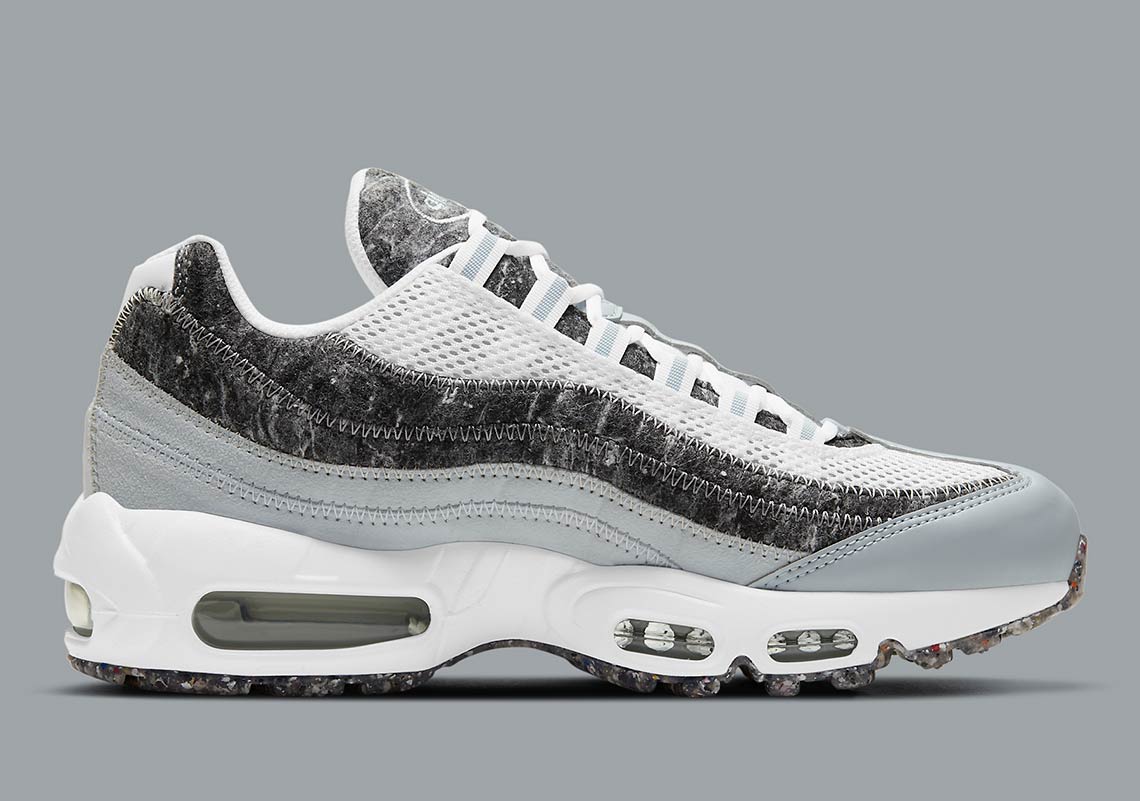 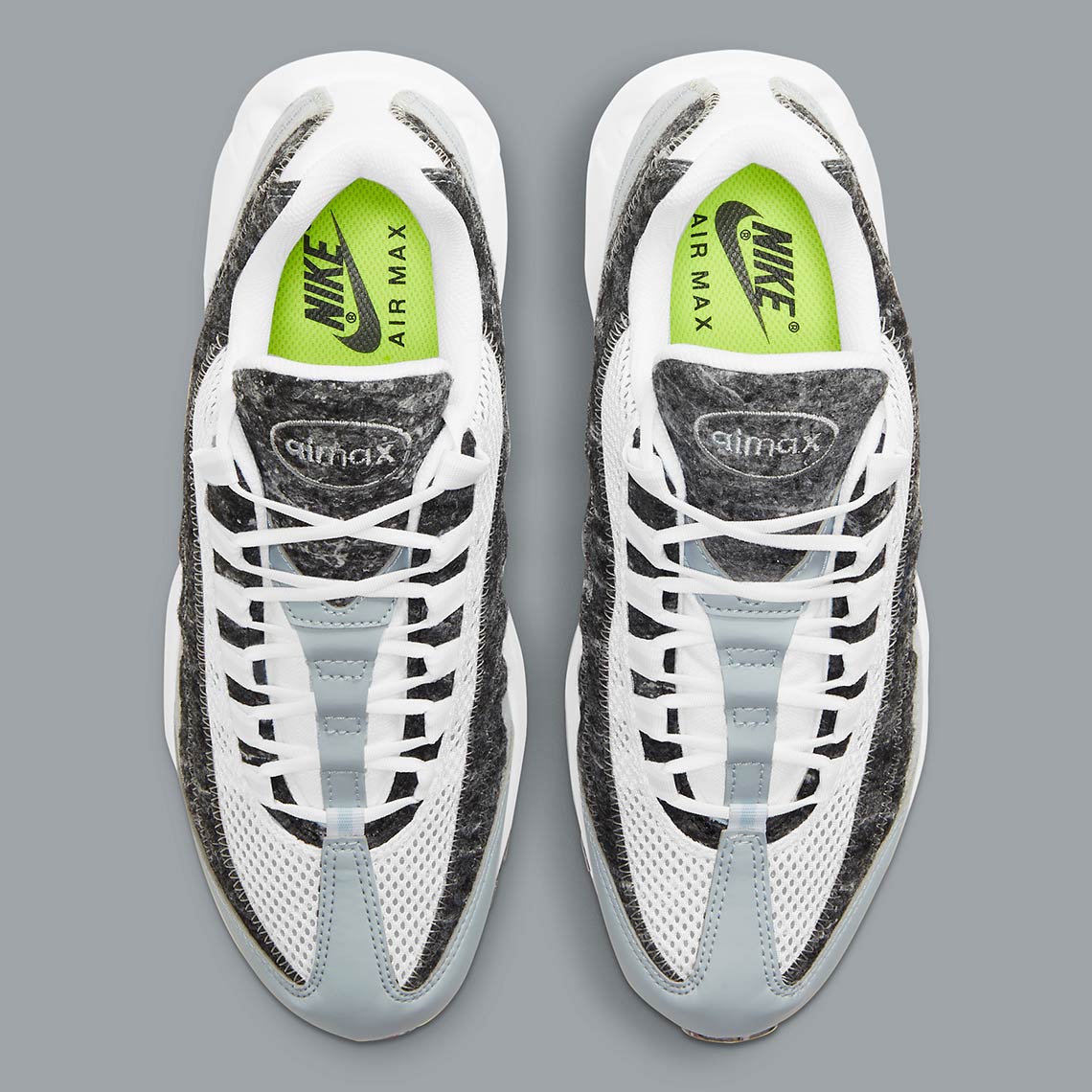 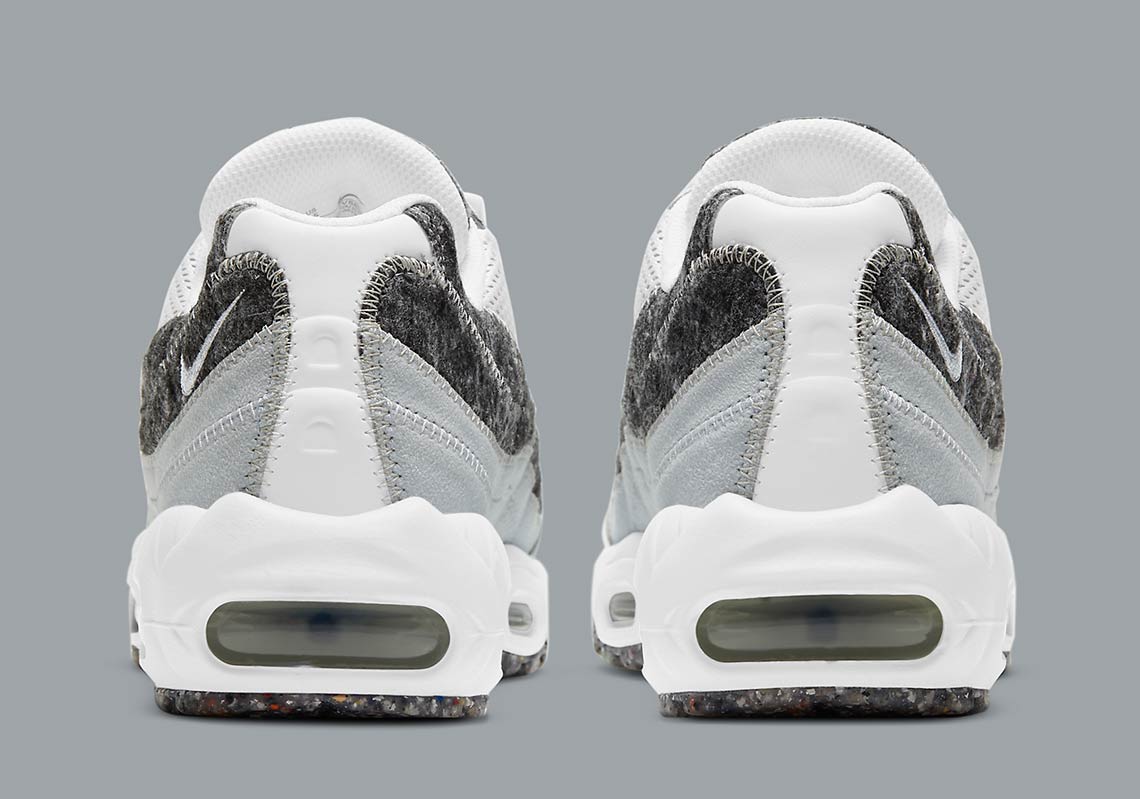 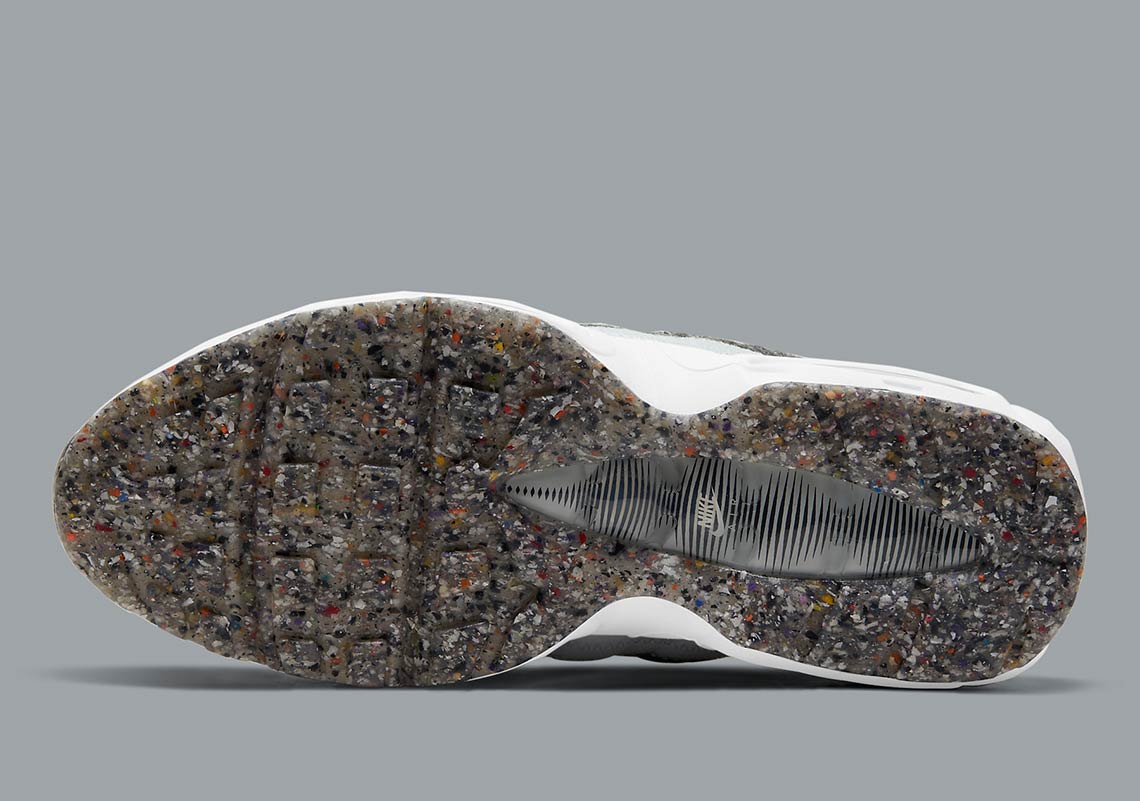 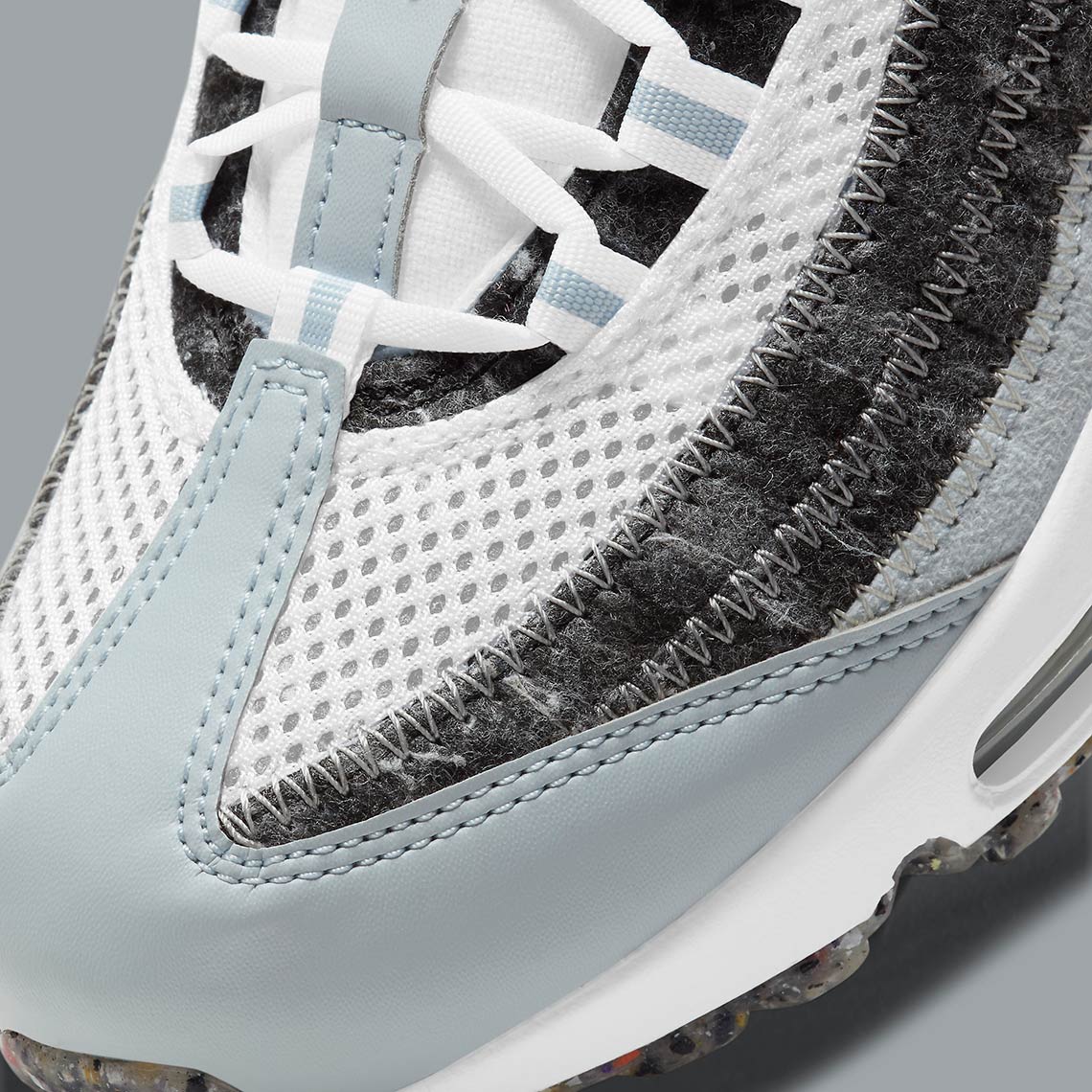 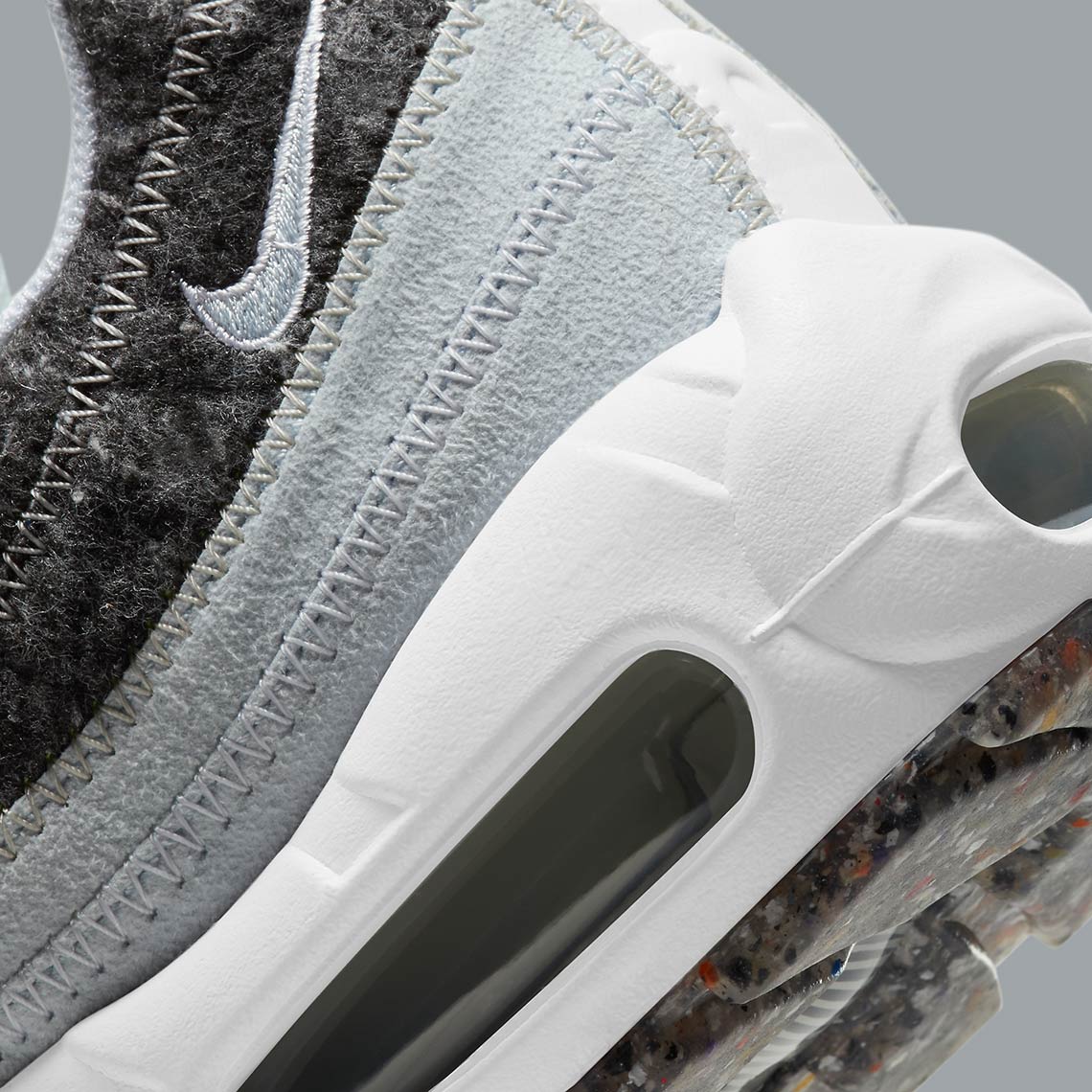