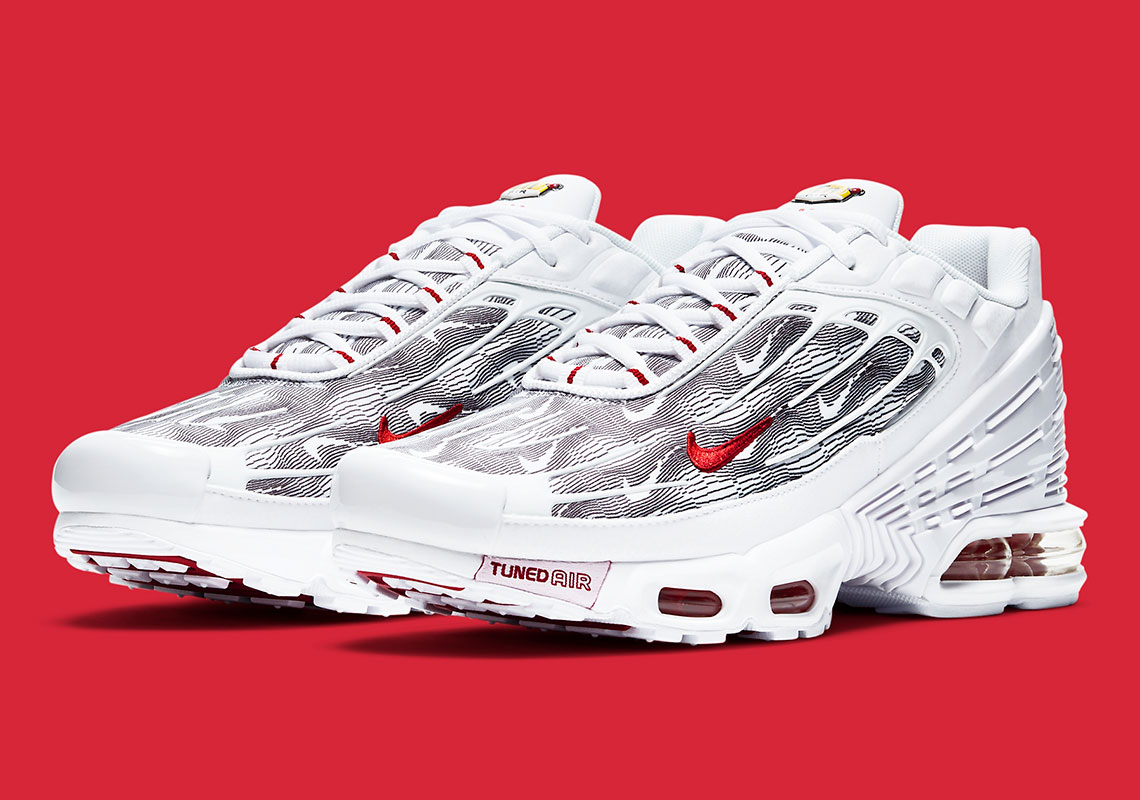 When it comes to Nike’s Air Max Plus line, the Air Max Plus 3 hasn’t been the main topic of conversations as often as its predecessors. However, the model is far from lacking in the colorway department. The Air Max 3 gets red, white, and graphic as it joins Nike’s upcoming “Topography Pack”, ready to regain momentum in the sneaker scene.

The Tuned Air model sports clean white uppers that feature a pattern of repeated and imperfect black outlines of swooshes, inspired by the irregular contour lines on topographic maps. The Blazer, Air Force 1, and Air Max Plus are other silhouettes to receive the topographic treatment. The uppers’ TPU overlays and the midsole of the Air Max Plus 3 are also in white. To break the grayscale color palette, red is used for the branding, on the lace loops, and in the Air Unit. In true Air Max Plus fashion, the signature yellow Tn Air badge on the tongue as a certification of style and Tuned Air comfort.

The Air Max Plus 3 will be available at Nike.com, with a released date to be announced soon. In other Nike news, a new Air Max 90 is arriving in time for its 30th anniversary. 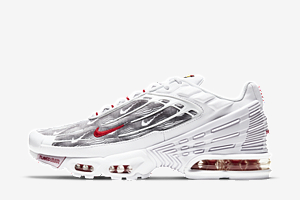 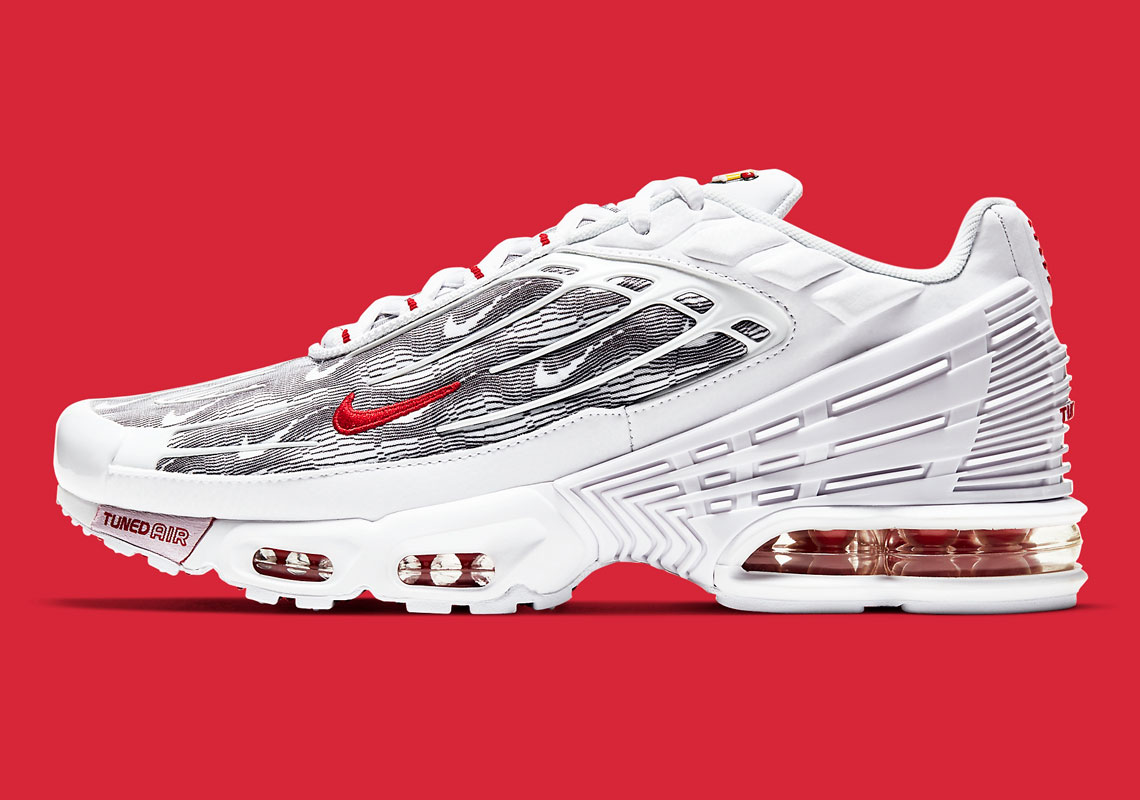 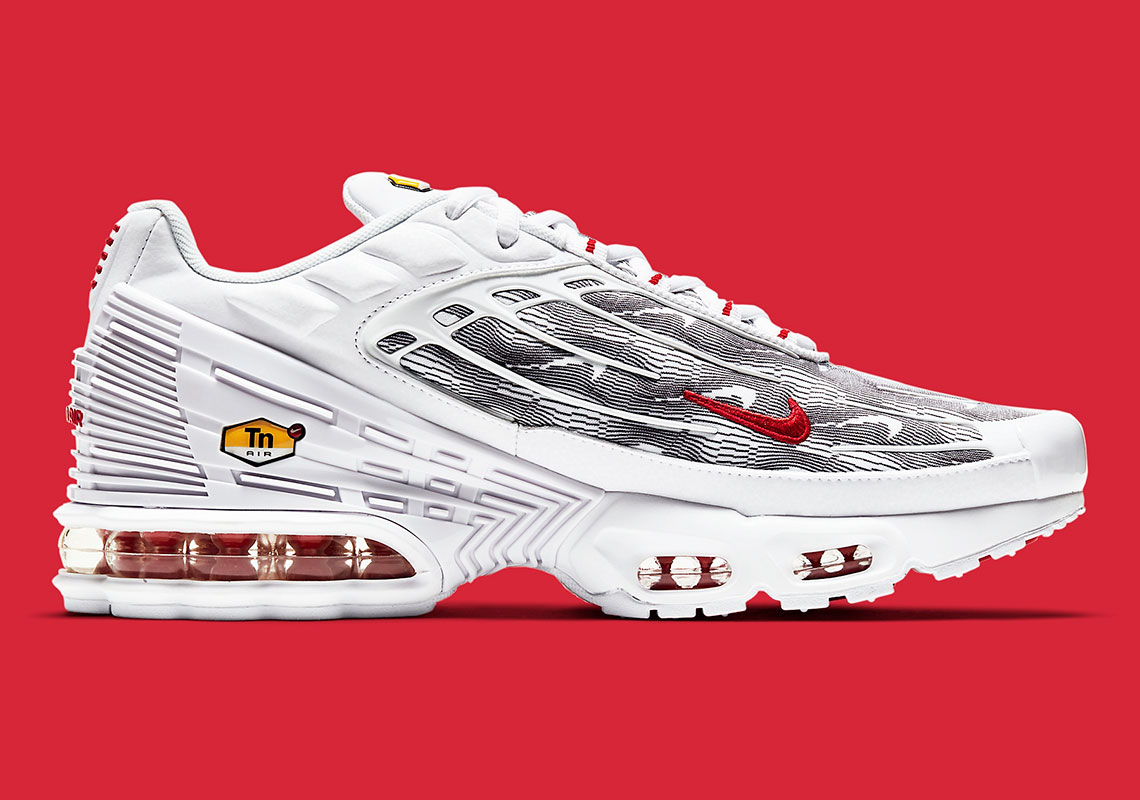 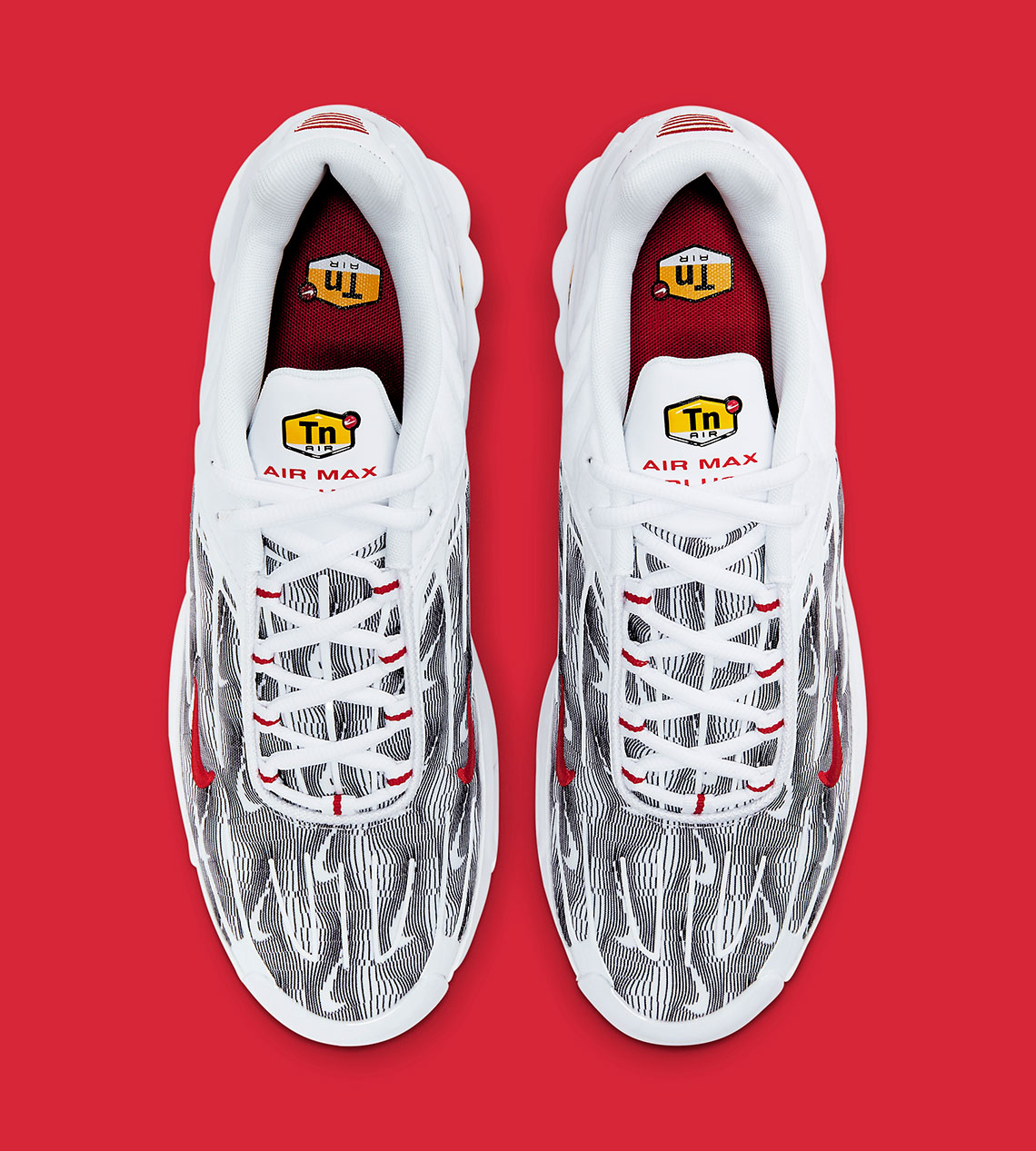 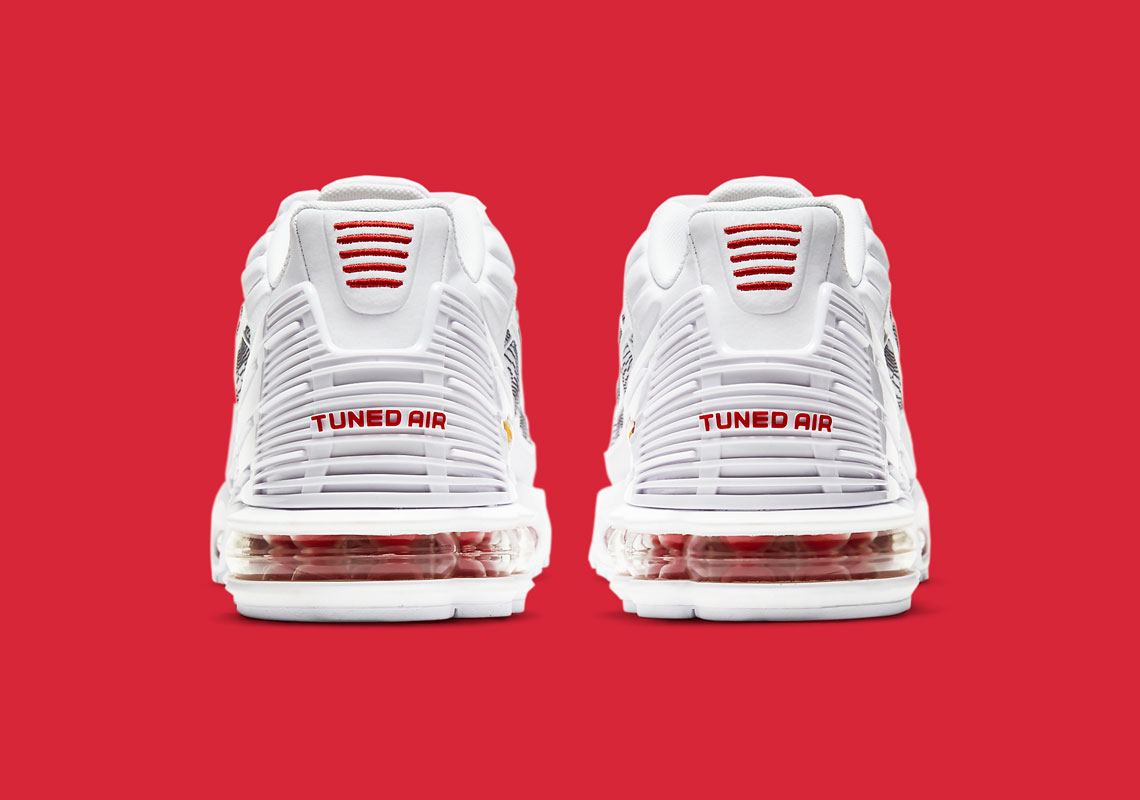 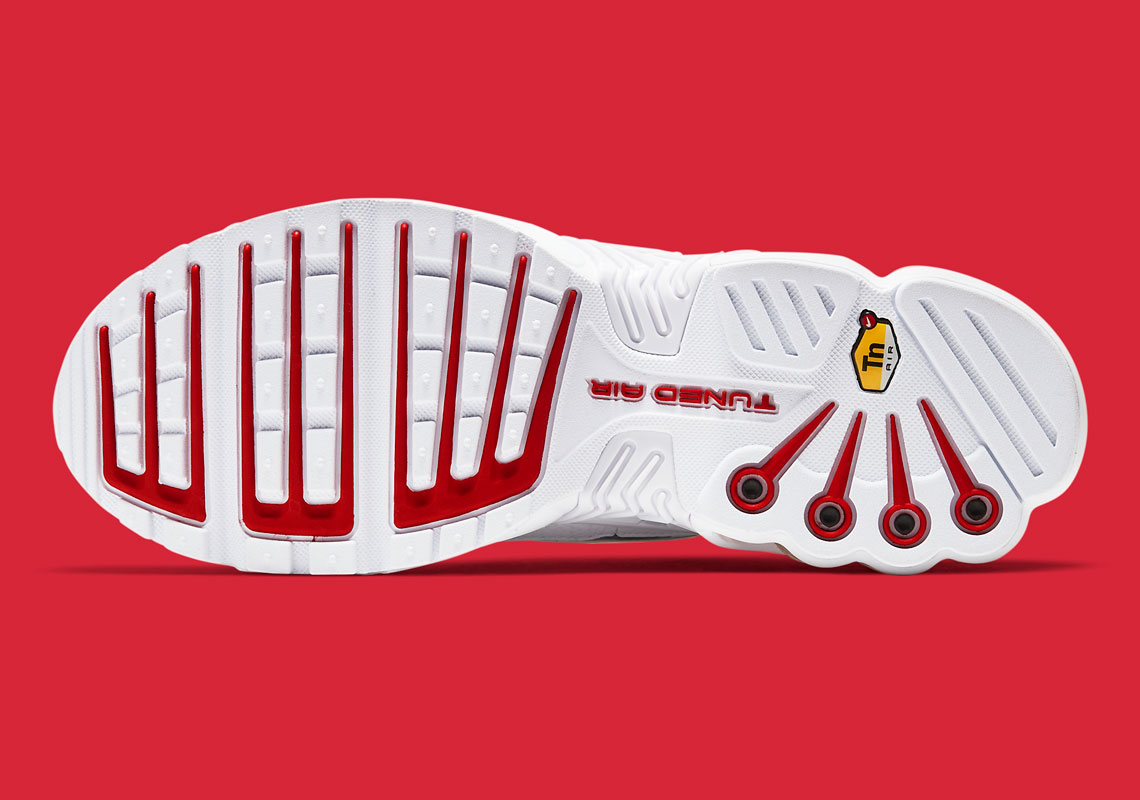 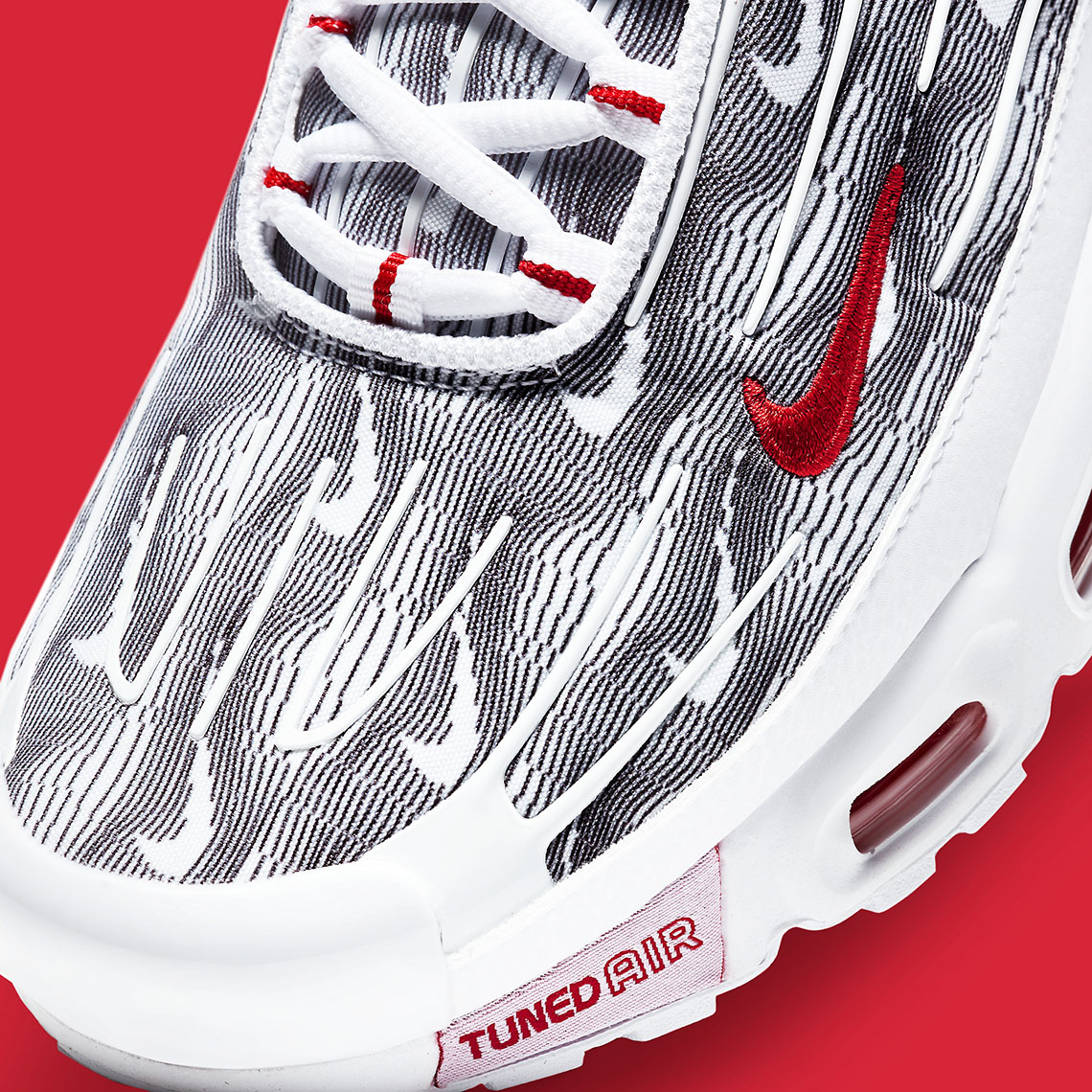 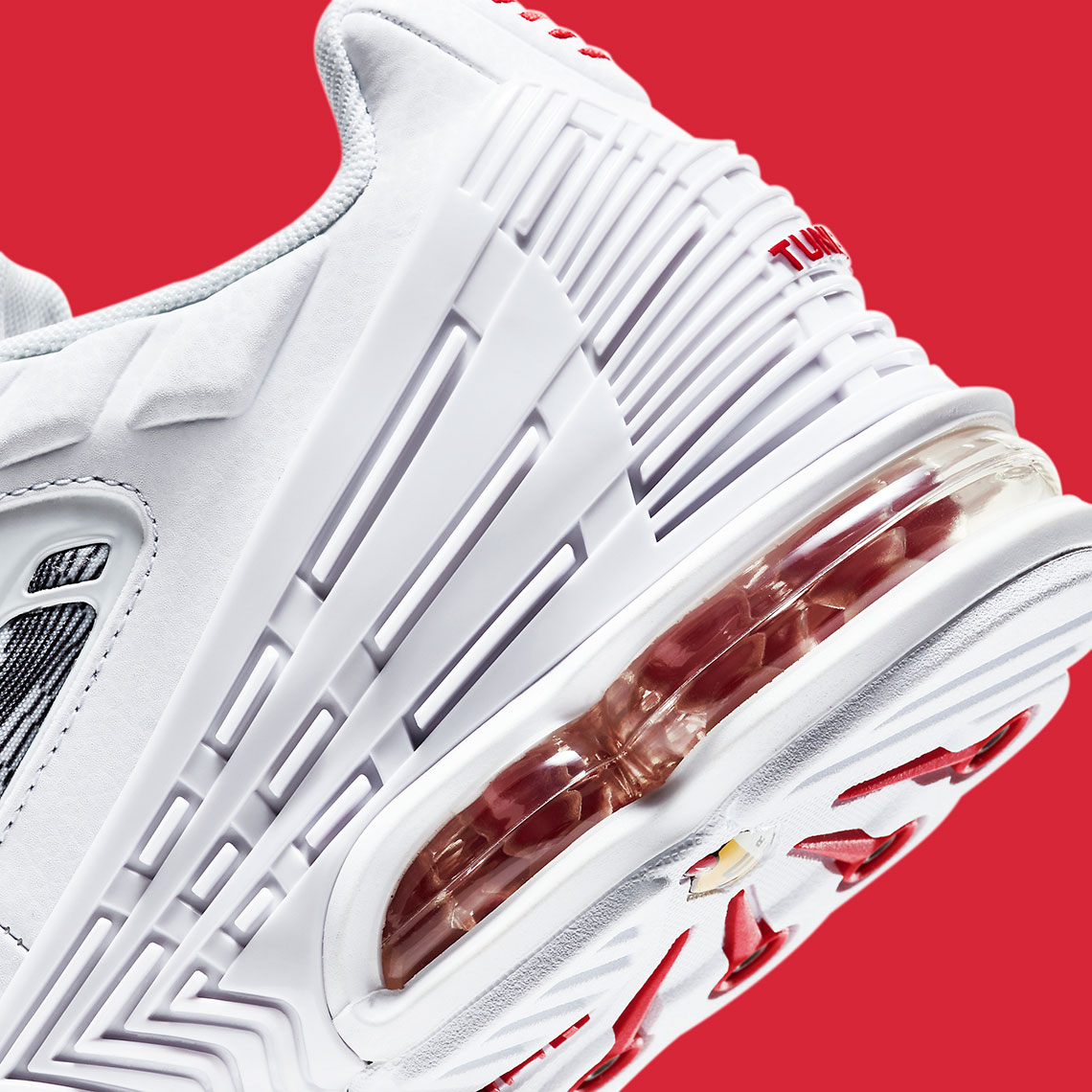