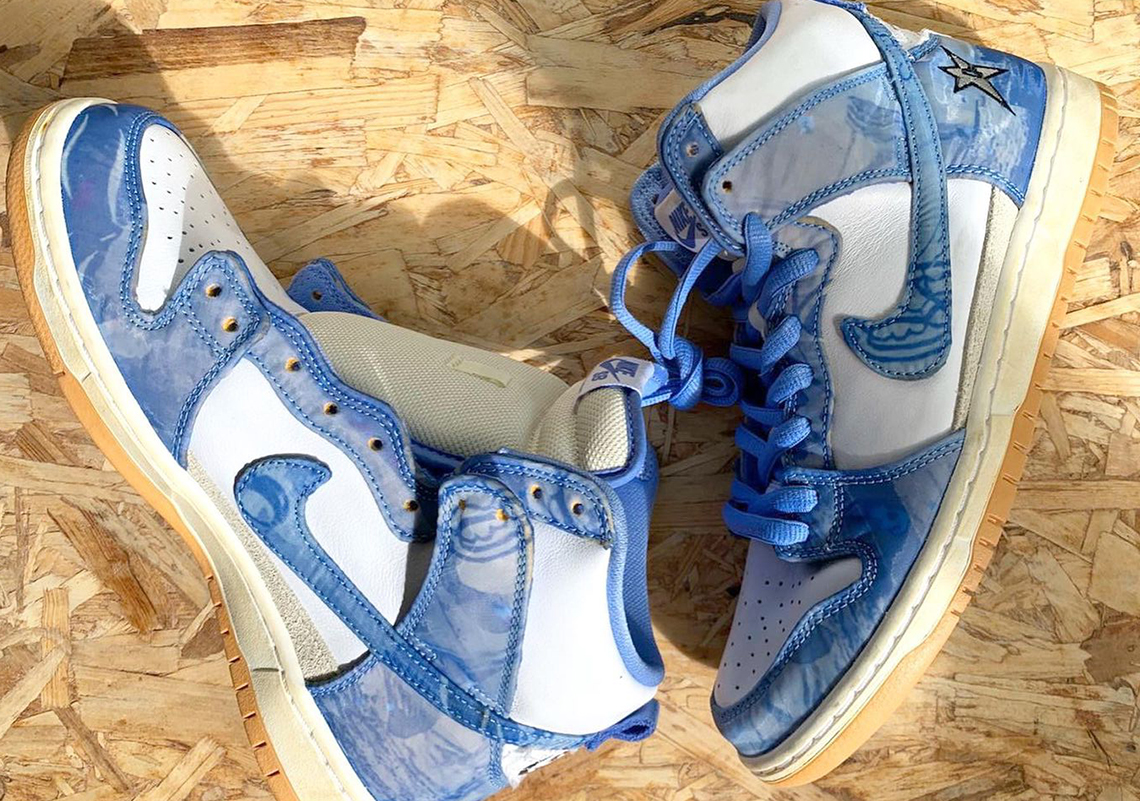 “Habibi,” in the context of Frame Skate‘s Dunk Low, was used as a symbol of love for the city they made their home. But by way of Carpet Company’s upcoming Nike SB Dunk High, the endearing term’s context is entirely changed as it now refers to the two brothers that make up the small but buzzworthy imprint.

Producers of 1-of-1 tees and boards, Carpet Company has effectively brought their DIY energy to the panels of the beloved silhouette. Light blues tint the overlays — toe cap, swoosh, eye stay, etc. — each further marked with a zoomed-in, mostly obscured print. And though they’re applied to a base of canvas, the graphics create a deceptively holographic finish, one due likely in part to the intentionally low fidelity. Elsewhere, adjacent to the aged yellowing of the midsole and tongue, the duo have added quite a few playful touches: the back heel embroiders with a misshaped star, the insole fully covers with a cap-wearing figure, bold “CARPET” branding marks the outsole, and many a motif can be found on the tabs. What’s more, as a visible sign off, the counter ends with this message: “BROUGHT TO YOU BY THE HABIBIS AT CARPET COMPANY.”

For a better look at this detail-packed sample, keep scrolling. According to rumor, a release should be arriving in early 2021.

UPDATE 12/4/2020:
According to close friends of Carpet, this revealed Dunk High is actually one of the collaboration’s earliest samples. The final product should be appear quite different. 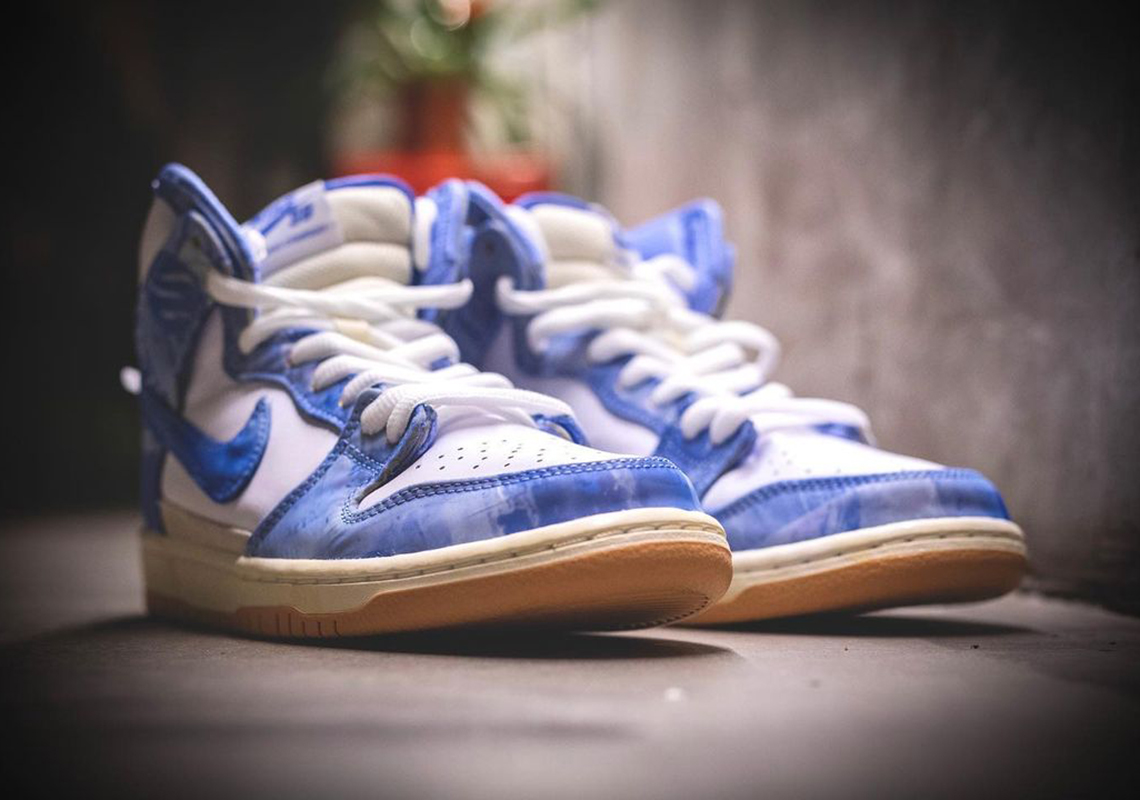 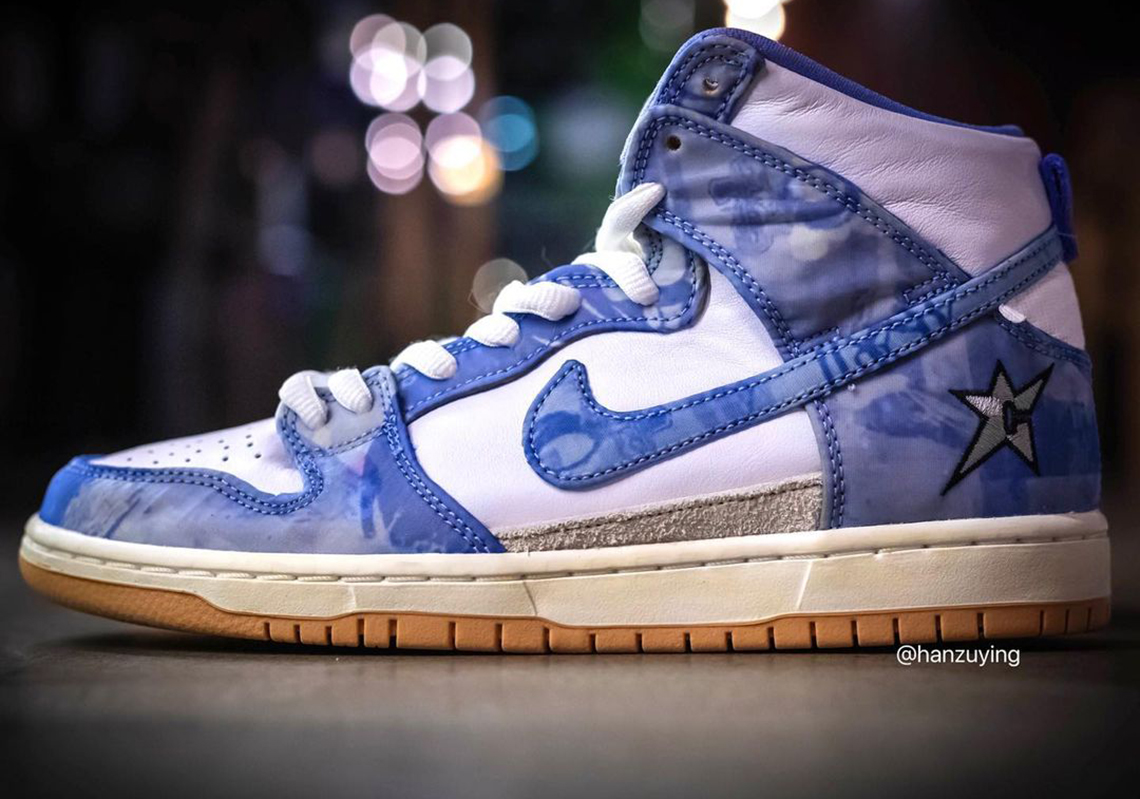 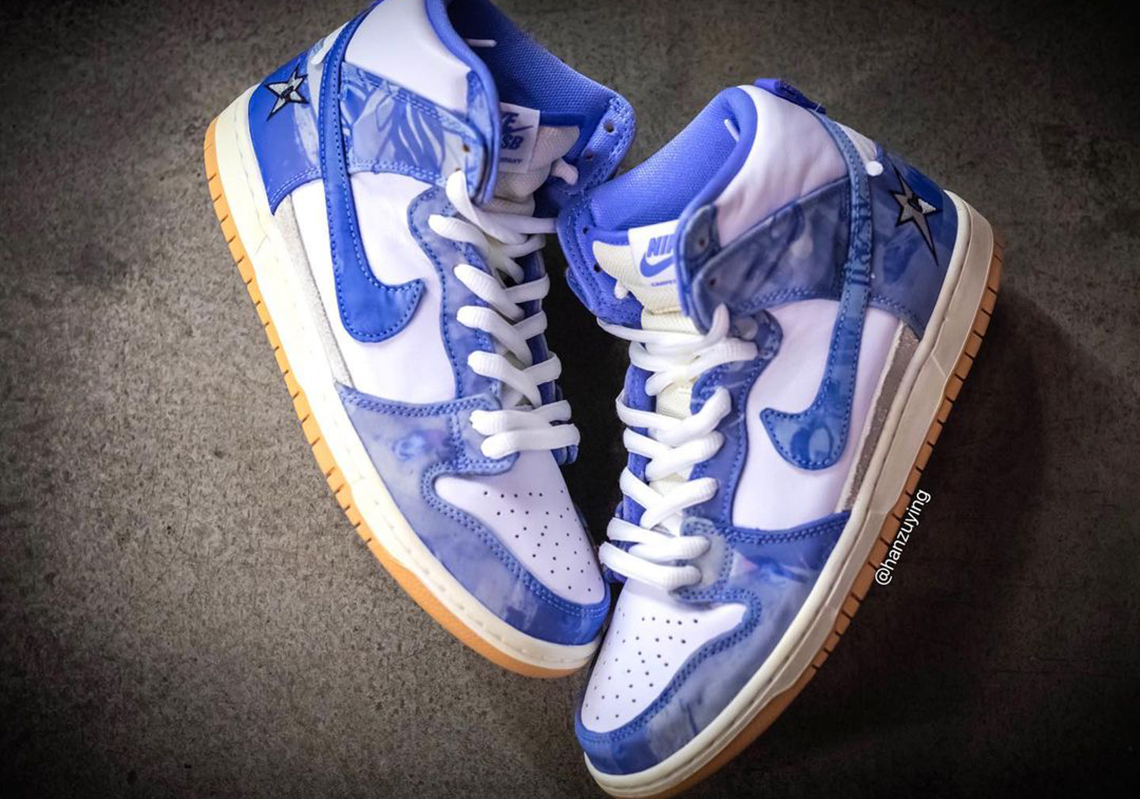 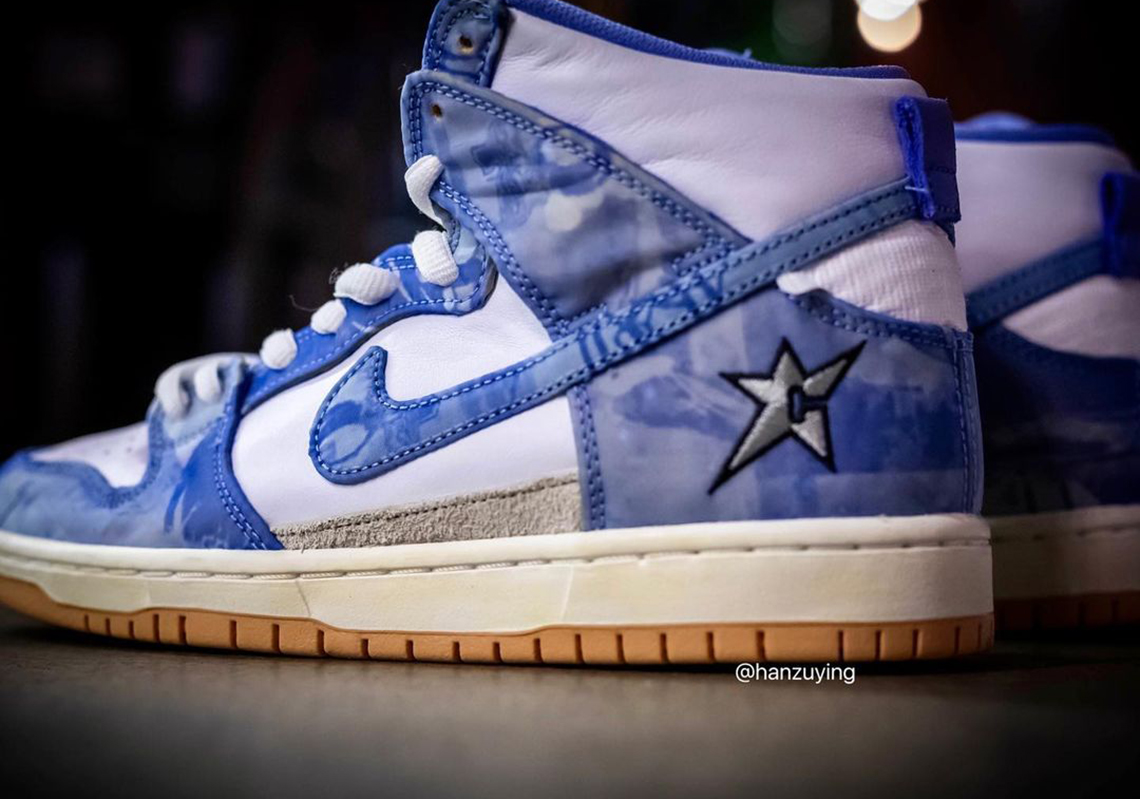 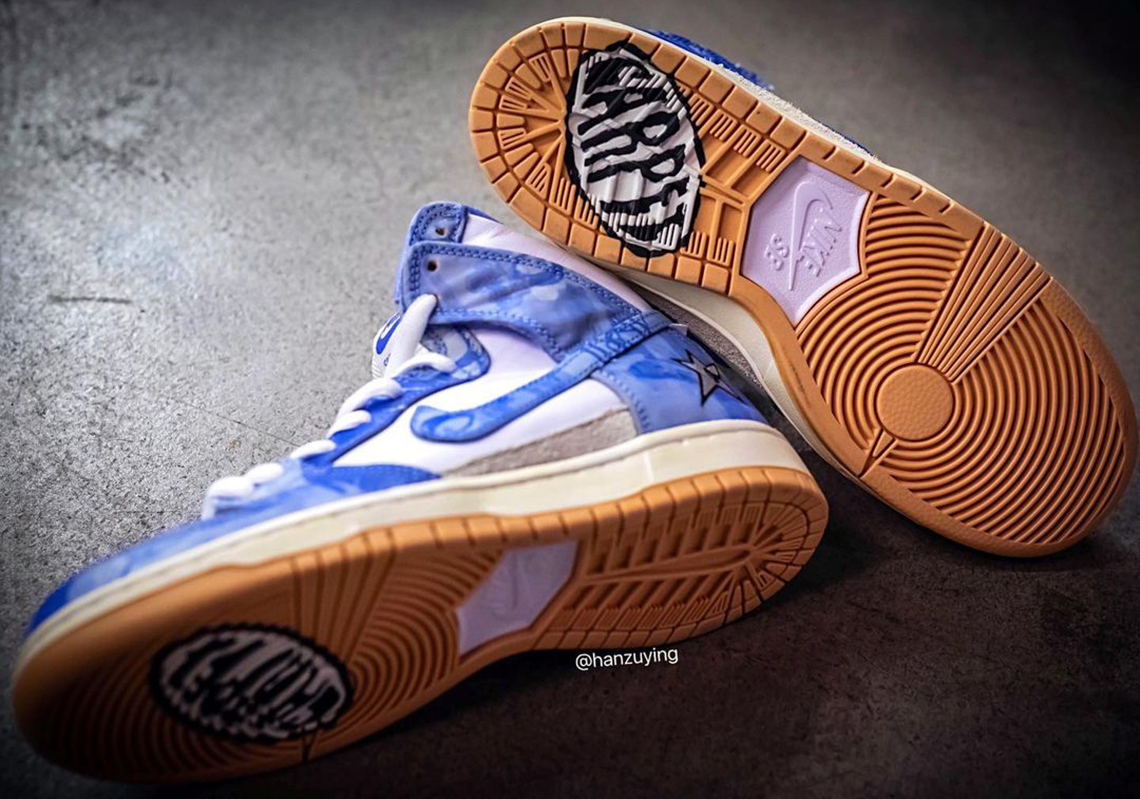 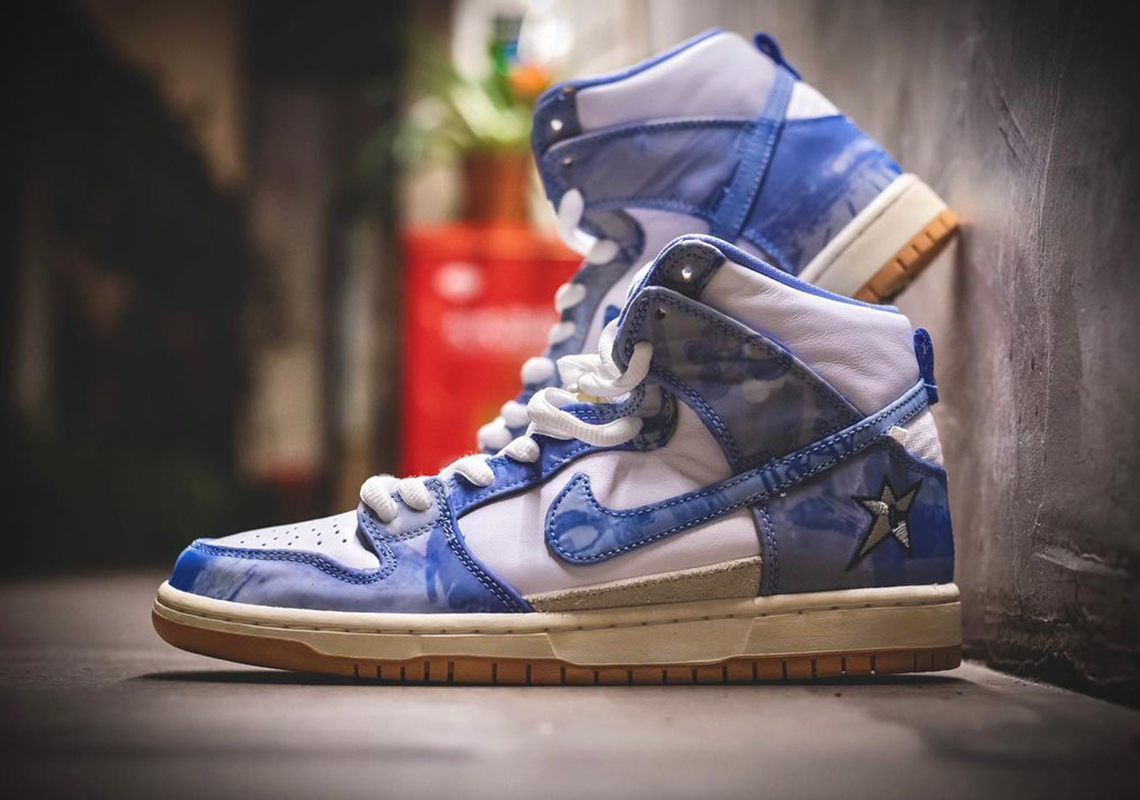 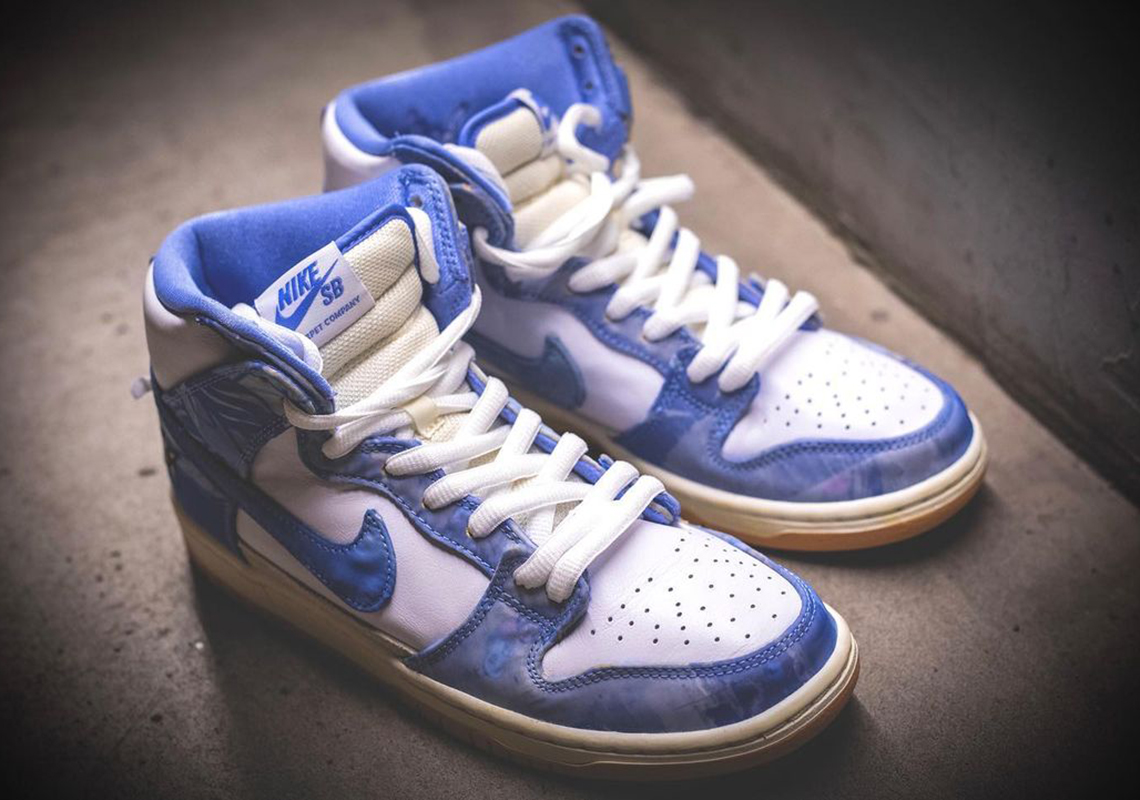 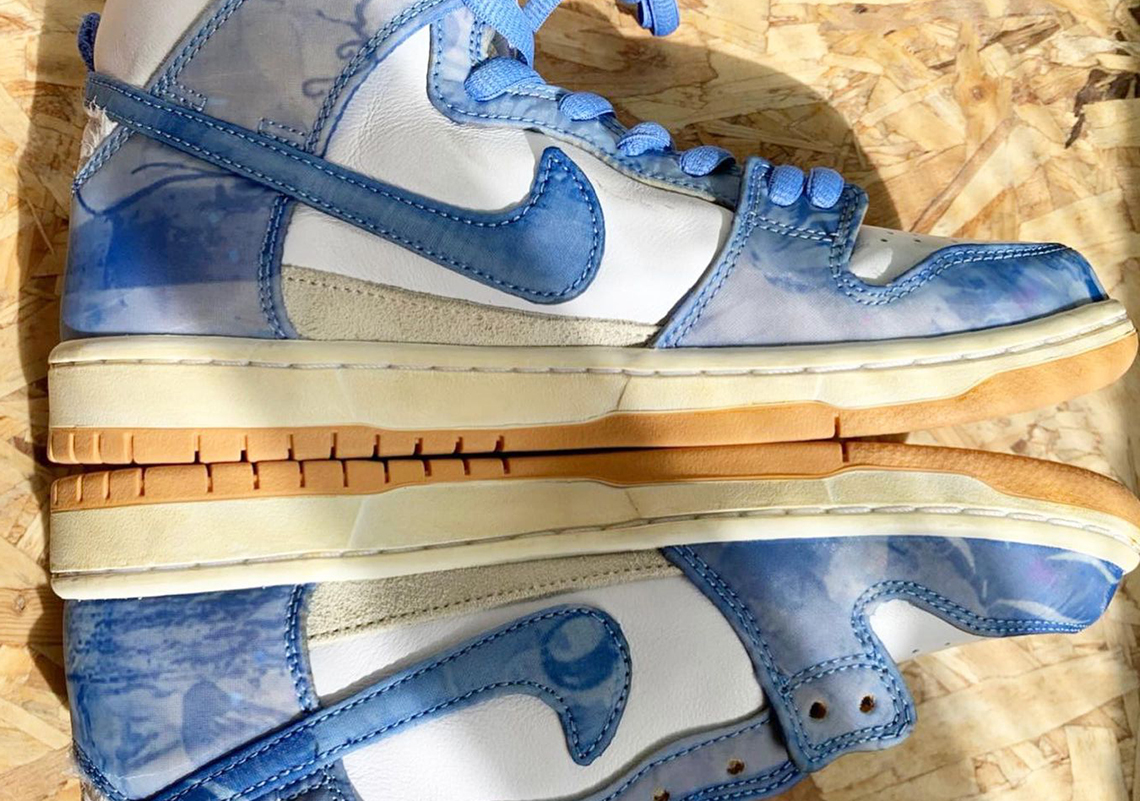 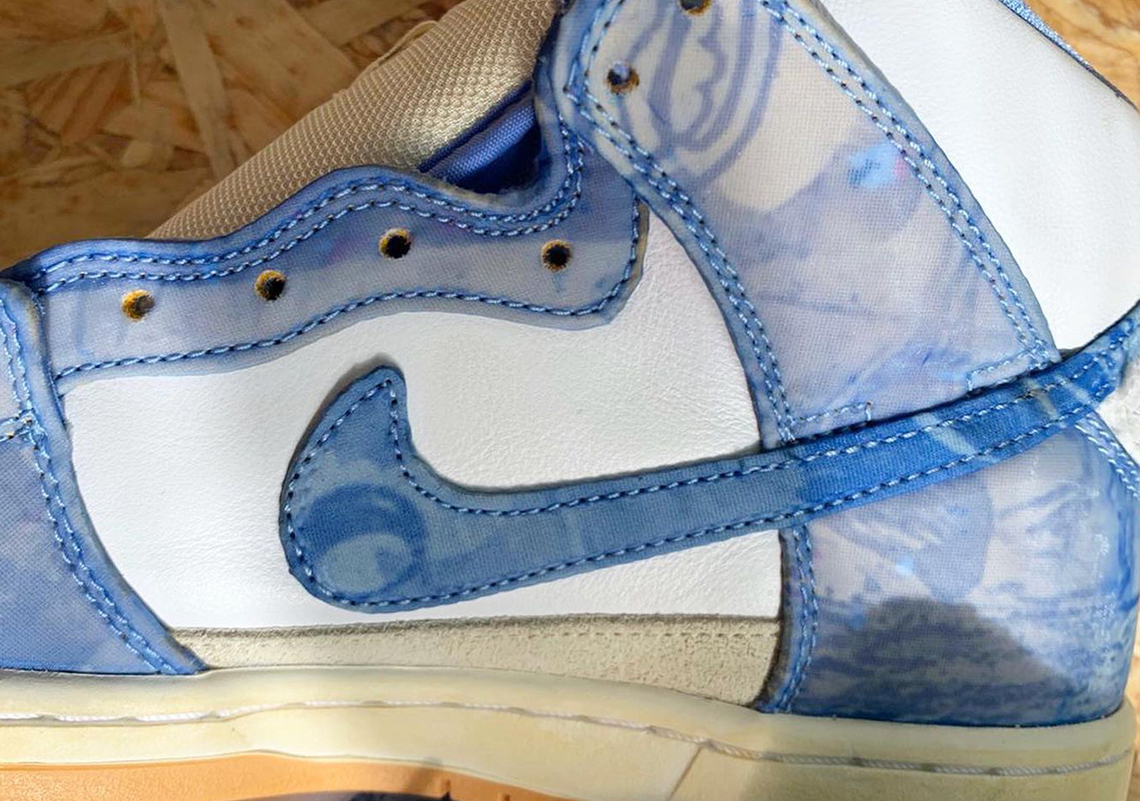 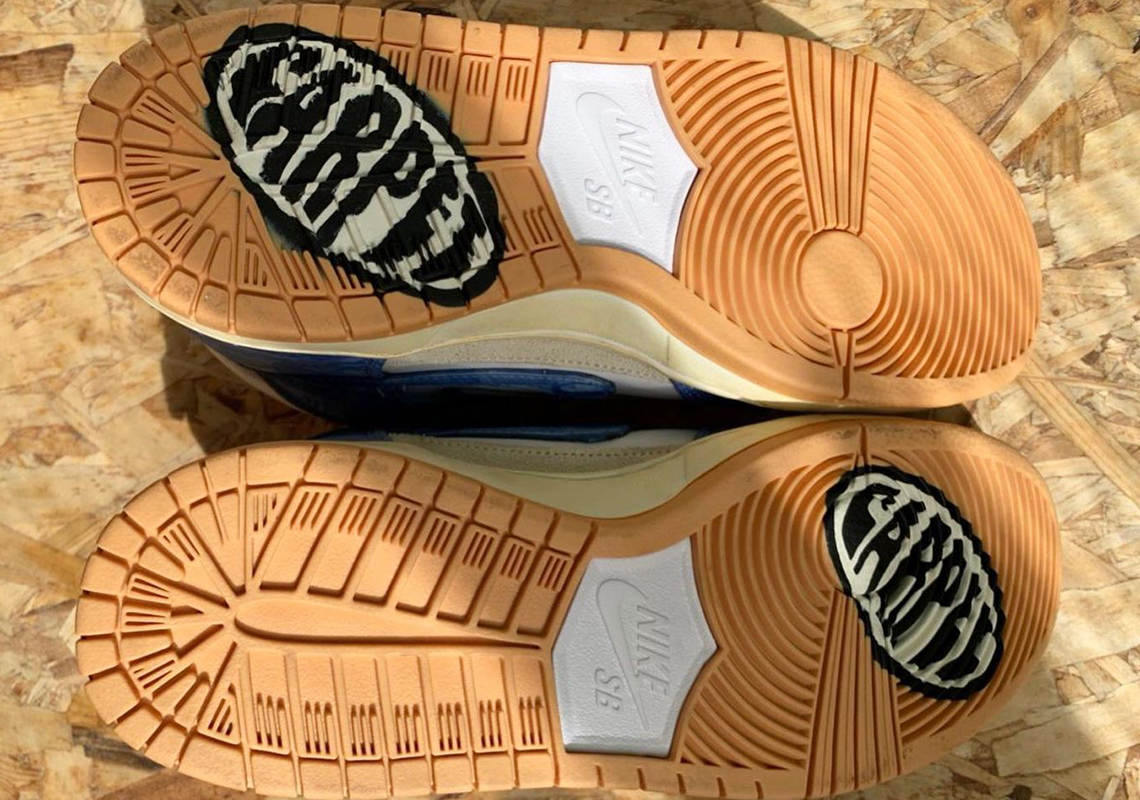 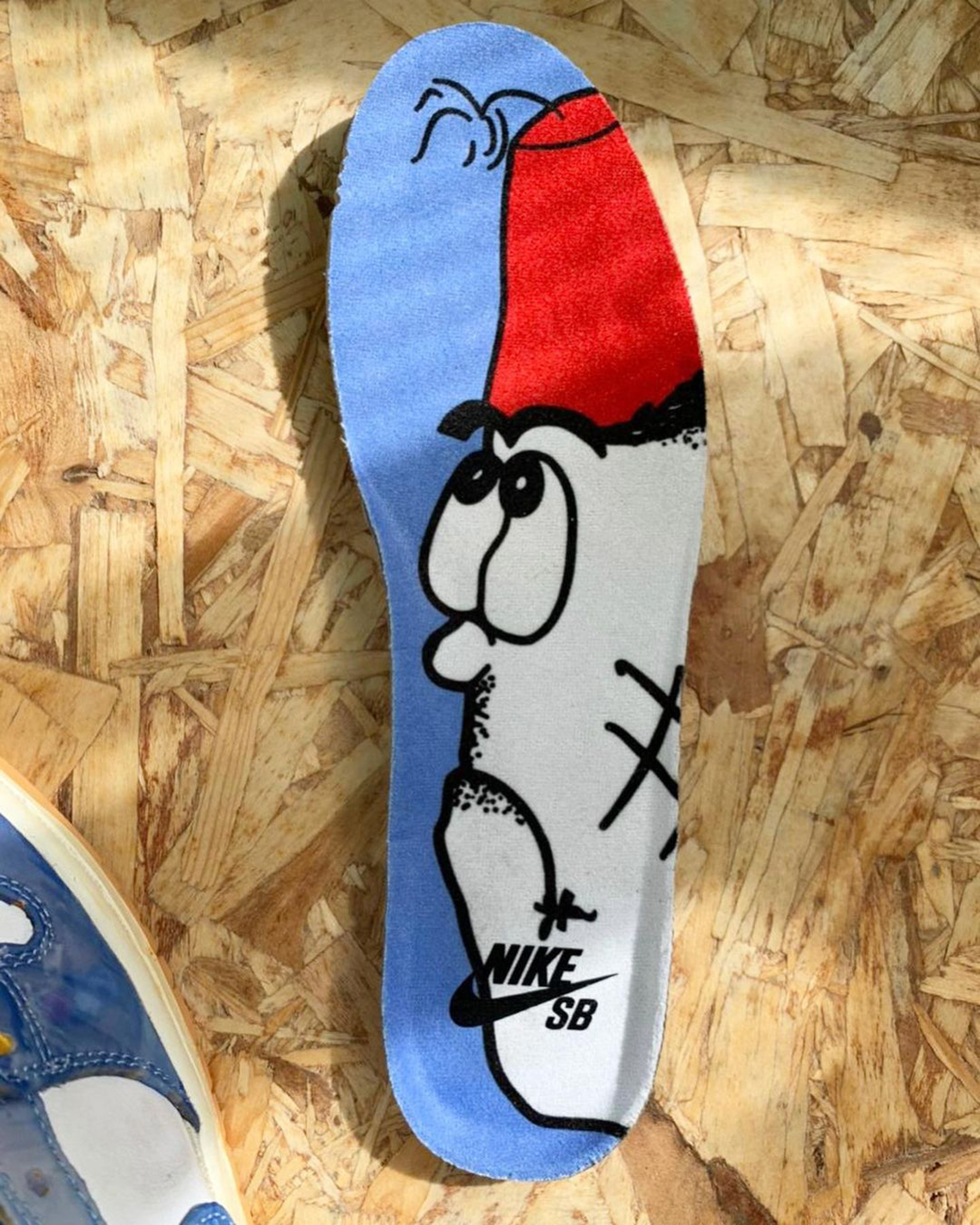 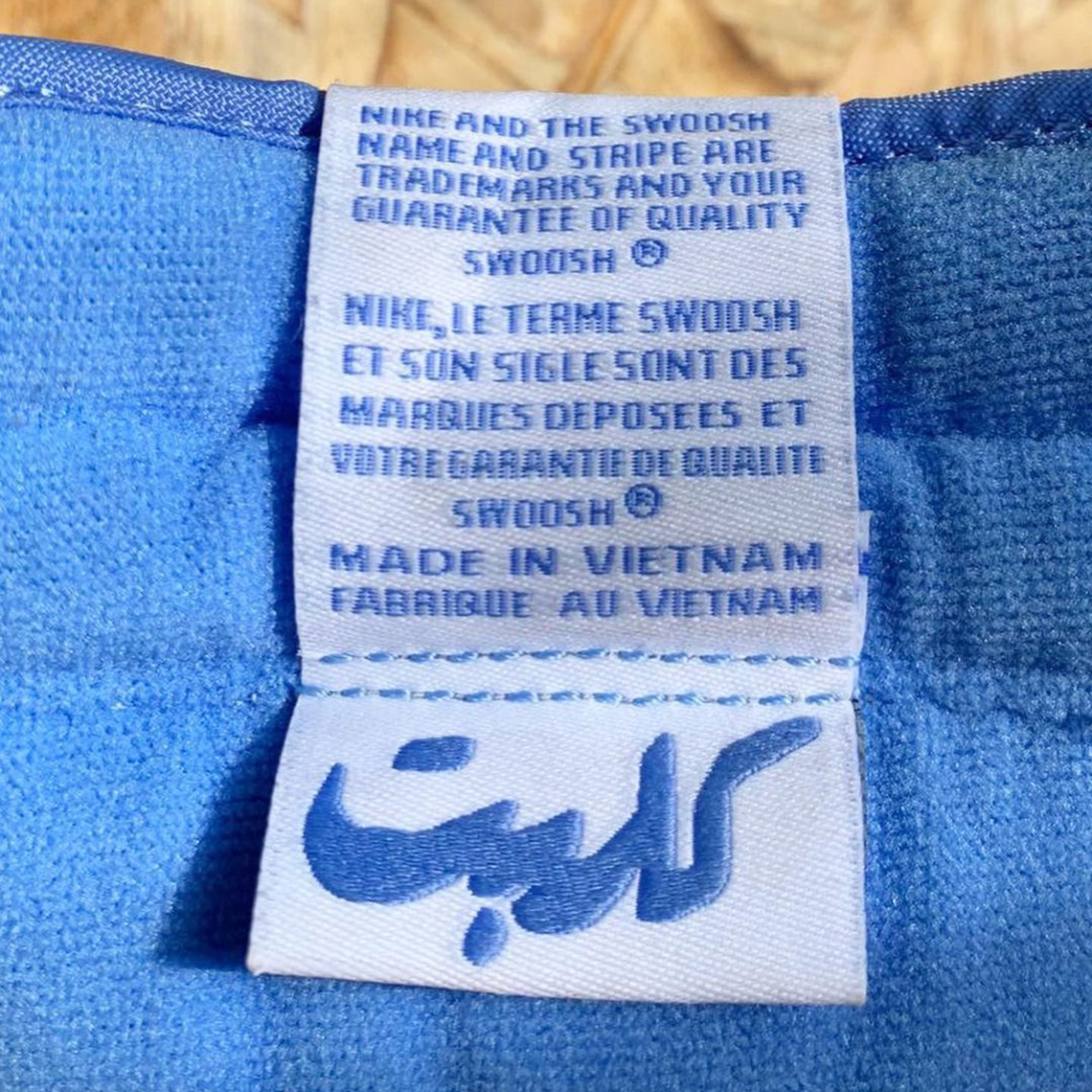 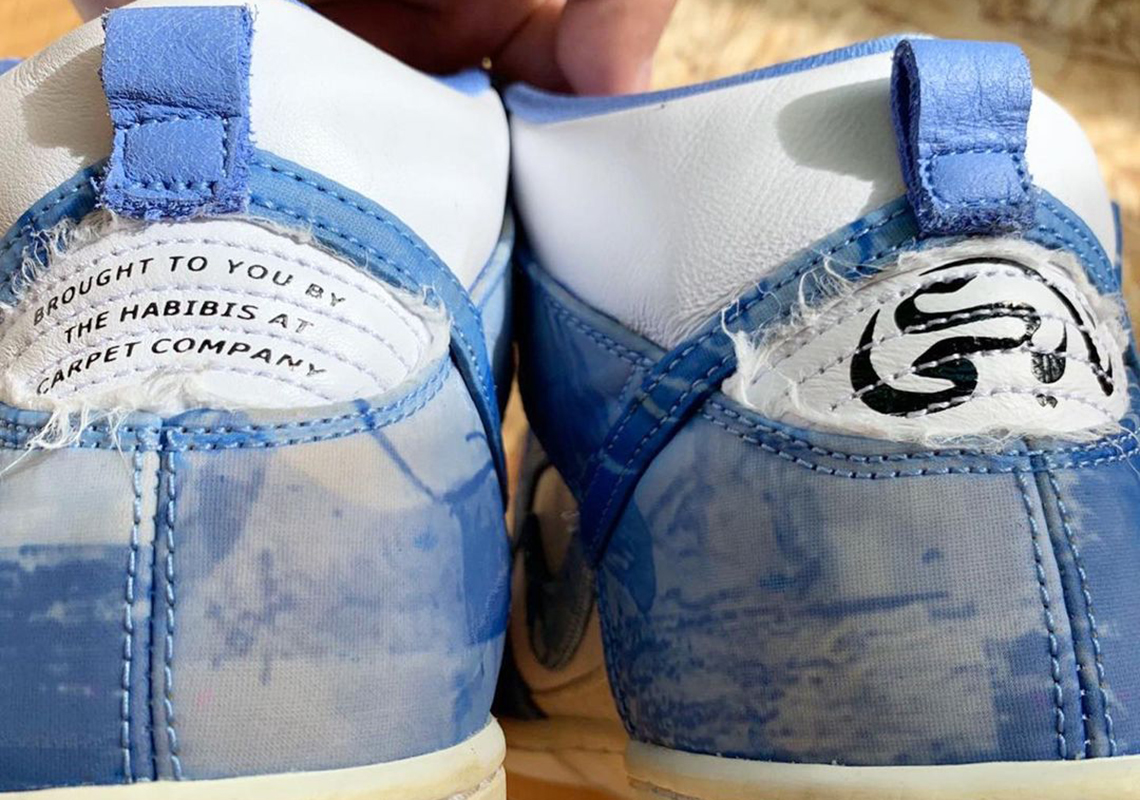 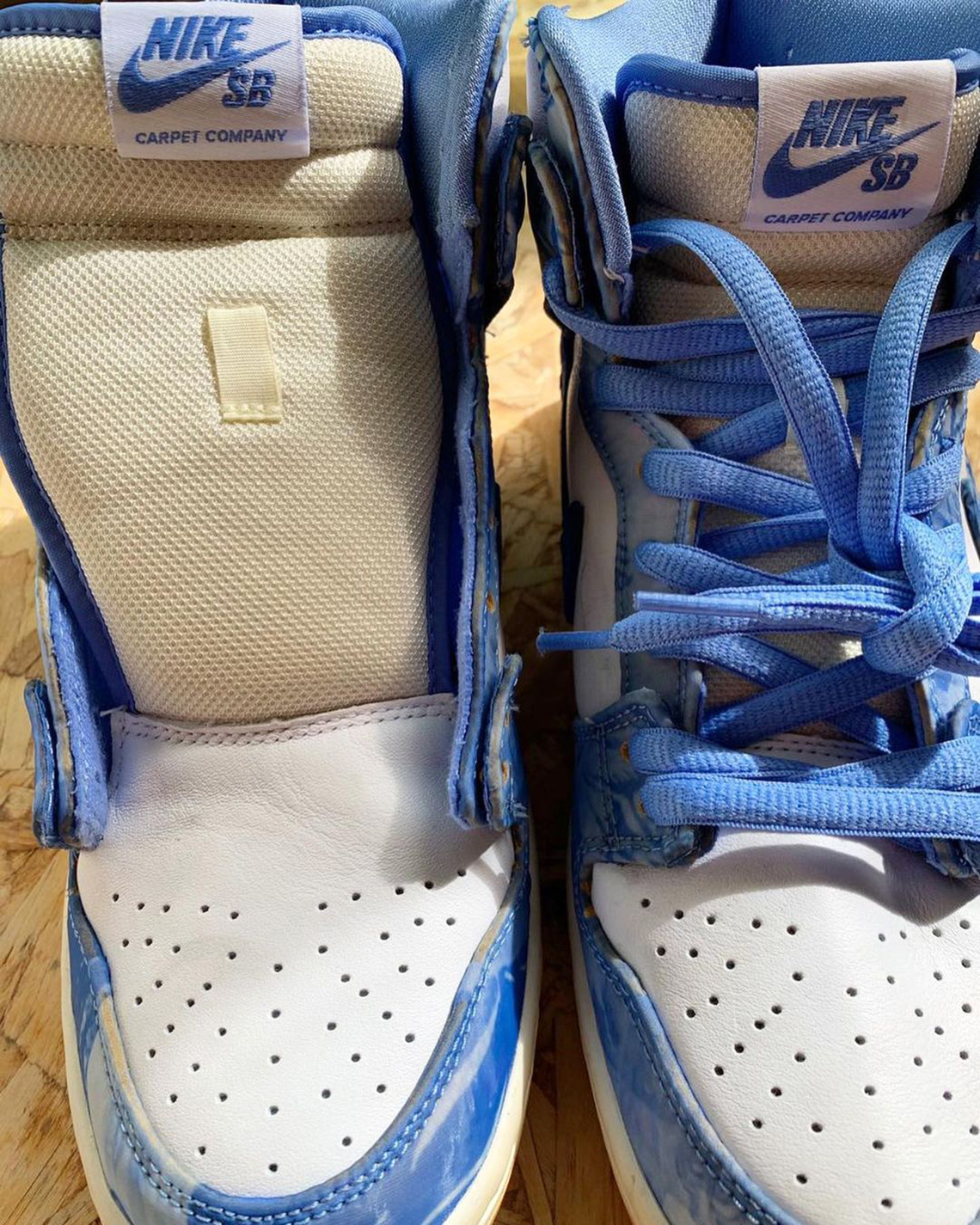