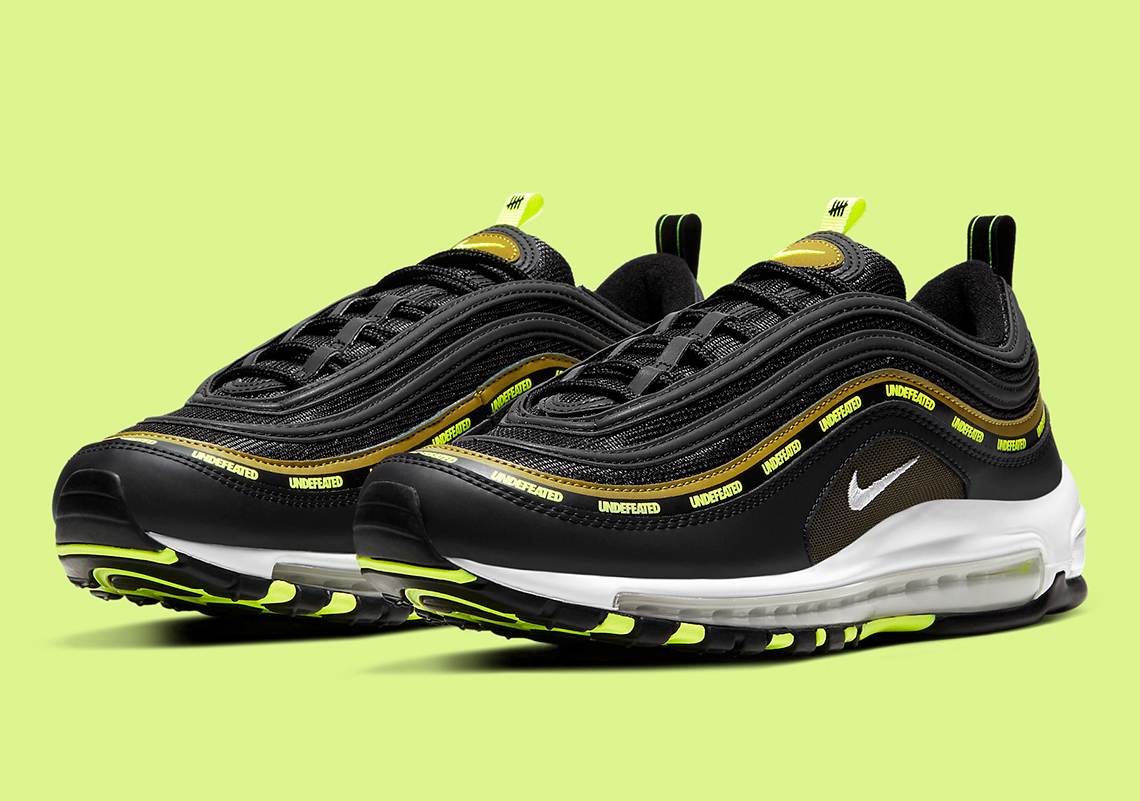 Back in October, reveals of an Undefeated x Nike Air Max 97 suddenly boiled to the surface, insiders outlining an extensive three-part release. And now, with the year only weeks away from its end, official images of said collab have finally appeared, though only of the Black/Volt colorway.

Though it may follow design of the scheme seen prior, this pair’s coloring is by far more versatile, with black taking the helm at the mesh base and the leather overlays above Even the tread, lace unit, and lining follow suit, while neons tinge certain decals as well as the “Undefeated” branding that crosses from the lateral around to the medial. Tongue pulls also dress with the same bold shade as does the embroidered check immediately below, while the latter’s backing — which matches a slimmed strip near the mudguard — contrasts marginally in its light use of “Militia Green.”

Grab an official look at these here and sit tight for official word on their upcoming Nike SNKRS release.

In other news, the Dunk High Varsity Maize releases tomorrow. 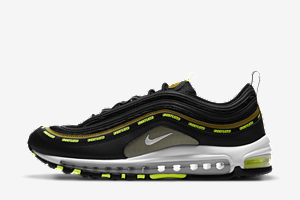 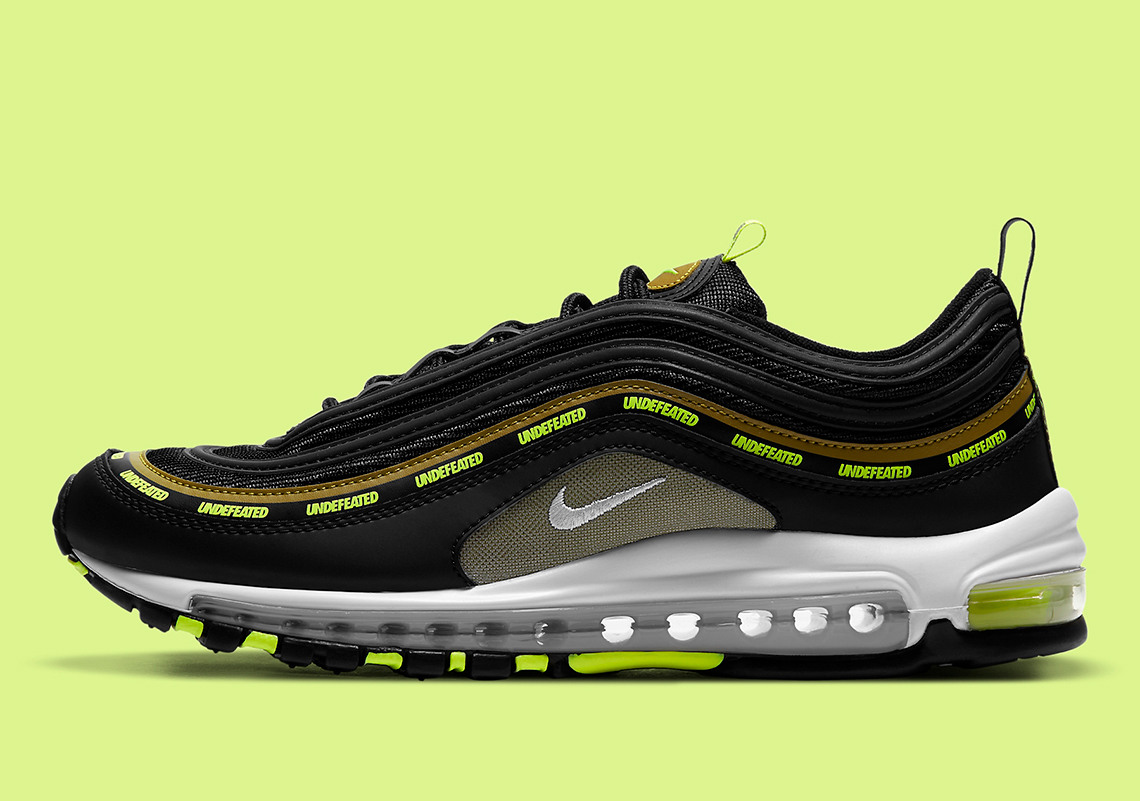 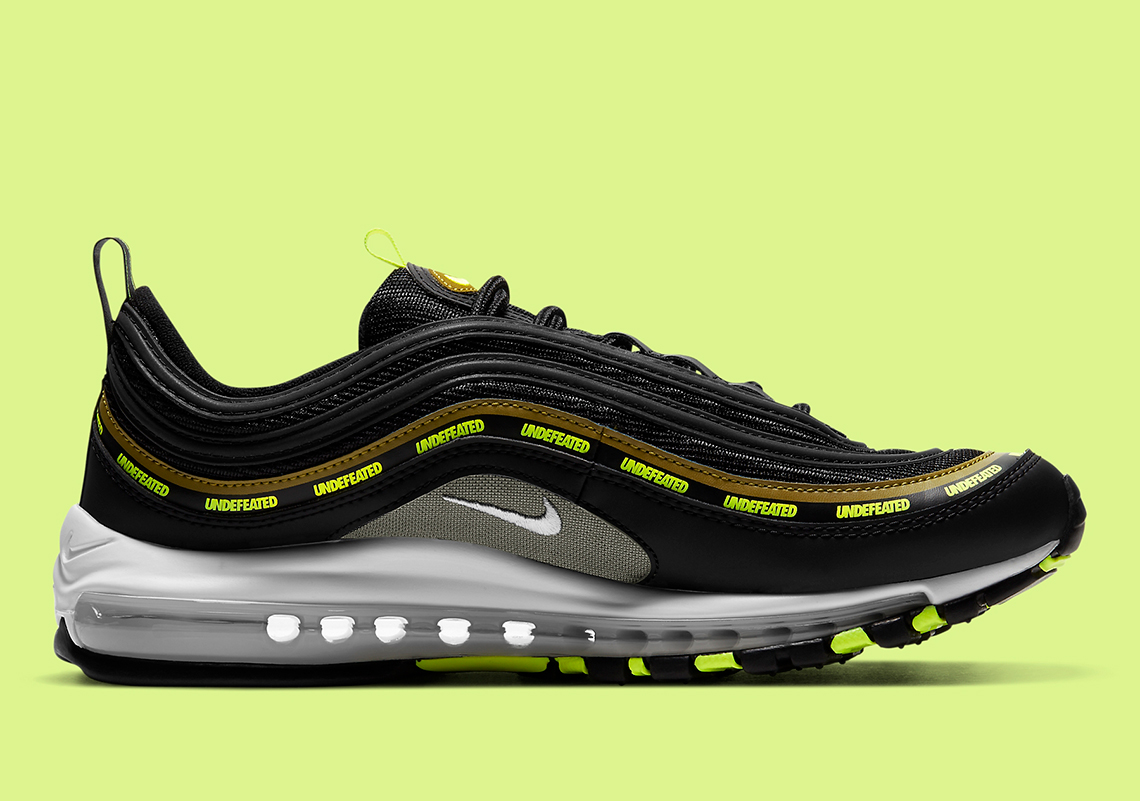 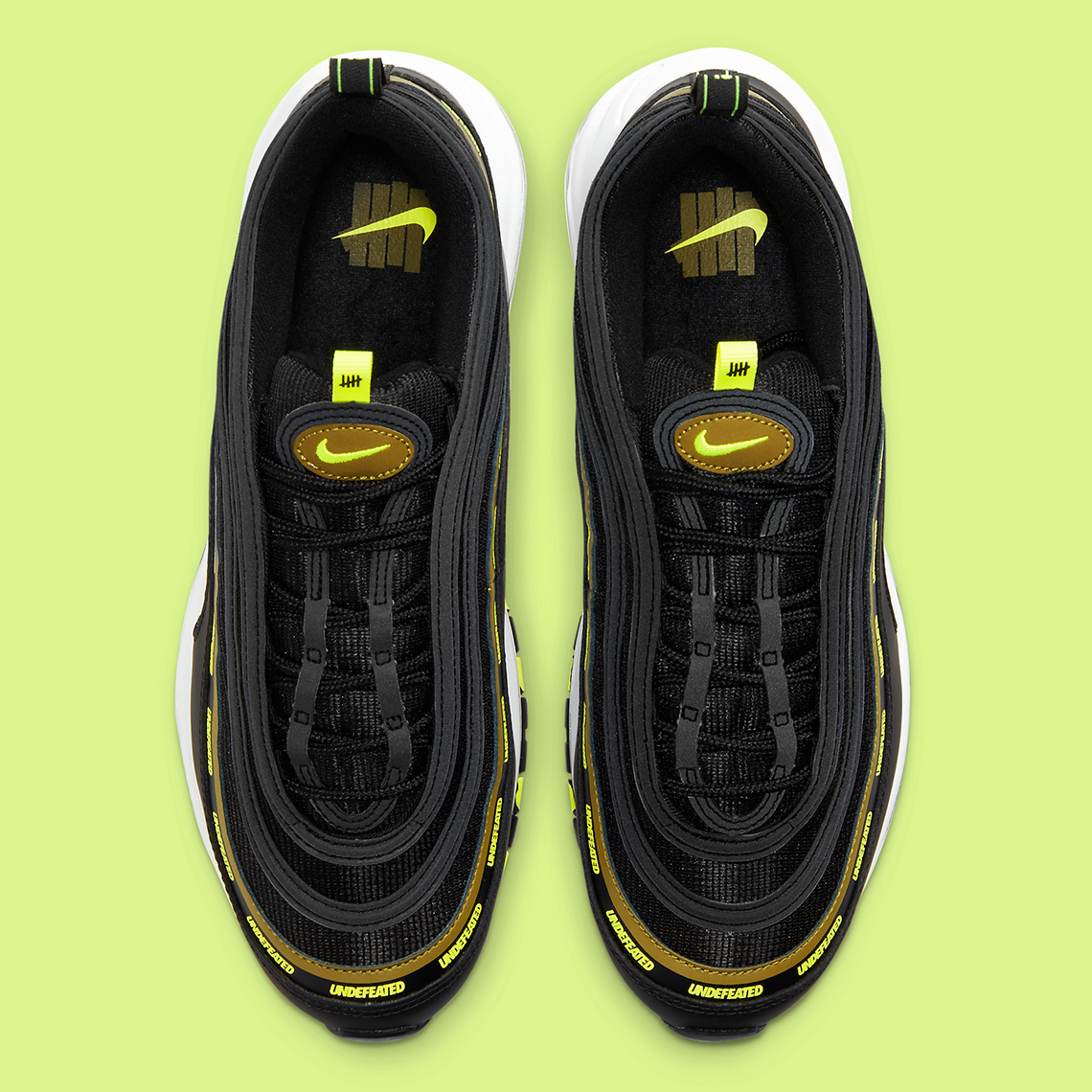 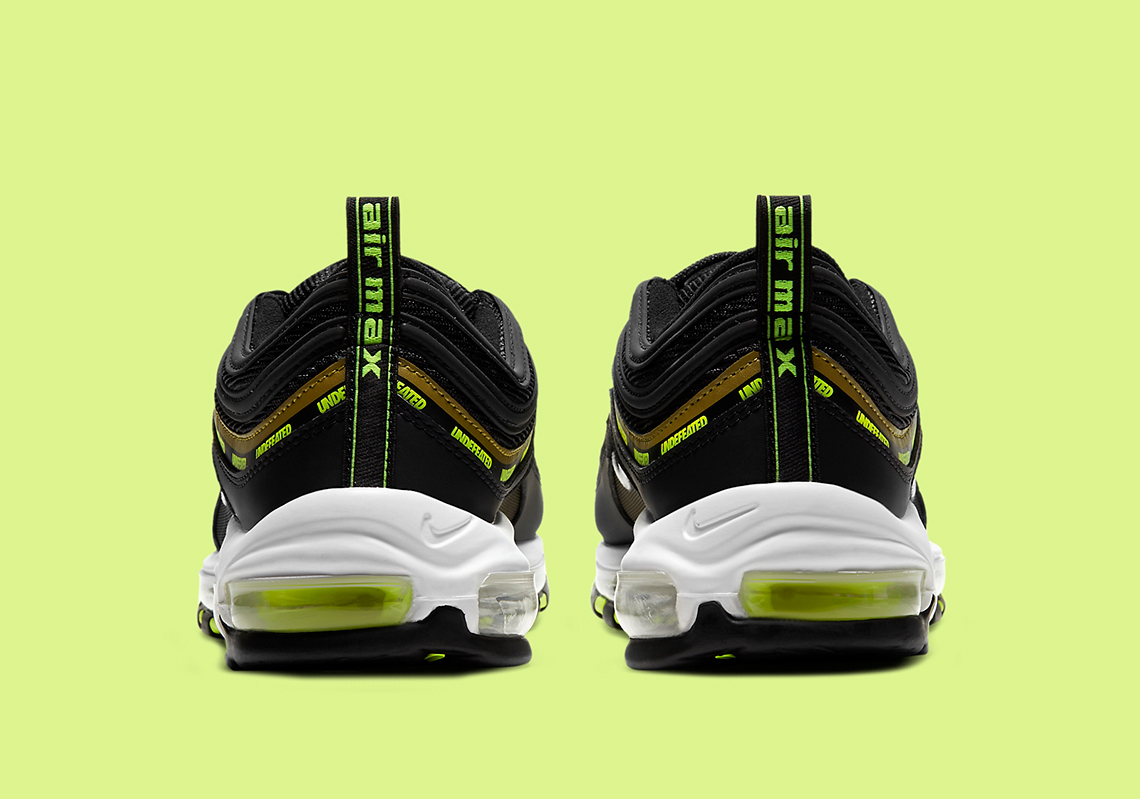 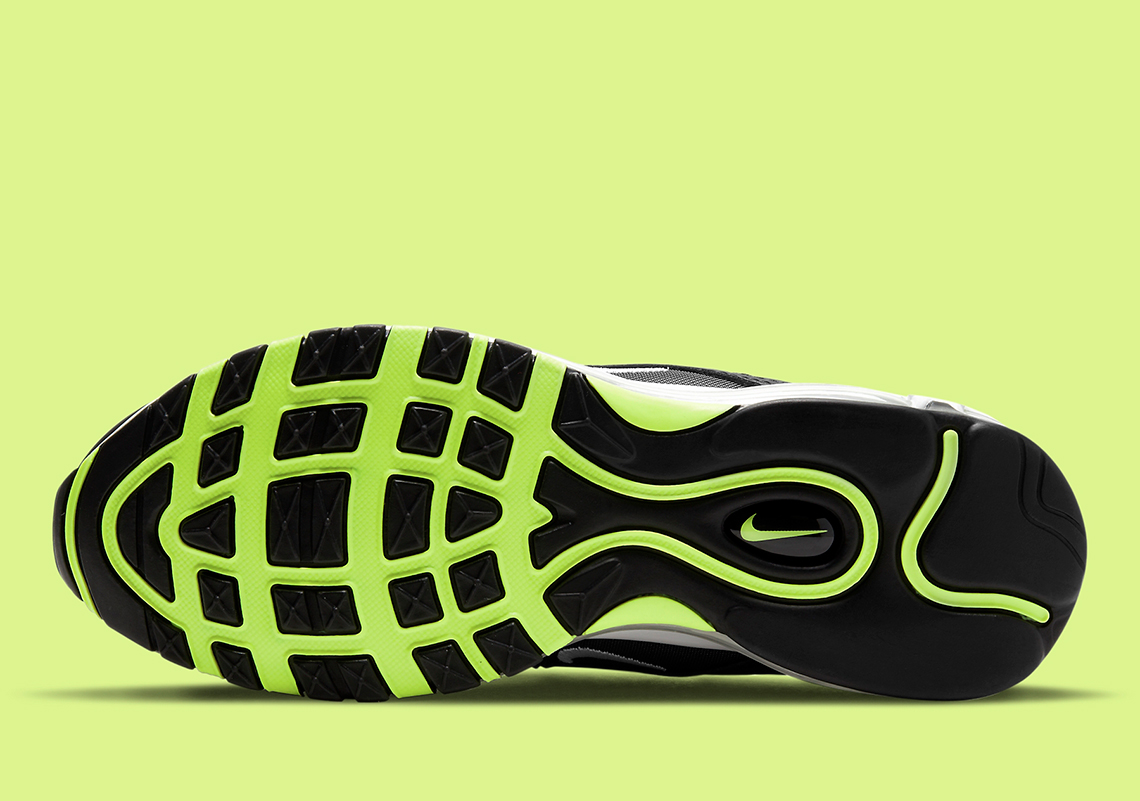 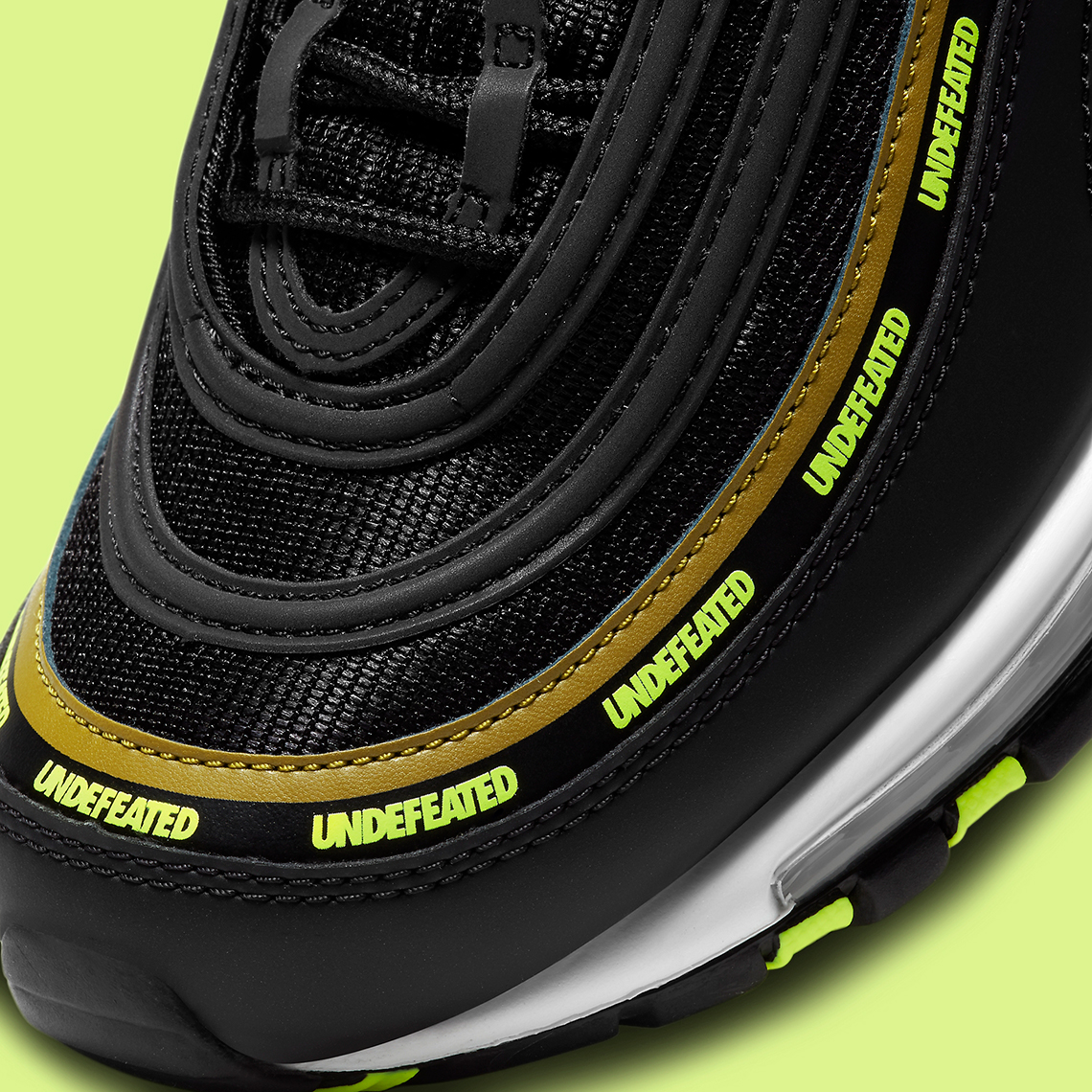 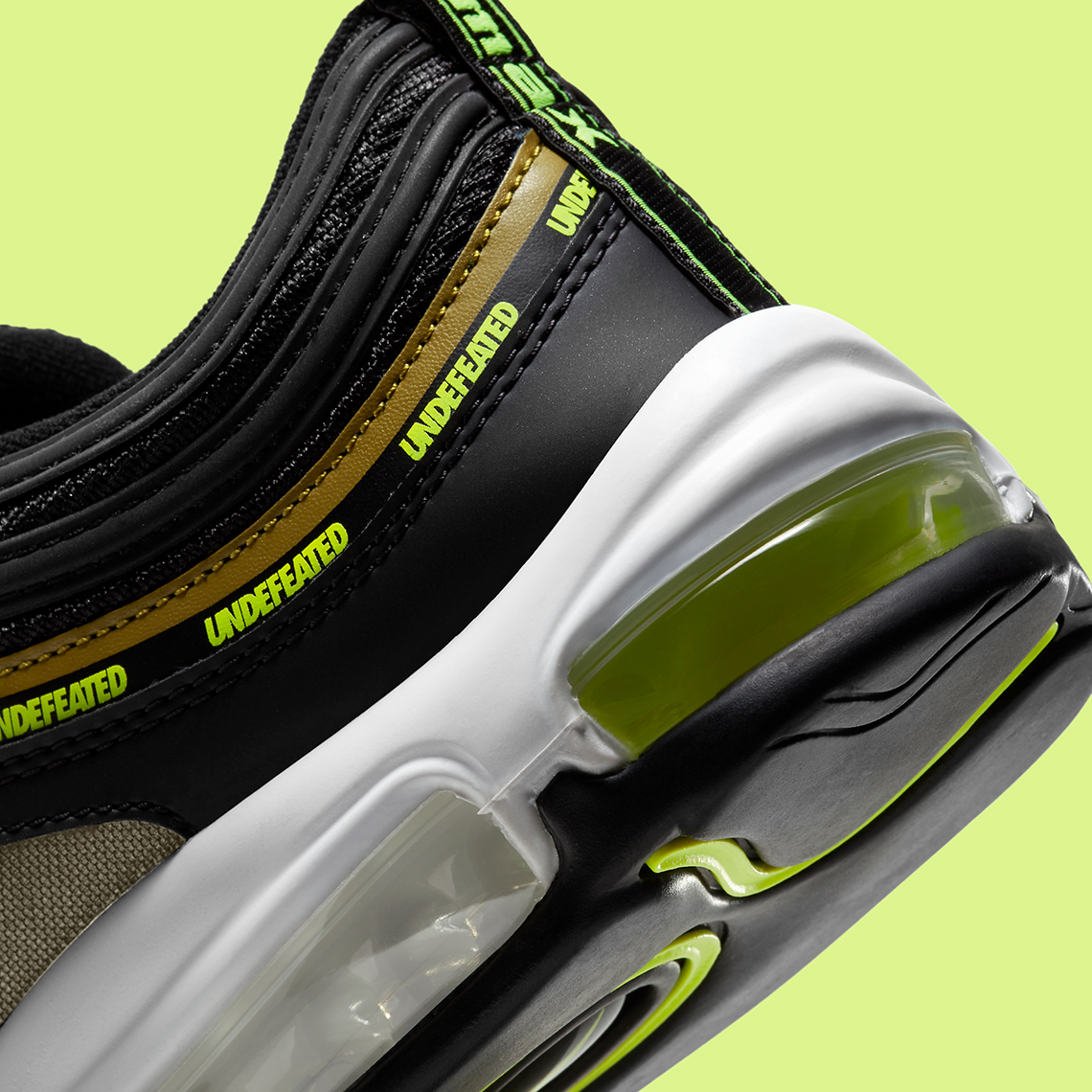