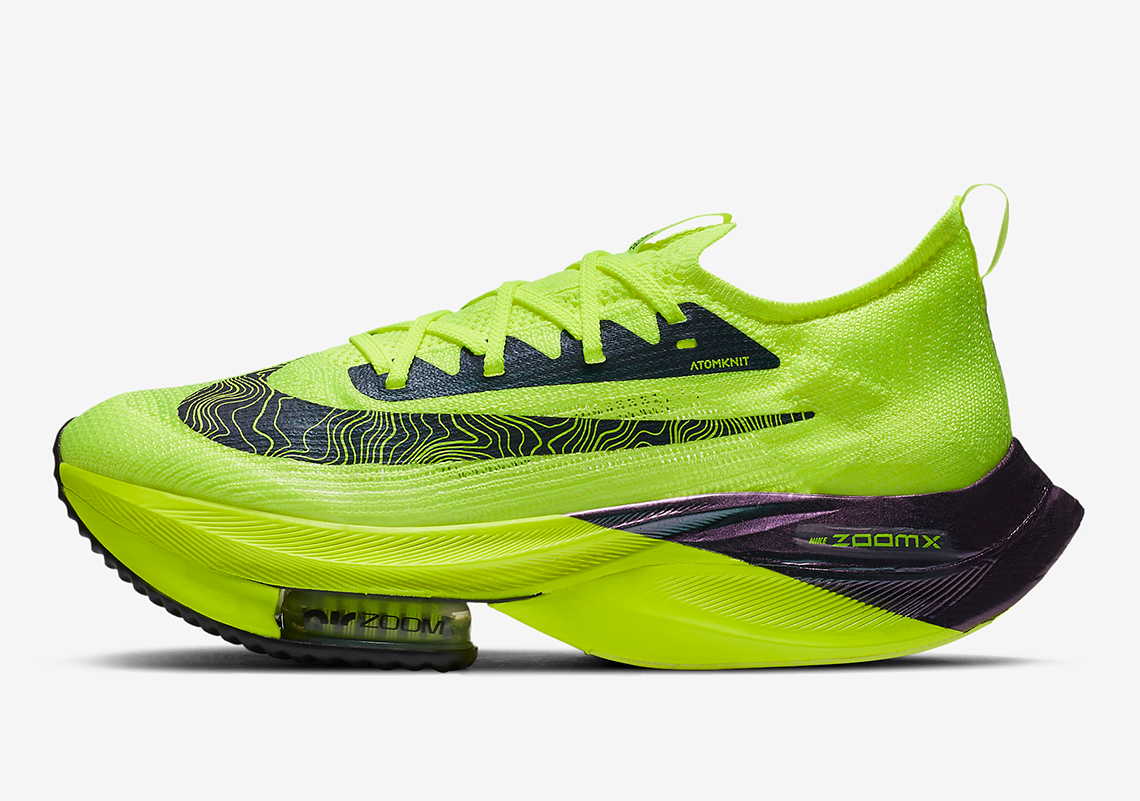 The Nike AlphaFly NEXT% Joins The Topography-Inspired Japan Pack

Even prior to release, the Nike AlphaFly NEXT% was under quite a bit of controversy, fearing that it would be banned from use in the Olympics due to its perceived performance advantage. And as it’ll likely hit the track of the Tokyo Olympics this Summer, the brand has begun dressing it up in some commemorative arrangements, including this newly introduced Japan pack colorway.

Like many of the flagship runners revealed prior, the AlphaFly arrives dressed in a connecting topography-inspired print, its Swoosh the only accent on the receiving end of such a motif. Contrasted in a reflective Racer Blue, the oversized logo hits bears many a charted line, with waves accenting atop in seemingly random order. Behind, the knit upper coats in a loud Volt coloring, bringing with it the laces, midsole, and both the ZoomX and ATOMKNIT branding. Black neutrals then run in parallel, coating the tread of the forefoot zoom, the back portion of the tooling, the eye stays, and the Japanese characters that sprawl along the heel.

For a detailed look, see below. A release should hit Nike.com within the coming months.

In contrast, the Nike Zoom Type Smoke Grey is going near entirely Swoosh-less. 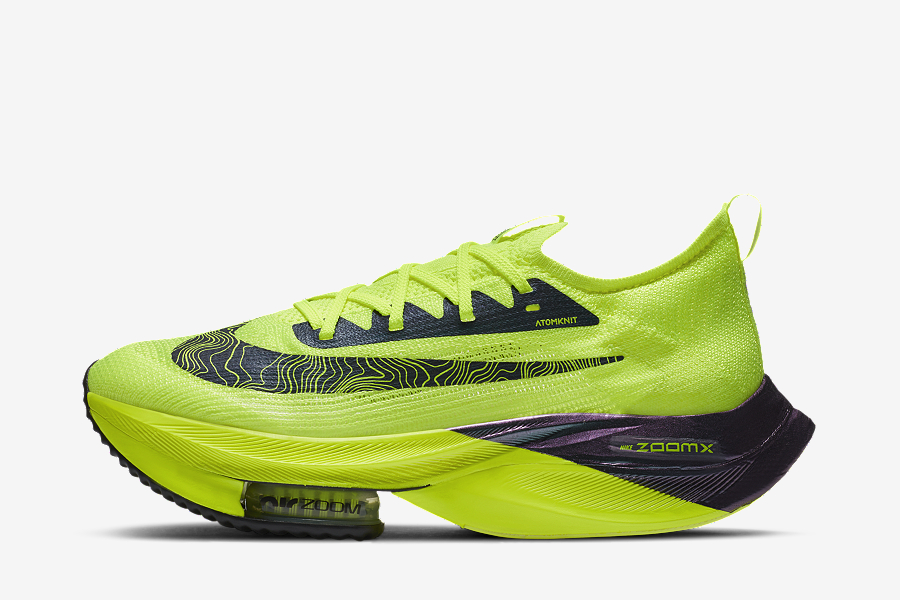 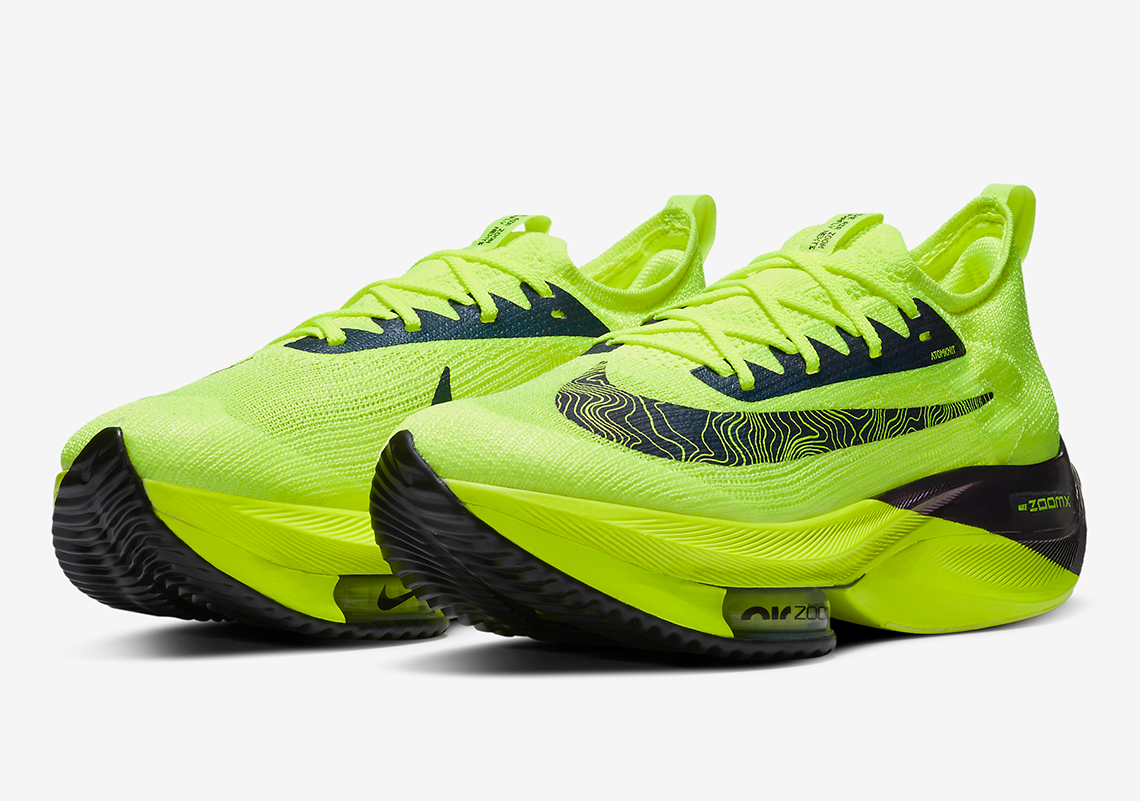 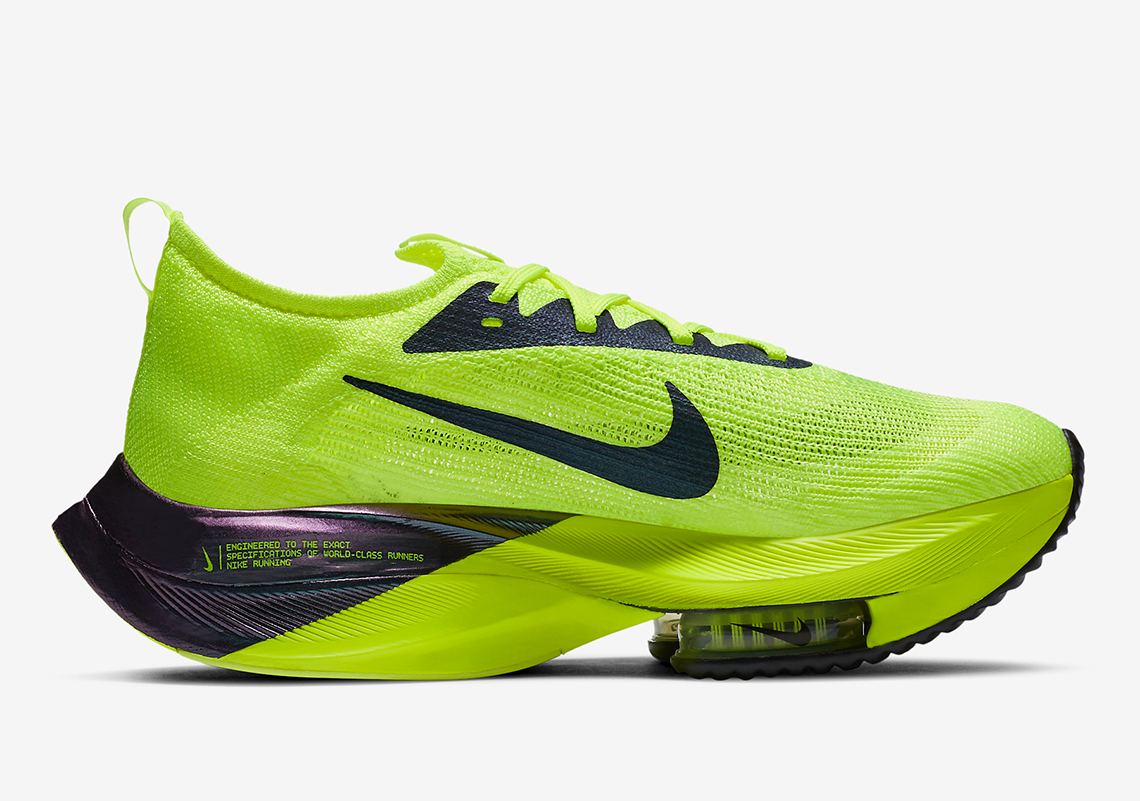 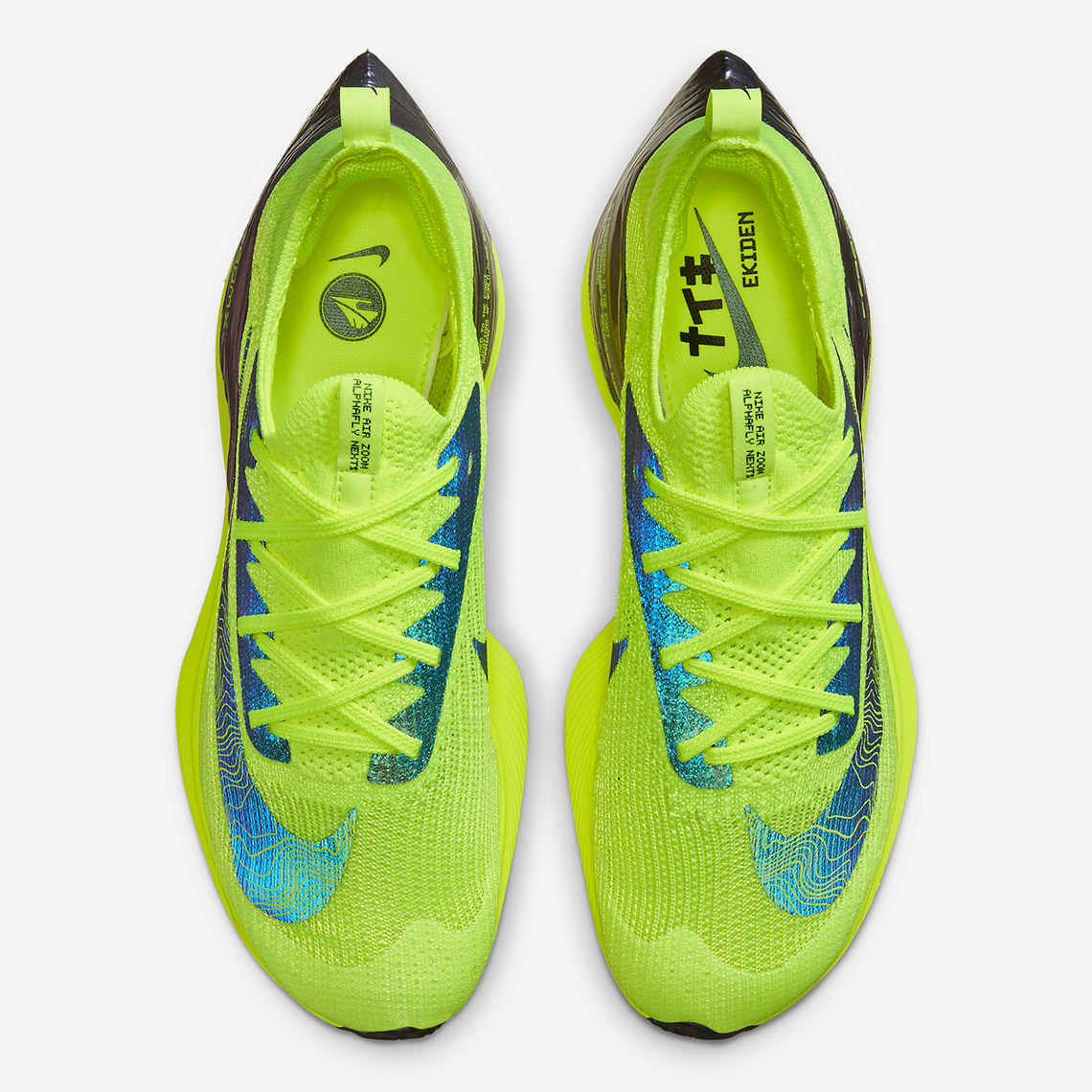 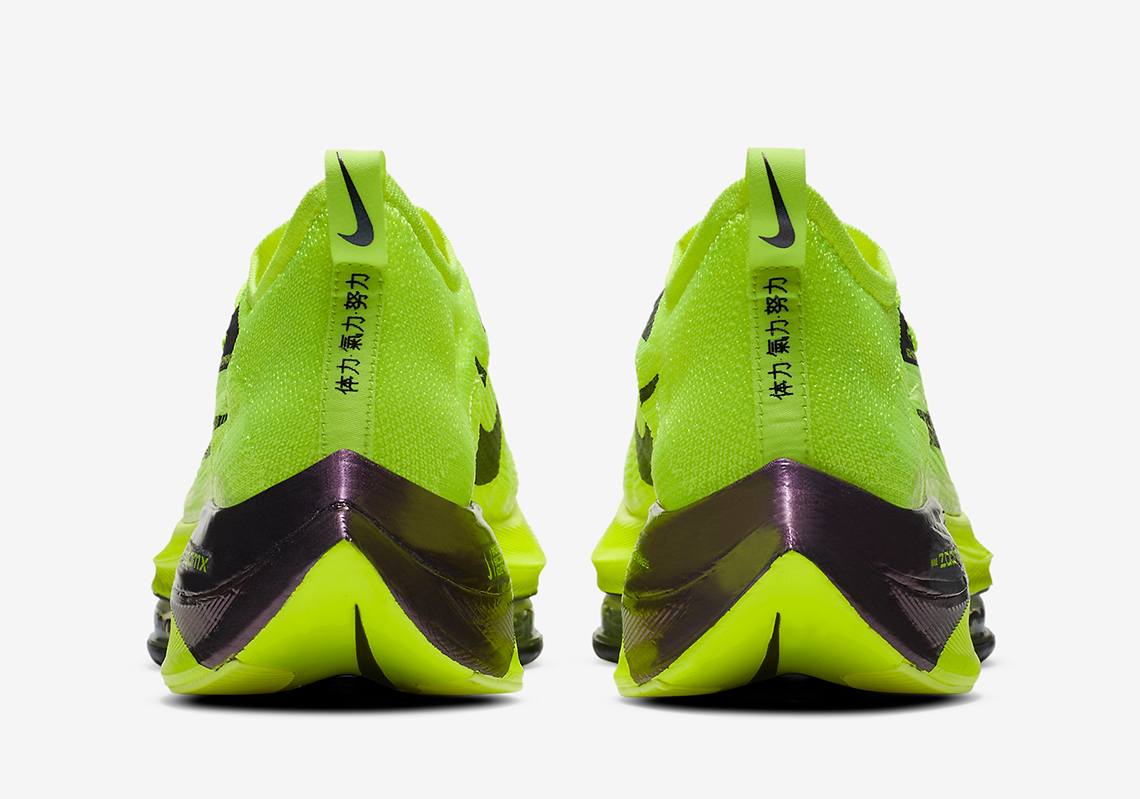 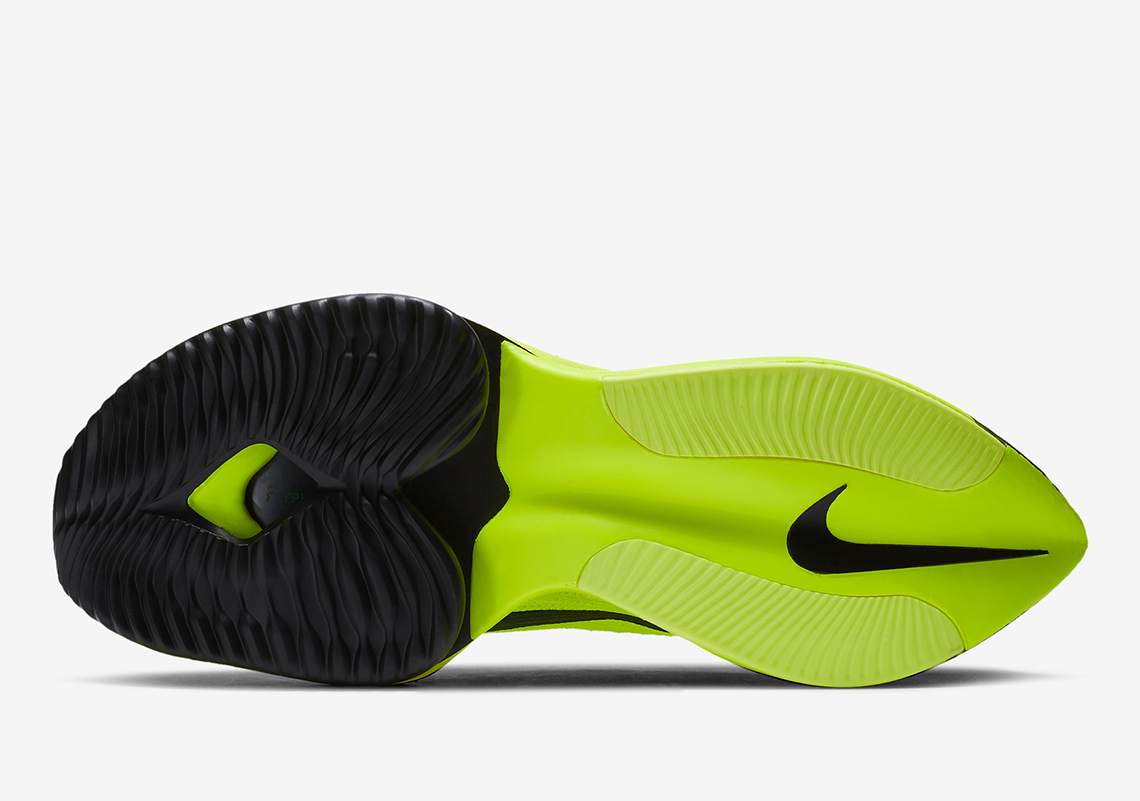 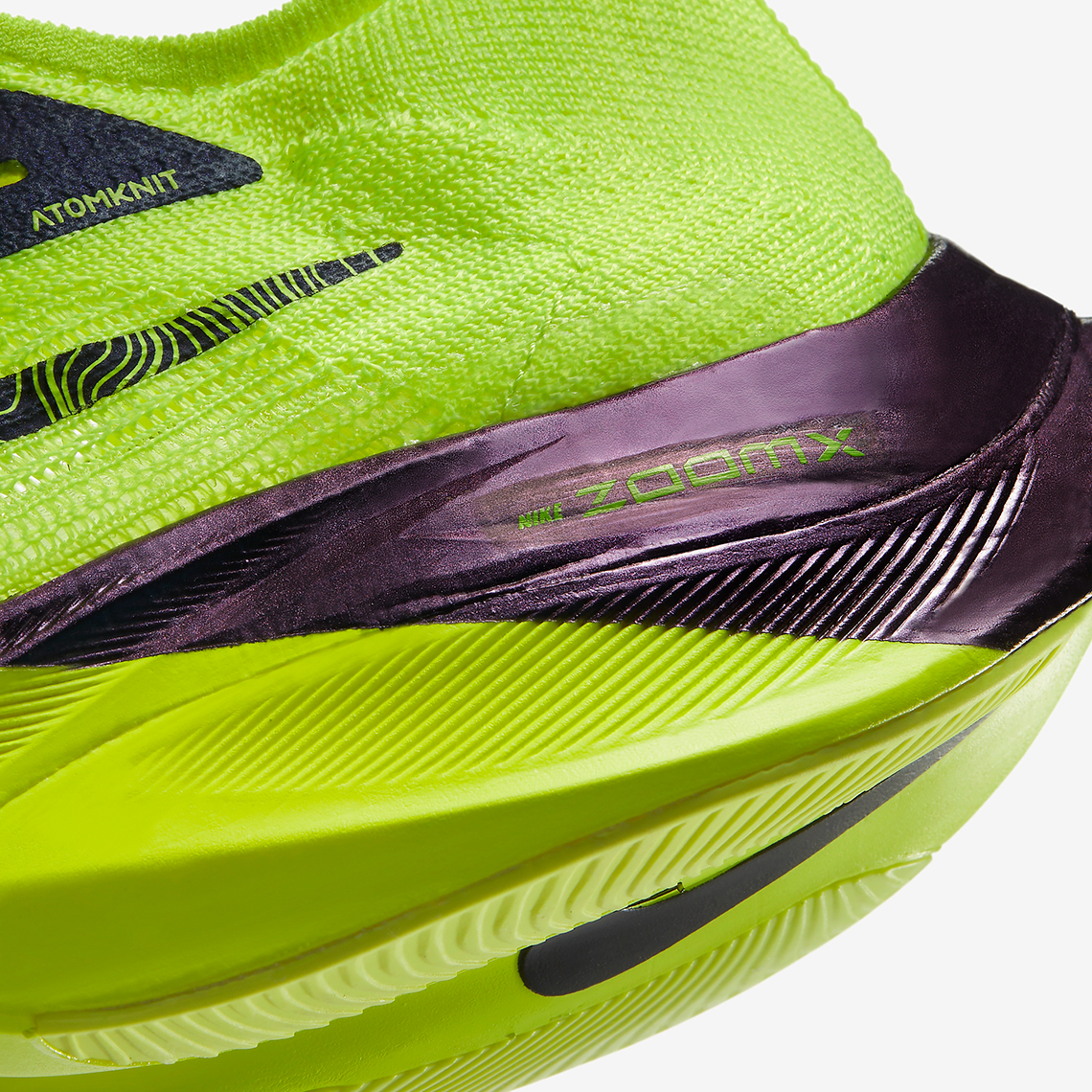 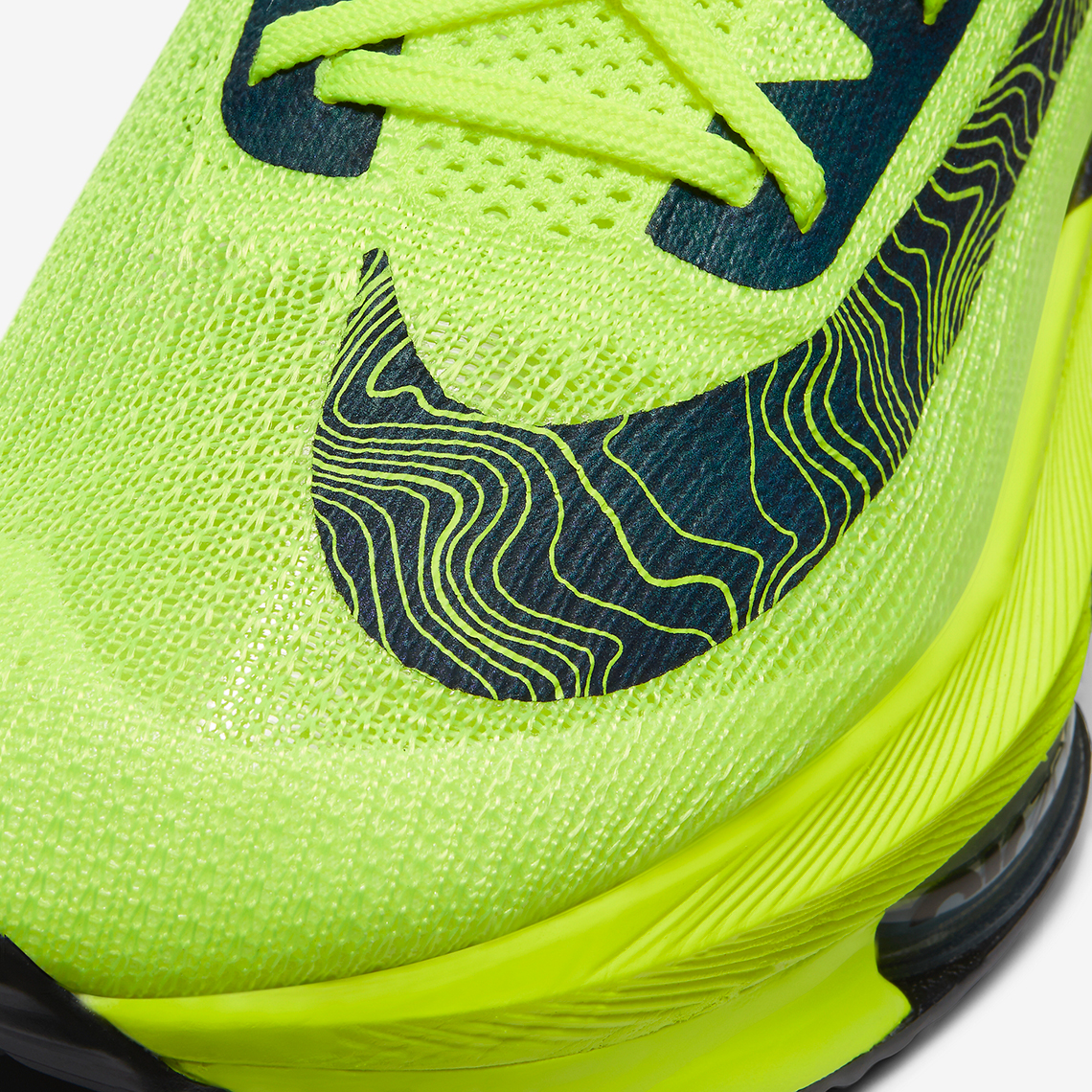