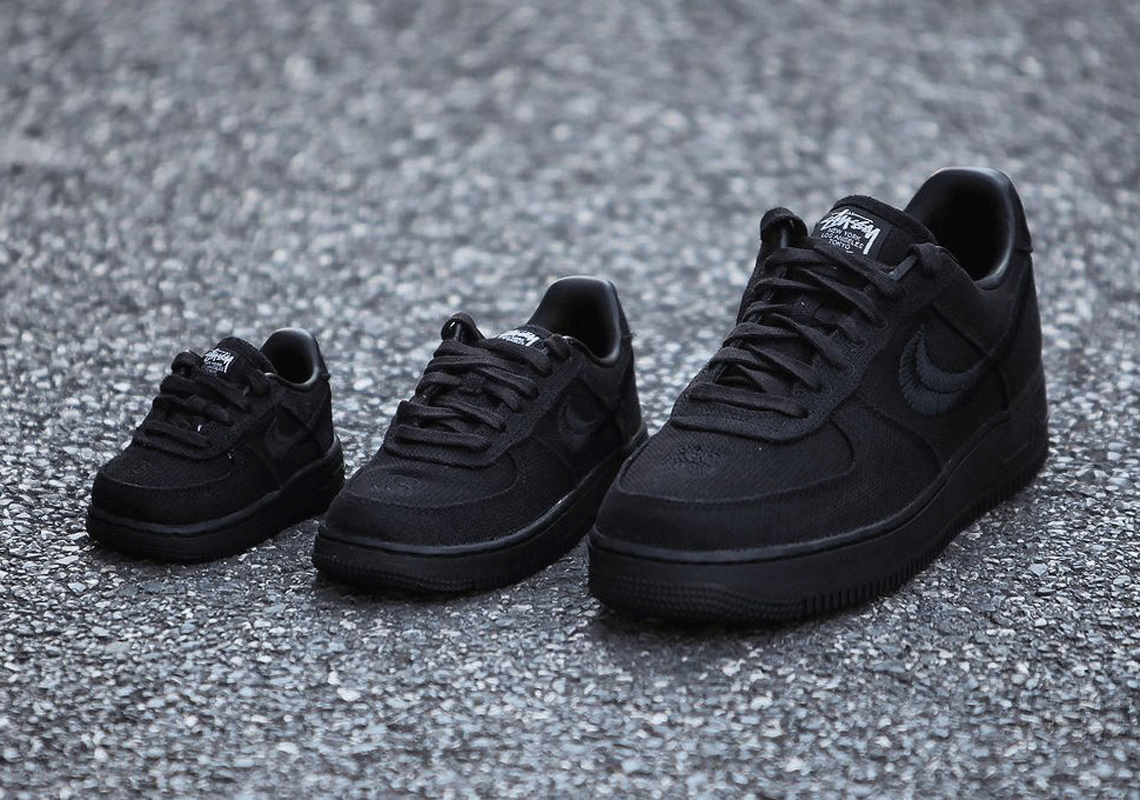 First teased in August, the Stussy x Nike Air Force 1 has recently been teased in sizing for adults, kids and toddlers.

As official images from the streetwear pioneer revealed, the forthcoming proposition features a tonal black makeup across its hemp-like upper. Embroidered profile swooshes boast a layered styling, while branding on the tongue and heel have been replaced by Stussy’s various logos. Each pair is free of the Air Force 1‘s standard lace dubrae; elsewhere, toddler sizes feature “NIKE” text on the midsole instead of “AIR.” Nevertheless, the monochromatic proposition falls in line with some of the brand’s other joint-efforts with the Swoosh from 2020.

Enjoy a brief look at the Stussy Air Force 1 ahead, and find both “Black” and “Fossil Stone” pairs arriving to select retailers beginning on December 11th.

For more from the North American sportswear behemoth, read about the Drake Nike NOCTA partnership. 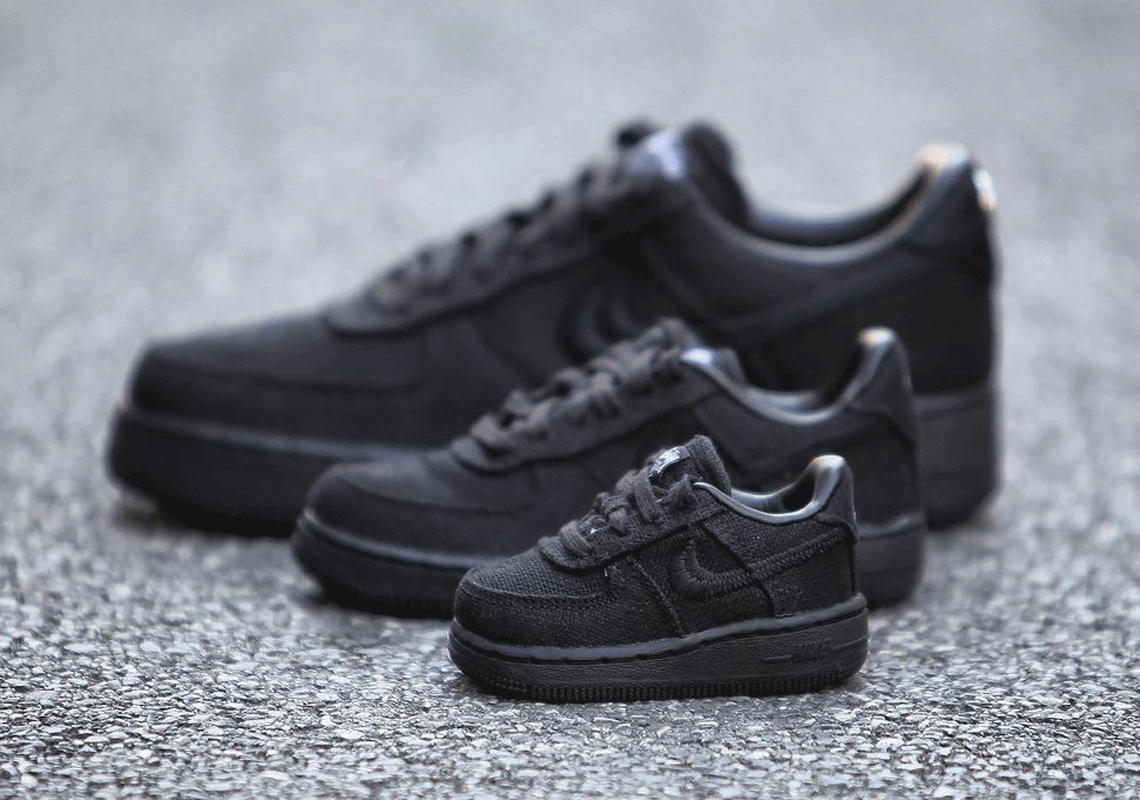 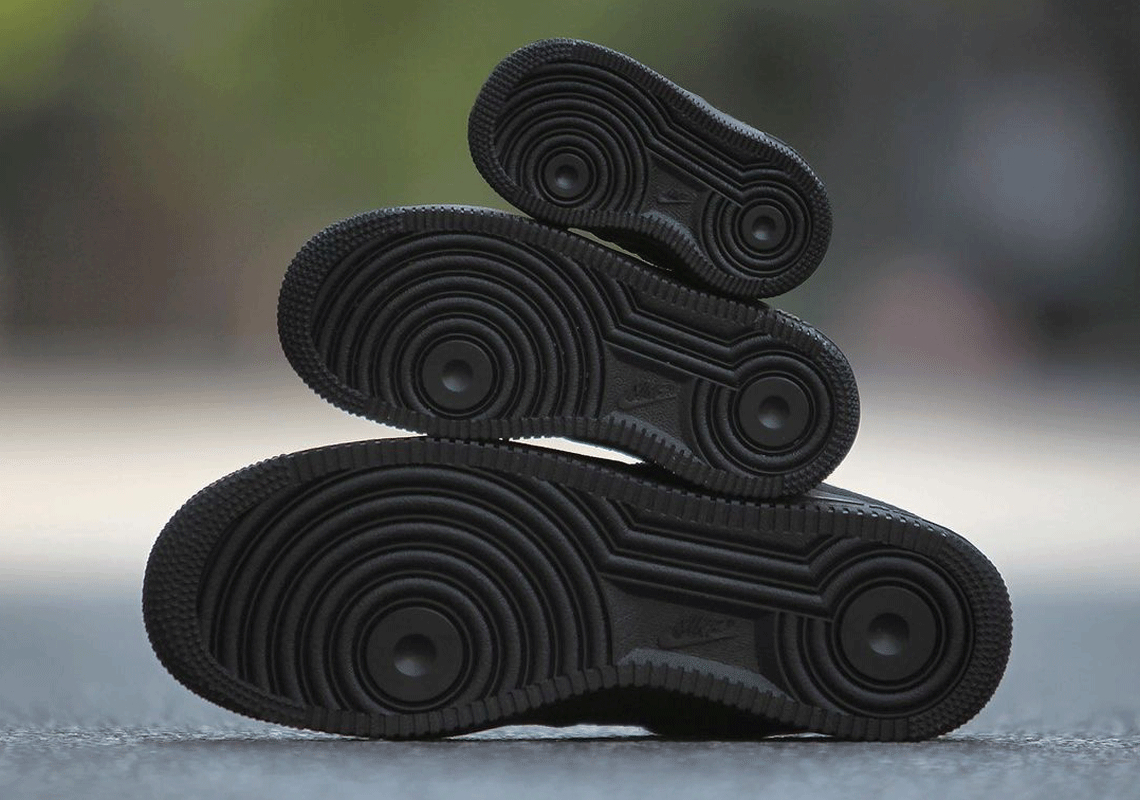