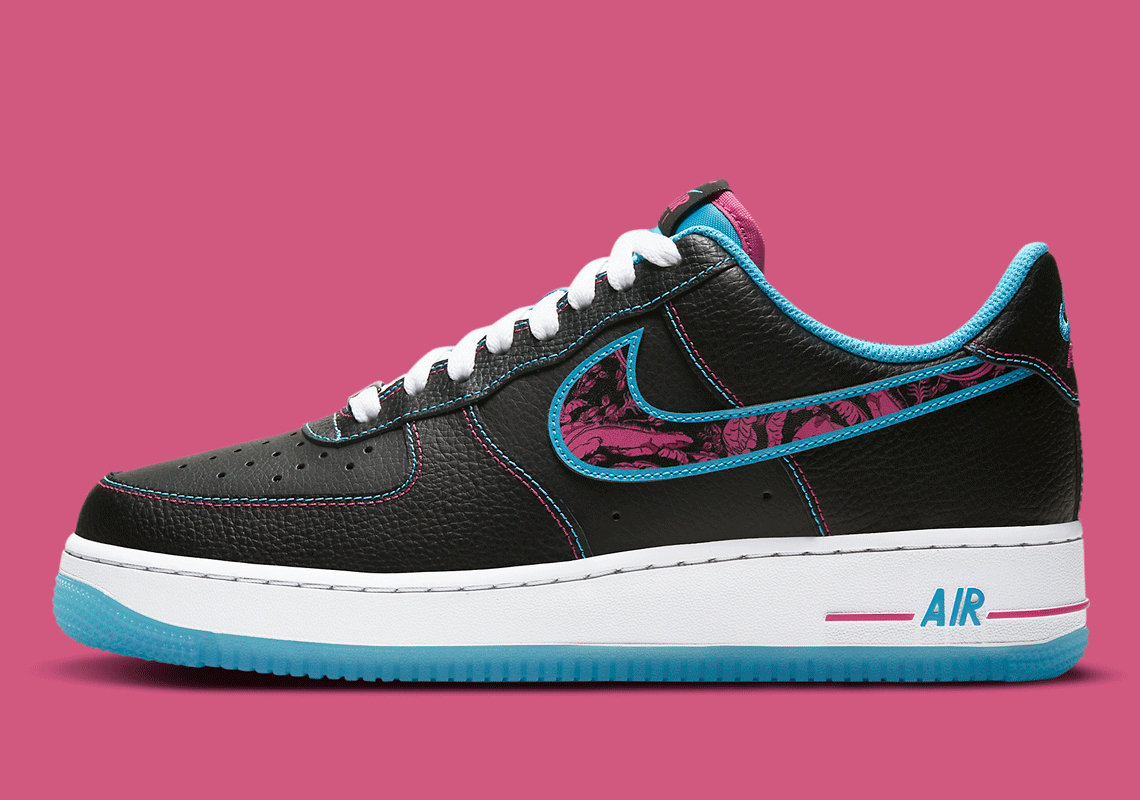 Ahead of its 40th anniversary, the Nike Air Force 1 has emerged in dozens of experimental and notable arrangements, proving that it isn’t content with resting on its laurels. As it heads into its 39th year on the market, it’s dressing up in a black, pink and blue palette reminiscent of previous Miami-inspired ensembles from the Swoosh.

Unlike similar propositions, the forthcoming pair primarily indulges in black across its leather upper. Contrast stitching throughout silhouette’s iconic panels, however, deviate from the dark tone with their LeBron 8 “South Beach”-like color combination. Profile swooshes further partake in the South Florida-reminiscent duo, but they up-the-ante via flora motifs that also appear on the sockliner. Branding on the tongue, heel and midsole borrow the eye-catching blue and pink hues, with the most latter component being complemented by a semi-translucent outsole.

Enjoy official images of this Air Force 1 here below, as you wait for a Nike.com launch.

For more from the NIKE, Inc. empire, check out the Air Jordan 12 “Reverse Flu Game” arrives on December 26th. 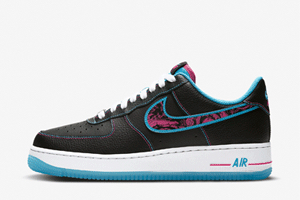 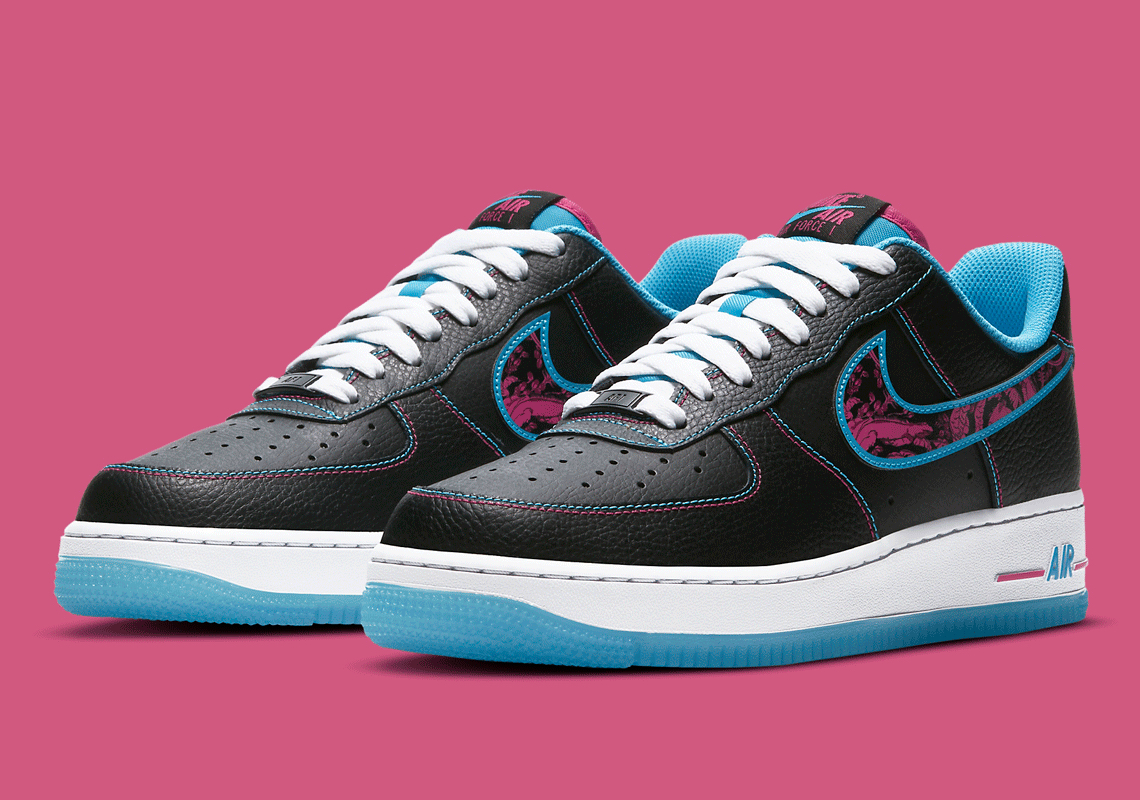 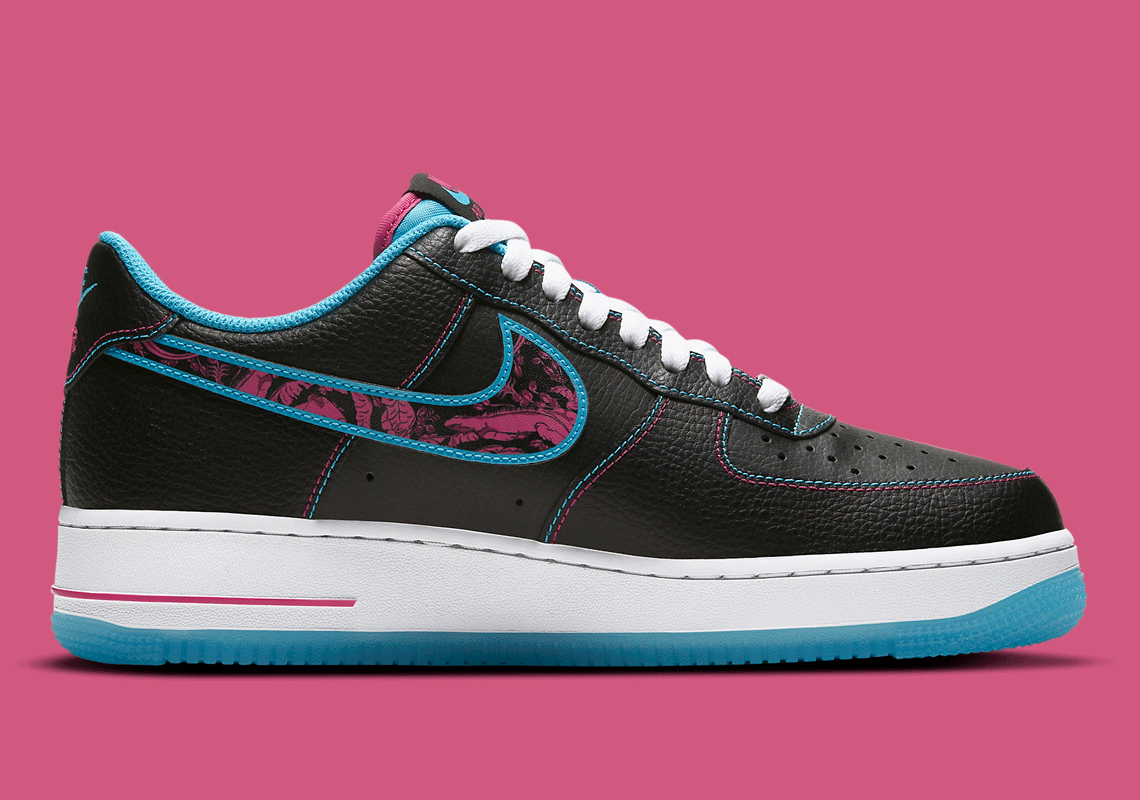 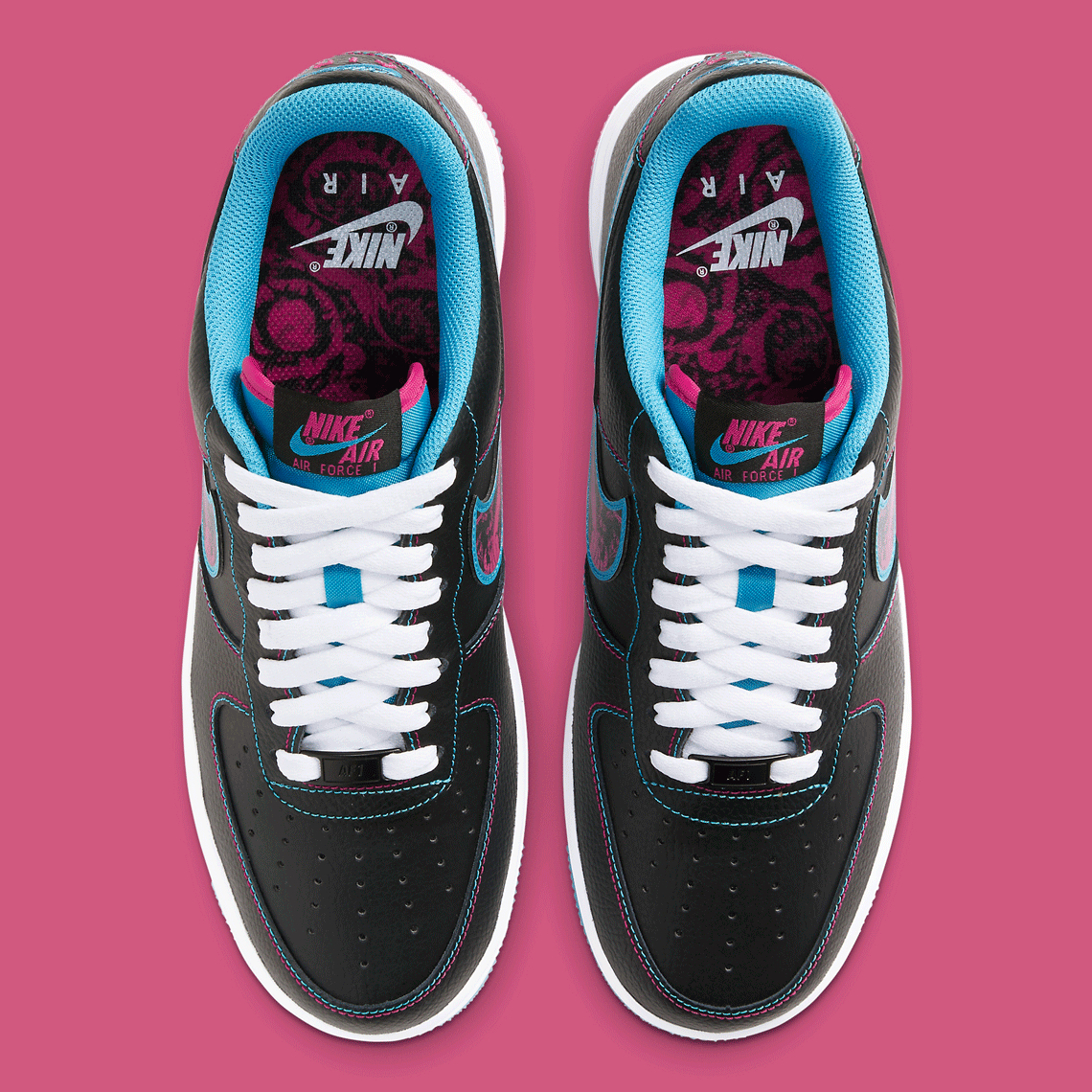 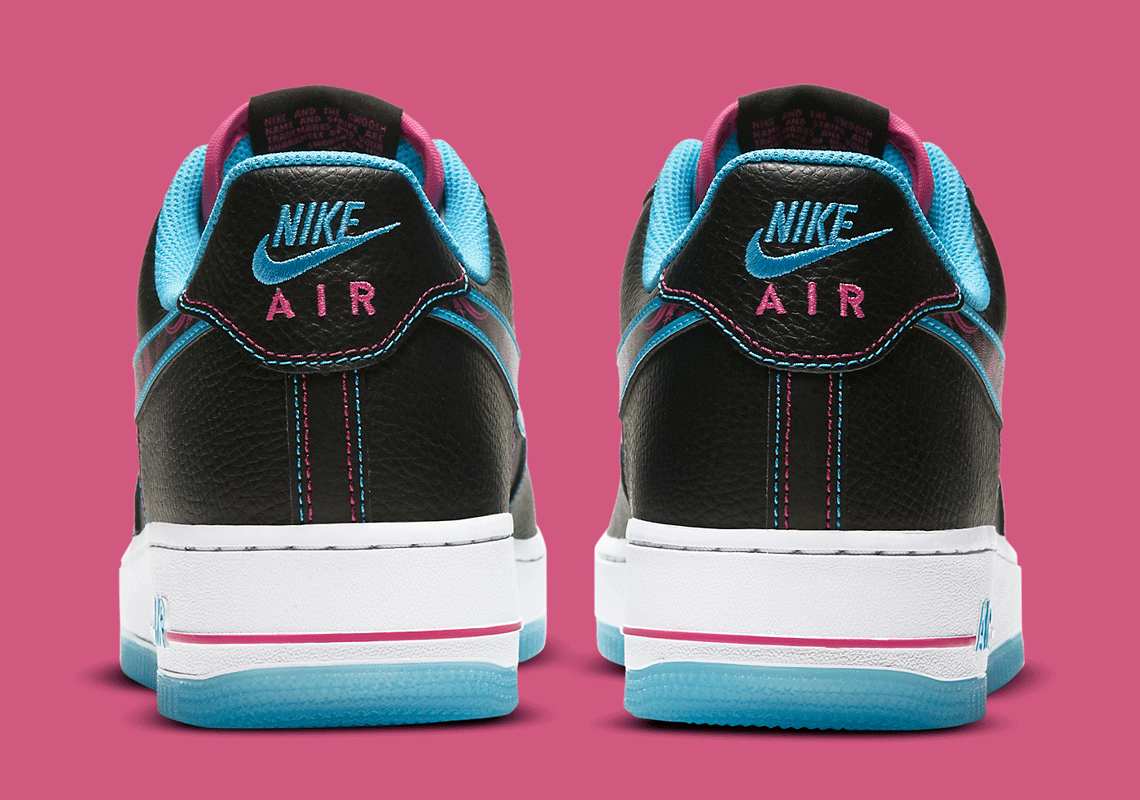 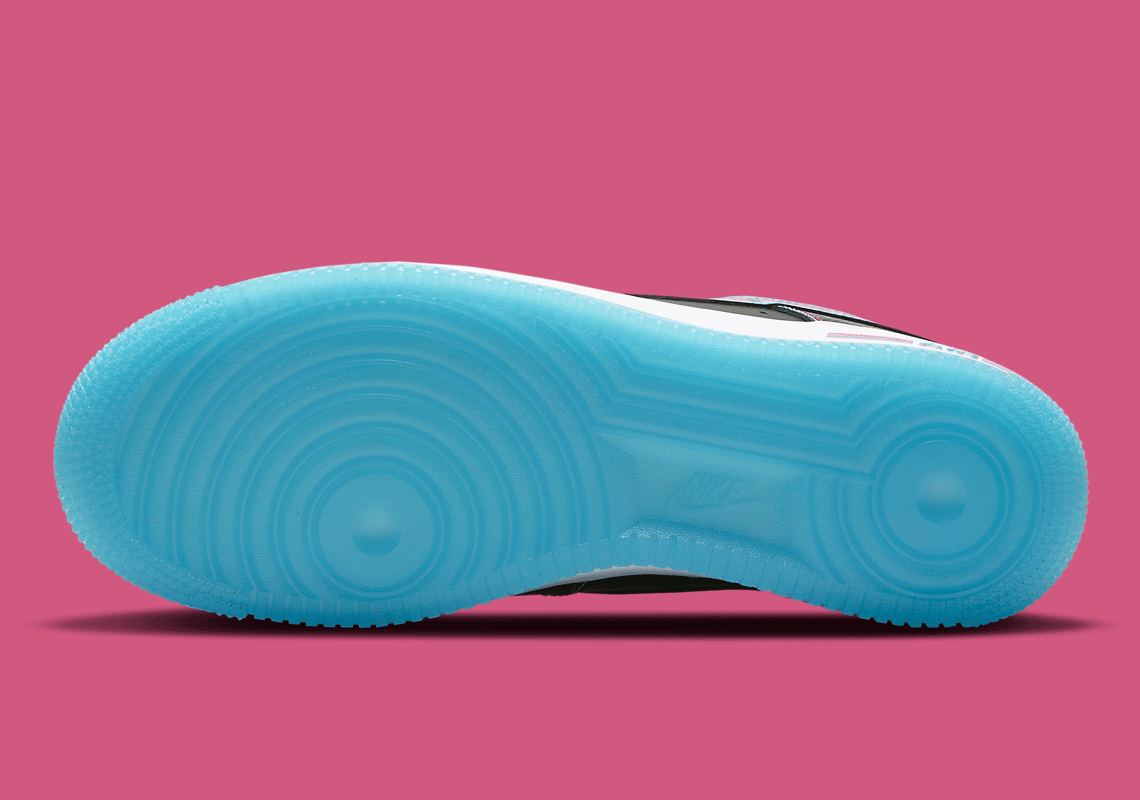 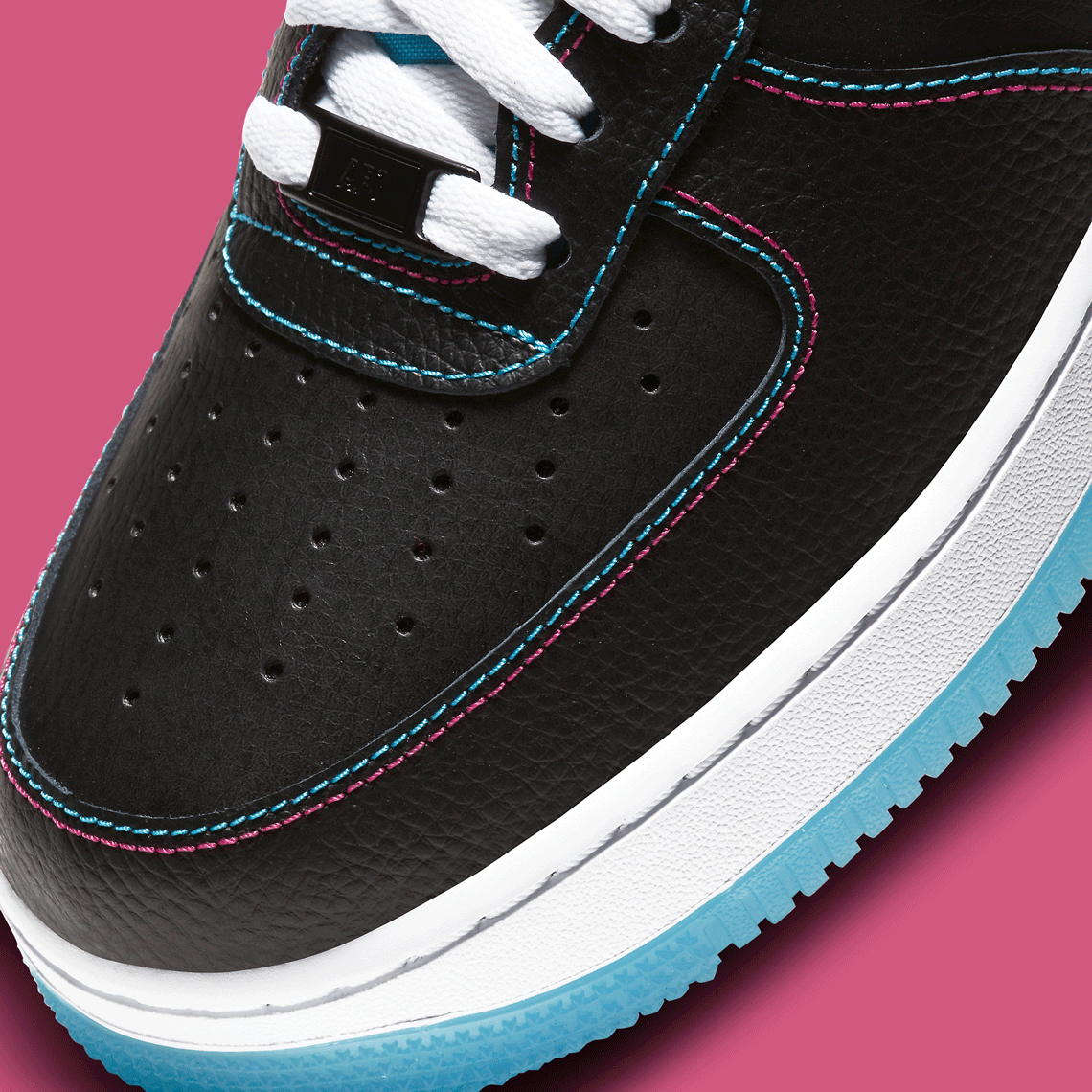 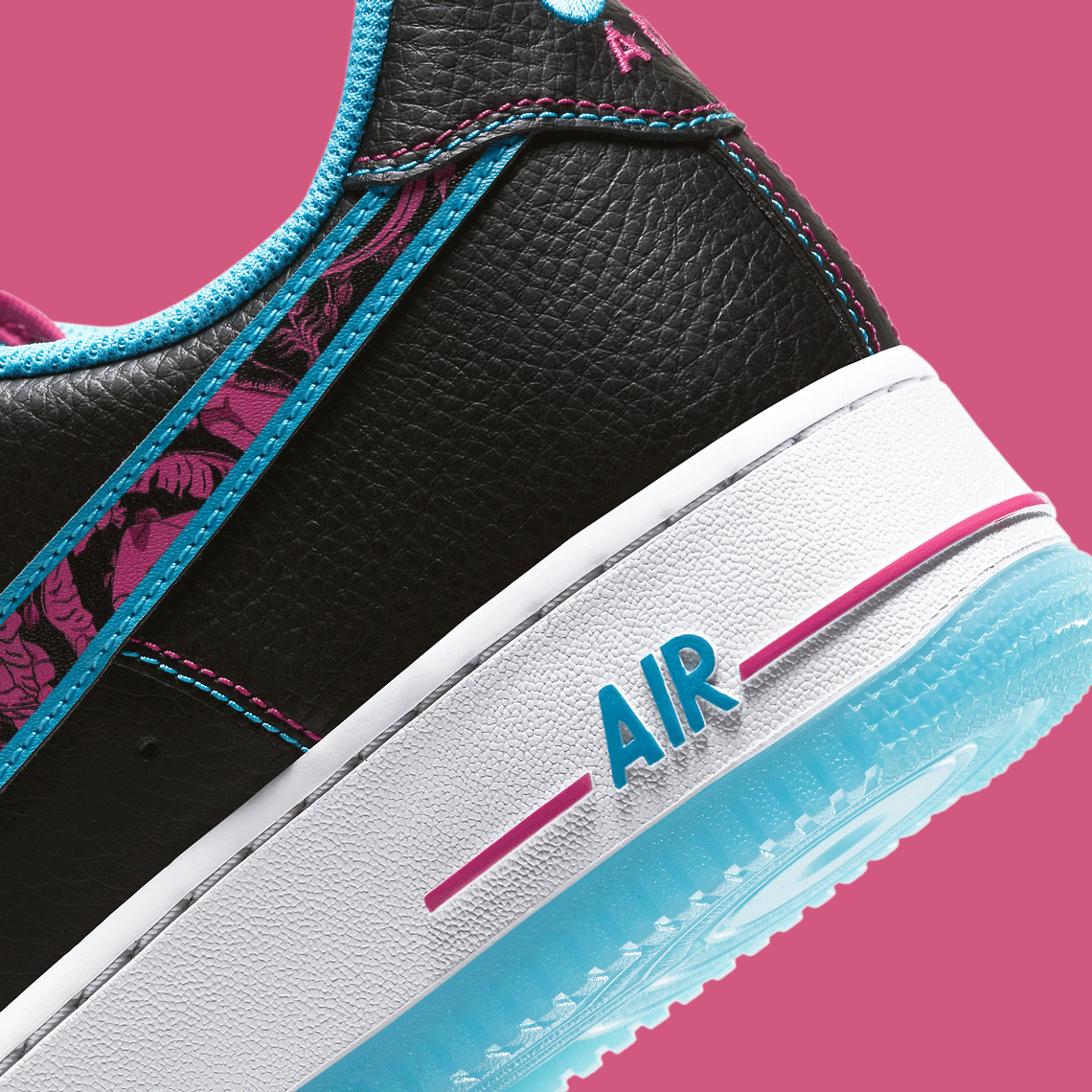