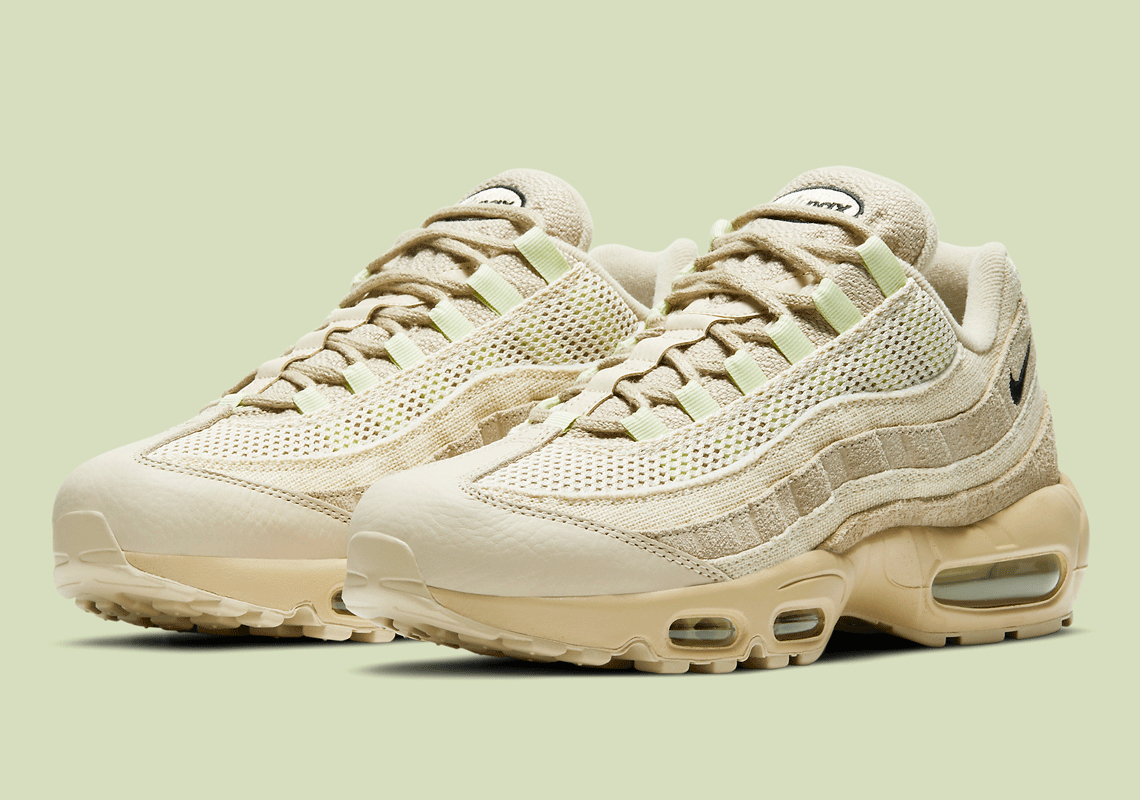 Although its 25th anniversary has culminated with a return to original “Neon Yellow” form, the Nike Air Max 95 has gradually revealed some of its plans for 2021 and beyond. A “Grain/Black/Beach/Coconut Milk” colorway reminiscent of Stussy‘s Nike Sportswear collaborations from 2020 is among the silhouette’s future propositions.

Similar to the brand’s three takes on Sergio Lozano’s design in 2015, the forthcoming pair indulges in a rather tonal arrangement. While not exactly a “Fossil” palette, the sandy shades that take over the burlap, mesh and suede construction create an equally-versatile scheme. Lace loops, branding and spines deviate from their understated surroundings in favor of stark contrast, with the most former boasting a faint green tone. Sole units underfoot don’t deviate much from the upper’s cream-colored makeup, but they don a darker shade of tan; their Air Max units opt into a variant of the aforementioned green hue. As with Stussy’s Zoom Spiridon Cage 2, outsoles round out the pair with a military garb-reminiscent color.

Enjoy official images of this Air Max 95 ahead, as you wait for official Nike.com release details to emerge.

For more from the Swoosh, check out the SB Dunk Low “Holiday Special” arriving on December 19th. 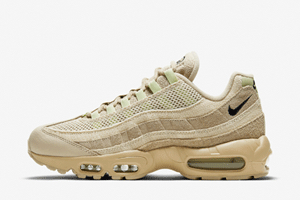 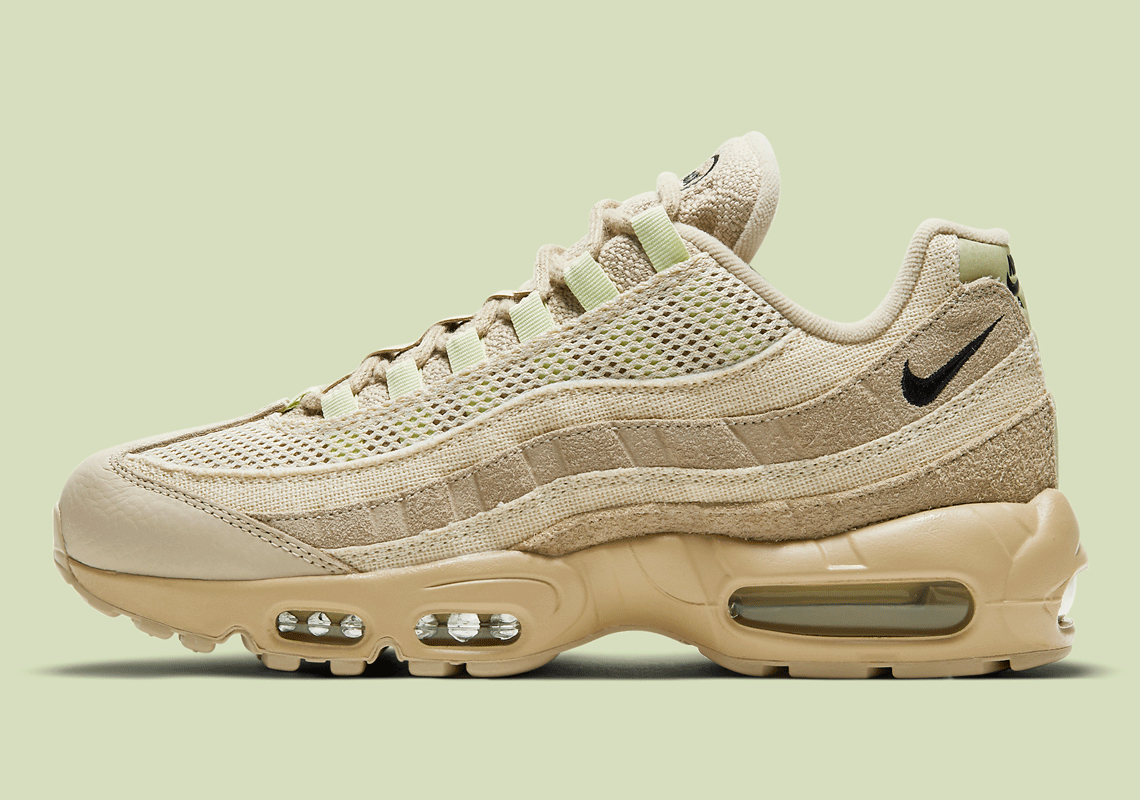 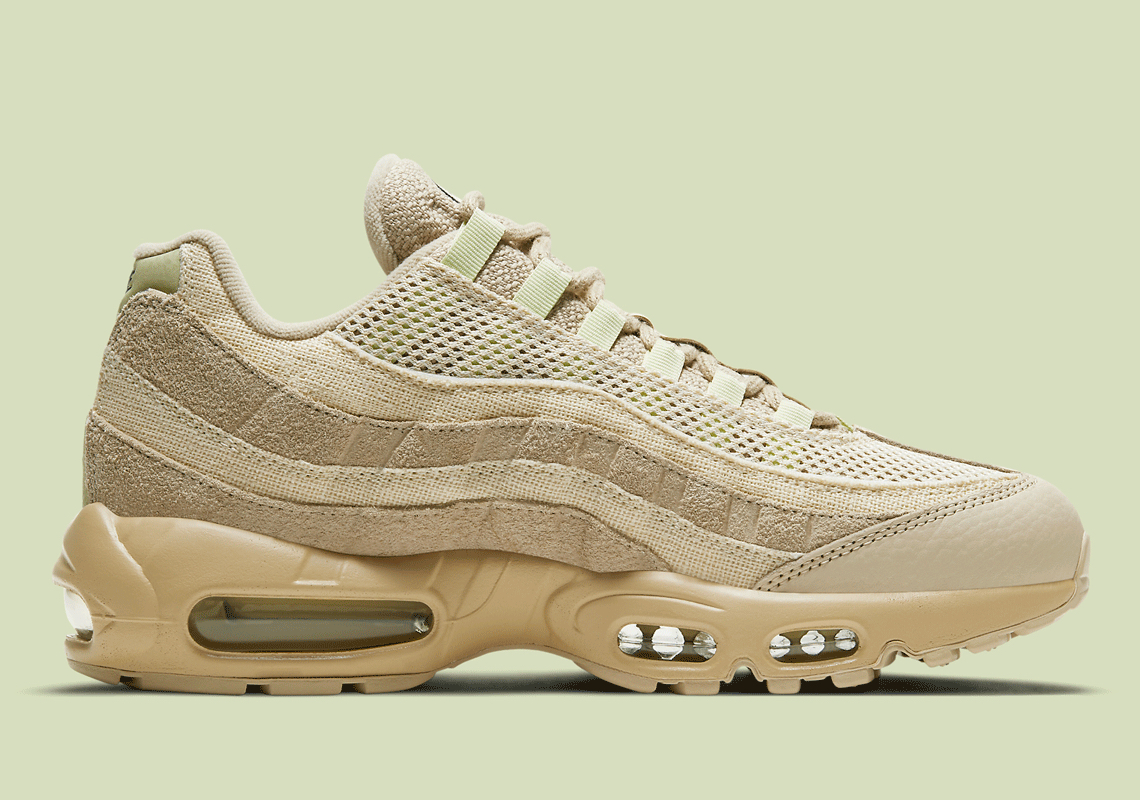 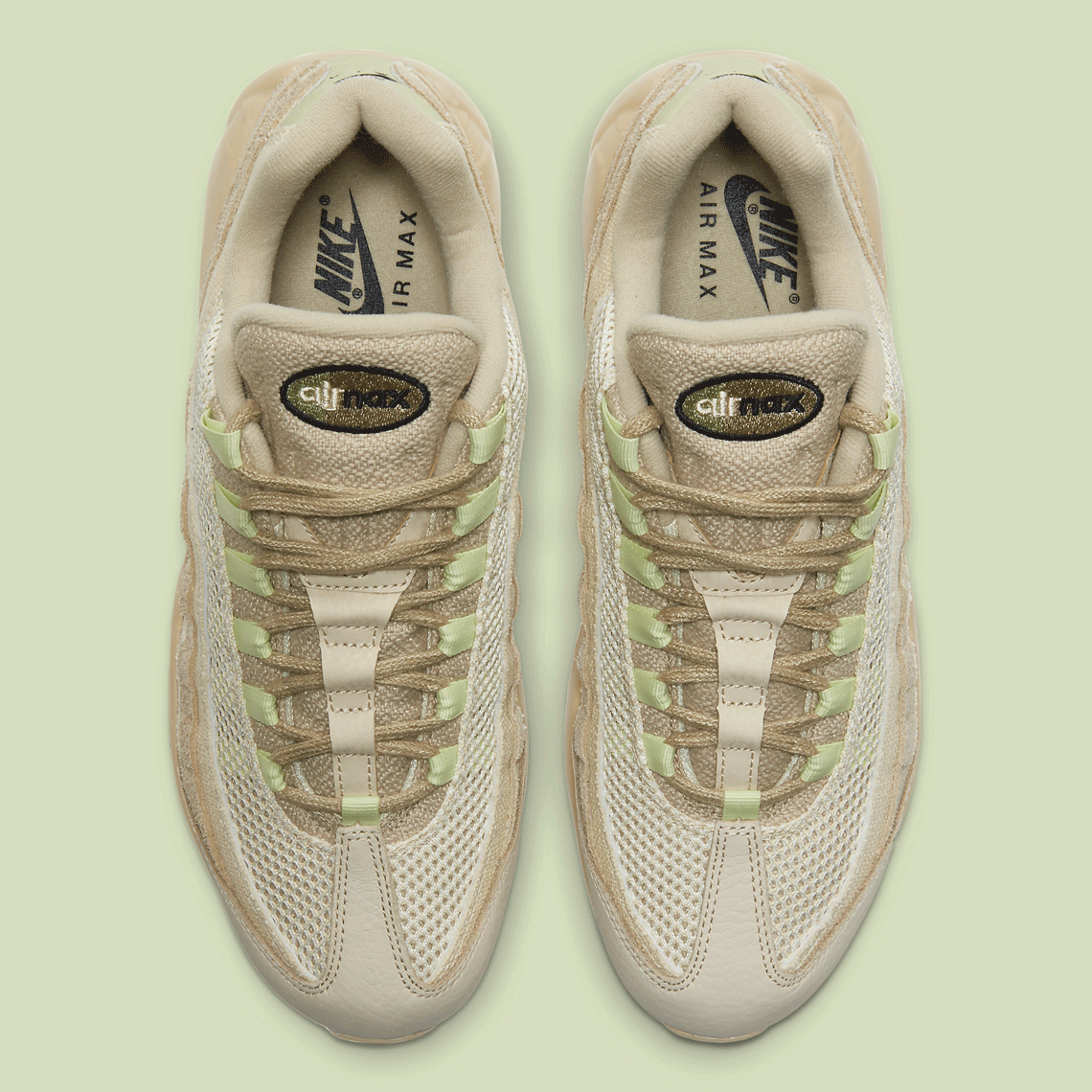 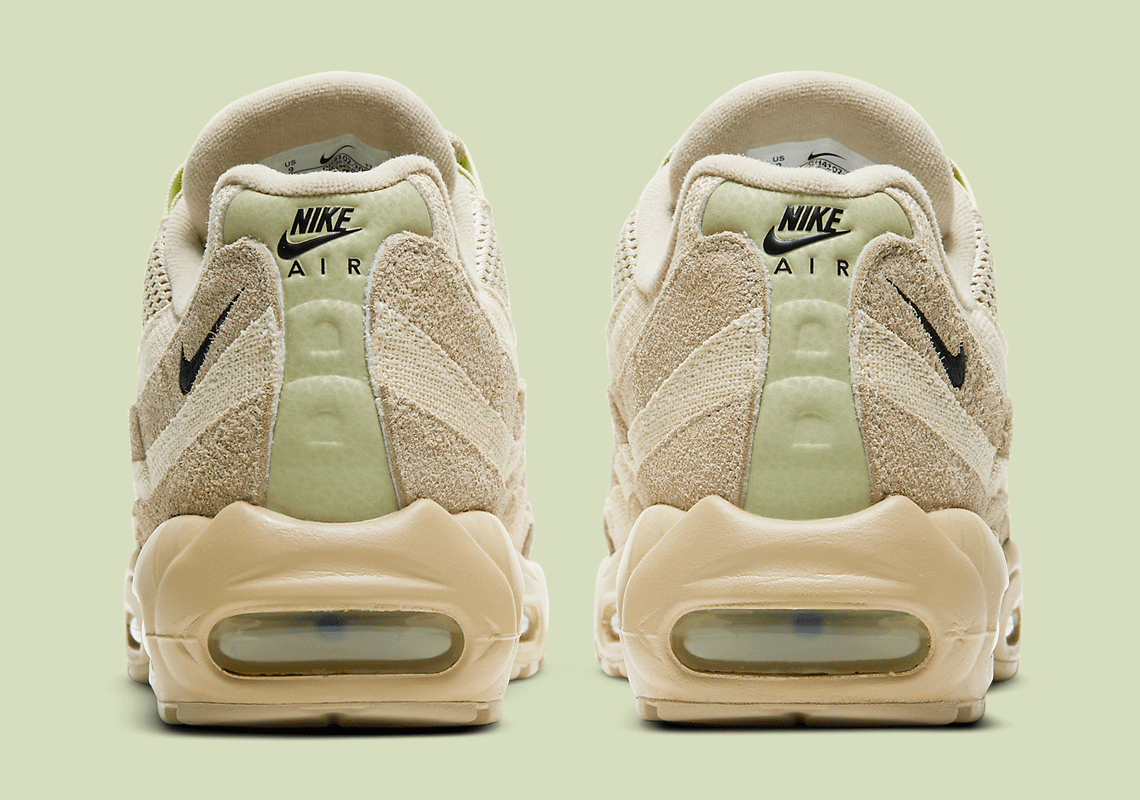 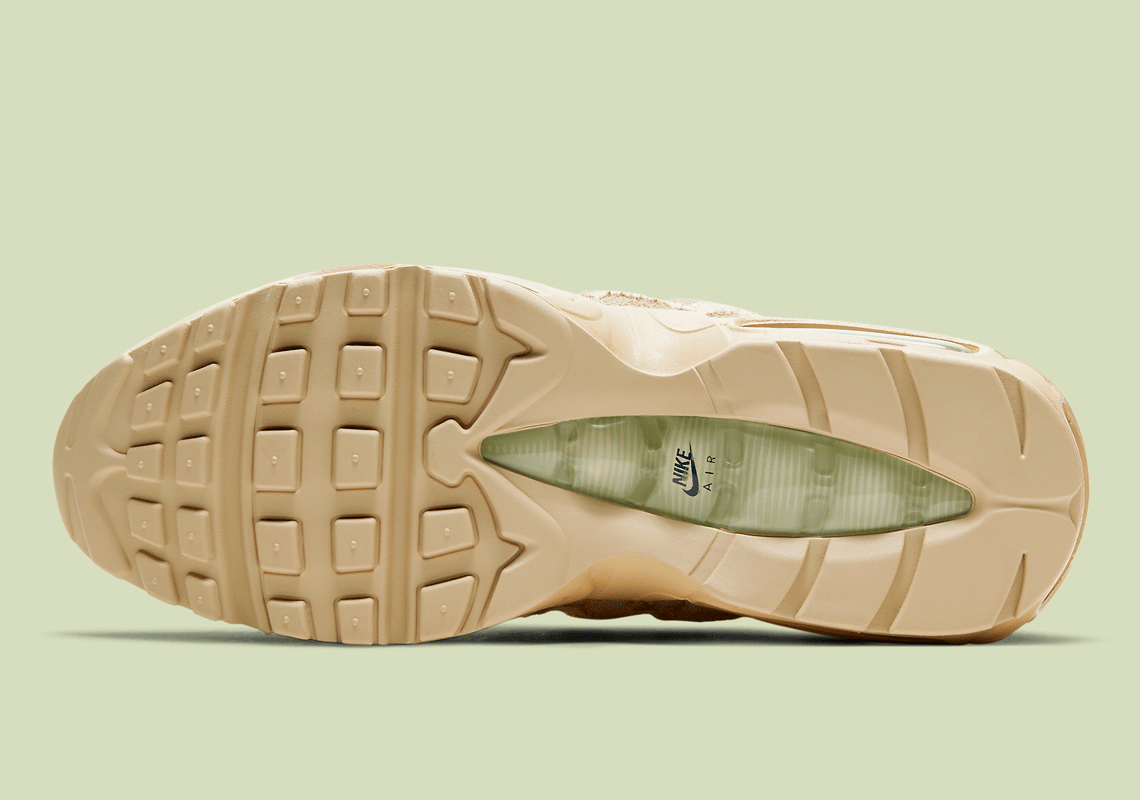 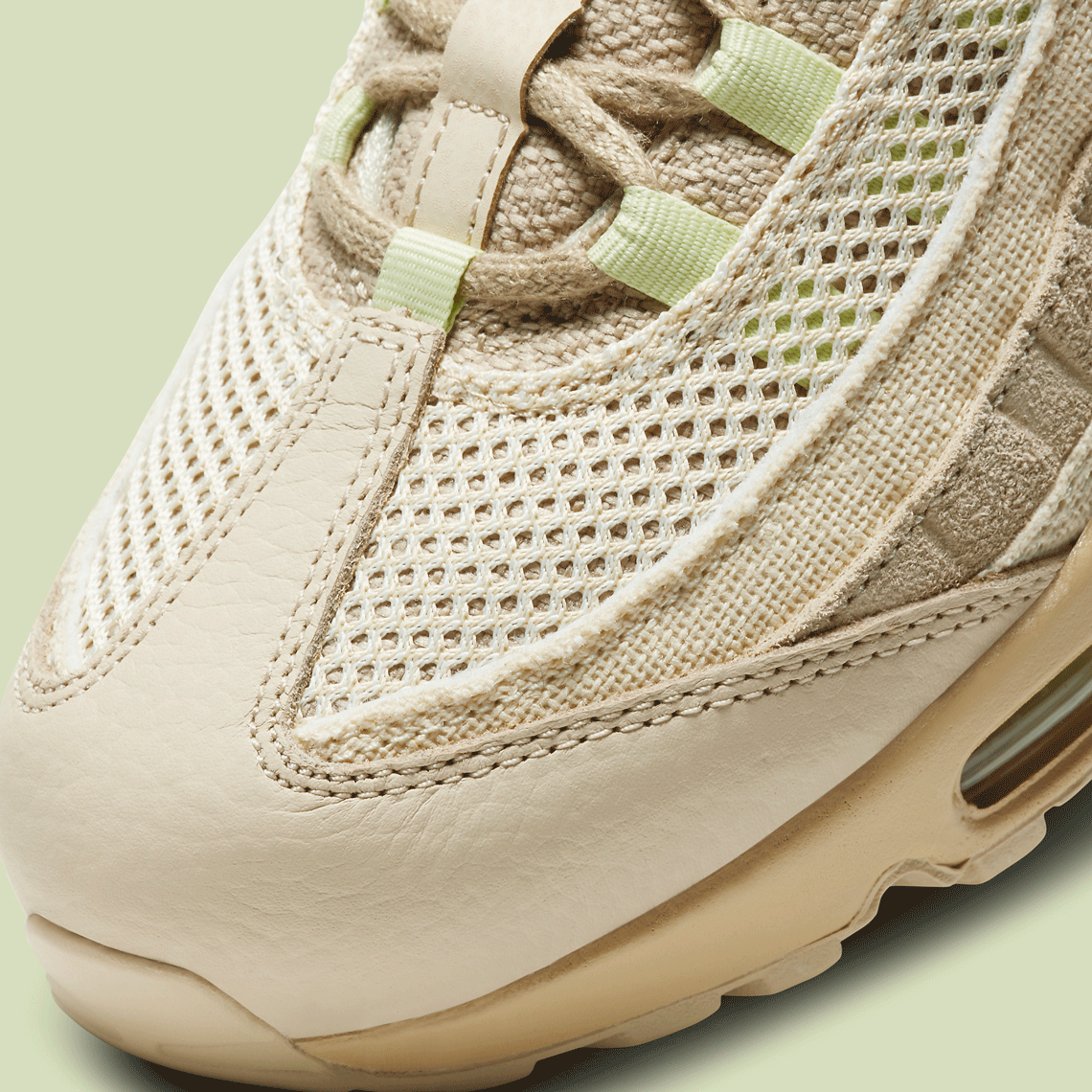 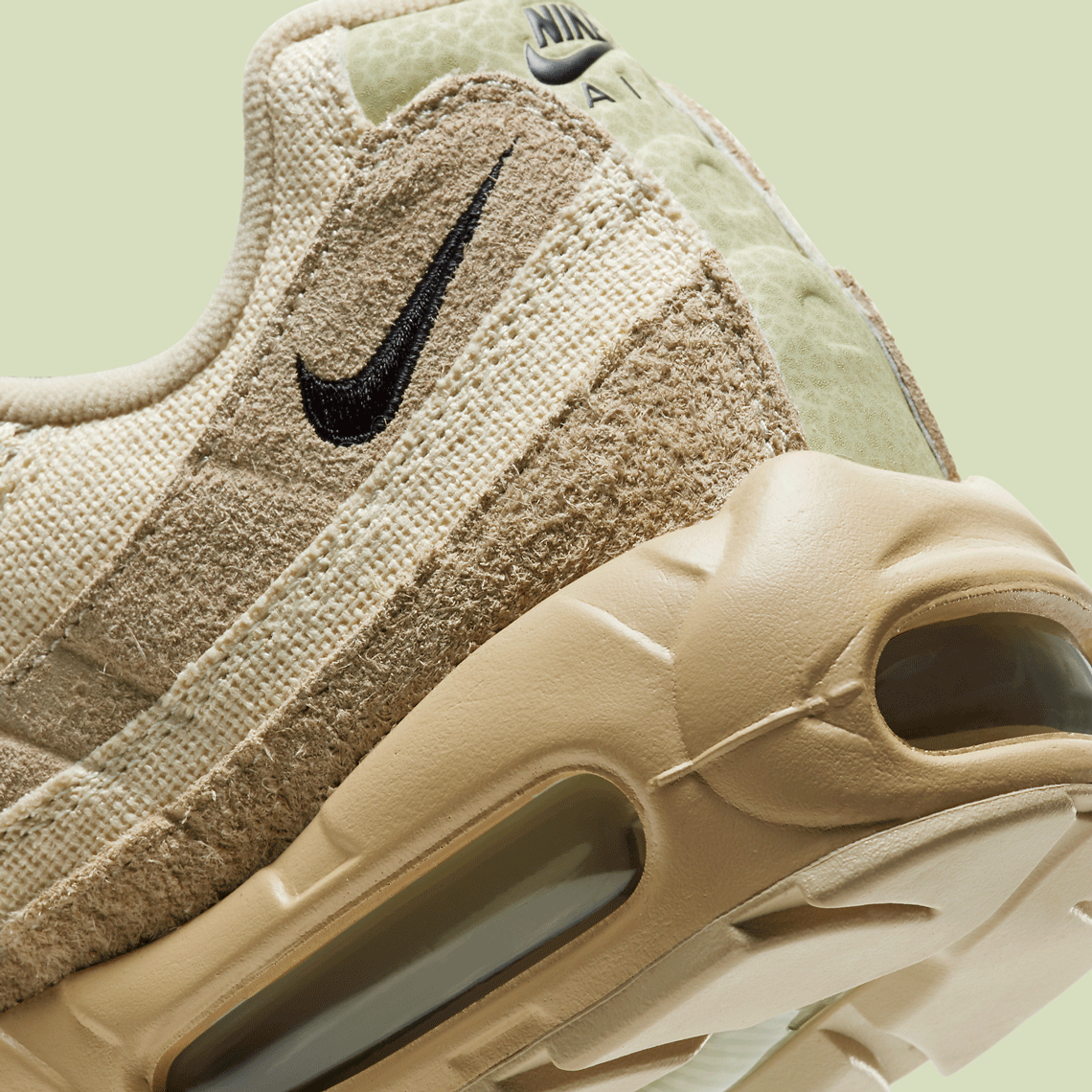