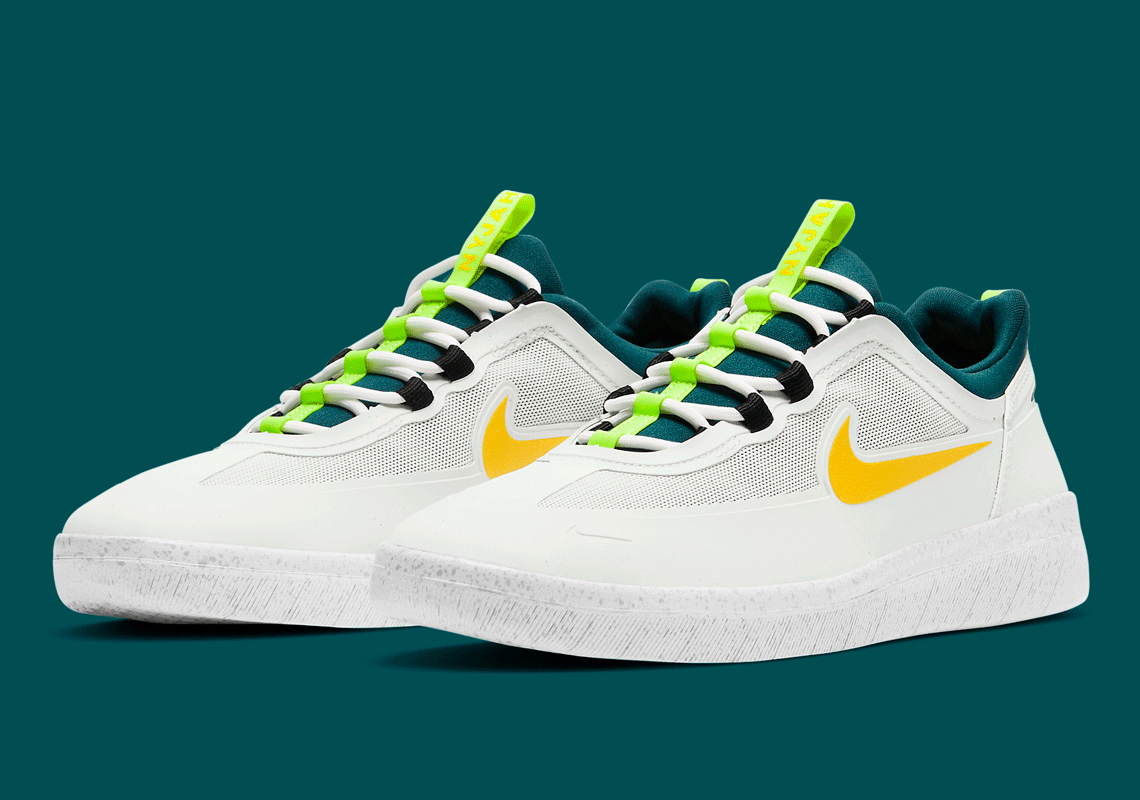 The Nike SB Nyjah 2 Gets “Volt” And “Spruce Lime” Accents

Nyjah Huston has to wait at least another half-year until he can represent the US in the Olympics’ first-ever skateboarding event, but that hasn’t stopped the 26-year-old from delivering new looks of his Nike SB Nyjah Free 2.0. The latest option arrives in an “Off-White” arrangement complemented by “Volt” and “Spruce Lime” accents.

The Zoom Spiridon-inspired upper maintains a predominantly plain aesthetic slightly interrupted by textured, orange profile swooshes. Branding on the tongue pull tabs indulge in the citrus hue, but they’re accompanied by an eye-catching neon green that runs down to the vamp. The same tone appears on the heel and animates Nike SB logos on the tread. Elsewhere, a deep, rich green takes over the tongue, collar and inner lining in a hue reminiscent of the “Spruce Lime” hue to previously grace an original Air Max 90. Sole units forgo the beloved tone, but feature notable speckling throughout the midsole.

An official release date is unknown, but pairs of Houston’s latest signature skate shoe are likely to hit Nike.com soon. In the meantime, enjoy a gallery of images here below. 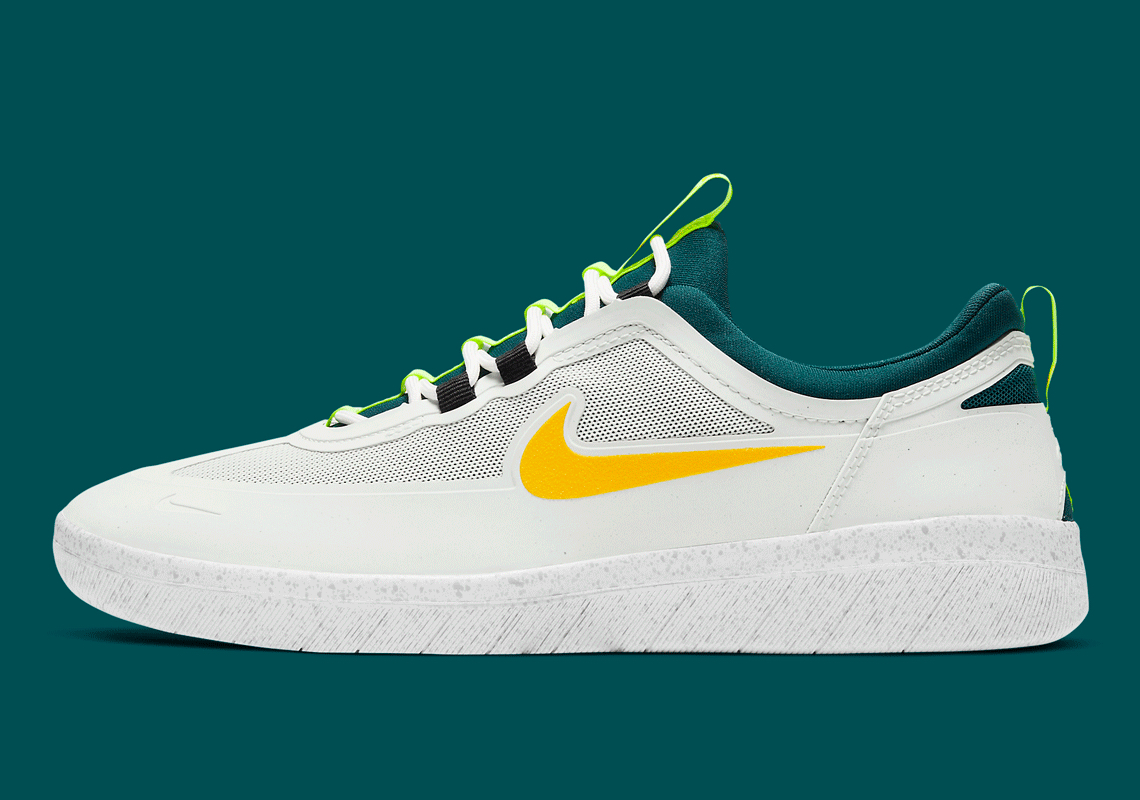 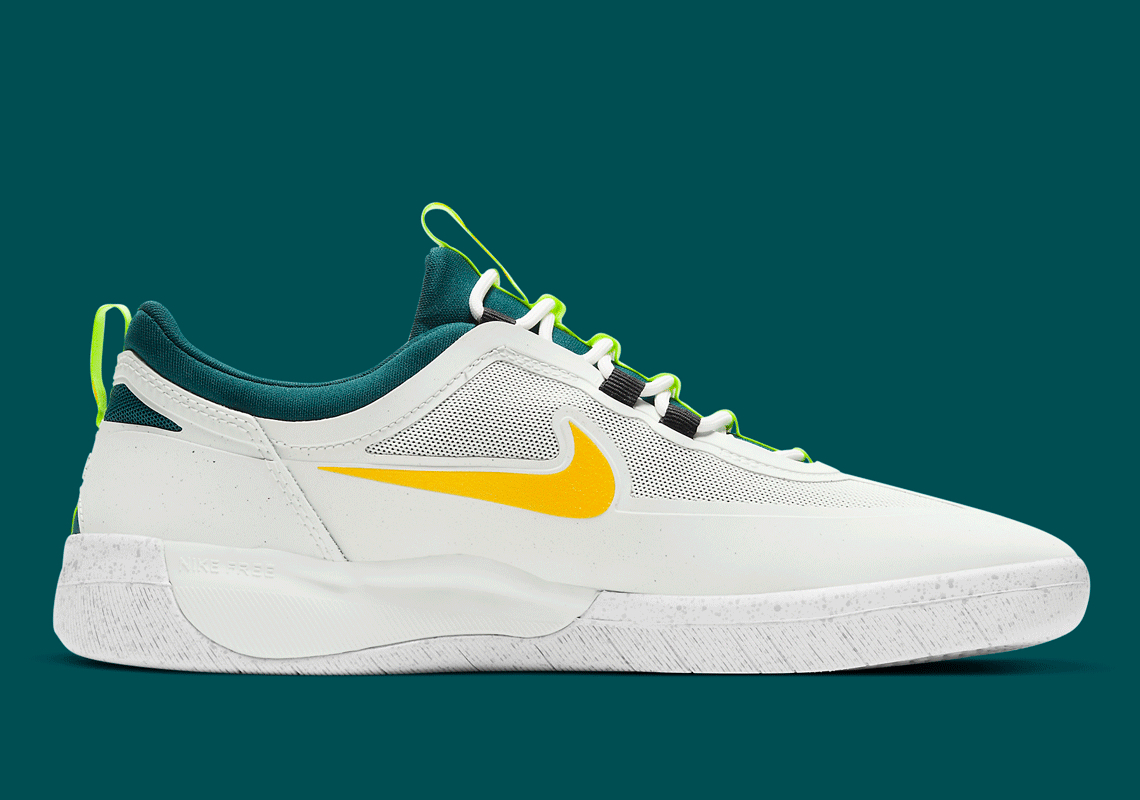 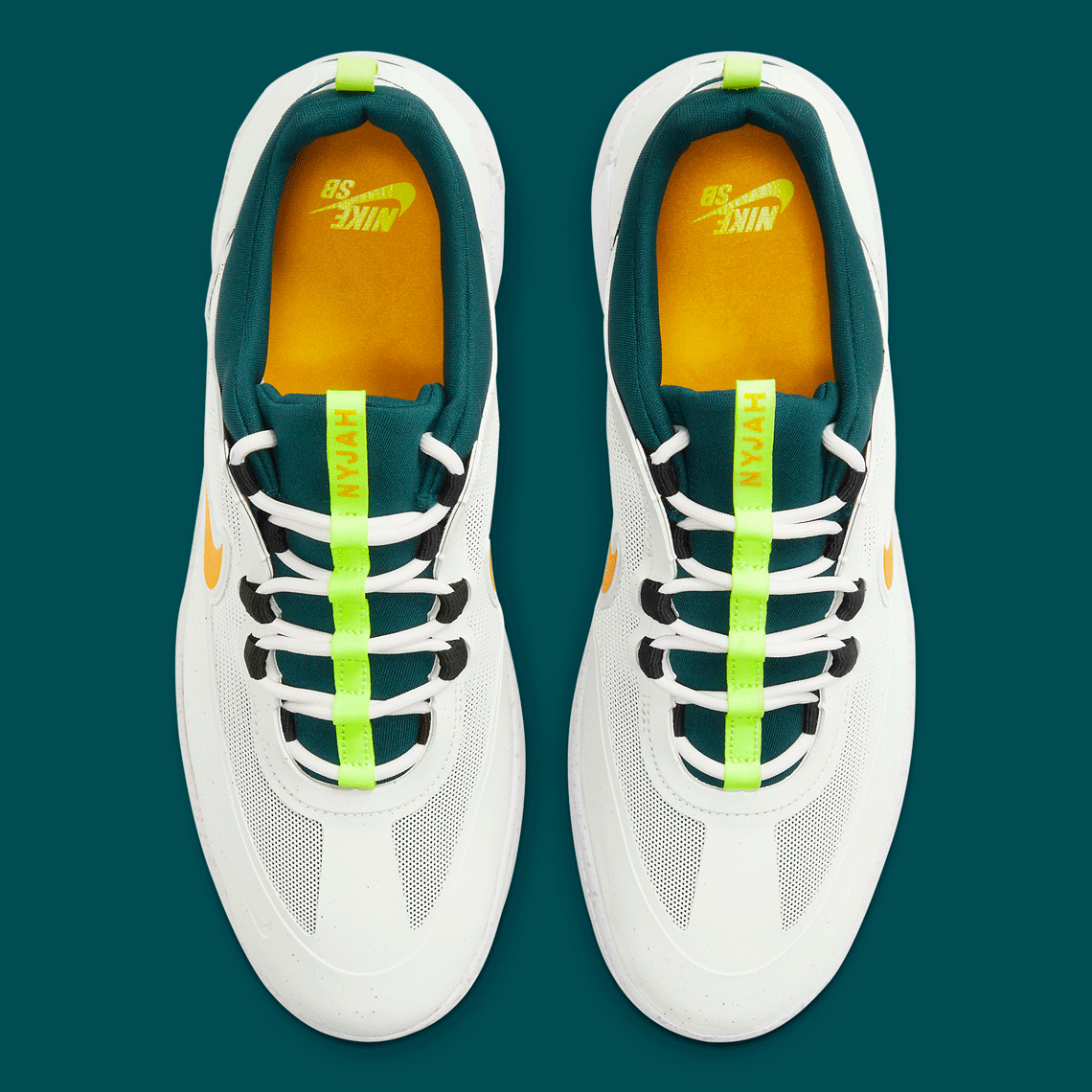 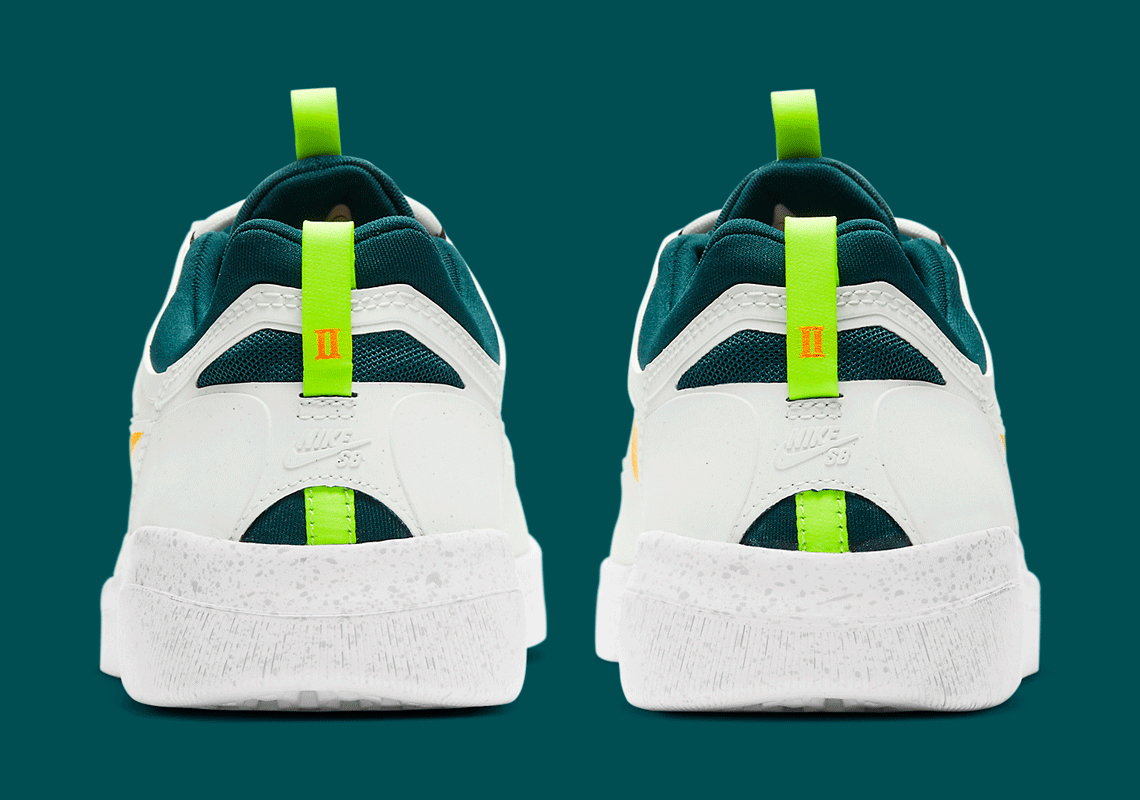 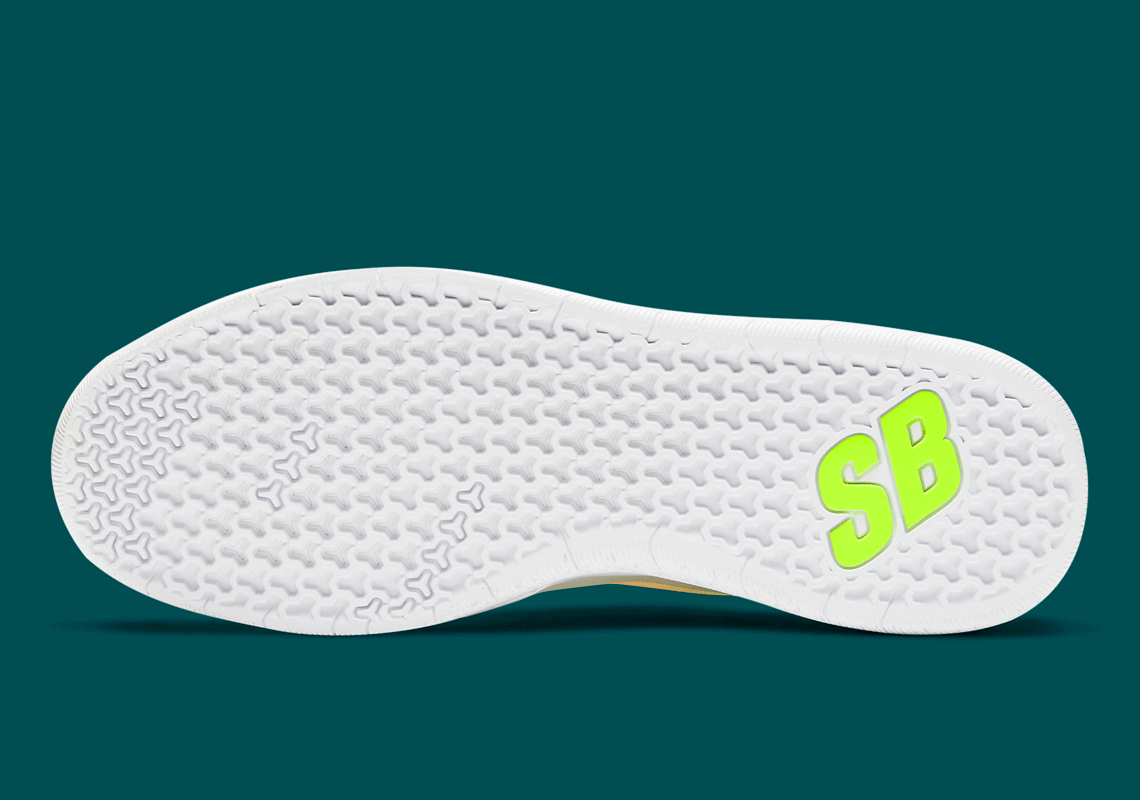 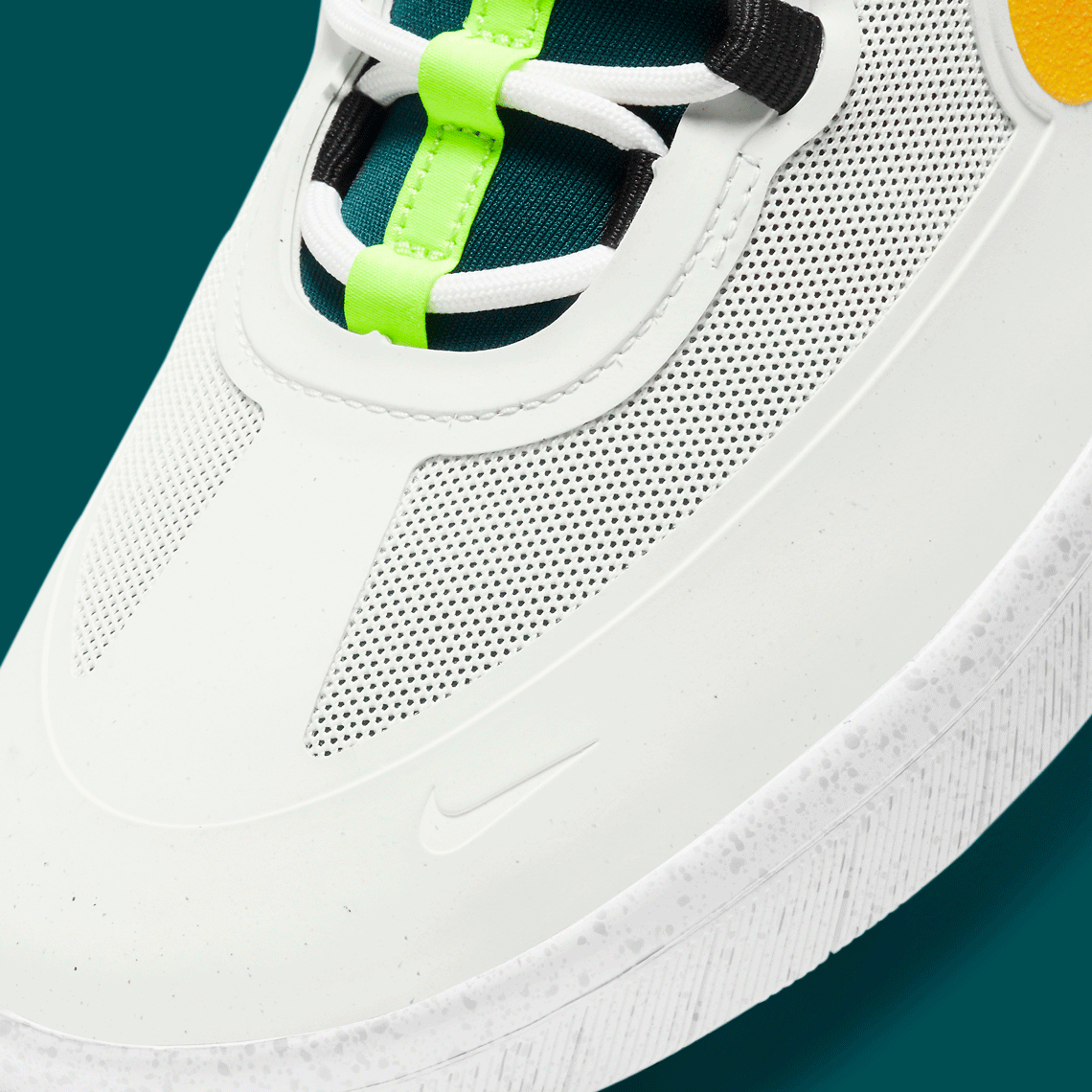 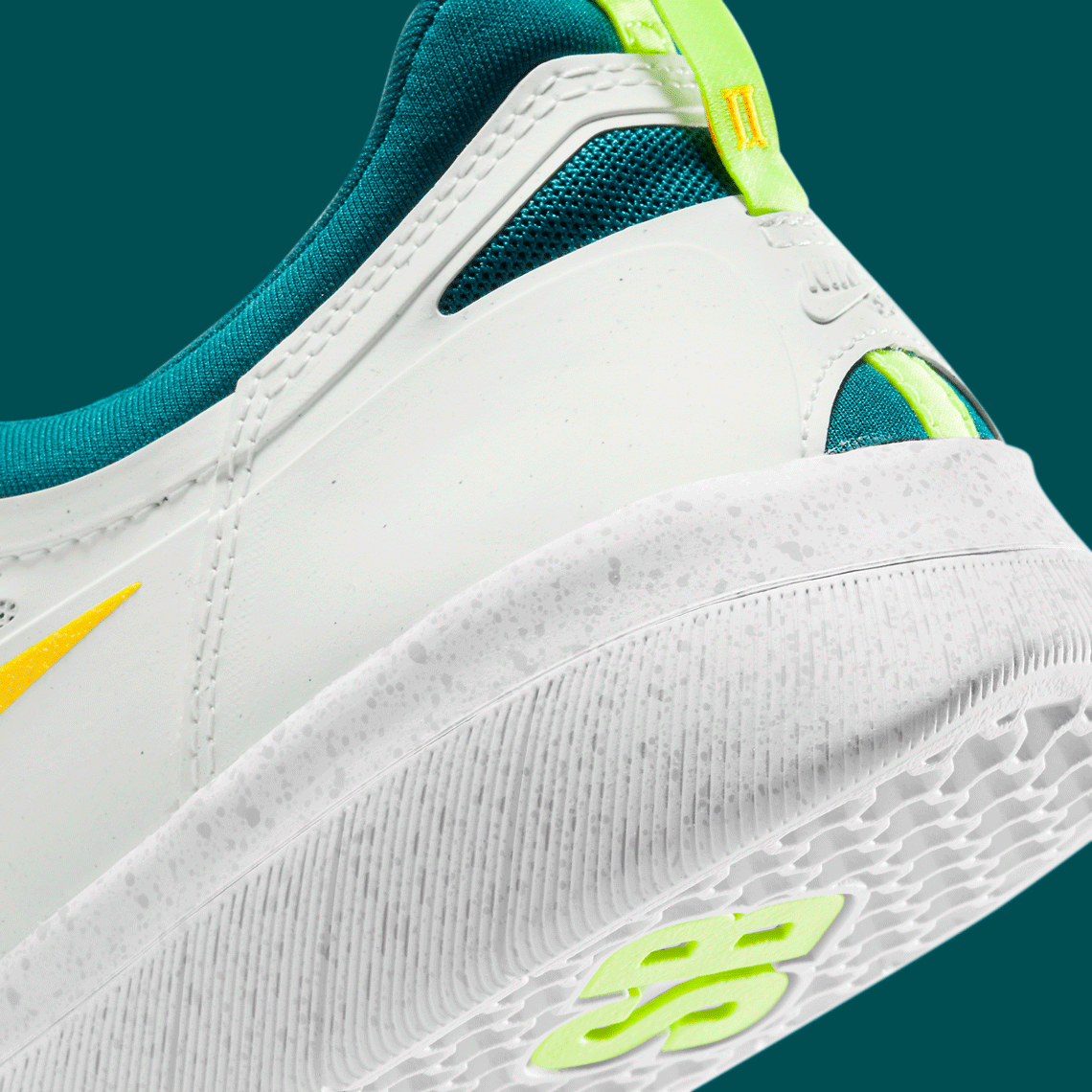