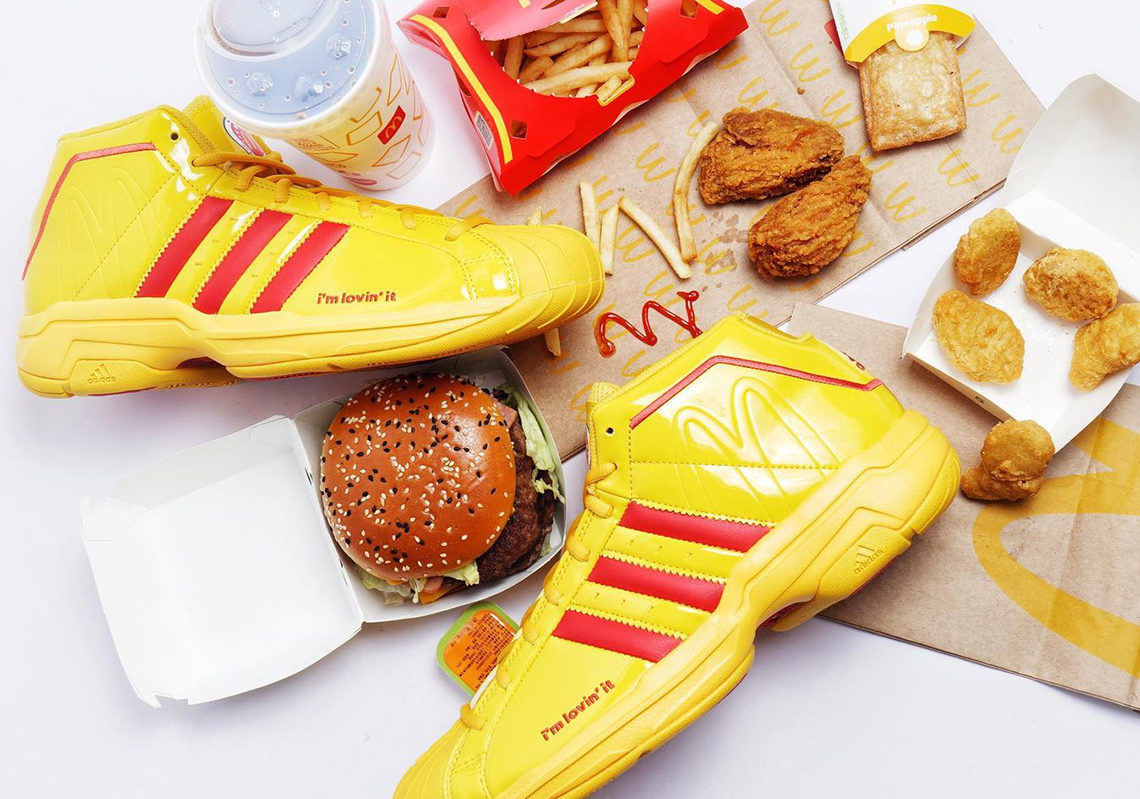 Though cancelled, McDonald’s All-American Game will still live on this year through adidas’ commemorative signatures. And the most notable of the pack, the Pro Model 2G, celebrates the beloved Golden Arches with a very fitting colorway.

And that’s not all, as the pair also features a number of subtle nods to the fast food brand. The arches themselves make a very quiet appearance along the side profile, etched right along the patent-dressed materials. Adjacnet, the Three Stripes round off the palette in red, matching the decal line that accents the counter and the “i’m lovin’ it” embroidery that marks the forefoot.

For a better look, check out the hunger-inducing images below. A release is currently unconfirmed, but it’s possible we’ll see a launch via adidas.com soon.

In other news, the Reebok Question Low Glitch has just appeared. 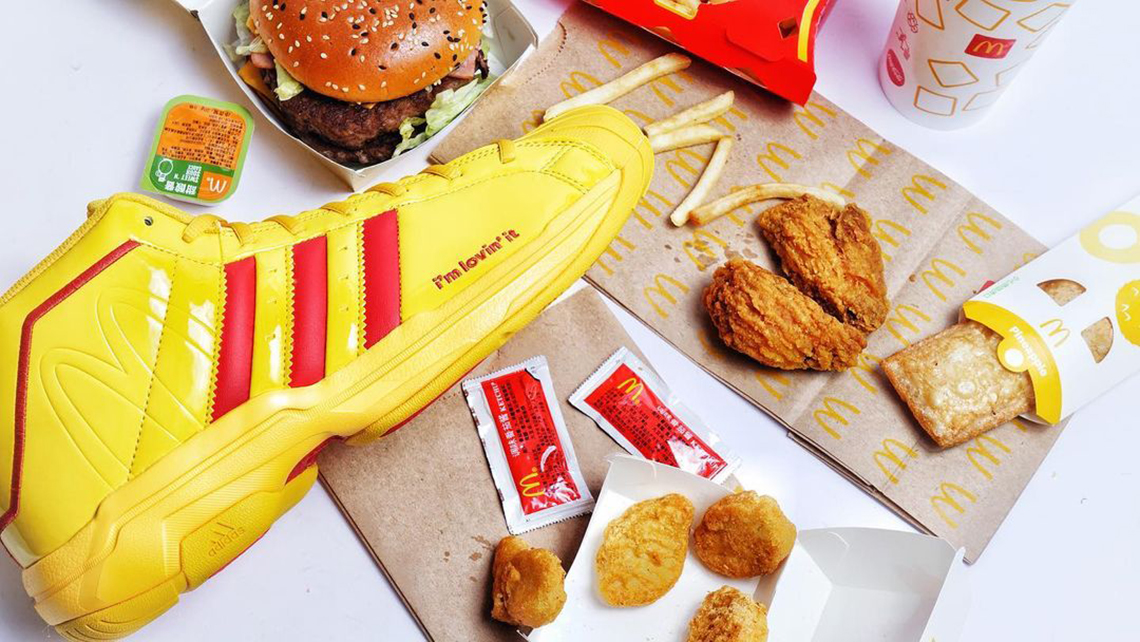 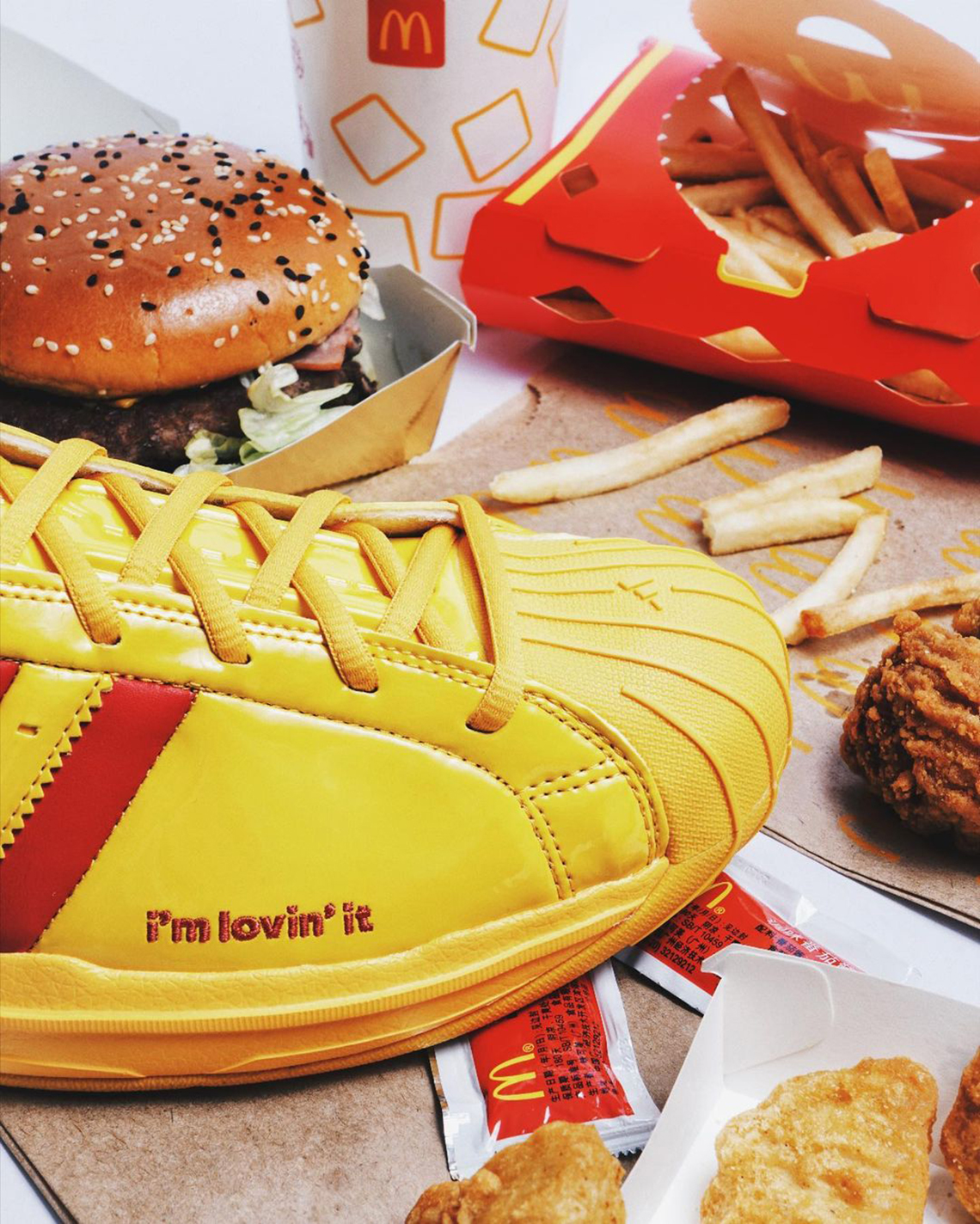 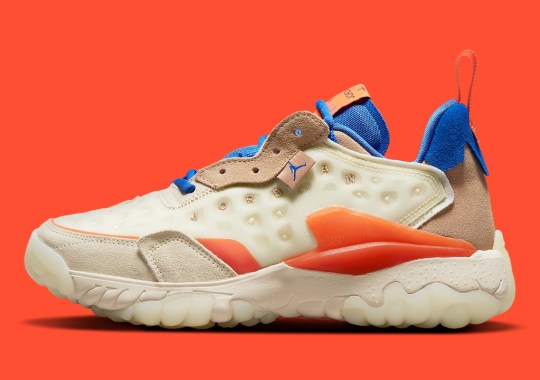