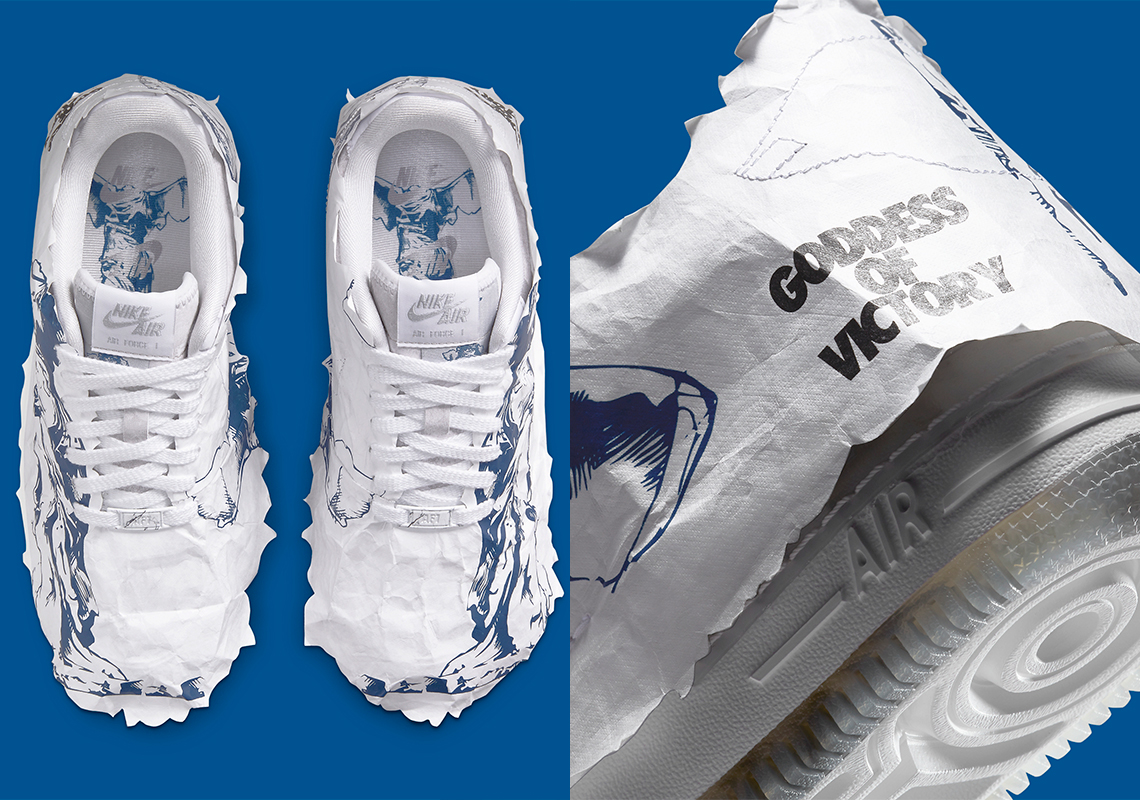 Nike’s urge to experiment is at an all-time high. With both the Air Force 1 as well as the Dunk Low, the brand has wrapped their offerings twice, adding on layers of tissue paper to the shoes’ exterior. Here, the brand is making use of the execution yet again, though this time they’re directing focus to the women’s Air Force 1 Shadow.

Dubbed the “Goddess of Victory” in reference to the silhouette’s female exclusivity and the Nike namesake, the pair leverages the outer materials far more than any of the iterations prior. Atop much of the removable paper, a navy print celebrates the mythical figure in question, with smaller versions of the same graphic put on the insole alongside. The back heel, then, spells out the colorway’s title in oblique, black text. Underneath, once the wrapping is fully removed, the nods to Nike continue, as all of the greyed leather panels bear a marble look like many a historic statue.

For a close-up look, see the full range of official images below. A release is likely to hit Nike.com and select retailers soon.

In other news, an Air Max 90 Exeter Edition is on the way this year as well. 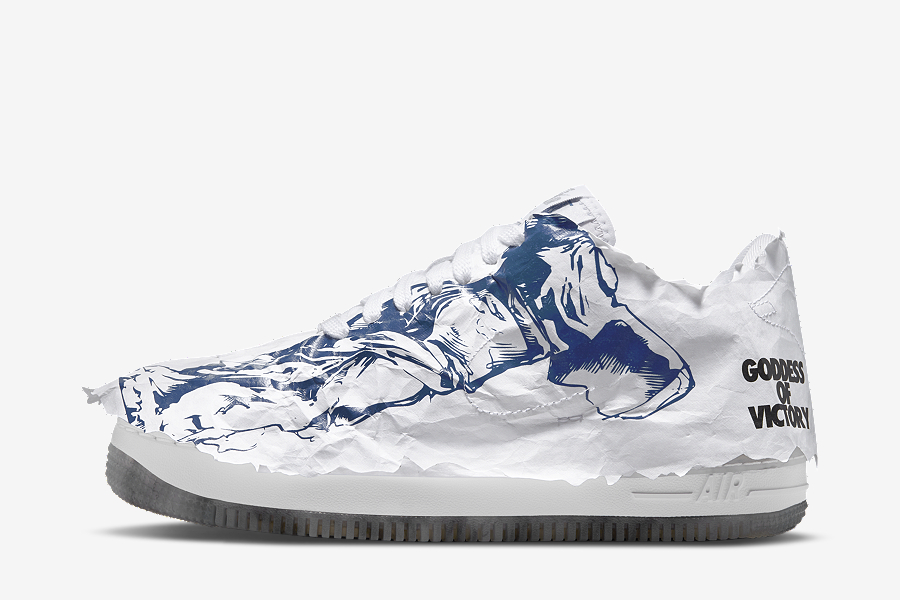 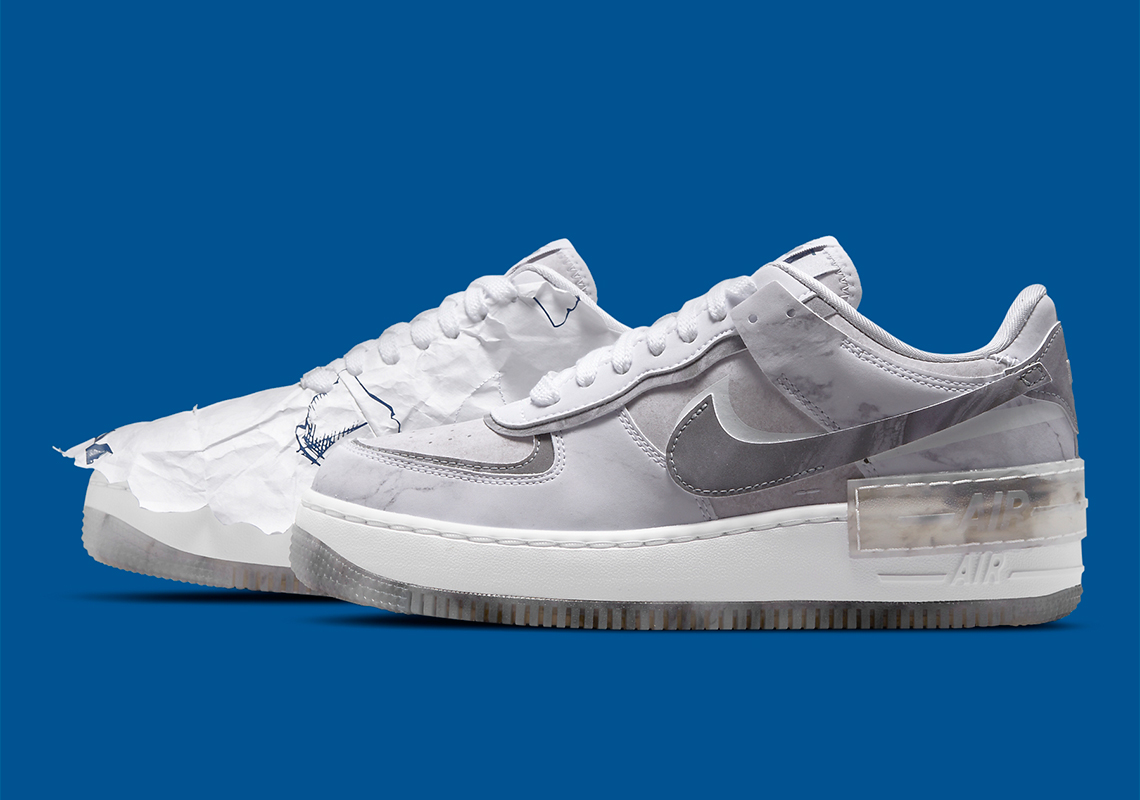 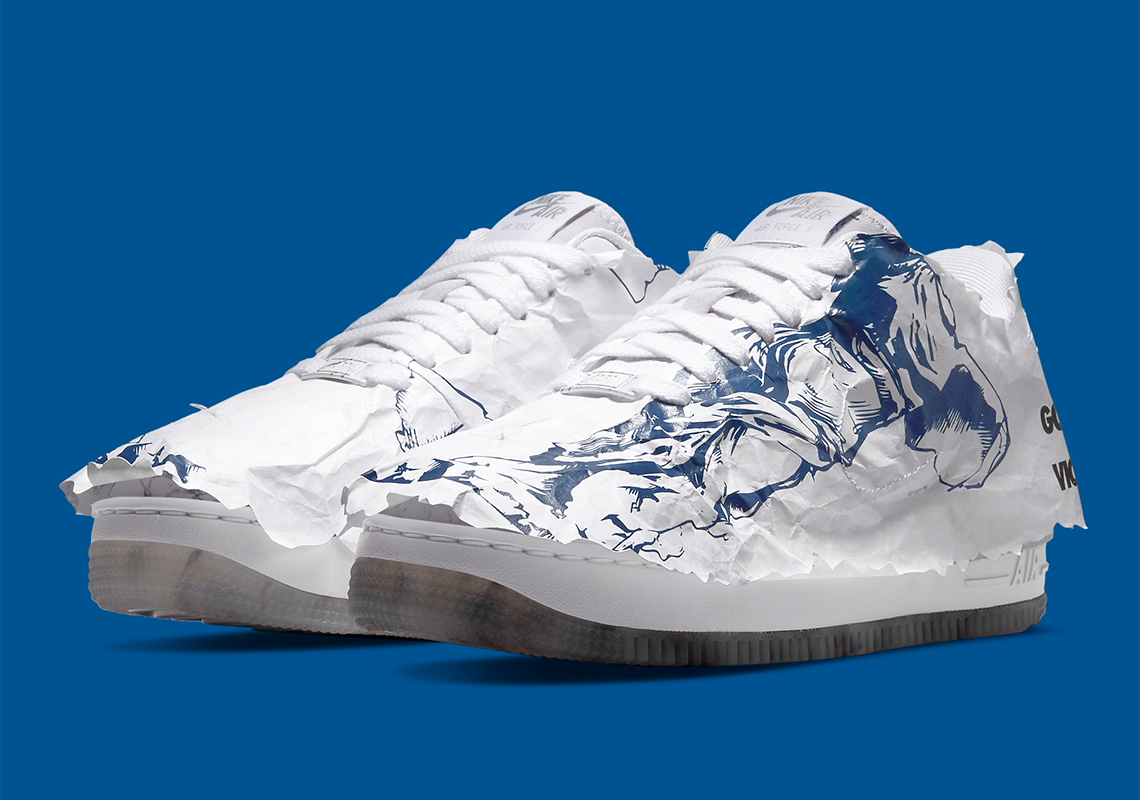 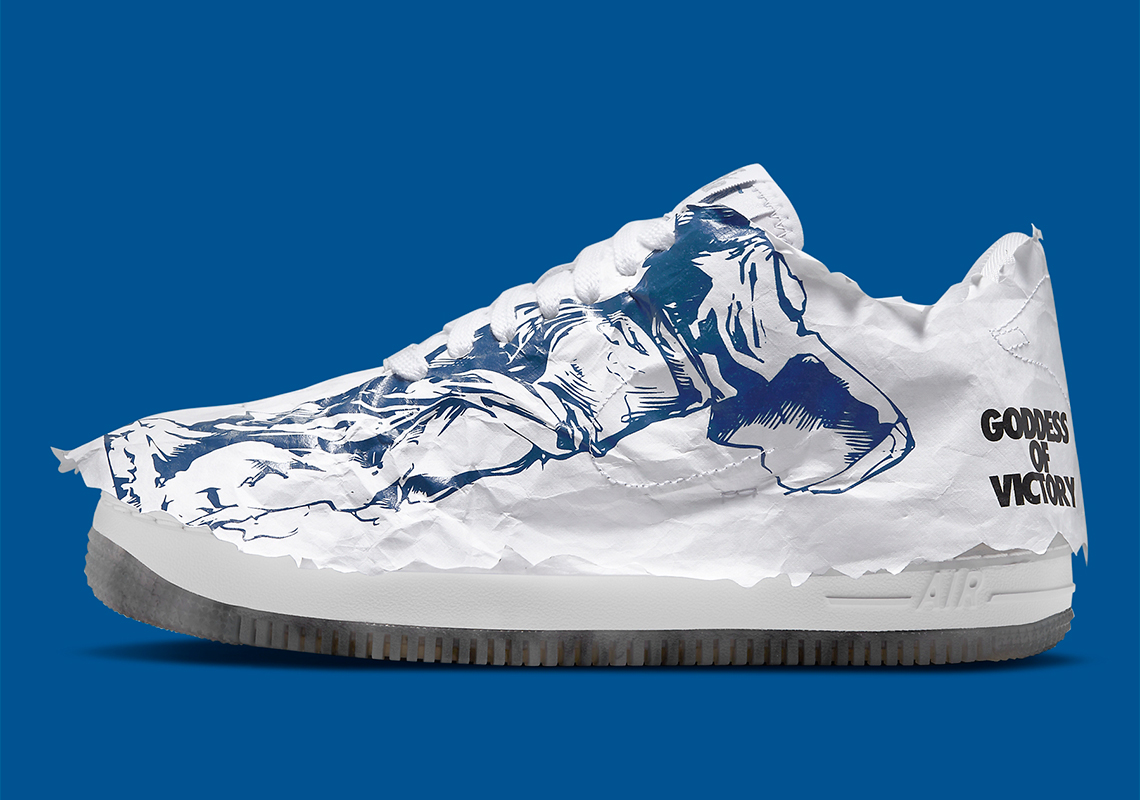 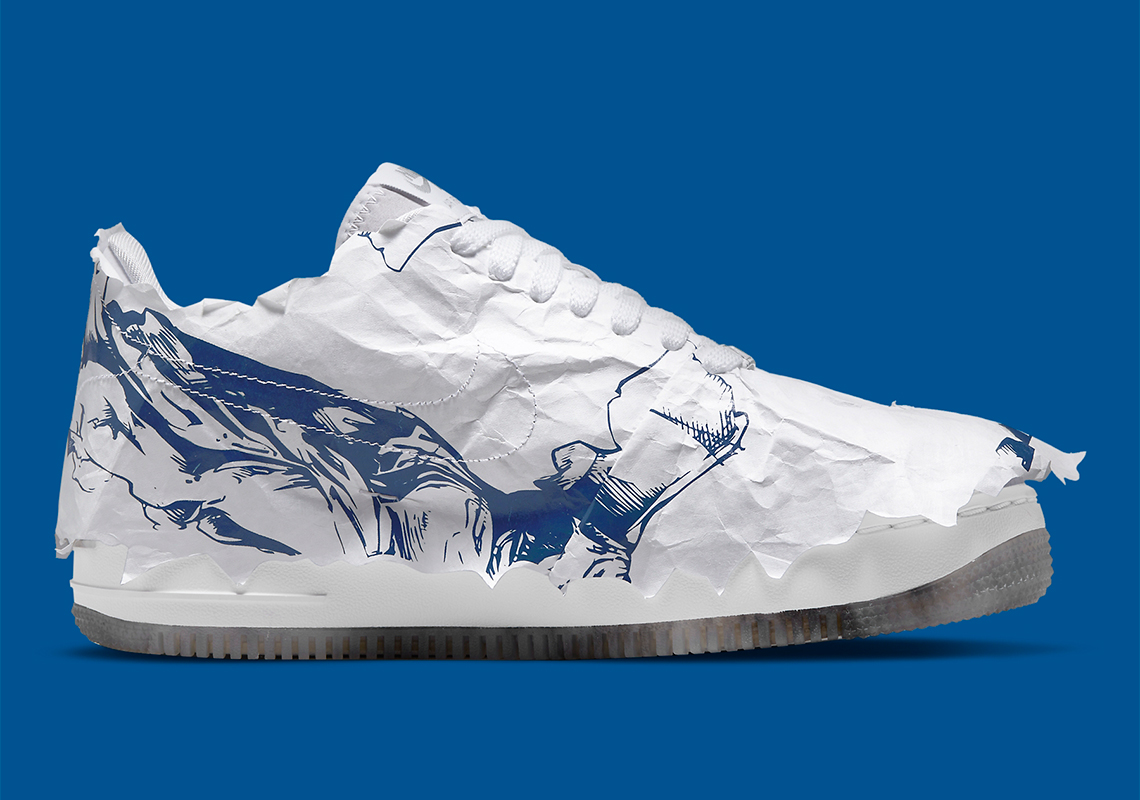 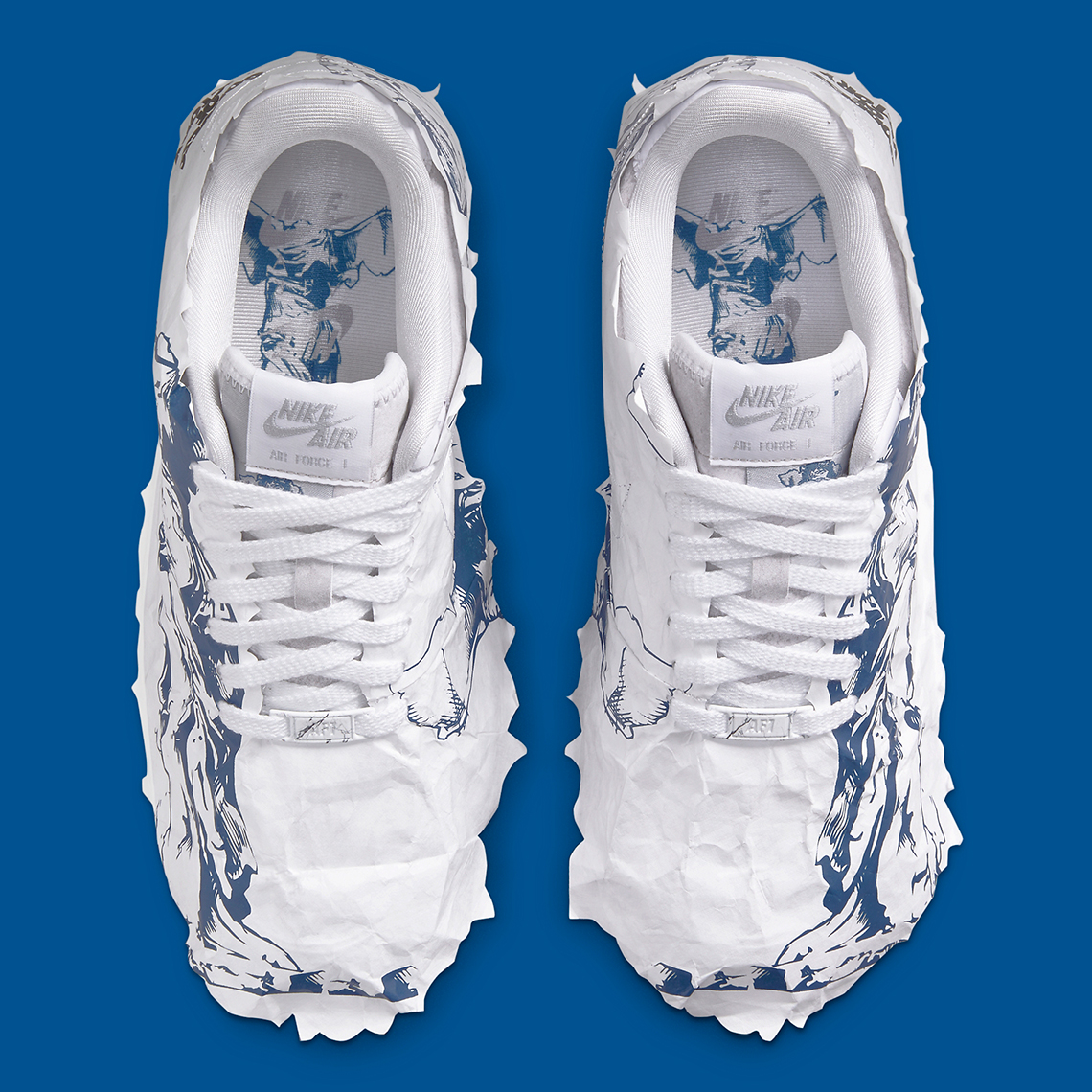 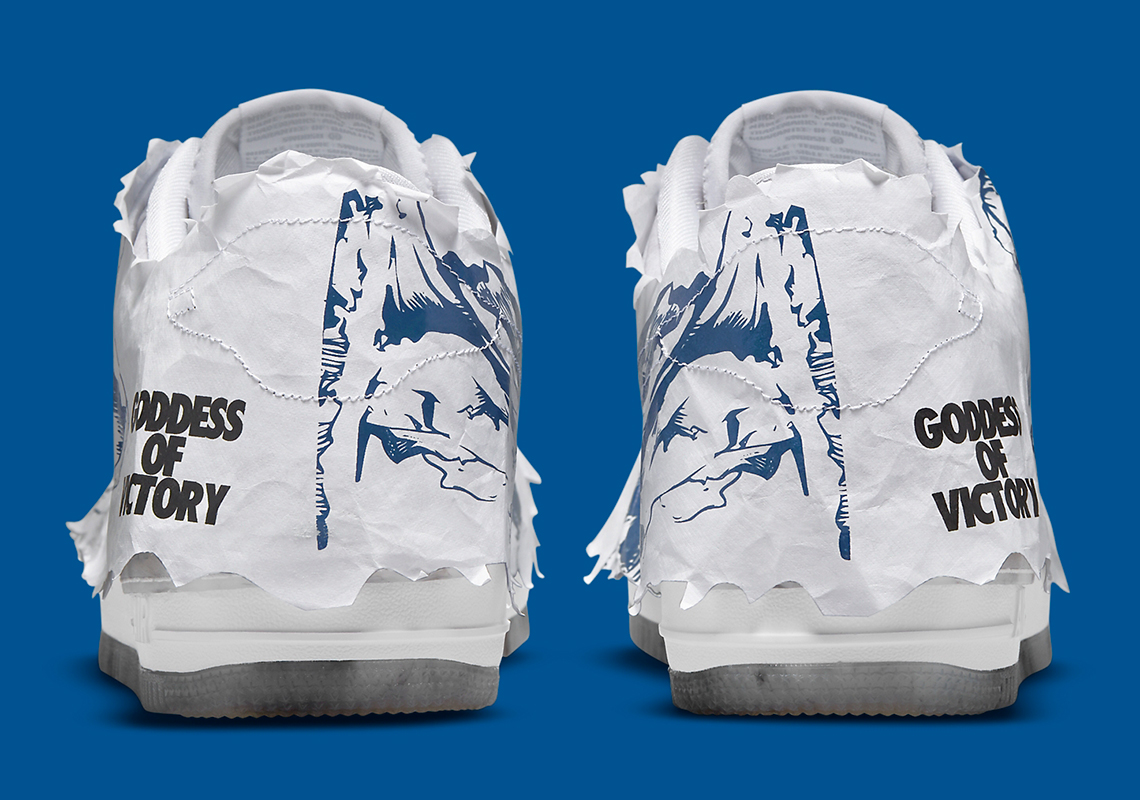 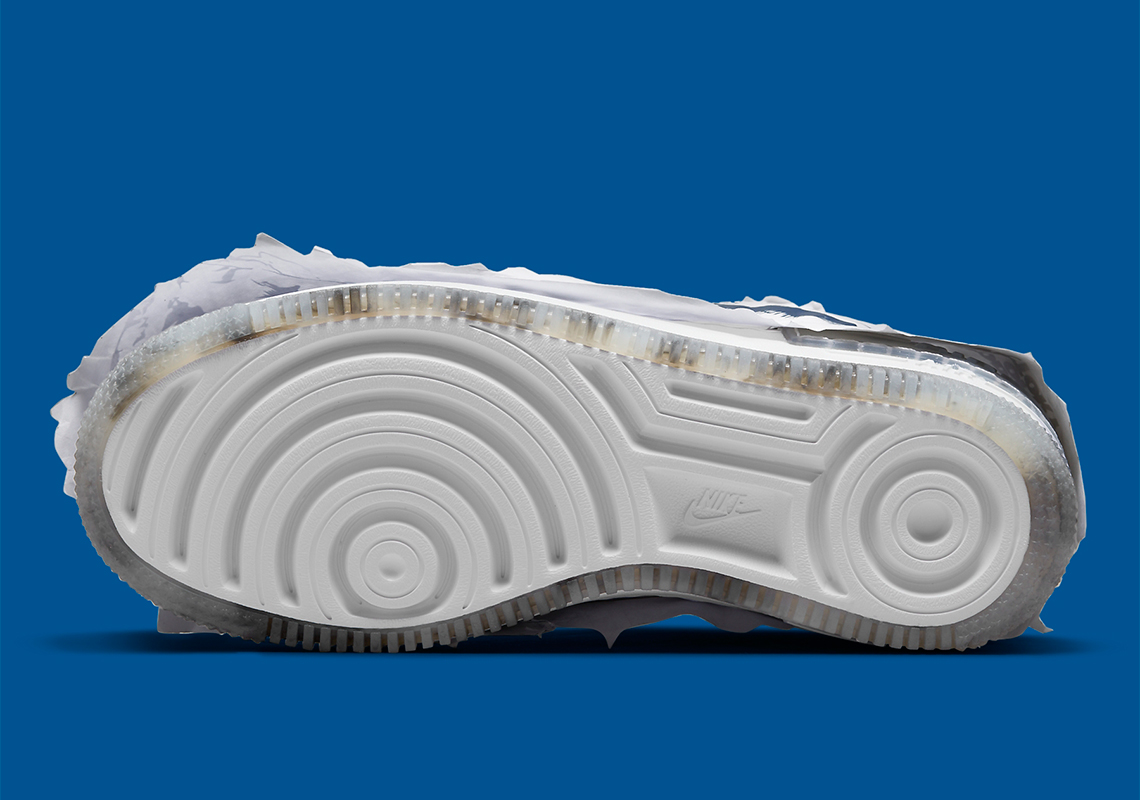 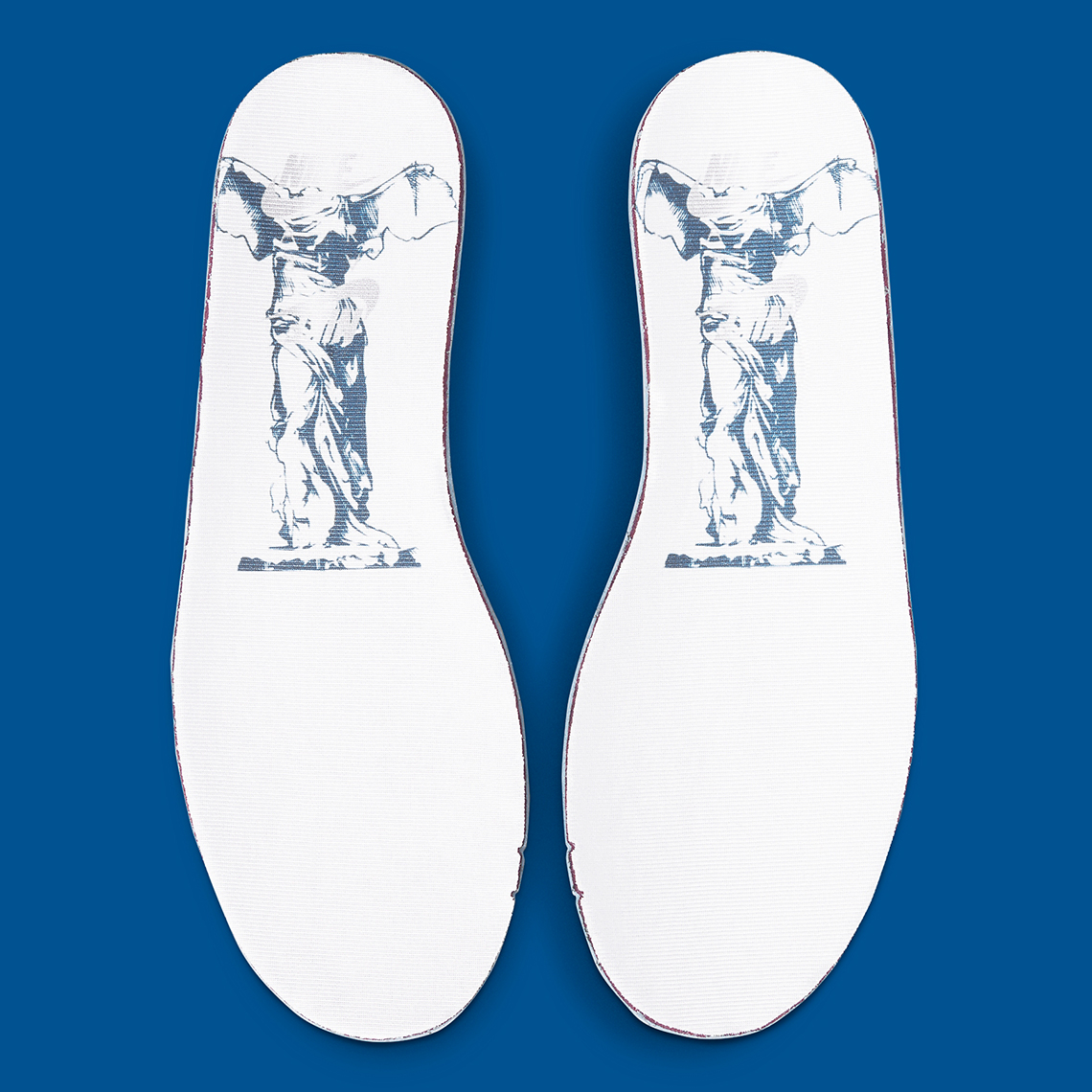 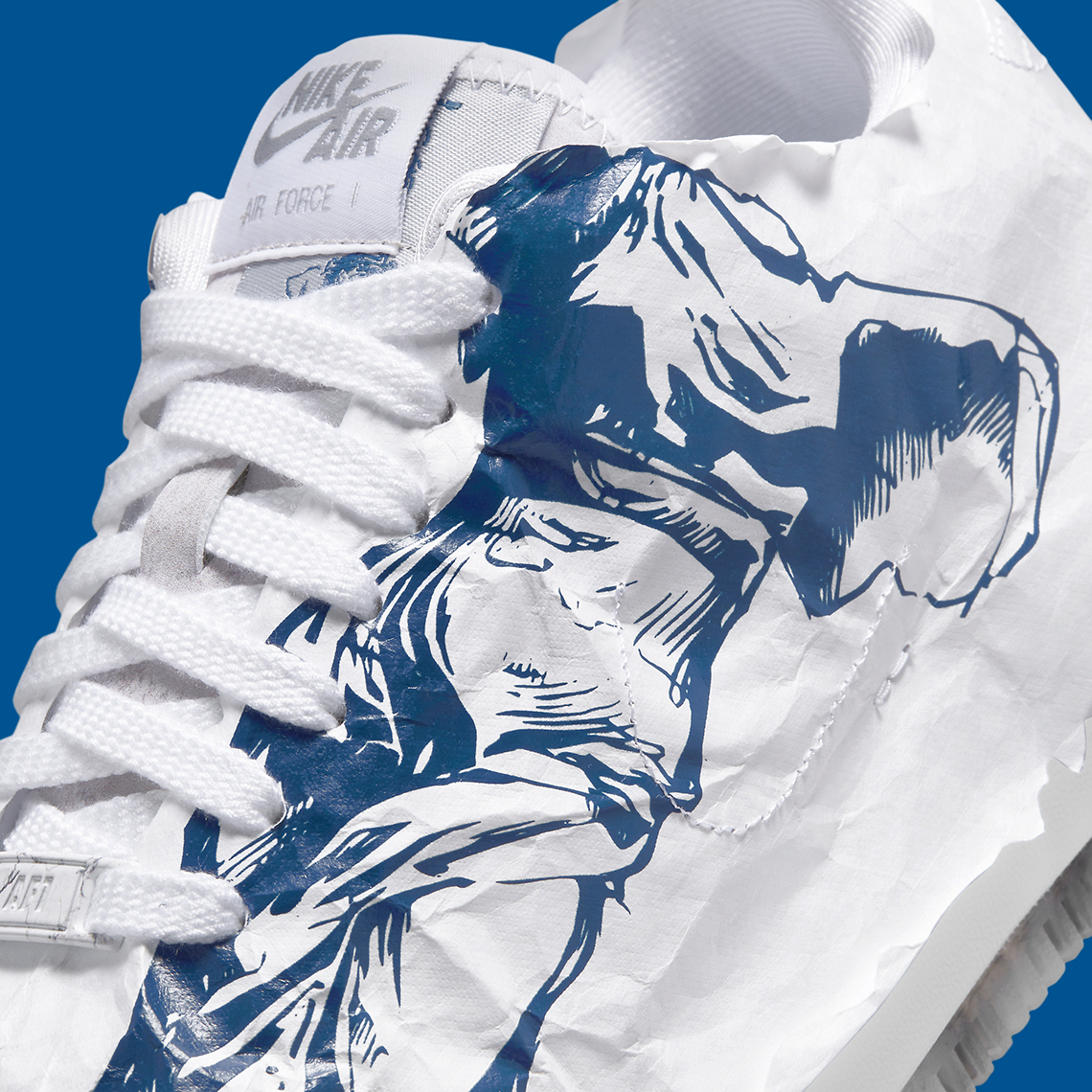 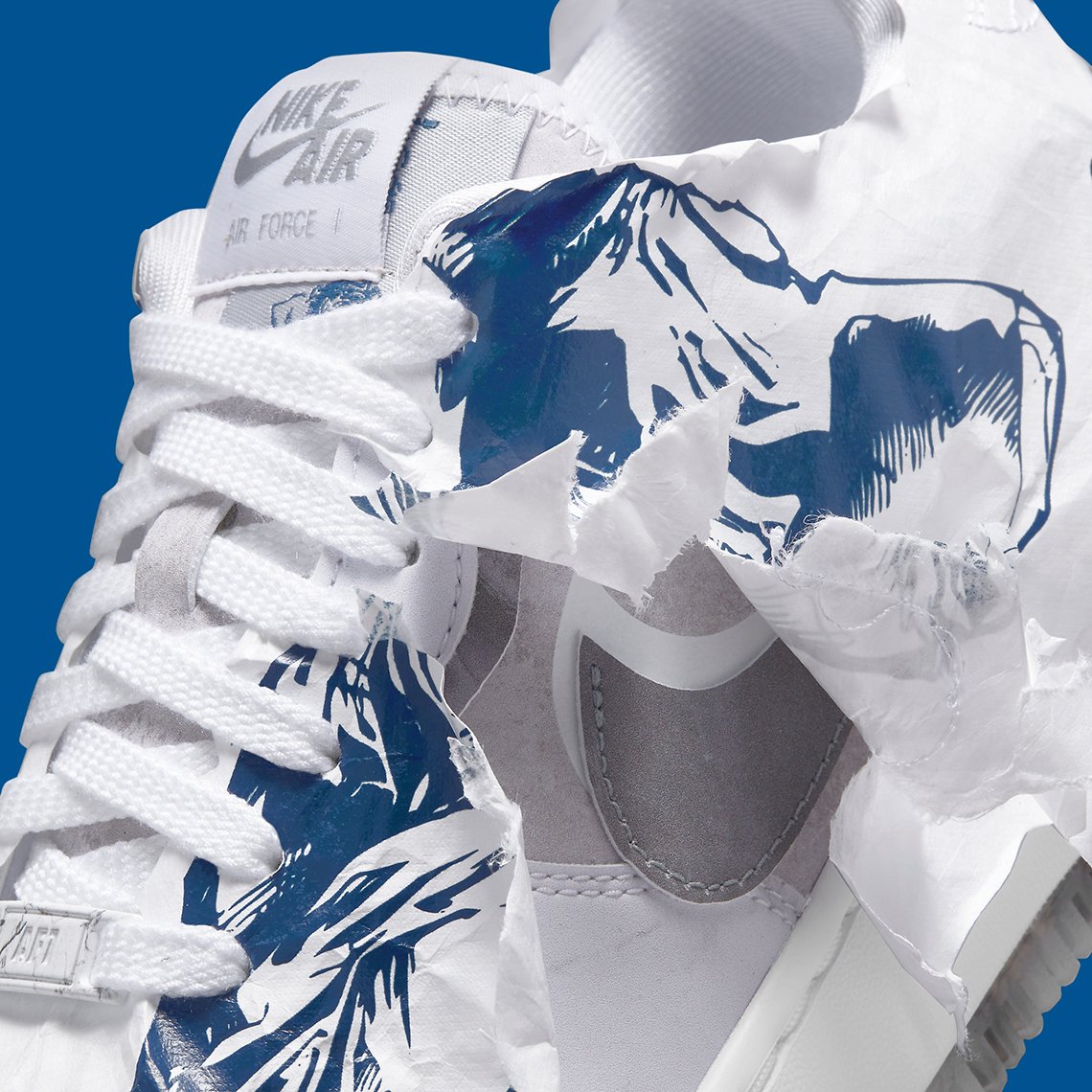 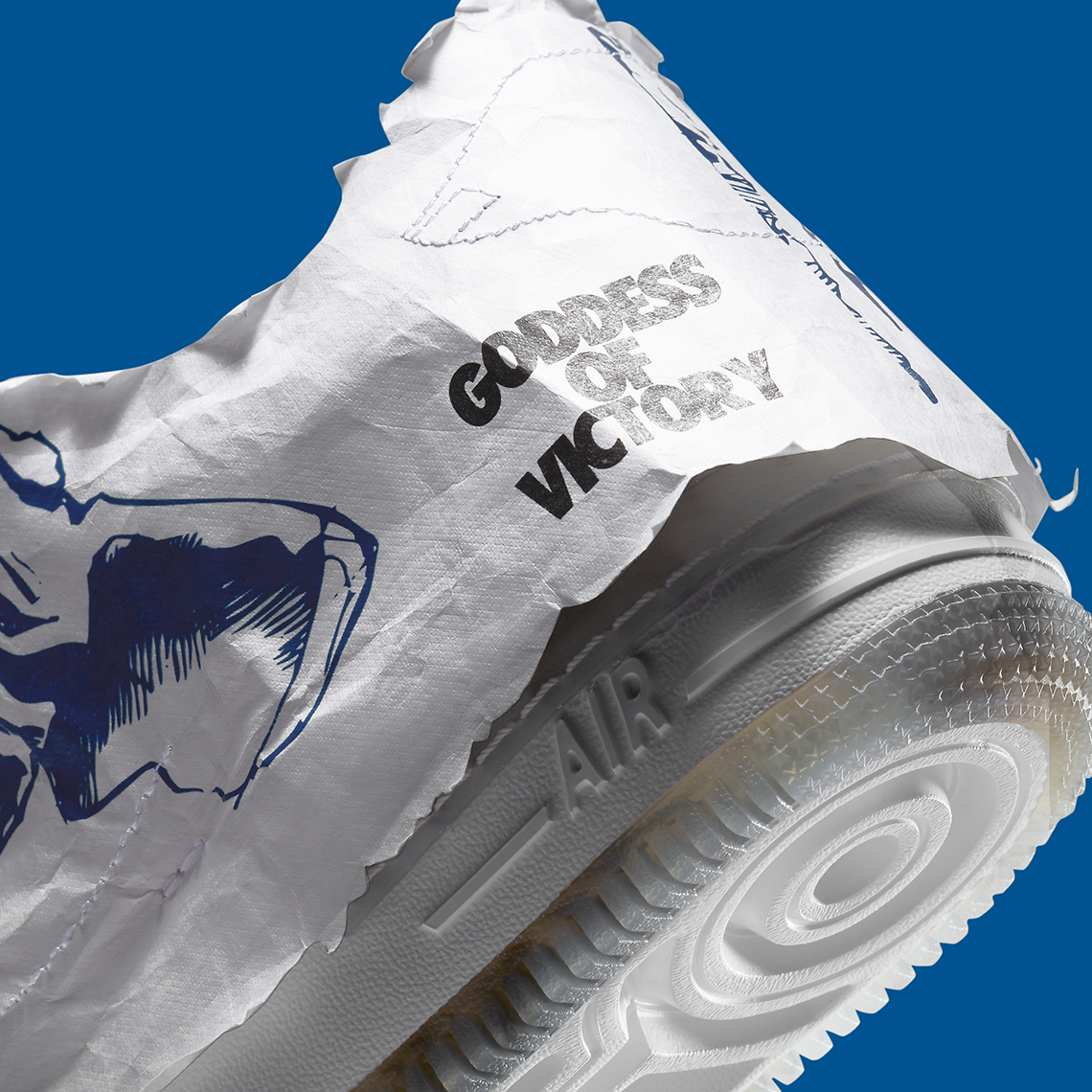 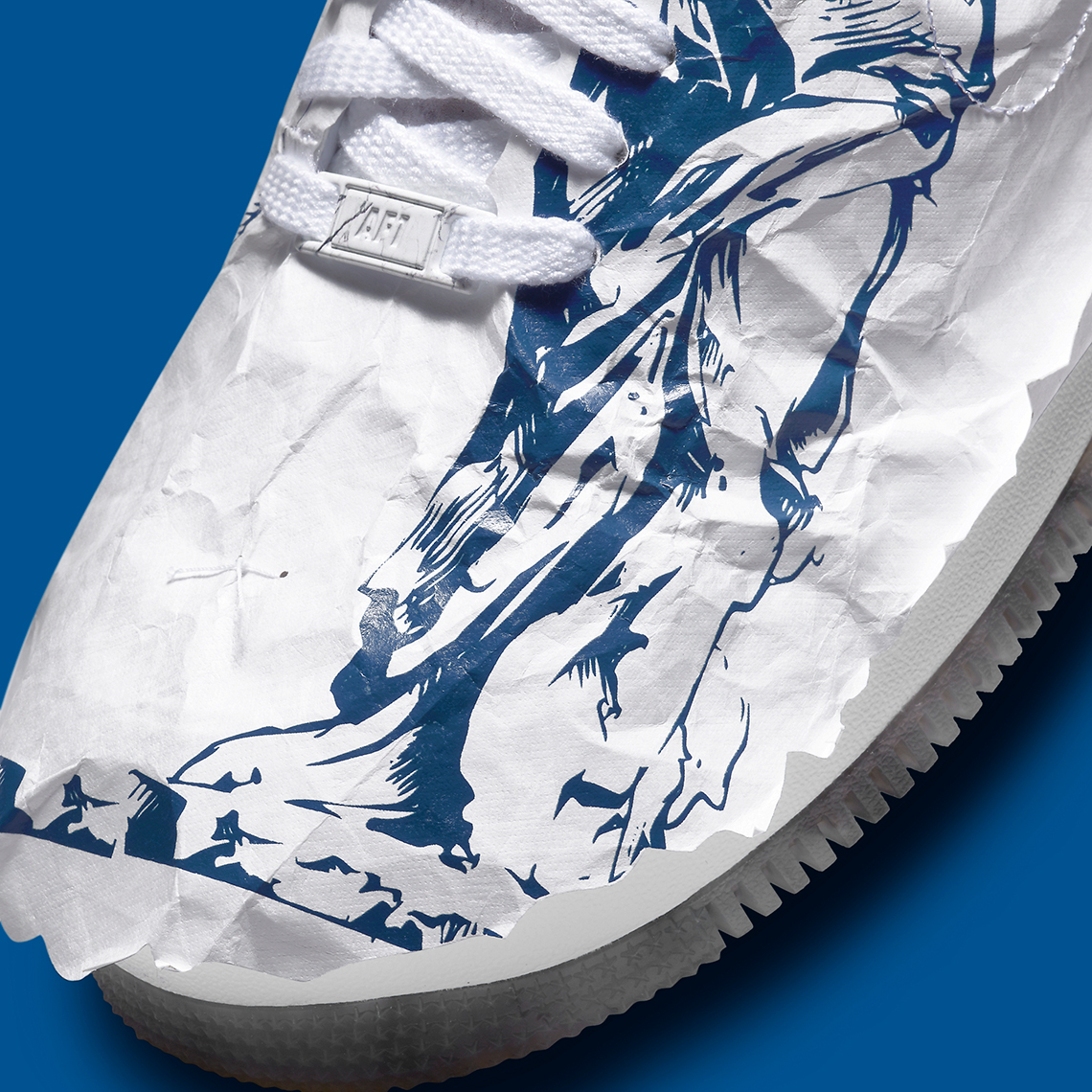