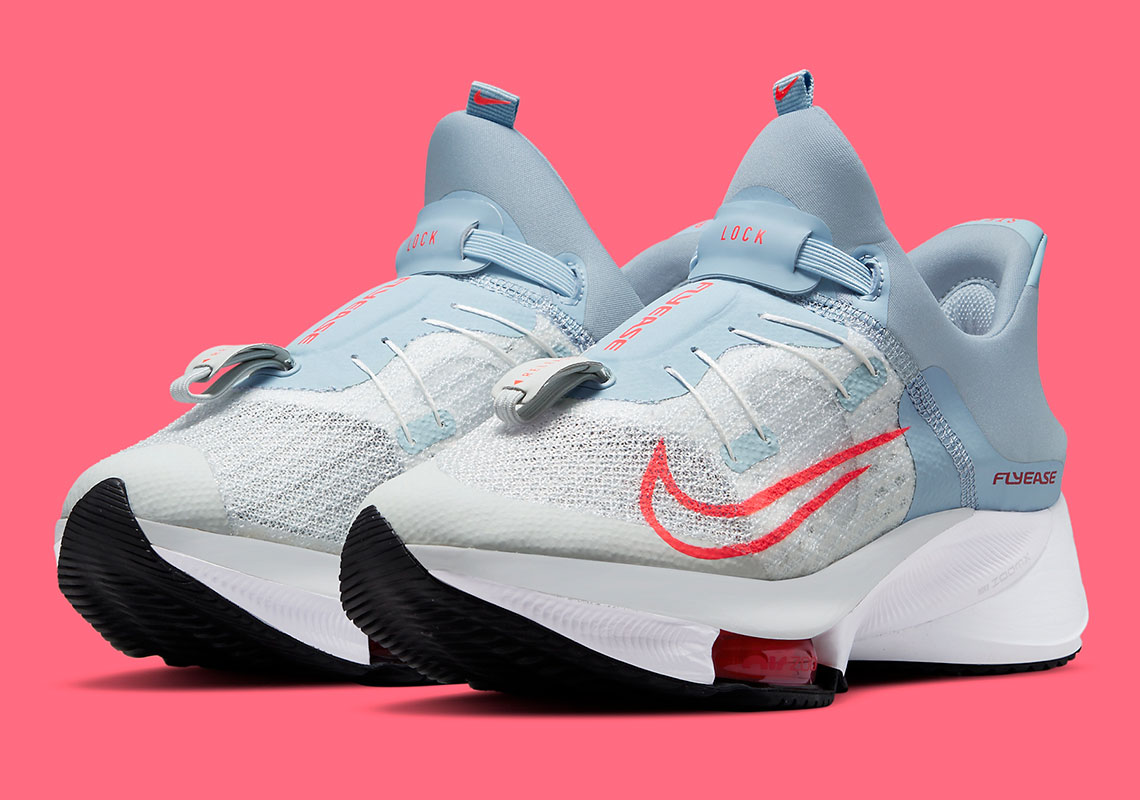 Although the Nike Go FlyEase won’t arrive until the end of April, the FlyEase franchise already has a handful of laceless constituents and continues to expand. For instance, images of two new Air Zoom Tempo NEXT% offerings had surfaced this month. Now, a third arrangement has been revealed, covered in Light Armory Blue.

Unlike the black and navy pairs that were unveiled earlier, this women’s exclusive is dressed in a much softer shade blue shade. Similar to its laced predecessor, the forefoot is constructed of translucent mesh, which boasts bold, Flash Crimson Swooshes printed on the sides. The hands-free proposition uses plush materials for the heel to enable a step-in feature for ease of wear, while the front uses lock and release tabs to create an internal lacing system. Finally, a ZoomX cushioning is applied underfoot, where a Flash Crimson Zoom Air puck is visible.

Take a look at the innovative style below while waiting for the pair to drop at the listed retailers with a price tag of $200.

In other women’s sneaker news, the Nike Air Force 1 Shadow is getting derenched in Coconut Milk. 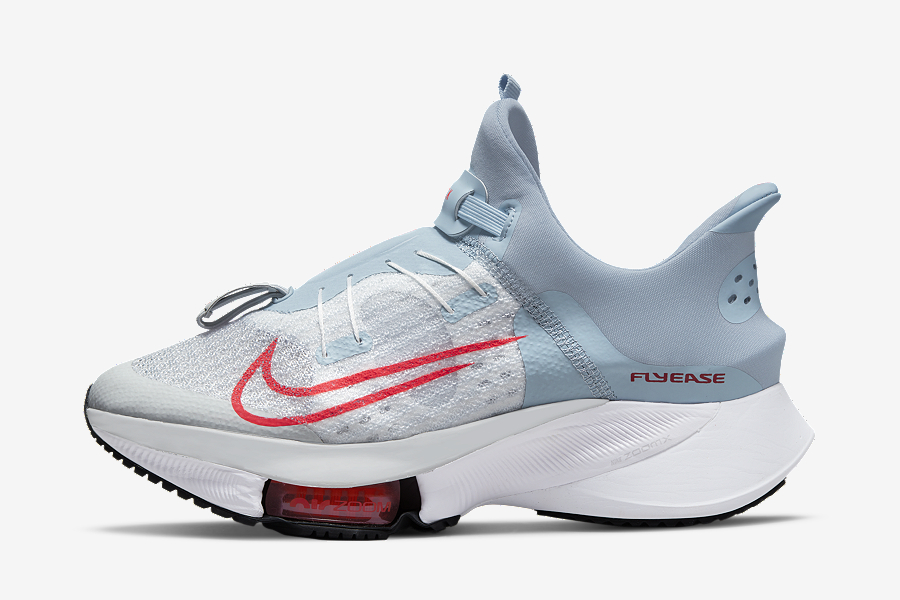 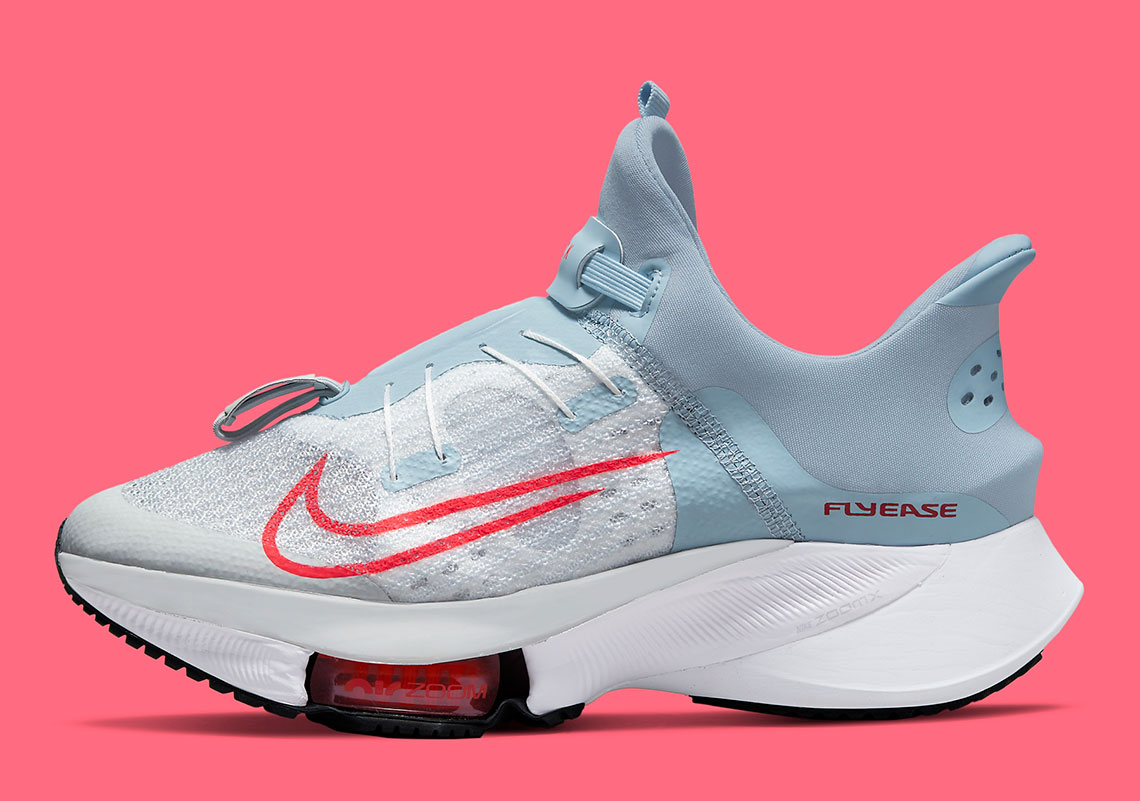 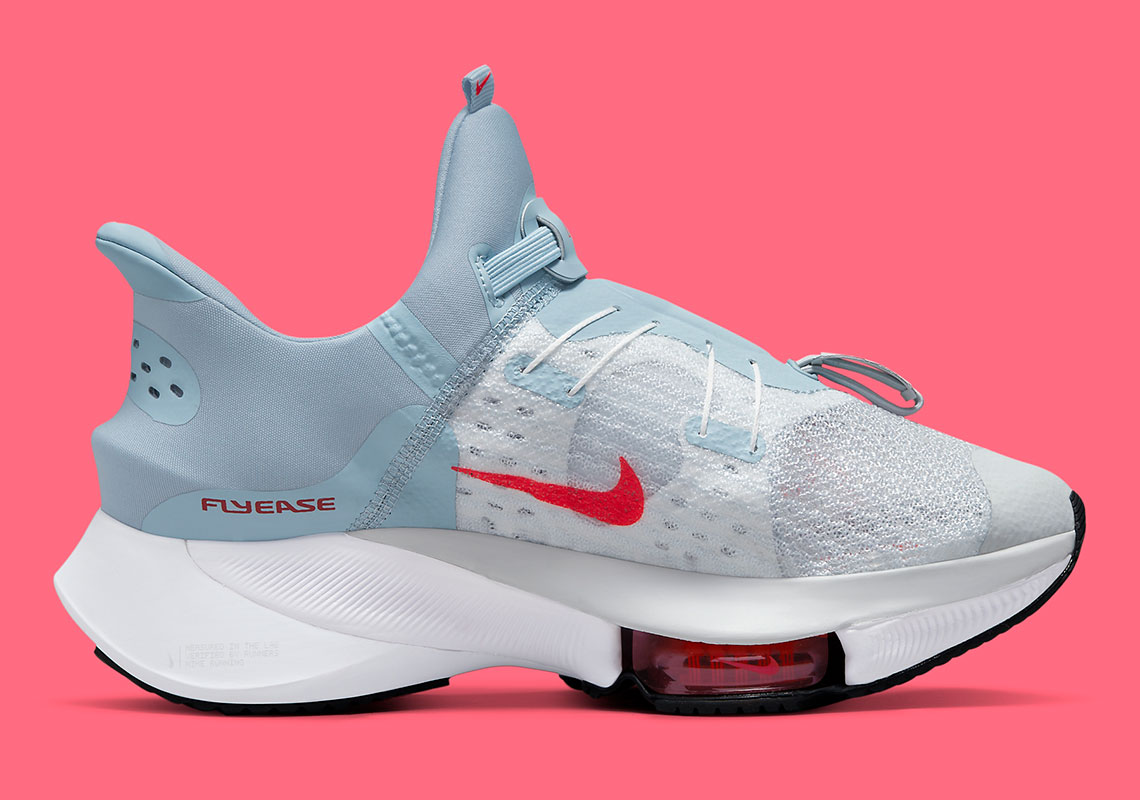 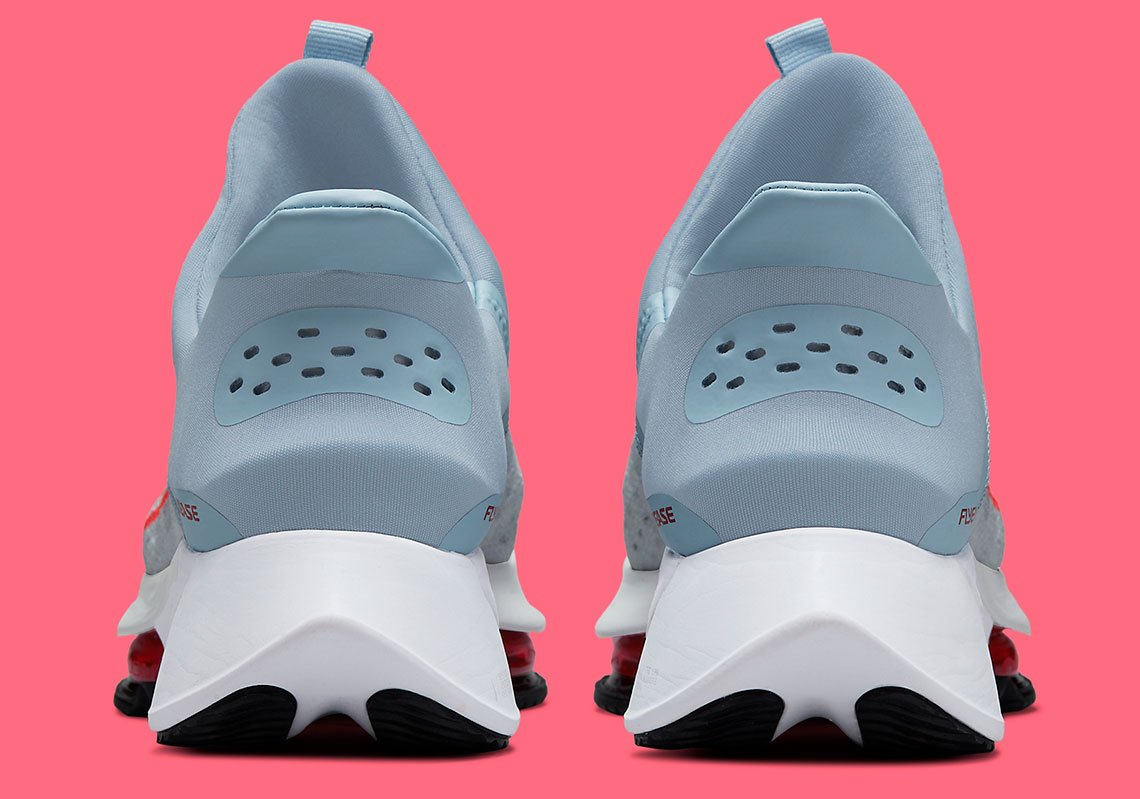 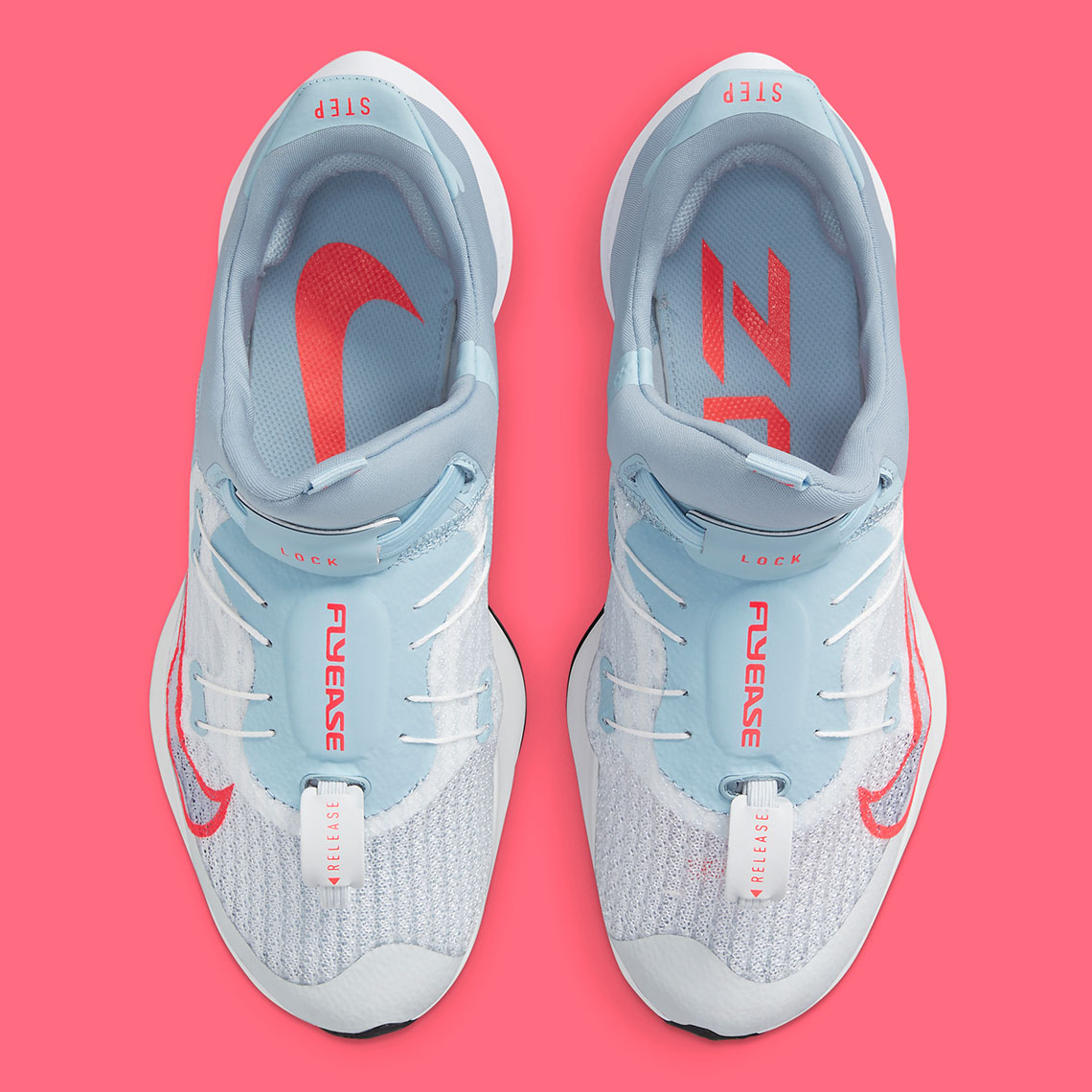 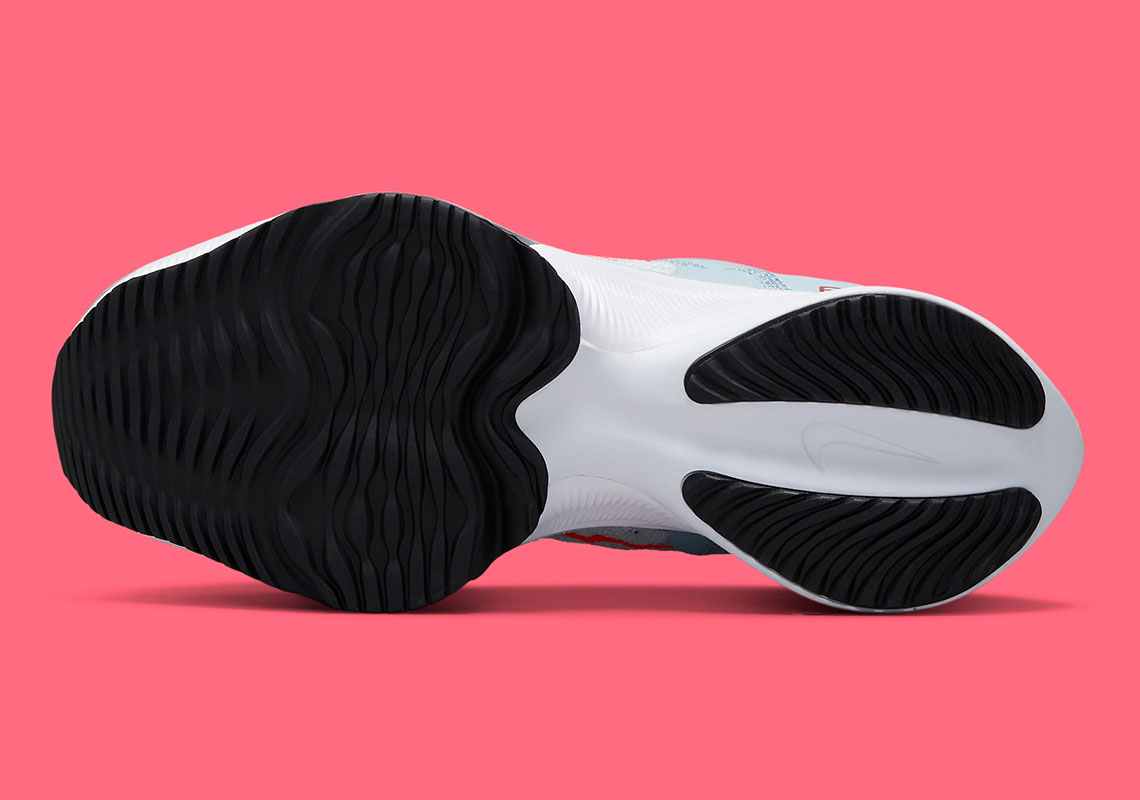 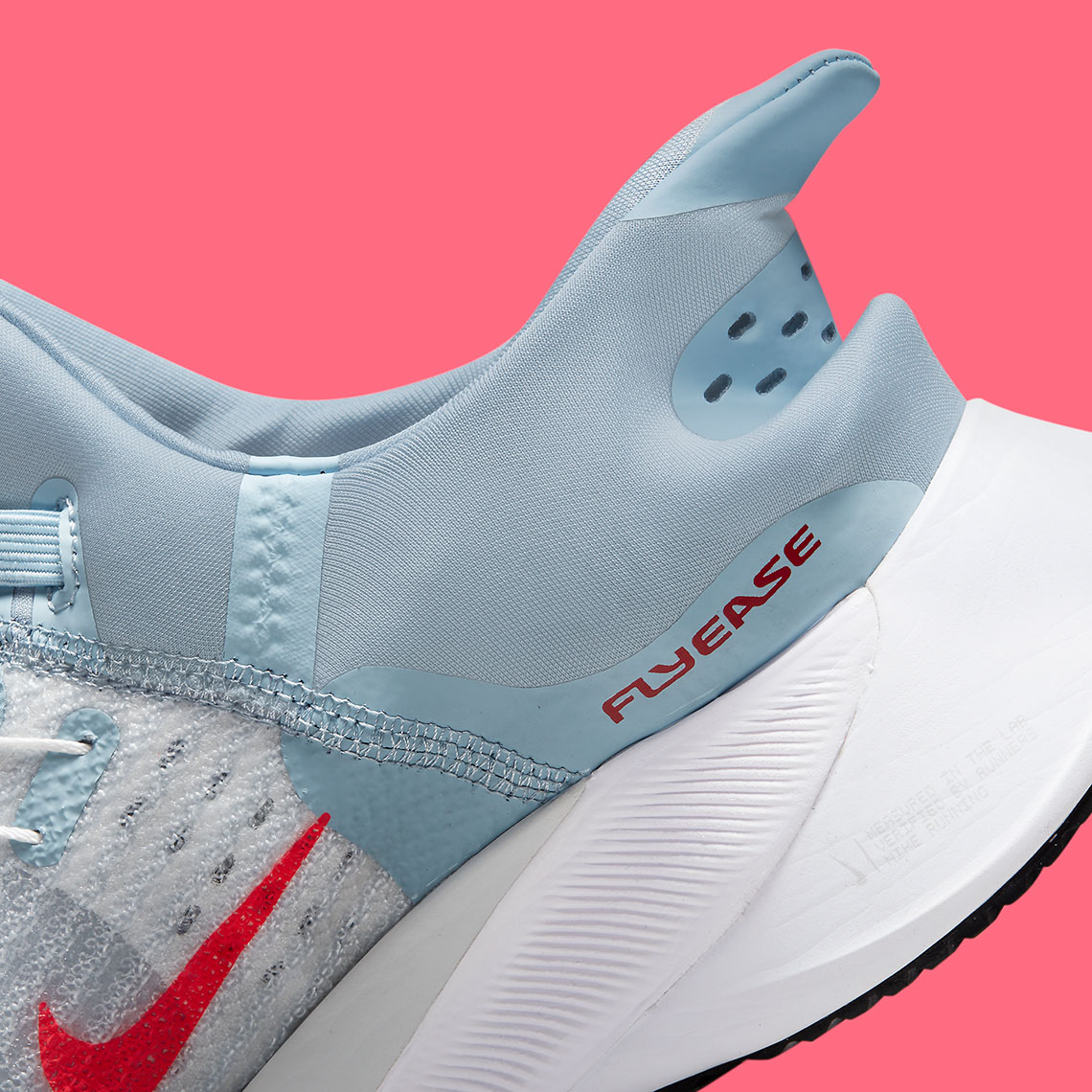 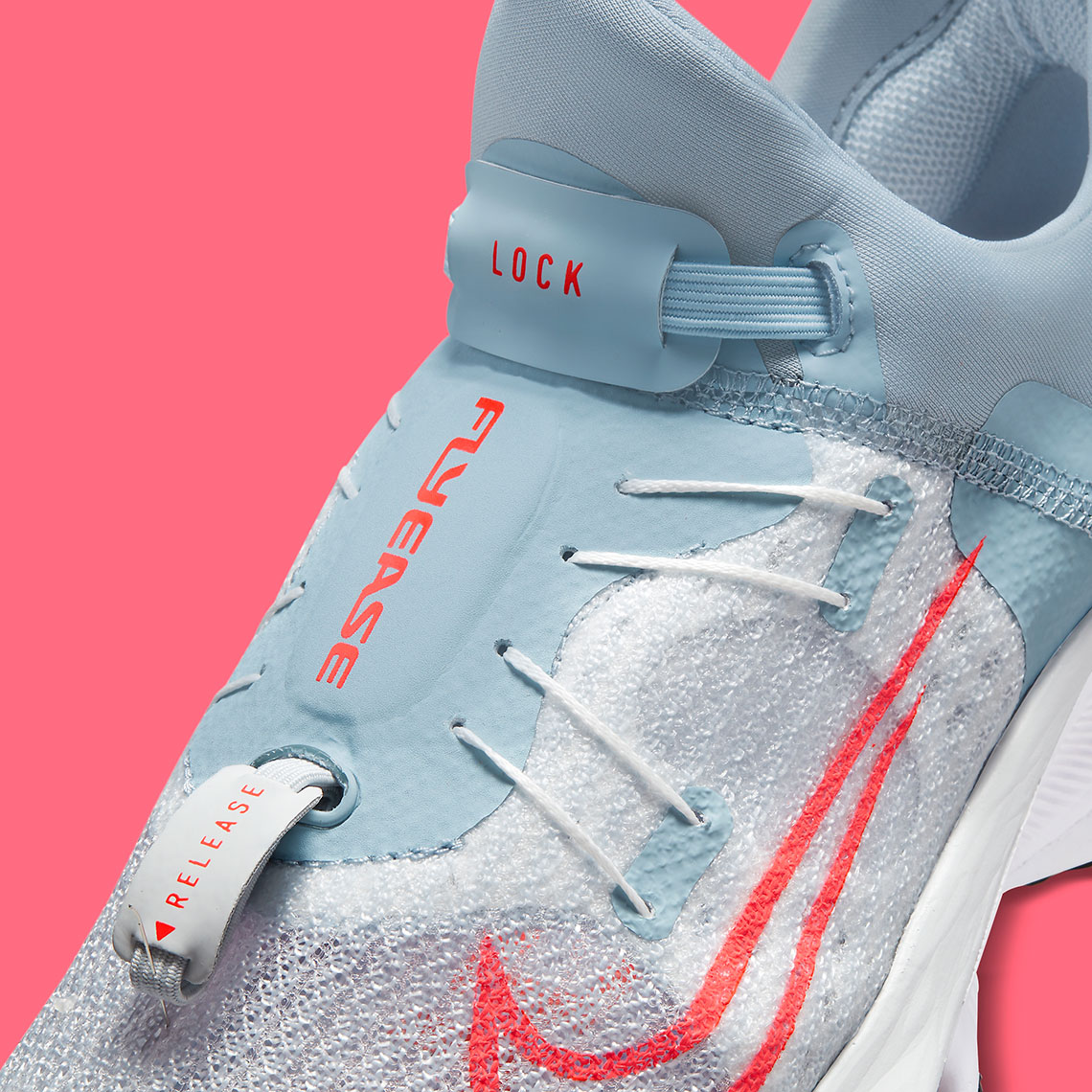 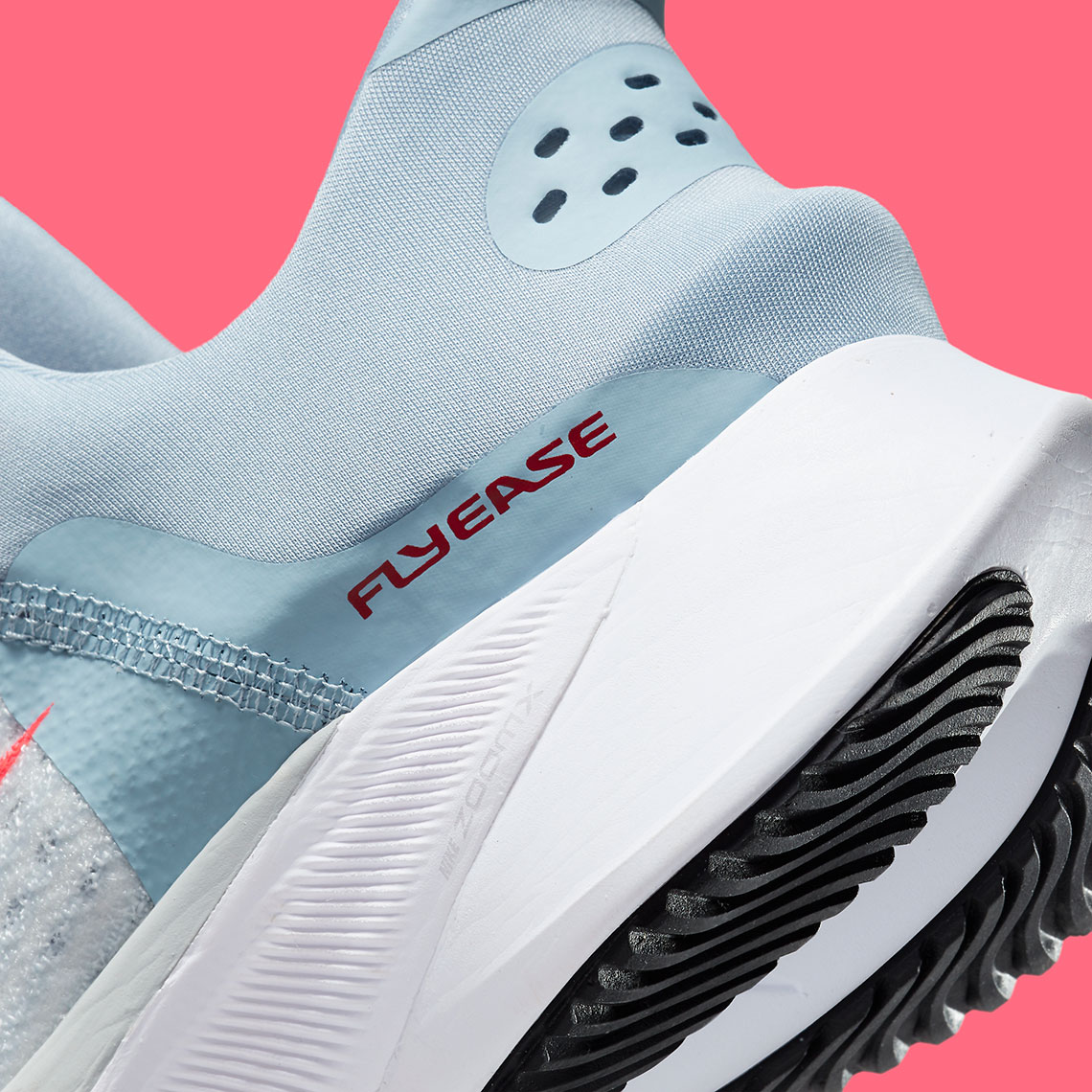