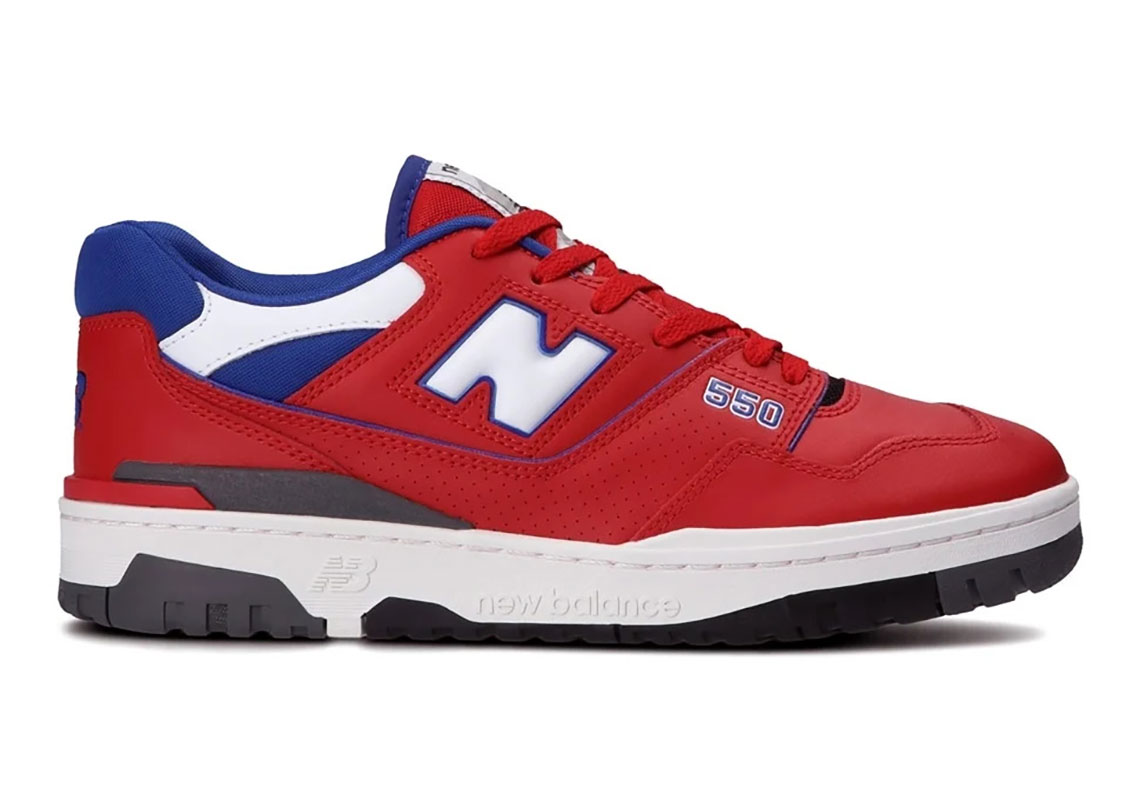 As Aime Leon Dore‘s collection of New Balance 550s makes its return tomorrow, The Intelligent Choice continues to leverage the popularity of the 1989 model with new colorways added to its mainstay line. A red and blue-centric pair arrives to follow up two other recently released styles that deviate from the white or cream-based uppers that are often associated with the 550.

The two-tone style is inspired by the American sports culture of the ’80s and ’90s. It indulges in red leather uppers that reveal a hint of blue on the edges of the panels, including the cutout for the “N” logo on the side. More blue is applied to the plush ankle, inside, piping detail on the tongue, and the “550” logo at the forefoot. Striking stark contrast, white colors the tongue label, side “N,” and midsole. The design is complete with a black, tractioned rubber outsole that partially extends onto the midsole to match the dark rubber overlay that sits above.

New Balance fans overseas can grab a pair now at the New Balance JP site. A U.S. release has yet to be announced, so enjoy the official images below in the meantime.

To see more of this retro on-court silhouette, check out the new green and yellow-based New Balance 550. 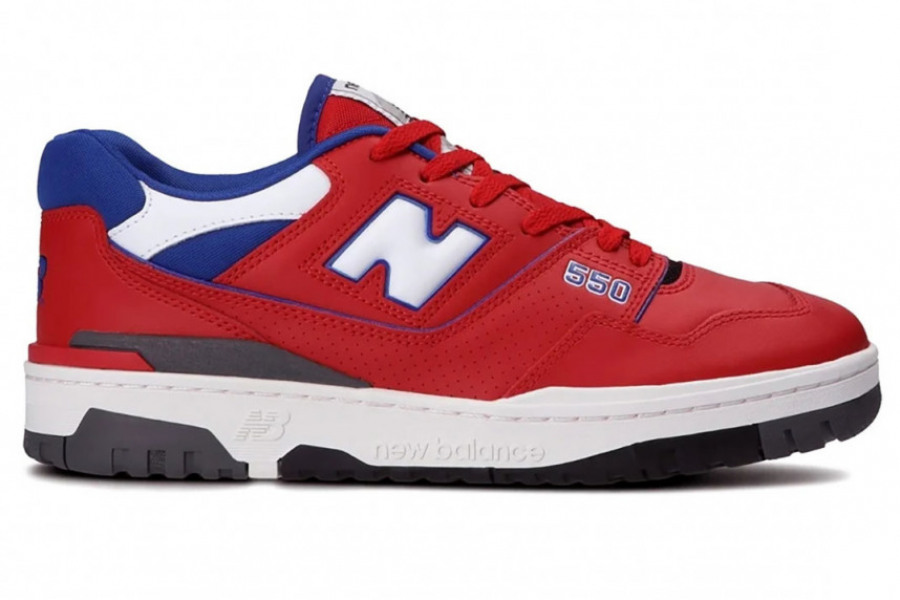 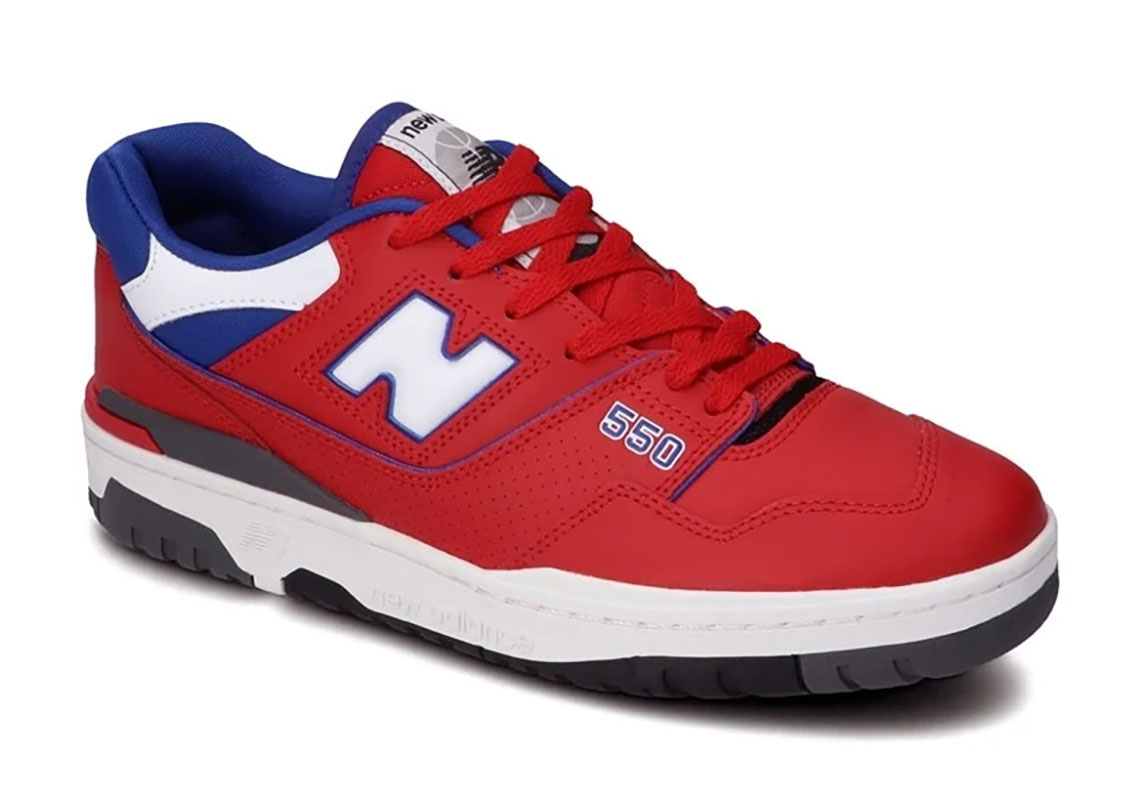 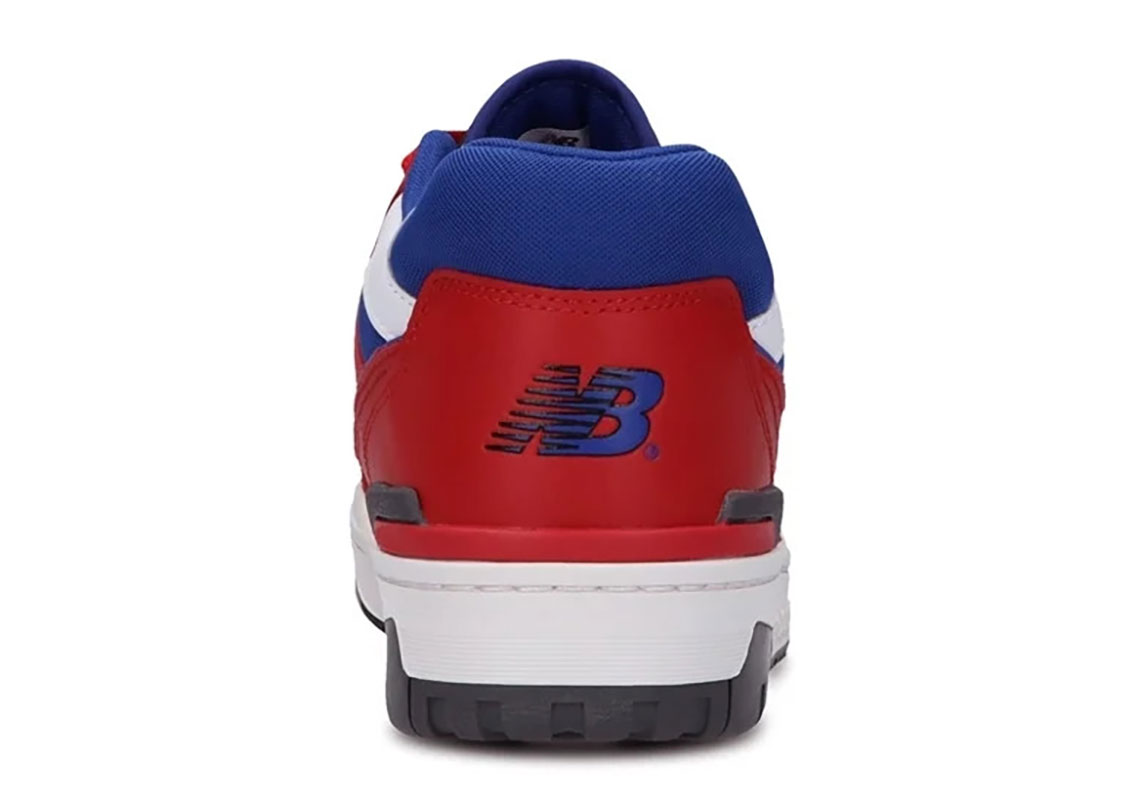 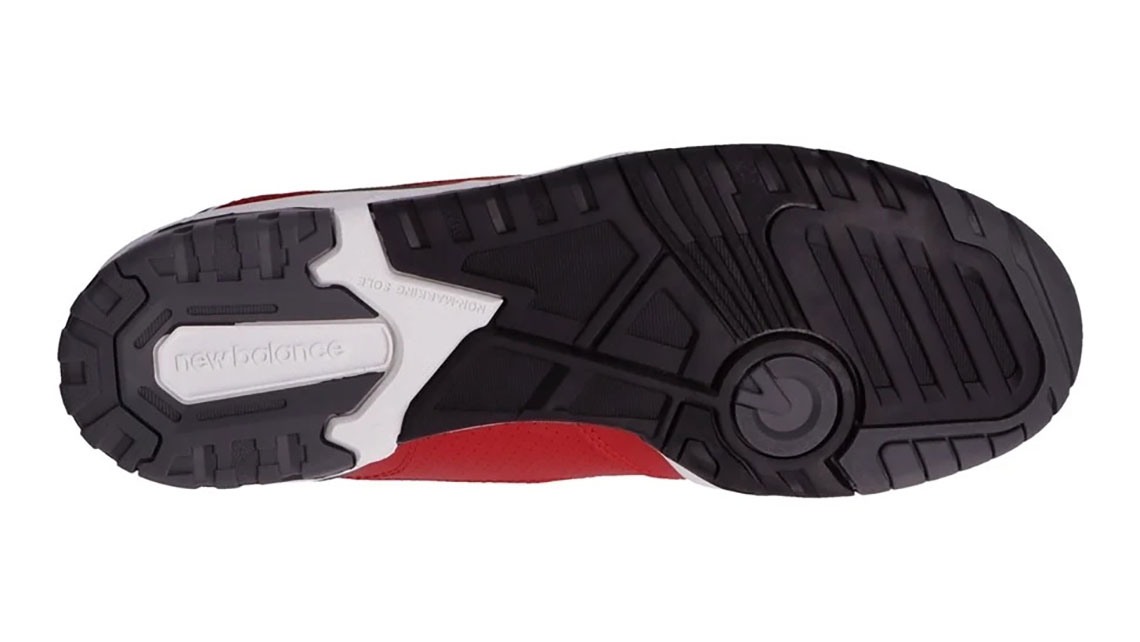 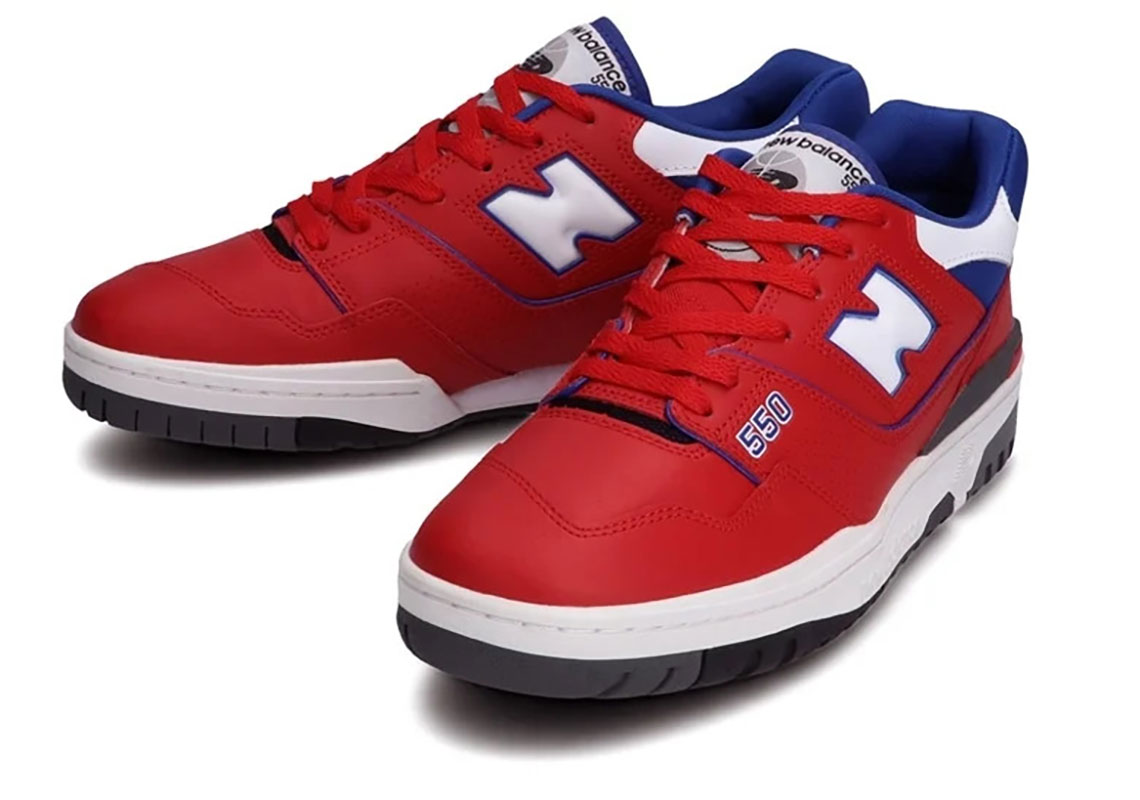 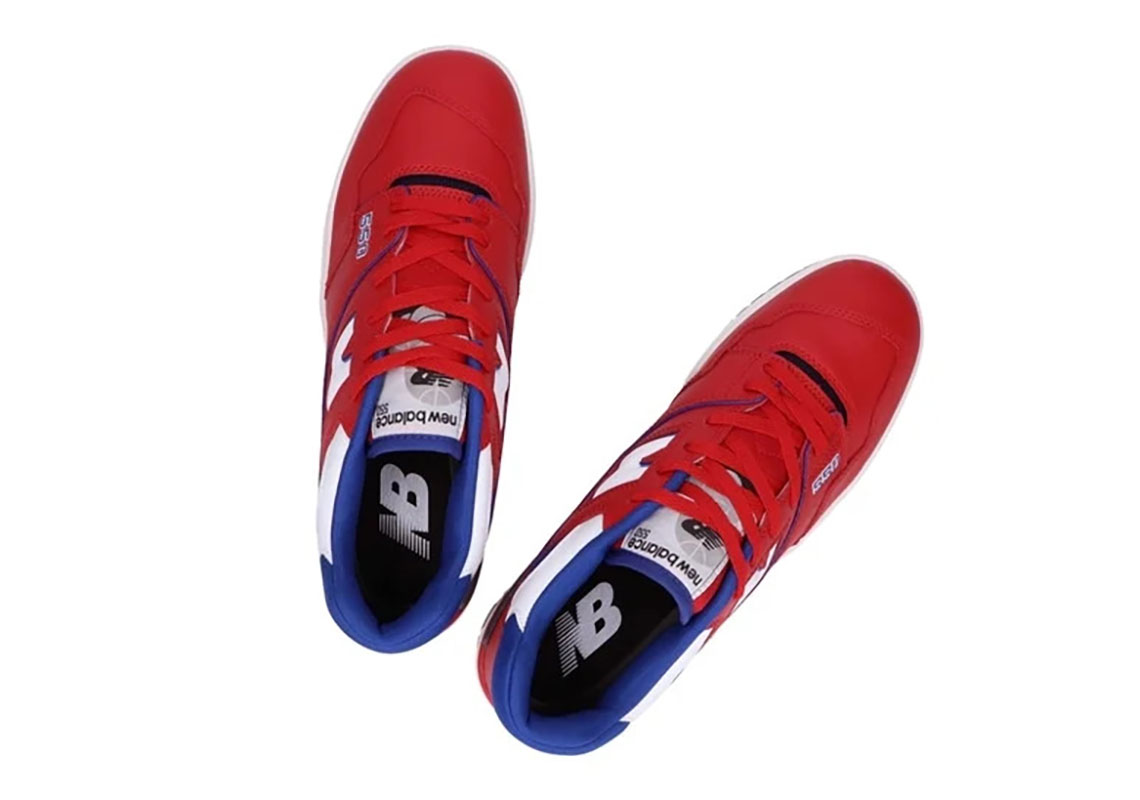