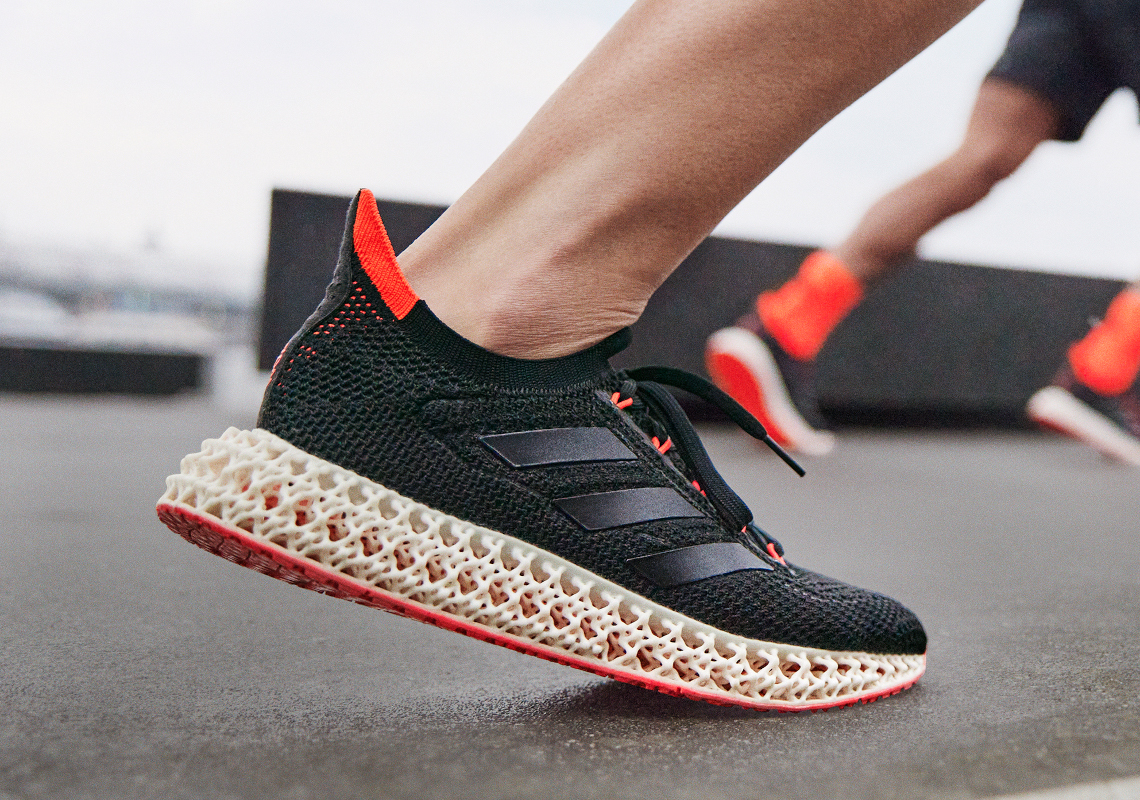 adidas 4D technology was first introduced to the public in 2017, but it’s been in development for years before then. Recently, adidas Running has unveiled the new chapter of both its storied legacy and 3D-printed midsole innovation with the adidas 4DFWD.

Touted as “the future of running” by Alberto Uncini Manganelli, SVP and General Manager of adidas Running, the new silhouette combines 17 years of athlete data with advances in technology, design and sustainability. As its name suggests, the 4DFWD has been designed to move runners forward, a task approached differently on the UltraBOOST and adizero adios Pro. Insight gathered from the original FUTURECRAFT (2017) and its AlphaEdge (2018) and 4D Run (2020) successors helped inform the 4DFWD, in particular its lattice cushioning.

Over the past 18 months, adidas‘ design team mulled over one question: How to make every run feel like progress? In its attempt to answer this inquiry, the group created five versions of adidas 4D-cushioning, ultimately landing on a new, bowtie-reminiscent cell. Unlike previous iterations, the 4DFWD’s lattice system (unlocked by Carbon) features 23% more cushioning while delivering three-times as much forward motion; testing with athletes the likes of Wayde Van Niekerk, current world and Olympic record holder in the 400 meter race, discovered the peak breaking point (moment when running stress becomes overbearing) was reduced by an average of 15%. The FWD CELL’s shape shears forward, redirecting vertical impact into forward motion. On the sustainability front, the lattice structures comprise 39% bio-based material. Final specifications include: a PRIMEKNIT+ upper; redesigned rubber outsole; stack height of 11.3mm; and a weight of 11.75 oz. for a US size 9 (333gr. for a UK size 8.5).

The 4DFWD debuts in a “Core Black/Solar Red” colorway on May 15th via the adidas CONFIRMED app (sign-ups are open starting today, May 5th). A Tokyo Collection releases on July 1st, before hitting global retailers on August 12th. While you wait, enjoy official imagery of the launch pair ahead.

Elsewhere under the Three Stripes umbrella, a handful of new Yeezys have been confirmed for May and June arrivals. 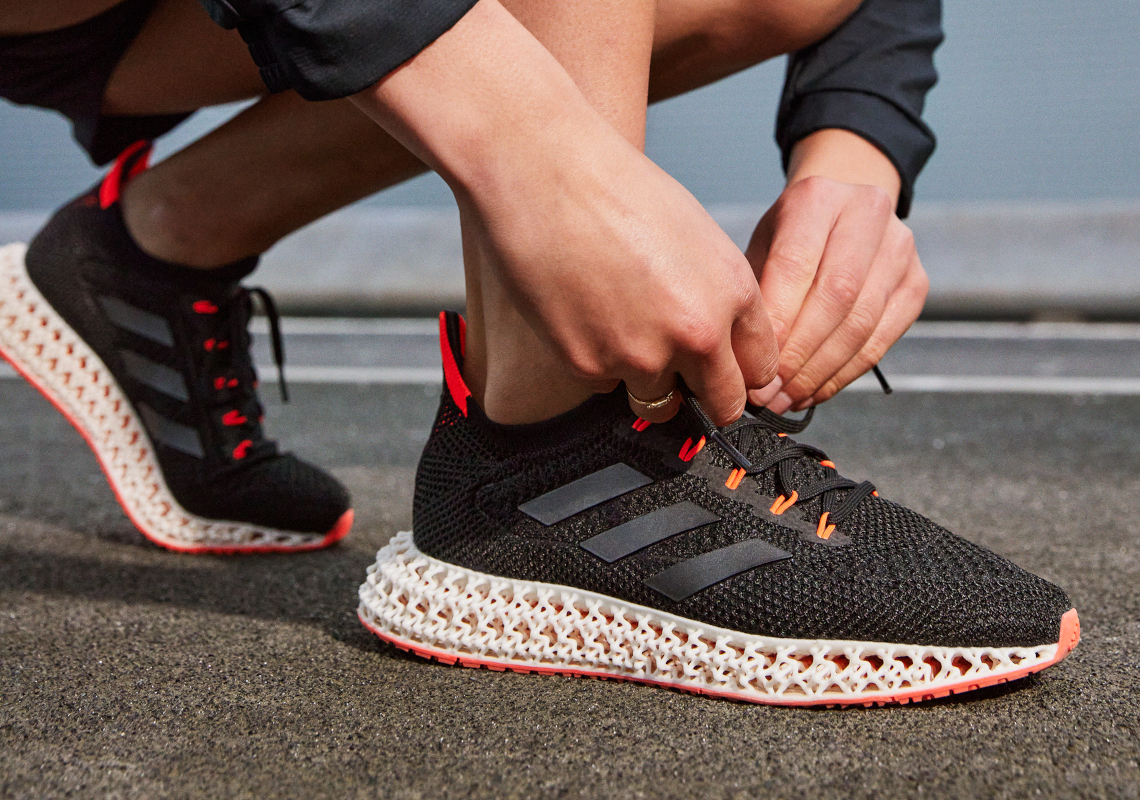 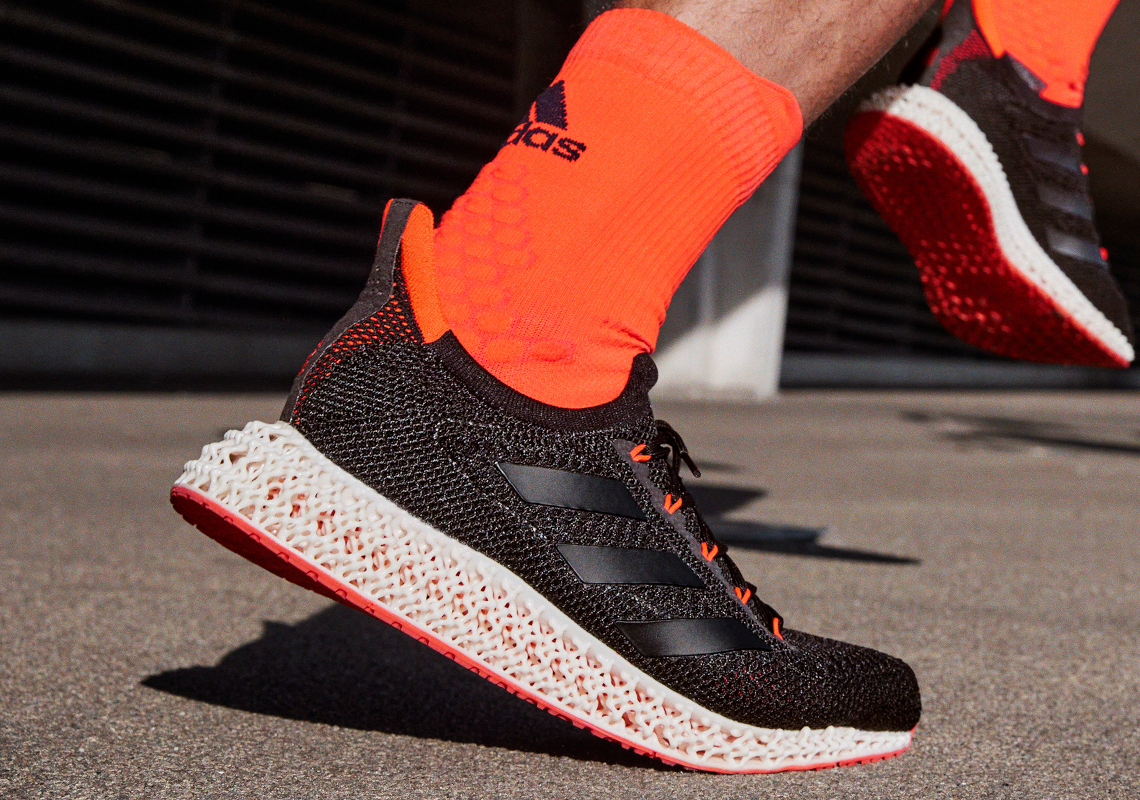 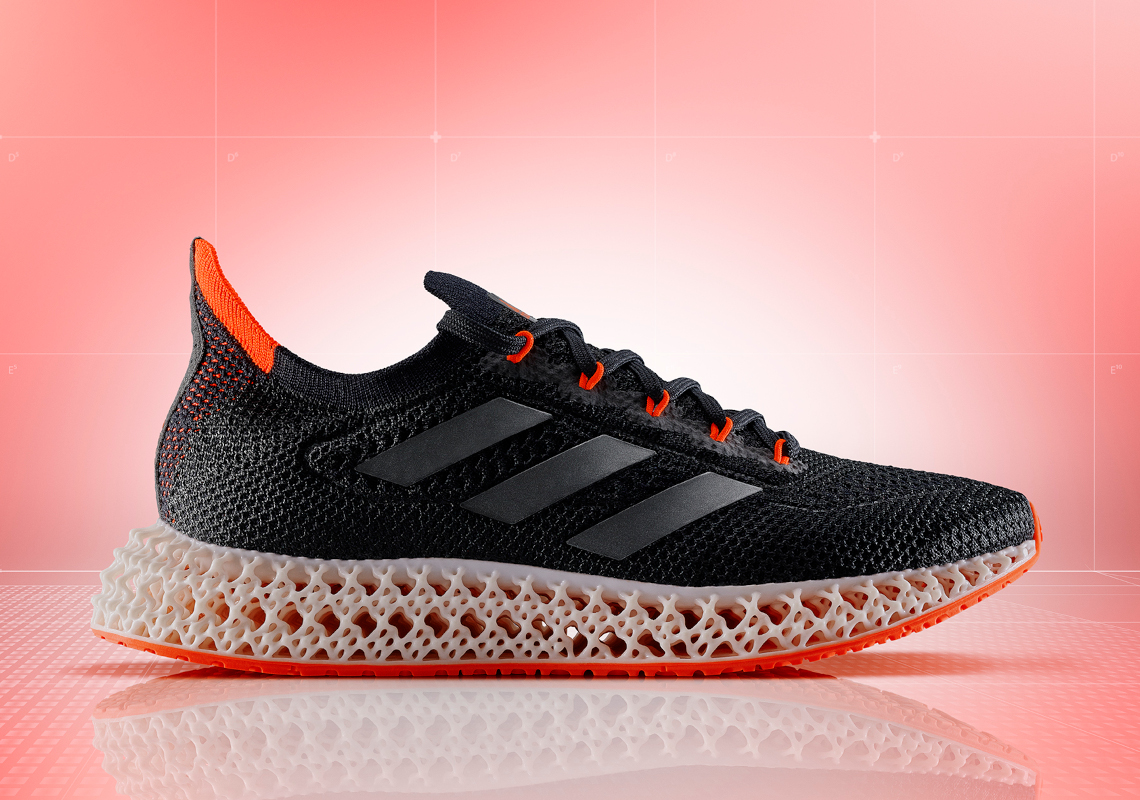 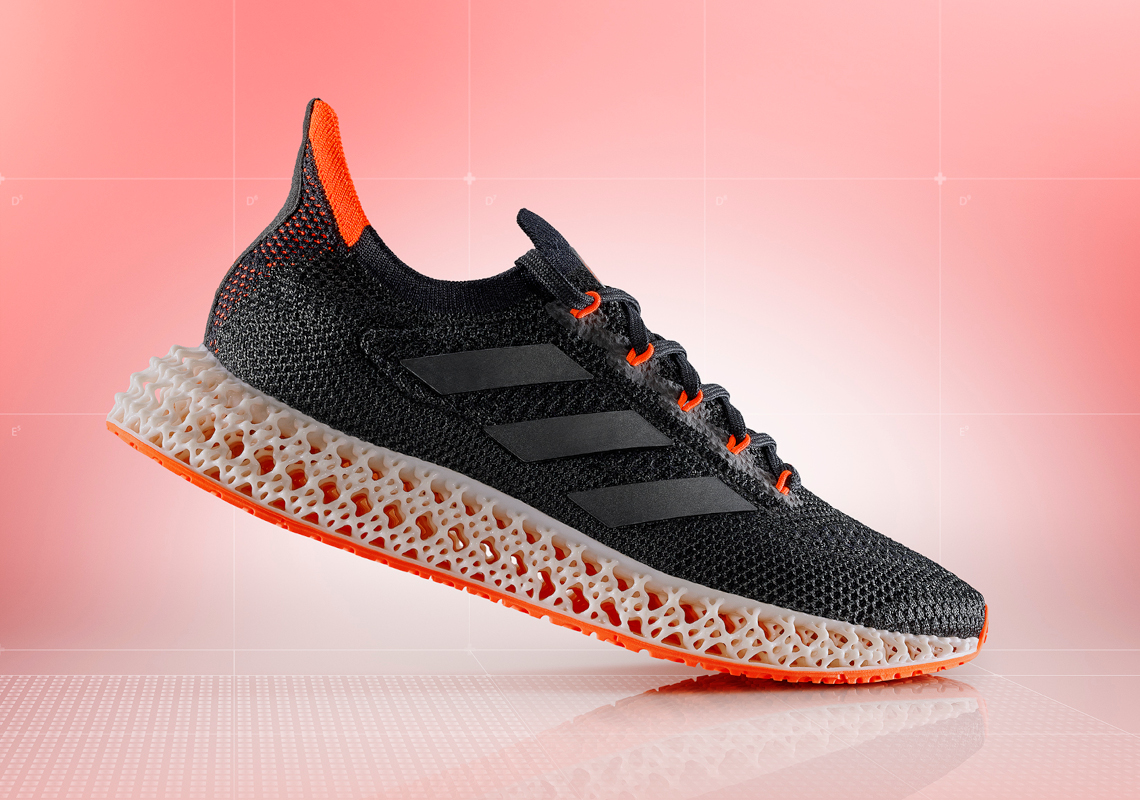 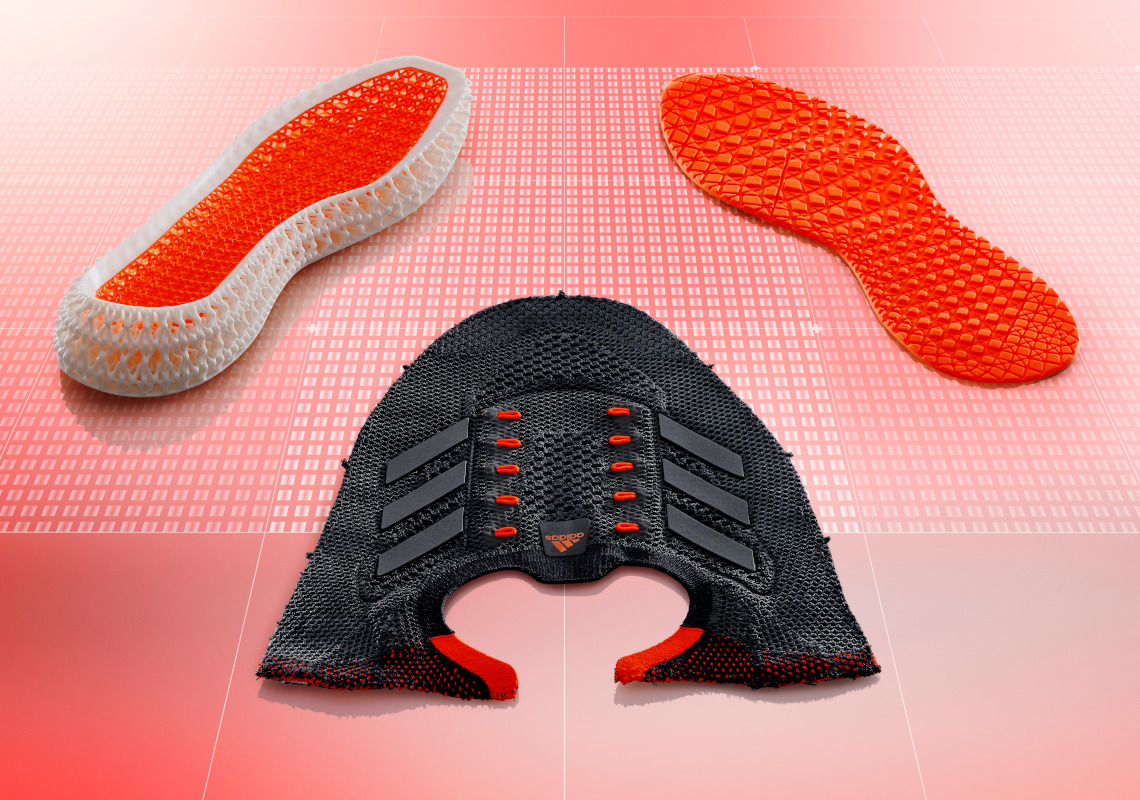 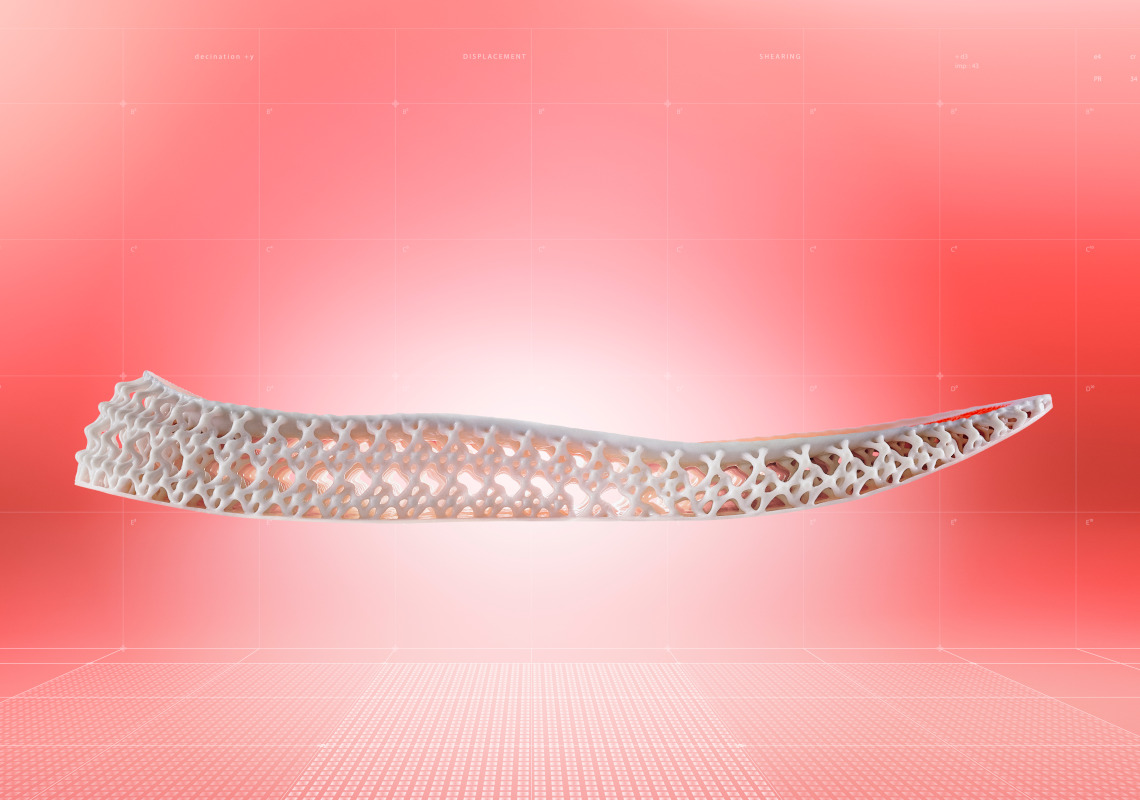 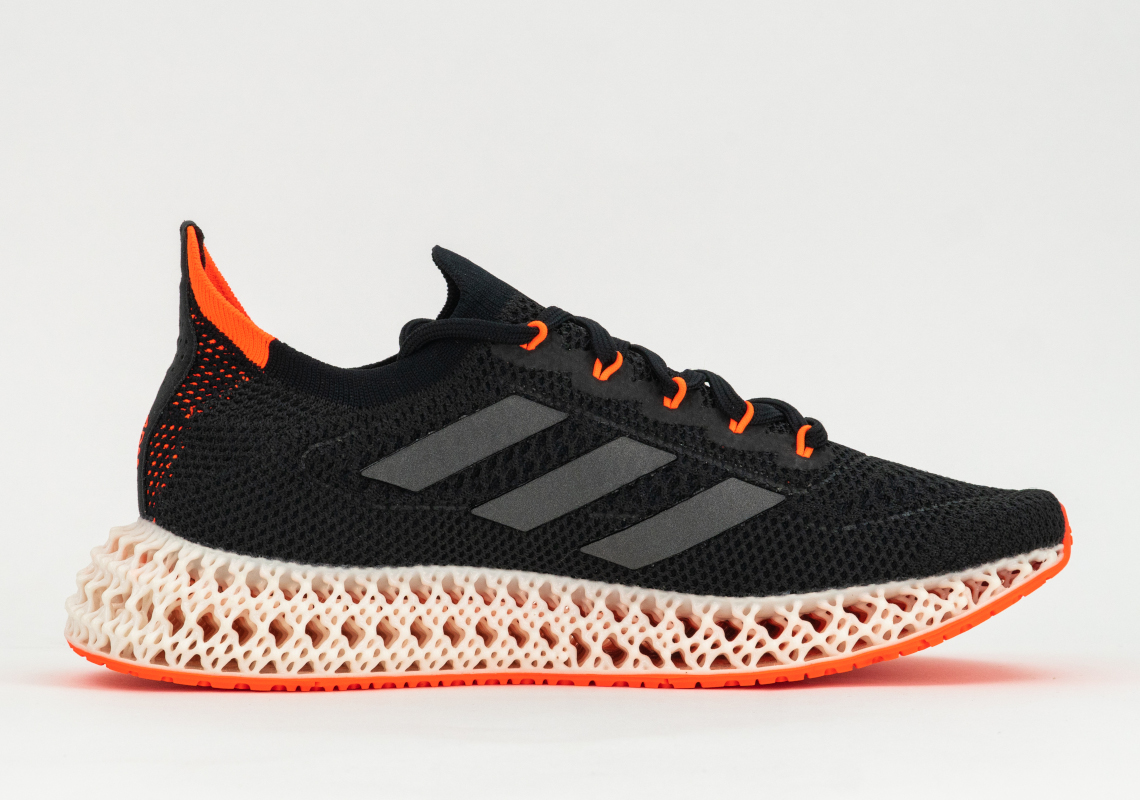 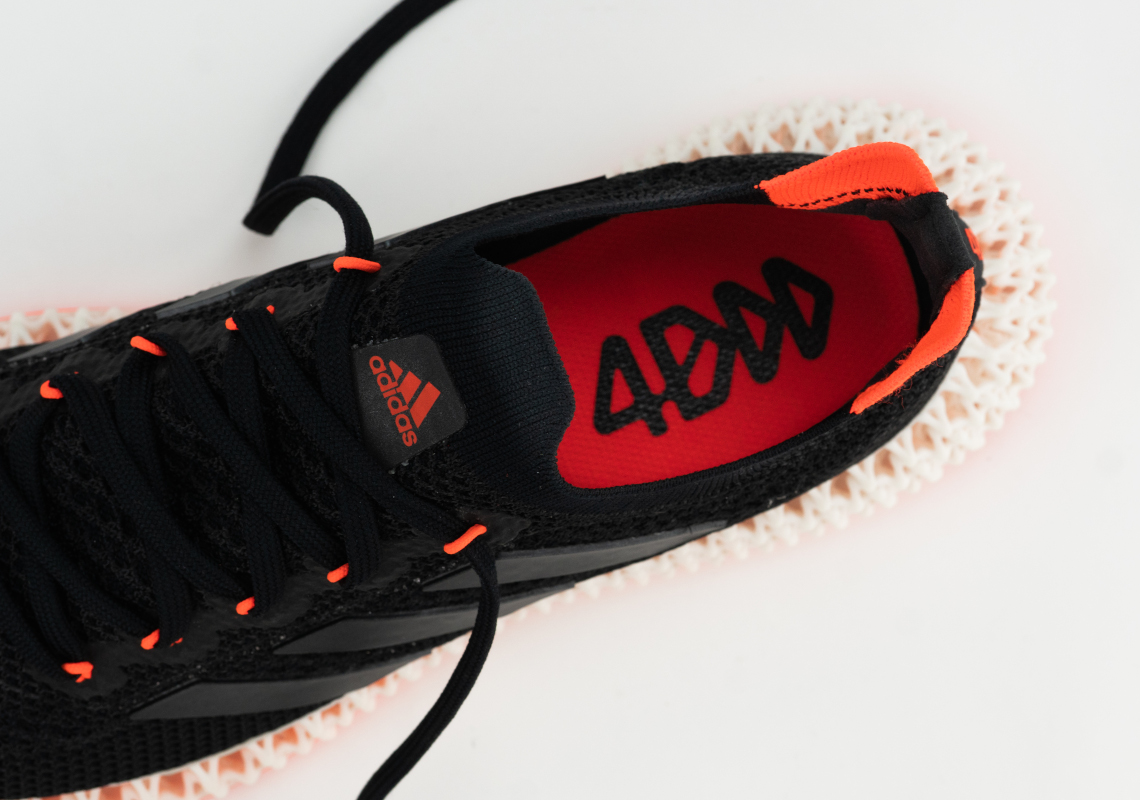 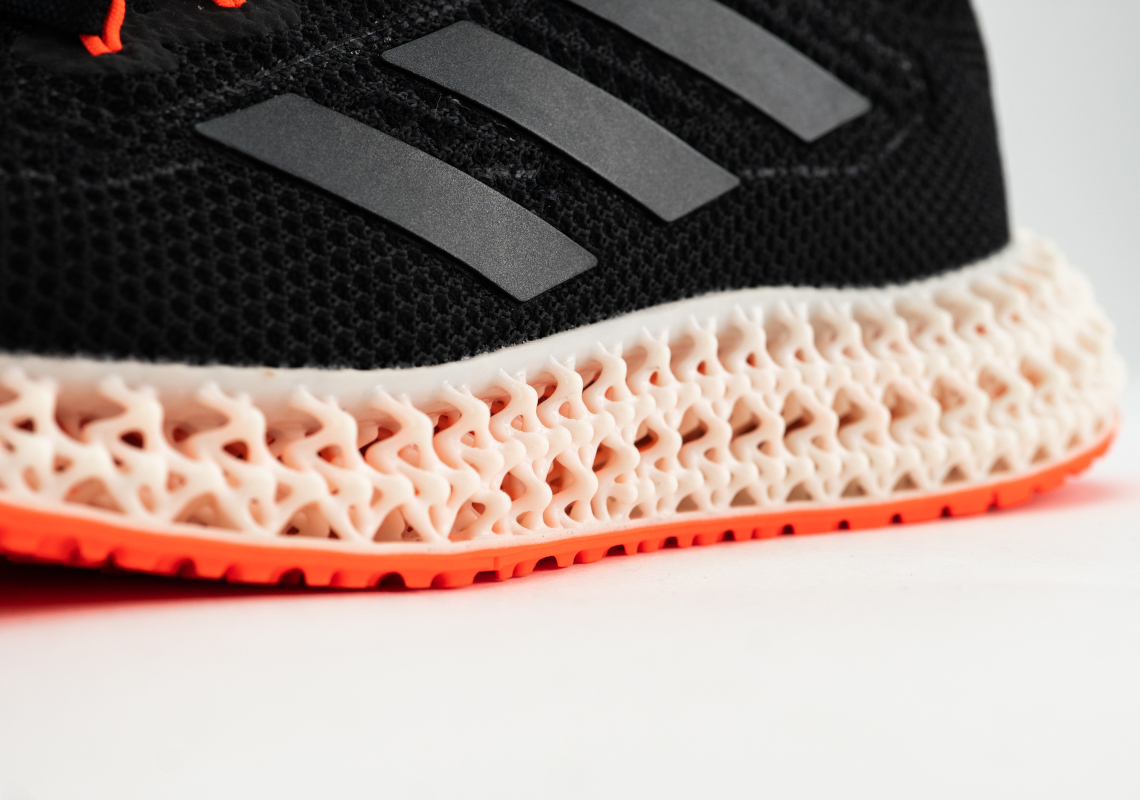 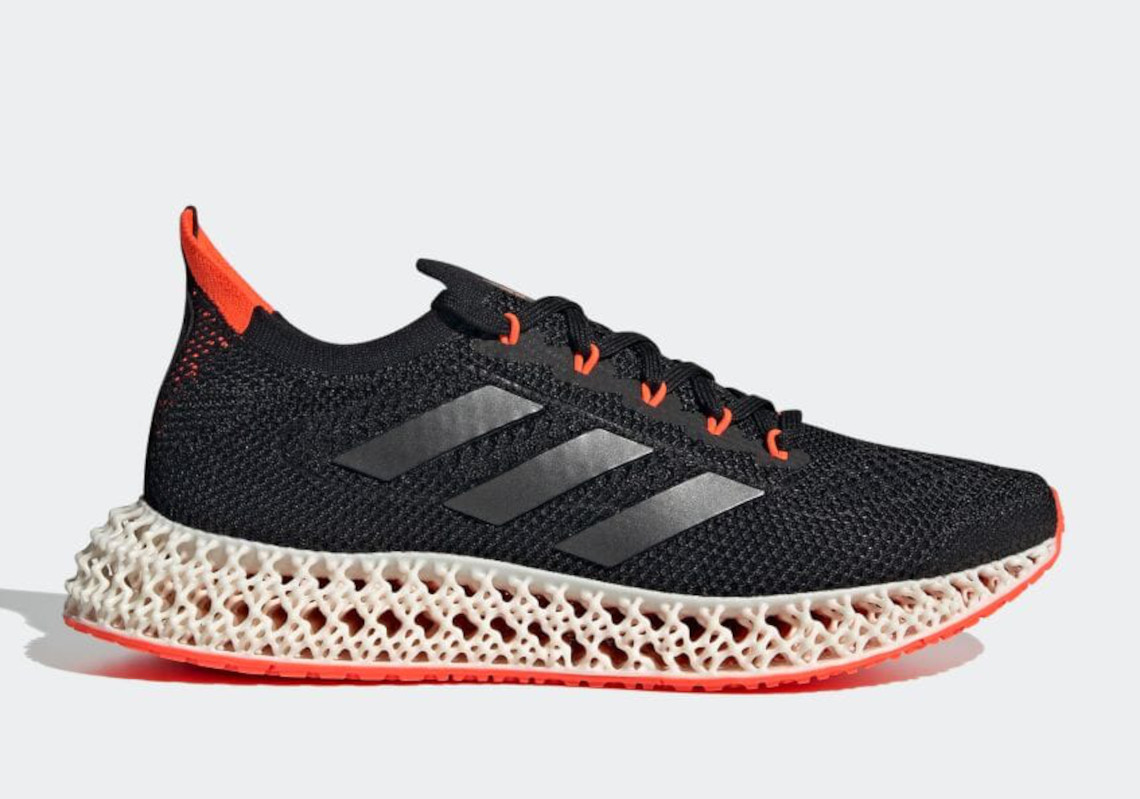 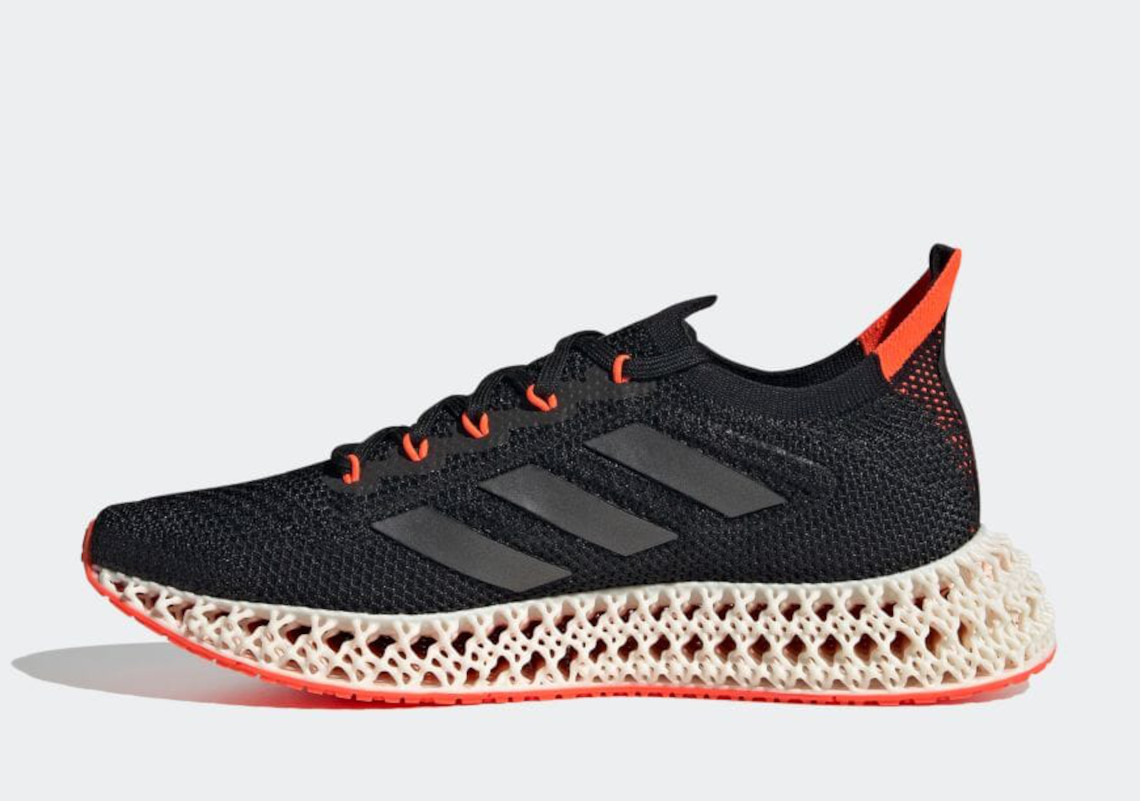 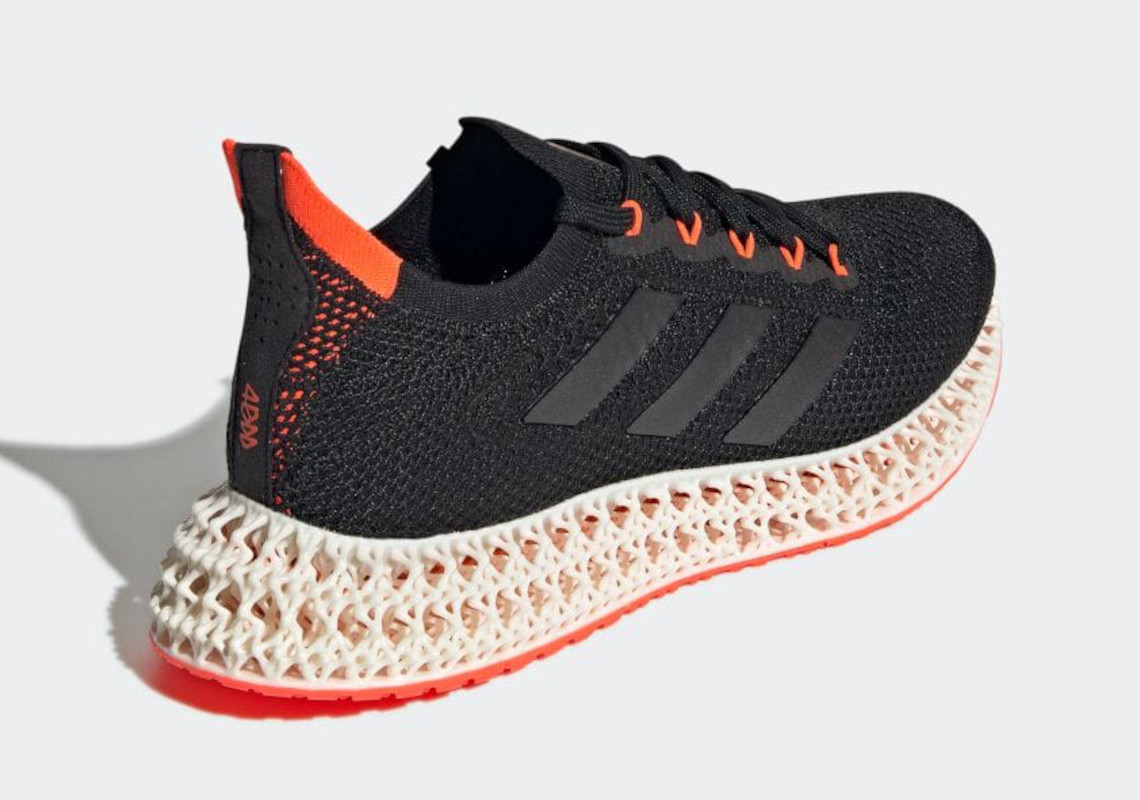 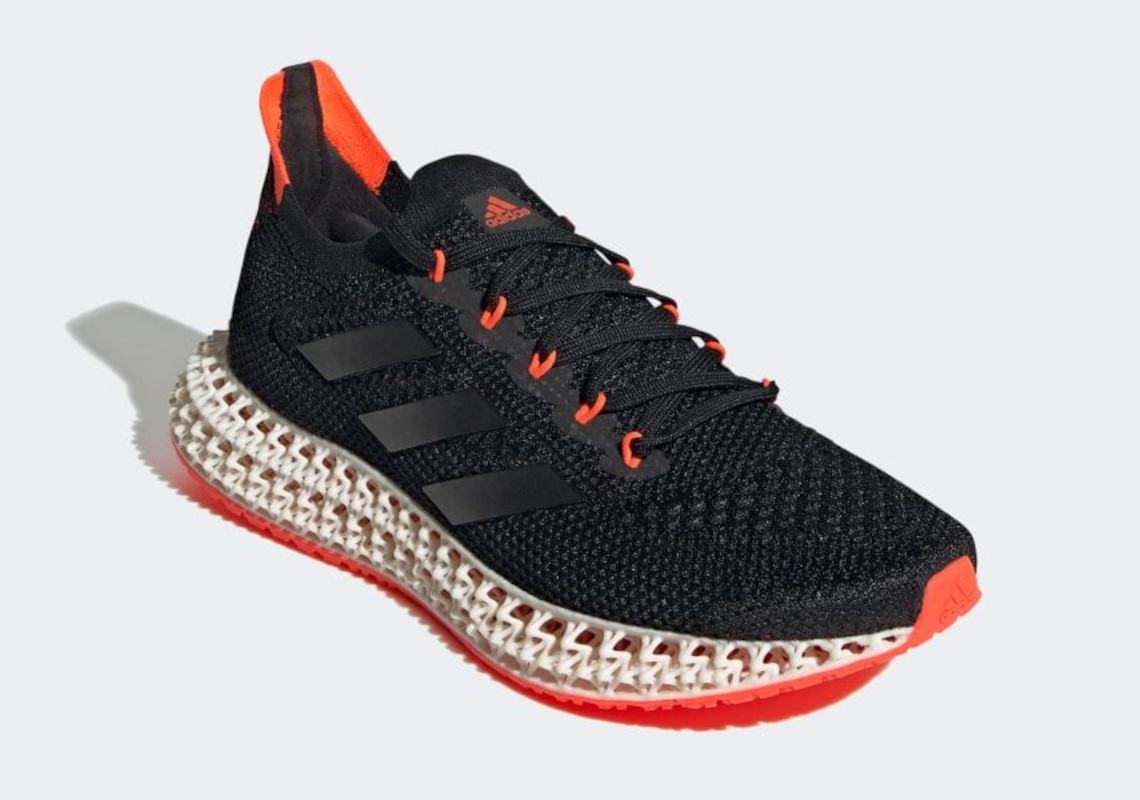 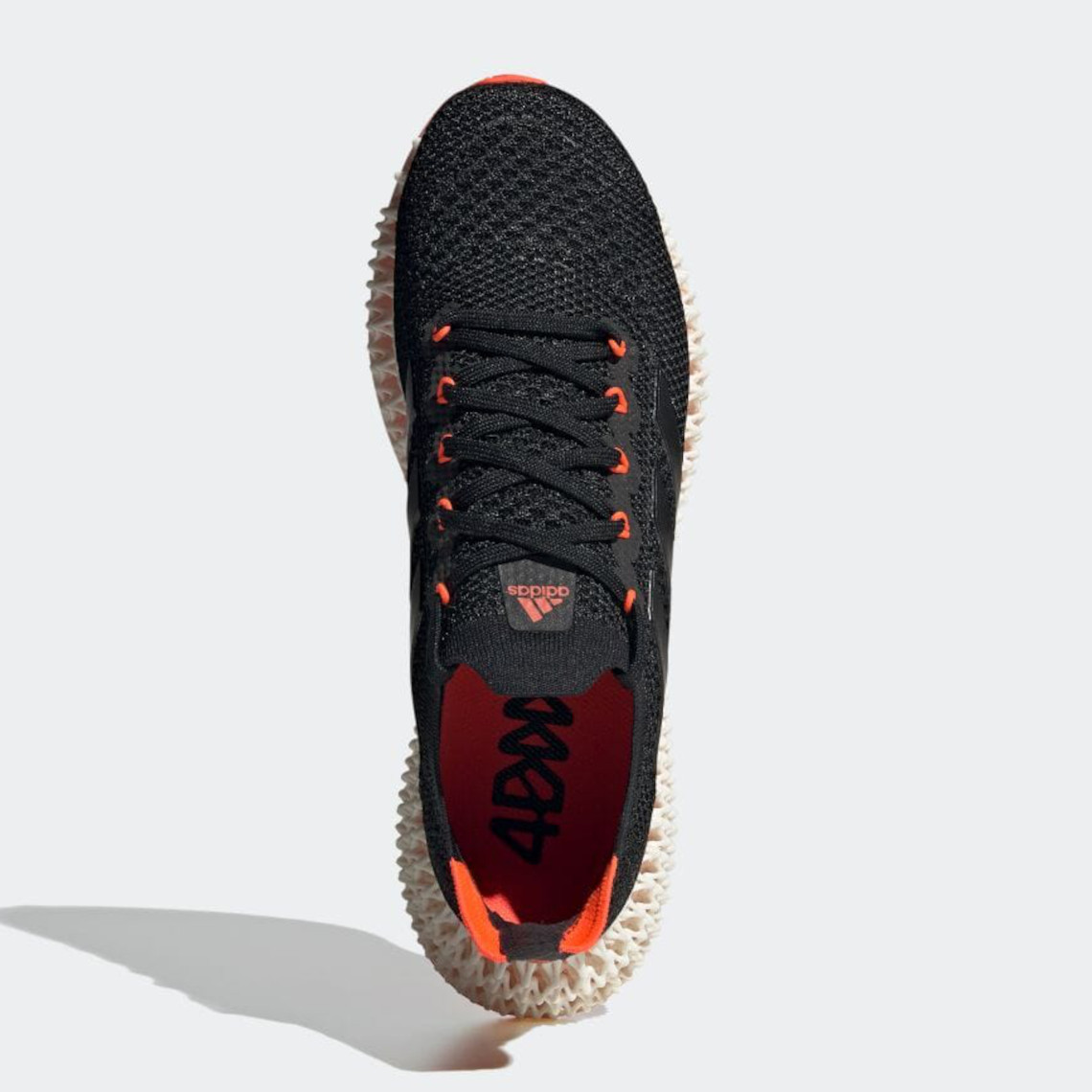 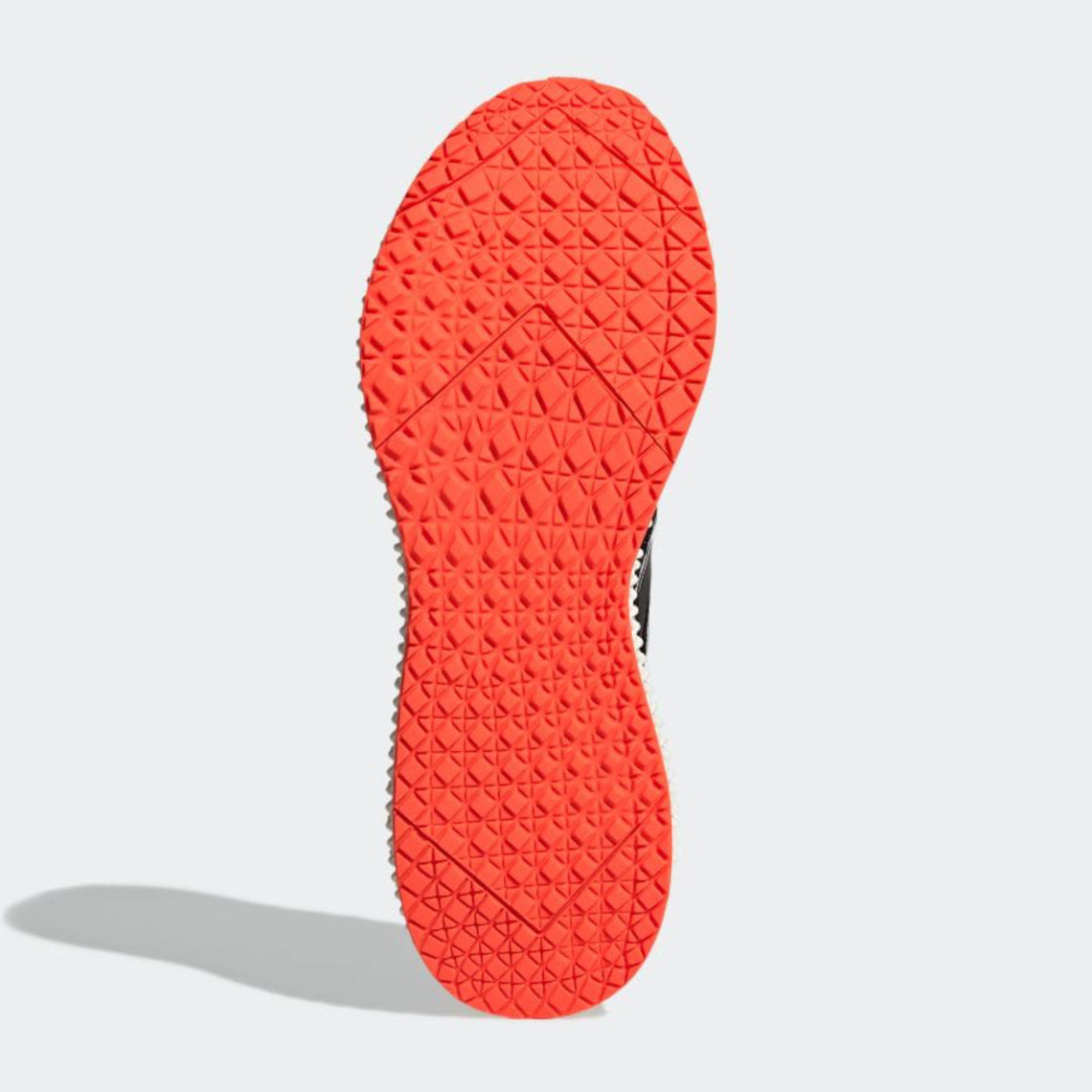 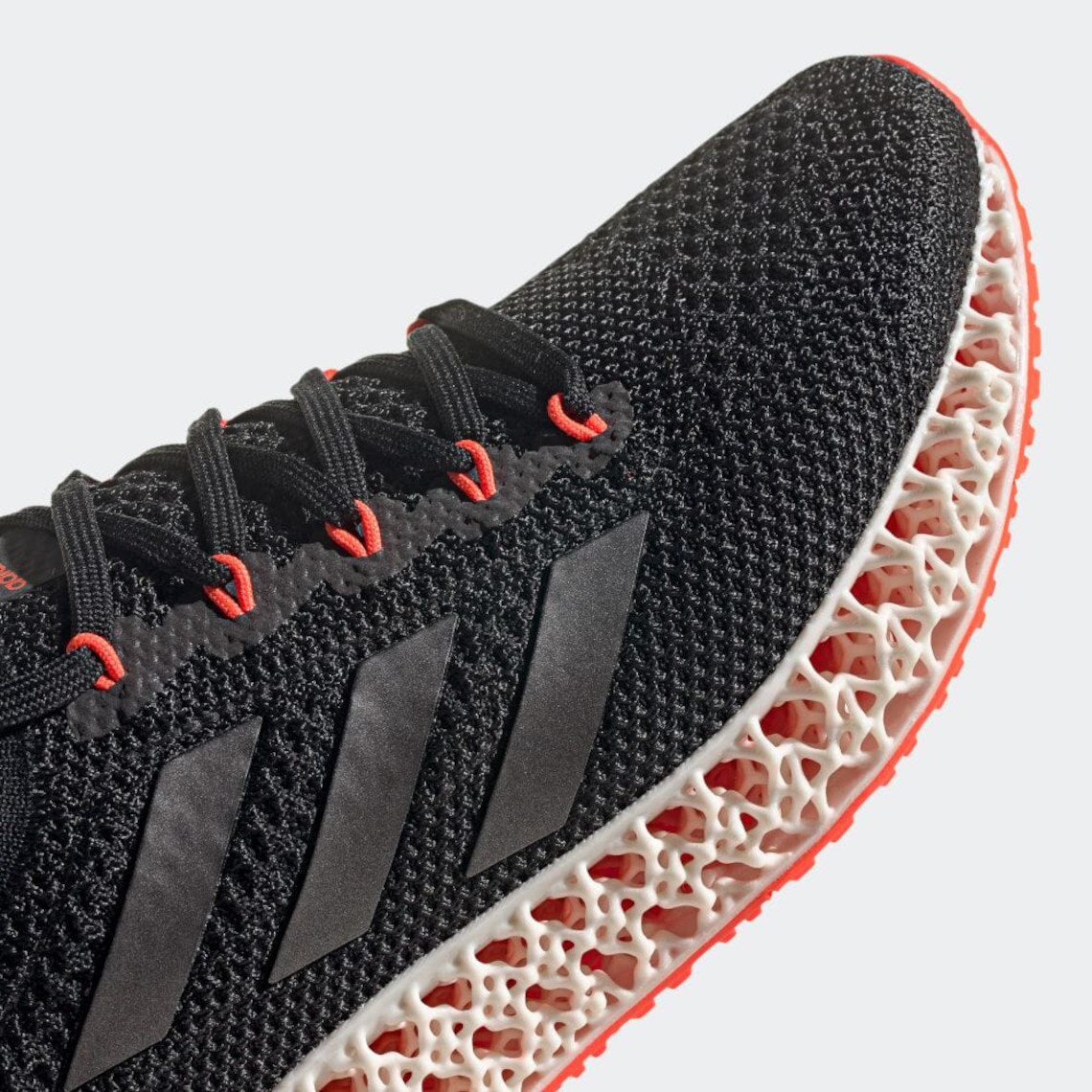 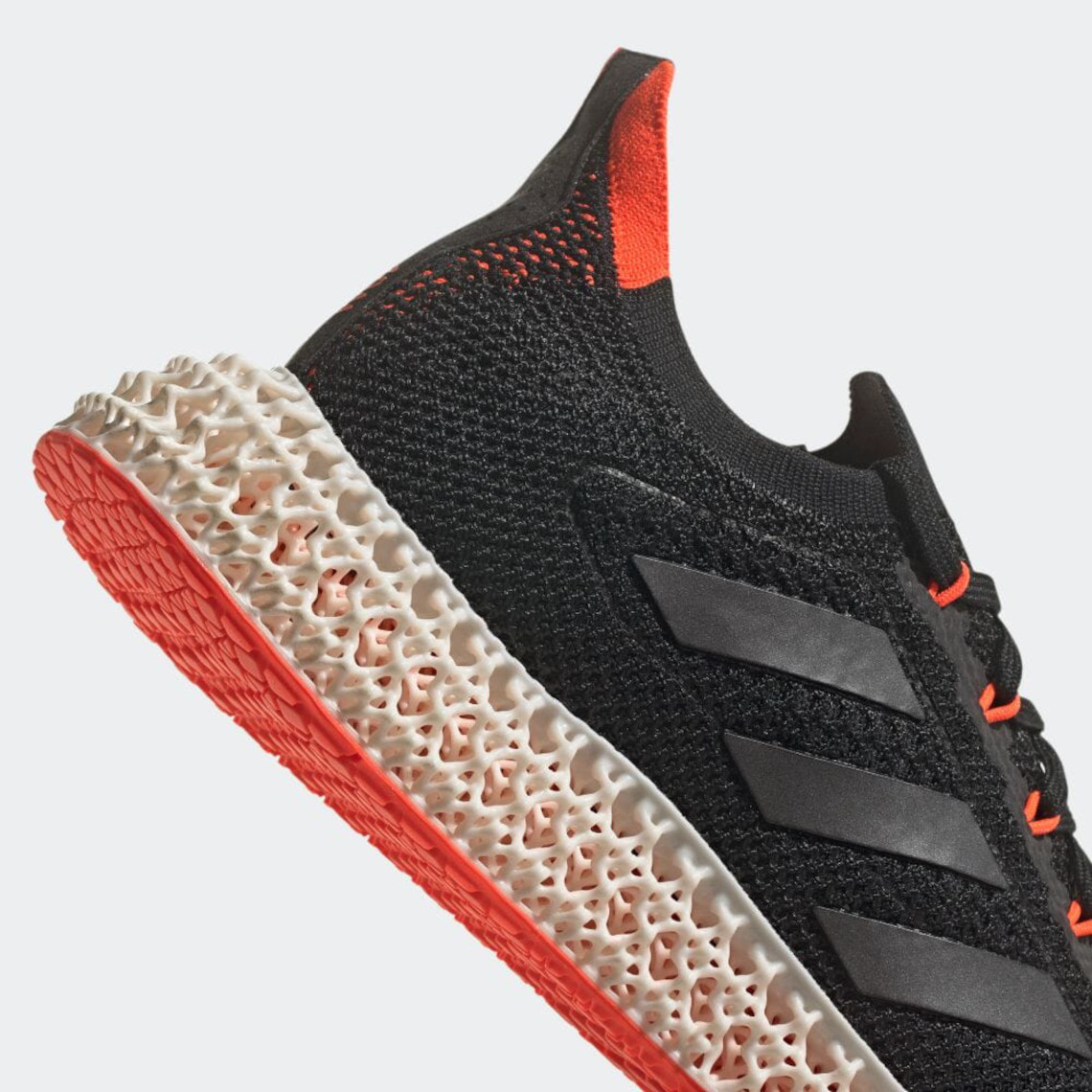