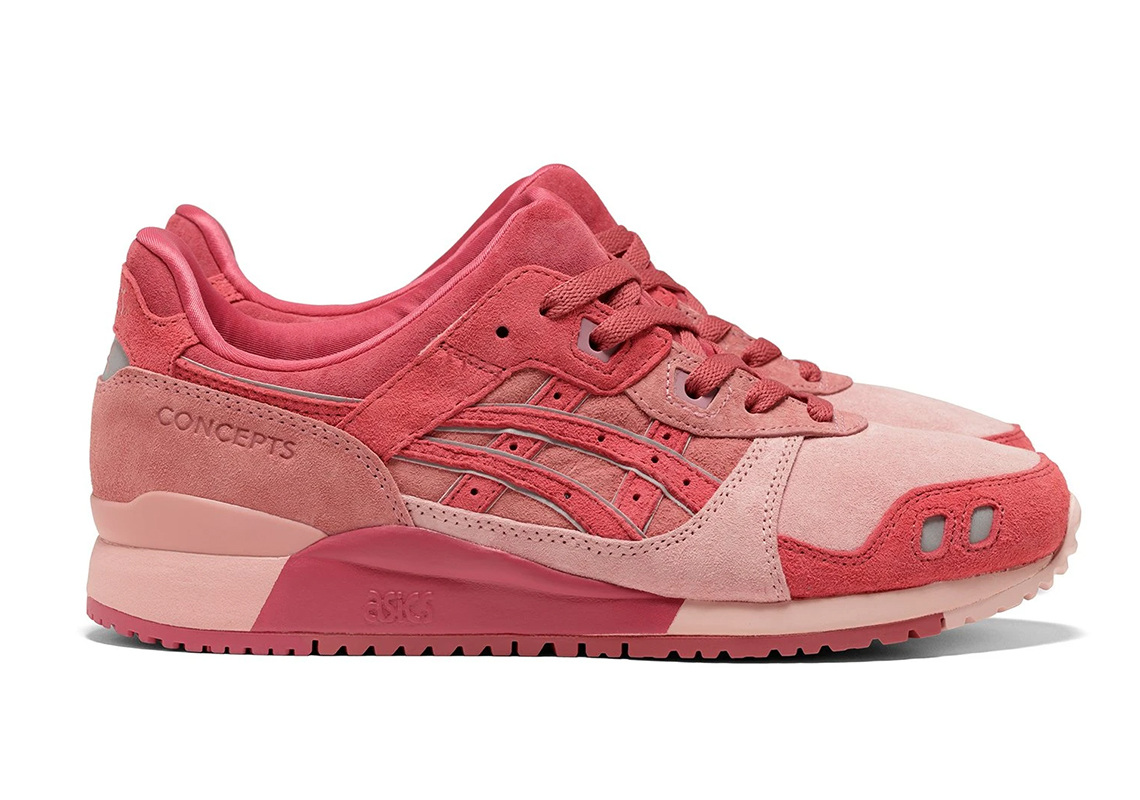 In celebration of its ongoing 25th Anniversary, Concepts reconnects with long-time collaborator ASICS to once again honor a magnificent creature of the sea – the tuna. Thoroughly acknowledged for its lionization of the lobster through various SB Dunk release, Concepts now focuses on the global obsession of the fish and its roles as the centerpiece in one of the trendiest food experiences of the modern era. Originally disregarded for its metallic taste, the tides of tuna reception changed in the 1970s when the bluefin tuna became highly sought after worldwide. Lively auctions at Japanese fish-markets are now a globally recognized tradition, and more often than not, that piece of fatty tuna or “otoro” is usually the highlight of the omakase dining experience.

Concepts’ Creative Director Deon Point mixes in the shades of red and pink on the GEL-Lyte III to match the flesh, with lighter shades obviously suggesting the higher fat content. Reflective 3M hits of silver are used to represent the knives used by the sushi chefs who rely on their finely sharpened tools for making the precision cuts. Green secondary laces are an obvious nod to wasabi, a regular accompaniment to the raw fish. Alongside the ASICS GEL-Lyte III “Otoro” is a full apparel collection of sweats, shorts, and tees; dubbed the “Four Days” collection, this apparel capsule recognizes the “Shibi” tradition of curing the fish in soy sauce for that time span.

The Concepts x ASICS GEL-Lyte III “Otoro” and “Four Days” will officially release on June 11th, 2021 exclusively at Concepts in-store and online in their NYC and Newbury locations. A global release is confirmed for June 25th, 2021 at select ASICS retailers. 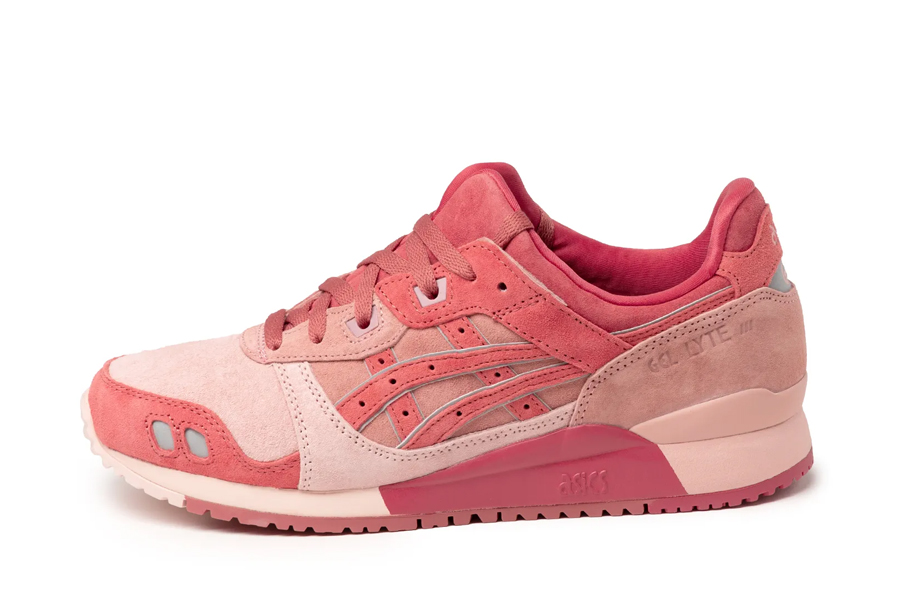 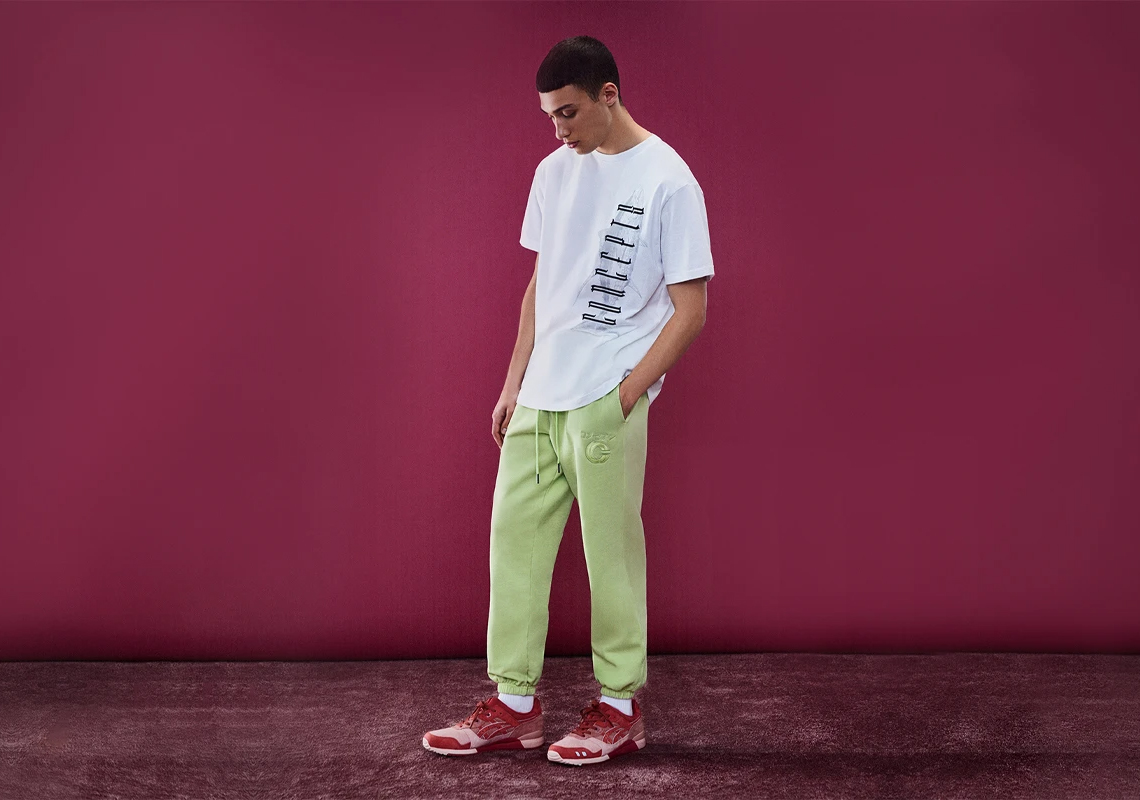 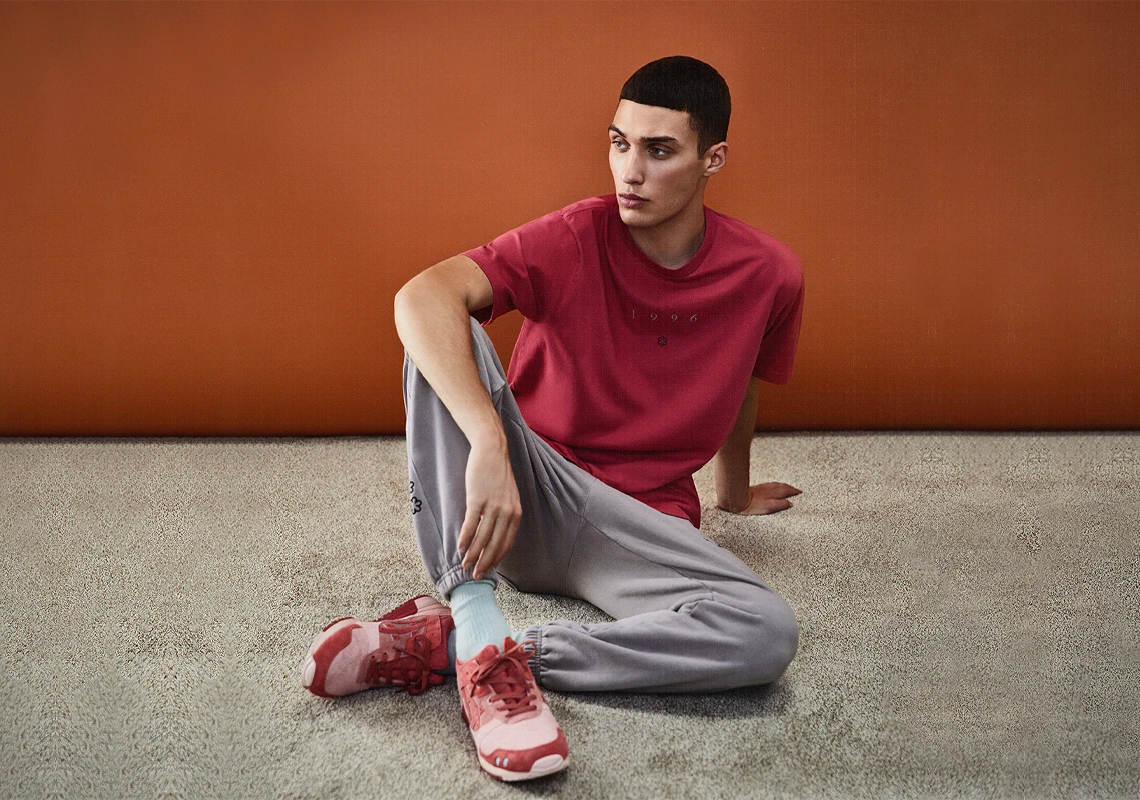