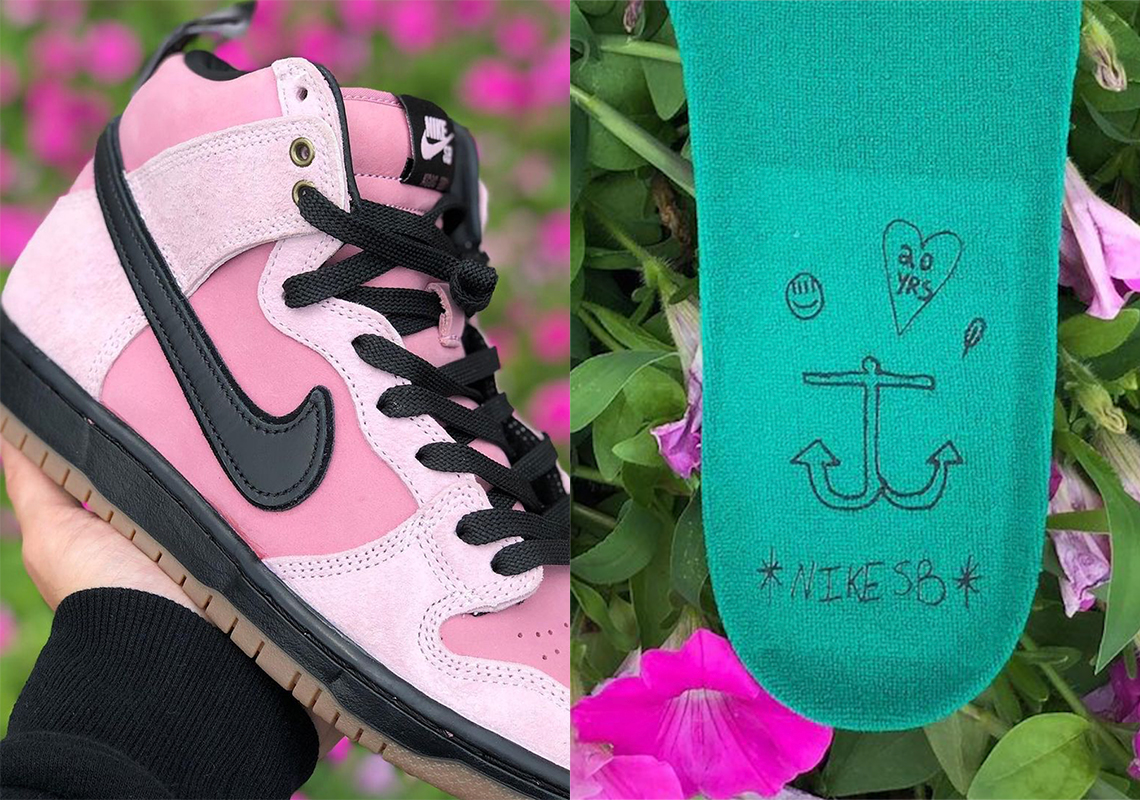 The New York skate scene was only made better with KCDC’s founding. Amy Ellington, owner to said skate shop, opened her doors two decades ago in 2001, and the Brooklyn hub has quickly become a mainstay of the community at a young 20-years-old. To help commemorate the storefront’s birthday, the Swoosh is joining in on the fun, gifting Ellington her very own Nike SB Dunk High.

The collaboration bears a charm not outwardly evident. While its colorway is certainly vibrant, its pinks pale next to the hidden artwork. Tucked away along the insoles, these hastily drawn doodles portray a lazy devil, stars/smileys, an anchor, and quickly penned co-branding. Outside, the construction is rather straightforward. Suedes of varying thickness dye two variations of the aforementioned color, while the laces, midsole, lining, and thick Swoosh opt for a dark black neutral. What’s more, towards the heel — just above the check — the pulls extend to fit the KCDC logo.

For an early look, see below. A release is sure to arrive before the end of 2021. Sit tight for updates.

In other news, a Mummy Nike SB Dunk Low is unwrapping itself this Halloween. 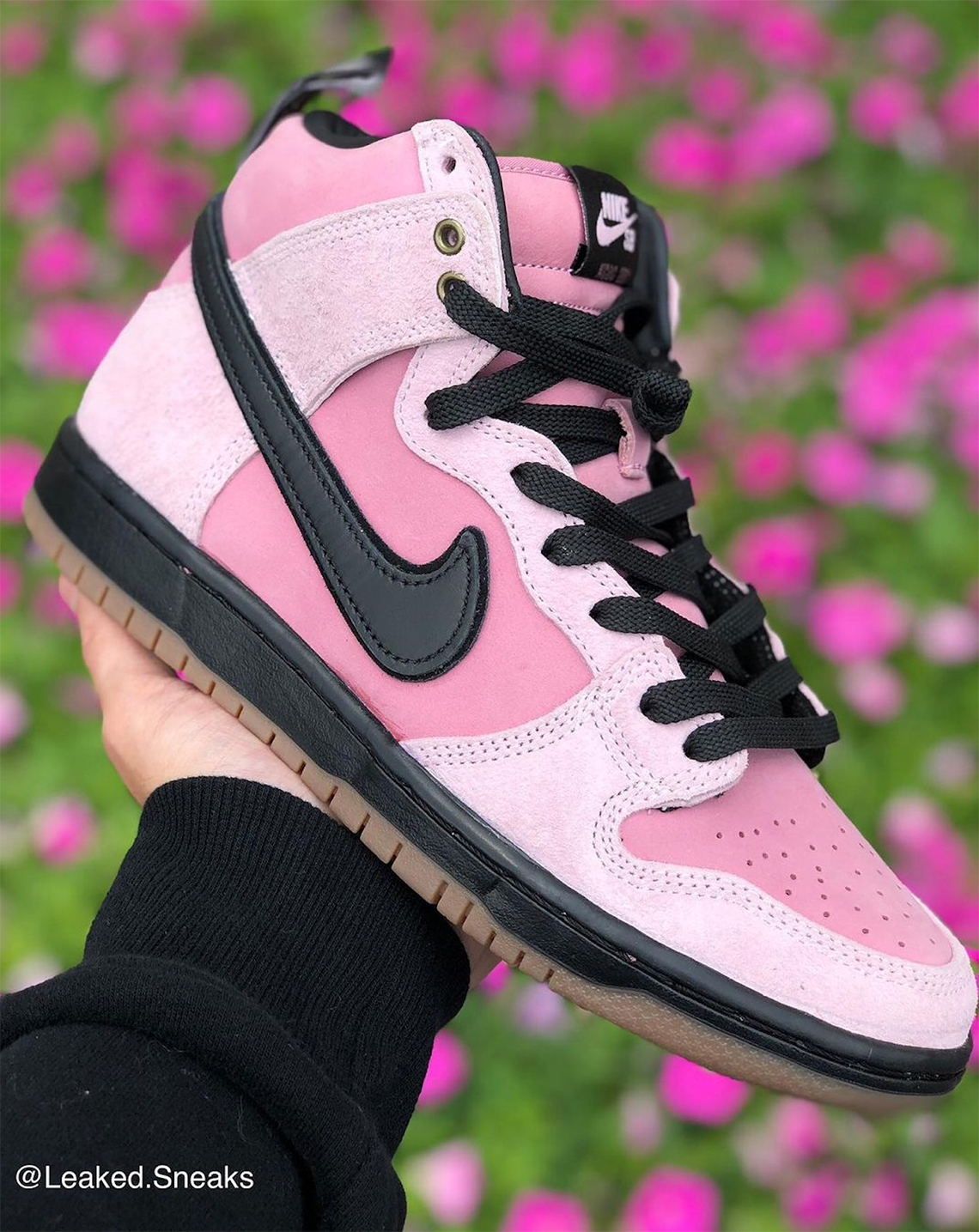 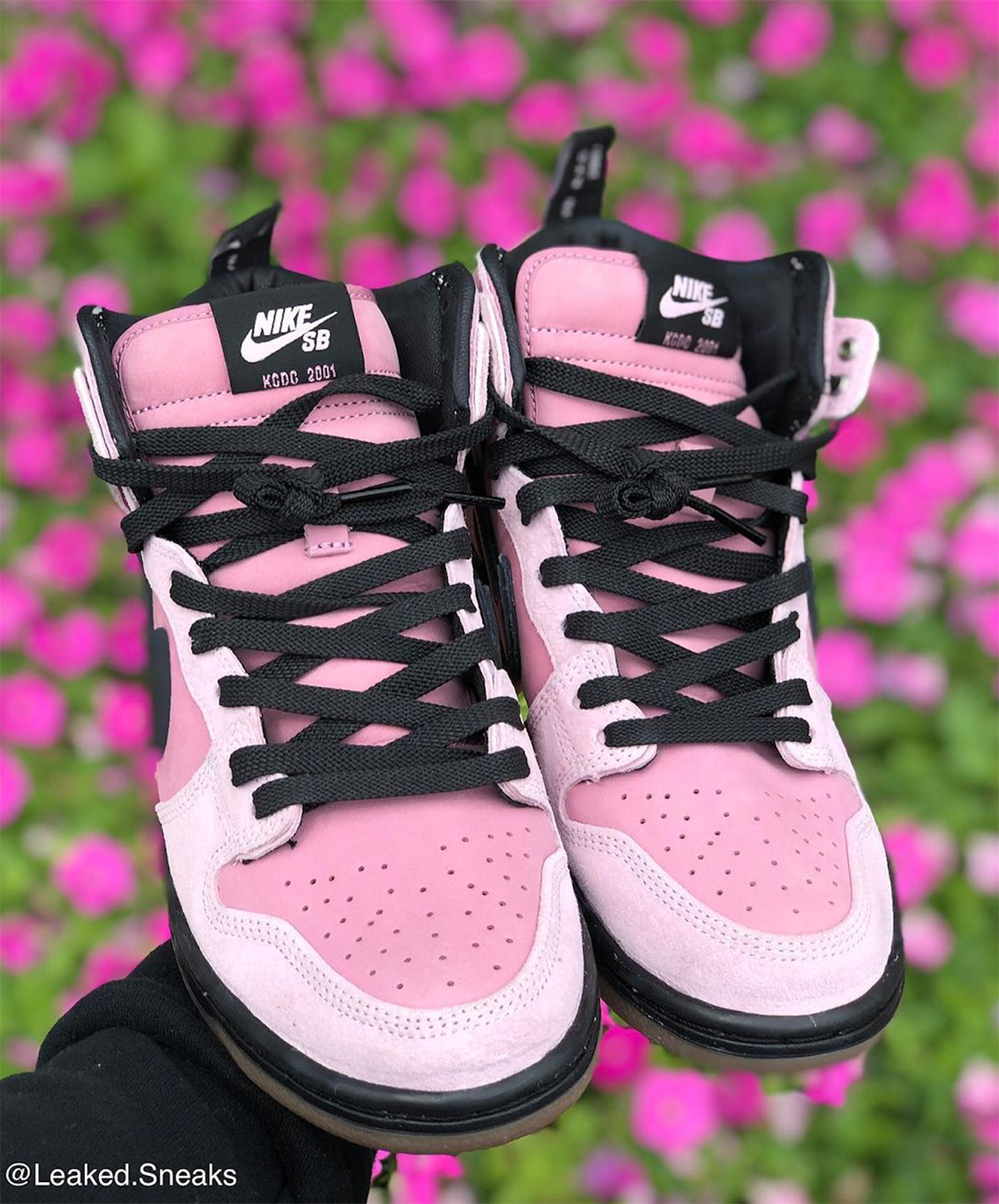 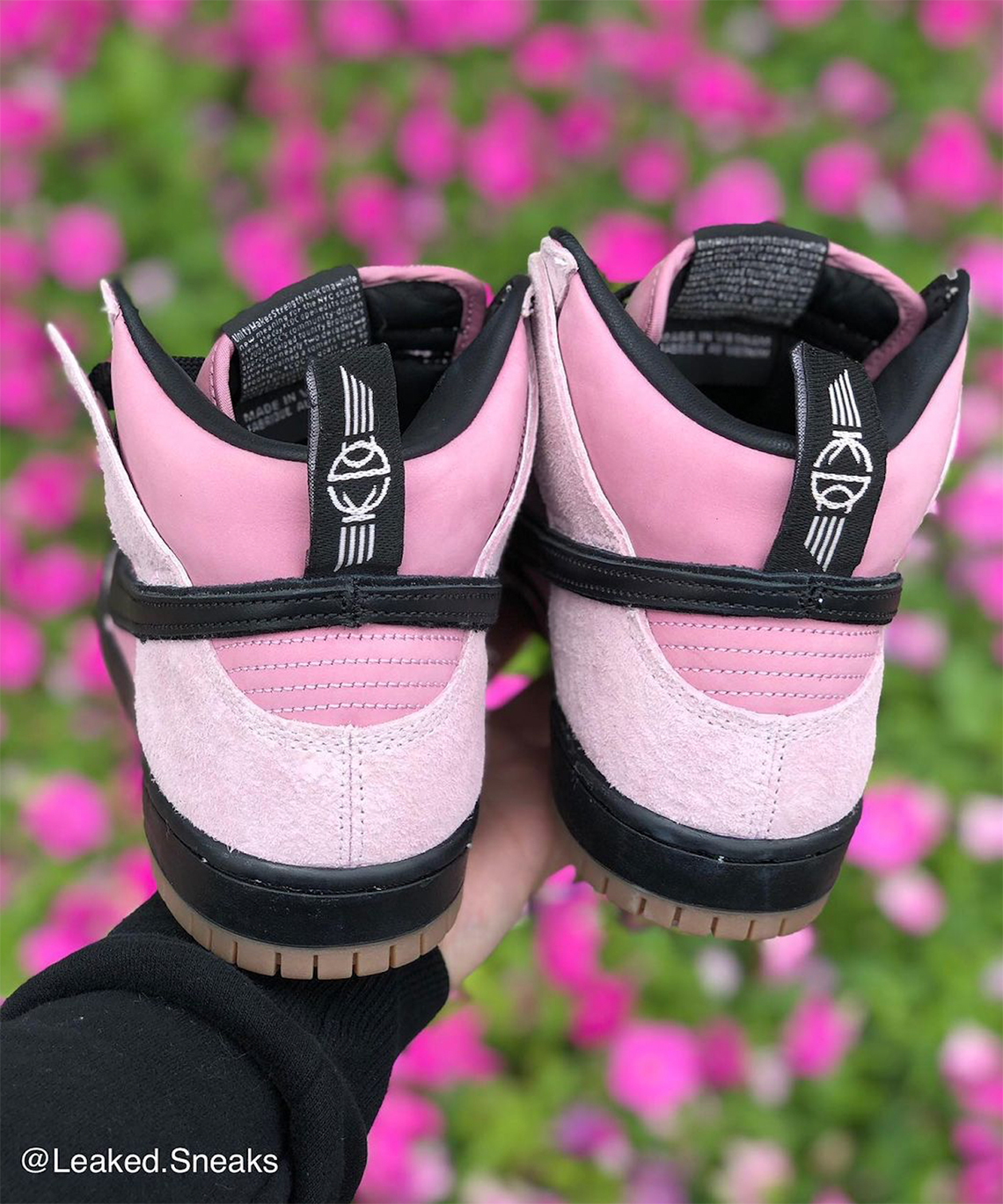 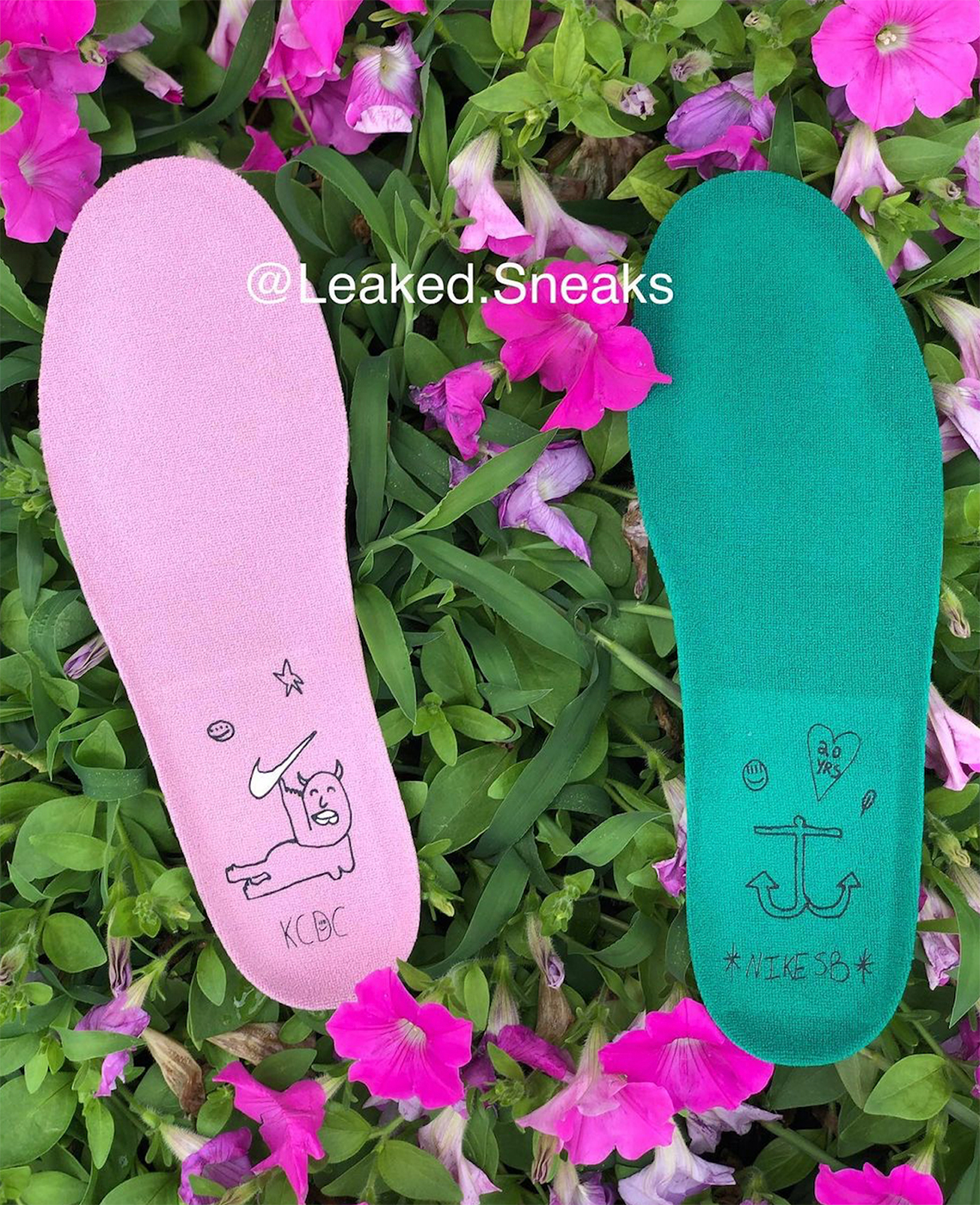