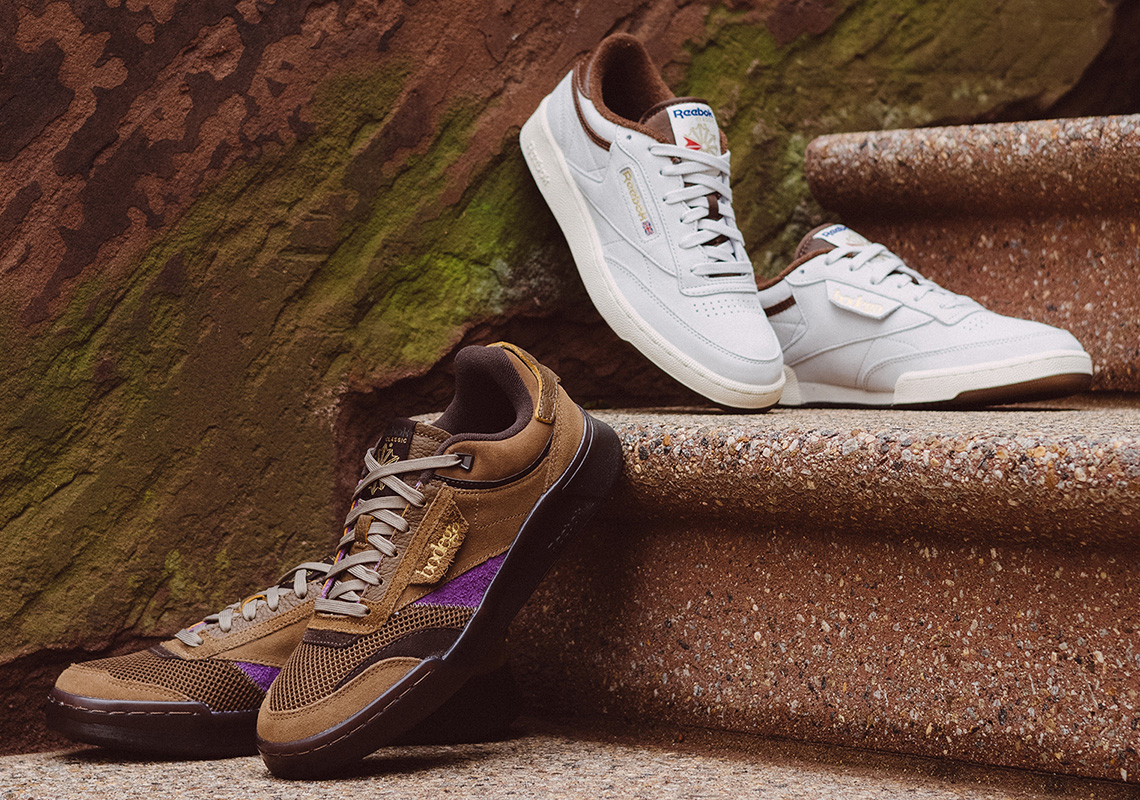 Newly 15, Bodega is celebrating a big milestone, one that further cements their impact on the culture as a whole. And following a New Balance 990v3 shaped birthday cake, the imprint is ready for a second wind, teaming up with Reebok to craft both a Club C Legacy and Club C 85.

Bodega’s goal here was to create something unique that is still informed by the model’s rich heritage and tradition. What this means — at least in the Club C 85’s case — is something quite subdued, clad near all-over with the tennis shoe’s usual white finish. But elsewhere, accents of a deep brown complement a roughly yellowed sole, hitting both the terry clothing lining, suede tongue, and the collar’s smooth leather overlays.

Alternatively, the Club C Legacy is somewhat more interesting, presented with an array of new materials and novel forms of branding. Gone is the stitched down strip; instead, the storefront’s name rests in gold along a thick, hanging slab of suede. Behind, matching finishes and earth-toned hues run replete throughout the upper, making their way to the tumbled leather heel tab and breathable mesh toe. Moreover, the forefoot also accents with a swatch of purple, which is not too out of place relative to the deep red insole.

Offered alongside a co-branded blank key — which touts “Cannot be Duplicated” — both pairs will release later this August. The Club C Legacy hits Bdgastore.com on Aug. 6th, Reebok.com on Aug. 7th; the Club C 85 exclusively drops through the boutique on Aug. 6th. 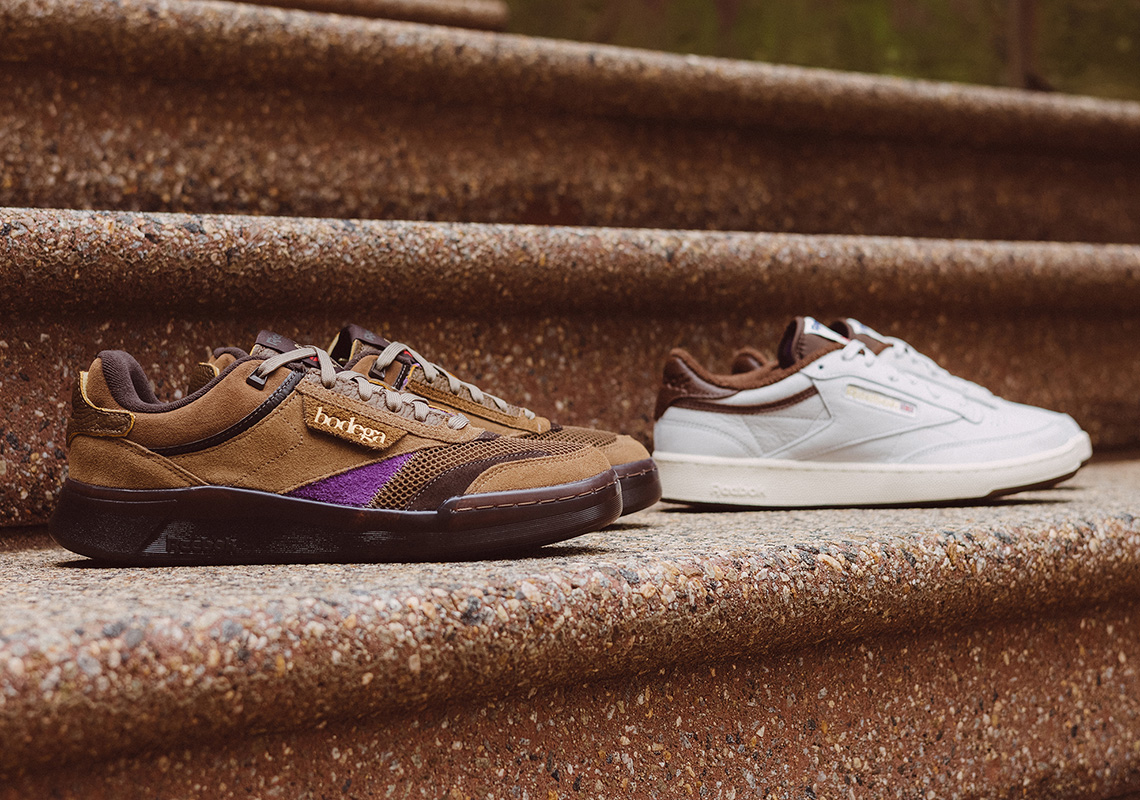 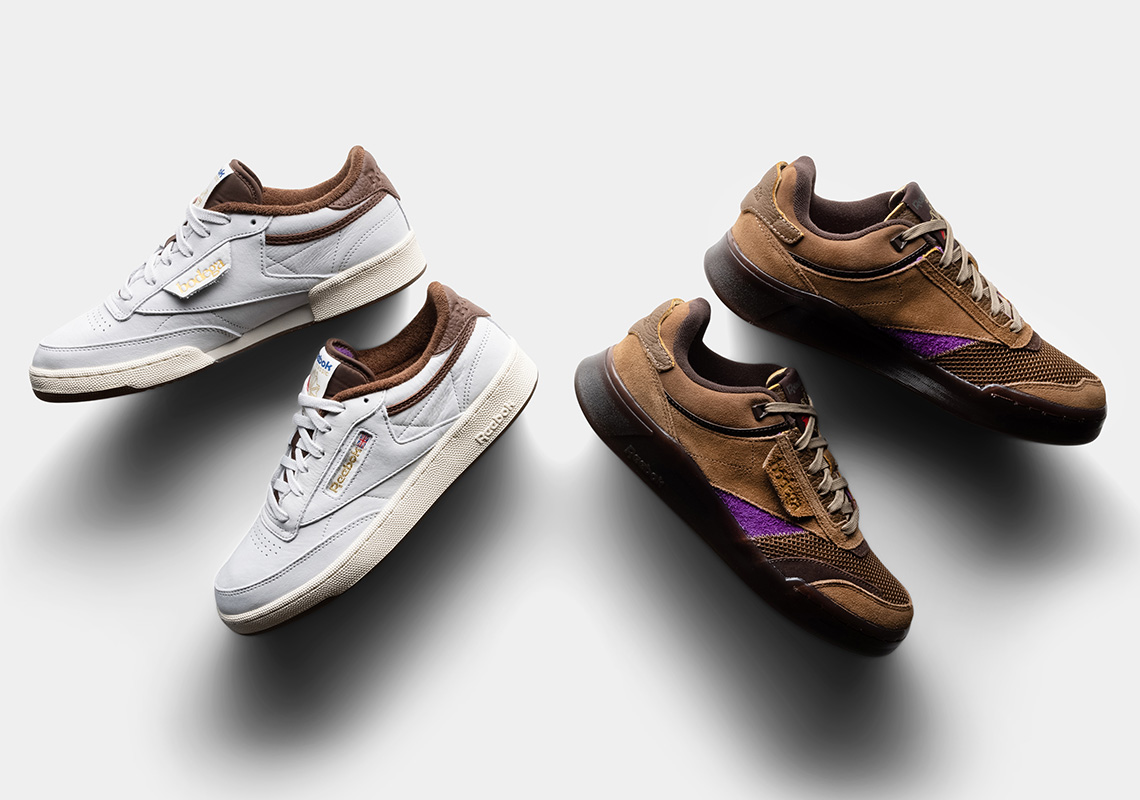 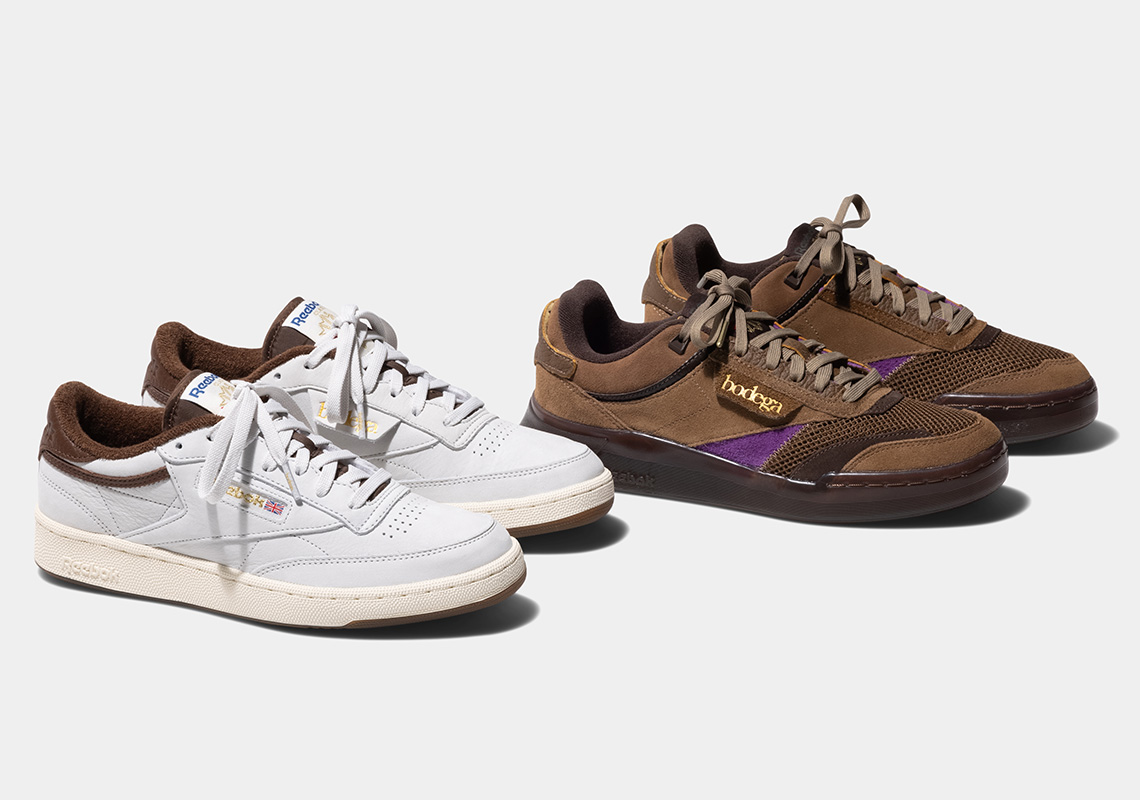 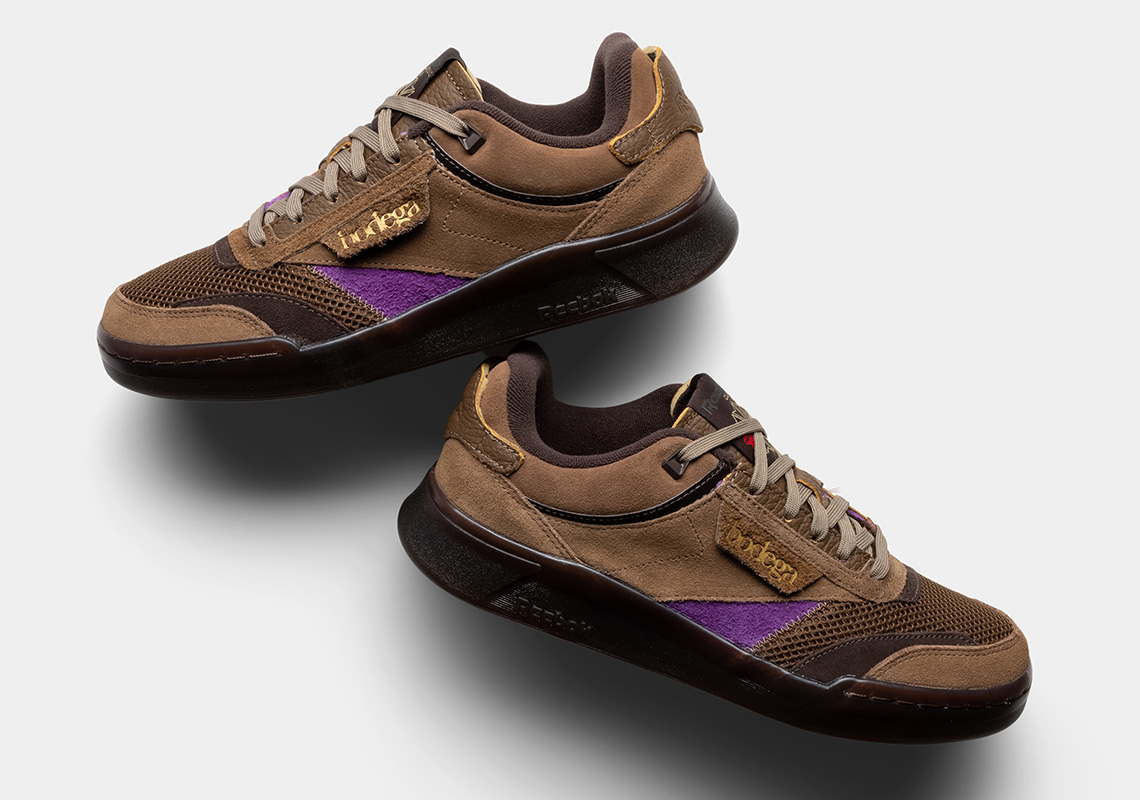 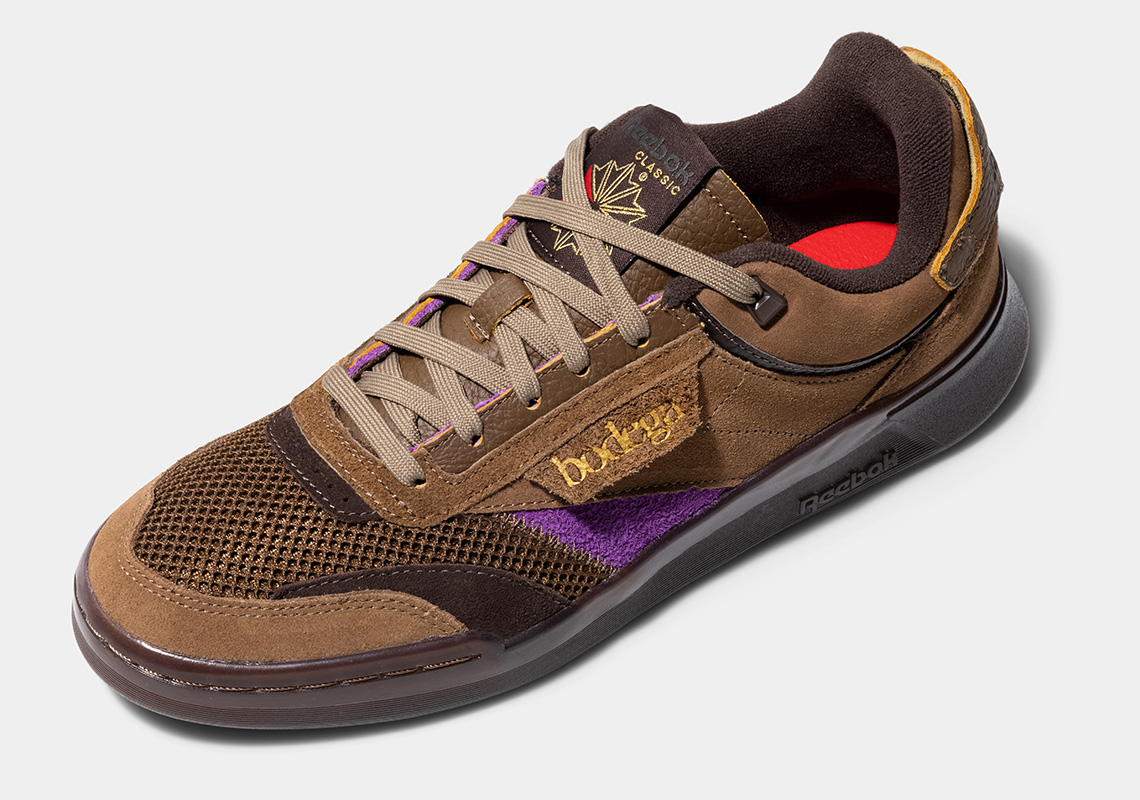 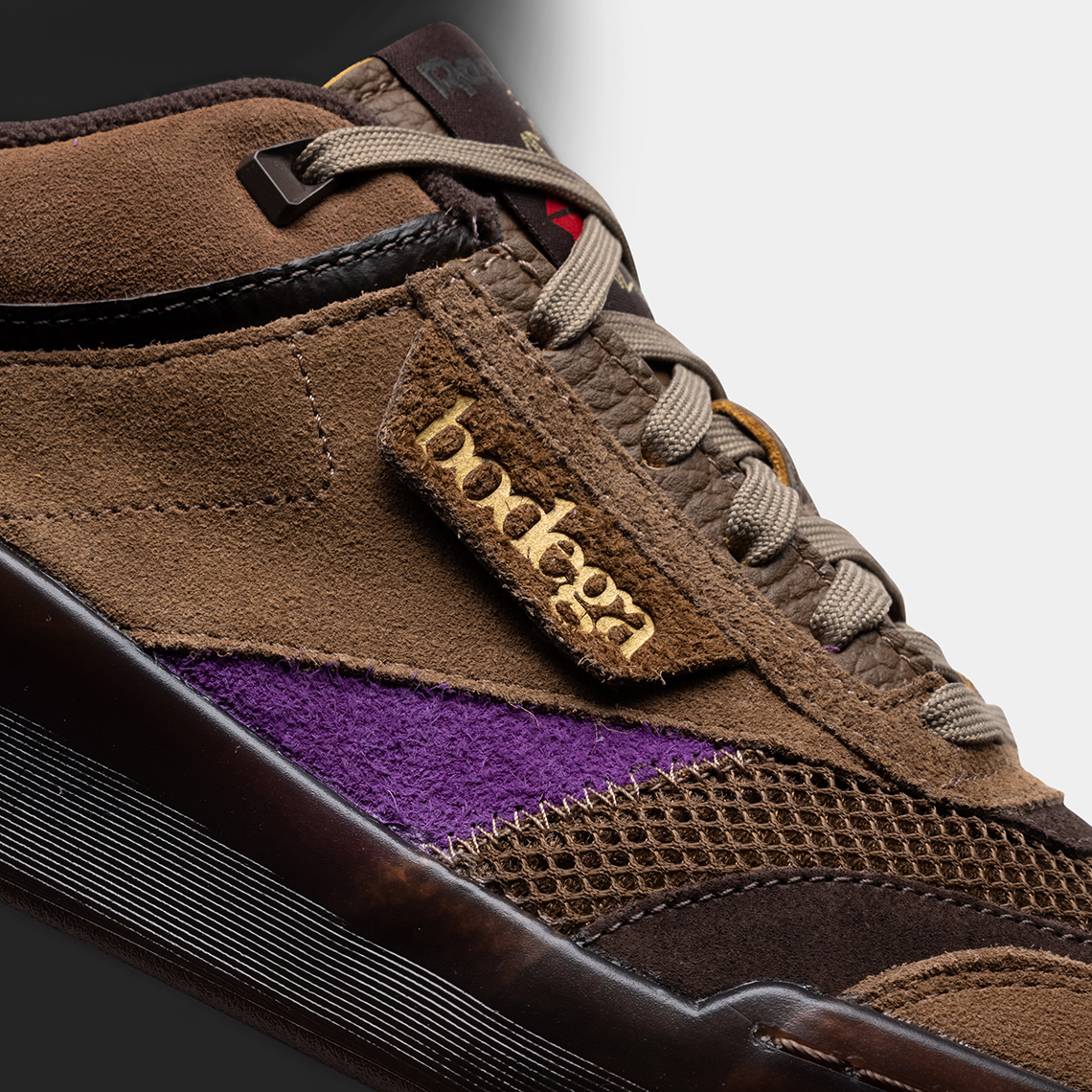 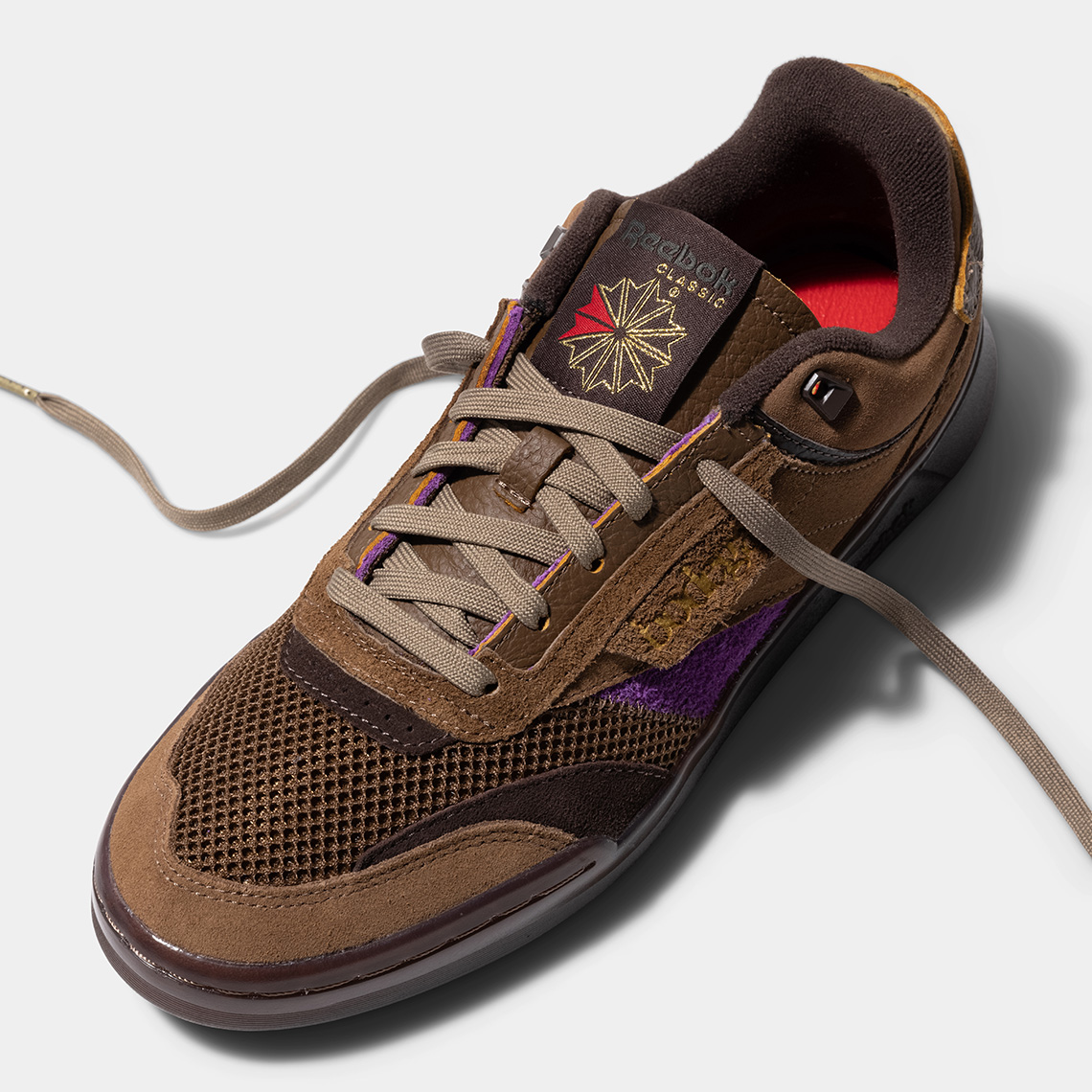