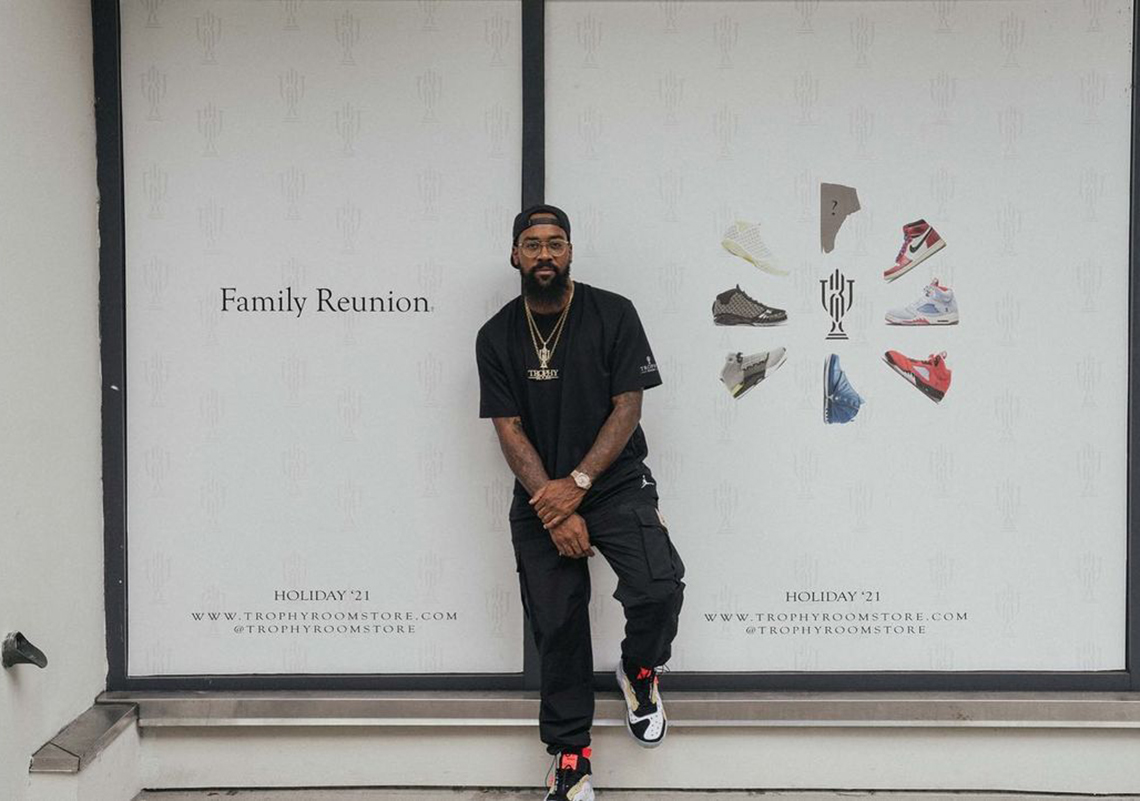 Marcus Jordan, though faced with heavy backdooring allegations, has kept his spirits up, denying that the Trophy Room x AJ1 was backdoored at all. And though likely a strain on the two brand’s collaborative relationship, the controversy has yet to disrupt any future offerings. As confirmed via Twitter not long ago, Jordan has yet another release with the Jumpman on the way, this pair possibly — as teased further today — another Air Jordan 1.

Posed and pictured in all sorts of ways and angles, Marcus Jordan proudly stands in front of his flagship, which is soon to reopen. Covered pane to pane, the windows hide what’s inside while simultaneously confirming Trophy Room’s 8th Jordan collaboration. And though the silhouette is obviously the aforementioned, it could very well be a placeholder.

For now, all we can do is speculate. Until the official reveal, sit tight and expect to find updates right here.

In other news, Sean Wotherspoon teased a blacked out adidas SUPEREARTH. 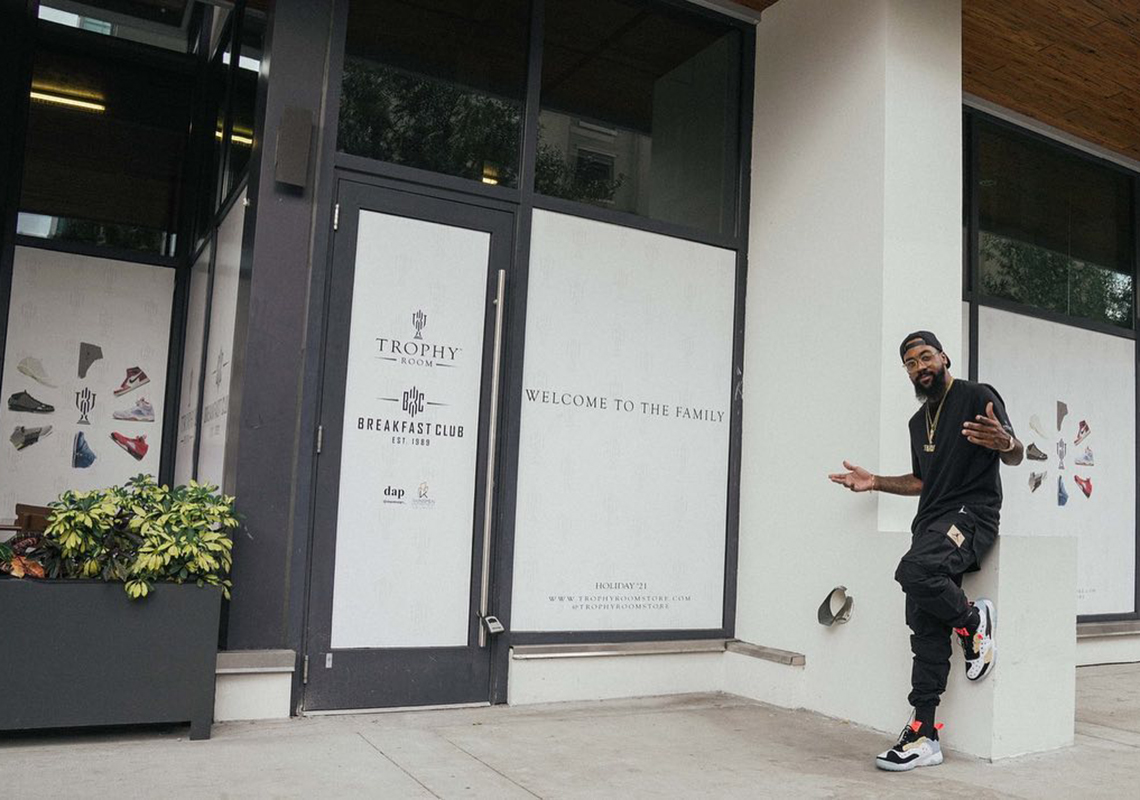 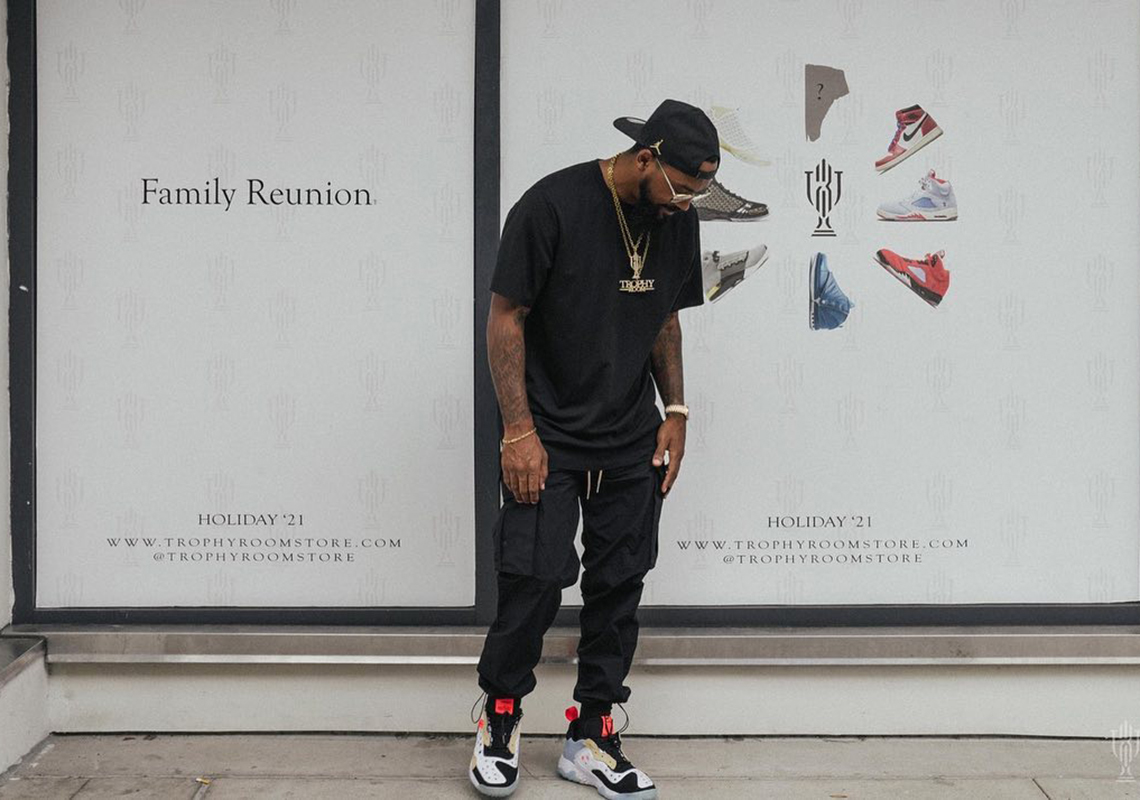