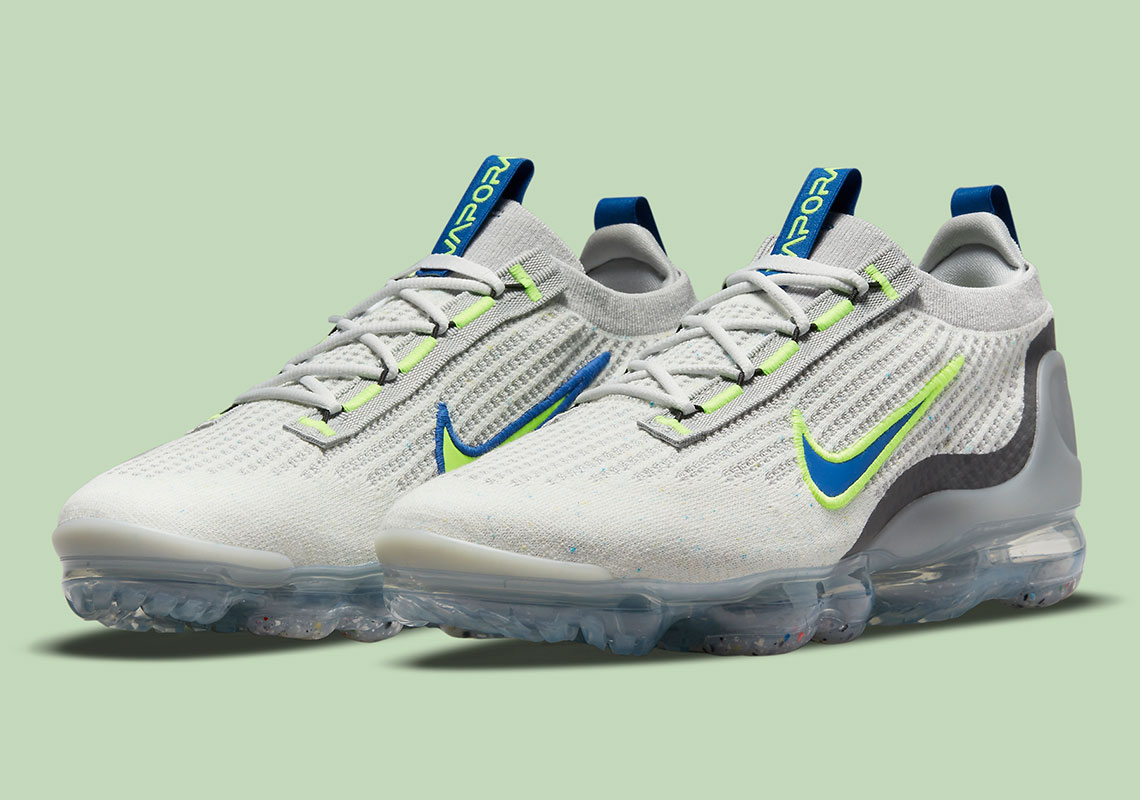 Since its debut in 2017, the Nike Vapormax has become one of the Swoosh’s most recognizable silhouettes. The iconic pod-like Air units continue to make an appearance four years later as the Nike Vapormax Flyknit 2021 will soon be releasing a Volt and blue-accented colorway.

The pair sees its Flyknit upper tinted in a soft grey. A closer look reveals some blue and yellowing speckling that most likely resulted from the processing of recycled materials to craft the Flyknit yarns. Volt embroidery outlines the blue, satin-like Swoosh on the lateral side. The media side demonstrates a similar Swoosh by switching the colors. This vibrant blue and green pairing is also applied to the heel and tongue pull loops to brand the style. The classic Vapormax sole unit rounds out the look by adding a layer of Regrind rubber underfoot for traction.

Enjoy official images of the Vapormax Flyknit 2021 below, which will hit Nike.com in the near future at a price of $200.

In other Swoosh-related news, check out the Tiffany Blue Swooshes on the upcoming Nike Air Force 1 “Move To Zero.” 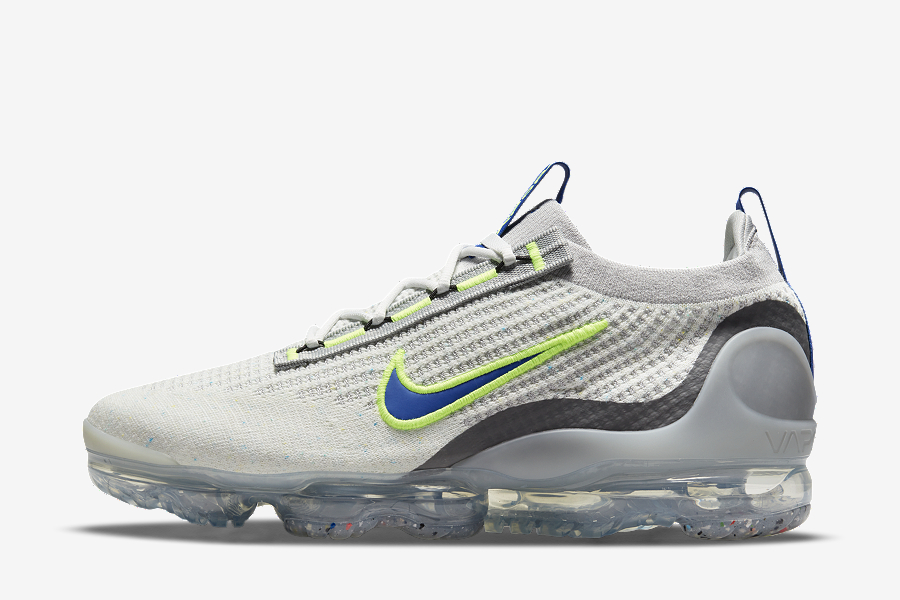 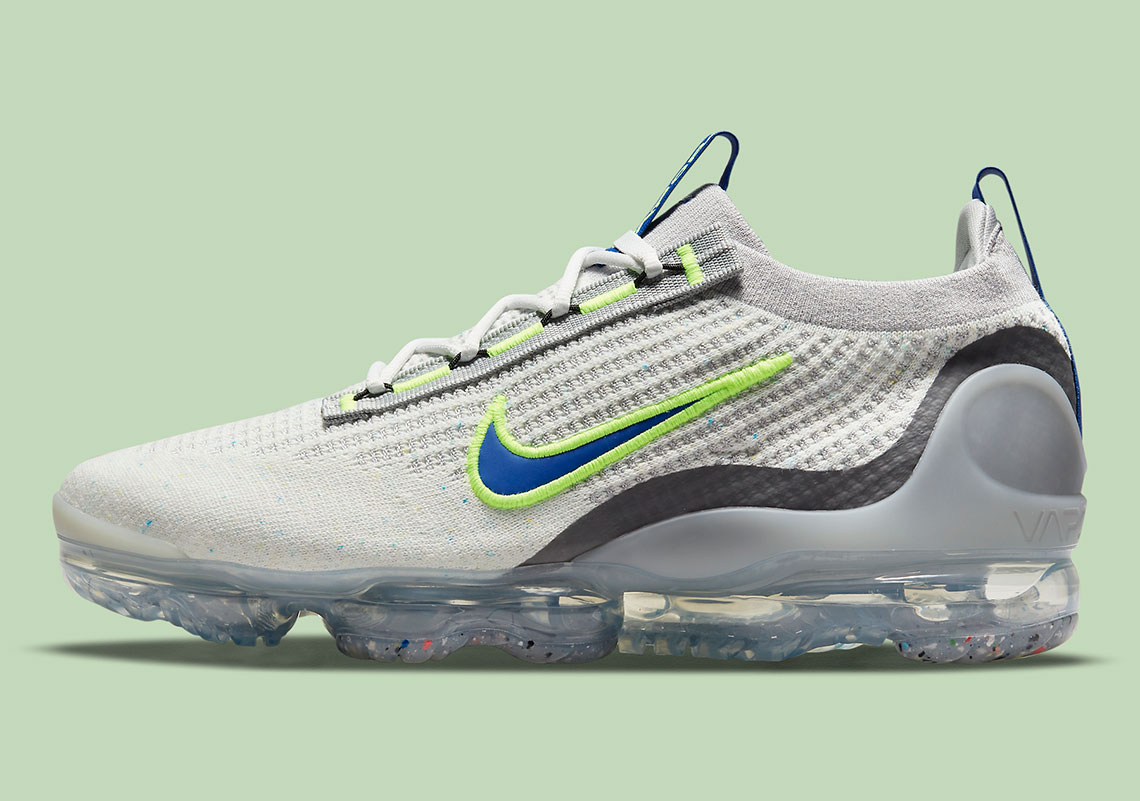 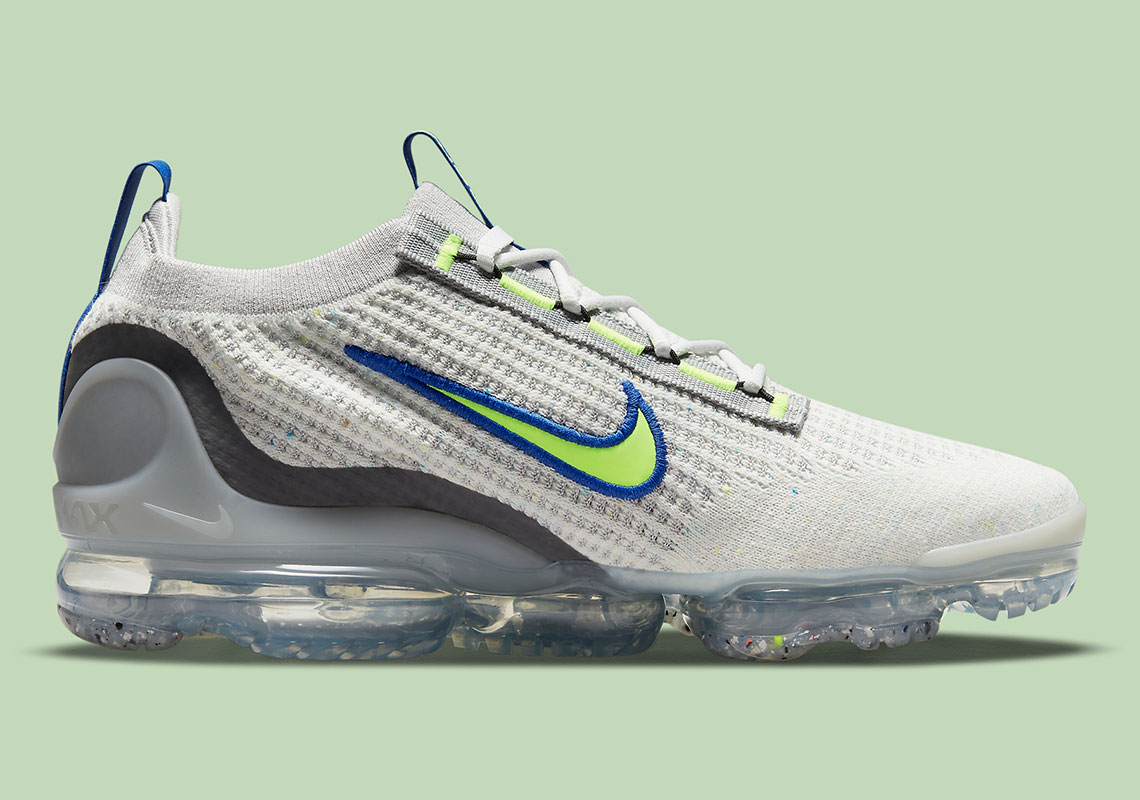 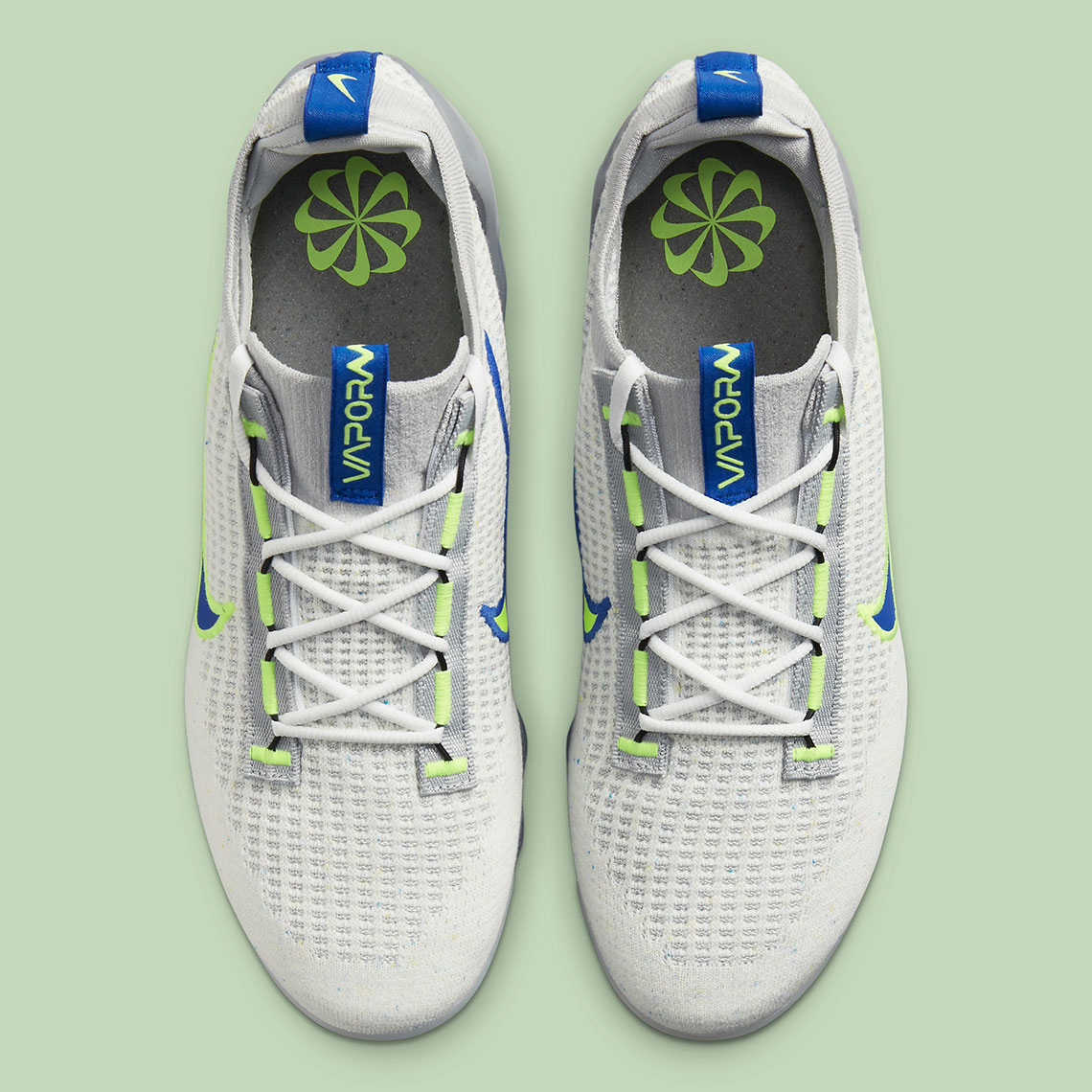 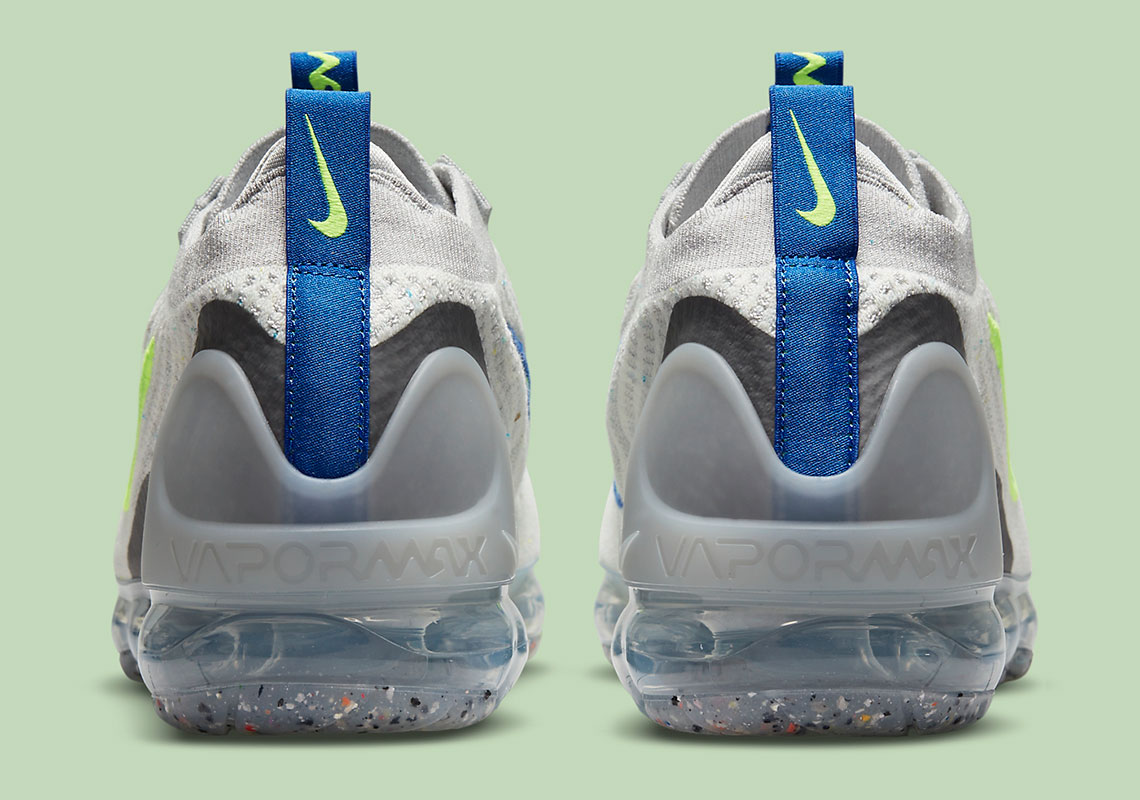 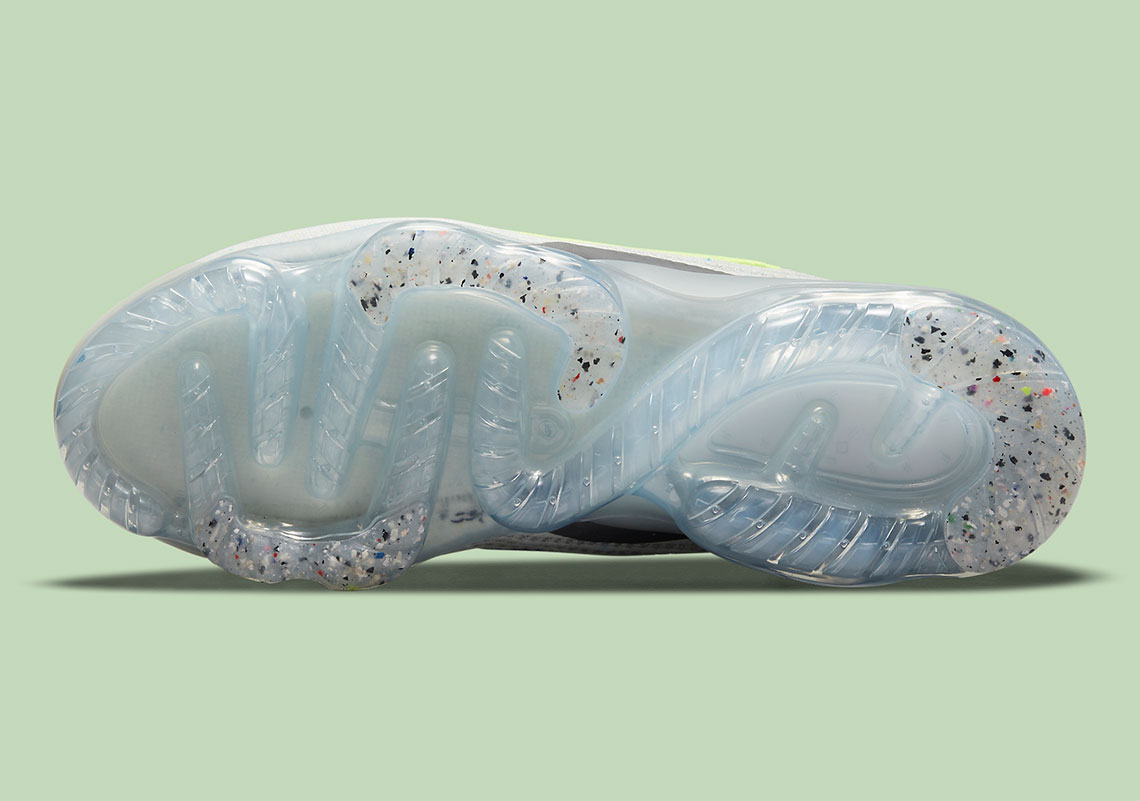 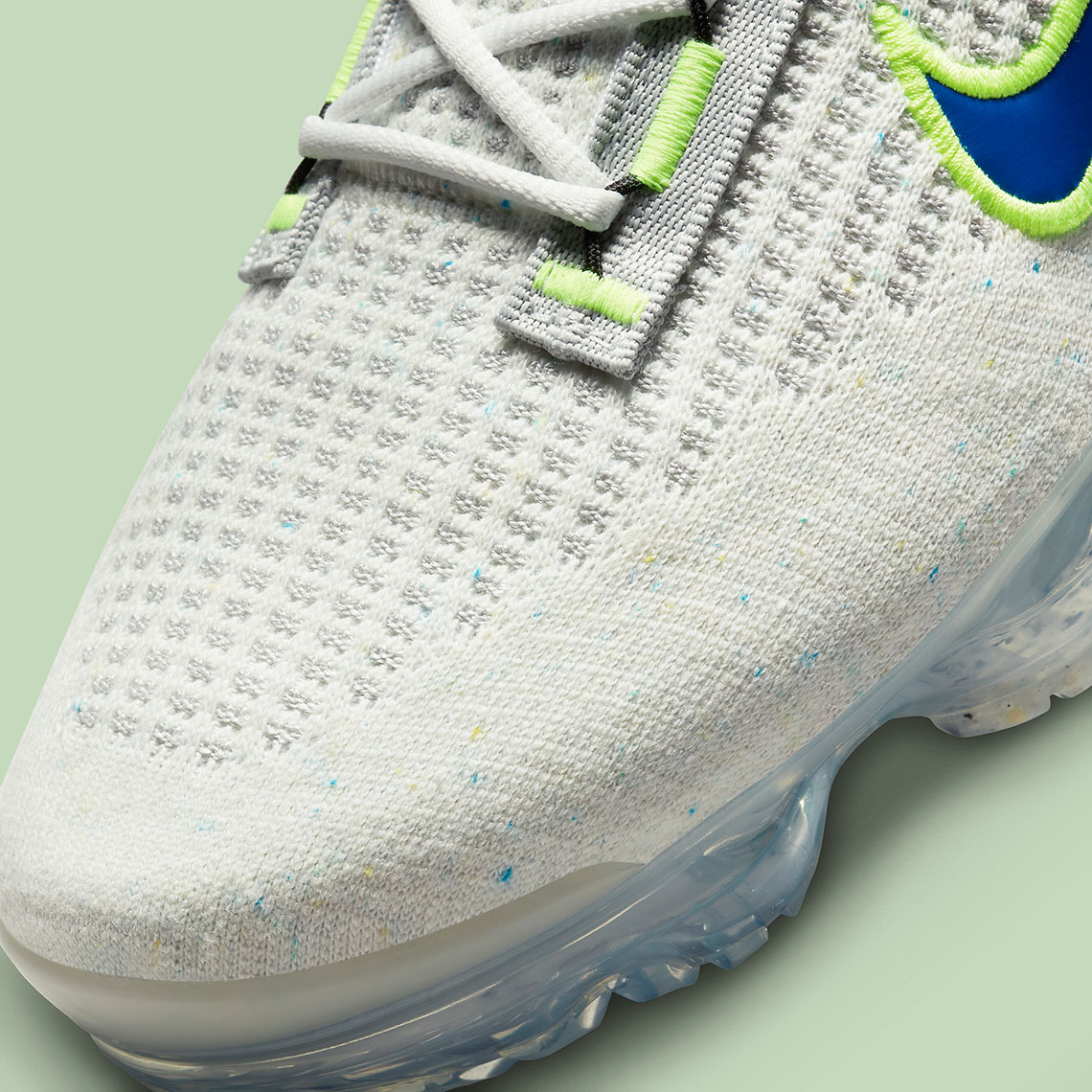 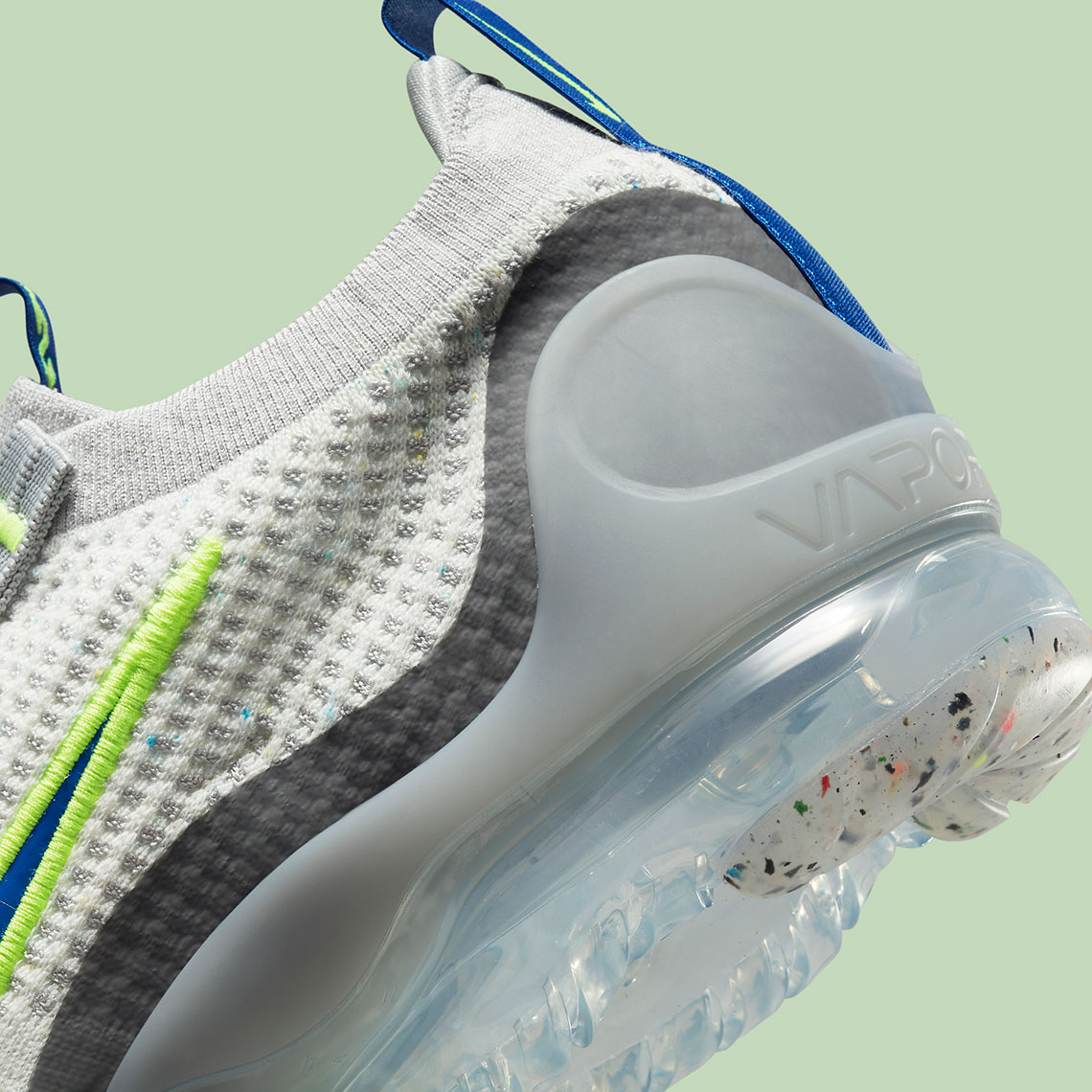