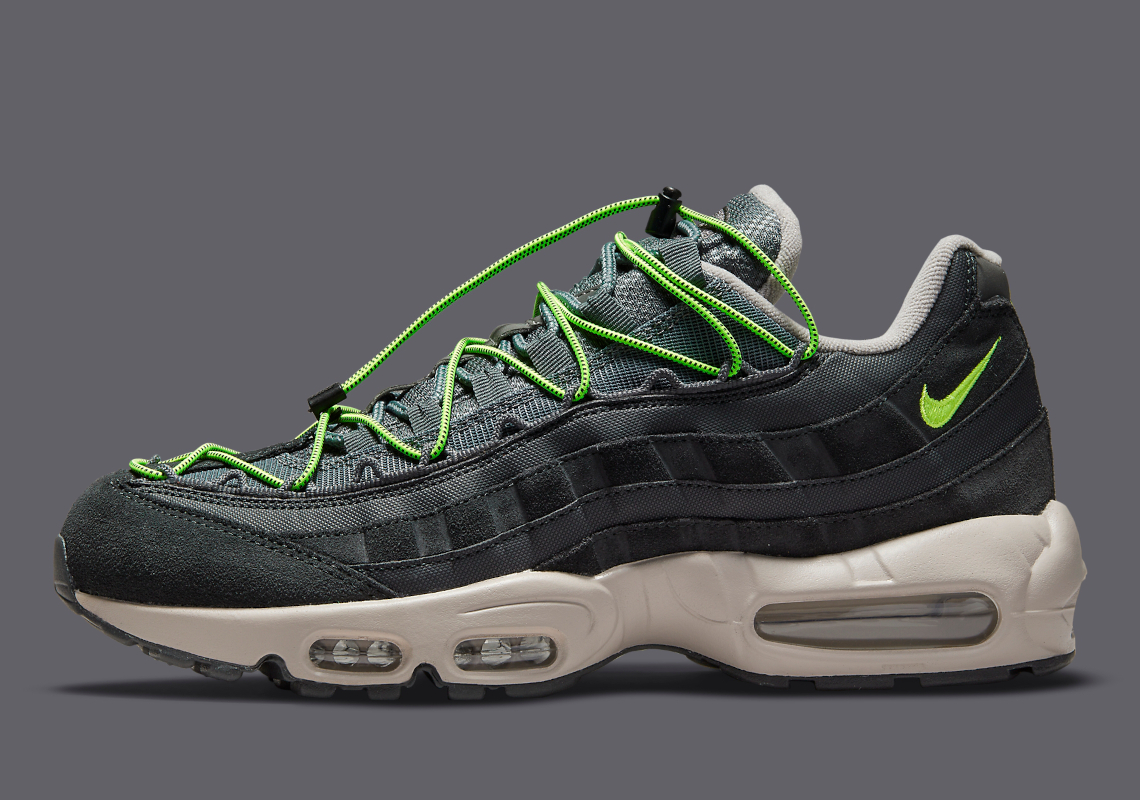 As the Nike Air Max 95 gradually approaches its 30th anniversary, the silhouette continues to reinvent itself through experimental builds and colorways. For its latest proposition, Sergio Lozano’s design has indulged in shades of green and grey across an upper with a non-standard speed-lacing system.

Unlike a previously-seen iteration clad in “Khaki /Black/Total Orange,” the newly-surfaced pair features a few tones across its mesh, canvas and suede upper. Shades of forest green appear alongside greyscale counterparts for a versatile, but rather drab arrangement. Reflective detailing reappears on the tongue and spine, while branding on the heel, lateral ankle and sock-liners opt for vibrant “Volt” flair. Similarly, the Air Max‘s additional set of laces boast the highlighter-like hue. Underfoot, the ostensibly hiking shoe-inspired option opts for a “Bone” makeup across the midsole; waffle pattern tread favors “Black.”

Official Nike.com release details haven’t been disclosed by the brand, but this modified Nike Sportswear classic is likely to land before 2021 ends. In any case, enjoy images of the pair here below.

Elsewhere under the NIKE, Inc. empire, the Billie Eilish Air Jordan 1 KO is rumored to launch on September 30th. 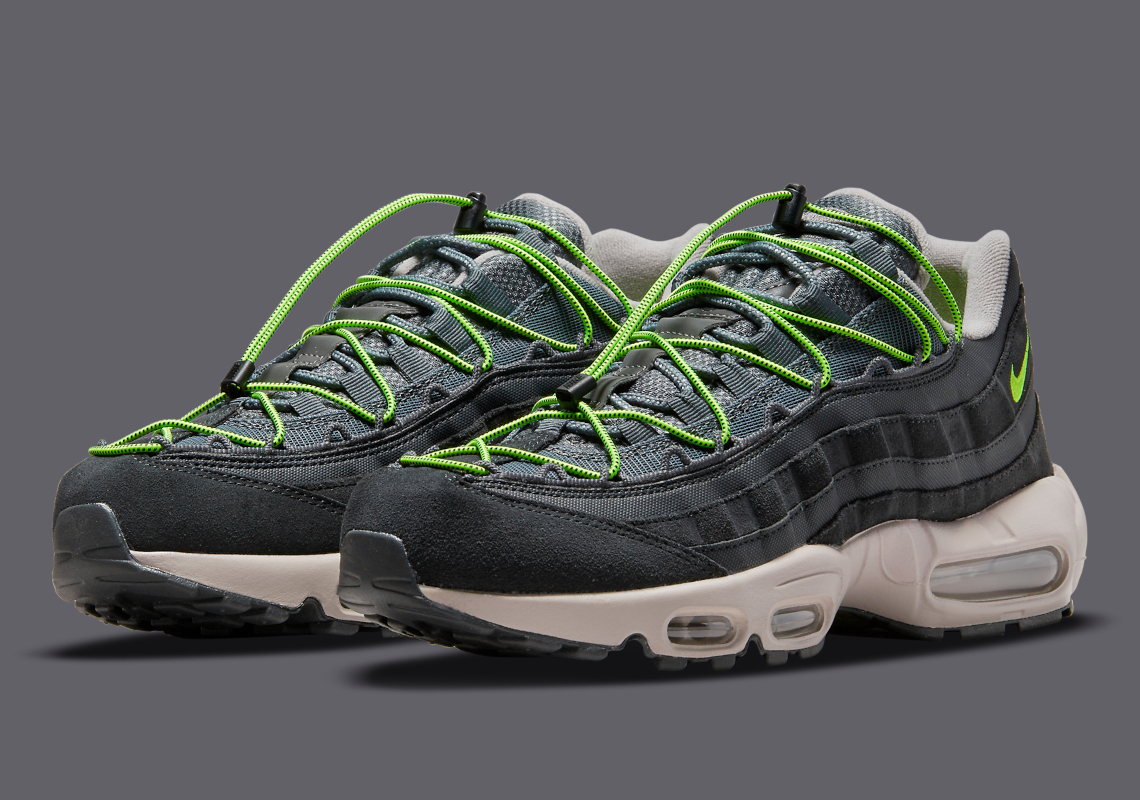 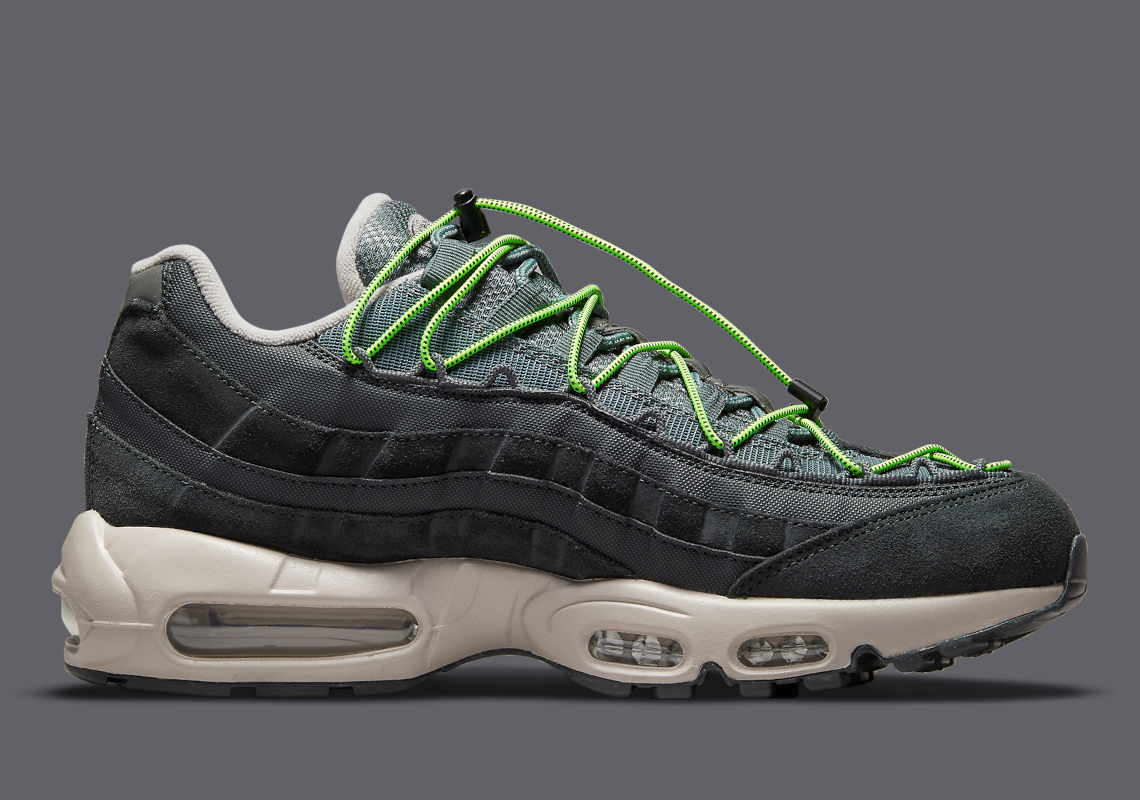 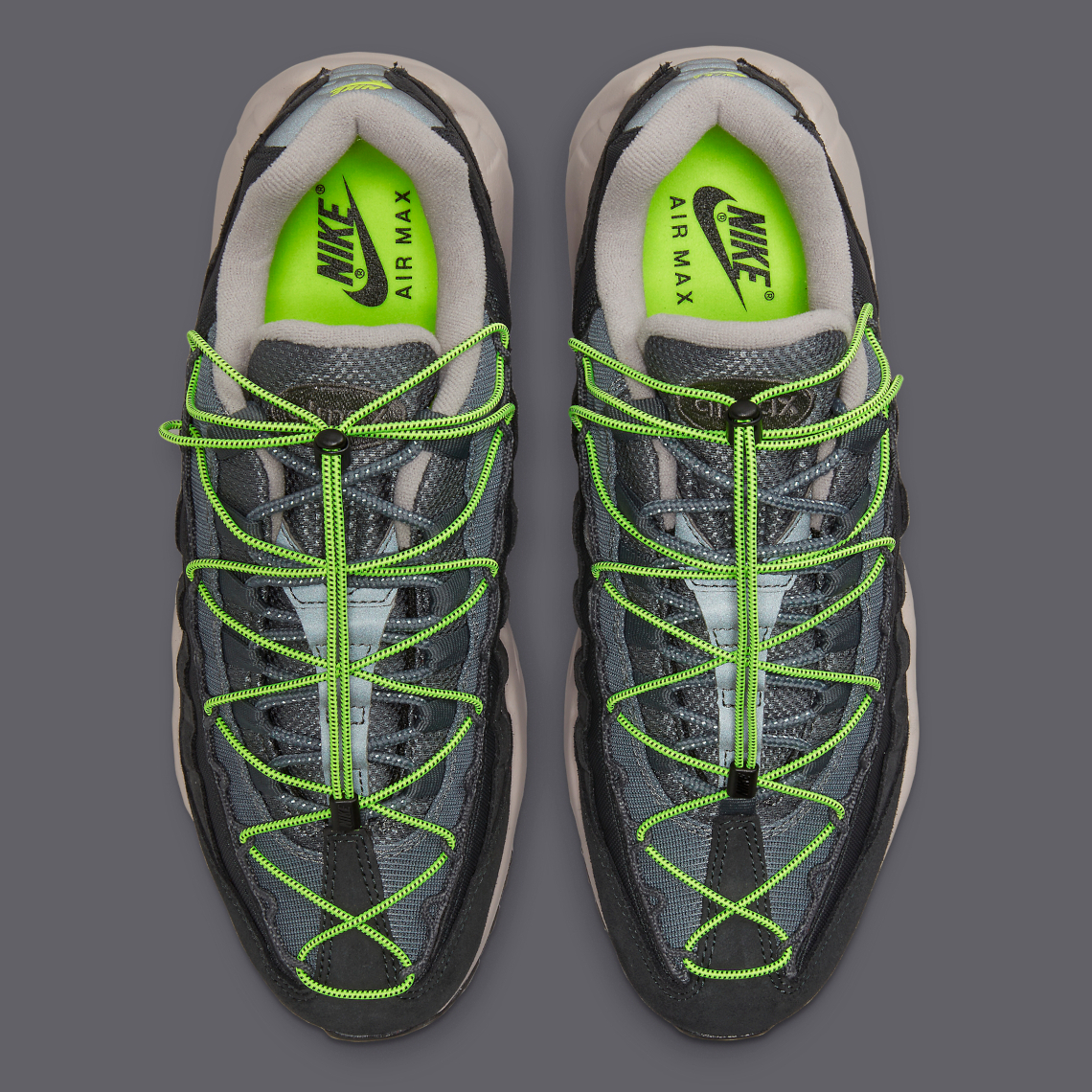 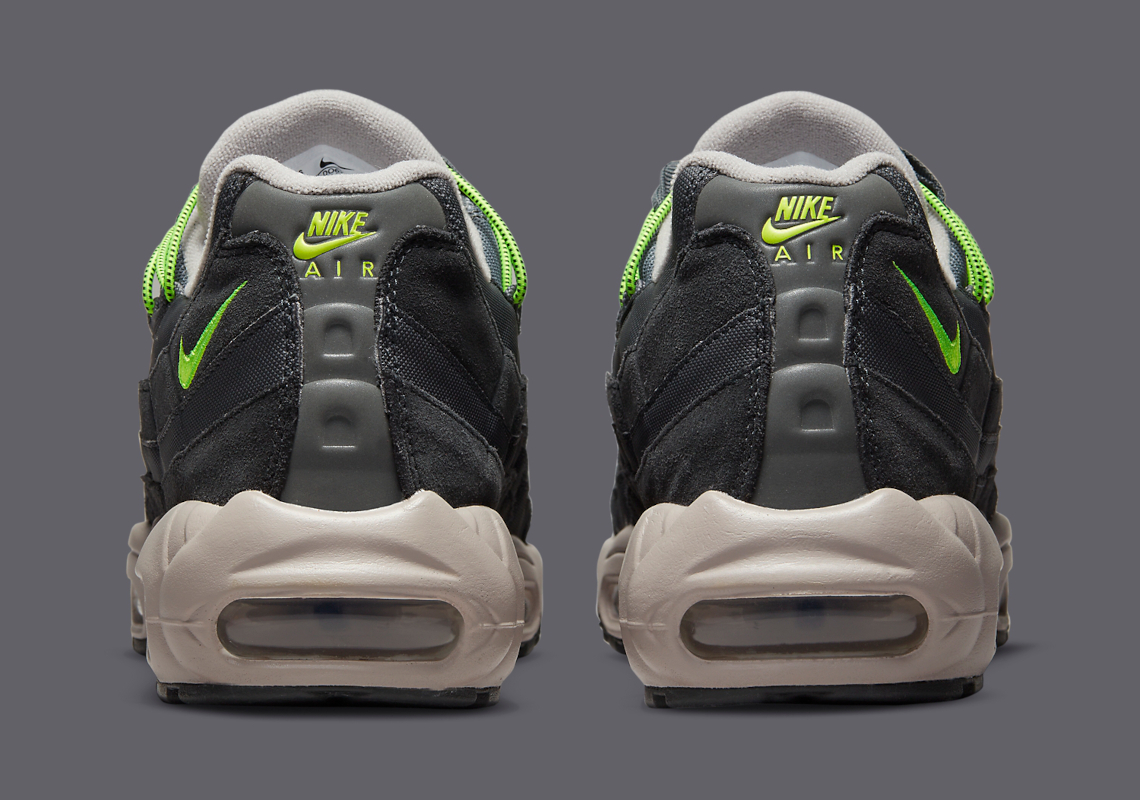 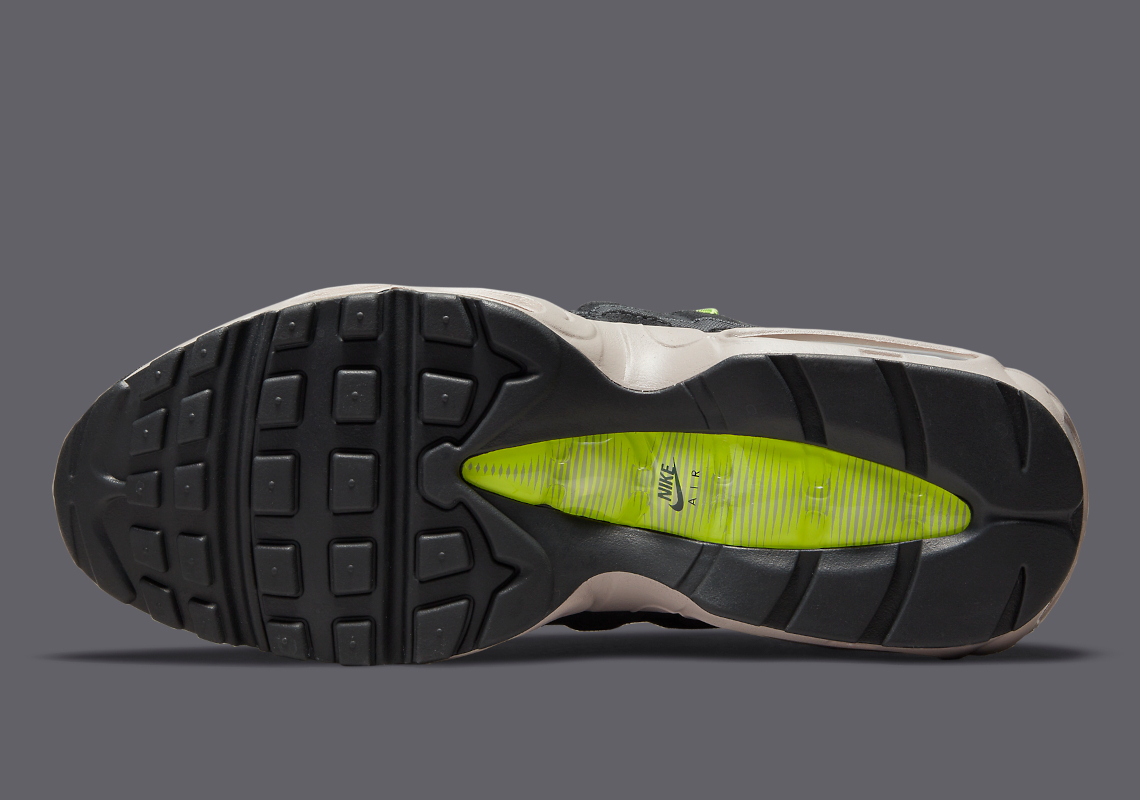 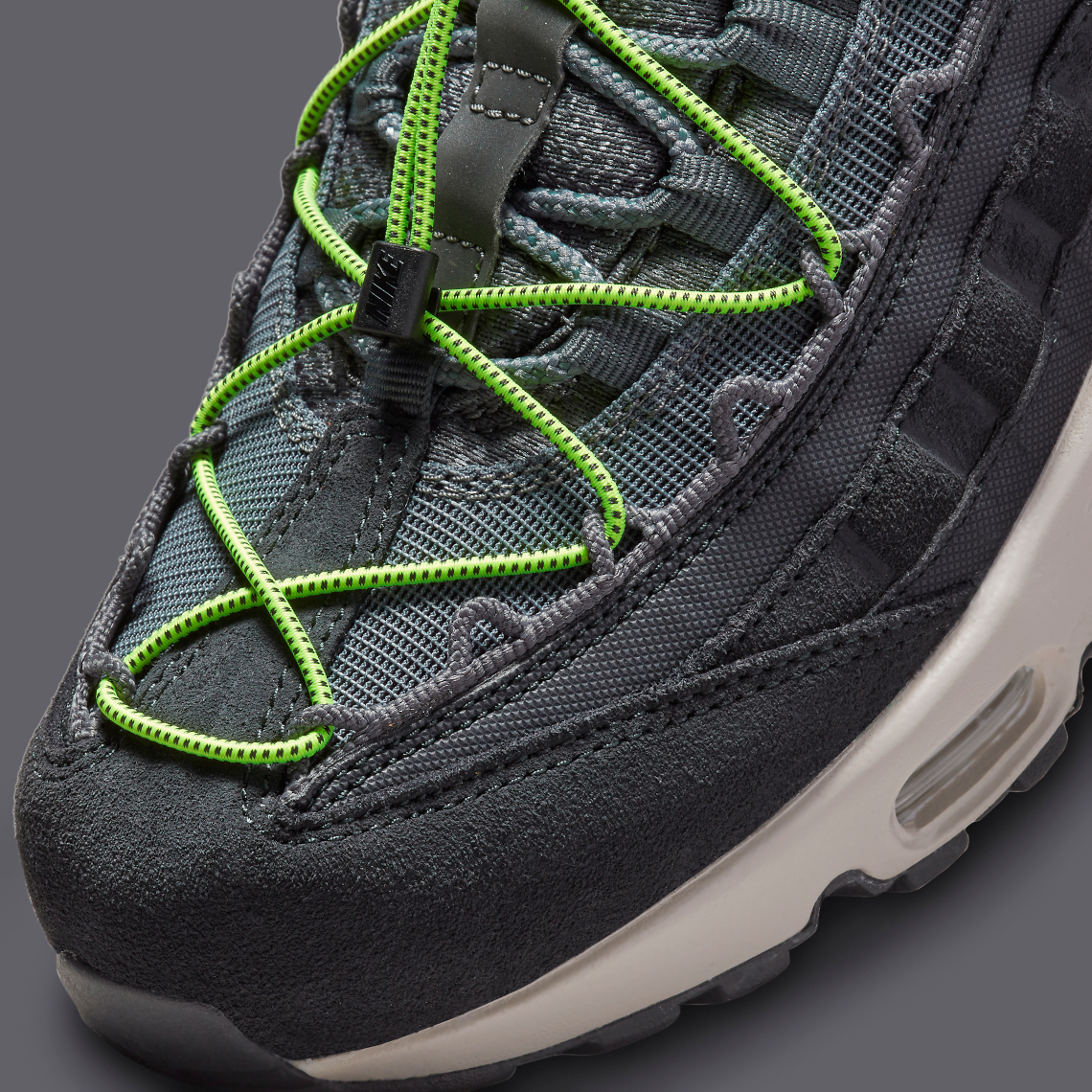 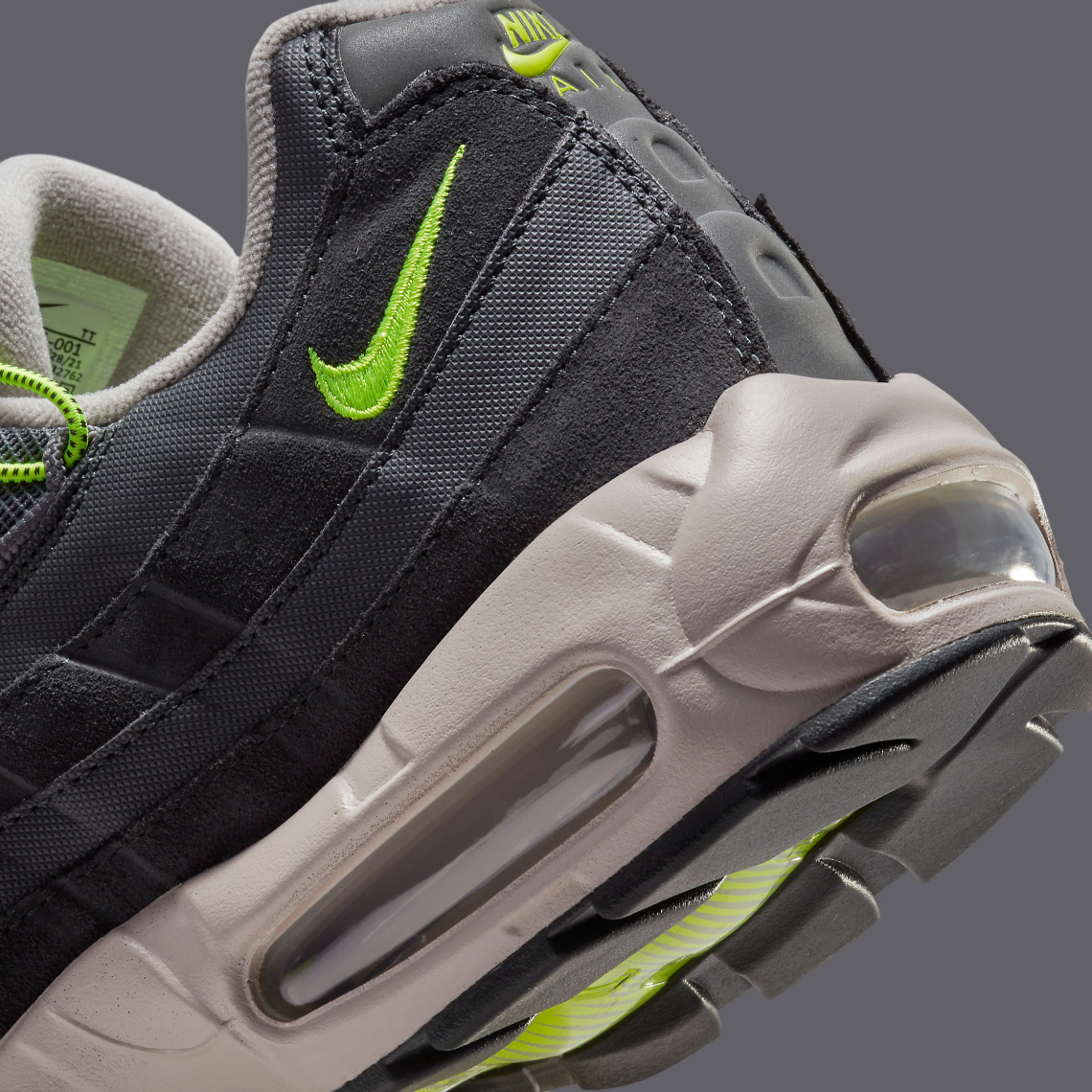 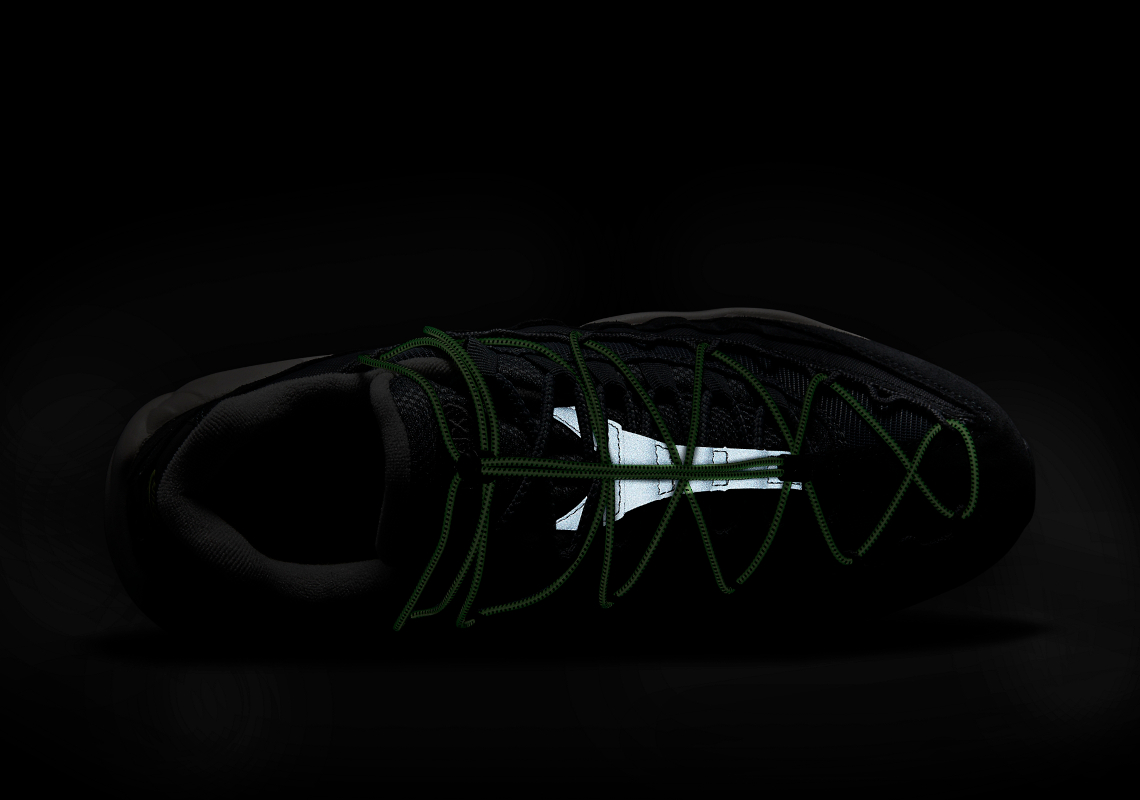