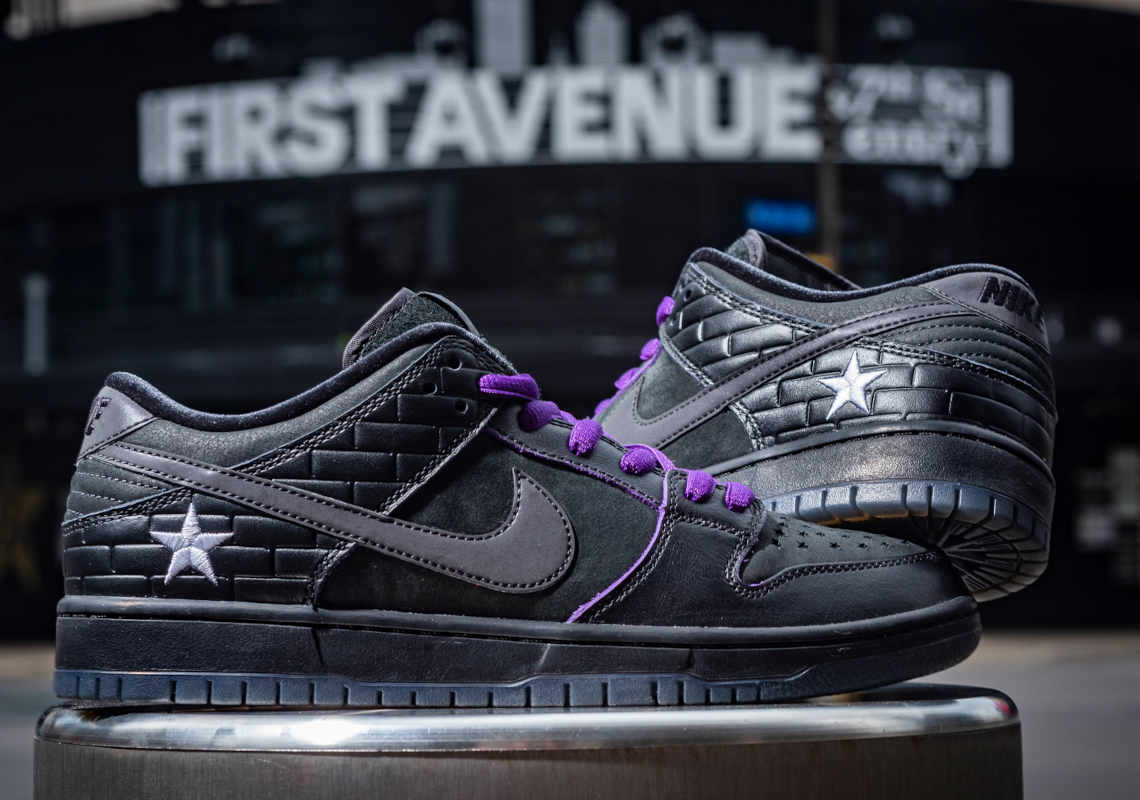 Teased by David Bluetile, owner of an eponymous line of skateboards, over the weekend, the Nike SB Dunk Low by Minneapolis’ Familia Skateshop and First Avenue music venue has been officially confirmed by the collaborators.

Clad in a predominantly “Black” colorway, the skate-ready proposition features a number of grey, “Voltage Purple” and white-colored detailing inspired by one of the “Twin Cities”‘ most iconic institutions for live music. Located on First Avenue and 7th Street Entry, the aptly-named First Avenue locale has been hosting talent the likes of U2, Ray Charles, Sun Ra and many more since opening its doors in 1970. The “danceteria” prides itself on being more than a stage, soundboard and four walls, paying particular attention to independent acts of all levels that’ve surfaced over the last 51 years.

For the Nike Dunk collaboration, both Minneapolis spots have decided for an arrangement that brings the iconic curved building on the corner of the aforementioned address to sneaker form: perforations at the toe box are shaped like stars, mimicking those painted onto the venue’s outside facade; white stars are embroidered onto the lateral heel, which is constructed with a brick-like pattern. Velvet inner-lining delivers comfort to wearers while also resembling the ropes often found outside nightclubs. Sock-liners also contribute to the homage to “Twin Cities” culture given that a purple ticket stub graphic is stamped onto them; an “April 3rd, 1970” date is written on them which likely nods to First Avenue’s opening night.

The Familia x First Avenue x SB Dunk Low will release exclusively at skate-shops through shop-specific raffles, with many of them opening up for local residents on December 9th. Continue ahead to learn where the shoes will be carried, and enjoy photography by Dan Huseby as well.

For more swoosh-branded footwear, check out the Air Max 1, which celebrates its 35th anniversary in 2022. 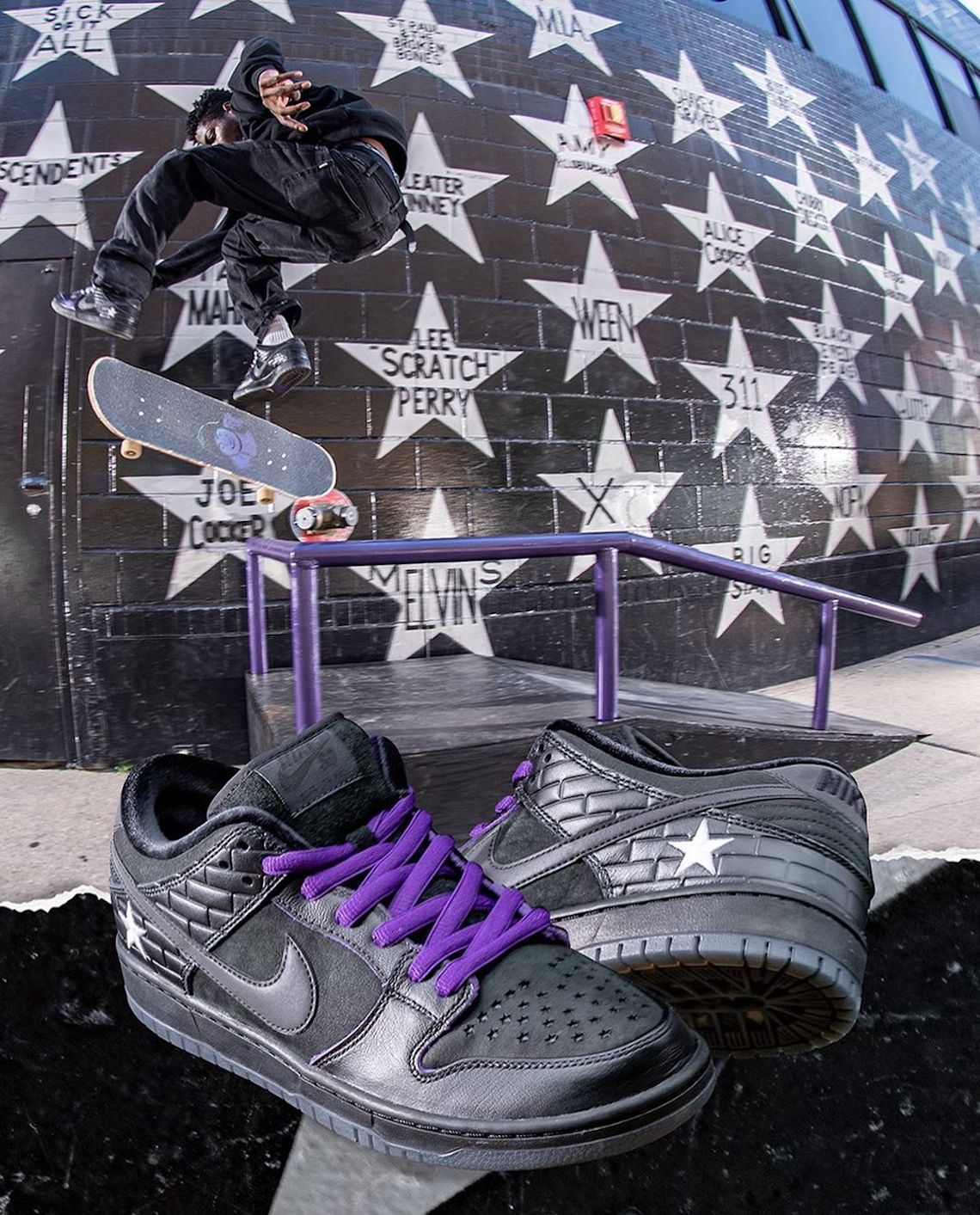 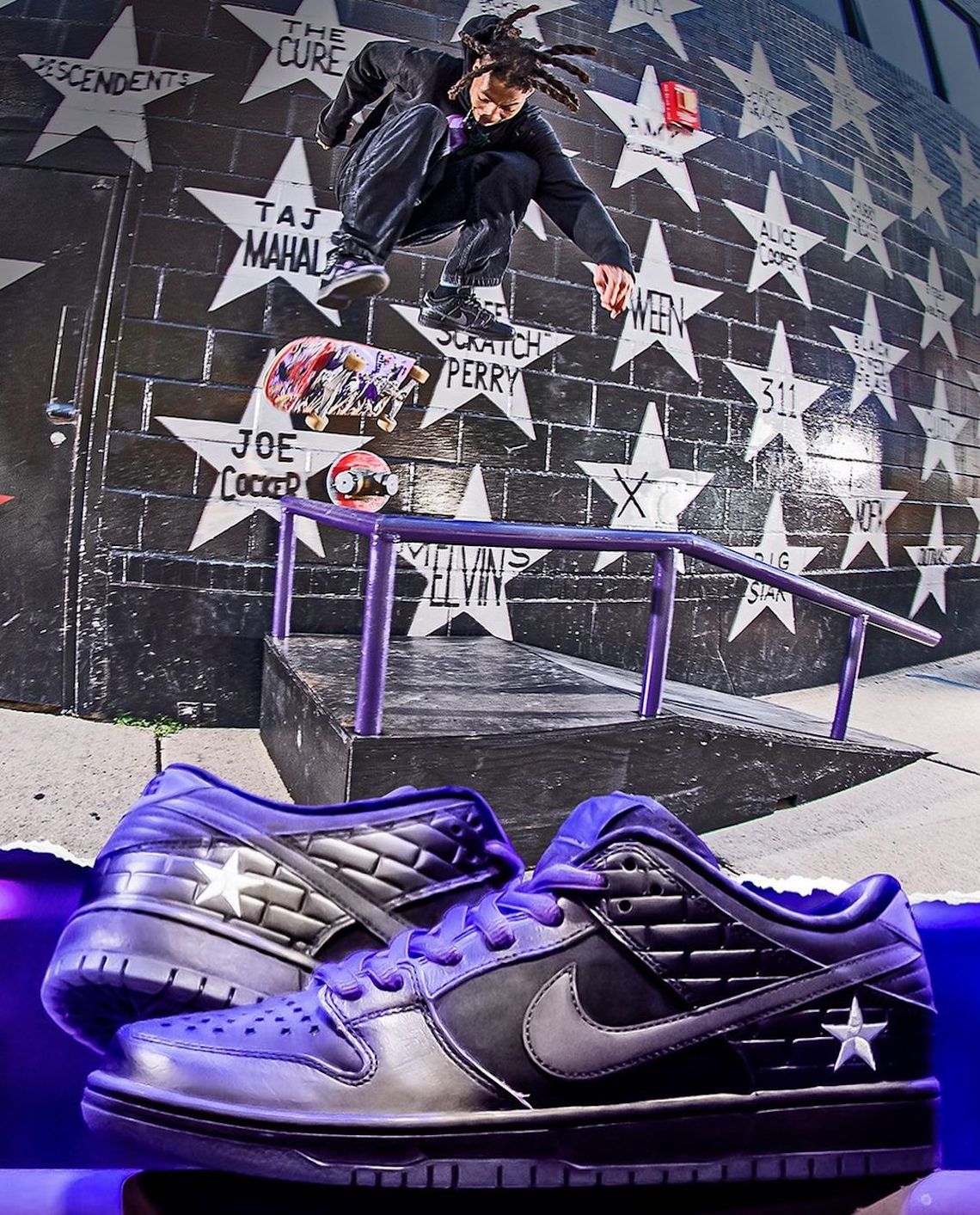