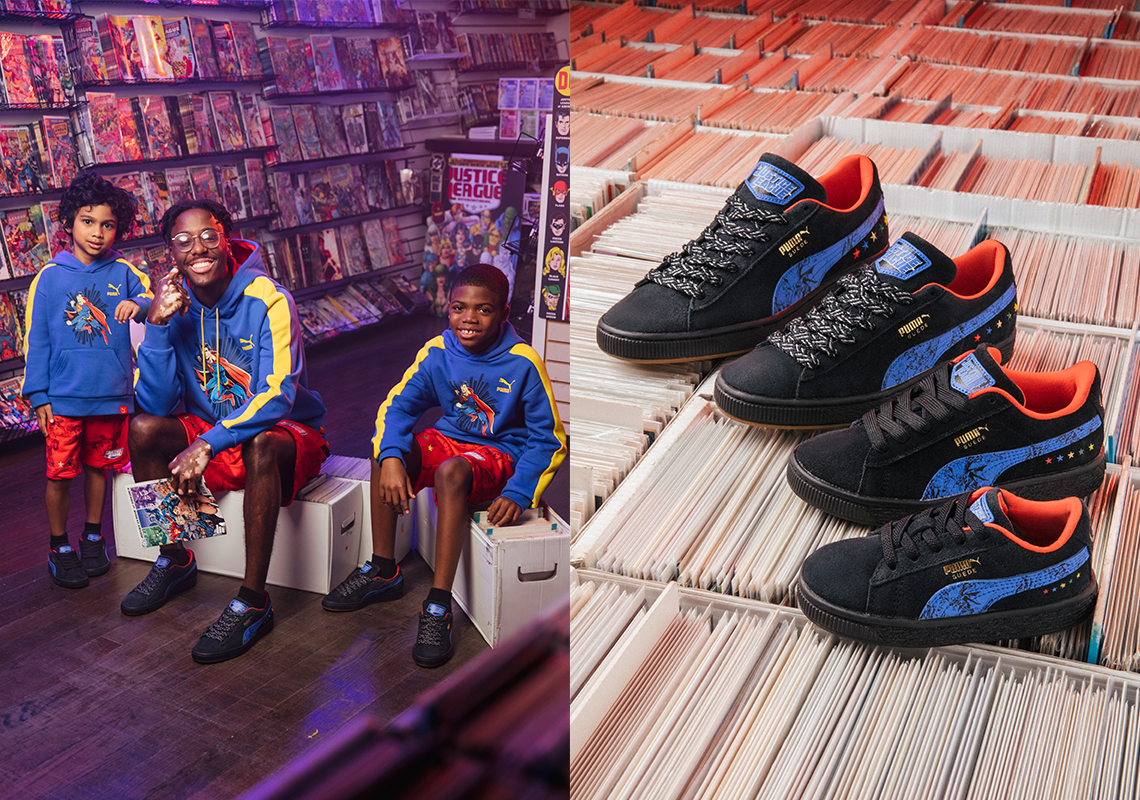 These days, comic book characters are now an everyday part of conversation, no longer the nerdy hobby they were once considered years prior. And while the DCEU has garnered flack for its controversial live action adaptations, the universe is still growing in fans by the day. Soon, we’ll even see a series of commemorative wearables, as PUMA joins forces with the Justice League to offer up the first of what will likely become many collections.

The Justice League’s most beloved heroes jump off the page and onto new canvases. Apparel, which arrive in both kids and adult sizes, feature cameos from Superman, Batman, and Wonder Woman, all three of which dress hoodies as well as shorts and sweatpants.

Currently, only one footwear option — the Puma Suede — will be available upon the capsule’s release, its colorway more a nod to the Dark Knight. Cape and all, the vigilante stands across the blue-dyed formstripe, his figure printed in black much like the suede base, lace unit, and midsole. Elsewhere, red accents the collar, “JUSTICE LEAGUE” branding marks the tongue, and colored stars stamp across the heel in nod to the league’s other members.

For a closer look at the entire collection, see below. Both the apparel and footwear is set to release January 27th at PUMA.com as well as the PUMA NY flagship. 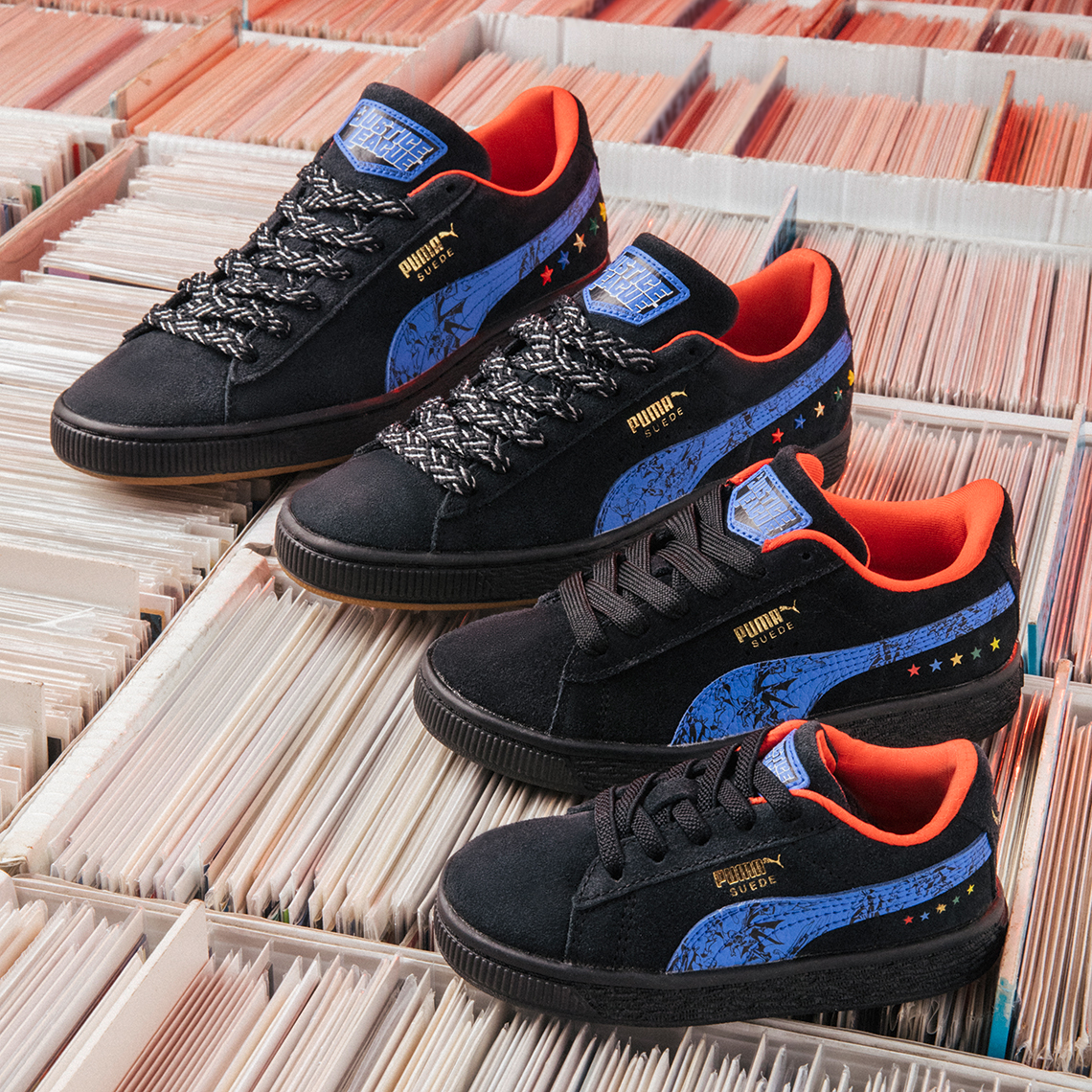 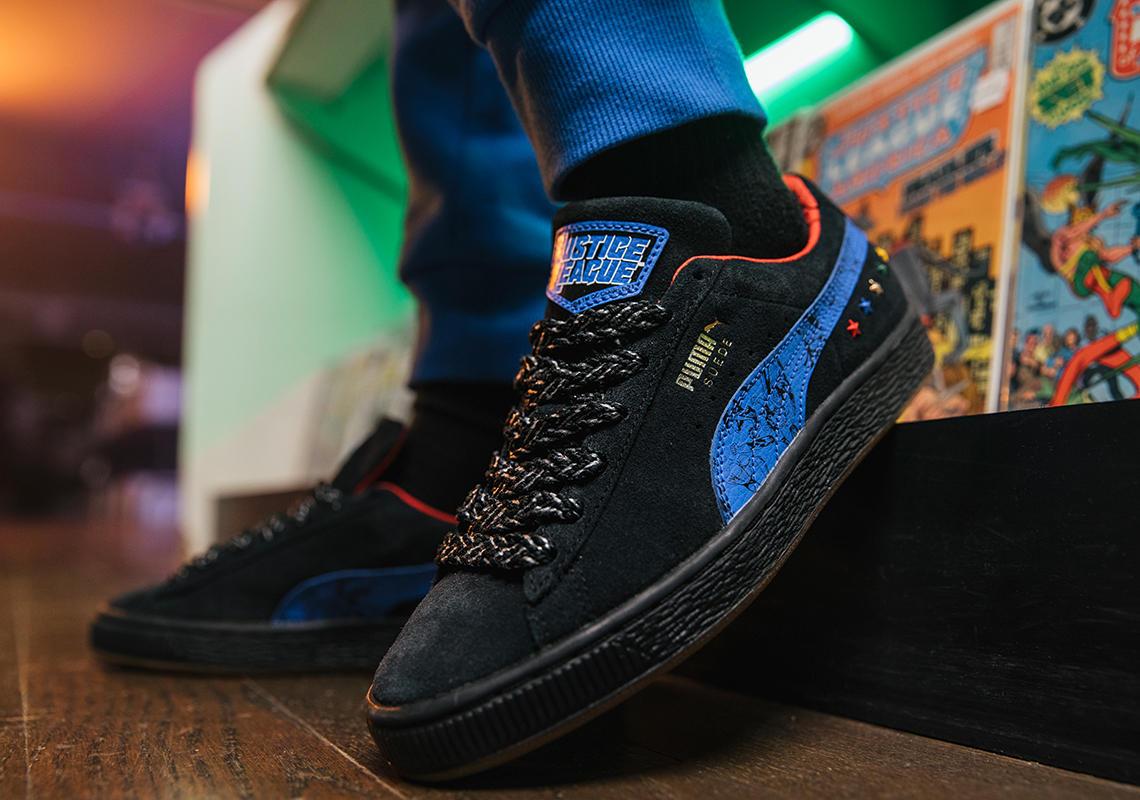 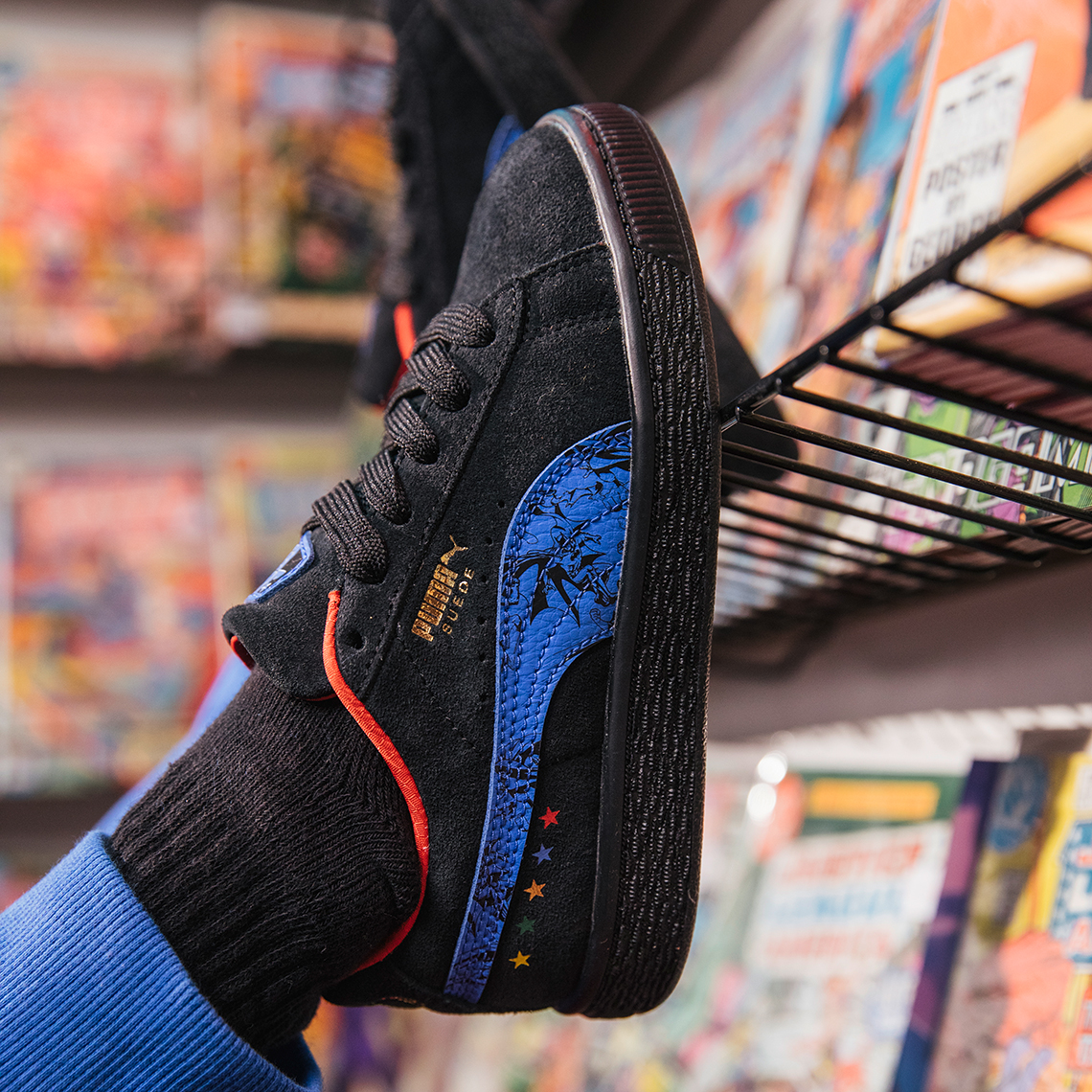 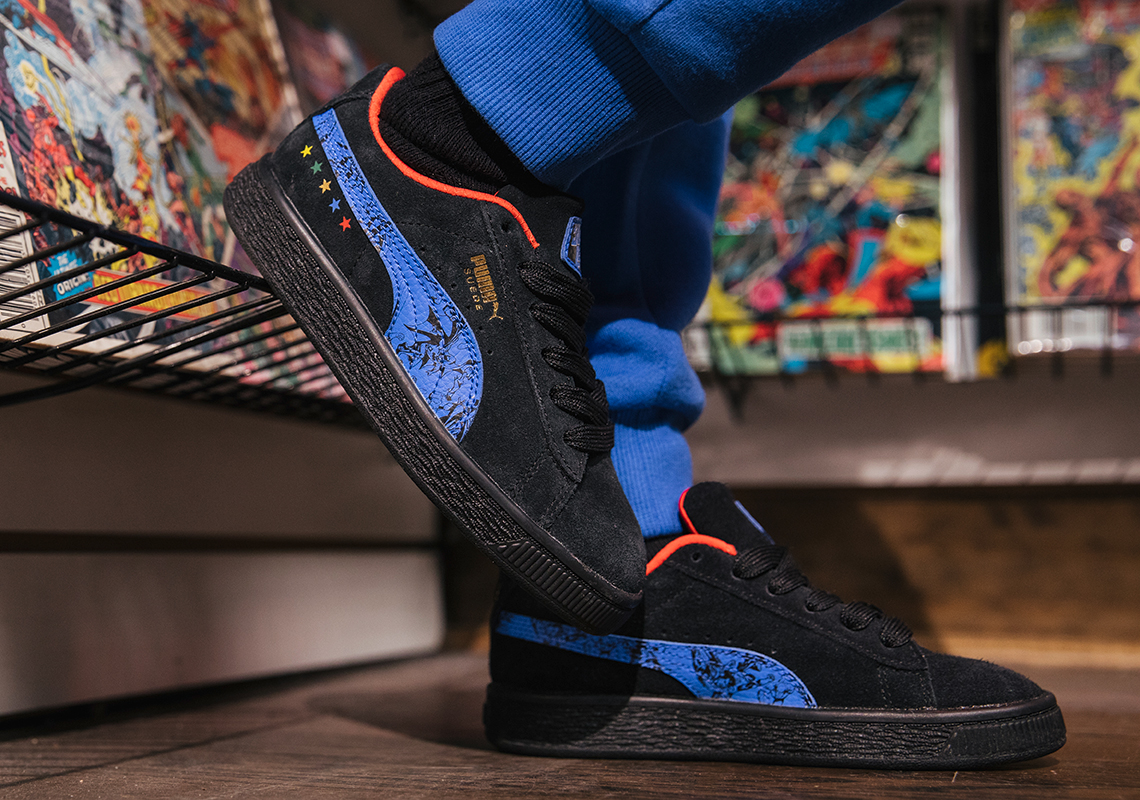 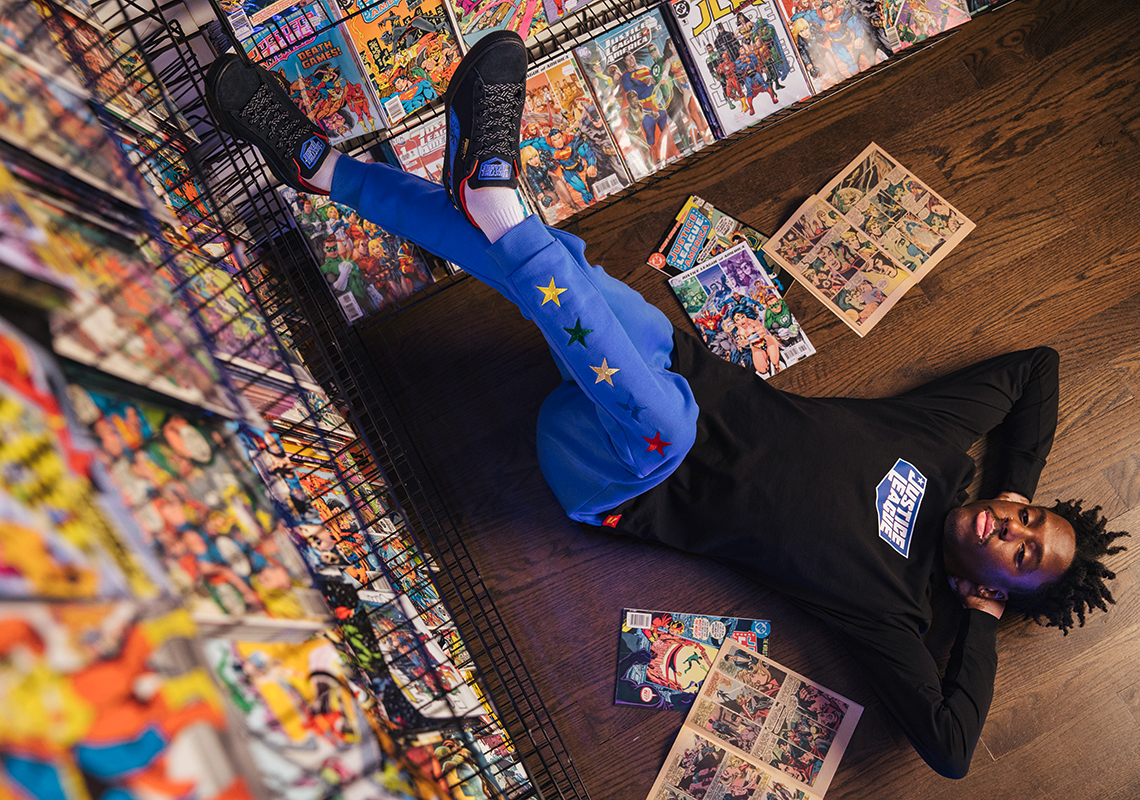 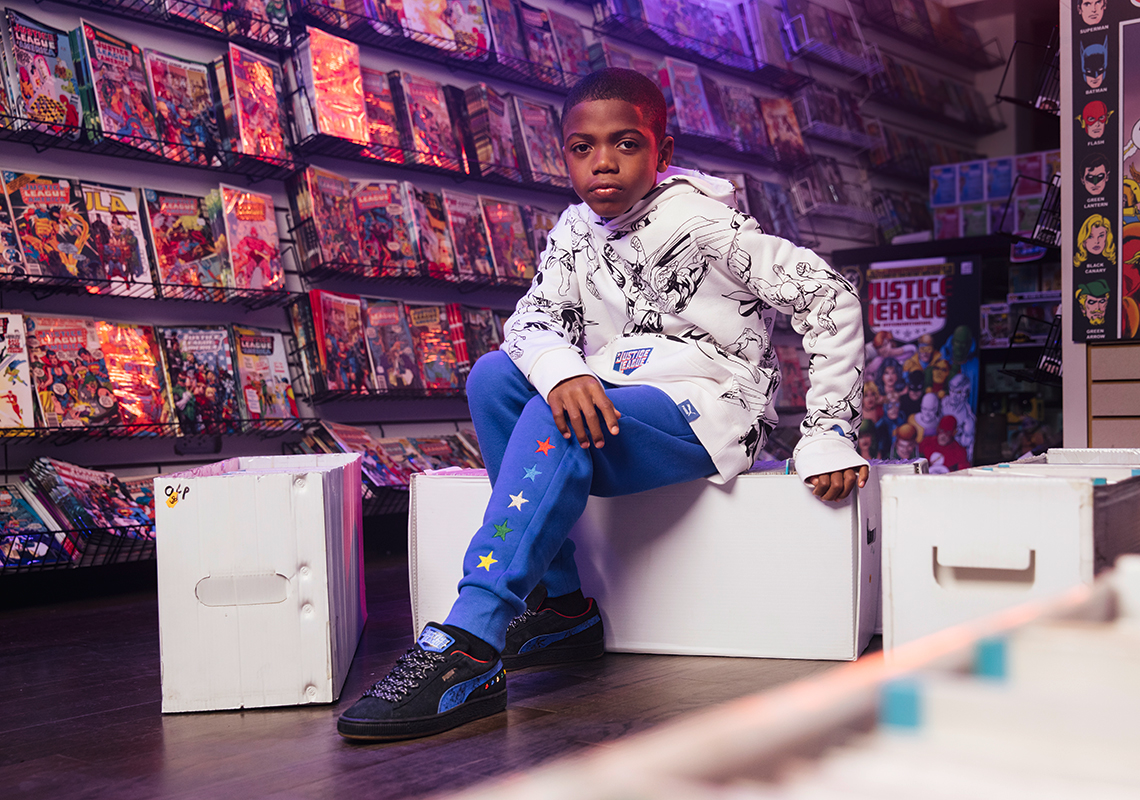 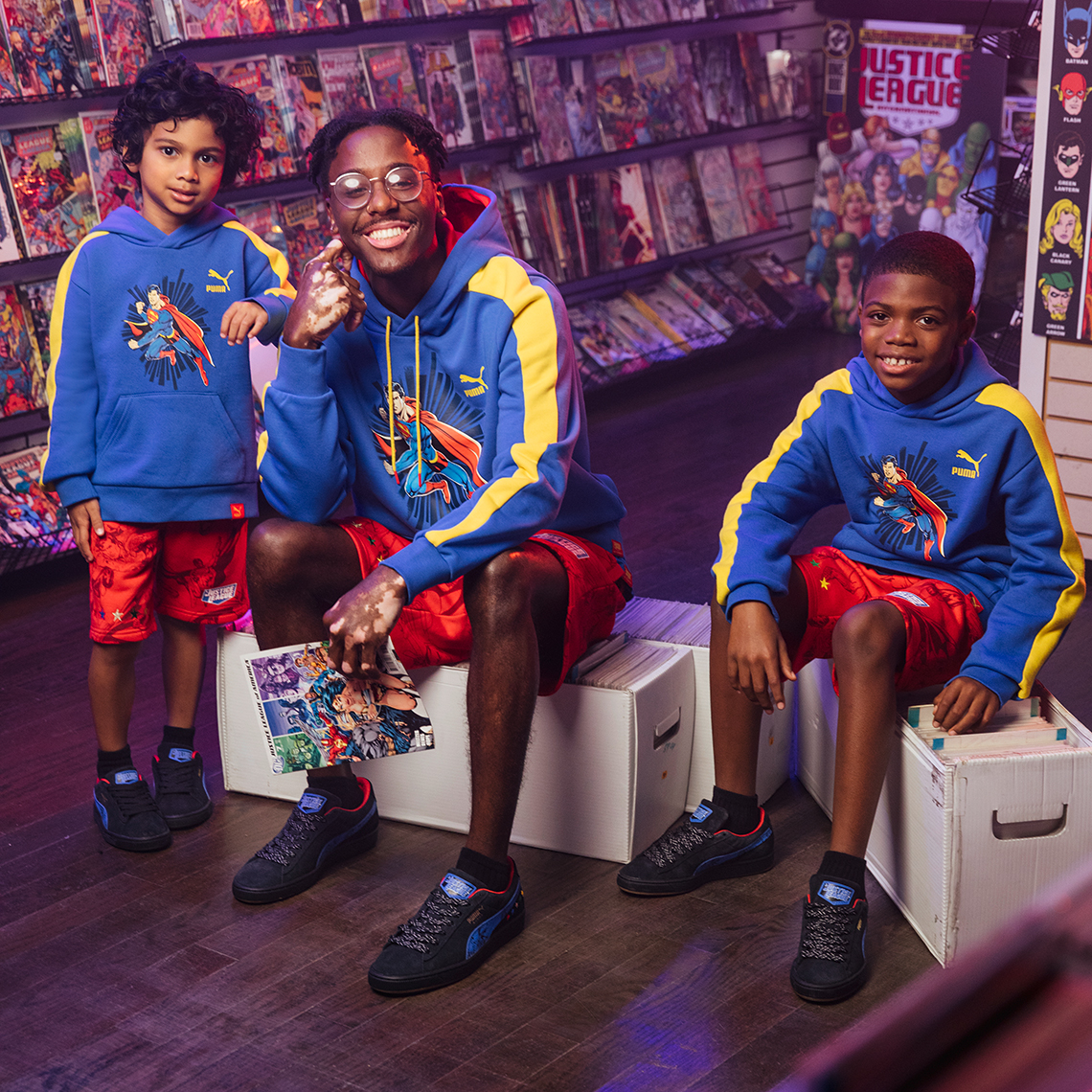 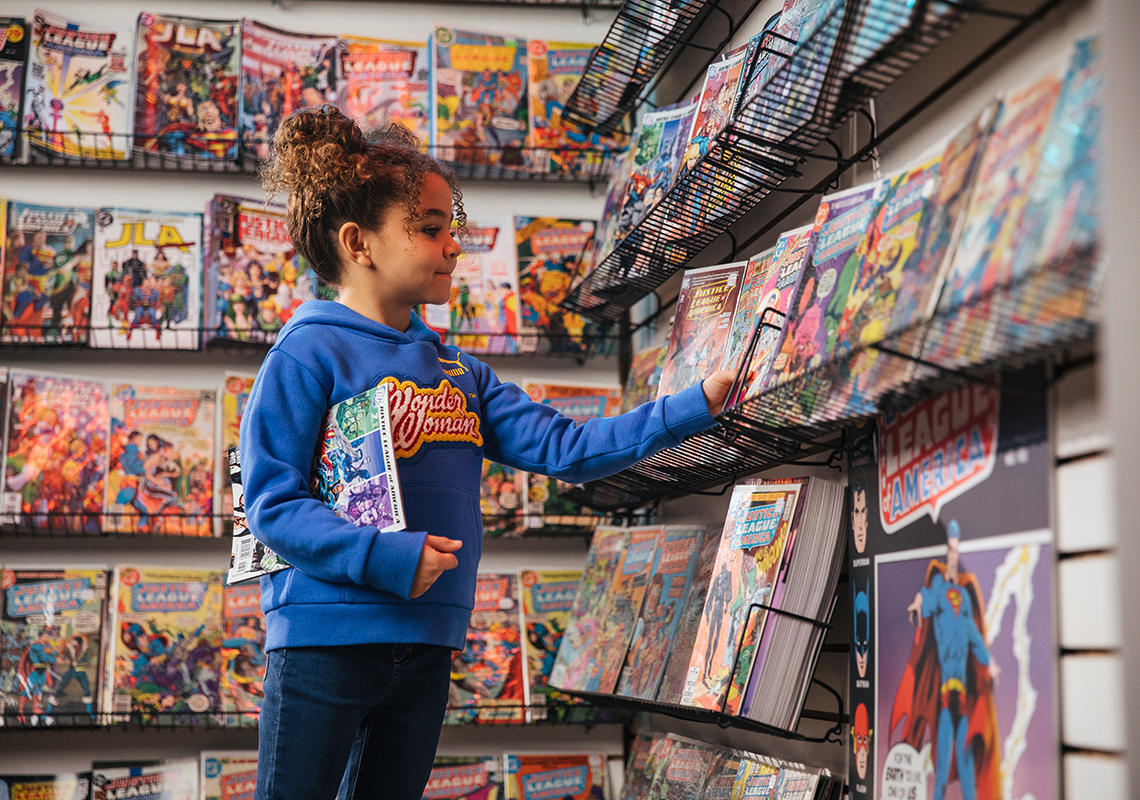 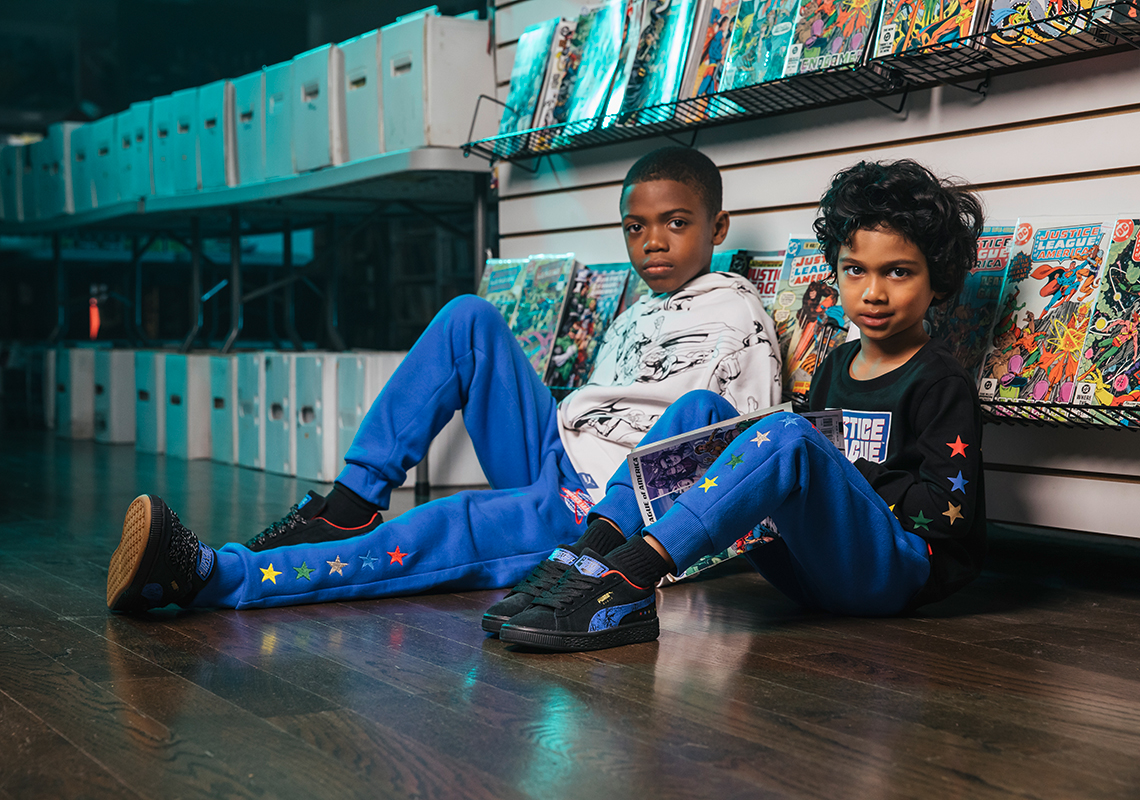