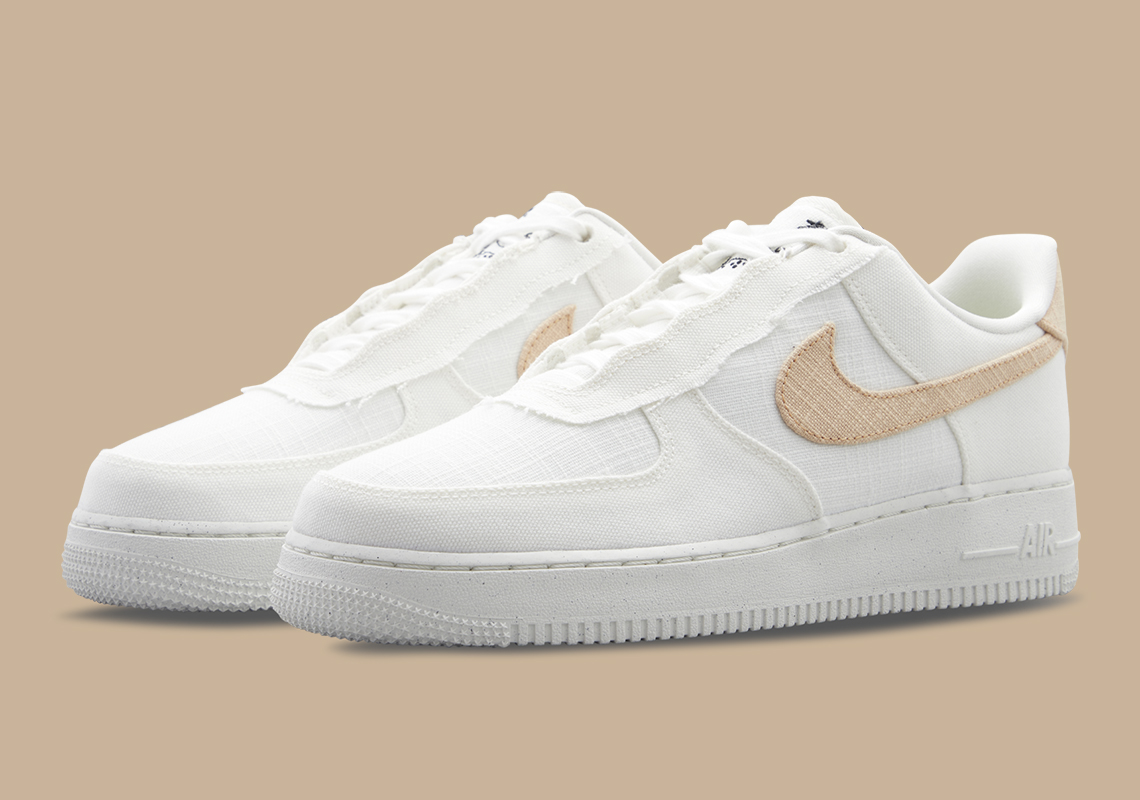 Almost halfway into its 40th anniversary, the Nike Air Force 1 Low has left much to be desired in terms of high-profile collaborations and special editions. Bruce Kilgore’s iconic silhouette, however, has unveiled more than a dozen compelling general colorways, with the latest joining the Swoosh’s sustainability efforts.

While relatively simple in color combination, the newly-surfaced pair reimagines the made-for-basketball design from 1982 with lightweight, but durable textile and fabrics. With the exception of the profile swooshes and upper heel panels, the latest Air Force 1 indulges in a “White” hue that harkens back to the original “presidential” pair that dropped and captivated audiences in Baltimore and elsewhere. Instead of leather, however, several parts of the sneaker’s upper are constructed from hemp, which allows for a more eco-friendly proposition without sacrificing style. Palm trees and hammocks on the tongue label seemingly reference the ever-expansive “Sun Club” collection, while “Volt”-colored sock-liners cement the pair as a Next Nature offering. Lastly, the oft-imitated sole units underfoot further reveal the shoes as sustainable given that their speckled arrangement indicates up-cycled materials have been used.

No firm Nike.com release details have been disclosed by the brand, but that’s likely to change as the summer gets going. In the meantime, enjoy official images of the pair ahead.

Elsewhere under the NIKE, Inc. umbrella, the Air Max 97 is celebrating its 25th anniversary. 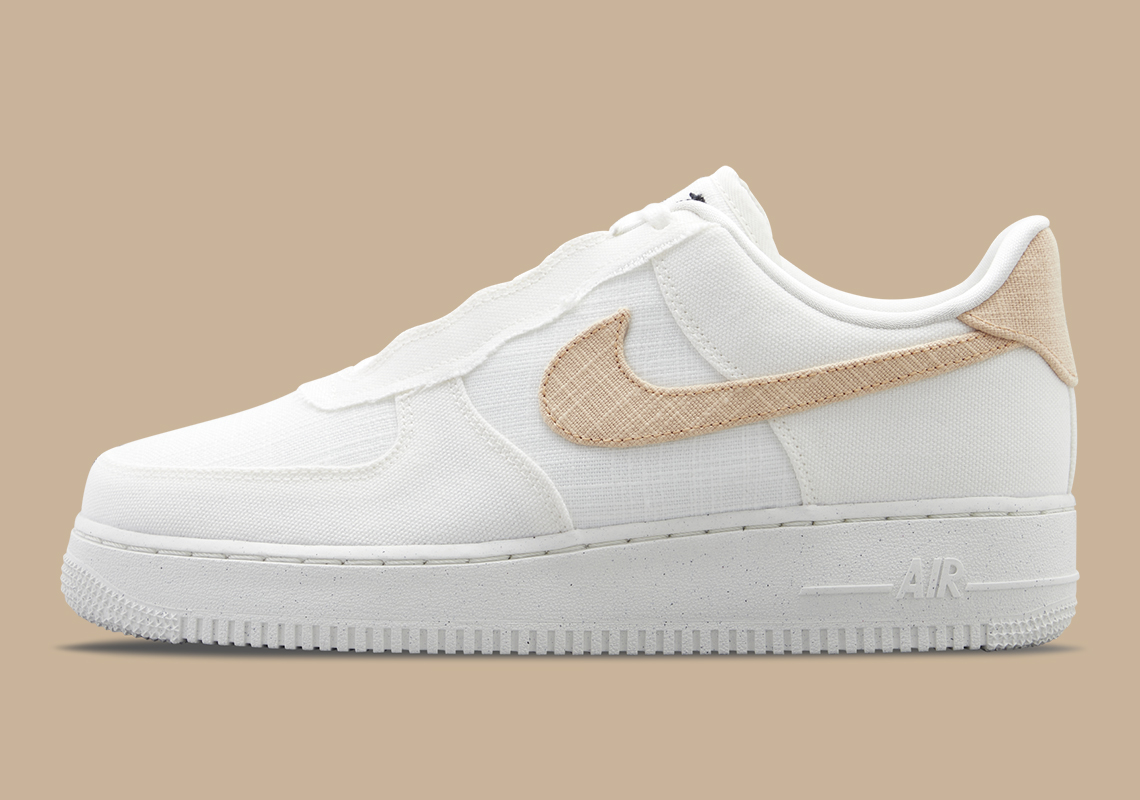 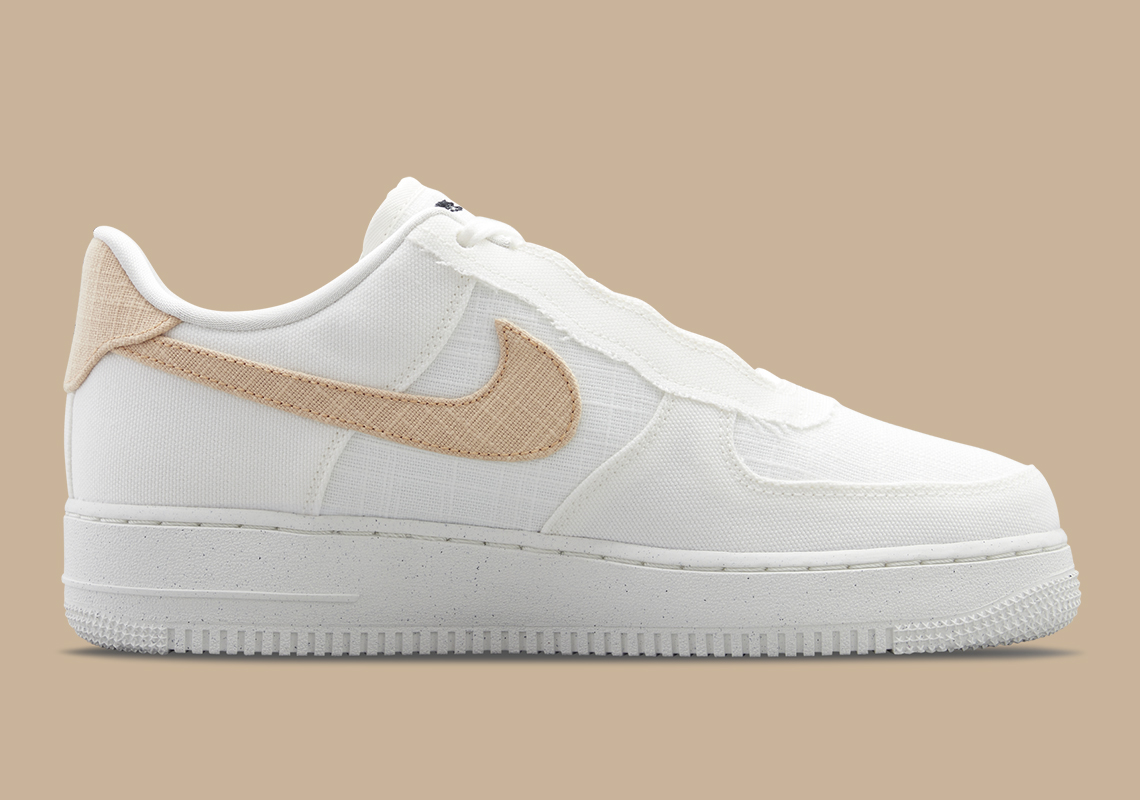 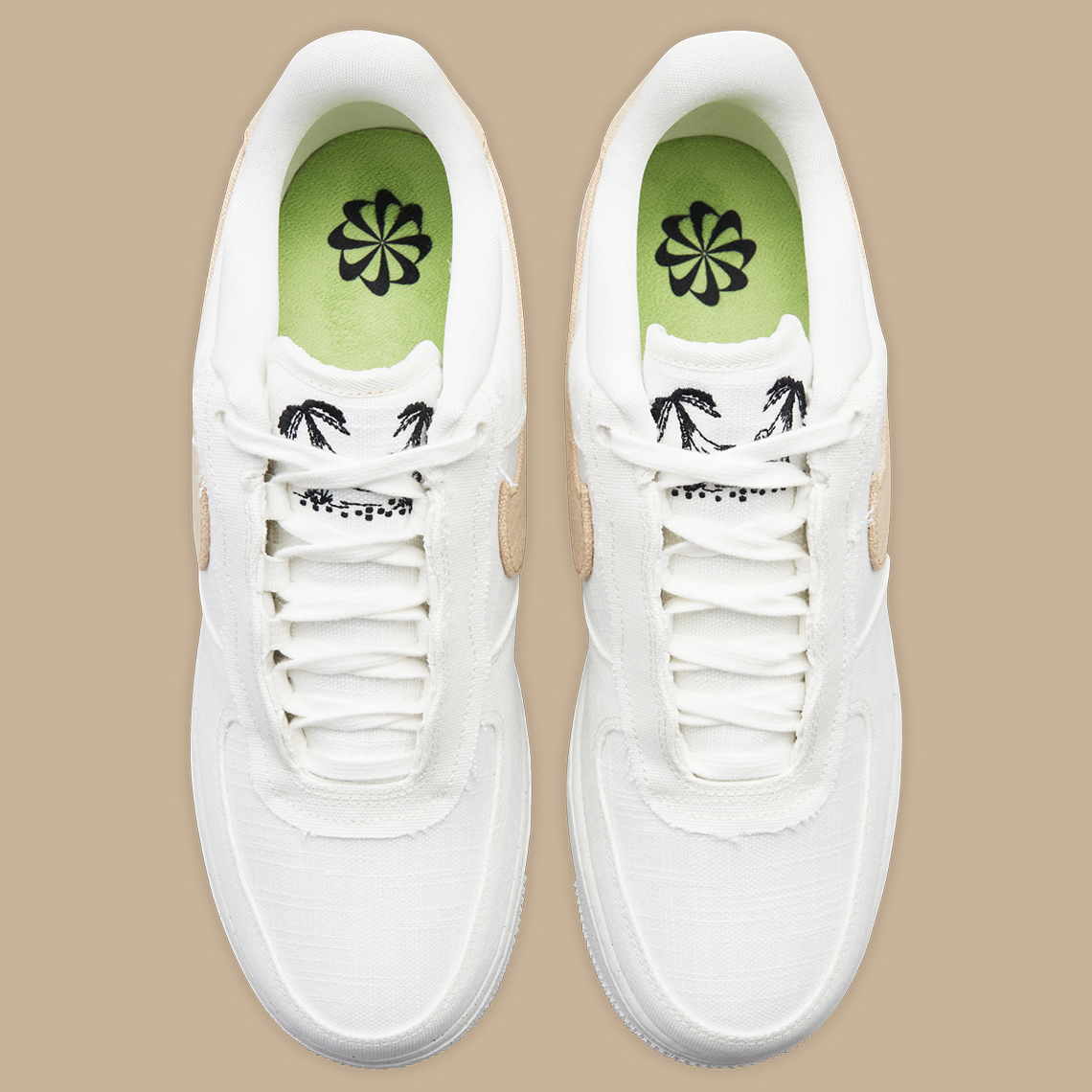 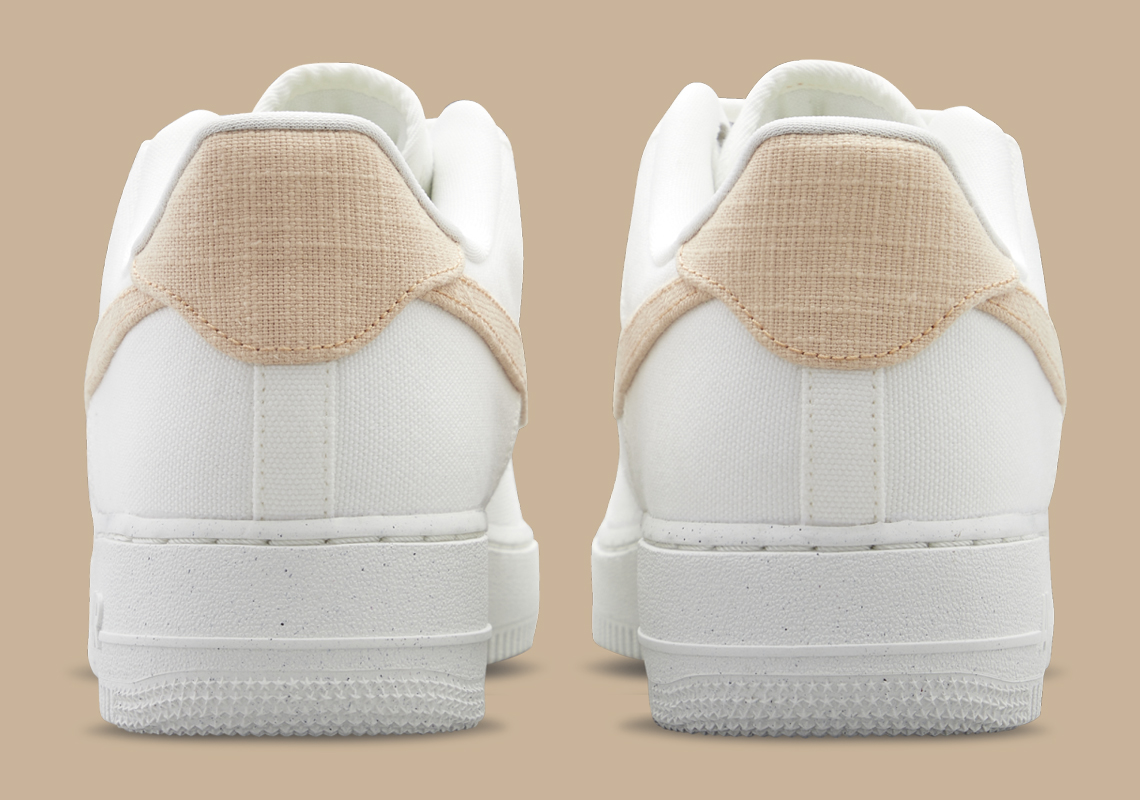 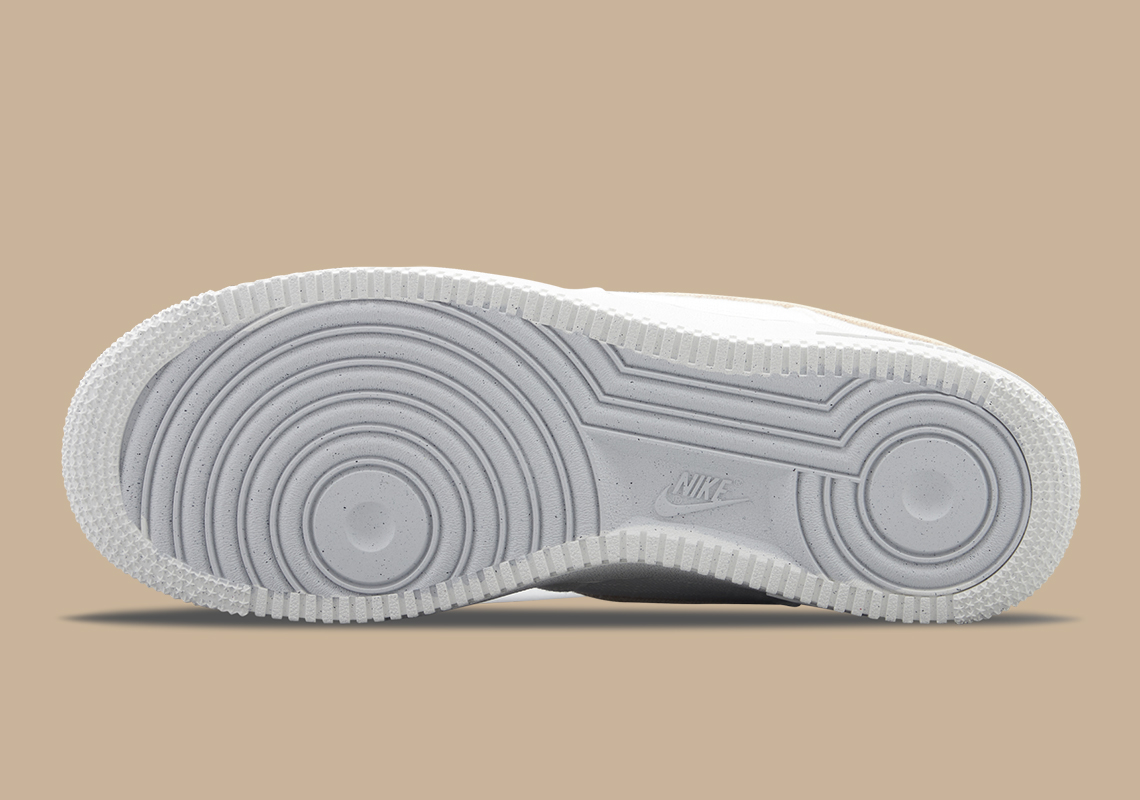 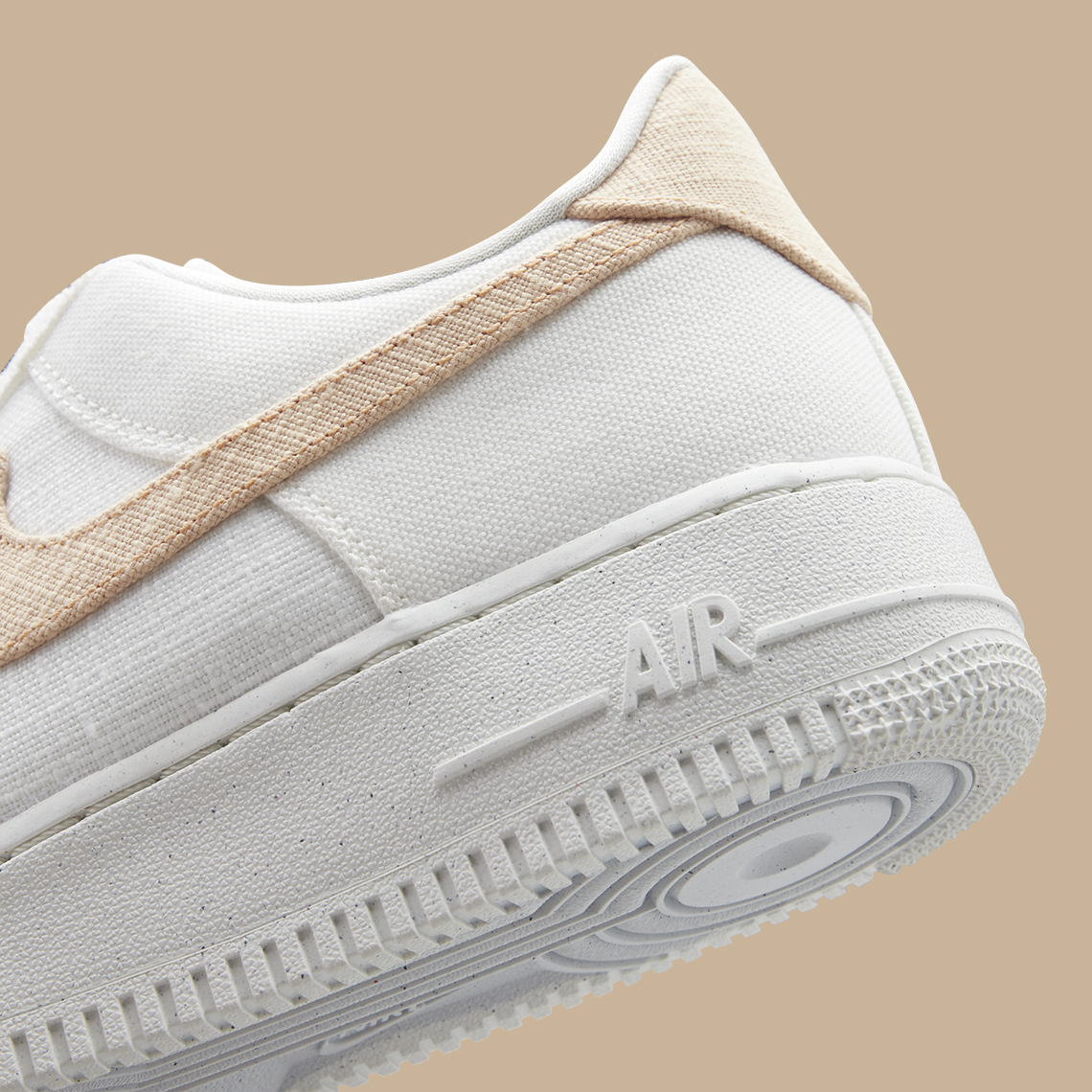 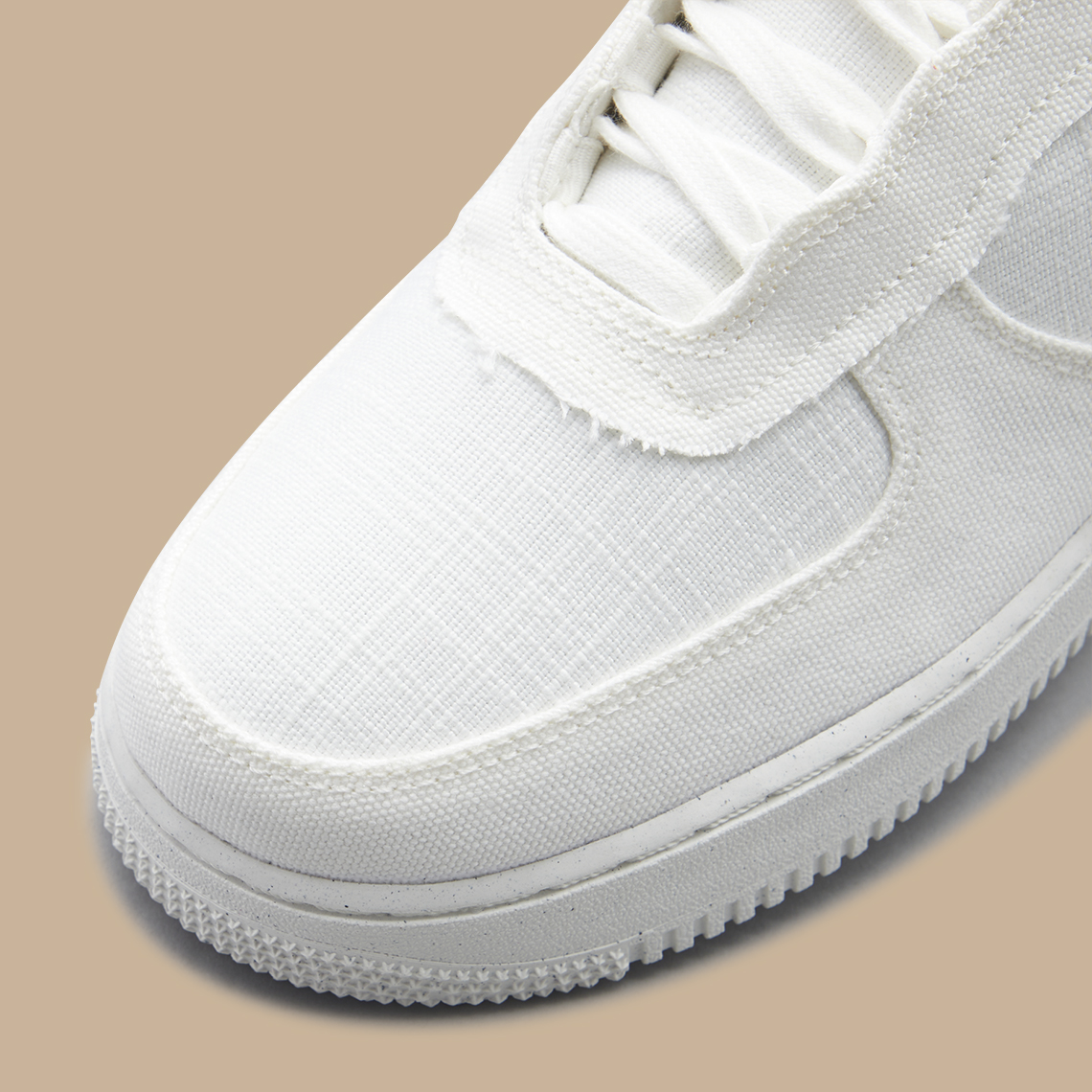