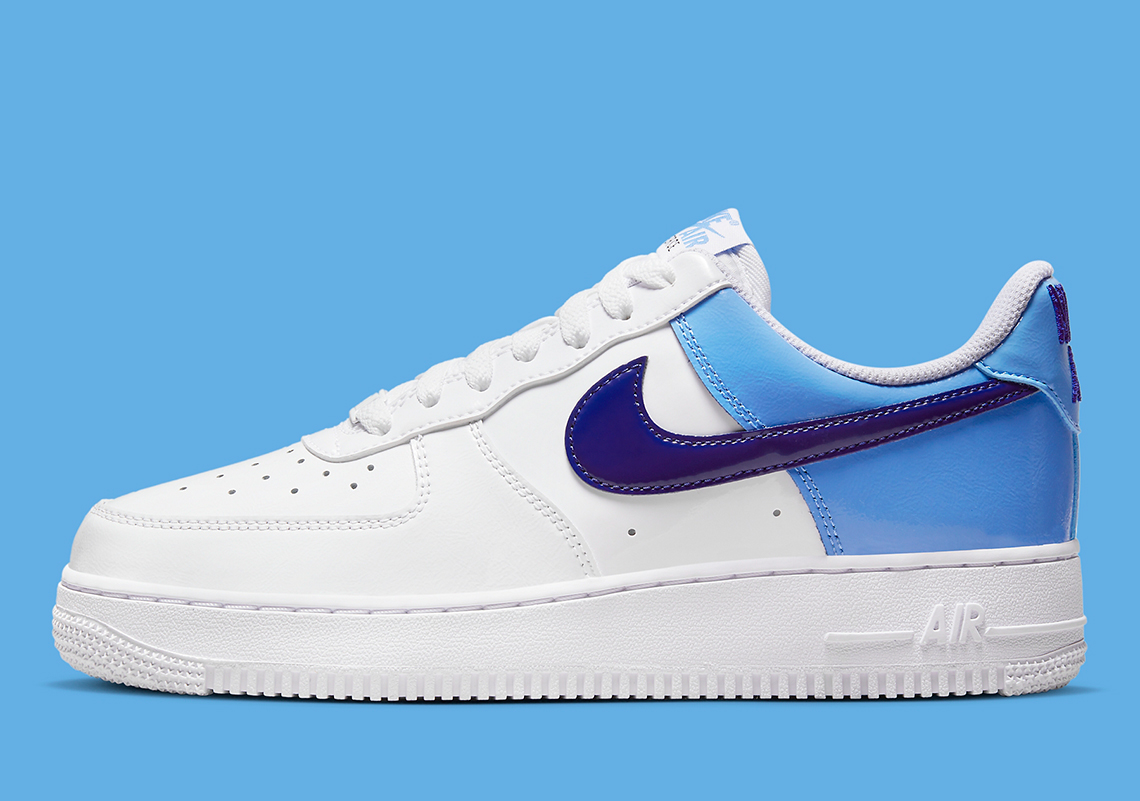 To appropriately celebrate the Air Force 1‘s 40th Anniversary, Nike has dressed up the shoe in many a unique way. And this isn’t exclusive to collaborations, as GRs, too, have dialed things up in the past few months. Case in point: this newly-revealed colorway, which incorporates not just patent leather Swooshes but thick, embroidered branding.

What starts as a rather ordinary colorway, replete with white leathers and matching trappings, quickly turns into one shaded predominantly in blue. These shades are relegated primarily to the heel: dark navy hits mark the patent leather Swoosh and the heel tab’s “NIKE AIR” — the latter of which is threaded in a thicker, 3D style — while lighter, UNC-reminiscent shades dress the leathers behind. Elsewhere, both the dark and bright cool tone are used once again, highlighting the logo on the tongue and sockliner, respectively.

For a closer, official look at this upcoming Air Force 1, peep the official images below. Sizes should load up on Nike.com and at select retailers soon, so sit tight.

In other news, the Air Jordan 4 Infrared is finally releasing this week. 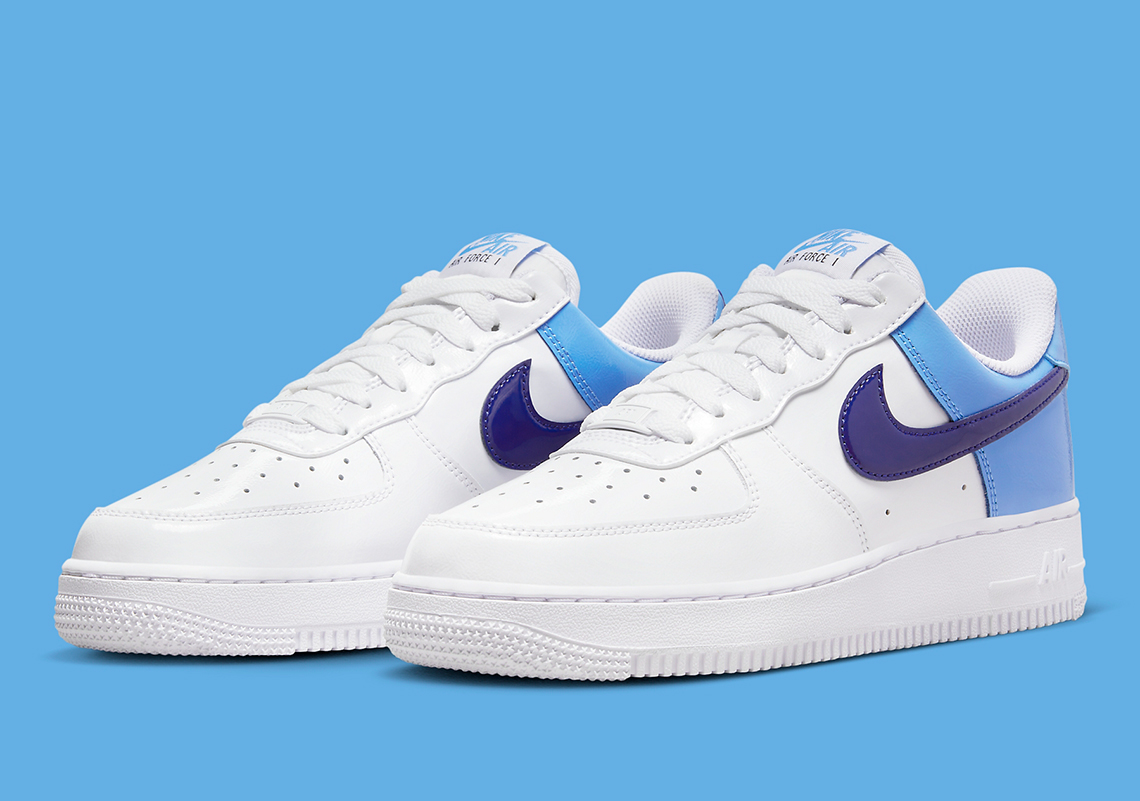 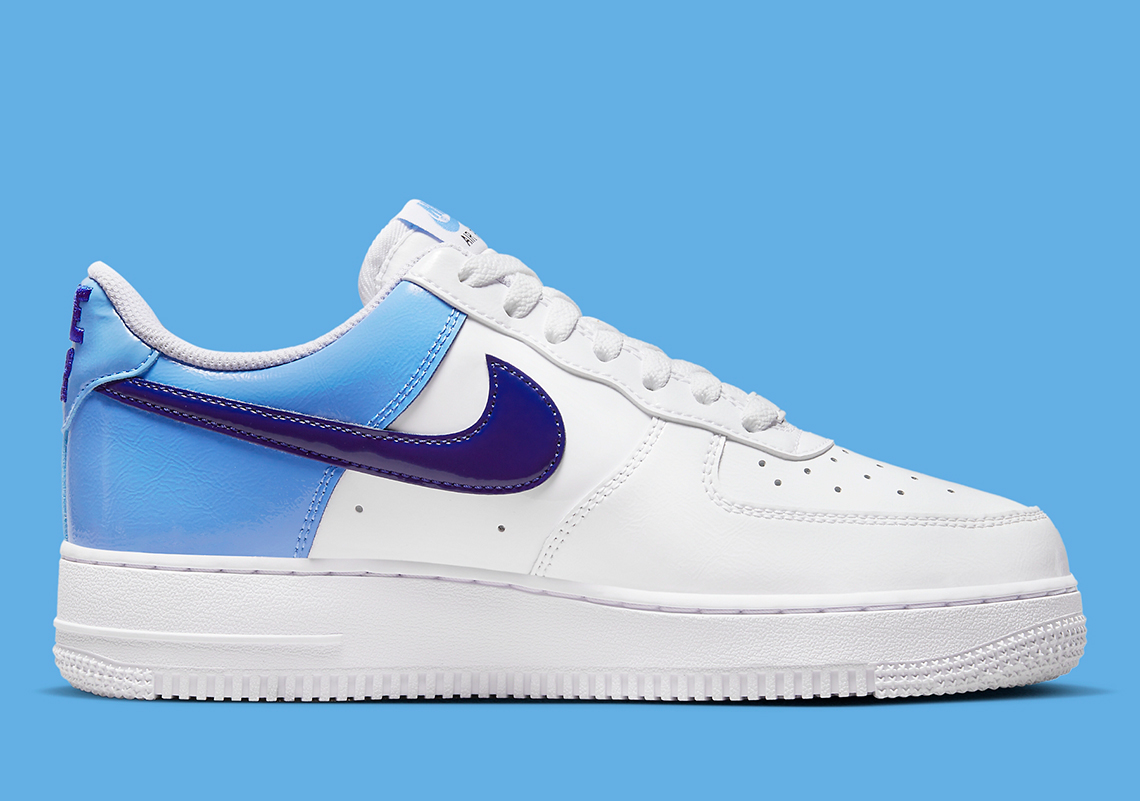 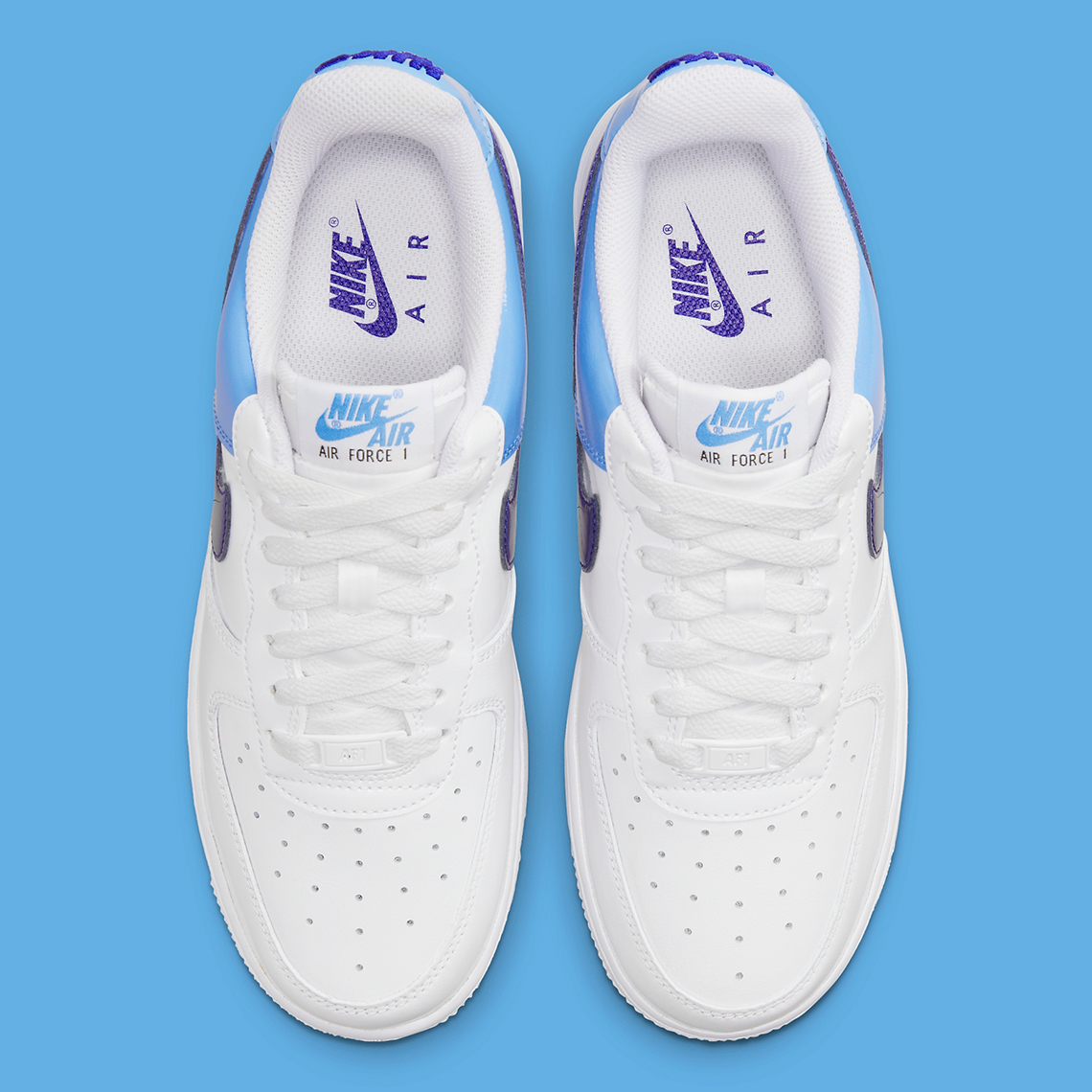 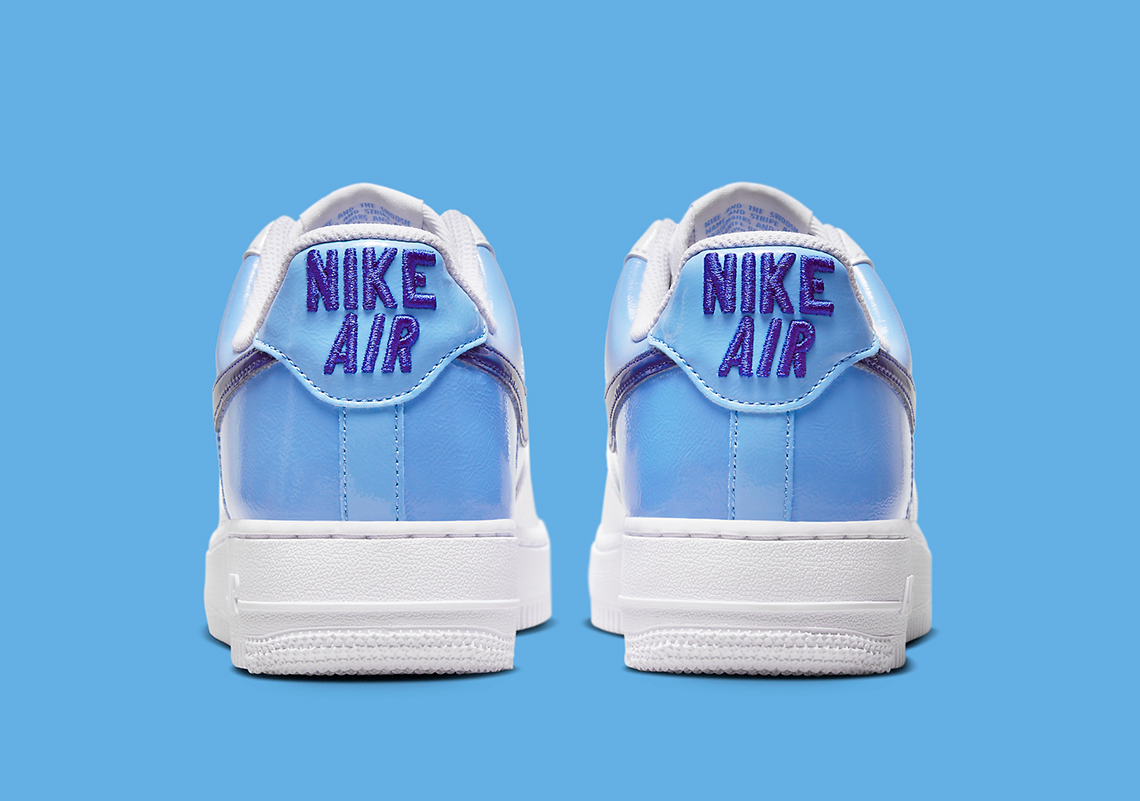 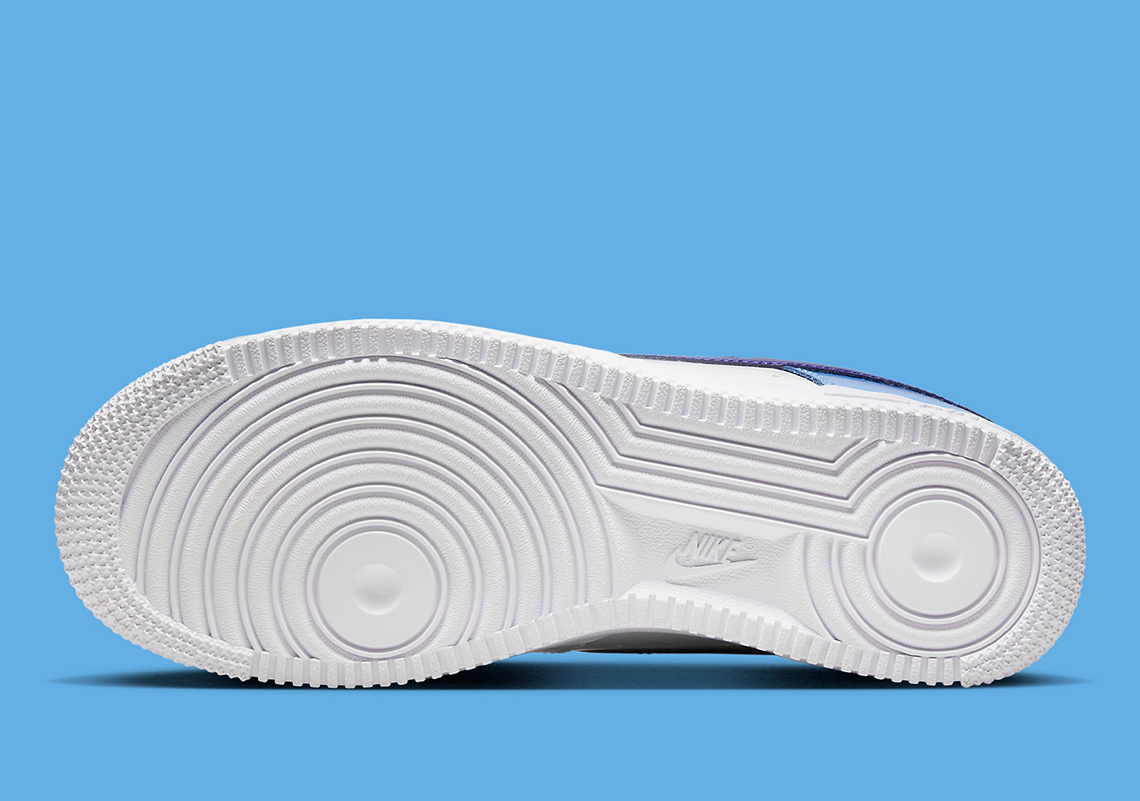 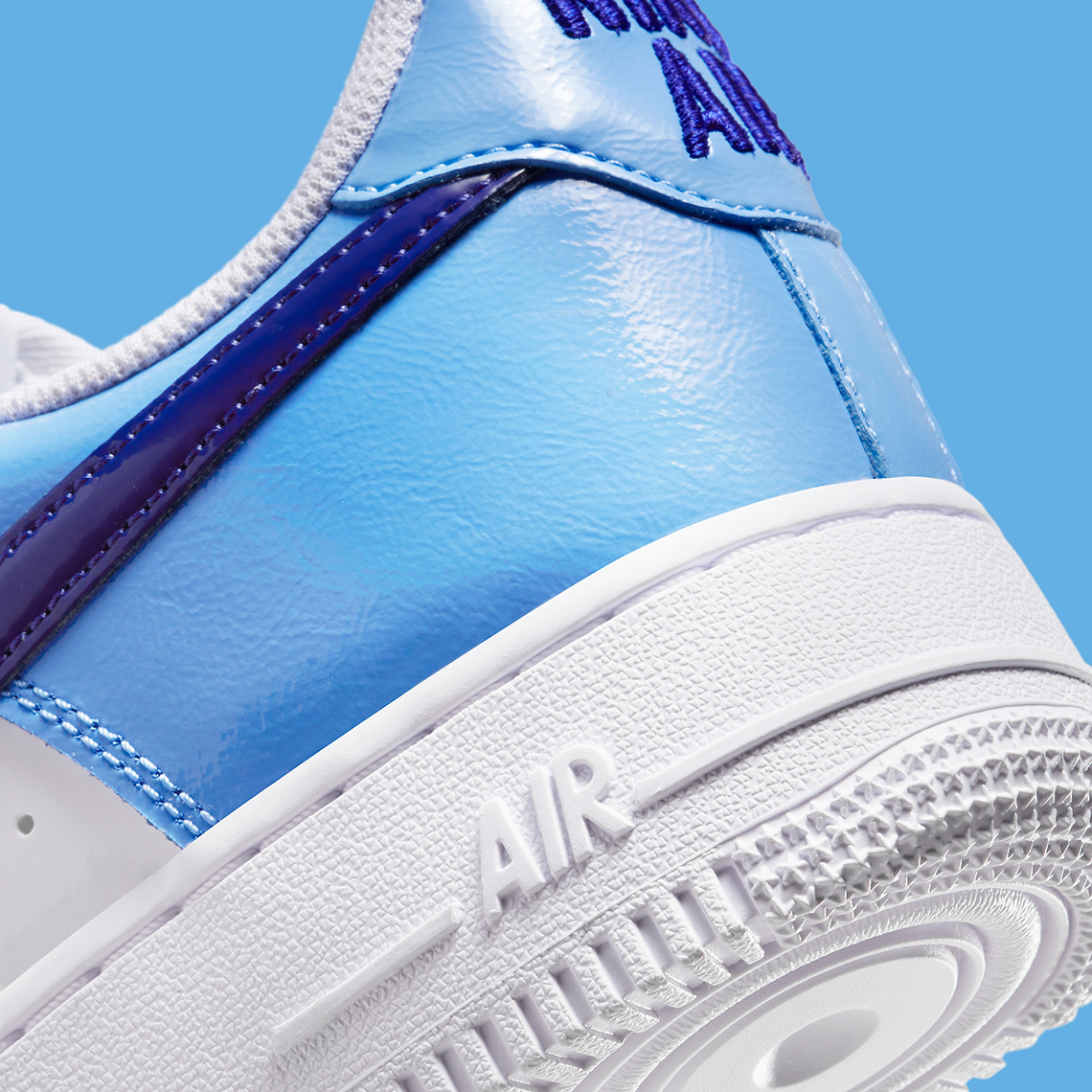 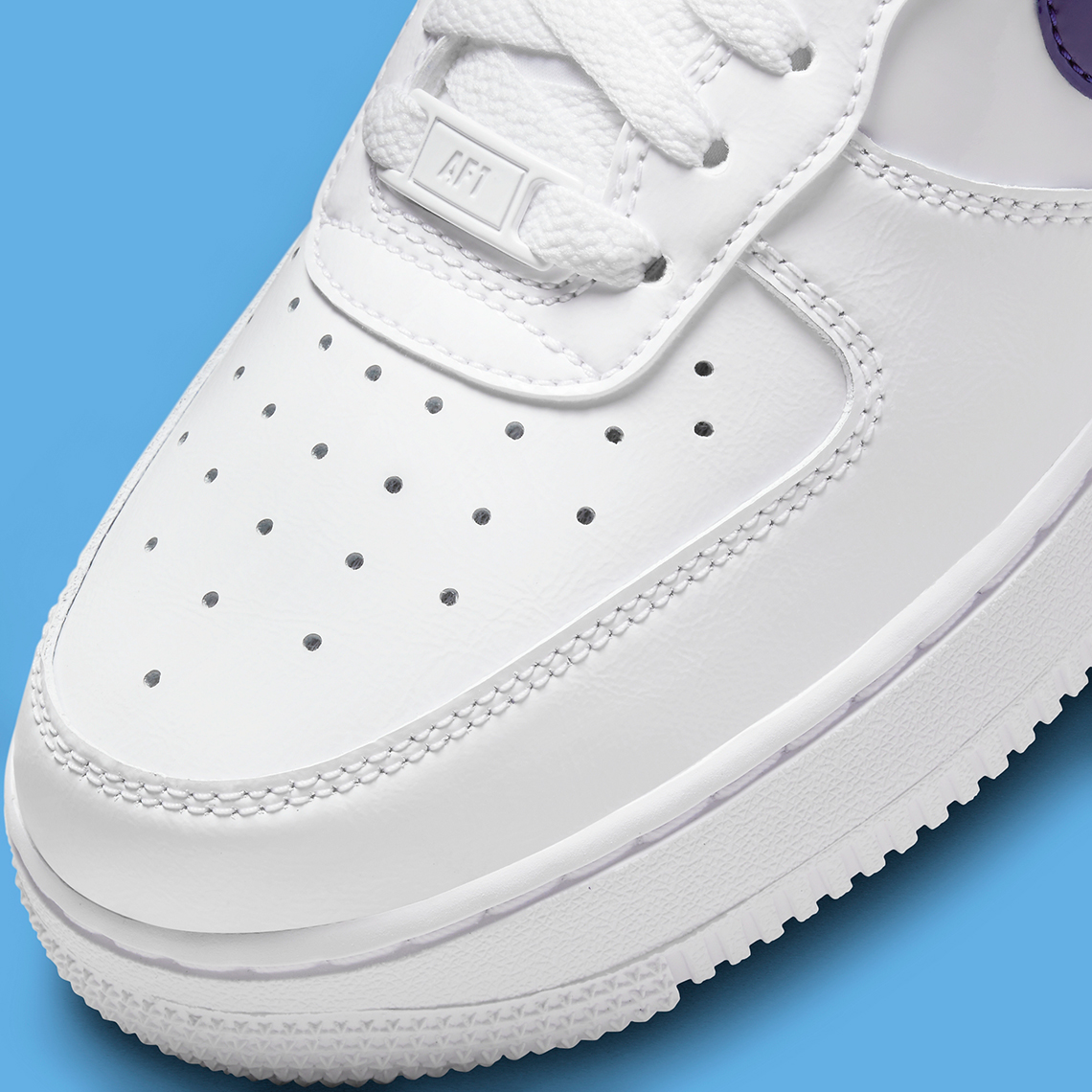