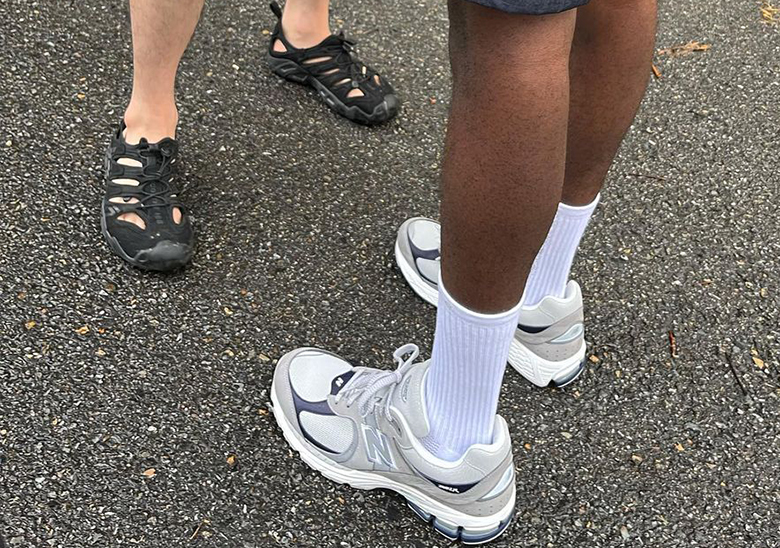 Korea’s thisisneverthat has fostered a long-running relationship with New Balance, collaborating with the footwear brand atop the 2002R, 860v2, and soon the newly-developed 1906R. And following the latter’s release are several Fall 2022 offerings, which includes a collection of apparel and what looks to be yet another colorway of the 2002R.

Compared to its 2020 counterparts, this upcoming iteration of the 2002R avoids repeating the aged look, forgoing the yellowed sole entirely. In its place, the side walls are painted a bright white, better complementing the silver, navy, and grey colorway much of the upper employs. As for branding, the shoe displays “thisisneverthat” across the tongue, while New Balance insignia mark their usual places.

For a quick look at what’s next for thisisneverthat and New Balance, see below. A release date has not yet been revealed, but it’s likely the Korean label will announce one very soon.

In other news, a new Union LA Nike Cortez was just unveiled.