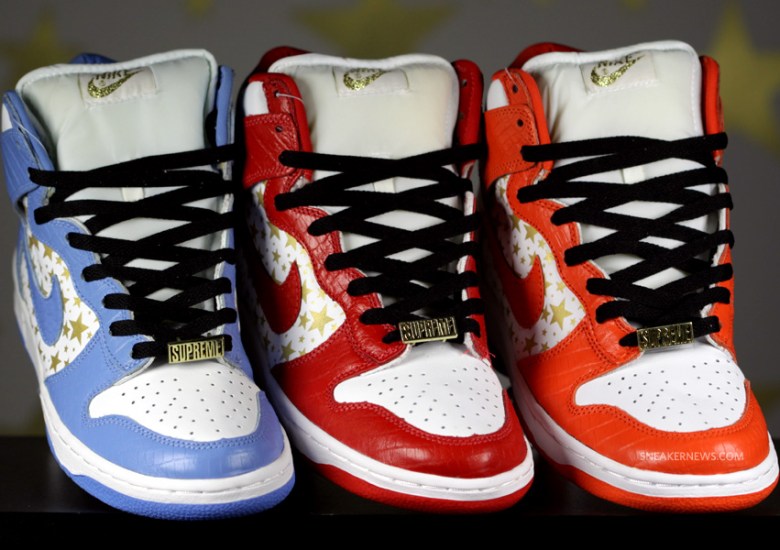 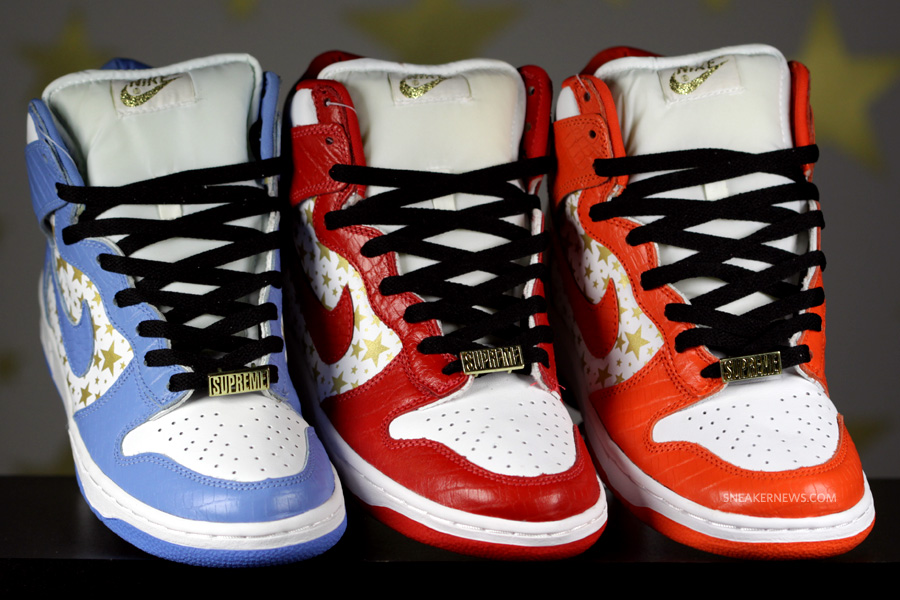 In 2002, Supreme thrust itself into the sneaker sub-culture with a classic collaboration with the newly created skateboarding division of Nike, creating the elephant-print-laden Supreme x Nike SB Dunk Low. The following year, Supreme reigned once again with a trio of the Nike SB Dunk High inspired by the idea behind the Be True To Your School series; the three colorways – College Orange, Varsity Red, and University Blue – were impeccably fashioned with croc skin, a sea of gold stars, and Supreme lace dubraes.

The three SB Dunk Highs – the second overall Supreme x Nike SB collaboration – were available exclusively in limited supply at Supreme in New York City during a frigid three-day release event, during which one colorway was released per day. Double-dipping wasn’t allowed either, as Supreme limited just one pair per buyer. The Supreme x Nike SB Dunk High is truly a classic worth revisiting, with the release camp-out being one of the most memorable moments of sneaker-head history. Very rarely do these star-studded sneakers align, so take a moment to view this gallery of high-def images. Be sure to also download these images for your desktop from our SN Wallpapers pape. 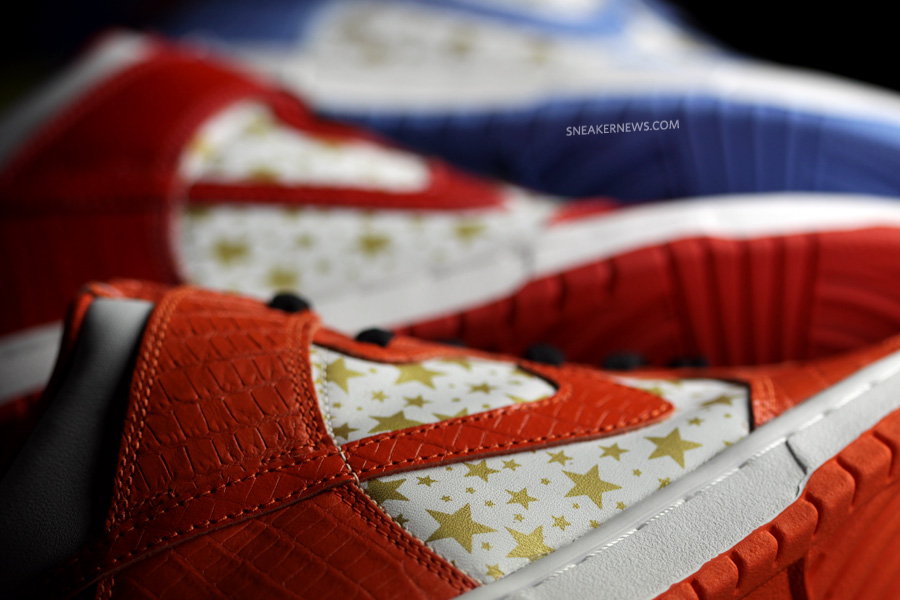 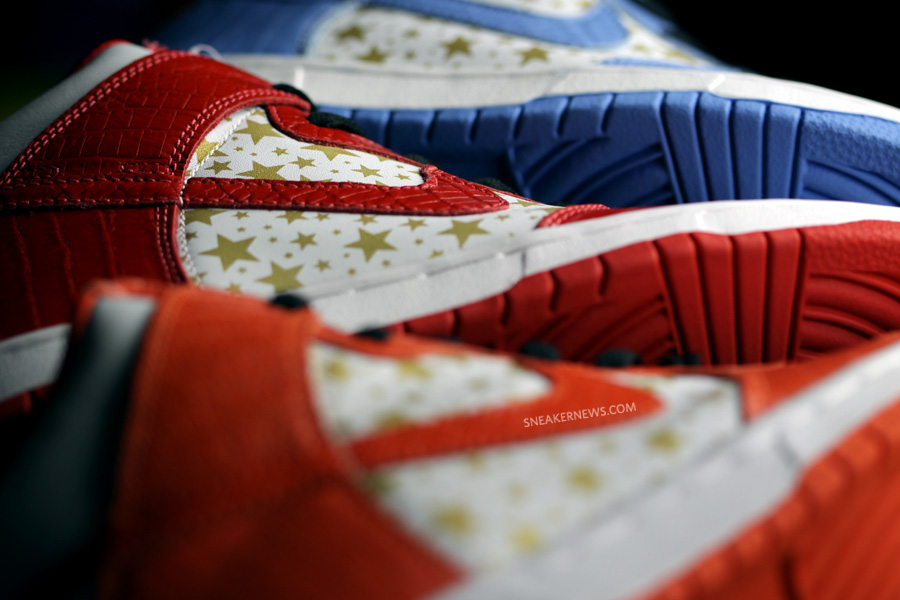 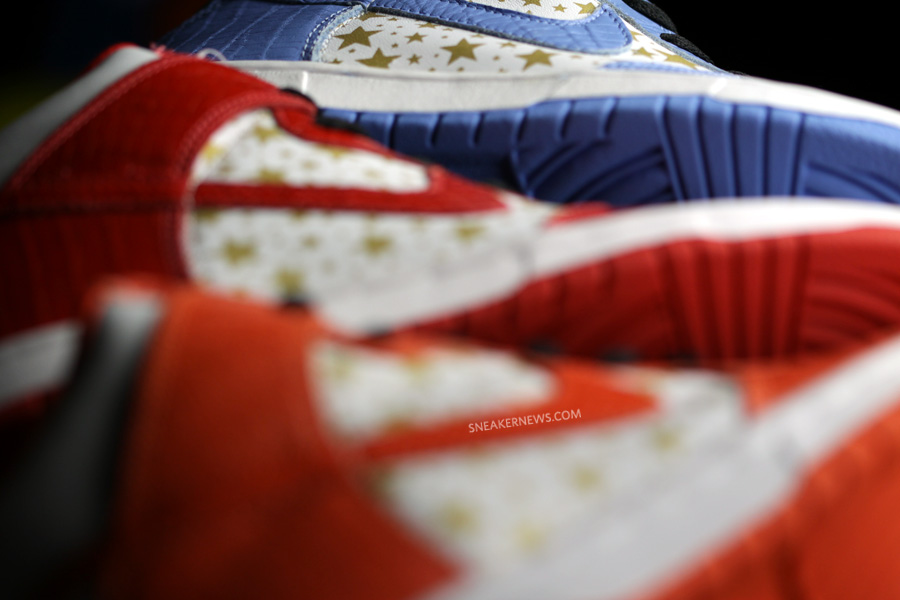 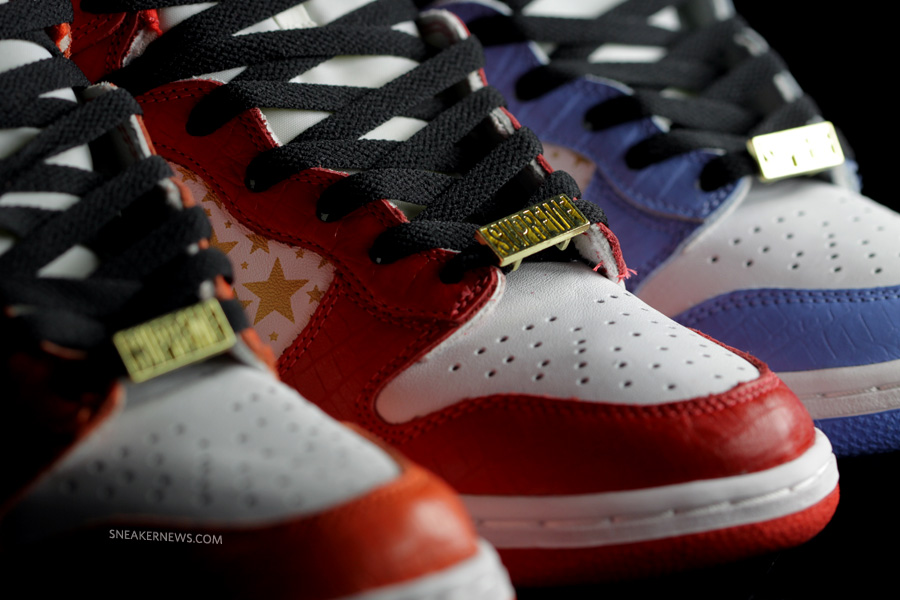 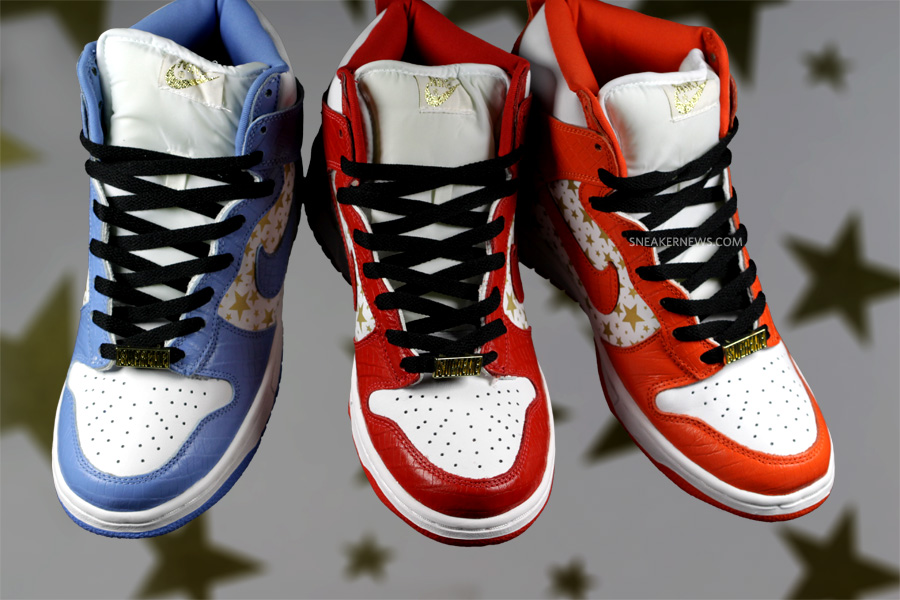