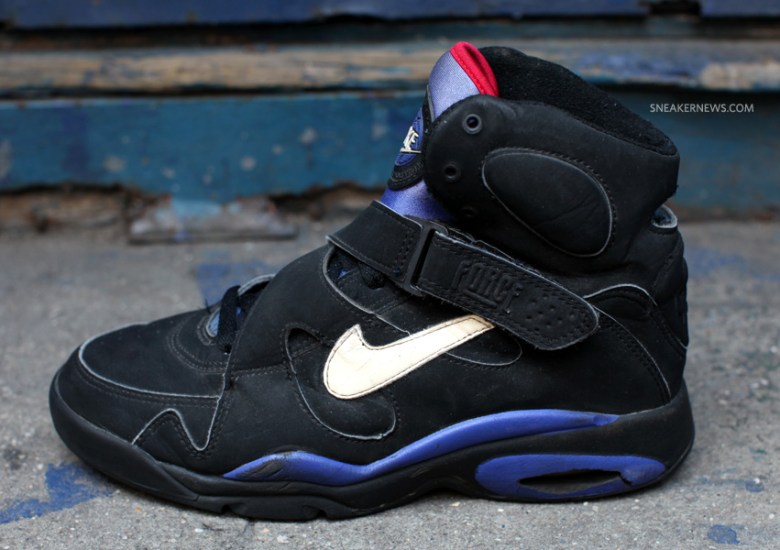 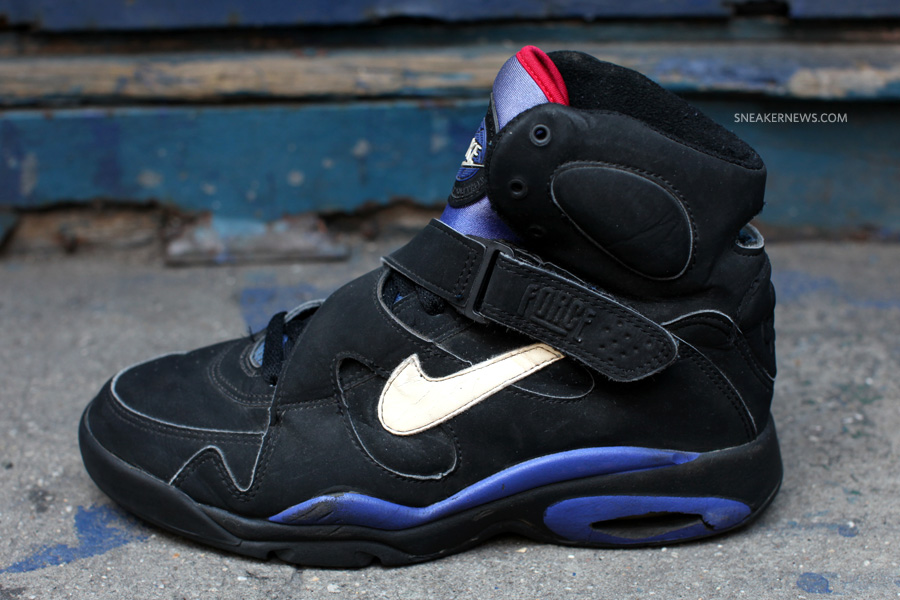 With all the years of rabid love and dedication that so many have shown to the legendary Nike Basketball arsenal, there aren’t too many forgotten classics still lost in obscurity, especially from the highly fruitful and well-documented early 90’s era. That said, there are still a few gems floating around out there that most sneakerheads have either forgotten about, or in the case of some of our younger readers, probably never even knew they existed. Despite the very unfortunate and generic model name, the Nike Air Force High is right at the top of the list of super-dope Nike Basketball designs that have fallen by the wayside. The shoe was released in the spring of 1993 and first got people’s attention on the feet of sharpshooter Dan Majerle as he and the Phoenix Suns unsuccessfully attempted to stop the Bulls’ first threepeat campaign in that year’s NBA Finals.

The Air Force High took the Nike Force silo to new places with one of the most stylish, yet battle-ready designs ever seen out of the popular Nike Basketball subdivision. The shoe featured a super-high cut with a back-and-forth crossing instep strap and neoprene sock liner, as well as a breathable mesh tongue and visible Air unit in the heel. The Black/White/Lapis colorway seen in these images flaunted a full black nubuck upper with a white Swoosh and vibrant hits of blue and red supplying the accents, making it one of the most eye-catching Nike models around at the time. It seems that despite its initial popularity, the 1993 Air Force High has been somewhat lost in the shuffle of sneaker history, but there’s plenty about the shoe that would translate pretty nicely into a contemporary Retro model. While there are no plans to bring back the Air Force High that we’re currently aware of, there are definitely a lot of people out there that would be pretty pleased to see these return to retail. 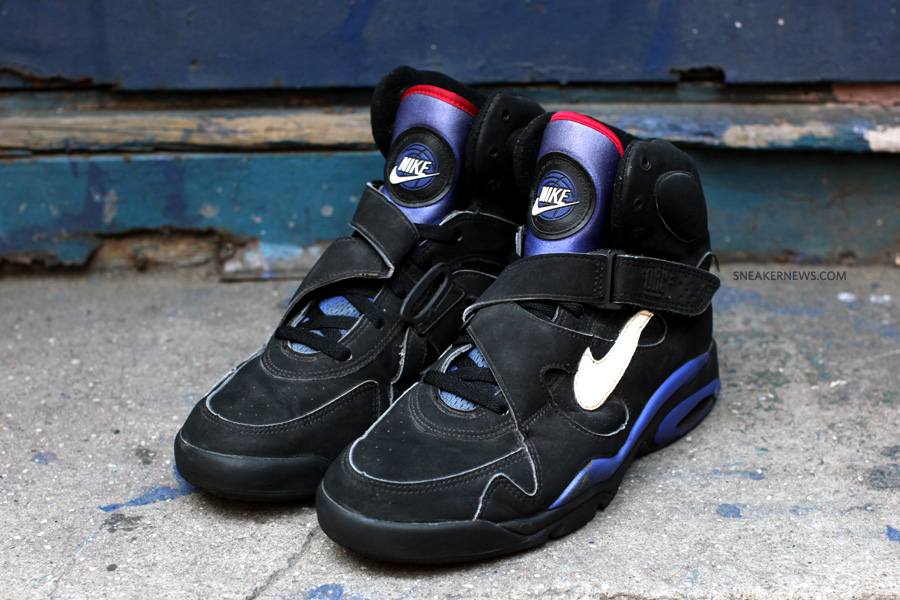 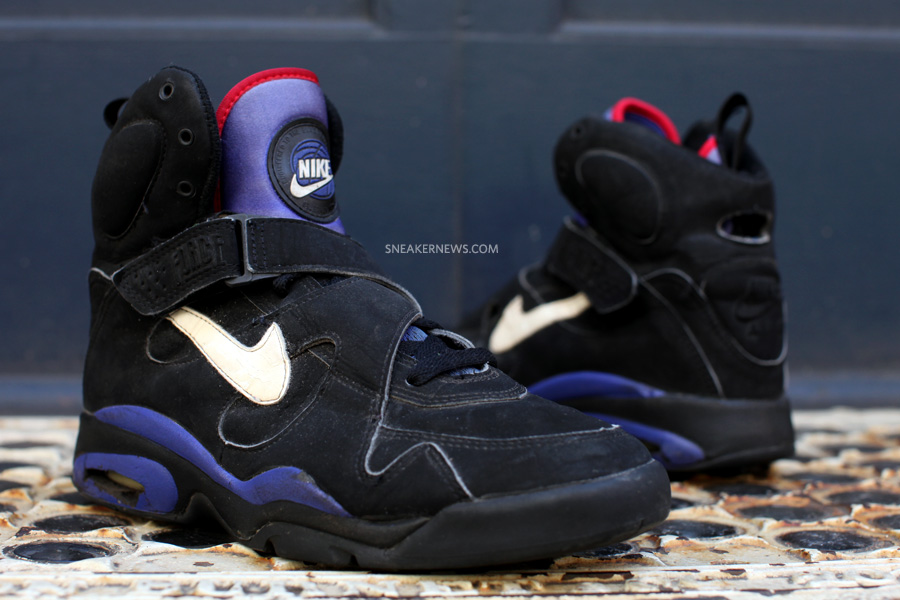 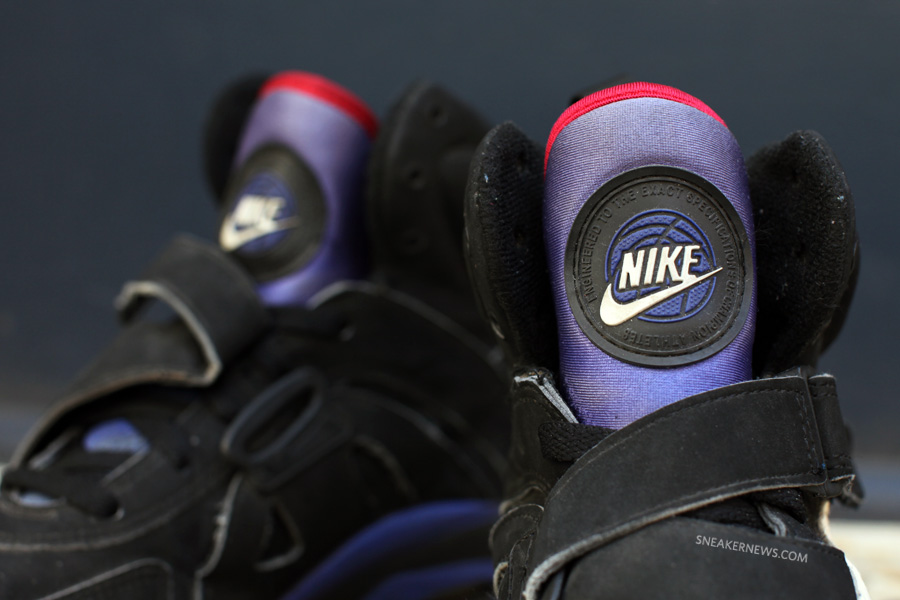 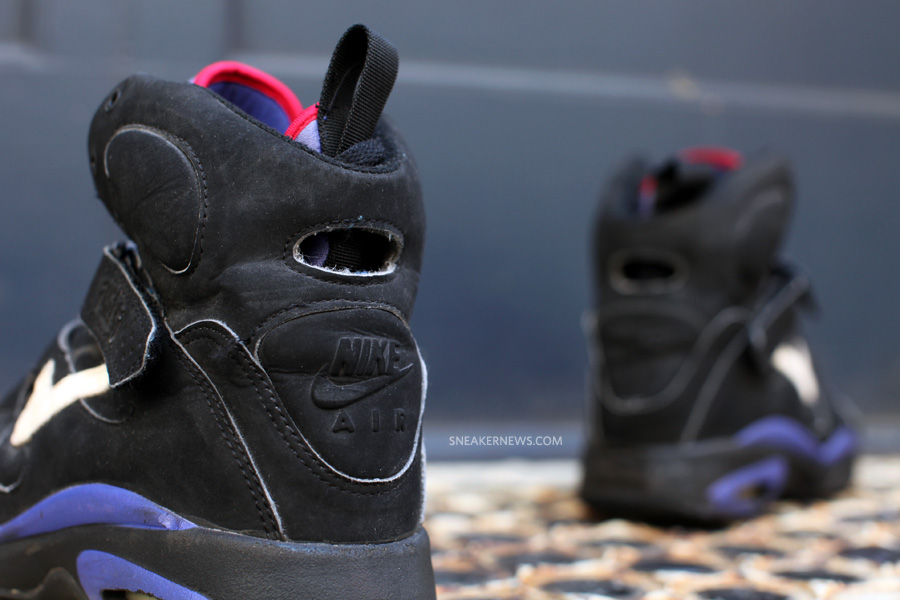 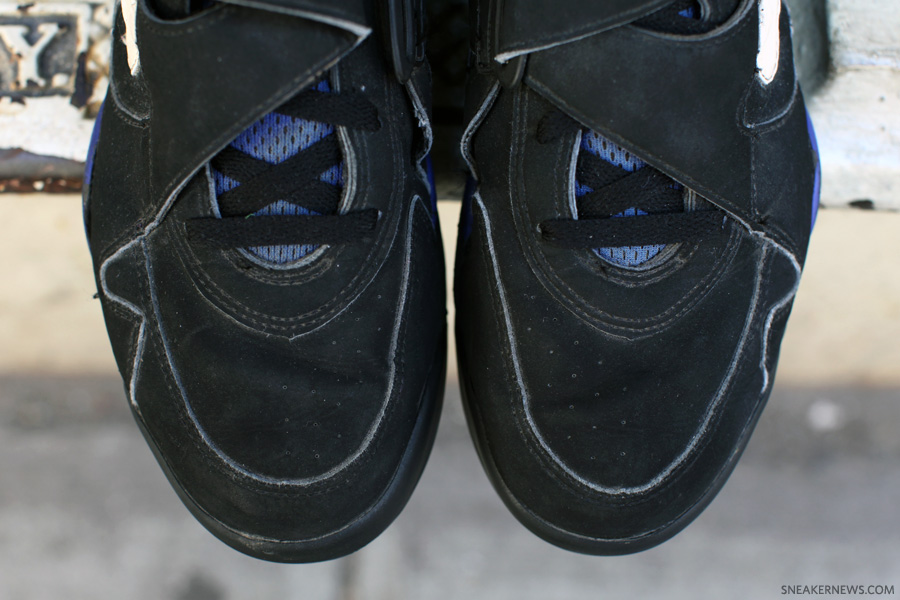 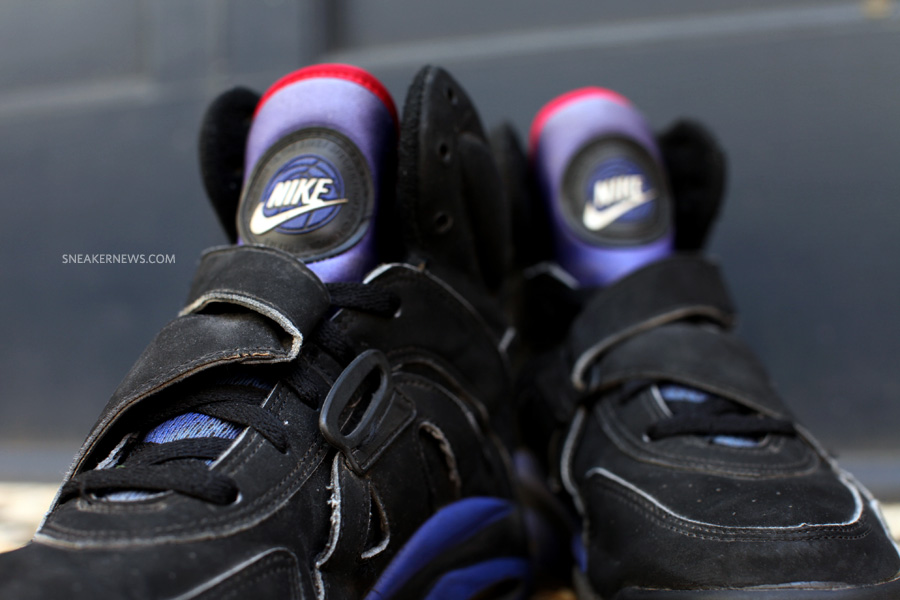 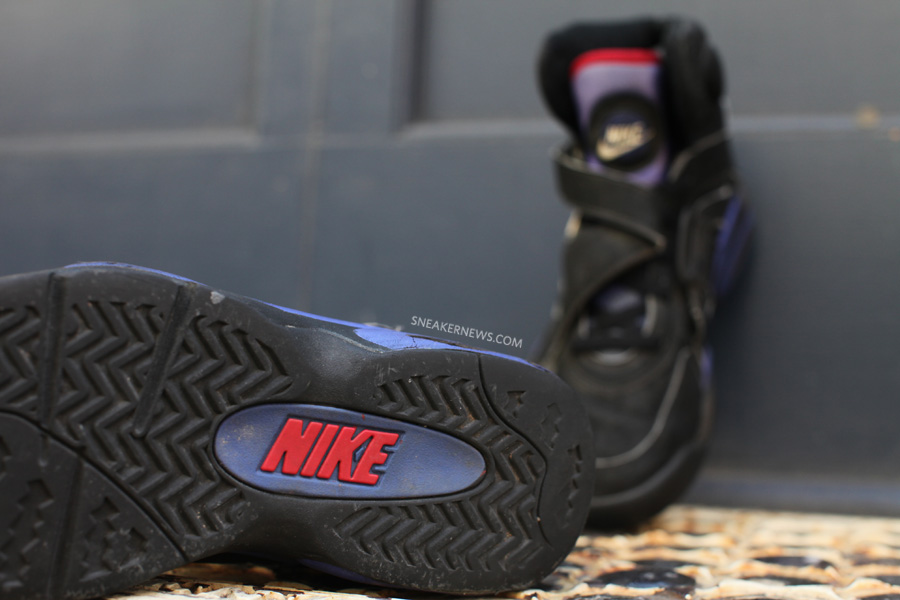 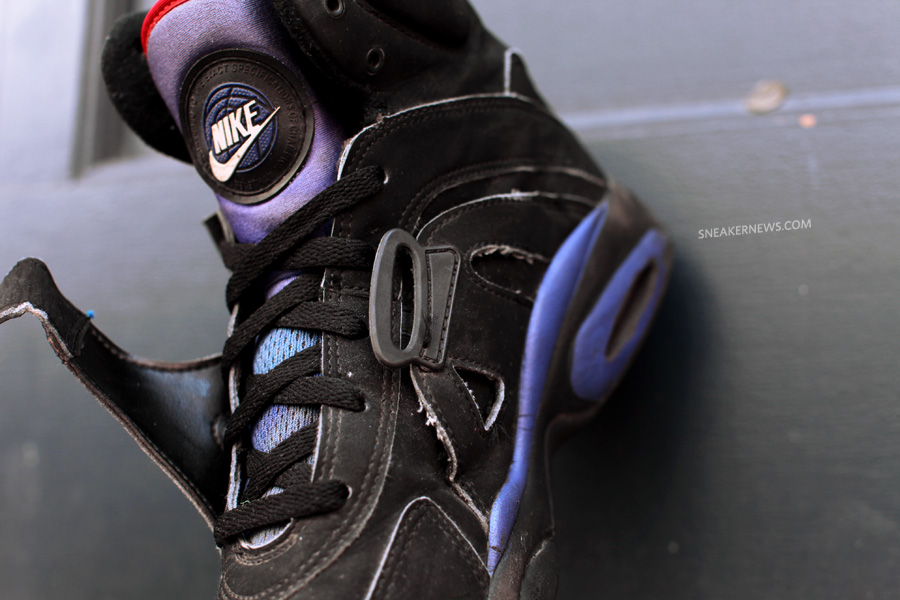 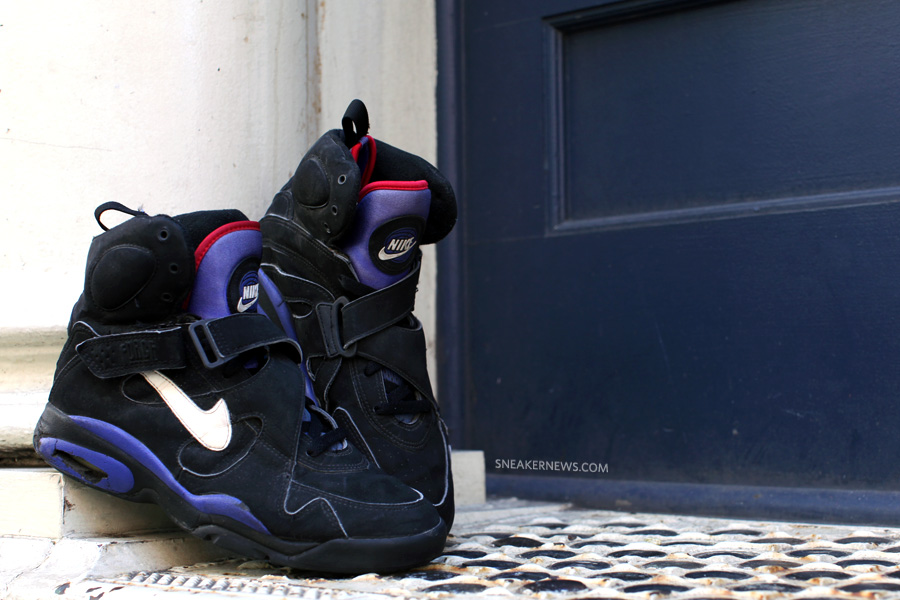 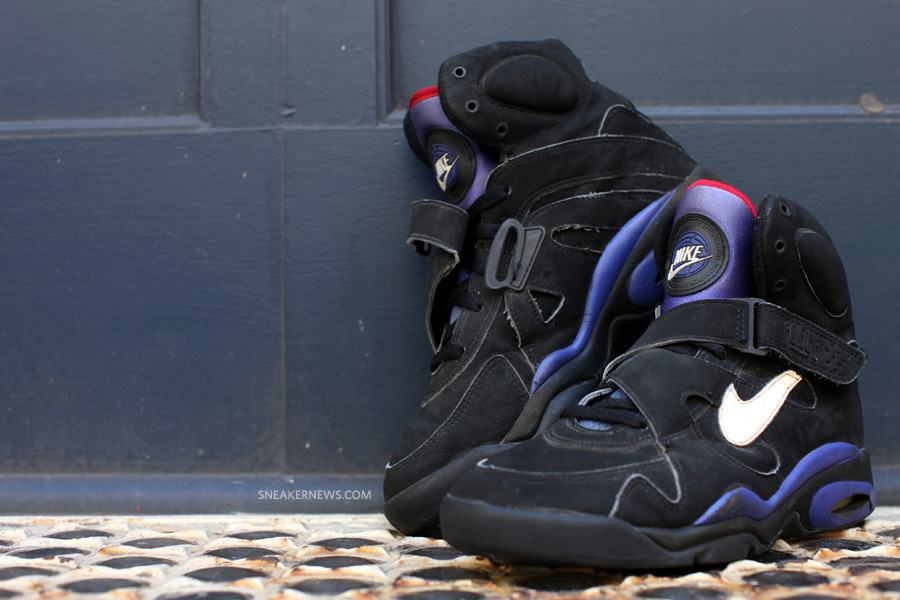 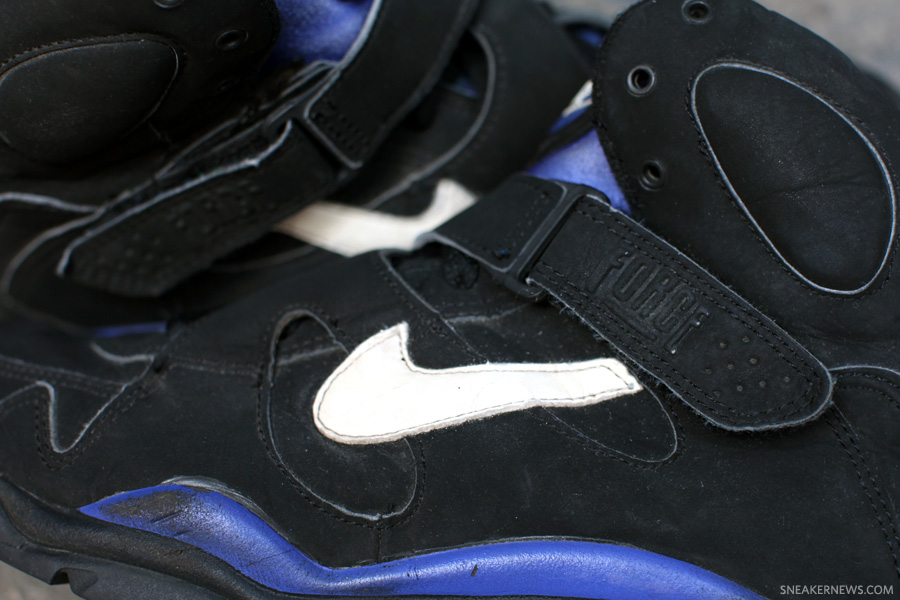