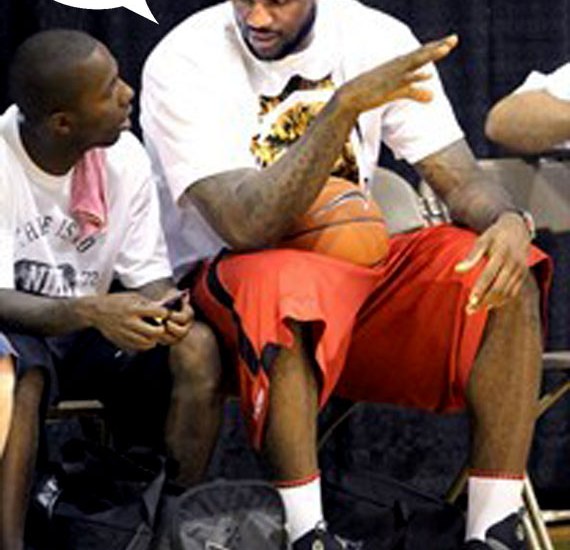 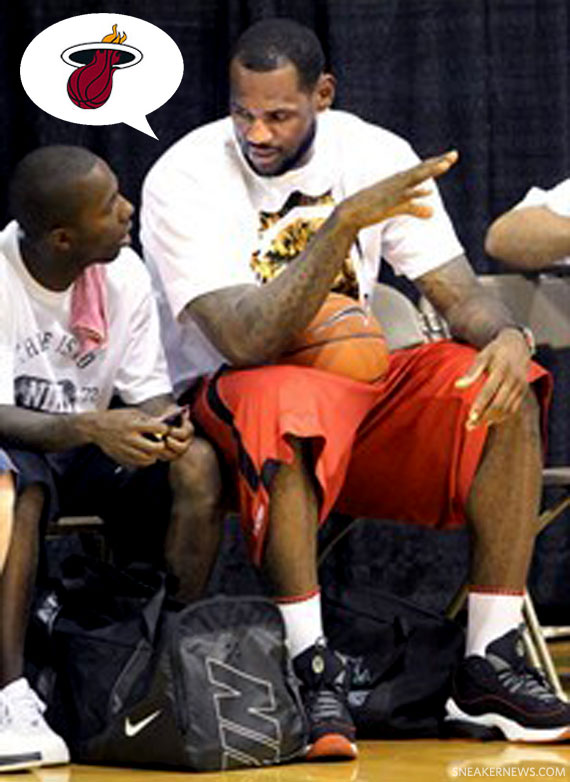 It’s official.  After much speculation, rumors and misinformation, LeBron James just officially announced that he will join Dwyane Wade and Chris Bosh in South Beach as a member of the 2010-11 Miami Heat. It looks like egos will be put aside as two of the NBA’s most elite stars will join forces in the name of championship glory. Obviously, adjustments will have to be made to coexist, but there’s no question that it should be fun to watch. In the opinions of many, this alliance is bad news for the sake of parity in the NBA, but with the Celtics and Magic squads still in tact in the East and the back-to-back Champion Lakers still looming in the West, this mini-All-Star team will still have some work to do.

Aside from the basketball impact, what if any sneaker ramifications will there be? While Miami may be a bigger market than Cleveland, it’s certainly not known as a sneaker mecca, so now that Nike and Jordan Brand have their two of their three biggest stars playing in the same city, will it hurt the Swoosh’s bottom line? Probably not. At this point, James and Wade are global names who transcend the boundaries of the cities they play in, but the folks in Beaverton surely must have mixed emotions about having their two most prized eggs now in one basket.

While everyone was busy listening to NBA insiders, maybe the real tip off in this whole circus was that Bron was recently seen sporting a pair of Air Penny II’s in the Miami Heat colorway. The Knicks may have won our poll as the best potential sneaker look for LeBron out of all the probable teams, but apparently LeBron wasn’t swayed, and eventually it was the Heat that landed the most coveted free agent in sports history. Let us know what you think of the big decision, and keep reading to check out the Rustic colorway of the Nike Toki that King James was sporting during tonight’s press conference. 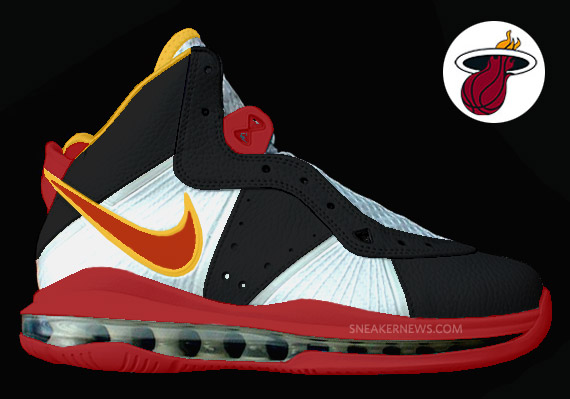 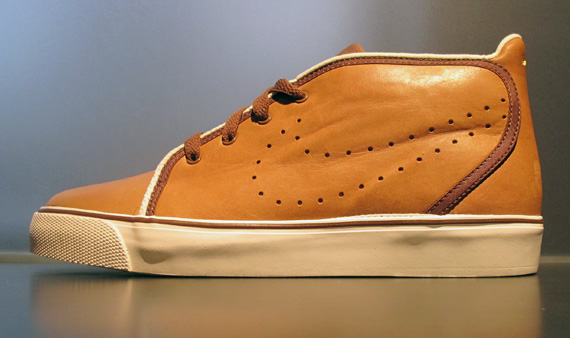