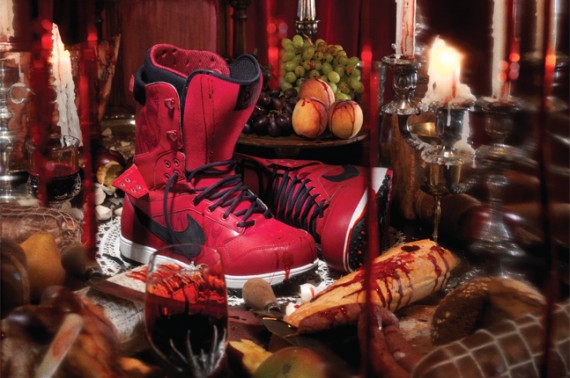 Shawn White beat him in 2006 in Torino and has long been the sport’s posterboy, but X-Games gold medalist Danny Kass remains the marquee name for Nike Snowboarding.  The Zoom Force 1 served as Kass’ go-to last year and now he’s moving on to having his very own signature, the Nike Zoom DK.  There are two new pairs here for us to have a look at today, both featuring the cloudy ‘DK’ logo on their tongue tags.  The black/purple/white pair proves simpler than a red/black/white edition that features tonal graphics on its side panels.  Check out shots of both and stick with Sneaker News for updates on Nike Snowboarding release dates.  via SF