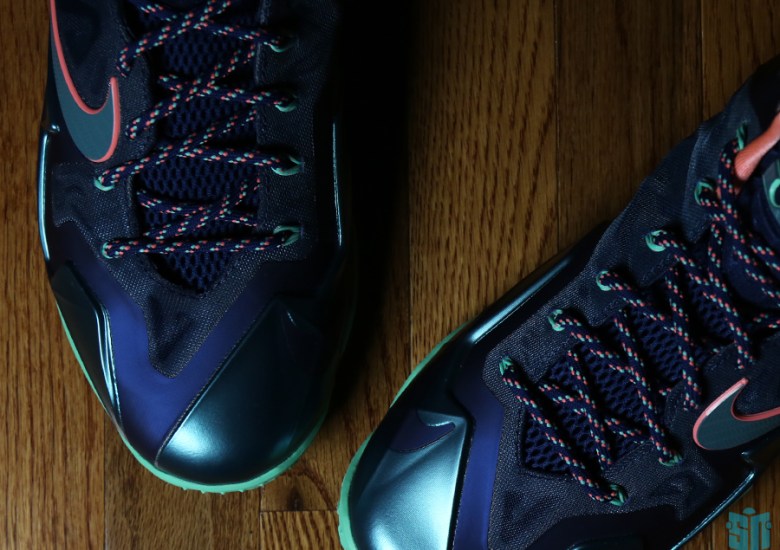 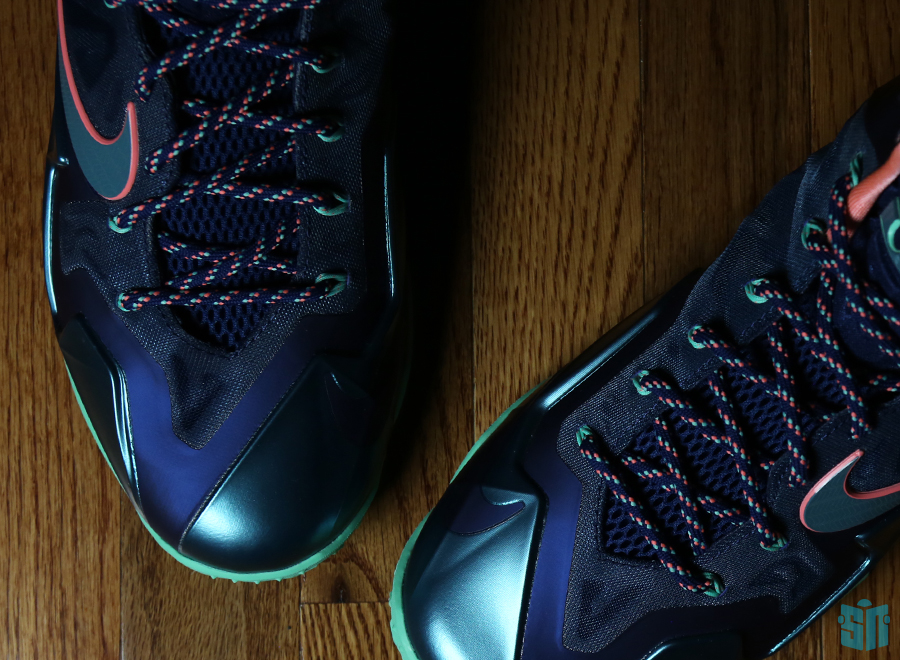 For a long while there it looked like LeBron James would lead his hometown team to the promised land. LeBron is of course a product of Ohio, hailing specifically from the greater-Cleveland area town of Akron. It was that city that raised him. It was there that he displayed such dominance at the high school level on his St. Vincent–St. Mary squad. And it was there that he remained when he opted out of the college route and ended up as an immediate franchise player for the Cleveland Cavaliers. And when it was all over, when The Decision had been made and he took his talents to South Beach, it was Akron (Not Cleveland) that LeBron James decided to thank via a full page newspaper ad.

And while he no longer resides there during the regular season, it’s quite clear that Akron still plays a special role in the LeBron James story. His SVSM alma mater still gets blessed with PE pairs on the regular, and he had a very specific callout to the city during that quick speech after his most recent NBA Championship clenching game. The latest sneaker to pay tribute to the so-called Rubber City is this, the Nike LeBron 11 “Akron vs. Miami”. The colorway draws the line from his roots in that working class town with some blue collar tones to his current home amidst the glitz and glam of South Beach via some burning bright pink accents. Continue reading for a complete gallery of beauty shots on the new Nike LeBron 11 “Akron vs. Miami” release and stay tuned to Sneaker News for more previews of this and other releases from your favorite brands.

The Nike LeBron 11 “Akron vs Miami” will release on December 7th, 2013 at preferred retailers, Champs Sports, Foot Locker, and Nike.com. 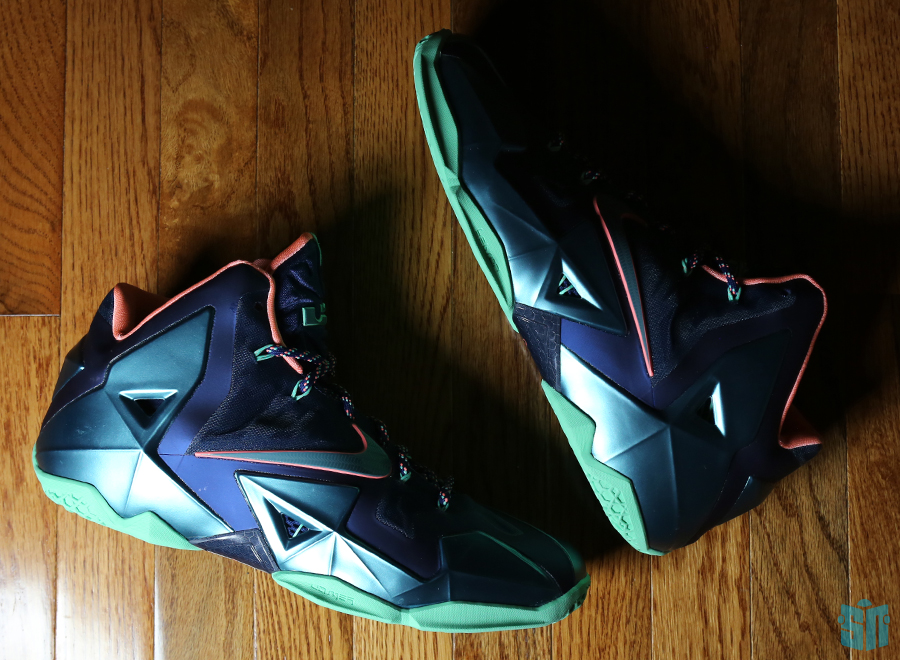 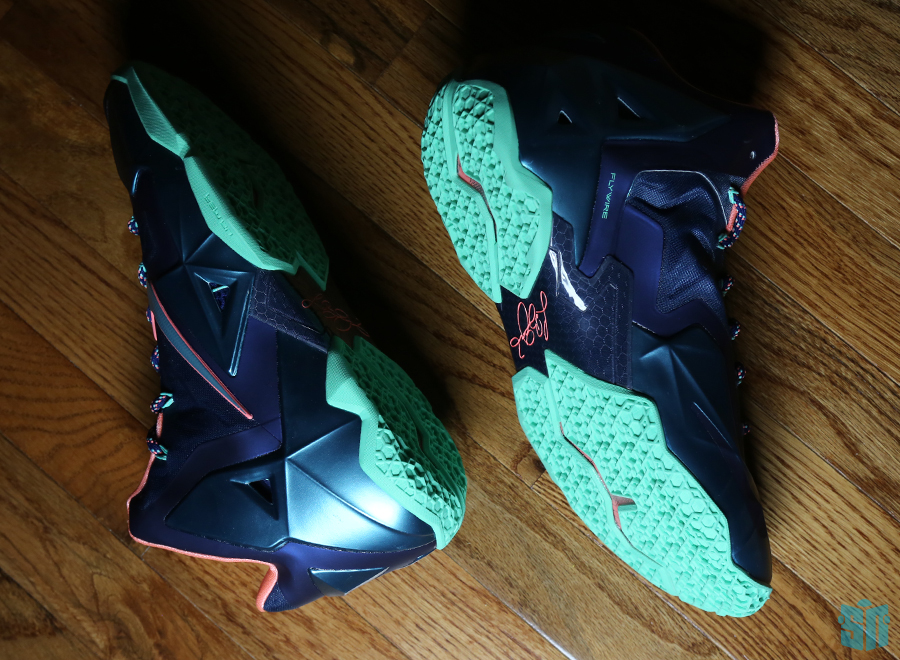 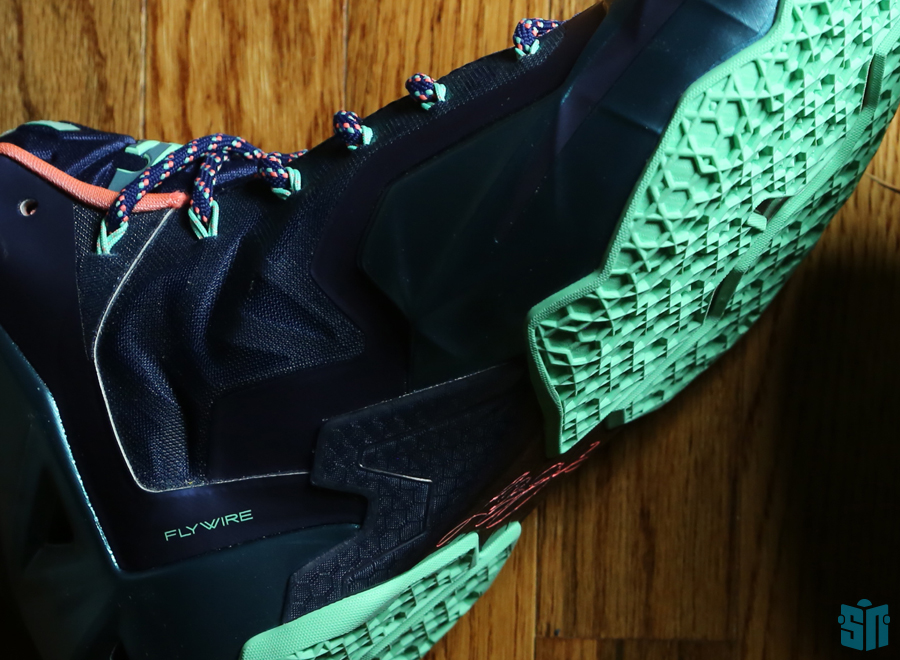 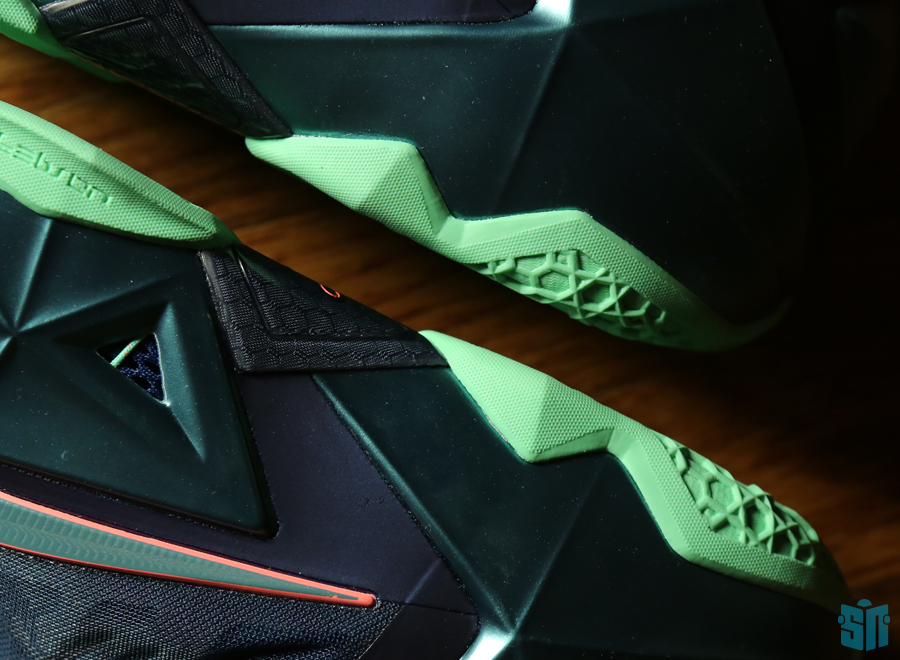 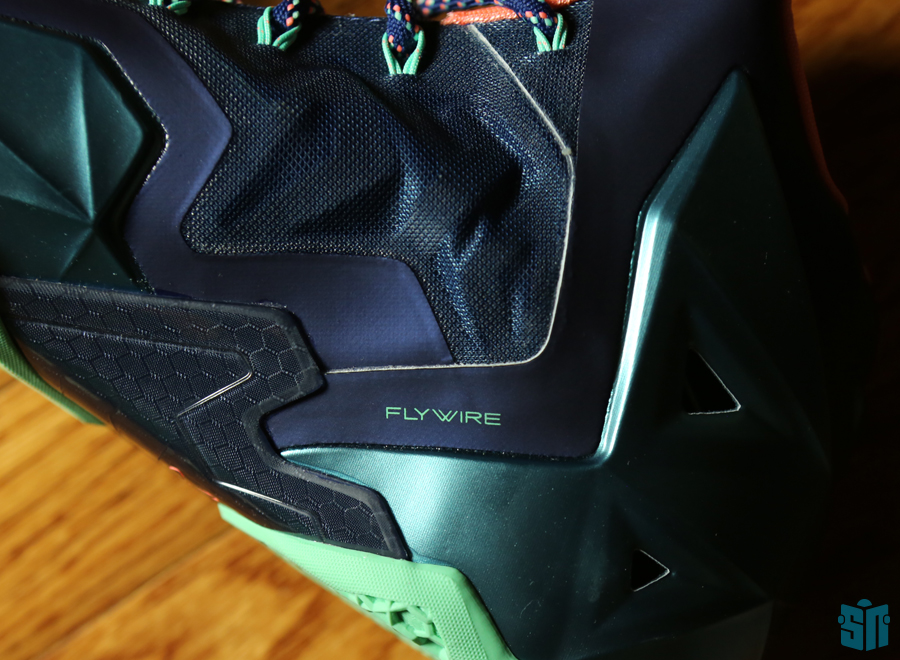 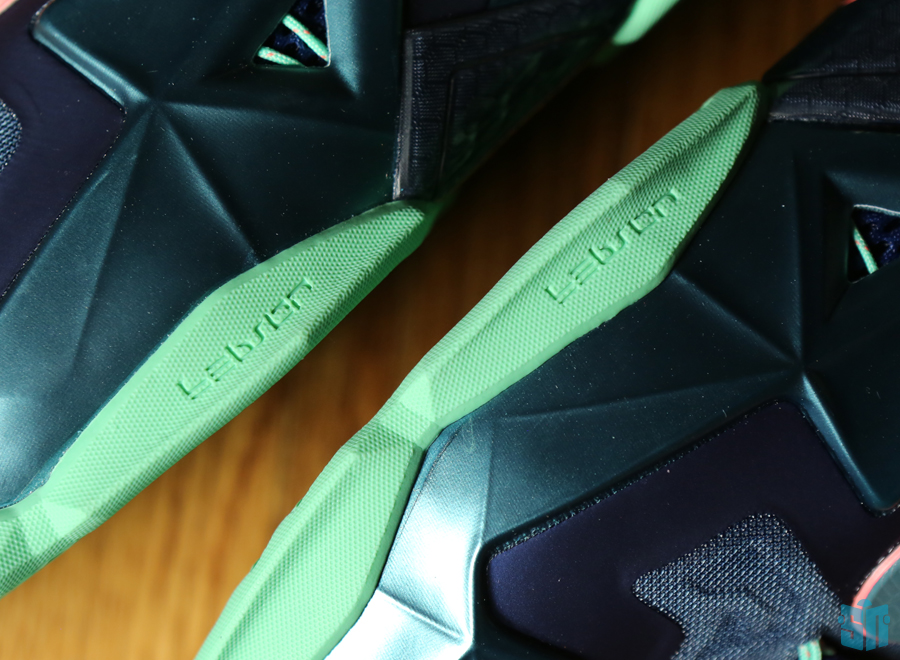 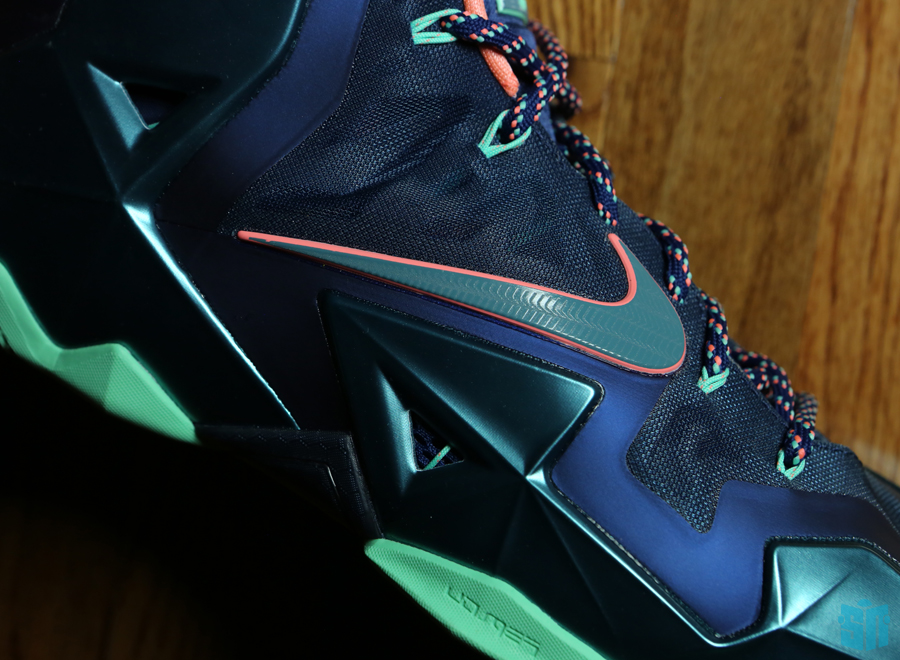 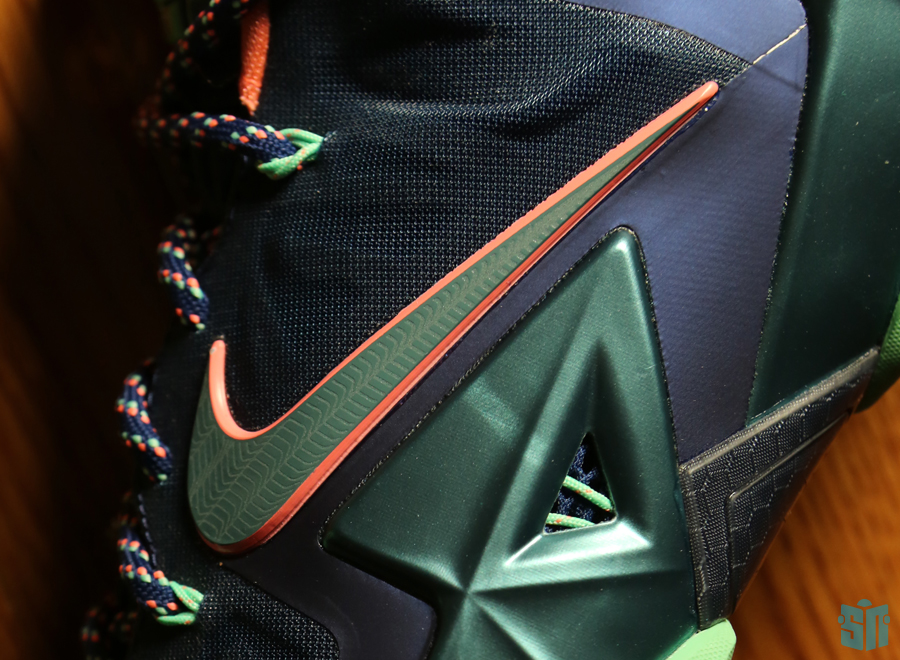 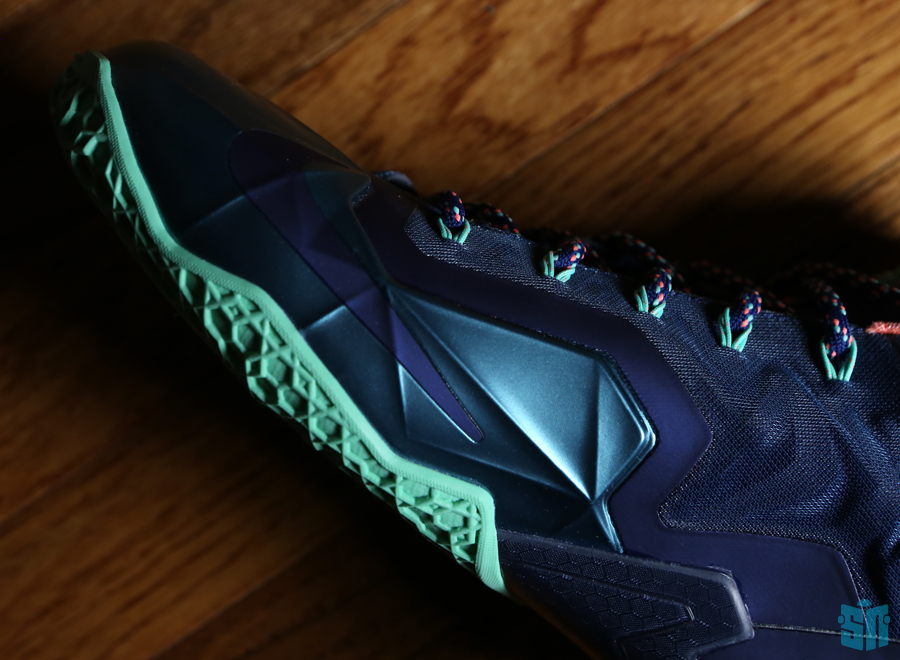 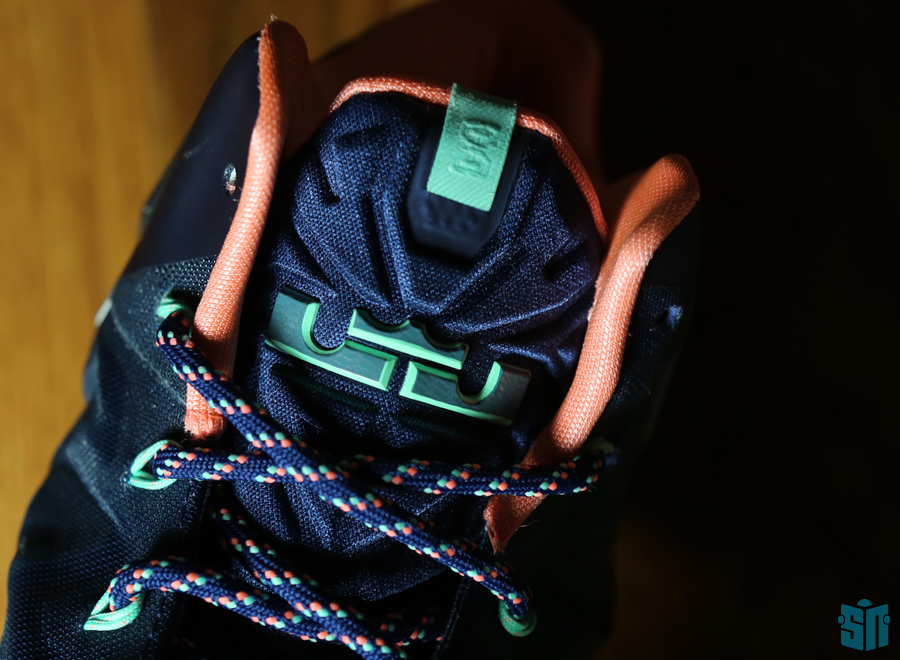 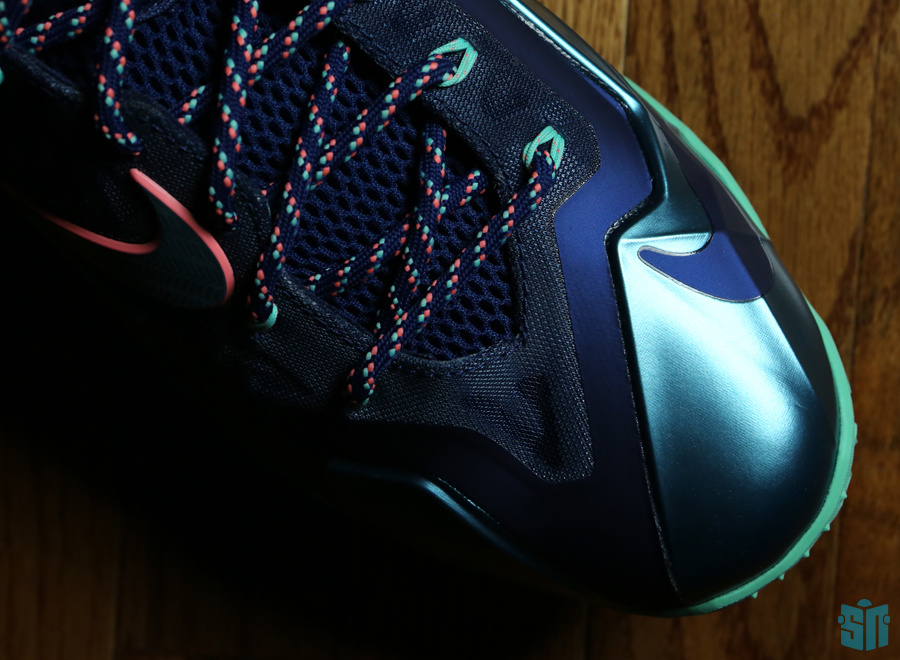 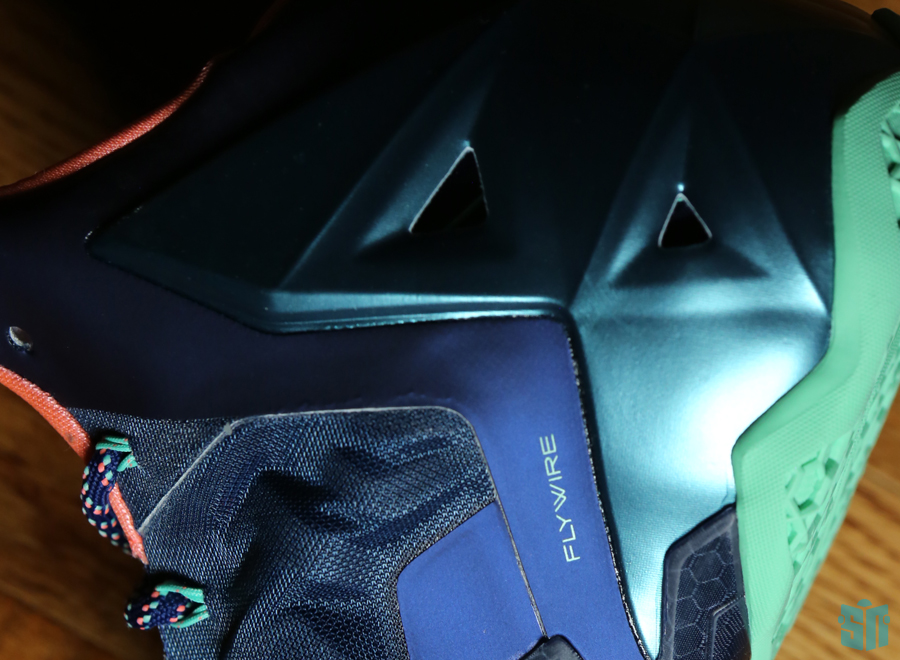 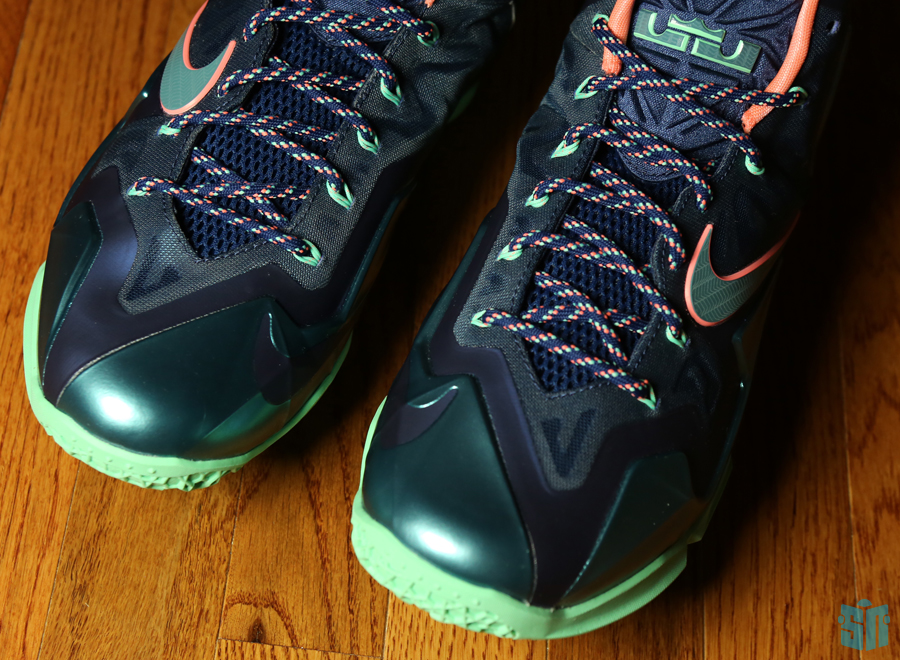 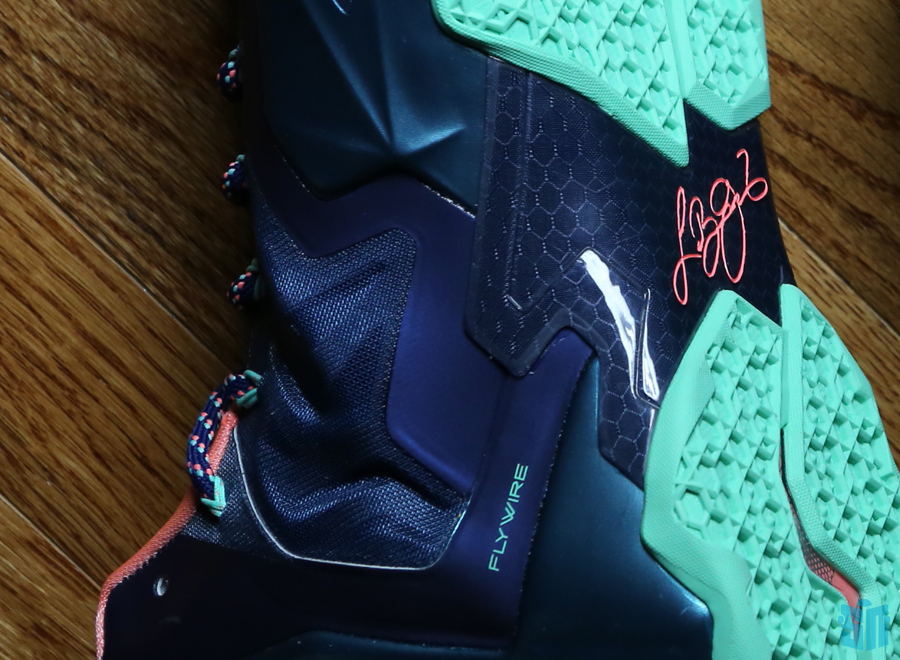