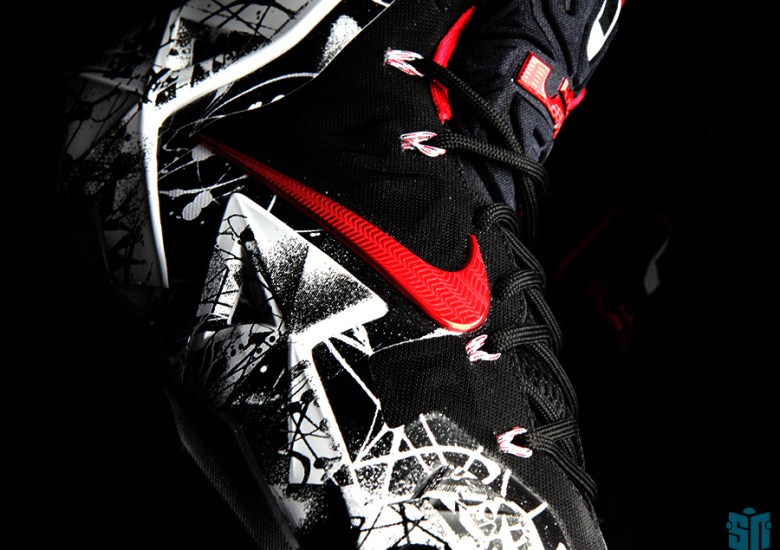 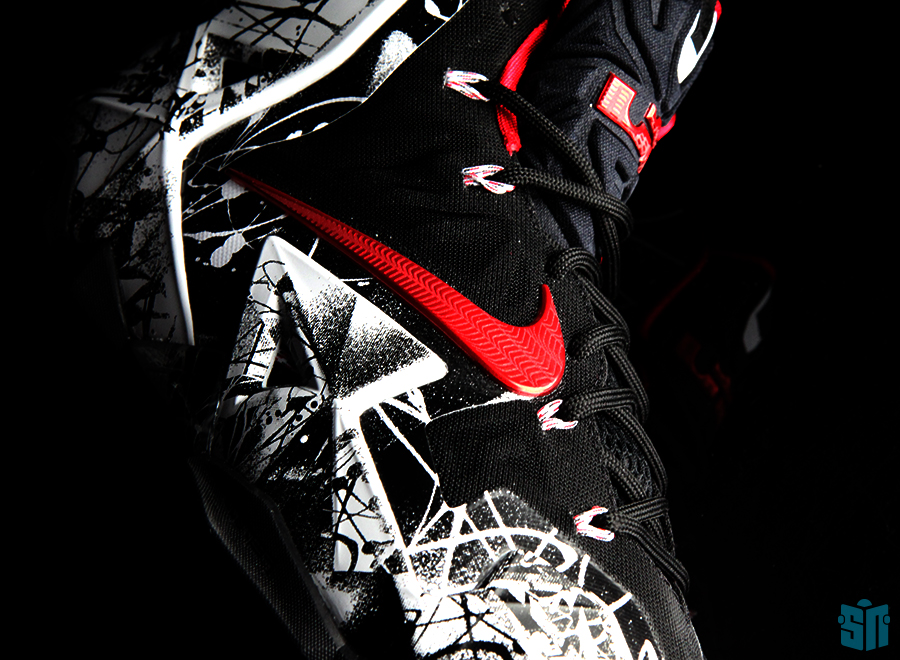 Sneakers and graffiti art have covered a lot of common ground over the past four decades. United and universally embraced by hip-hop culture, both represent visual designs that push boundaries and sometimes have the uninitiated in an uproar. All of this has crossed over into the mainstream, to the extent that LeBron James and his shoes are among the most coveted and recognizable today, and they display graffiti with the same ease as any other artistic influence. With this historical context in mind, a release like the Nike LeBron 11 “Graffiti” is a statement affirming the ever-increasing sophistication of street culture.

The ‘Graffiti’ LeBron 11 hearkens back to another rebellious sneaker aesthetic with its black, white and red colorway. But unlike the “Banned” Air Jordan 1 that drew $5,000 fines with each appearance, the Graffiti 11 will be welcomed by NBA dress code and embraced as one of several releases with a pattern printed on the Hyperposite sections. LeBron collectors recognize this as a trend, with the first Foamposite LeBron shoe the Zoom IV having introduced this look. It was adopted by the LeBron 8 V/2 a few years later, and with the drop on January 25th, there will be another crowd bringing what was once an underground a misunderstood artform into the public eye for all to enjoy. 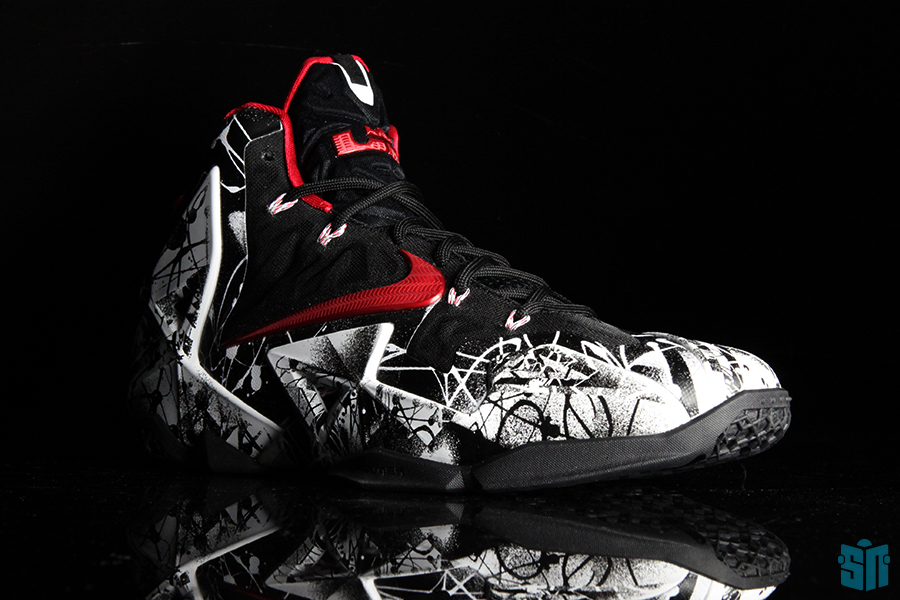 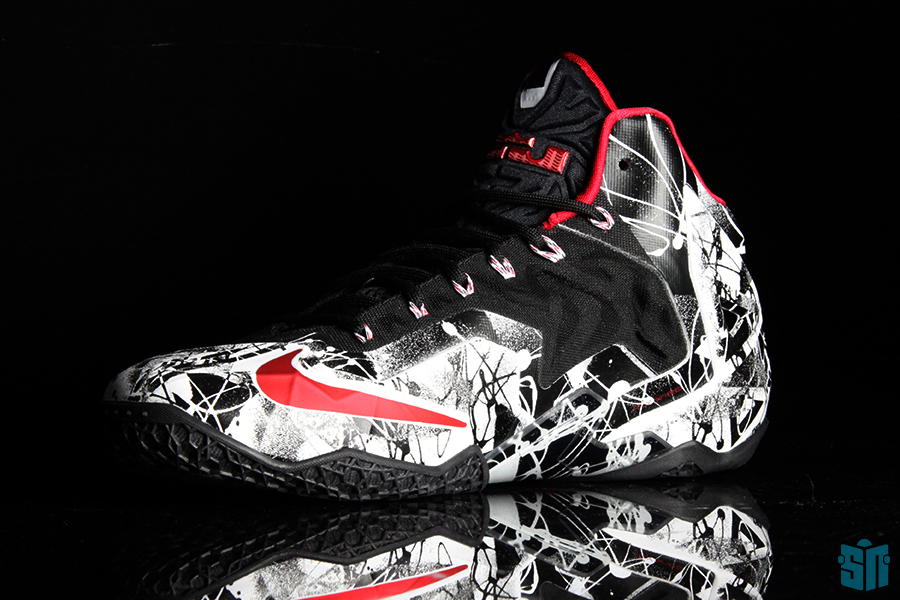 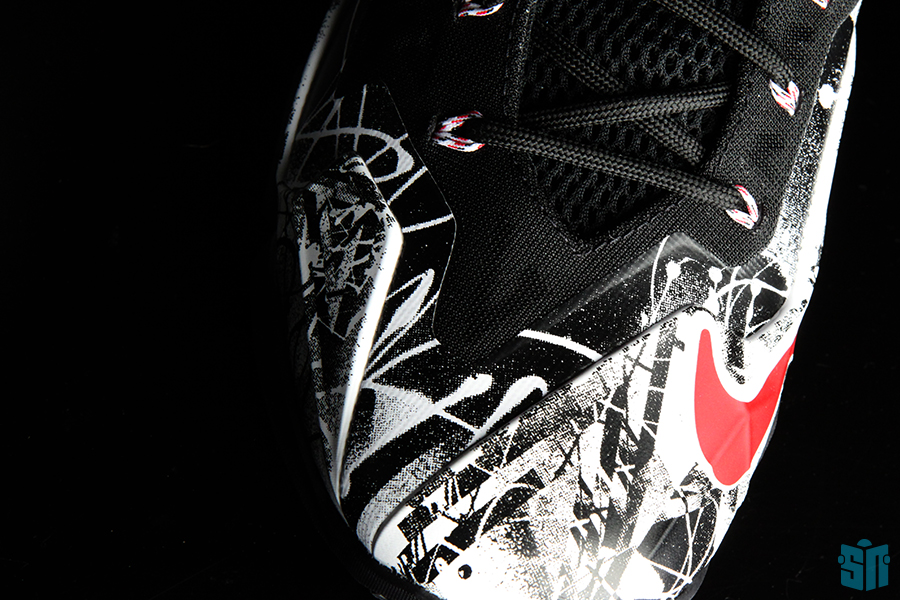 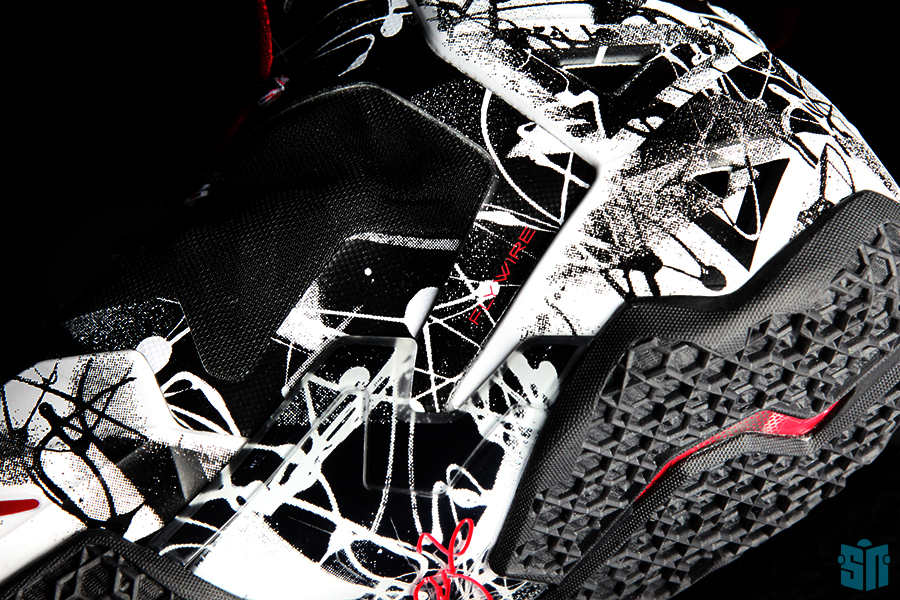 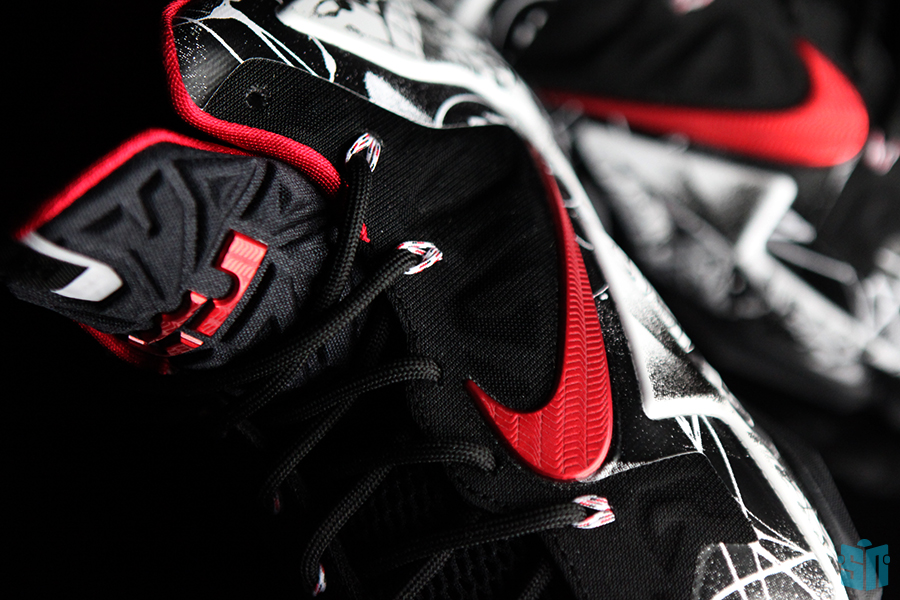 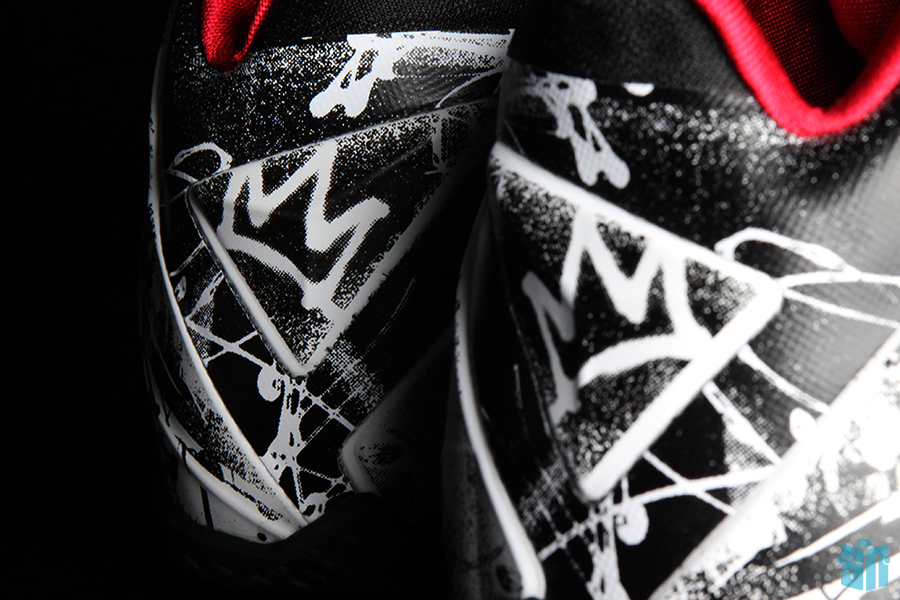 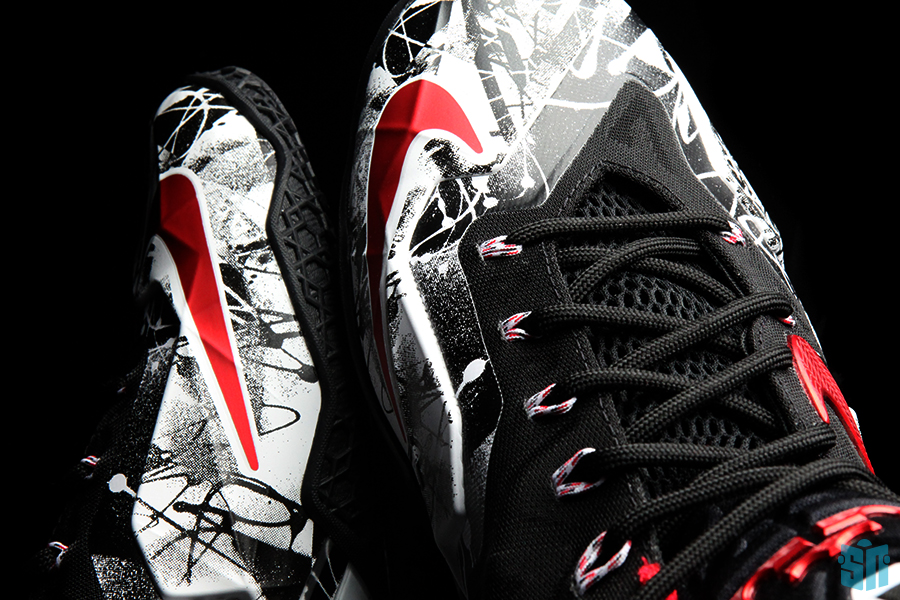 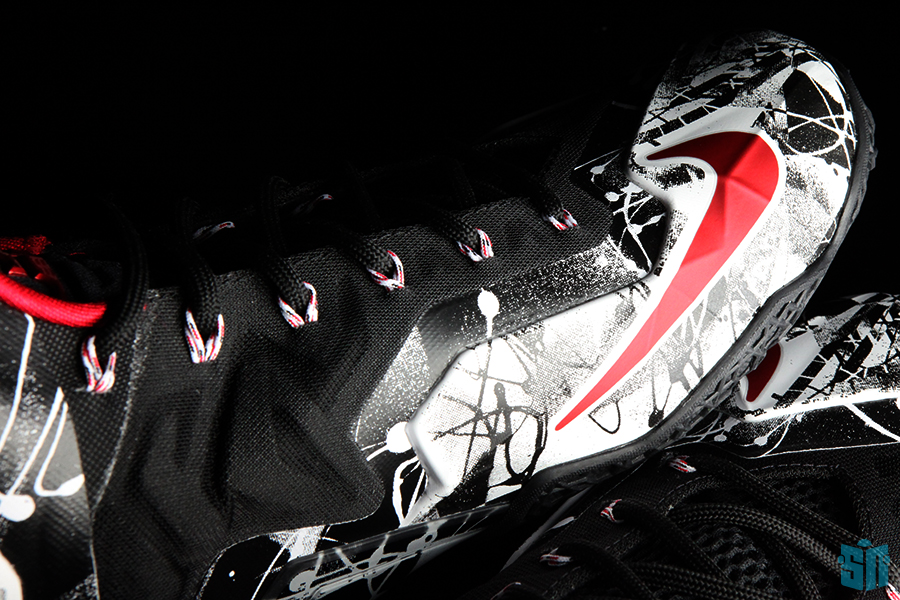 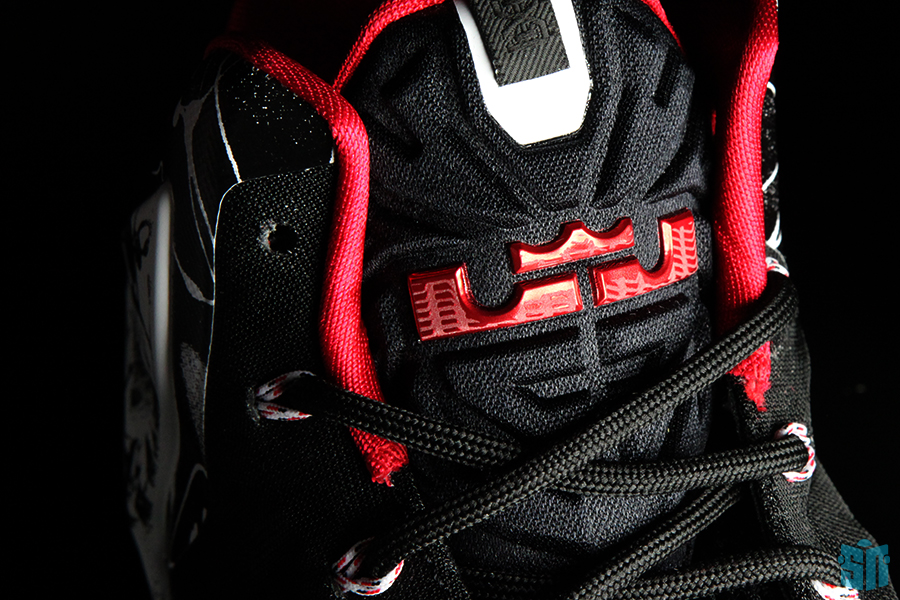 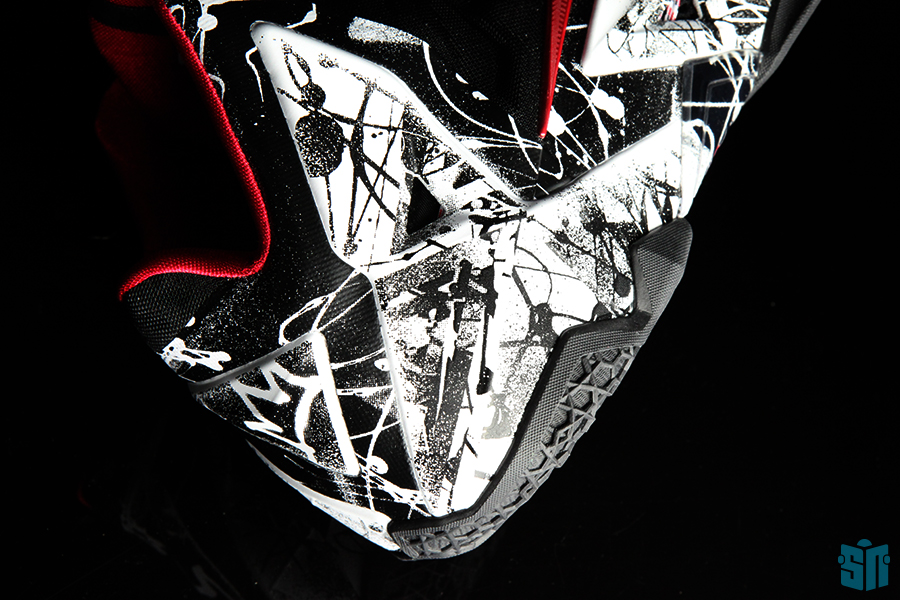 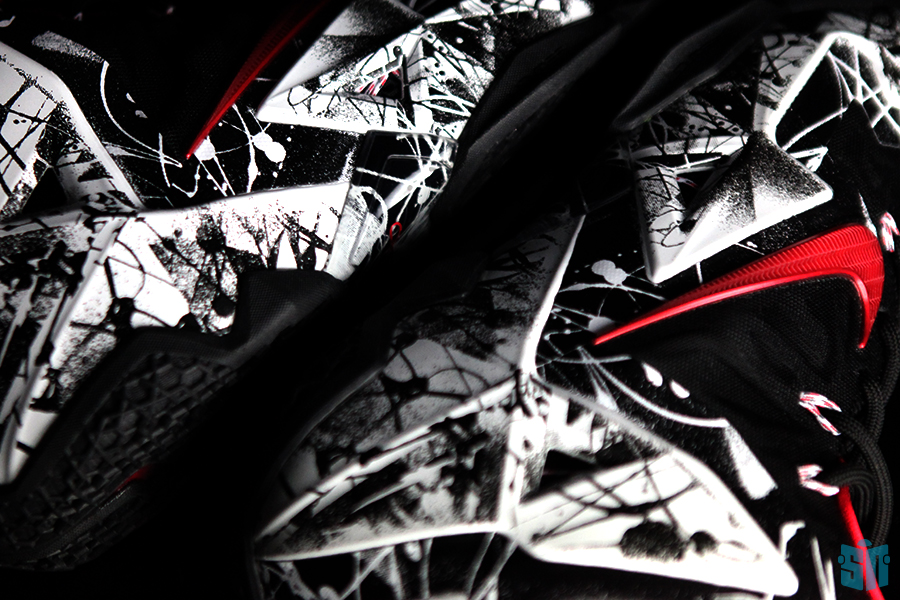