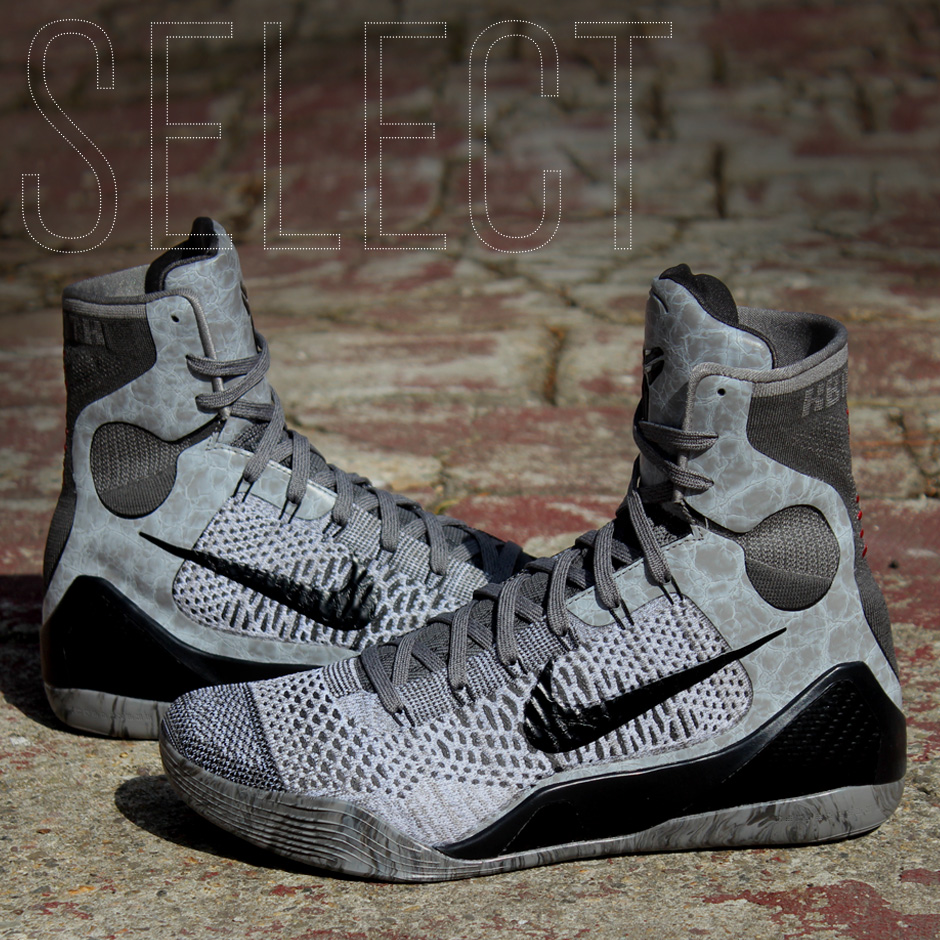 Nike Kobe 9 Elite: All in the Details

When it comes to sports, perfection is an elusive prize, and whether you achieve it or not, it’s that undying pursuit of perfection that drives players to become truly great. You can make the argument that Kobe Bryant has come as close to mastering the game of basketball as anyone who’s ever played it. Years of hard work, determination, and intense focus have resulted in a legendary on-court run highlighted by five NBA Championships, two Olympic gold medals, and league MVP honors, and despite all that success, Kobe is still as hungry as ever. Although injuries have derailed the better part of the last two seasons, knowing how hard he’s ready and willing to push himself towards greatness, you can never count Kobe out.

The same can be said for his shoes. Even though Bryant has missed considerable time on the court as of late, his Nike signature sneaker line hasn’t missed a beat. After a strong run by the Kobe 8, last December, Nike dropped jaws around the world with the introduction of the ninth chapter in the series. Prior to the Kobe 9, the past five Kobe models all featured a low ankle cut that had come to be seen as a steadfast staple of the line, so when Eric Avar and company decided it was time to switch things up, there was nothing subtle at all about the transition.

The Kobe 9 Elite shattered the preconceived notions of what to expect from a Kobe shoe thanks to its super high ankle design and the debut of Flyknit technology on a Nike Basketball shoe. Also equipped with Flywire cables, a carbon fiber heel counter and Lunarlon cushioning, the shoe’s dynamic appearance is achieved through some of the most progressive and innovative performance problem-solving to ever come out of Beaverton. Form and function have come together as one, and the result is not only a groundbreaking basketball shoe, but a triumphant work of art that will no doubt inspire the future of the Swoosh legacy.

To properly usher in the new model, Nike treated the Kobe 9 as the artistic achievement that it is, unveiling the “Masterpiece” colorway at the Museum of Contemporary Art in LA, followed a special three-shoe collection based on some of the artistic and cultural inspirations behind Kobe’s unique approach to life and basketball. Now that the “Inspiration” and “Perspective” installments have released to the public, the final leg of the trio is ready for its time in the spotlight. Offering one of the most sophisticated and visually stunning Nike colorways ever seen, the Kobe 9 Elite “Detail” is all set to release on March 22nd, but before it does, we’ve got an in-depth look at some of its finer points in the pages ahead. 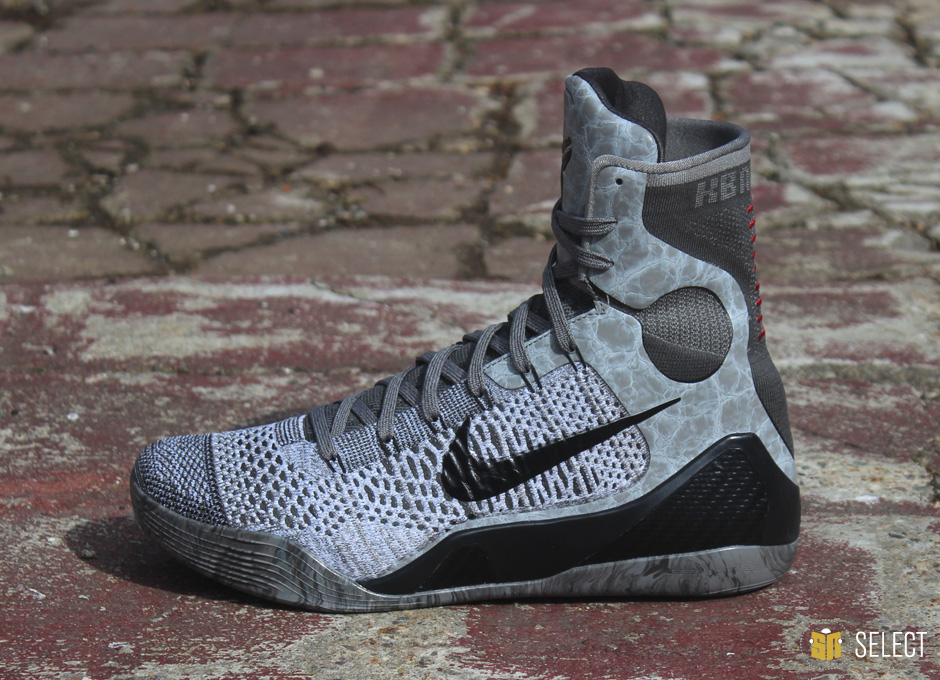 MASTERS OF THEIR CRAFT

Kobe Bryant approaches the game of basketball like an art form, tirelessly working to hone his craft and all that comes with it. To see him play is a thing of beauty and an art in itself. For the “Detail” Kobe 9 Elite, Nike Basketball designers took inspiration from

unparalleled Italian Renaissance artist, Michelangelo, using the appearance of intricately carved stone to bring the concept to life and give the Black Mamba a game shoe look as fitting for a museum display as it is for the hardwood. 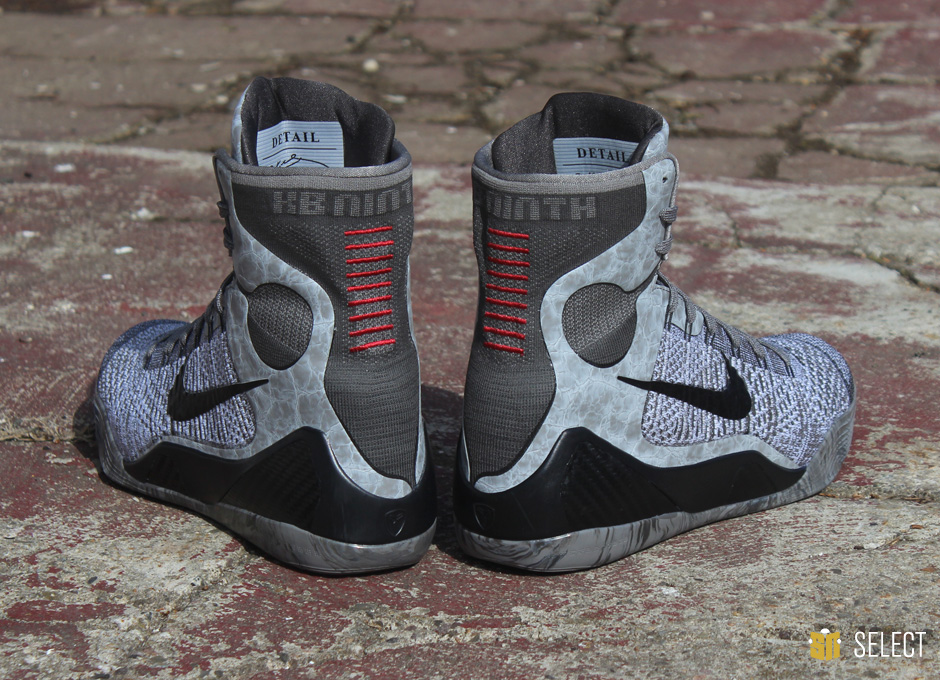 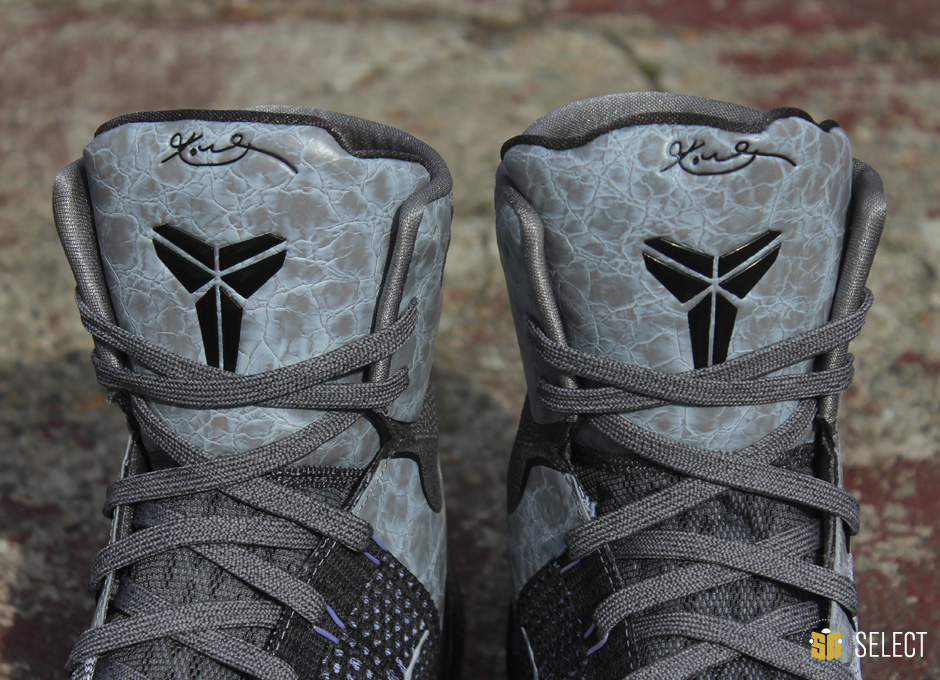 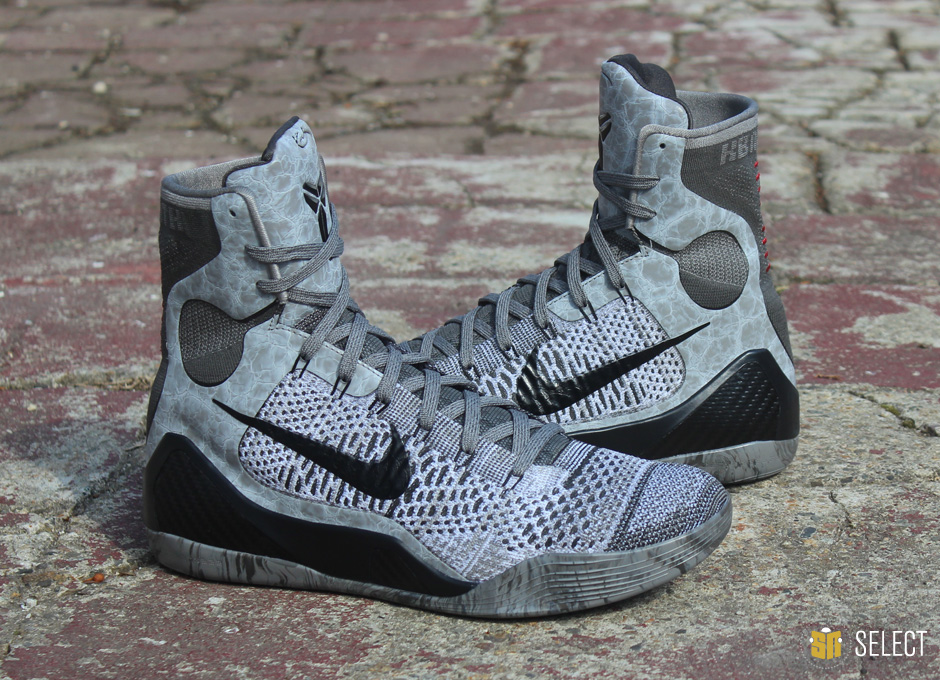 While most people’s eyes will go right to the intriguing Flyknit patterns, a closer look reveals large sections of the upper sporting an incredibly intricate texture pattern used to create the illusion that the shoe has been chiseled out of stone. It seems safe to say

that Michelangelo himself would be impressed by the design of the Kobe 9, and if he had a chance to sculpt them, it’s hard to imagine his version not looking pretty similar to what Nike has triumphantly crafted for the “Detail” colorway. 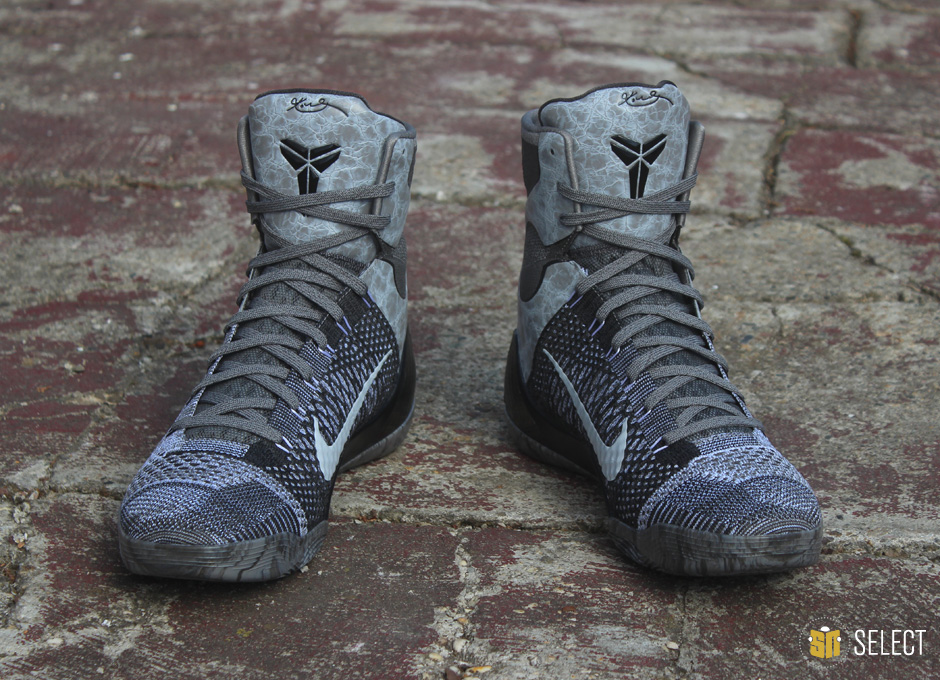 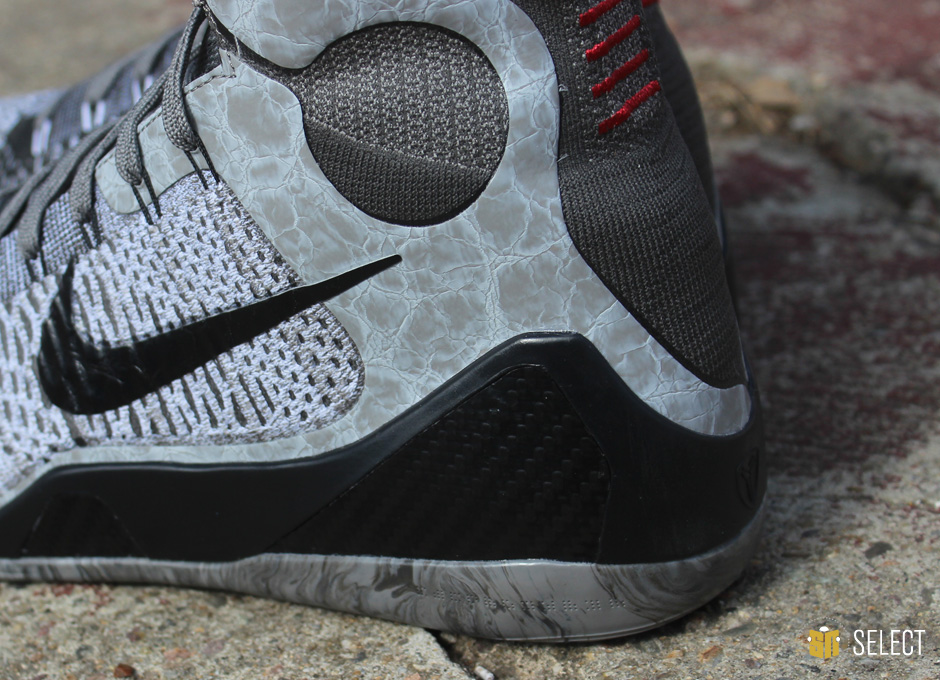 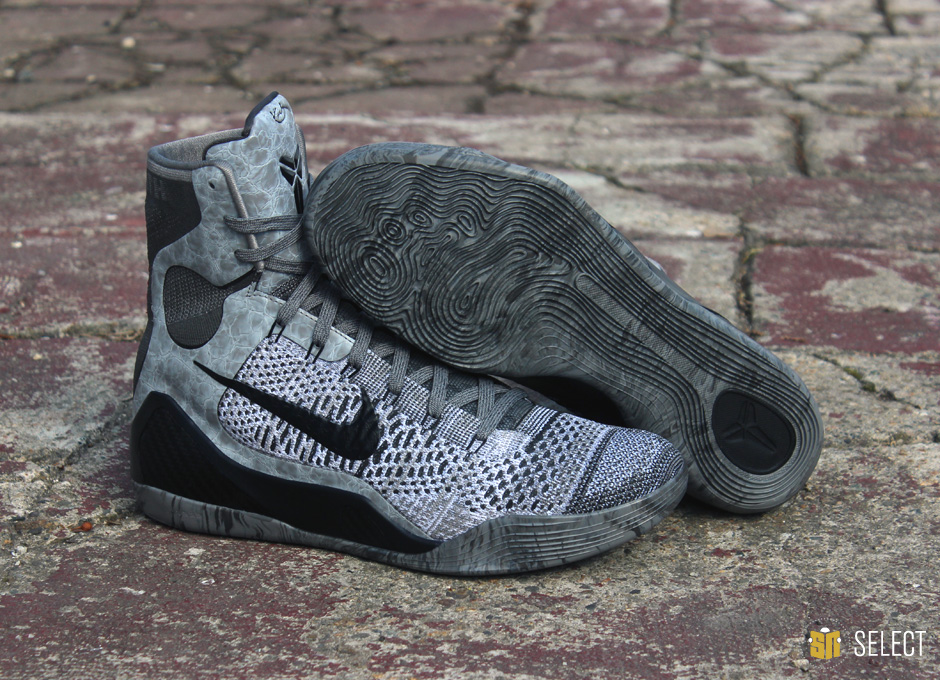 On its own, the design of Kobe 9 Elite’s midsole/outsole is pretty jaw-dropping. Featuring a pressure-mapped pattern that mimics the natural contours of the foot to ensure optimal traction and a durable underfoot response, the outsole is met by multi-piece carbon fiber-infused heel counter for a strong, yet lightweight source of

lateral stability. What makes the sole of the “Detail” edition an even greater sight to behold is the added touch of a swirling marble pattern that further helps this version of the shoe to resemble a finely crafted piece of sculpture art. 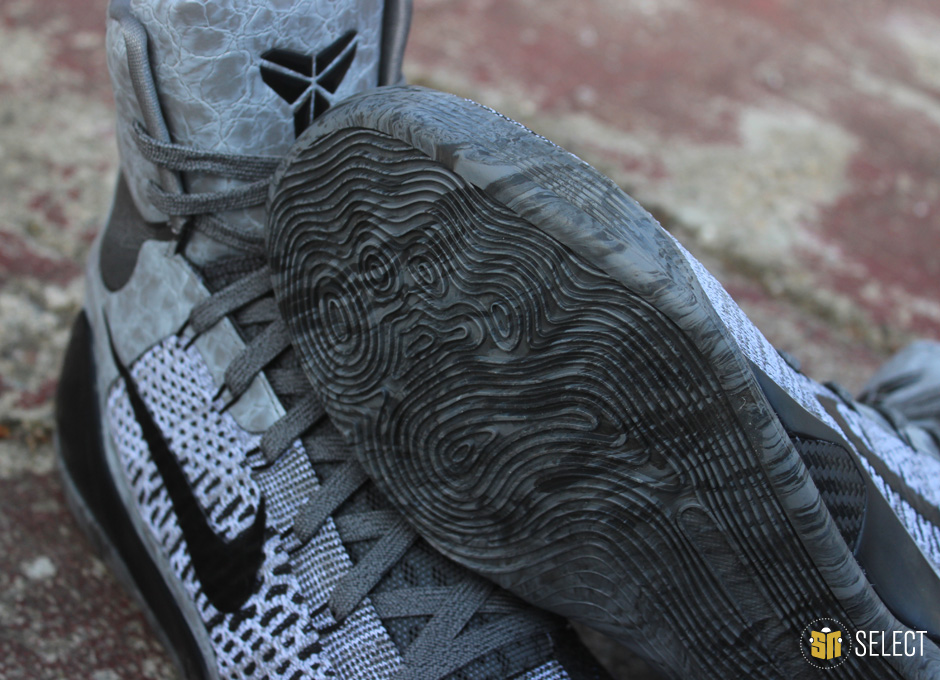 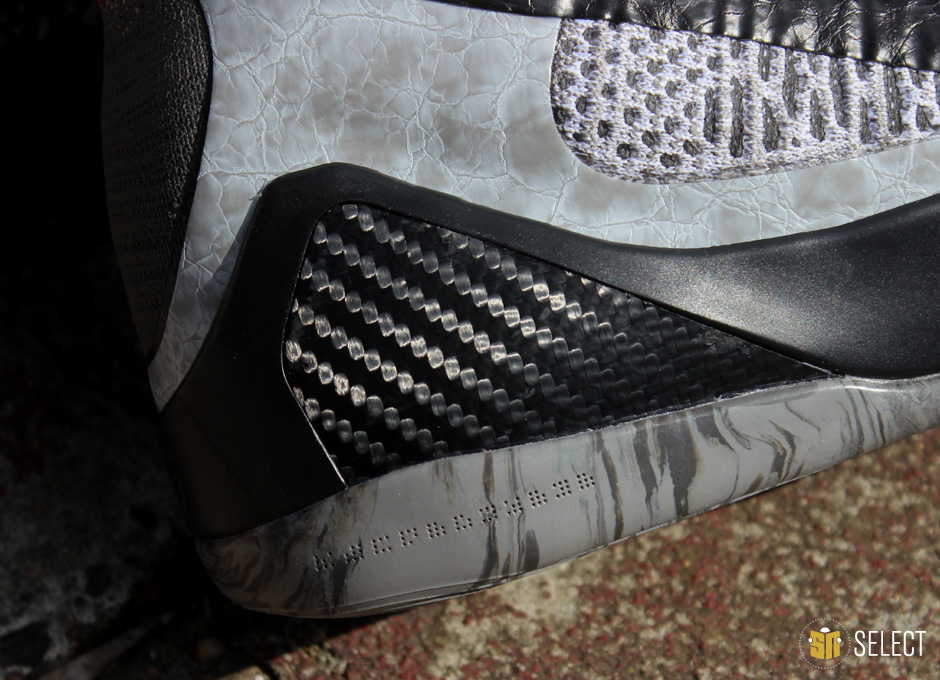 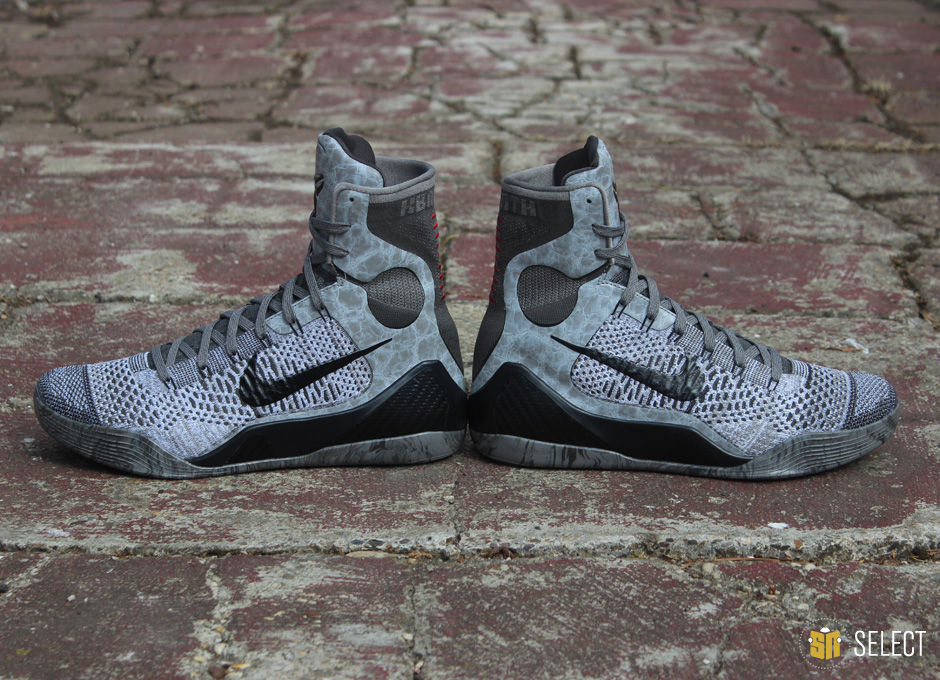 Kobe Bryant got to where is today by being mindful of the small details that distinguish a good player from a great player. Only through a deeper understanding and complete dedication to the game can true greatness be achieved, and this shoe stands as a reminder of the “above and beyond” attitude that Kobe has always

approached the game of basketball with. The Kobe 9 in general can be regarded as an achievement in detail execution, but the “Detail” colorway in particular stands as a symbolic testament to the tireless efforts the Black Mamba has poured into being a diligent student of the game for all these years. 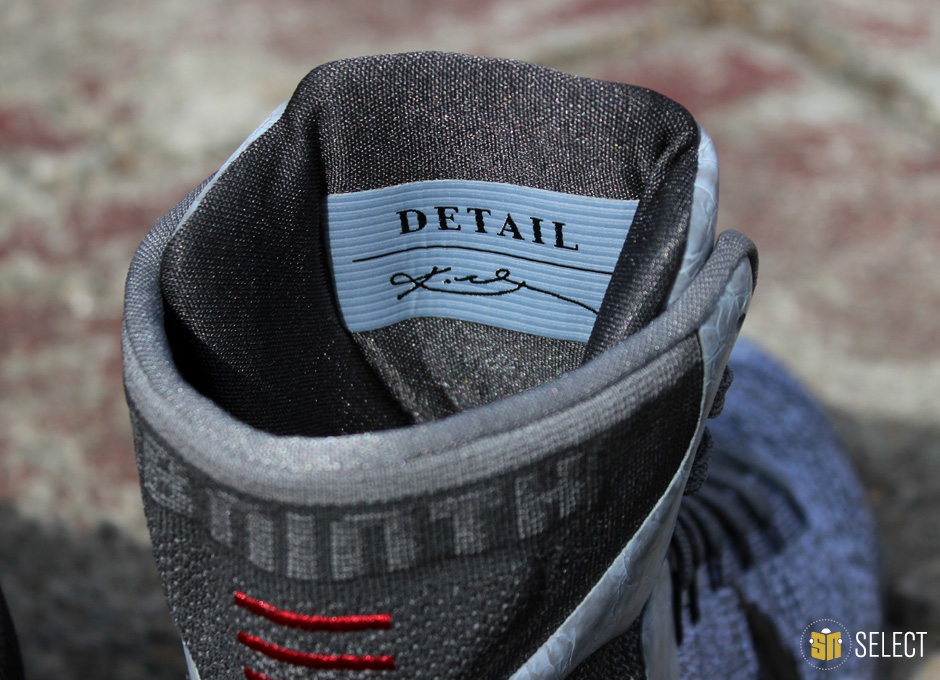 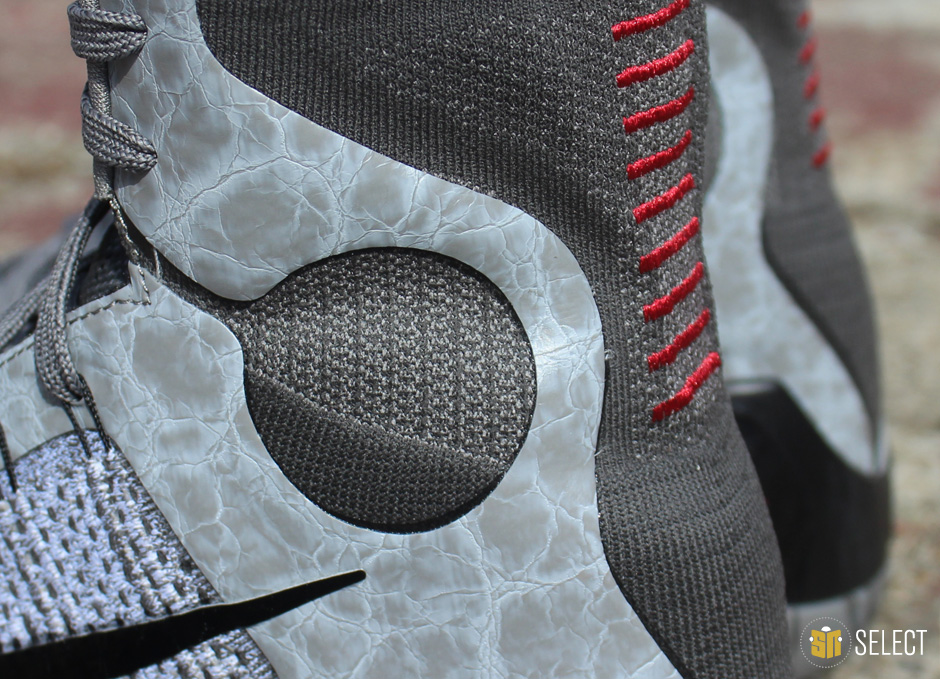 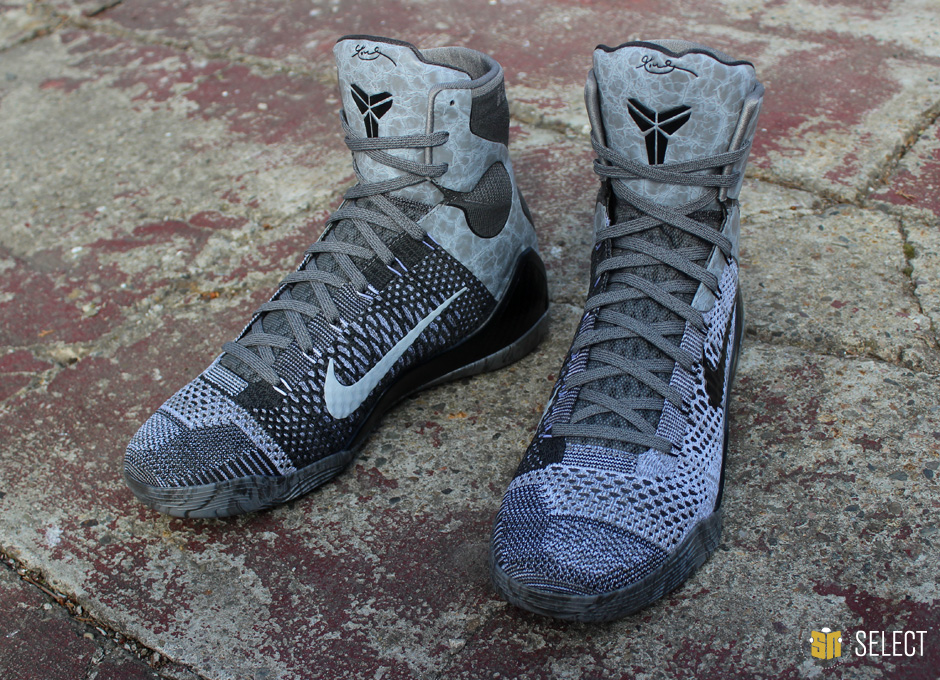 THE ART OF FLYKNIT

Although still a relatively young innovation, we’ve already seen Nike’s Flyknit technology used in a wide variety of ways, whether it be for different performance applications or simply just based on it appearance. While the placement and patterns on each Flyknit-equipped shoe are carefully calculated and engineered, there is

a sense of wild freedom to the way it all comes together visually. The Kobe 9 Elite is certainly no exception, not only introducing the idea of a lightweight one-piece Flyknit-constructed upper to the world of Nike Basketball, but also giving the shoe an incredibly unique aesthetic component in the process. 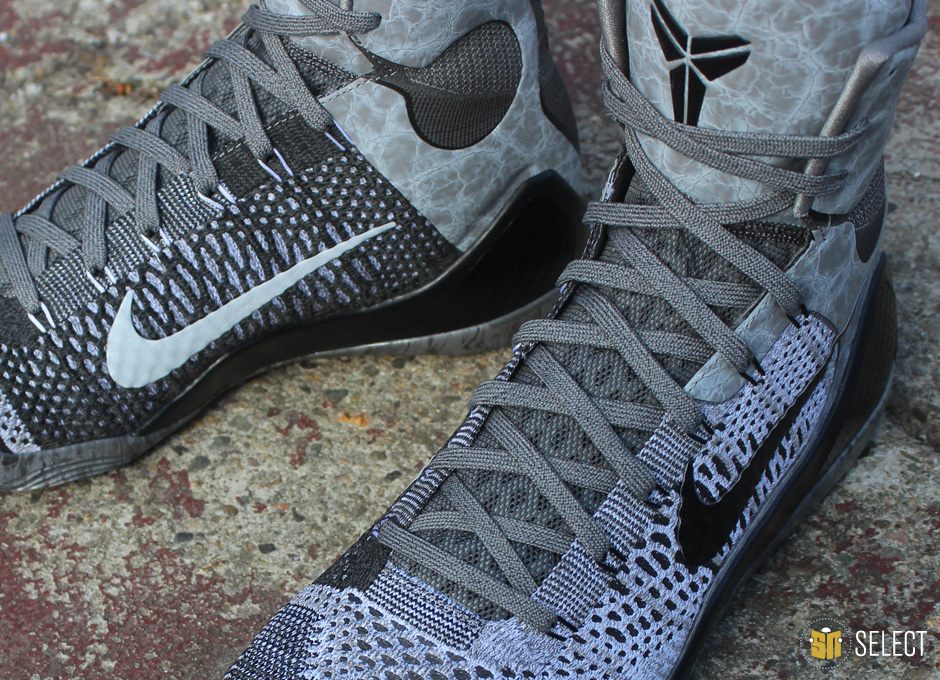 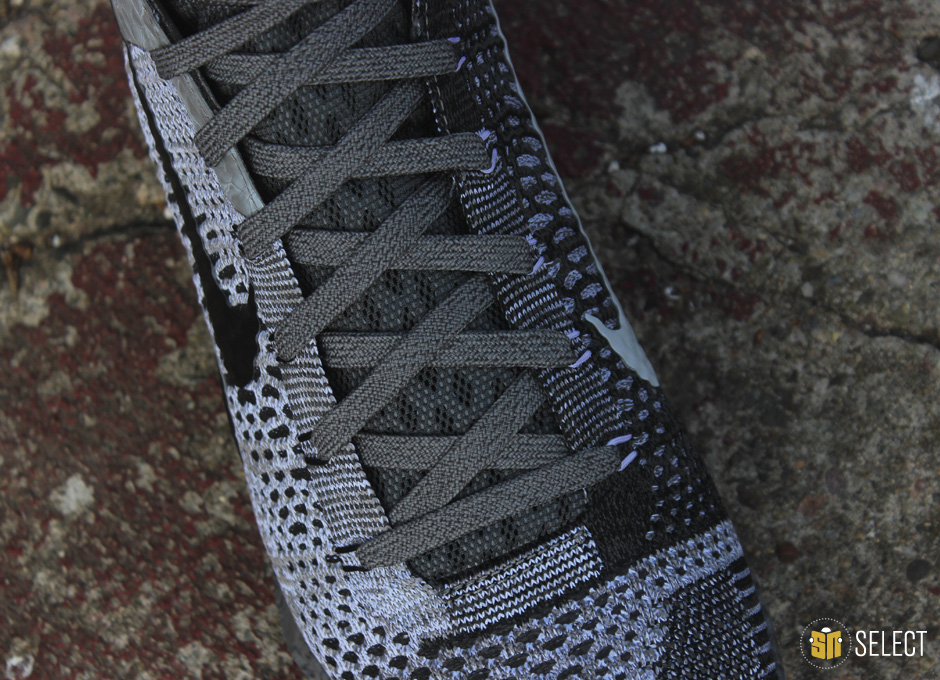 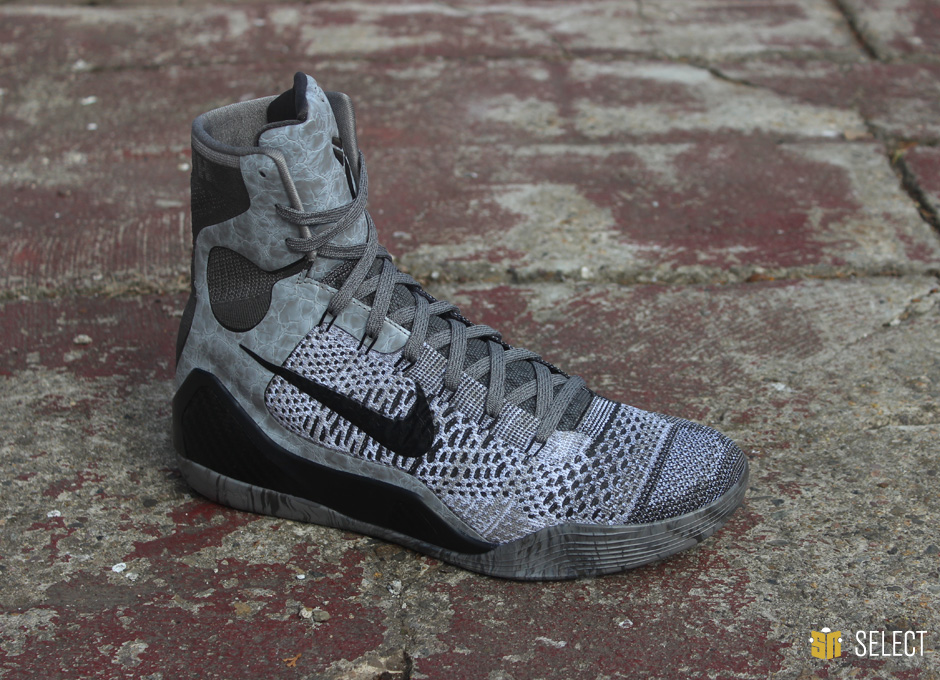 Like Michelangelo, Kobe Bryant also shares Italian roots, making the “Detail” colorway of the Kobe 9 an even more perfect marriage of design inspirations. When Kobe was six years old, his father moved the family to Italy while finishing out his professional playing days. While there, Kobe learned to speak Italian and Spanish, got heavily involved in playing soccer, and became enamored with

the culture around him. While he eventually made it back to the States by the time his high school basketball career was starting, Bryant has always fondly reminisced of his time spent in Italy and the “Detail” Kobe 9 now pays tribute to that period of his life through the timeless art and culture of the country. 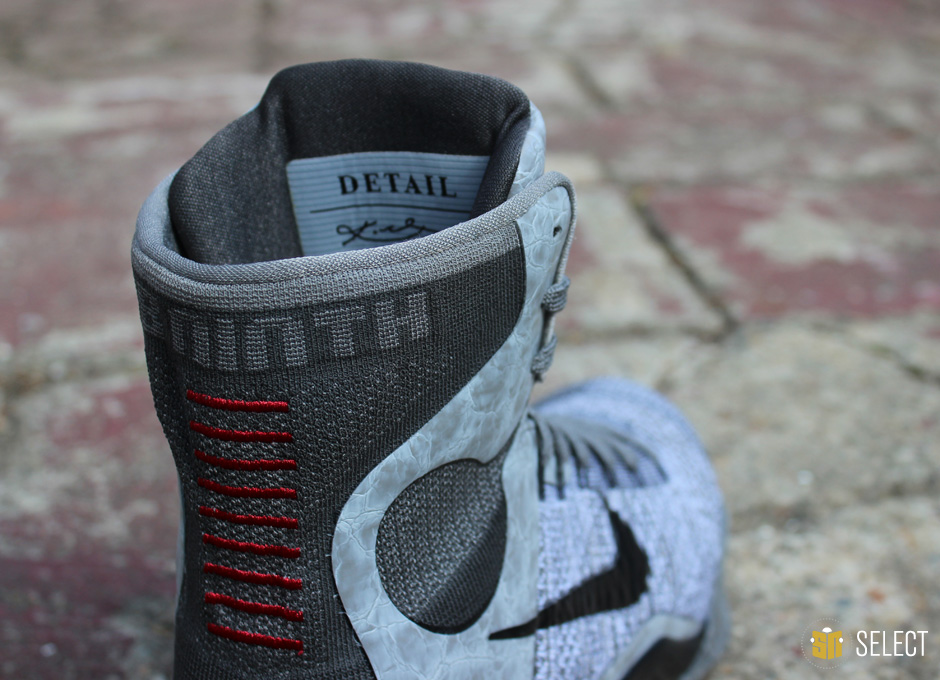 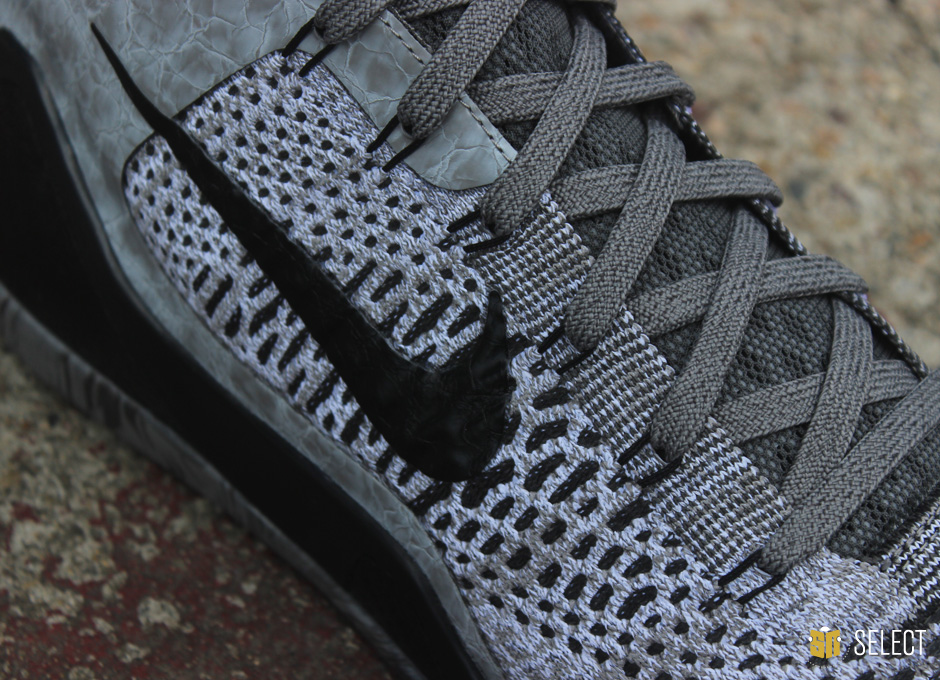