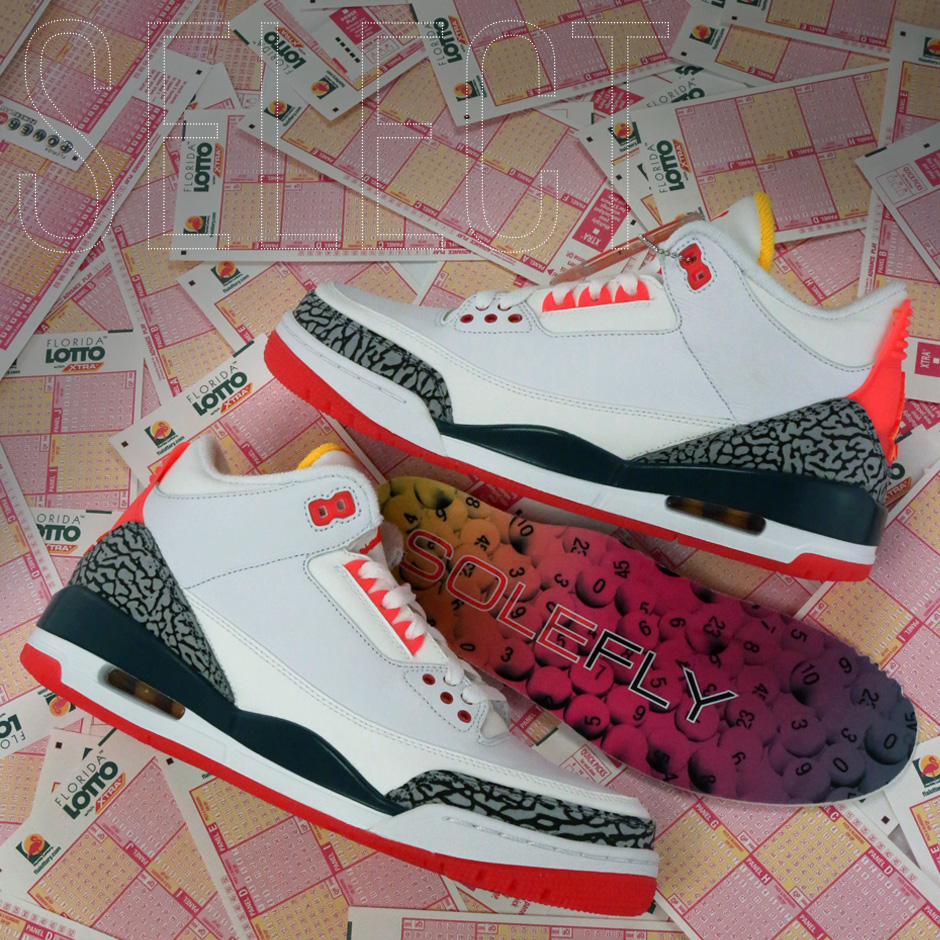 Outside of PEs and other special editions created for players and celebrities, it’s pretty rare to see Jordan Brand do collaborations with outside partners. Over the years, we’ve seen a handful of such cases; the much-coveted UNDFTD Air Jordan IVs, Dave White’s paint splattered Air Jordan 1 creations, and even the denim-centric Levi’s 23/501 pack from 2008 to name a few. These instances have been few and far between, but there’s now another pair on the horizon that will soon join that exclusive company.

Miami shop, Solefly, has actually been one of the chosen few to already go down this road. We saw them team up with Jordan Brand back in 2012 to celebrate their two year anniversary with a special Miami Hurricanes-inspired Spiz’ike, complete with Solefly branding on the pull tabs. For their follow-up, the stakes have been raised significantly, this time taking on the challenge of coloring up one of the most beloved models in the Air Jordan lineage.

Solefly’s Air Jordan III is a careful blend of old and new. At a quick glance, the shoe follows the same tried and true blocking formula of the iconic OG editions, but a closer look reveals some vibrant accent colors that give the shoe a fresh new spin that’s full of Miami flavor. Inspired by the Florida lottery, which appropriately launched in 1988, the classic AJ3 blueprint gets made over with bright hits of red and yellow, a dark green midsole, and white reflective 3M panels for some added pop.

The shoe has already built considerable buzz thanks to the teaser photos and celebrity sightings, and the Jordan-hungry masses have been eagerly awaiting news on a release. Unfortunately for the vast majority out there, the super-limited run will be distributed to Solefly friends and family in celebration of the shop’s 3rd anniversary, and we’ll still have to wait to see if any are made available to the public. Continue on for our exclusive Solefly x Air Jordan III image gallery as well as an interview with Solefly’s Giancarlos Rodriguez, and be sure to stay tuned in the coming weeks for more info on this upcoming colorway. 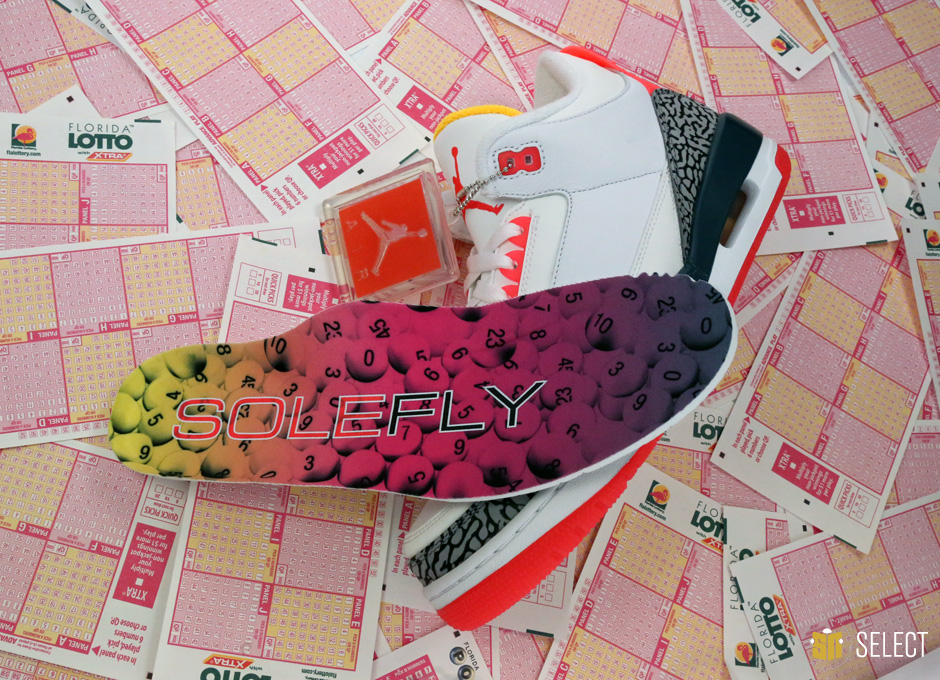 Sneaker News: For those who may not be familiar with SoleFly, please give us a quick rundown of the store’s history.

Giancarlos:  Solefly is located in South Miami, FL just south of the University of Miami. The store had its Grand Opening in July of 2010, and is partly owned by Carlos Prieto, and Daniel Hidalgo two avid sneaker heads with the same dream to own their own brick

and mortar since they were kids. The store has since obtained numerous top tier accounts, and has gained attention by sneaker fans from all over the world. 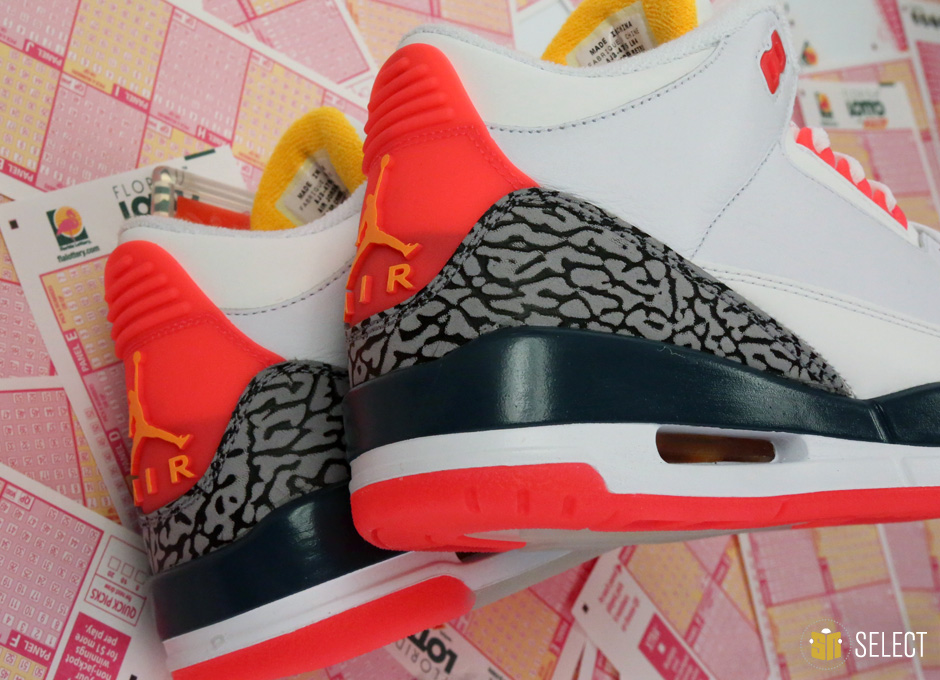 SN:  It’s pretty rare for Jordan Brand to do collaborations, especially on a Retro model. How exciting was it to have the chance to design your own Air Jordan III and how did this project come about?

Giancarlos:  It is a blessing to have been given the opportunity to work with a company like Jordan Brand, even more so when you get to design your own sneaker, let alone a Retro III. This project was attained because of the substantial relationship with the brand and the people involved. 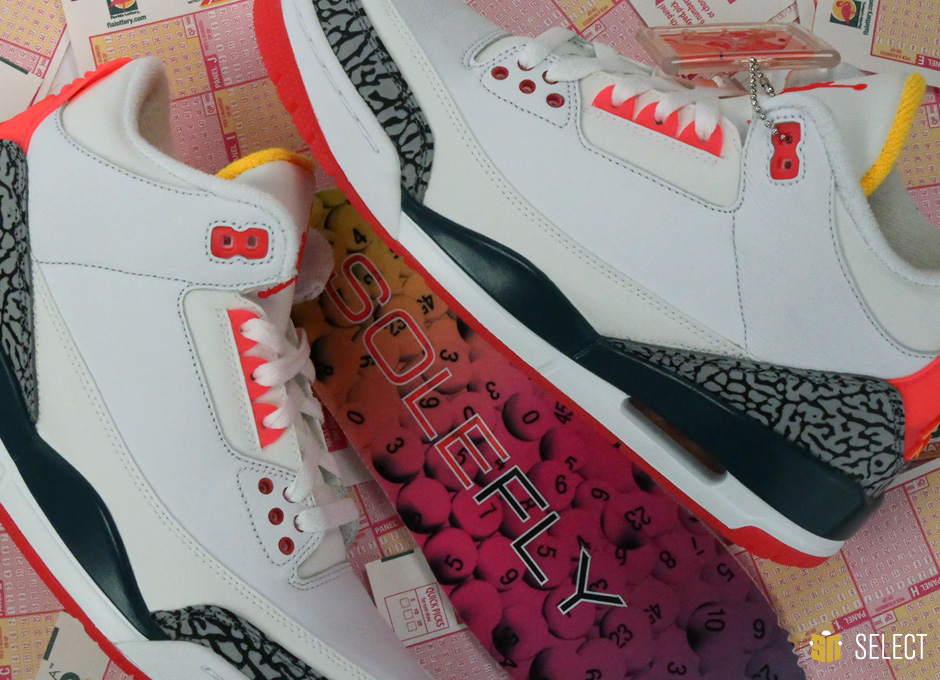 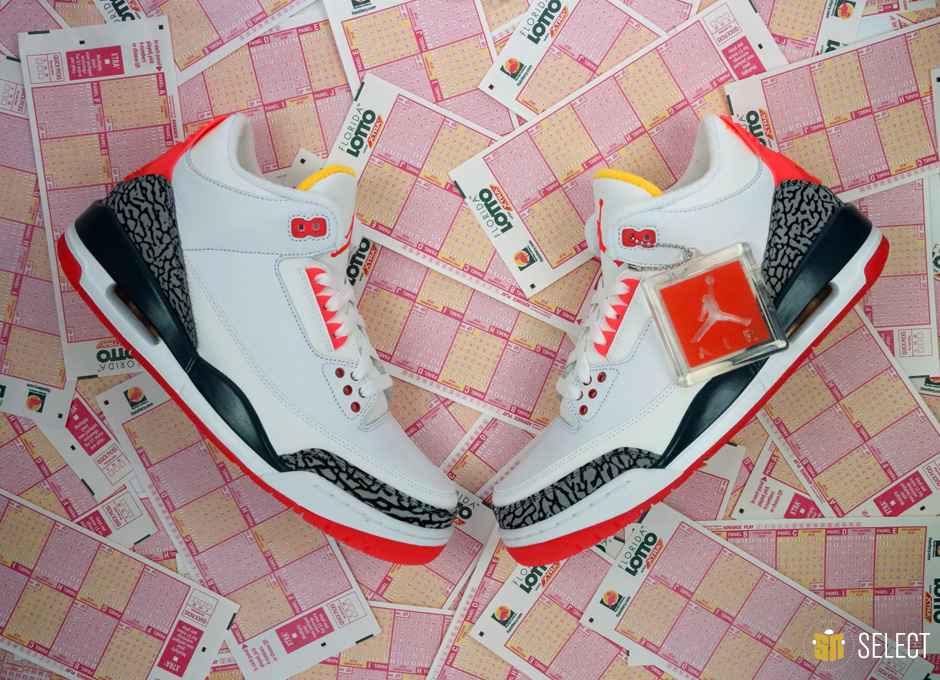 SN:  From a design standpoint, how did you guys approach this project? Did you have a clear concept or inspiration going into it or did it come together along the way?

Giancarlos:  Once we knew that we had the green light, we knew right out of the gate what we wanted the shoe to procure. The three of us (Carlos, Danny, Giancarlos) being born and raised in Miami, and coming from a Hispanic background have always had family

members playing the lottery. It seems like a hereditary trait for a Hispanic in Miami to play their chance. So it seemed right to pay homage to that aspect of our lives. 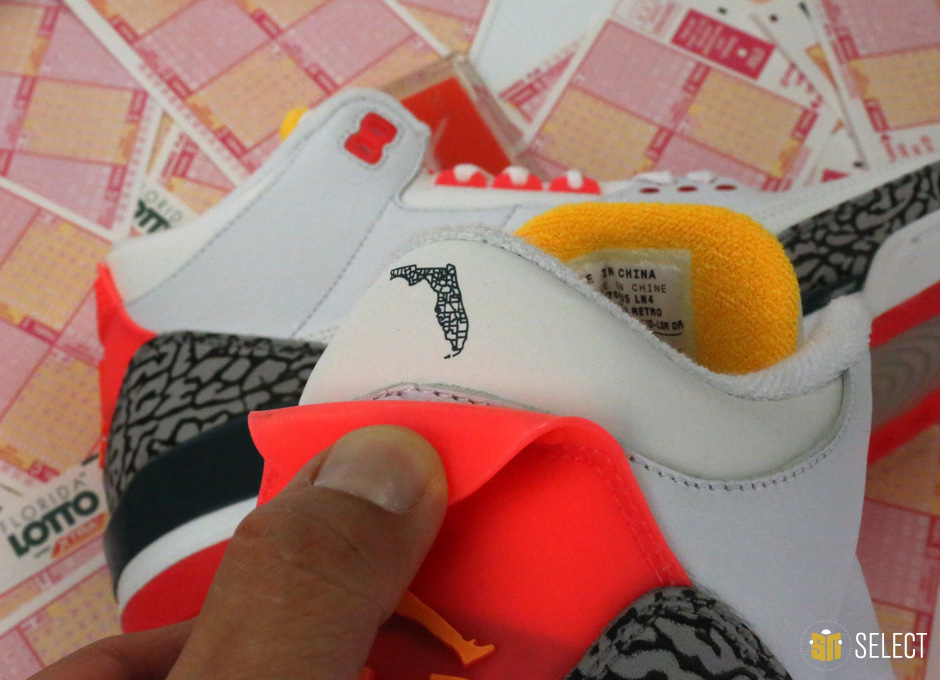 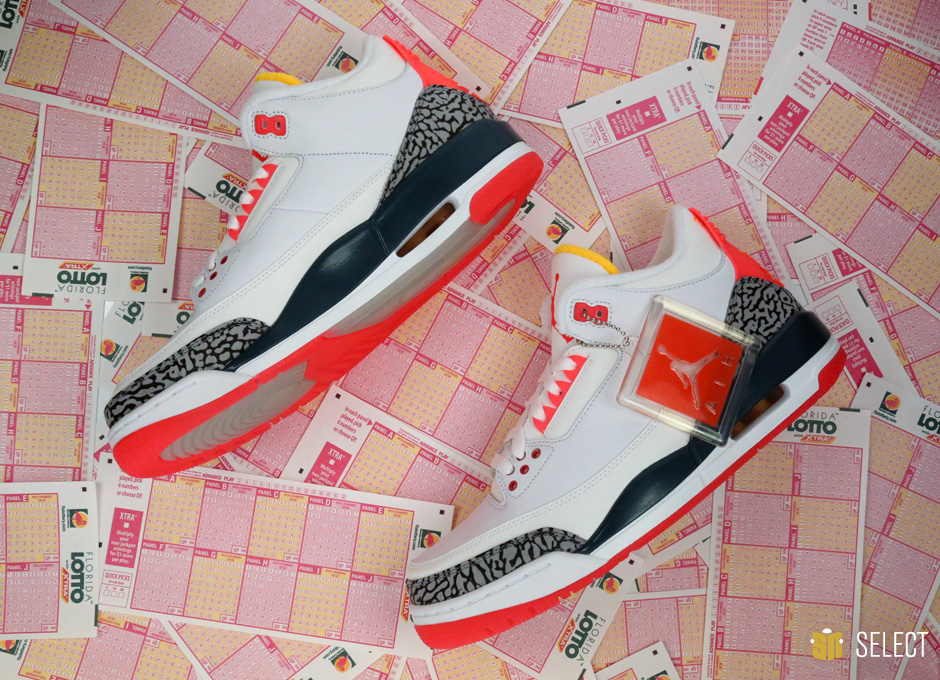 SN:  Please fill us in on why the specific colors and materials were chosen.

Giancarlos:  The tumbled leather and elephant are nods to OG. The reflective speaks to innovation/technology, and the terry cloth lining is drawn from the beach life of South Beach. 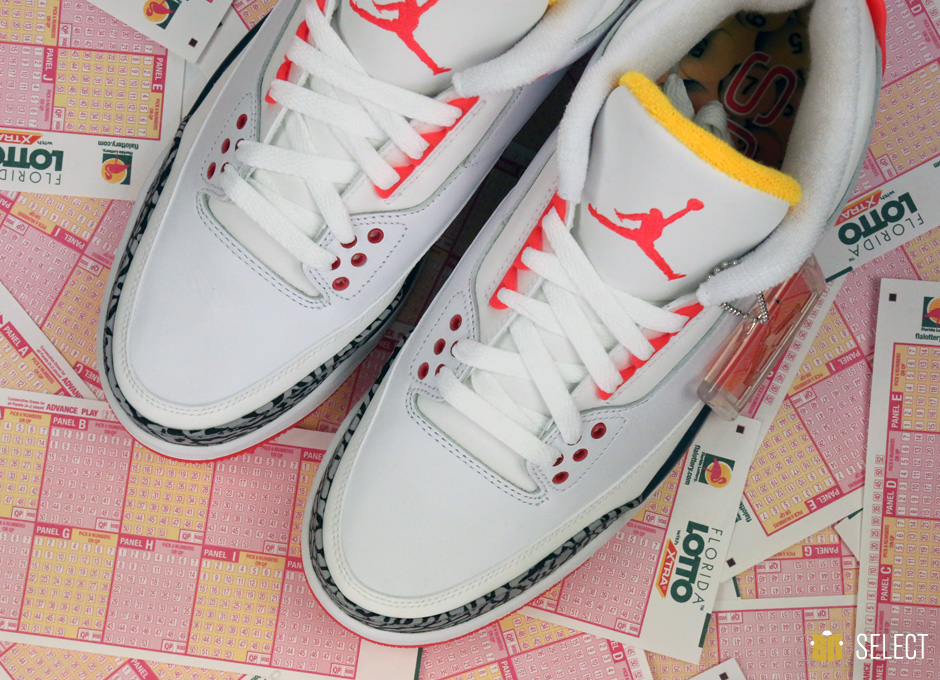 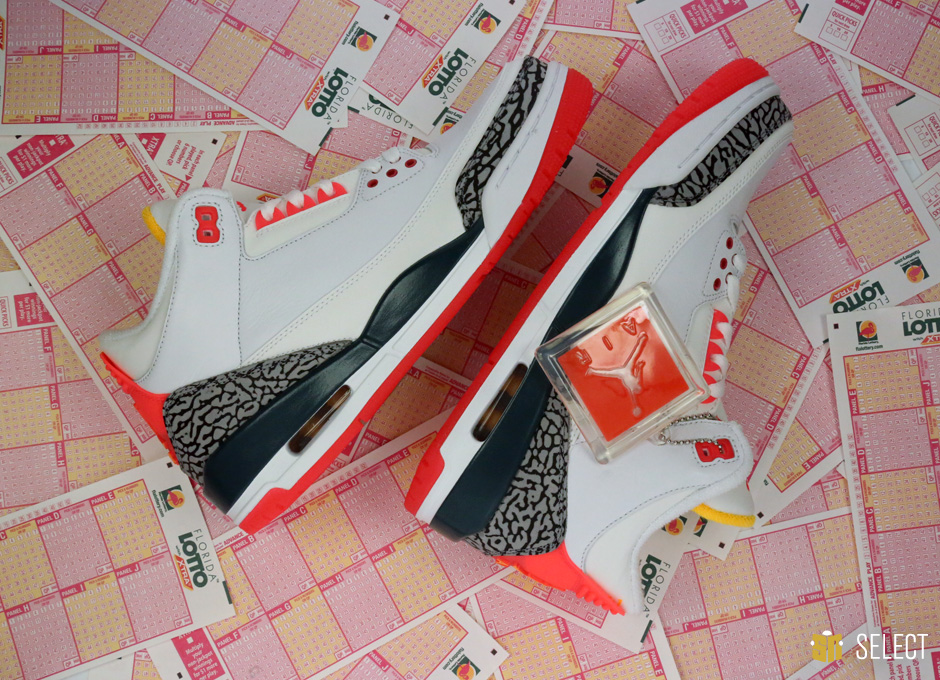 SN:  We’ve seen the special Miami-inspired details hidden behind the heel tabs. Were there any other personalized touches that you guys wanted to include that got shot down?

Giancarlos:  Actually, no this time we got it right the first go-around. 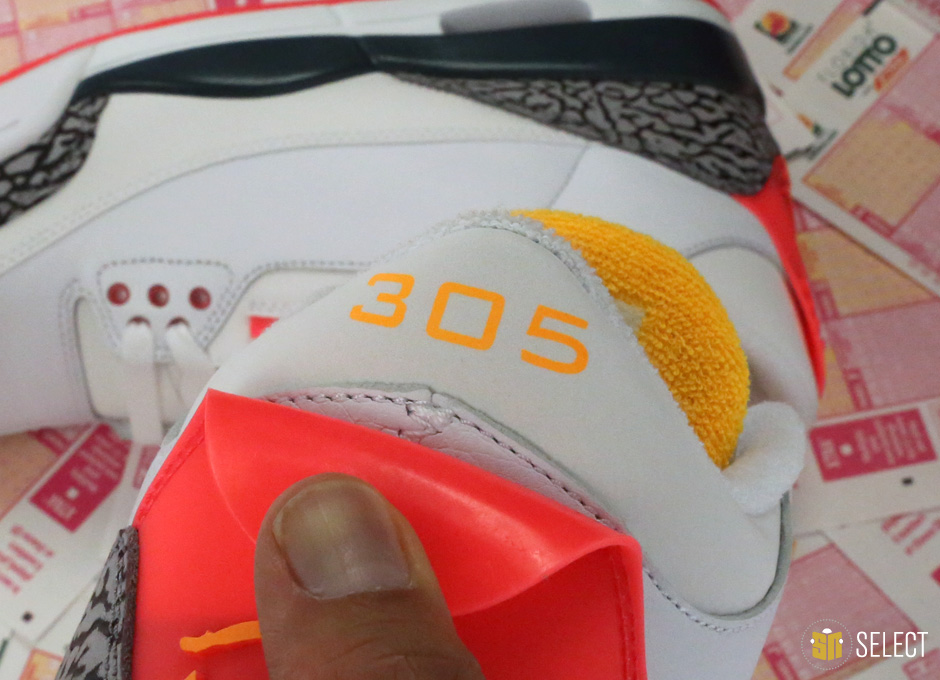 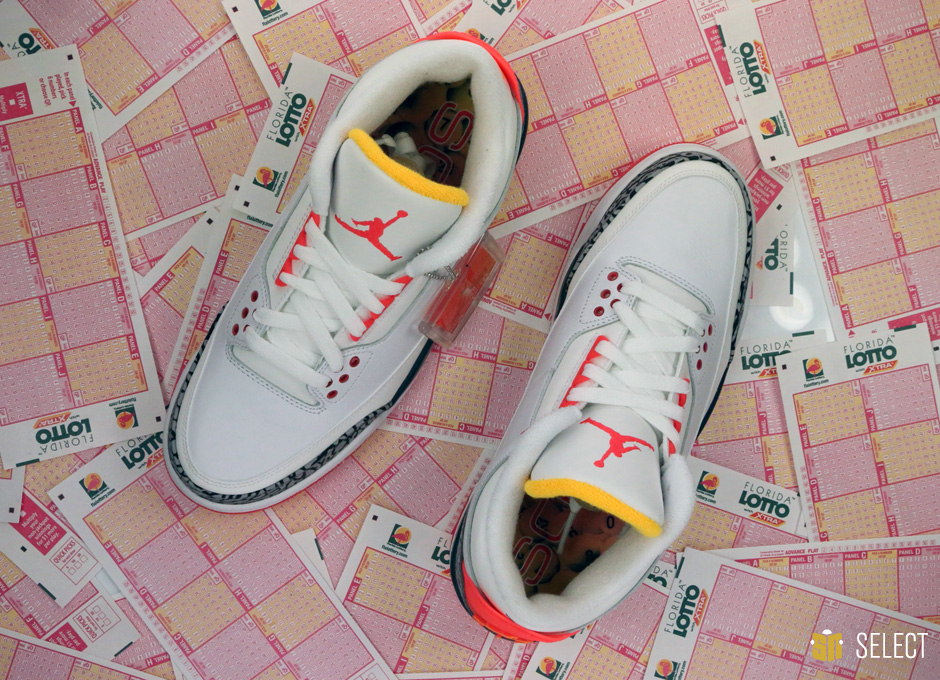 SN:  Is it safe to say that the SoleFly x Jordan Brand team-up will be an ongoing partnership, and are there any other projects already in the works?

Giancarlos:  That is a definite yes. We cherish the relationship we have with the brand, and everyone that plays a role in the company; family is a word that could be used to describe our relationship. We do have some projects in the works for next year, which everyone should be excited for. 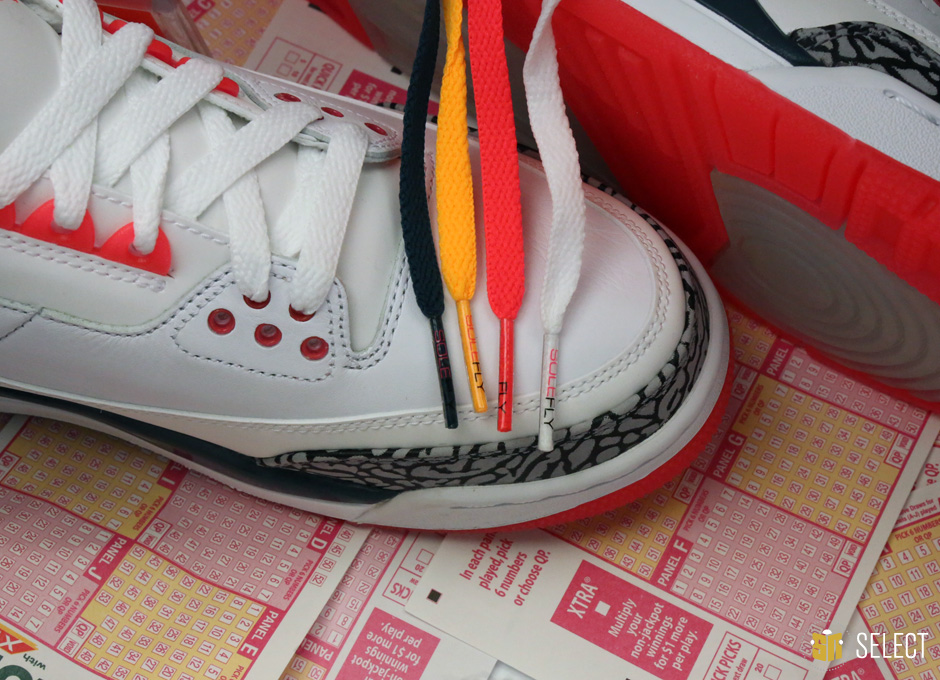 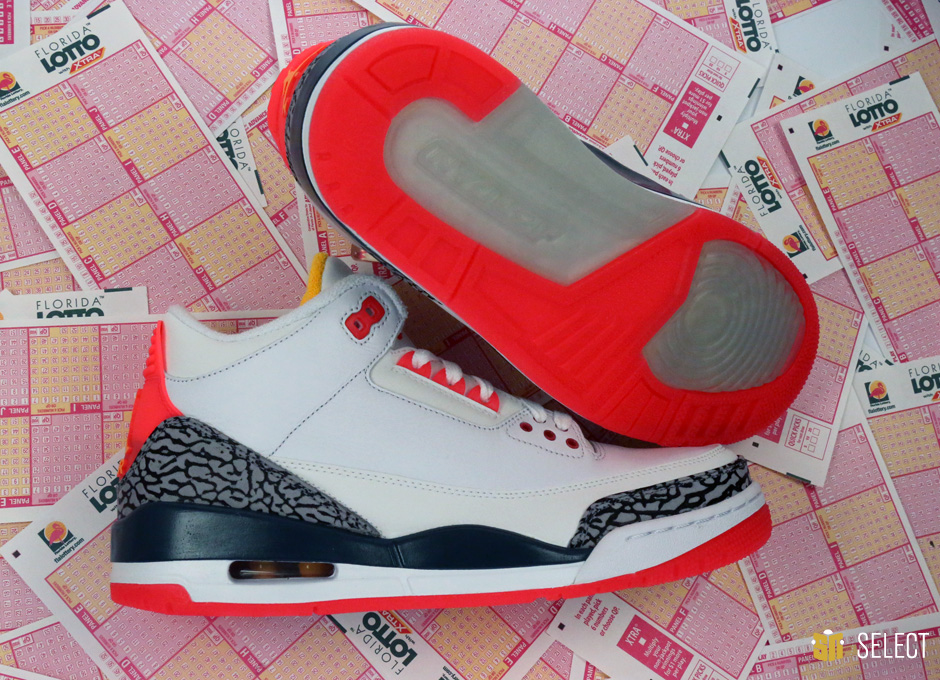 SN:  If SoleFly could choose any Air Jordan model to color up for a follow-up collab, what shoe would you love get your hands on next?

Giancarlos:  Without a doubt the next sneaker Solefly would want to get their hands on is a Retro IV. 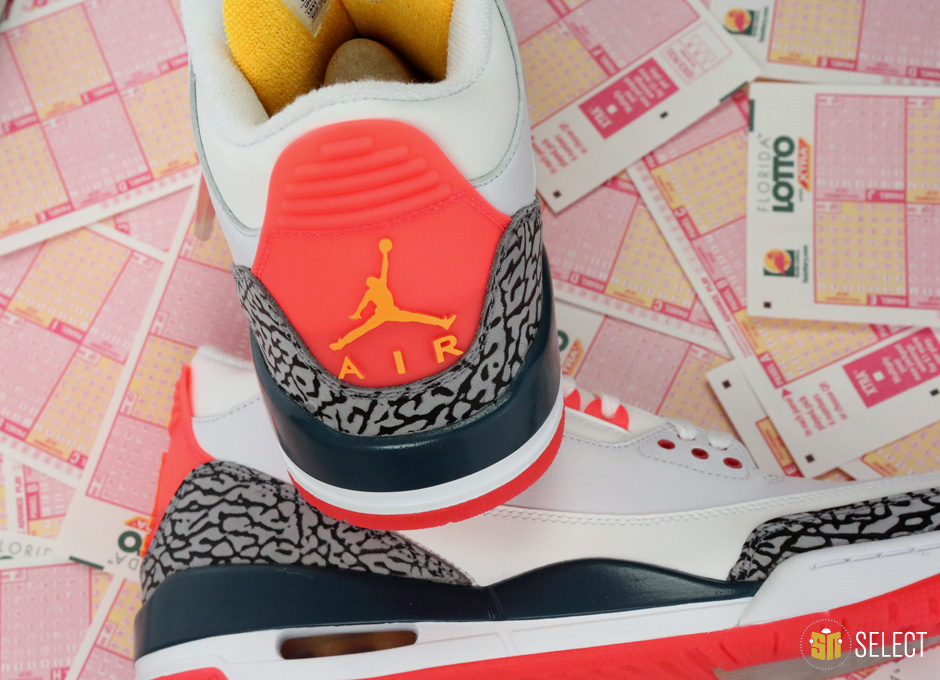 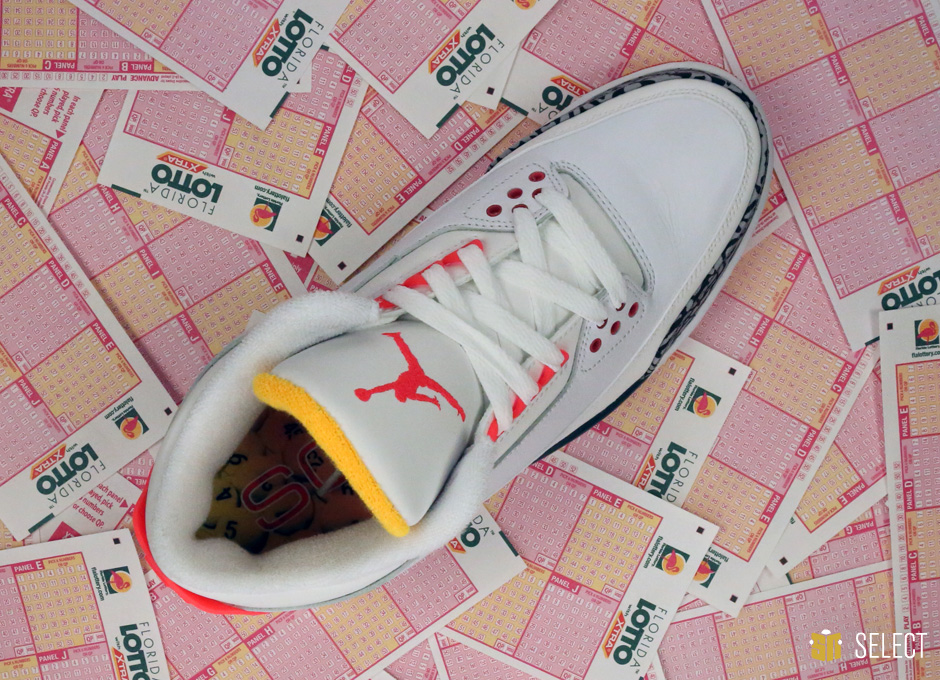 SN:  The SoleFly Jordan III will obviously be pretty tough for people to get their hands on. Why the decision to make them so limited?

Giancarlos:  This is our first time working on a Retro model and we wanted some of the closest people working with Solefly to feel like jackpot winners. Whoever does obtain a pair should feel like a millionaire. 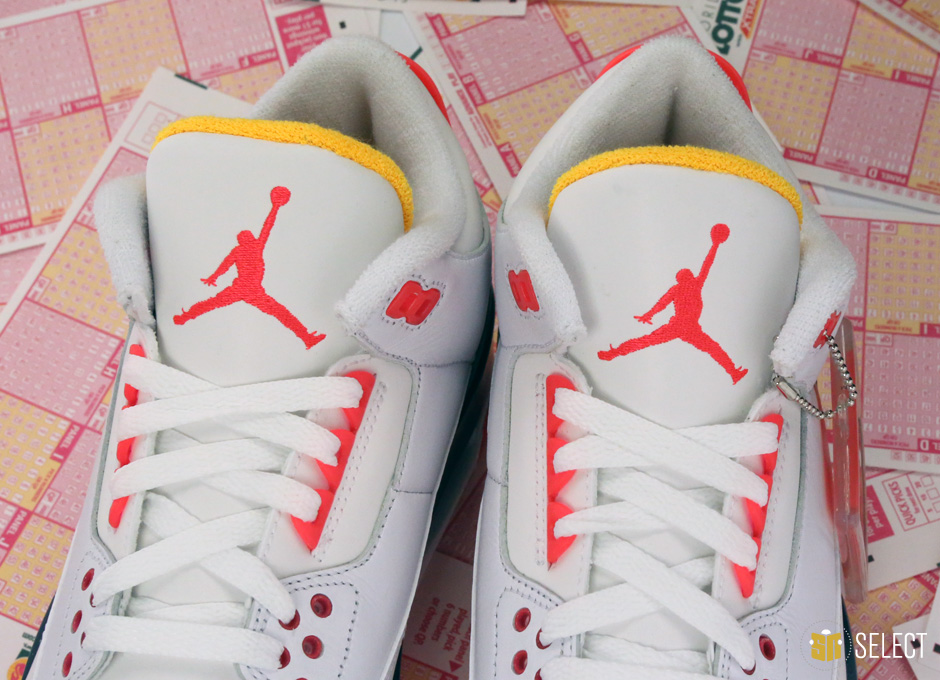 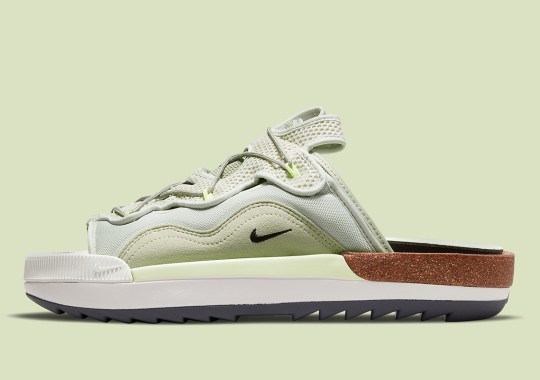