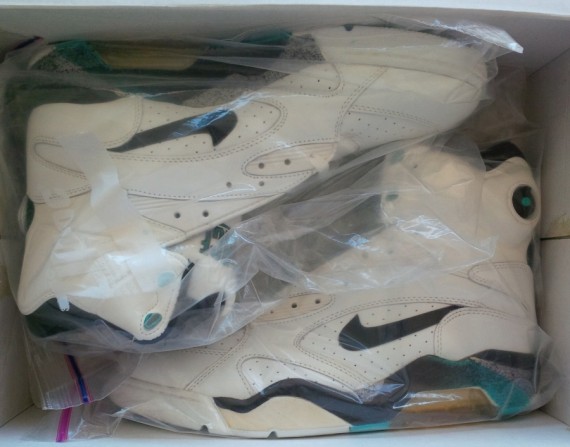 We know you’re excited about the pending return of the Nike Air Command Force in all its original glory, but lets not forget about some of the other pumped up pairs that Nike had during that era. For example: the Nike Air Force 180 High, a shoe that’s a little bit confusing in terms of nomenclature given that Barkley’s 180s are now known by the Nike Air Force 180 moniker with these taking the “Mid” suffix. Continue reading to get a glimpse at an original, only slightly cracked pair in the Emerald colorway and then see how much this archive piece will cost you from souliisole on eBay.