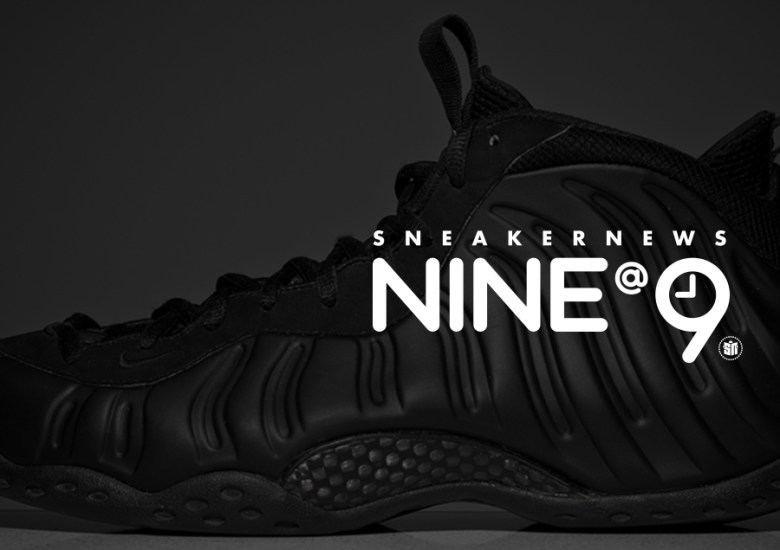 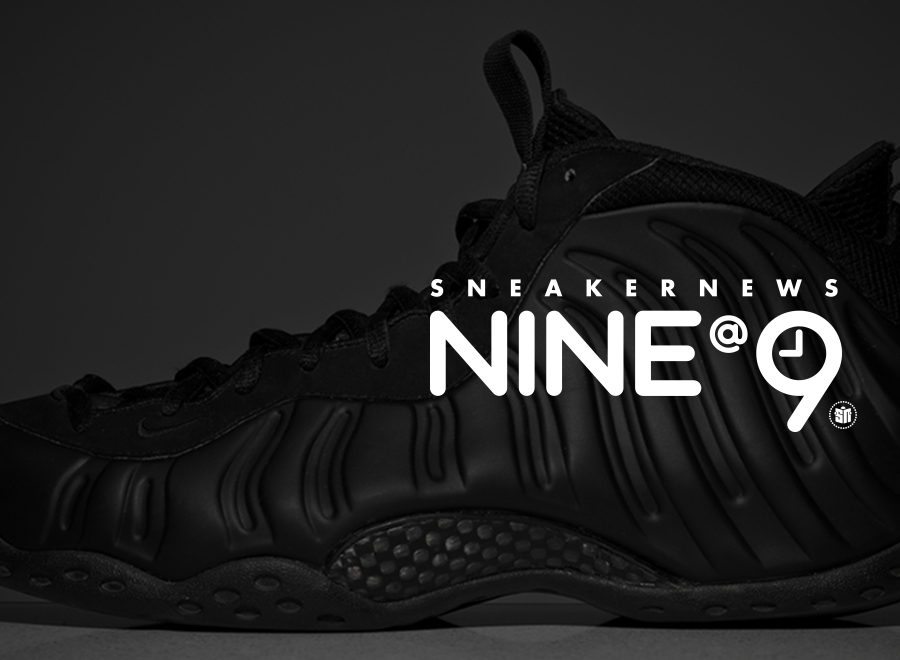 The Nike Foamposite line was a bright one from the get-go. Debuting the line were the Nike Air Foamposite One “Royal” and the Nike Air Foamposite Pro “Pearl”, two releases that didn’t exactly make the already eye-popping design any more subtle. But, when the floodgates were eventually opened in terms of retro colorways, there appeared some points where the shoes would trend darker. There’s another on one its way for this week in the form of the “Triple Black” Foamposite One.

Ahead of that release, we’re taking a look back at some of the previous Foamposite pairs that donned a black base. They aren’t uniform in their dedication to the darker shades, but they do each prominently sport black for the Foam upper. Early on it was the Foam Pro pioneering those sort of looks, a result of the Foam One’s longstanding refusal to show up in retro mode, but the Ones have since caught up in the past seven years. Continue reading to see our Black Foams selections for the latest edition of Sneaker News NINE@NINE and tell us in the comments which is your favorite. 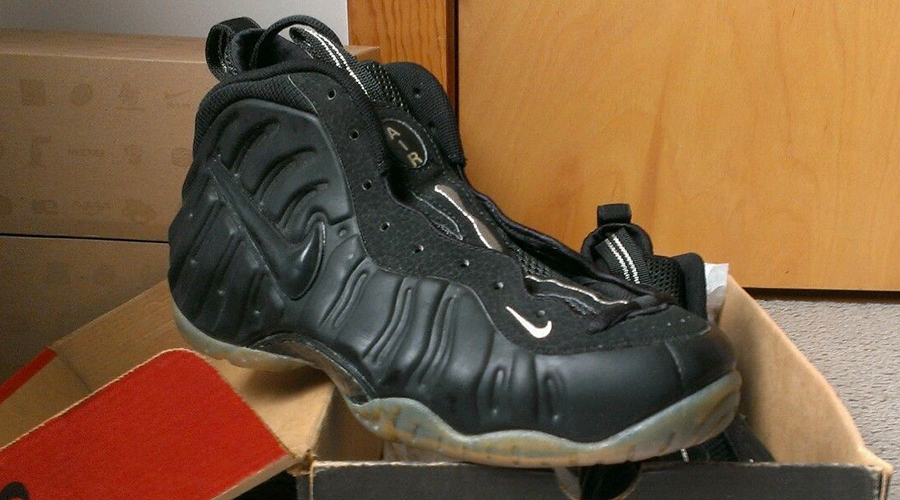 Early on, the Nike Air Foamposite Pro was allowed to get much busier with respect to colorways than the Foam One (The latter had just the “Royal” as its sole colorway for its first decade in existence). Teetering on the edge of the blackout look back in 1997 was this pair, which slipped a gum sole along bottom. Don’t forgot the 2002 spiritual successor that really committed by sticking black on bottom. 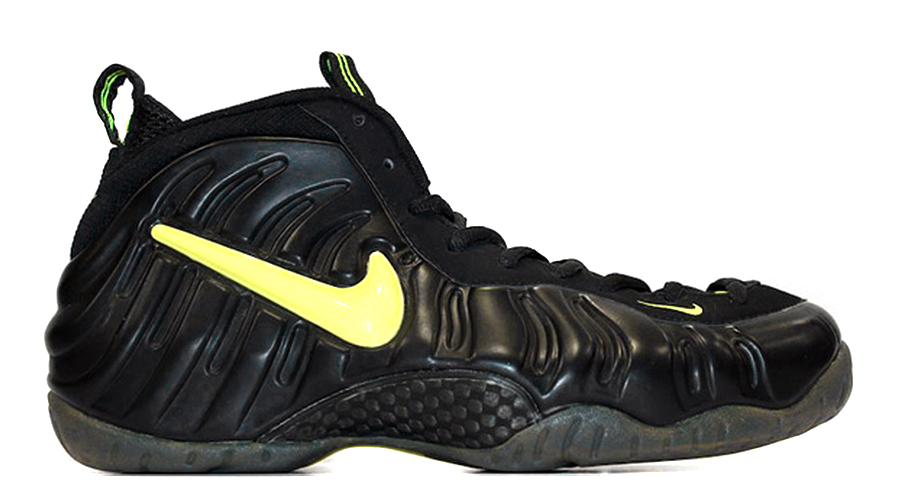 No, that’s not volt. This pair, again from 1997, got pretty close to the blackout look but then managed to pull back just a little bit with its bright, bulbous Swoosh across the side wearing the titular shade. Also sporting voltage yellow were accents in the pull tabs and the miniature forefoot Swoosh. 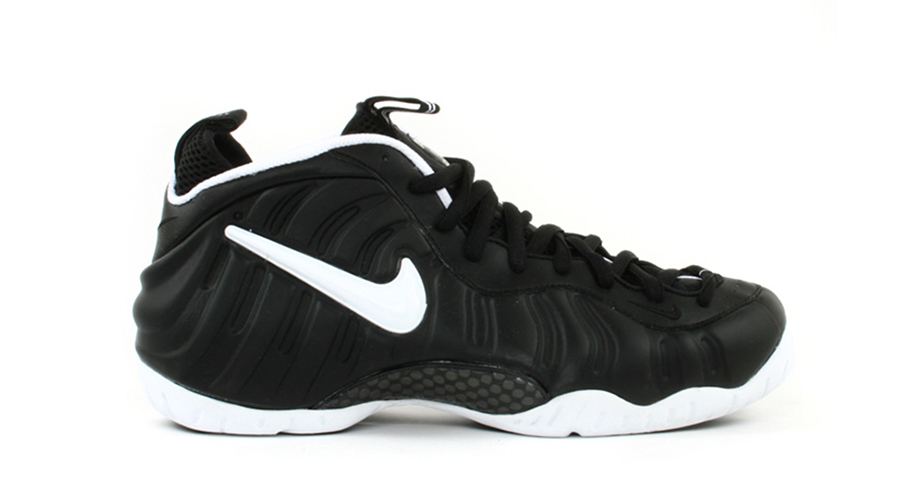 One of those rare white-soled Foamposites, the “Doctor Doom” Foamposite Pro was the odd man out in an old Nike Sportswear “Fantastic Four” pack that otherwise included models that were, at the time, slightly more celebrated. Not to mention the fact that the black and white combination doesn’t really look anything like the villain that they’ve come to be named after. 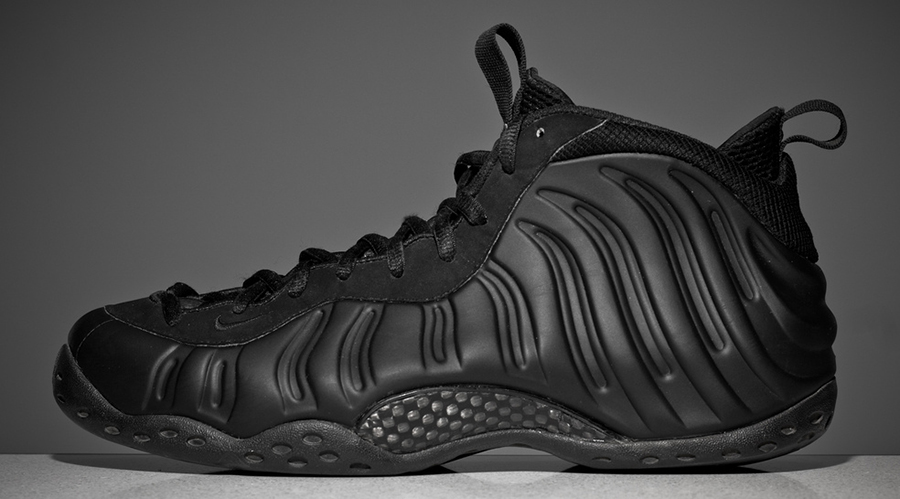 It doesn’t get darker than this. The Nike Air Foamposite One “Blackout” has long been a sought after shoe, and before the super limited “Galaxy” came along it stood as the high point in terms of Foamposite prices on the secondary market. 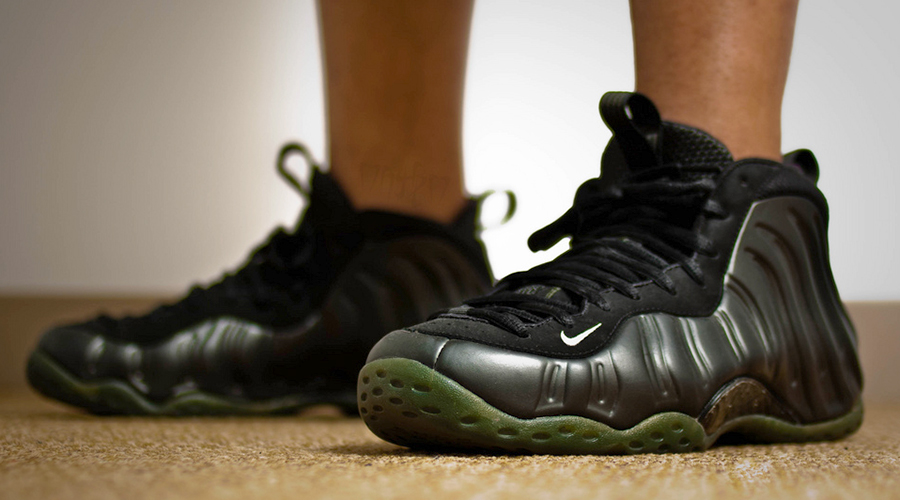 2008 didn’t have a lot of Nike Air Foamposite One releases, but the ones that did show up packed a punch. The return of the original “Royal” was followed up with the House of Hoops-exclusive Nike Air Foamposite One “Dark Army”, a shoe that was released in an incredibly small run of just 82 pairs. Given that number and the overall allure of black-based Foamposites, good luck ever getting your hands on a pair. 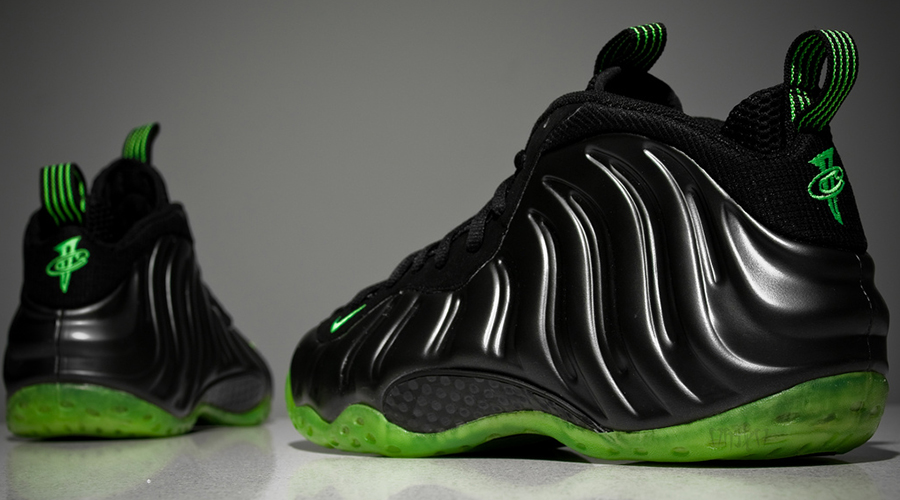 There are a host of Foamposite pairs out there that go the route of blacking out the upper while injecting a little bit of color for the accents and the bottoms. Most coveted, and most limited among them, was the “Neo Lime”, another House of Hoops only release that wore a gooey green look for the icy bottoms. Other pairs in the same vein include the “Cough Drop” and “Cactus”. 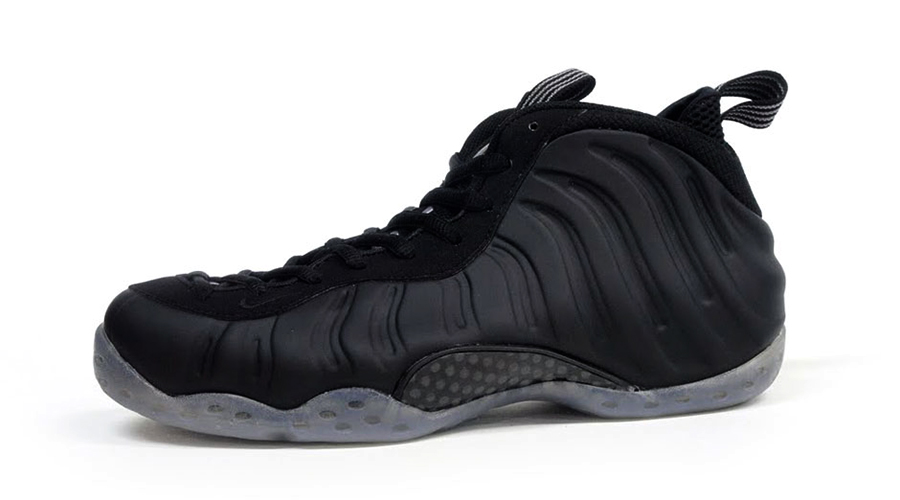 The Nike Air Foamposite One “Stealth” backed off a little bit on the whole blackout look. Unlike the pair from 2007, these had a sole that was a bit more translucent and traditionally icy, showing up here in the slightly lighter “medium grey” as opposed to the 2007’s “anthracite”. 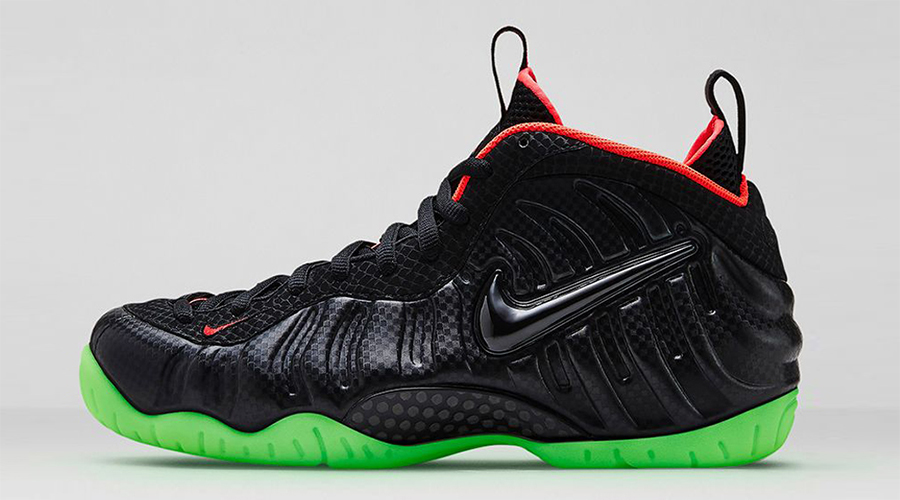 The Nike Air Foamposite Pro got black on us already for 2014 with the release of this pair. The colorway that paired up a black upper with bright red accents and a GITD sole earned in plenty of Nike Air Yeezy comparisons – comparisons that helped them become one the more sought after Pros of the past couple years. 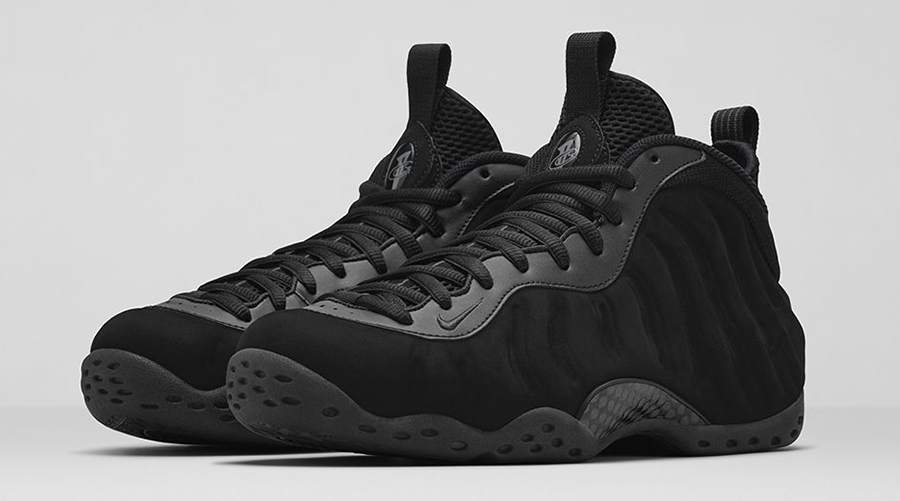 This week will see another black Foamposite pair with the pair shown here, which has been officially dubbed “Triple Black”. They haven’t exactly been welcomed with open arms, as many dedicated Foam fans are feeling a little bit miffed at the use of the nubuck material in place of the typical finish.