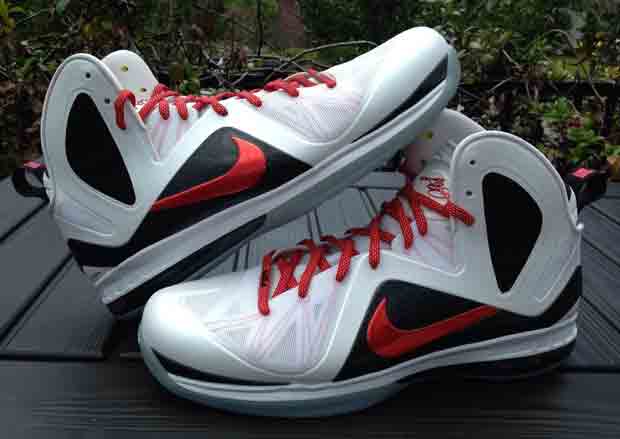 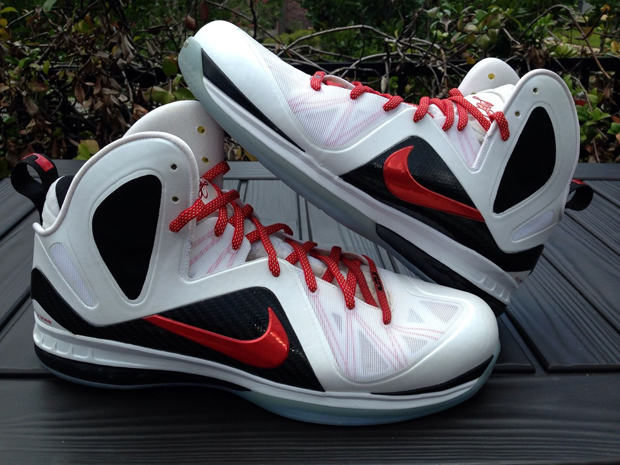 LeBron James has been noticeably reeled in during his first few games back with Cleveland Cavaliers this preseason. However, though, after sitting out against the Milwaukee Bucks on Tuesday, Bron returned to the court Wednesday against his Eastern conference Finals foes, the Indiana Pacers. And as you could probably guess, the depleted Lance Stephenson and Paul George-less Pacers were no match for the King and his Cavs. James poured in 26 points in 24 minutes and even broke out a sweeping sky hook, a la Magic Johnson. Looking to already be in late season form, Cavs fans should be prepared for LeBron to head to the Finals for the fifth straight time.

Thinking back to 2012 during his first NBA Championship run, James pushed through the Playoffs in the Nike LeBron 9 Elite “Red Swoosh” PE, a shoe many of us haven’t seen in well over two years. Fashioned in a bold red Swoosh and a clean white technical upper, this undeniable scheme is as fresh now as it was on that faithful evening back in May 2012. Check out the photos below and see the listing from greeneyedrob on eBay. 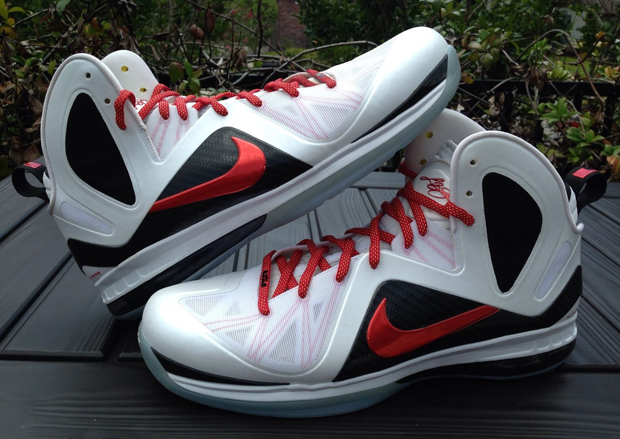 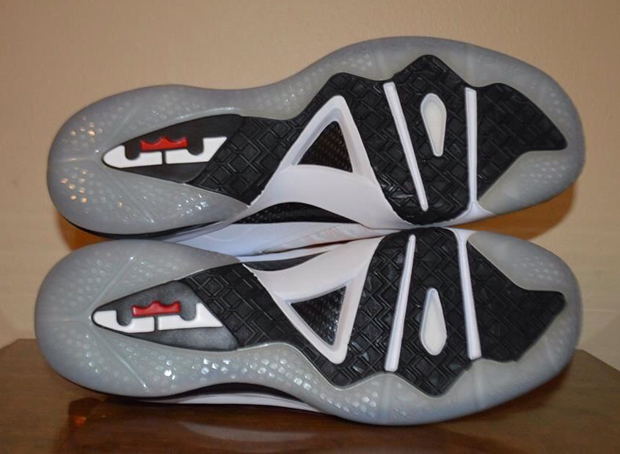 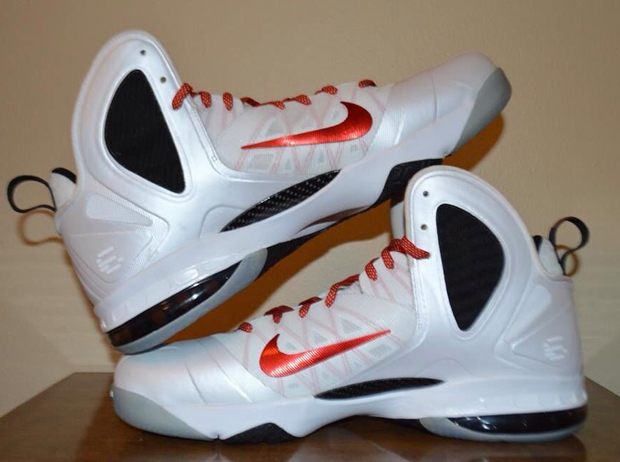 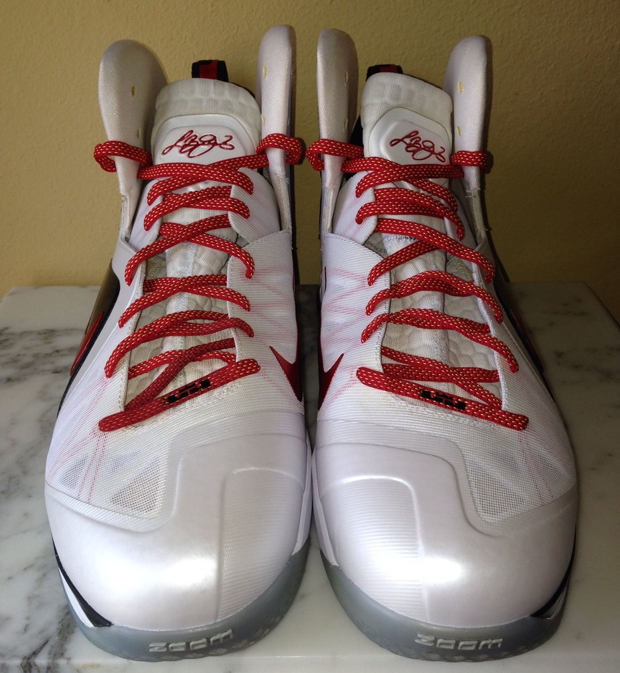