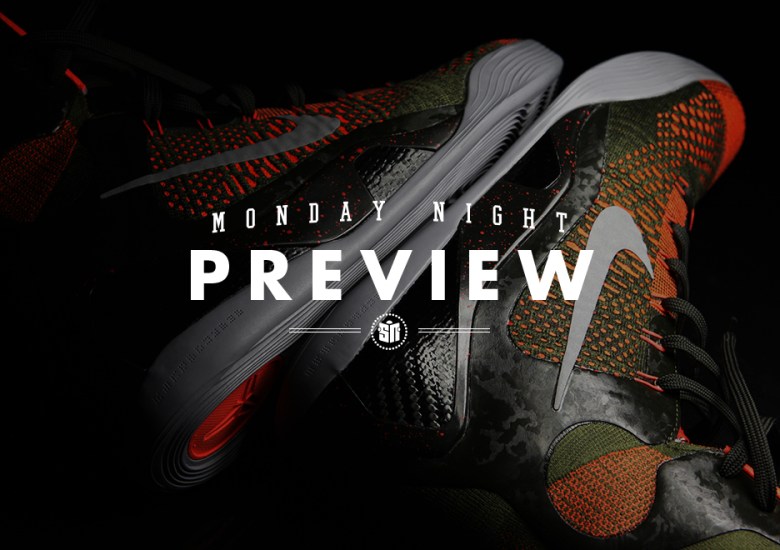 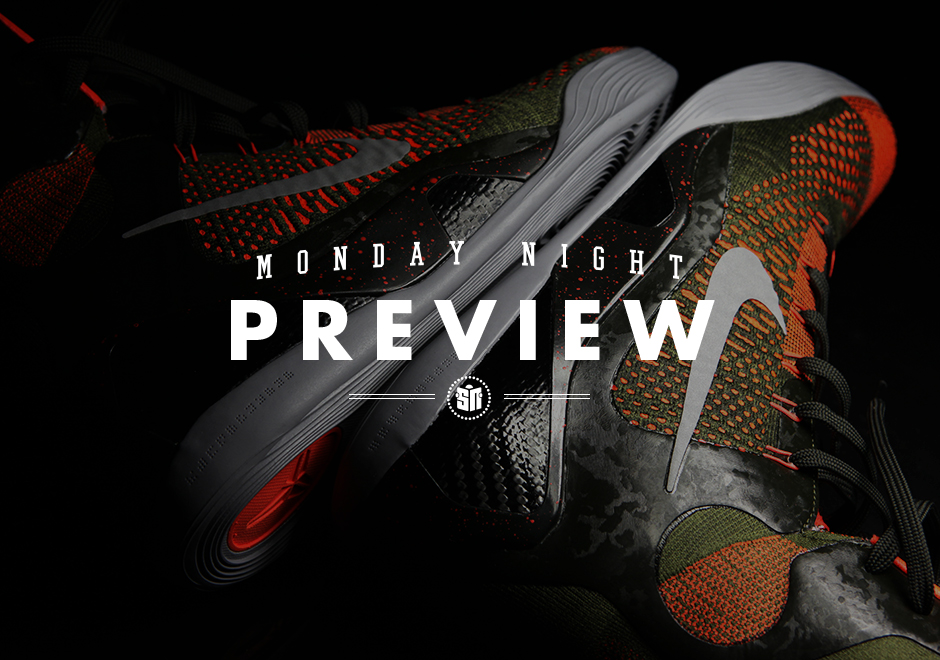 Strategic isn’t a word you think of when you look at the early goings of this Lakers season, but it’s a tax that the Los Angeles squad is paying for 18 years of service from one Kobe Bean Bryant. Deaths of dynasties are always difficult, but Kobe’s signature Nike line is in the midst of transforming right before our very eyes. With numerous team colorways of the Nike Kobe 9 EM, and a three-tier system that places the Nike Kobe 9 Elite at the top of the price range, a post-playing days Mamba line seems more and more likely with each passing game. Don’t tell Kobe that though, as his alpha-dog ways are in full effect, shooting his way into the record books in numerous Nike Kobe 9 Elite PEs while we await the next release of the flyknit Kobe hightop.

In this week’s Monday Night Preview, we’ll be treated to the brand new Nike Kobe 9 Elite “Strategy”, a shoe that takes on the soldier mentality and outfits Kobe’s signature in a vibrant color palette similar to those Army surplus jackets. With the lush flyknit alternating between Sequoia and Hyper Crimson, the shoe benefits from a few hidden features that would normally be easy to look over. A woodland camouflage print hides on the tongue, heel, and ankle support, a detail that further pushes the reflective 3M detailing on the Swoosh. Kobe continues to go completely Rambo on the league, a man who refuses to come to grips with the pushing reality of a career coming to a close. This violently loud Nike Kobe 9 Elite seems content to deploy on November 26th as one of the brightest Kobe sneakers to release in recent memory. 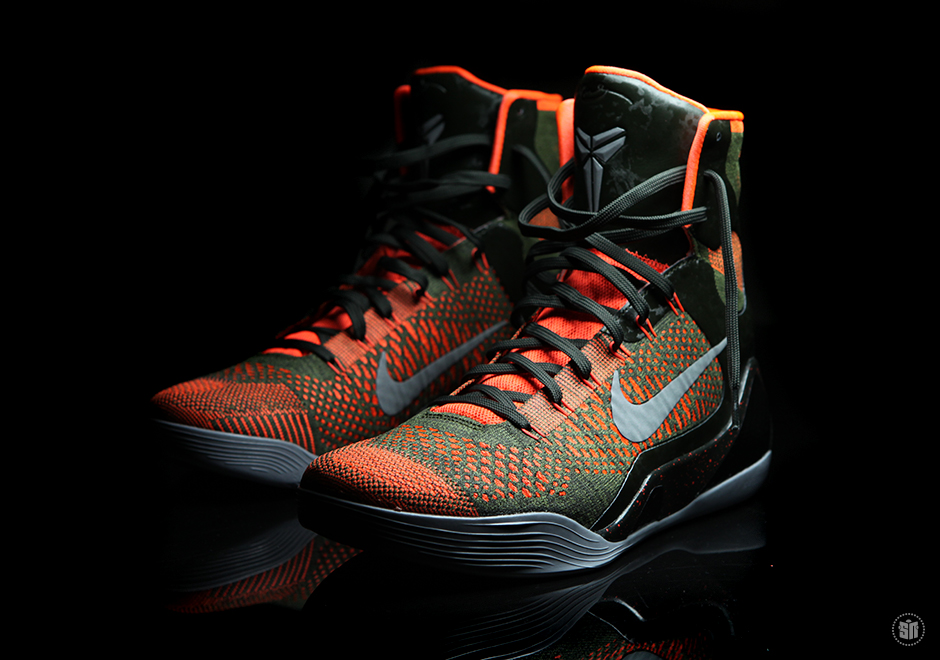 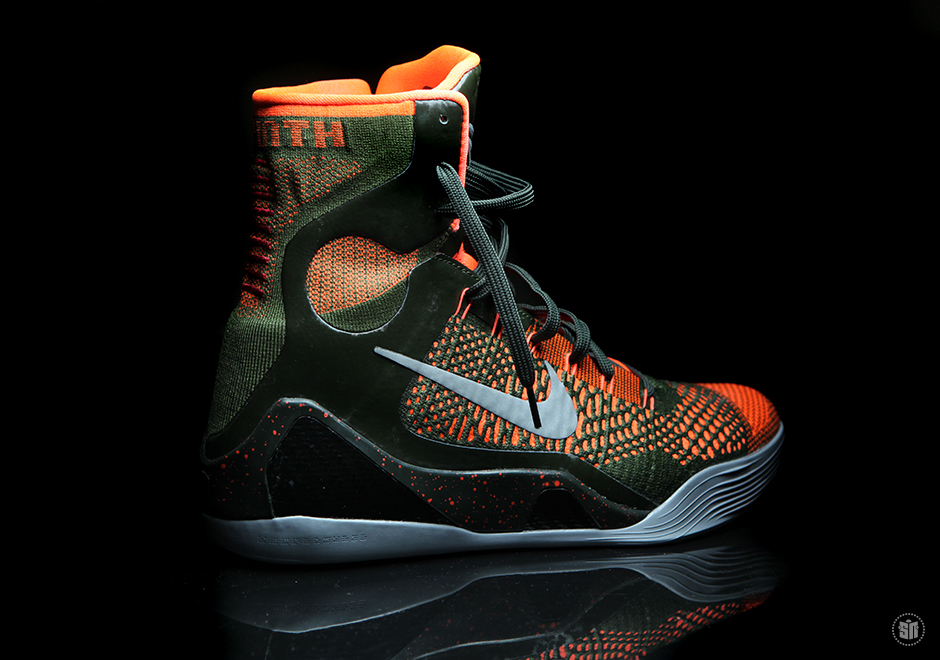 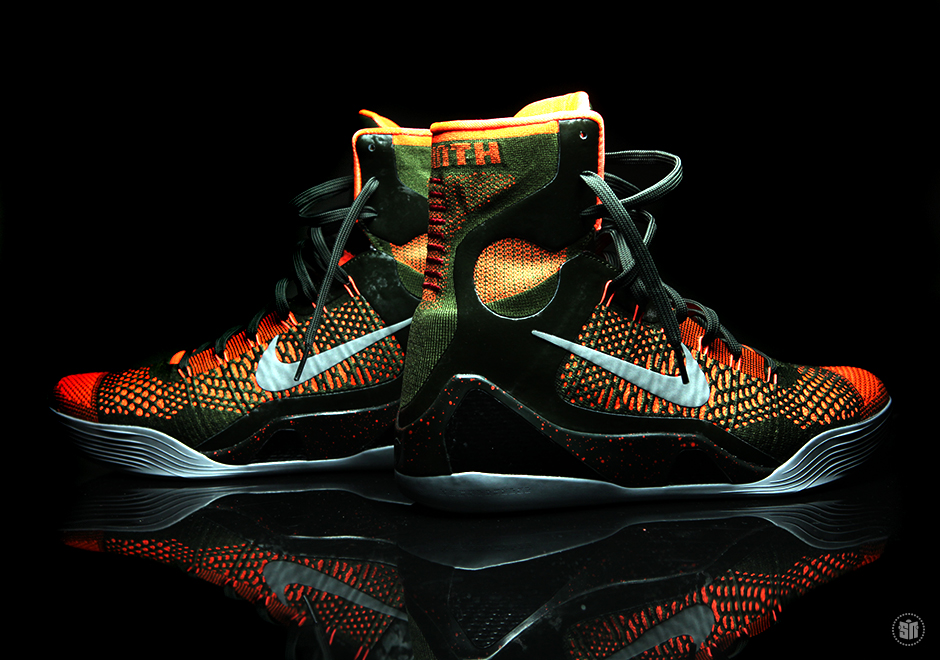 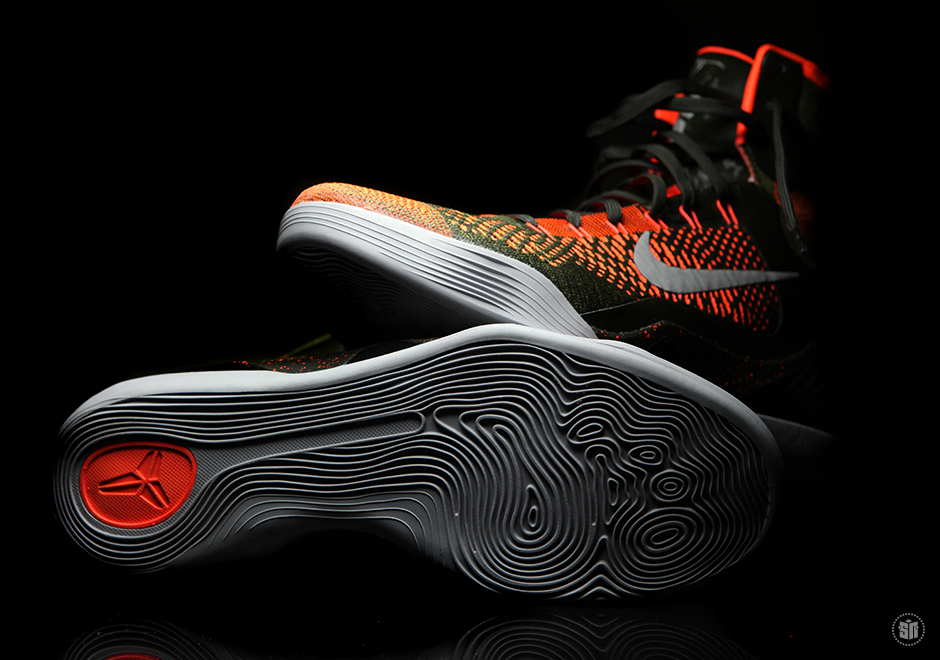 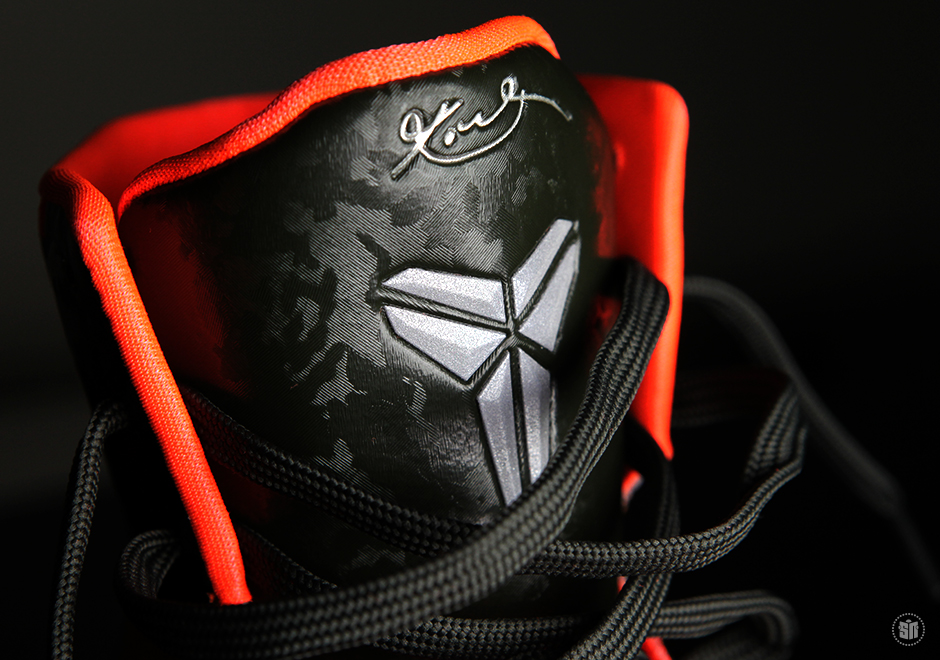 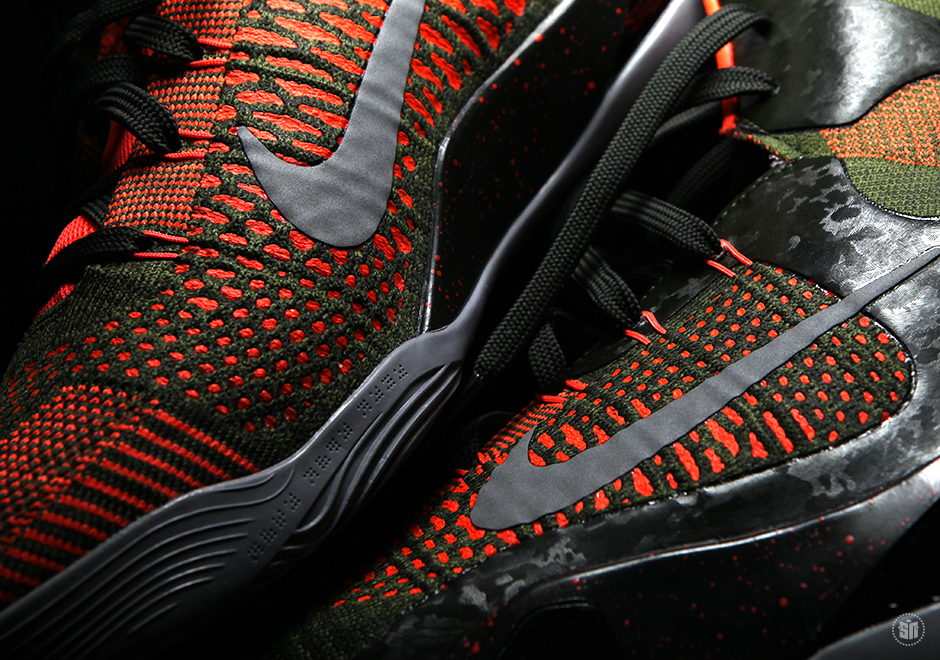 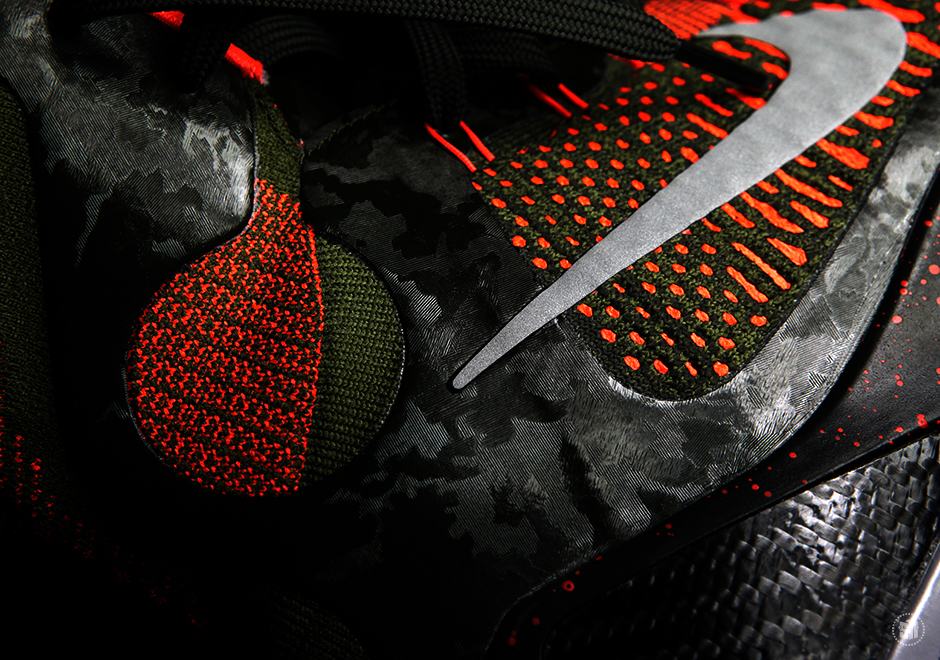 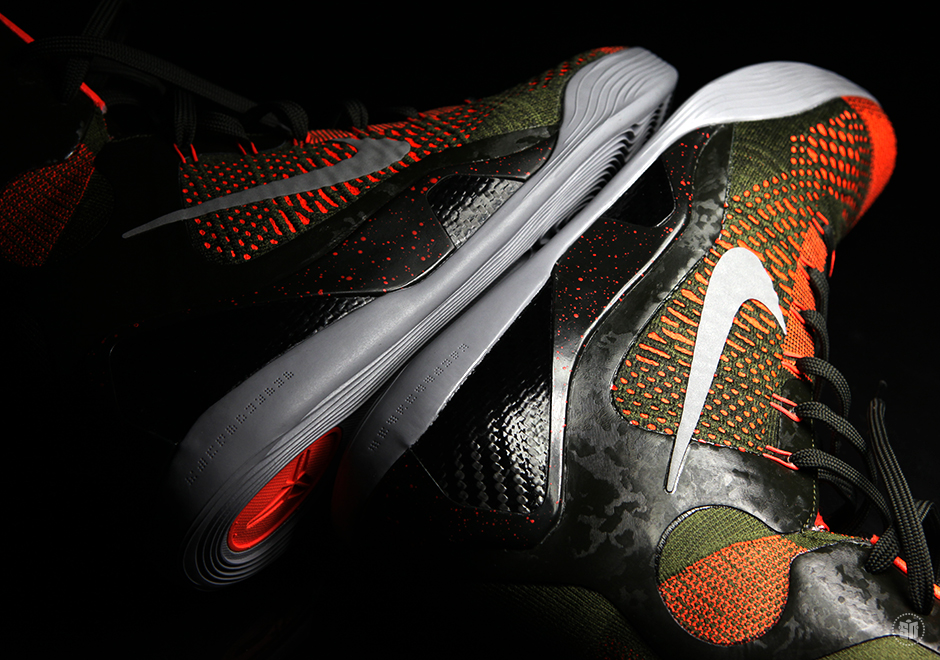 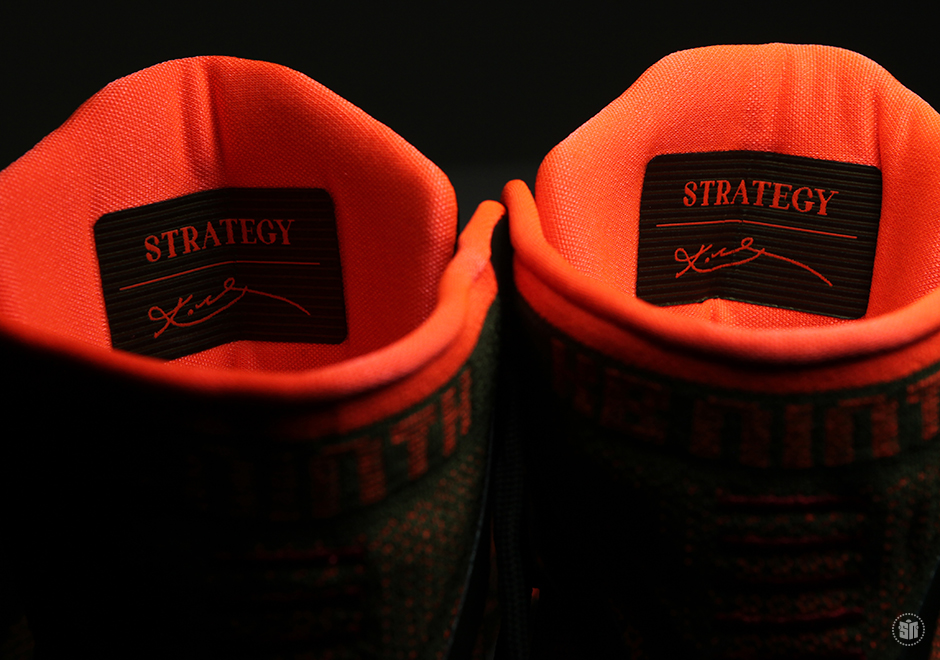 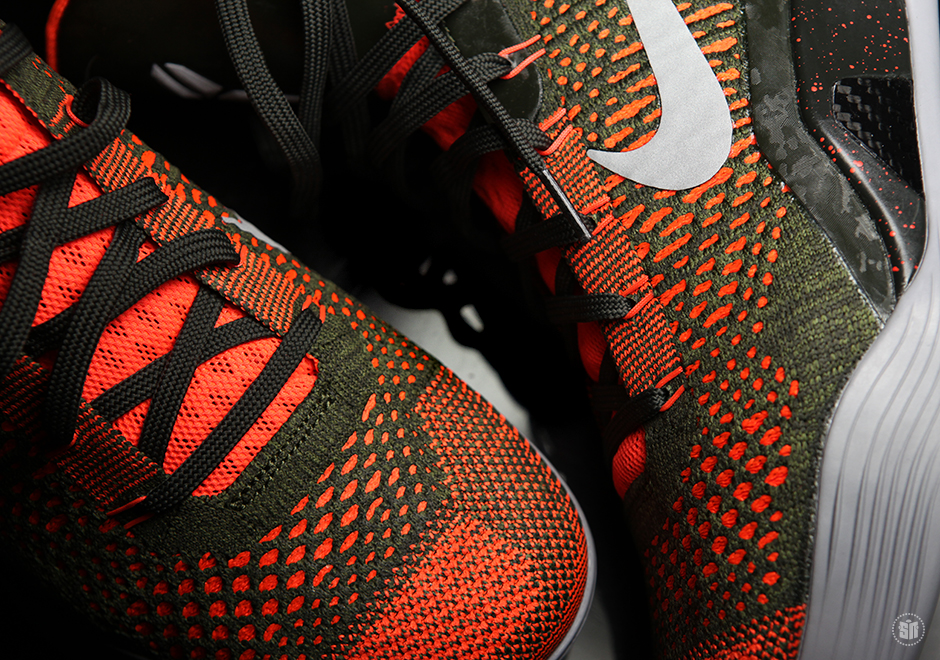 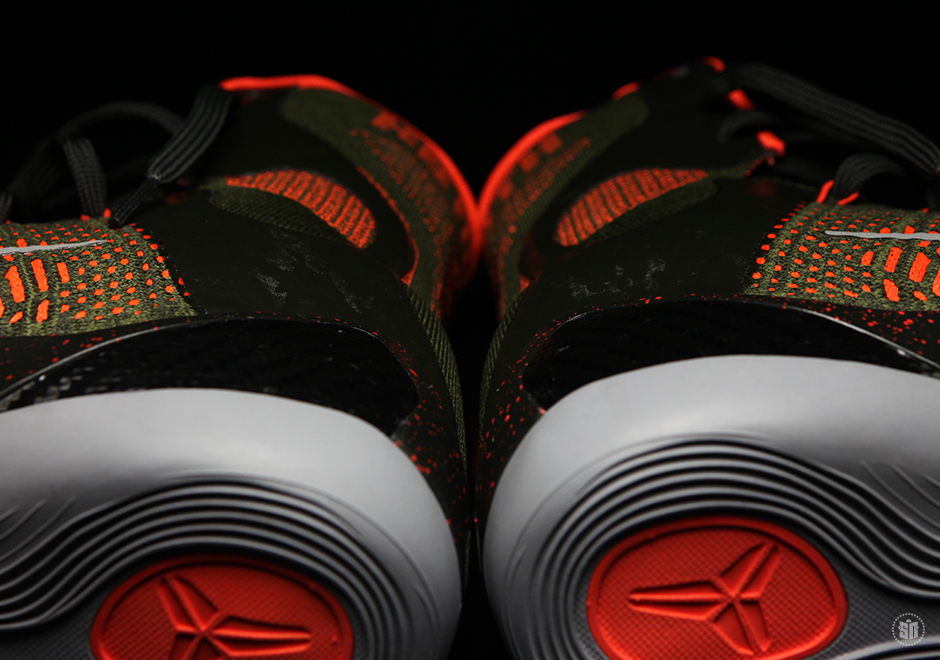