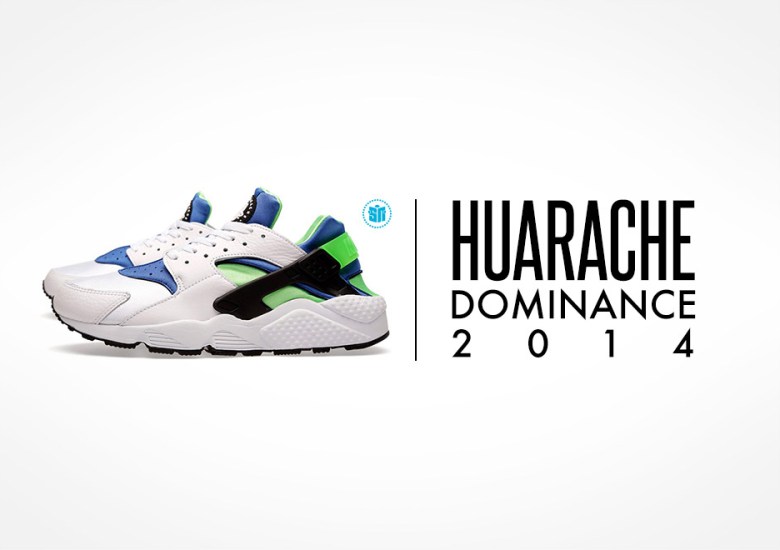 The Five Retros That Led To Huarache Dominance in 2014 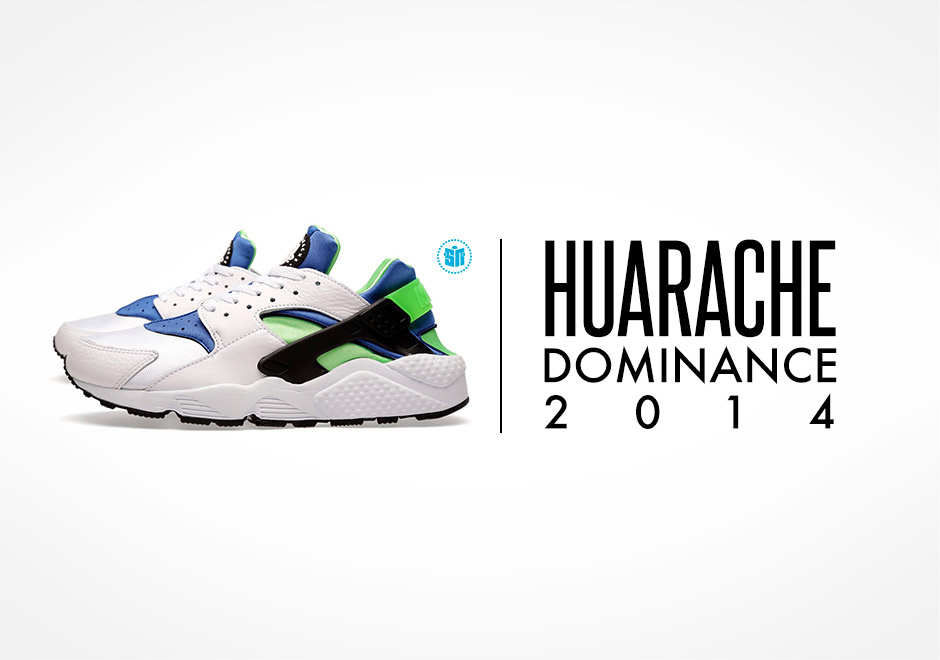 All over the sneaker blogs and social media, people are calling 2014 the “Year of the VI”. And for good reason. The Air Jordan VI had a huge year, releasing in a number of coveted original colorways including the “Carmines”, “Sport Blues”, and Black Friday’s biggest release, the iconic ‘Black/Infrared’ makeup. Add the eye-blazing all Infrared “Infrared 23” colorway, the celebratory “Champagne” and “Cigar” editions, the luxe “Brazil” colorway for this summer’s World Cup, and the unique Slam Dunk collab, and the Air Jordan VI made more frequent headlines in the sneaker world within a year’s time than perhaps any shoe ever has before.

We can’t argue that 2014 was the Year of the VI, but there was another important buzzword in this year’s sneaker industry, as well: Huaraches. If it wasn’t for the VI, 2014 would almost certainly have gone down as the year of the Huarache. From running, to basketball to tennis, 2014 saw the return of some of the most celebrated and iconic Huarache models ever in both original colorways and an abundance of great new looks. To examine our case that 2014 could also have been the Year of the Huarache, continue reading for a recap of each of the Neoprene-equipped models released this year. 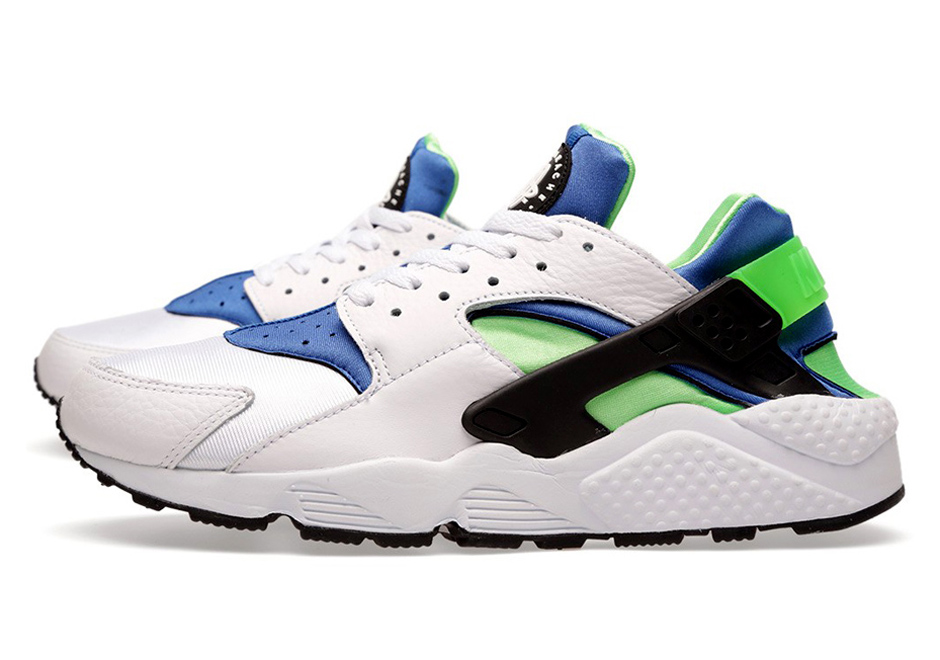 The mystique of the innovative and iconic Huarache line created by Tinker Hatfield was introduced to a whole new generation of sneakerheads this year with the return of the first Huarache model ever: the Air Huarache running shoe from 1991. Releasing in a number of brand new colorways and material constructions throughout the early part of 2014, the Air Huarache’s return wasn’t official in a lot of peoples’ minds until the original “Scream Green” version dropped late this summer. In addition to the OG’s, we’ve seen plenty of excellent new colorways hit the market, with highlights including the size? exclusive “Teal Pack” version, a new Safari-clad look, and the clean and subtle “Light Ash Grey” iteration. 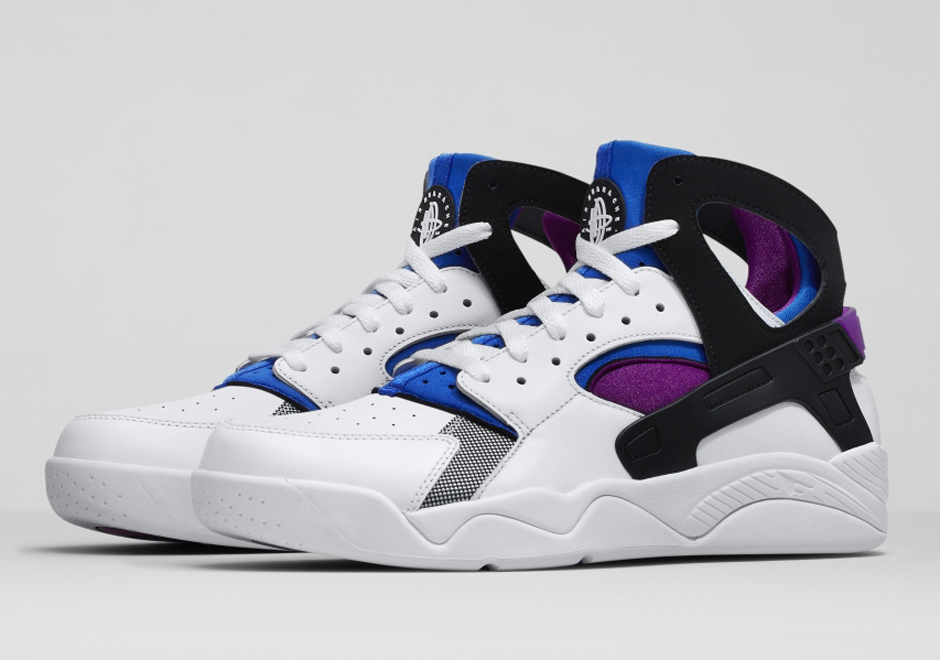 One of this summer’s biggest releases was the long-awaited return of the original Air Flight Huarache. The first-ever hooping Huaraches design made famous by Michigan’s Fab Five back in 1992 in its original white, purple and blue colorway was much anticipated since it hadn’t made a comeback in over ten years. Unless you were satisfied by the modified Free-soled version a couple years back, the true-to-original-form dropped this year was a godsend for the shoe’s many fans. While we weren’t hit with that many new colorways of the Flight Huarache in 2014, it appears 2015 has a few new looks in store for us since we’ve already gotten a preview of an intriguing “Knicks” colorway. The future looks bright. 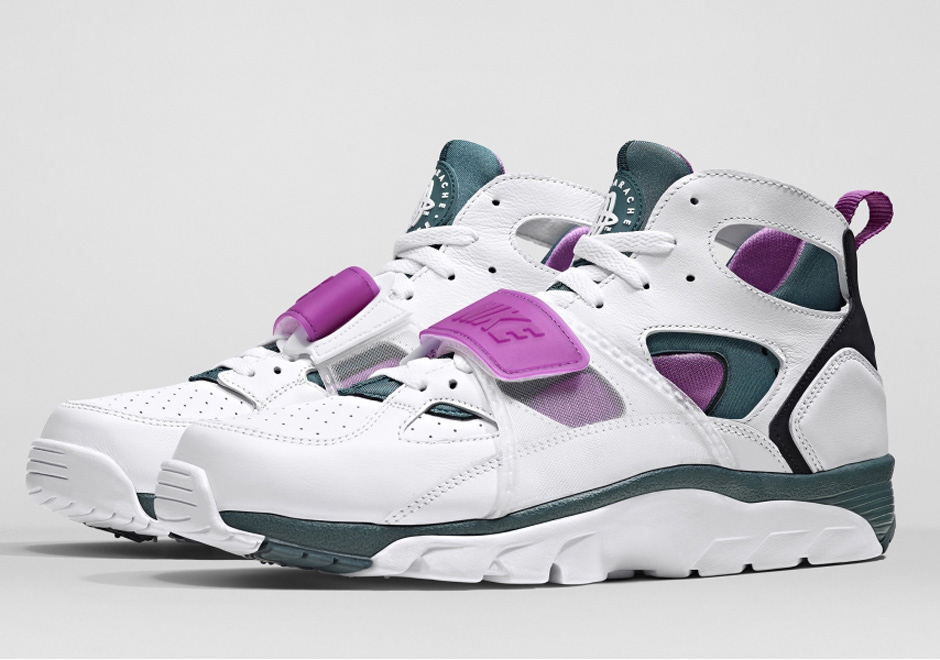 Accompanying the return of the original Air Flight Huarache this summer was the cross-training version of the initial Huarache line, the Air Trainer Huarache. The perfect combination of the minimalist Huarache design with the extra support a training shoe needs thanks to the midfoot strap, the Air Trainer Huarache was welcomed back with open arms when it dropped in September in the OG purple accented colorway. Taking part in the all-red phenomenon from the aftermath of the “Red October” Air Yeezy 2, the Huarache Trainer’s new looks this year were highlighted by the red-suede version from the Love/Hate pack. 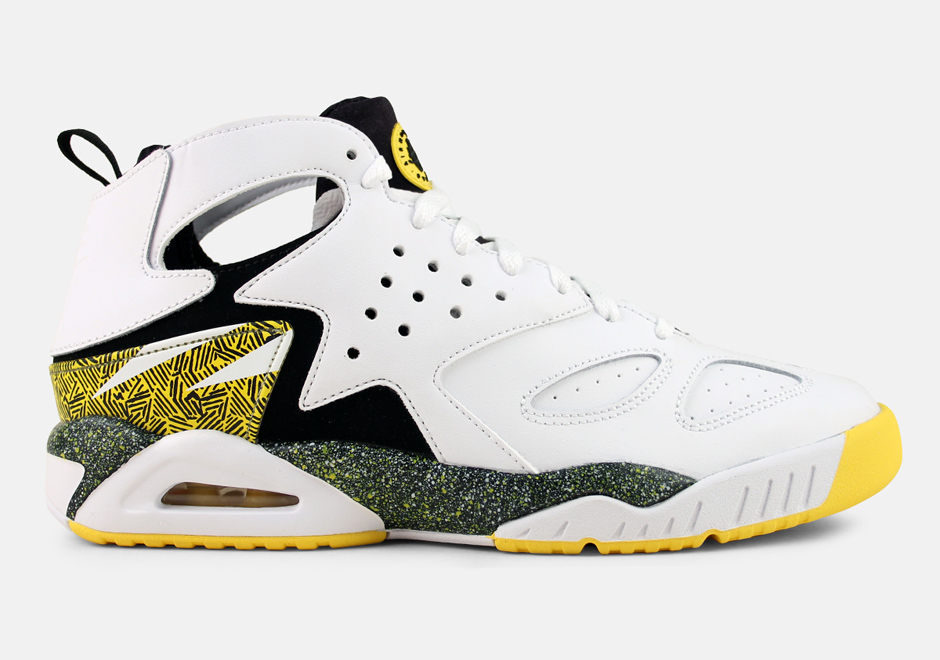 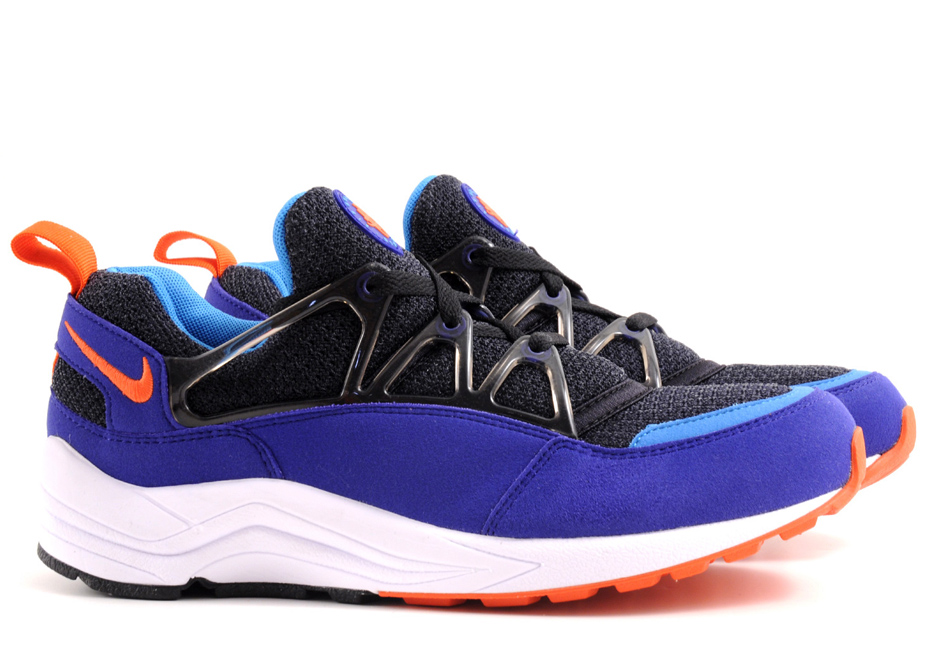 This year the Air Huarache Light finally got a much-awaited re-retro in original form (that Free version just wasn’t cutting it for the purists). The Huarache Light in its “Ultramarine” colorway—one of the best colorways for a running shoe ever—was welcomed back across the globe, but for some reason us here in the USA didn’t get invited to the party, as it only released in Europe and Asia. All that really meant was its fans here in the States were forced to pay a little more for shipping or exchange rates.  We were just happy to get them. Then Nike went and released the shoe in the original “Atomic Mango” colorway of its race-day counterpart, the Air Huarache Racer, and things really heated up. Next size? dropped a Mowabb-inspired exclusive to solidify the Air Huarache Light as one of the most significant retro models of the year.