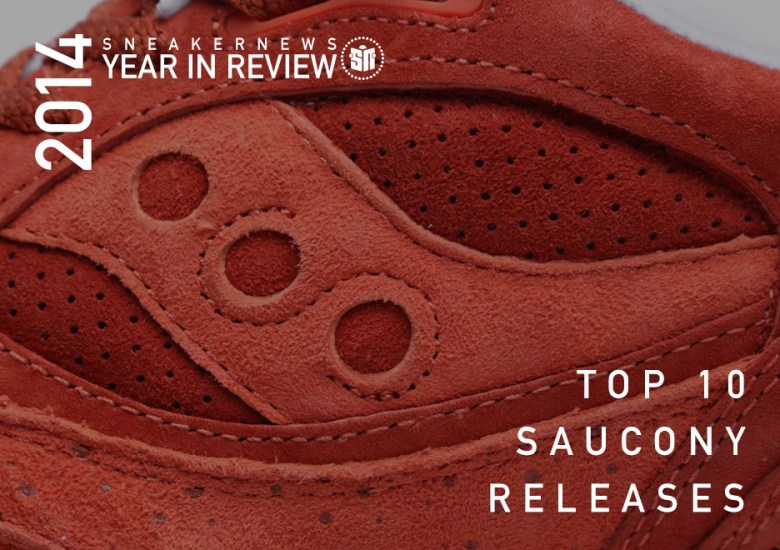 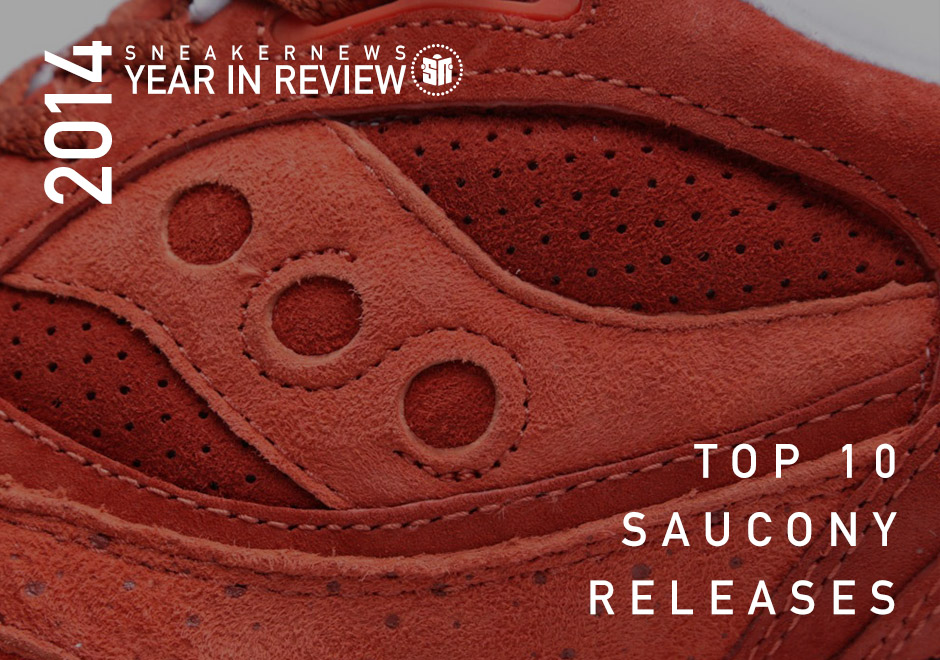 Saucony has built some serious momentum in the past few years, fueled by some of the best collaborative offerings in the business. In 2014, things only got better as we saw some remarkable efforts from a wide variety of new and old contributors, as well as through the general release output. Keep reading to see what shoes made their way into our Top 10 and stay tuned for more from the Sneaker News 2014 Year in Review. 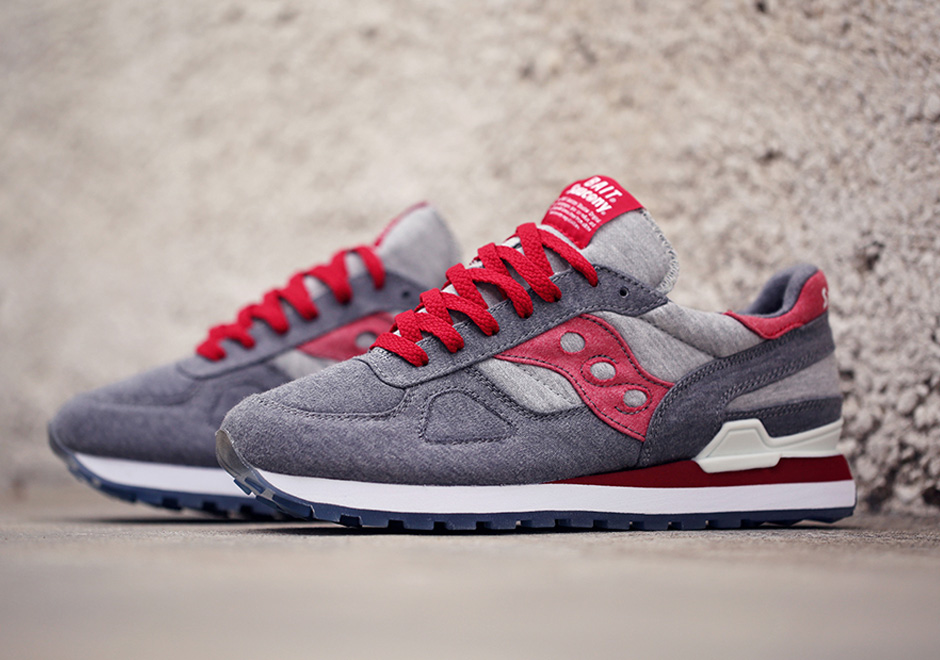 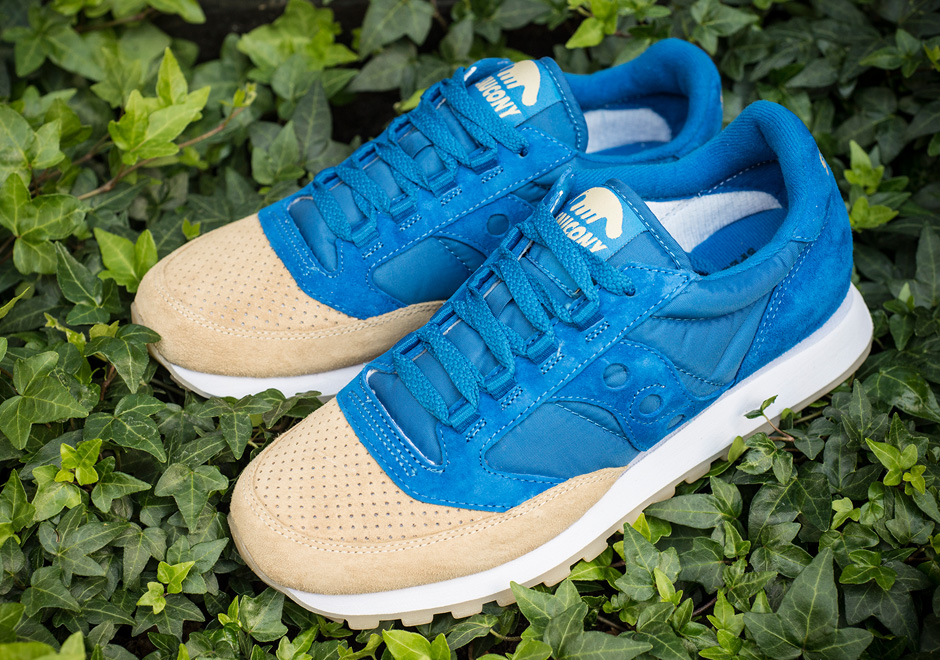 Russian brand, Anteater, teamed up with Saucony once again to whip up one of the best versions of the Jazz we’ve ever seen. Their “Sea & Sand” edition featured a simple two-tone colorblocking with a nice combo of suede and nylon and some modified lace loops. 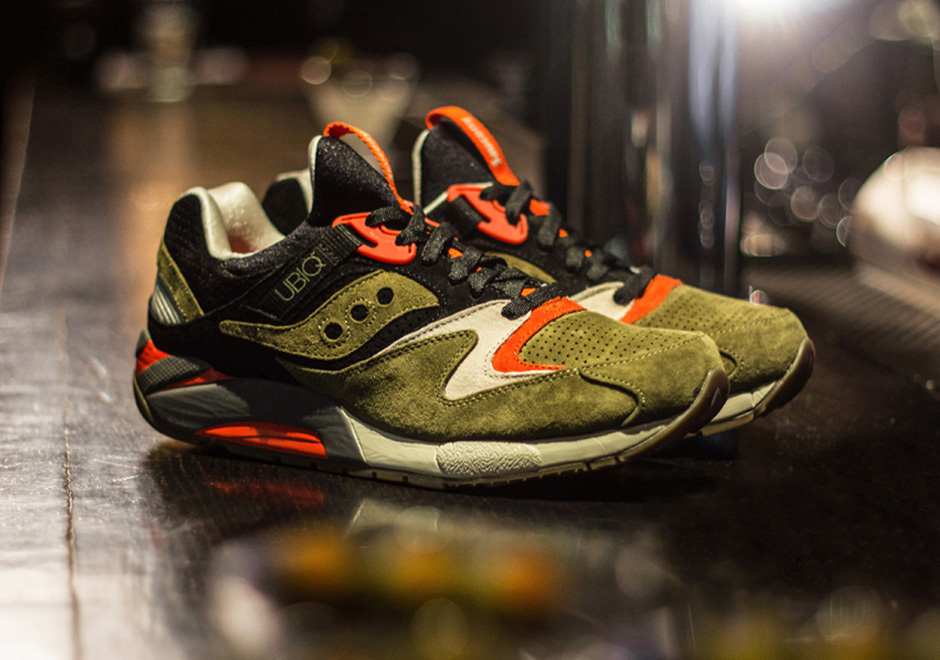 Philly boutique, UBIQ, got in on the Grid 9000 fun with a “Martini” inspired version of the popular silhouette sporting olive-colored green suede with some hot pimento red accents. 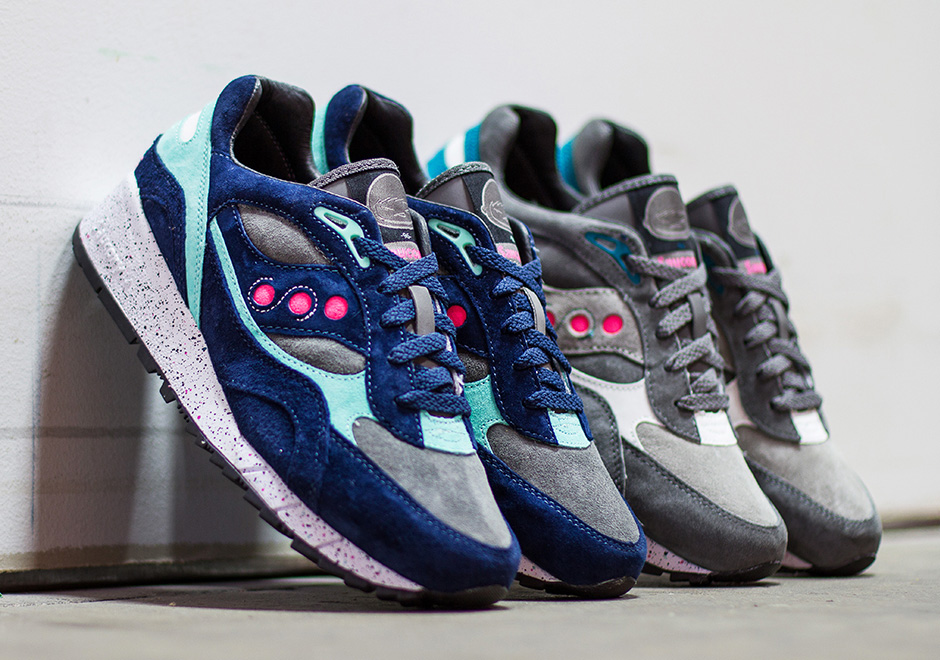 UK shop, Offspring, went with a play on Saucony’s “We Run” slogan for their duo of Shadow 6000s. Inspired by classic Saucony color palettes and a twist on their store’s history, the “Running Since.. 96” pack featured two sueded-out colorways of the 6000 with some vibrant accent pops. 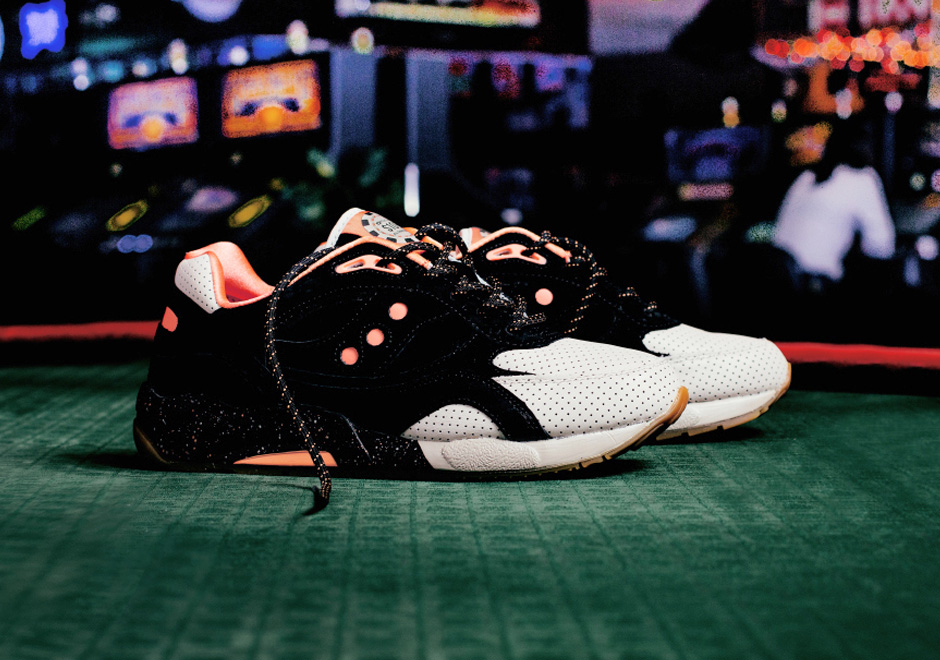 Las Vegas retailer, Feature, paid tribute to their surroundings with a “High Roller” colorway of the G9 Shadow 6 mash-up model inspired by $100 casino chips and featuring some very cool graphic elements on the tongue label and footbeds. 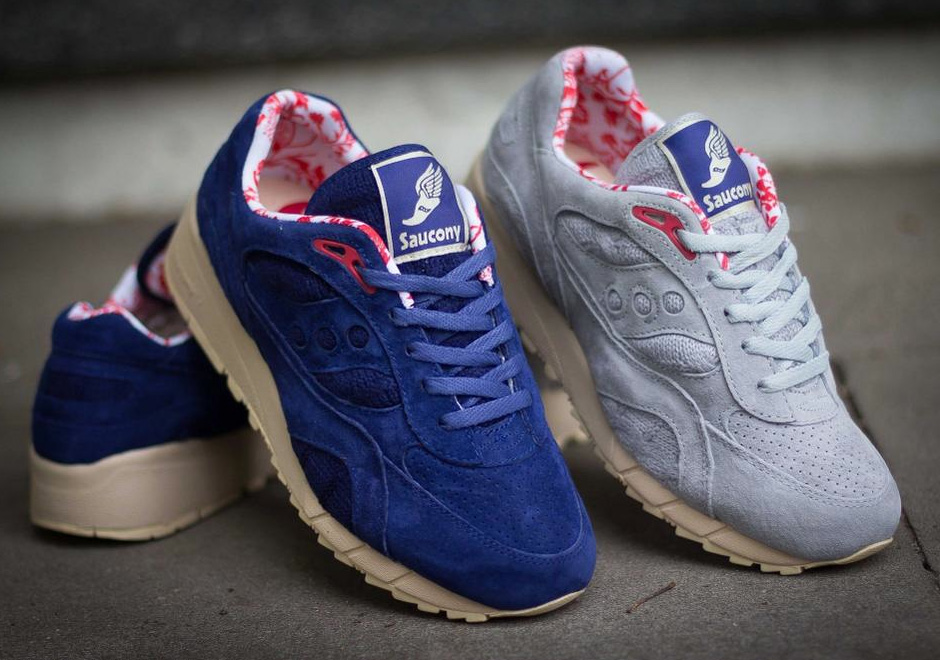 Bodega has been teaming up on collabs with fellow Boston area resident, Saucony, for longer than almost anyone, but they still keep coming up with fresh new takes on the brand’s classic runners, as evidenced by the amazing cable-knit sweater editions of the Shadow 6000. 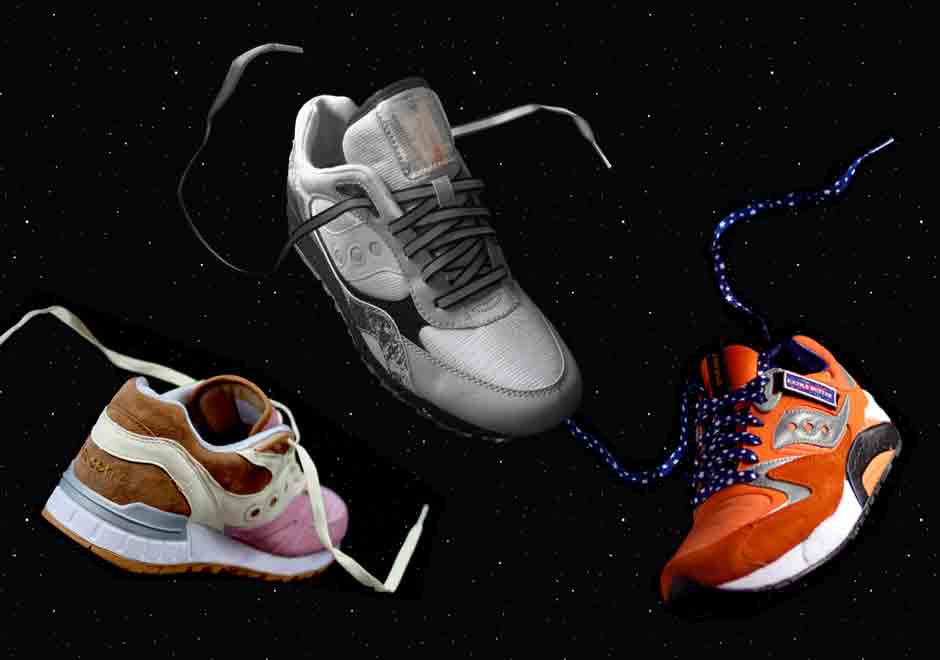 After a number of movie-themed concepts, NY-based retailer Extra Butter broadened their horizons all the way into outerspace with their “Space Race” Pack. The pack flaunted some ambitious executions and cool touches across the space suit-inspired Grid 9000, the Neopolitan-palette “Space Snack” Shadow Master, and the “Moonwalker” Shadow 6000. 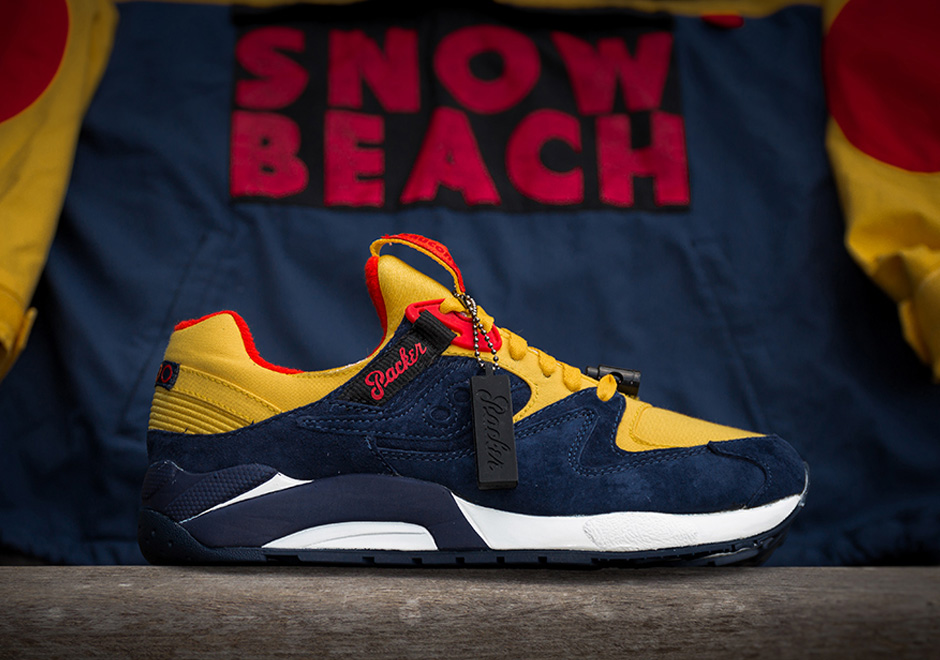 Packer Shoes brought sneakerheads and Polo aficionados together like never before with their Snow Beach homage. In addition to outfitting the Grid 9000 with the iconic jacket’s color scheme and blocking, the shoe went the extra mile in replicating materials like the yellow twill fabric, the pull tab tongue loop, and the red polar fleece lining. 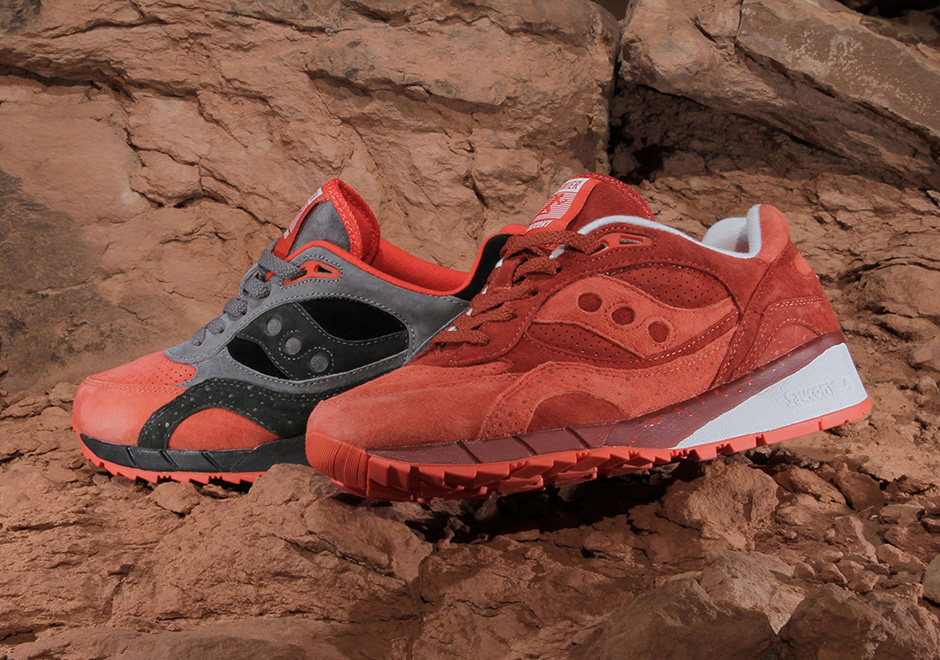 Michigan’s Premier got its start as a skateshop, but has since expanded their selection to include various brands and categories. With their first non-skate shoe collab – a set of magnificent premium suede Shadow 6000s dubbed the “Life on Mars” Pack – they proved right out the gate that they can hang with anyone doing it. 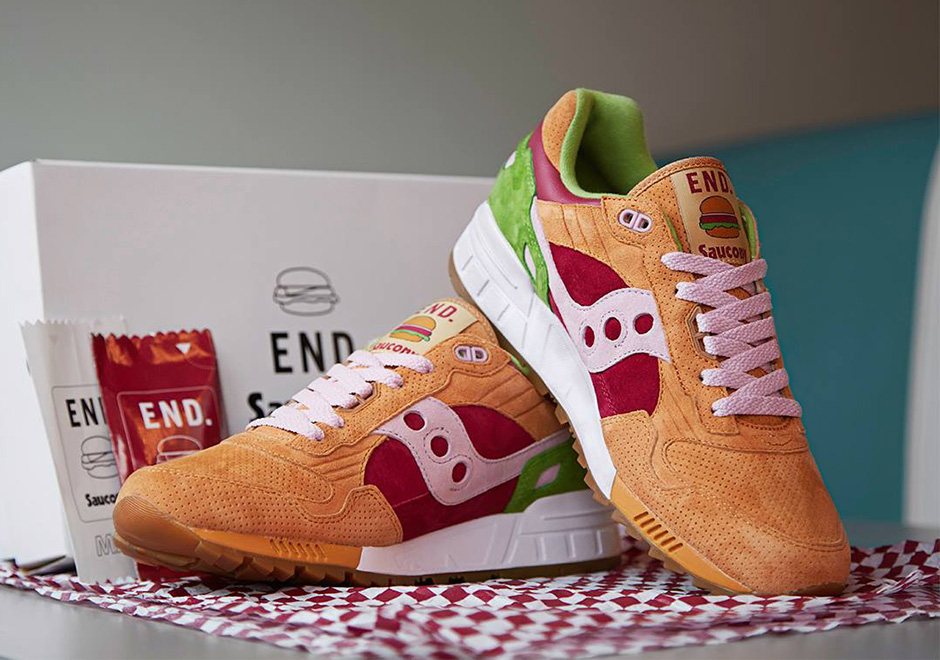 End Clothing has long been one of Europe’s top retailers, but they haven’t jumped into the sneaker collab fray as fervently as some of their peers. That all changed back in May with the release of their instantly classic “Burger” Shadow 5000. Inspired by the growing spread of gourmet burger joints, End perfectly translated the theme to a sneaker with a colorful blend of suede and nubuck and some cleverly concocted special packaging to put it over the top.