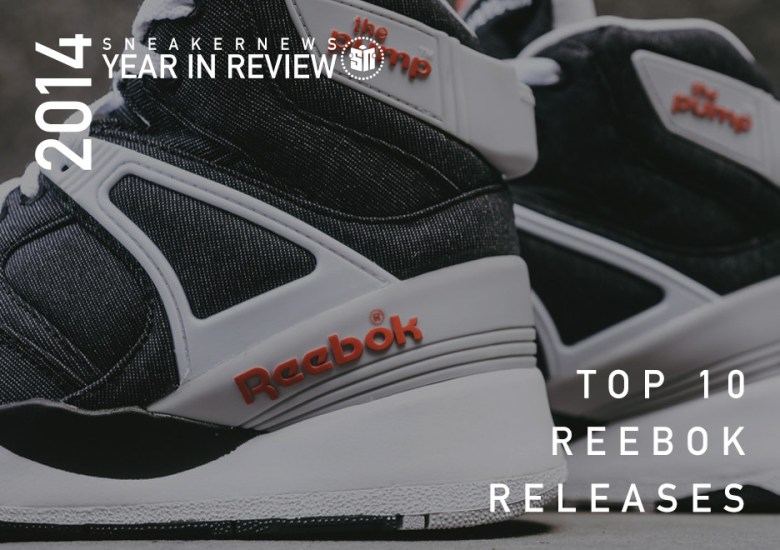 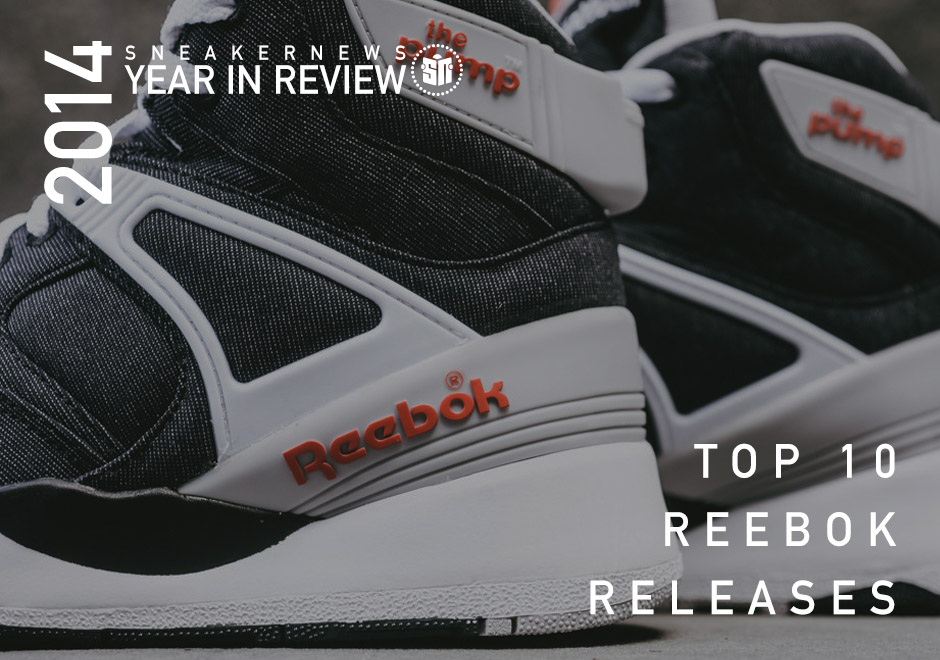 2014 was a busy year for Reebok as they continued to stir up nostalgia for classic styles from their archives through the return of some beloved original models and colorways and some exciting new twists concocted by an impressive list of outside partners. Whether it was milestone anniversary celebrations, large-scale collab capsules, or OG retro re-issues, Reebok did plenty to keep themselves in the spotlight. Continue on to find out which shoes landed in our Top 10 list and keep an eye out for more from the Sneaker News 2014 Year in Review. 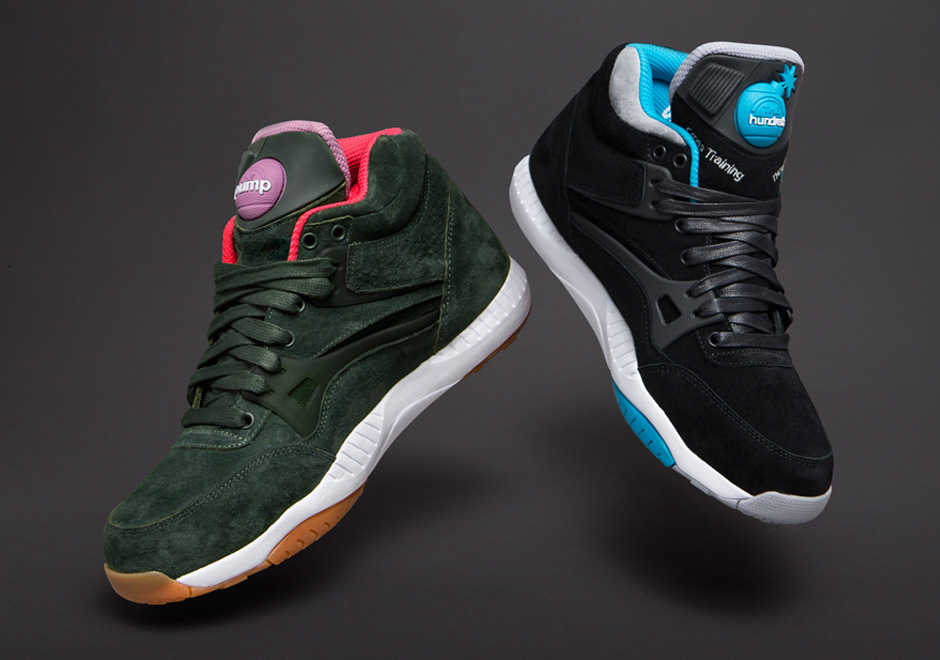 We don’t see footwear collabs from The Hundreds too often, so it was a pleasant surprise to see them team up with Reebok for two colorways of the under-utilized Pump AXT model, featuring their bomb logo in place of the Pump buttons on the left shoe of both pairs. 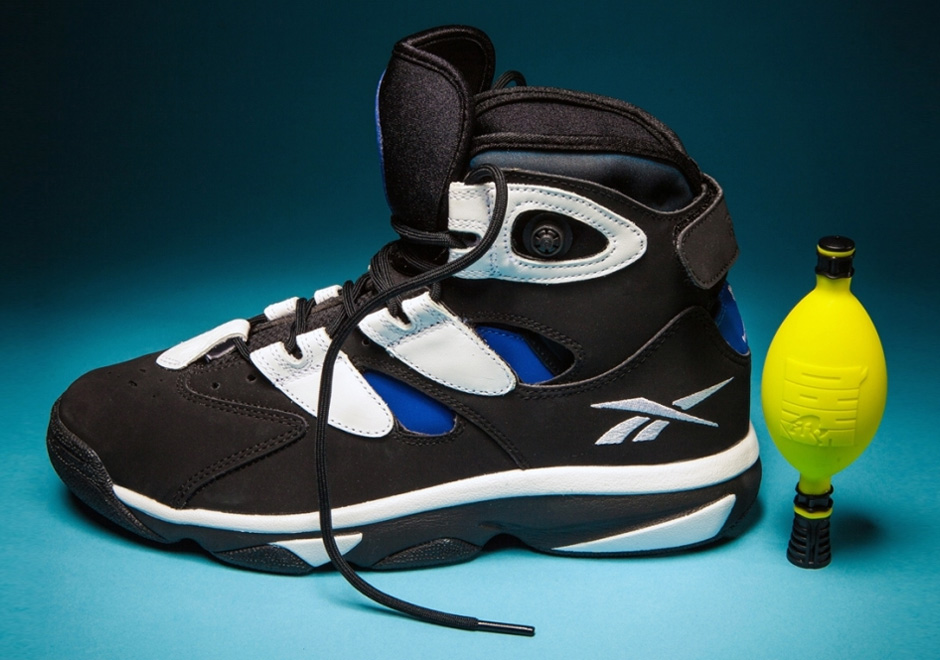 Following up on last year’s Shaq retro mania, Reebok brought the big fella’s fourth signature shoe back from the archives, complete with a functional Pump system and the original hand-held inflation device. 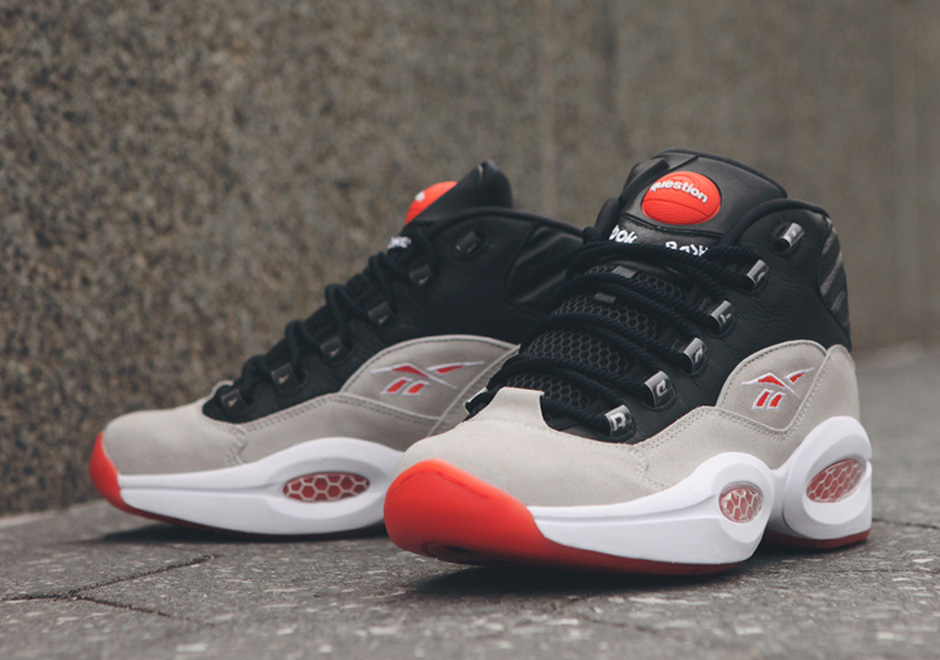 In celebration of The Pump’s 25th anniversary, Reebok combined the revolutionary technology with another one of their most iconic models as the Question Mid saw itself outfitted with the infamous inflatable air bladder for a new twist on a 90s classic. 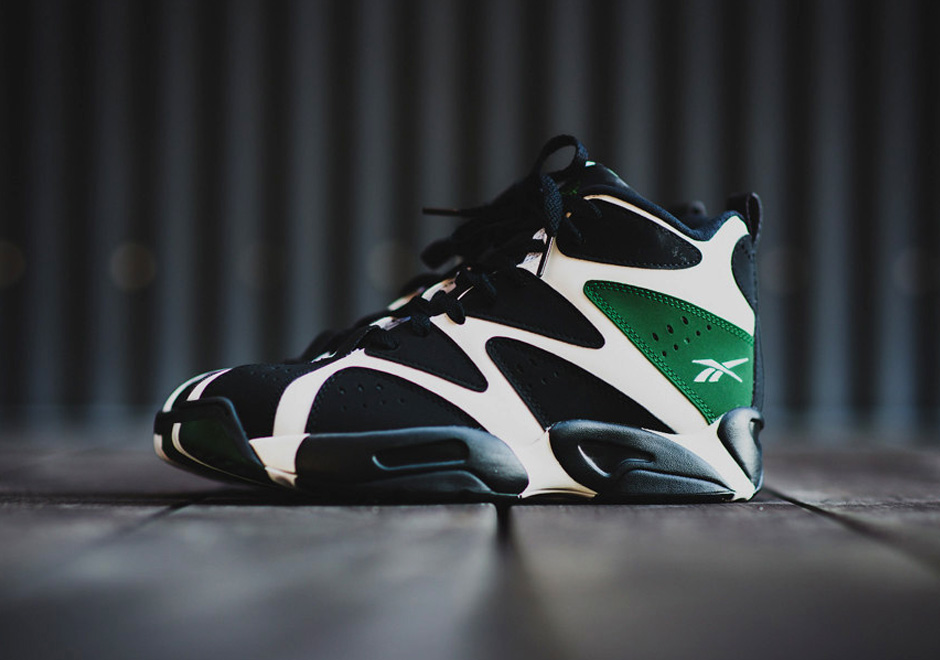 Working in somewhat reverse order, Reebok followed up last year’s Kamikaze II onslaught with the return of Shawn Kemp’s first signature shoe, releasing in a number of original colorways as well as some new looks. 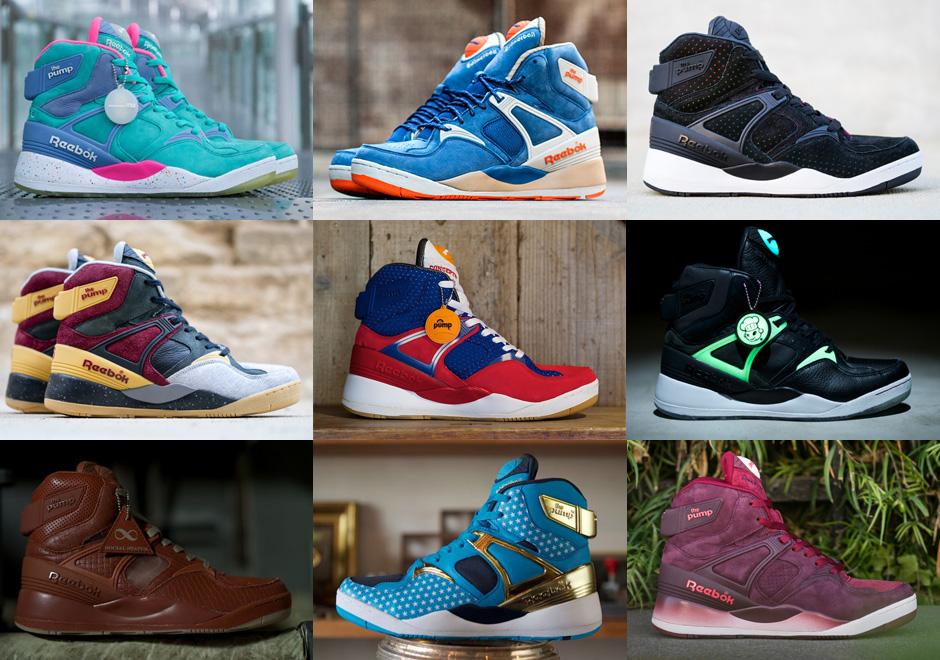 Five years ago, Reebok celebrated the 20th birthday of the original Pump shoe by doing 20 different collab versions with their Certified Network partners. This year, for the model’s 25th anniversary, they adopted the same formula, but this time expanded the roster to include an additional five contributors. 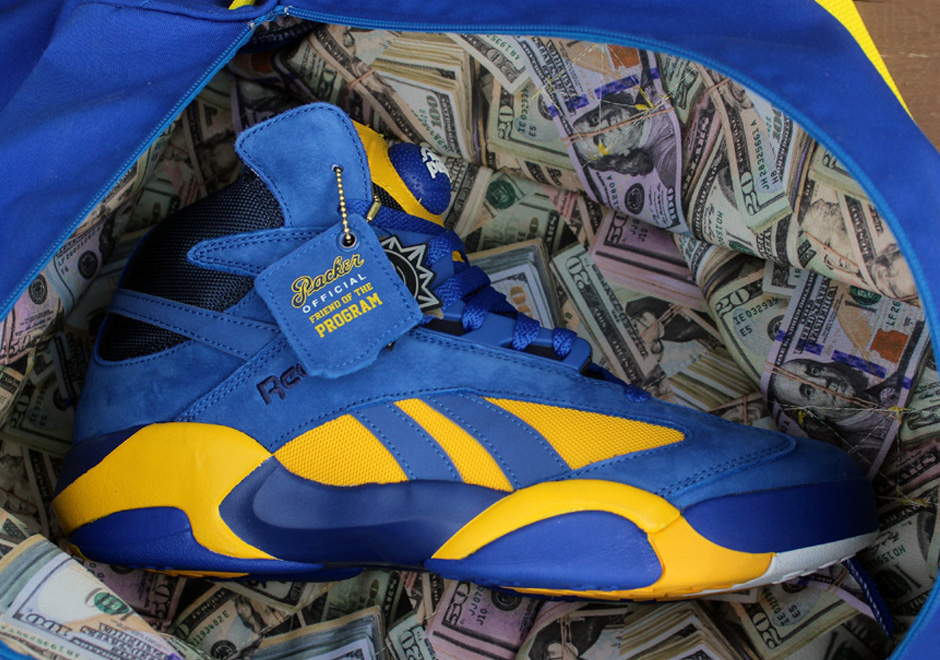 One of Shaq’s most memorable performances of his career took place off the court when he starred in the 1994 movie, Blue Chips. Packer Shoes acknowledged the film’s 20th anniversary with their “Friend of the Program” edition of the Shaq Attaq done up in the colors of the fictional Western University Dolphins. 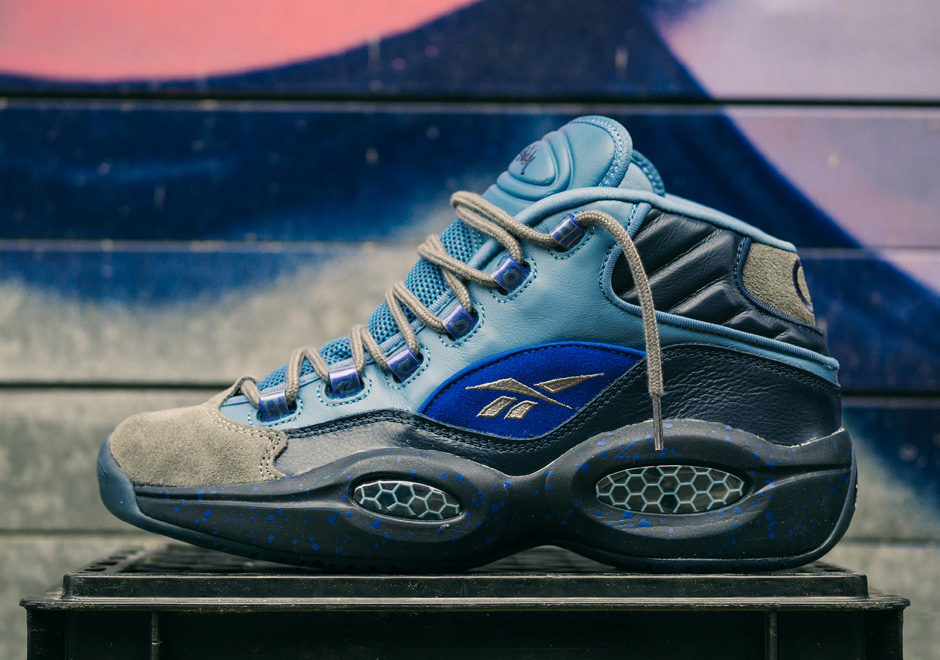 Renowned artist, Stash, has done a number of footwear projects with Reebok in the past few years, but never anything from the basketball category until 2014’s duo of premium Question Mid colorways, with one pair brilliantly adopting his signature “shades of blue” color pallette and some nice material choices. 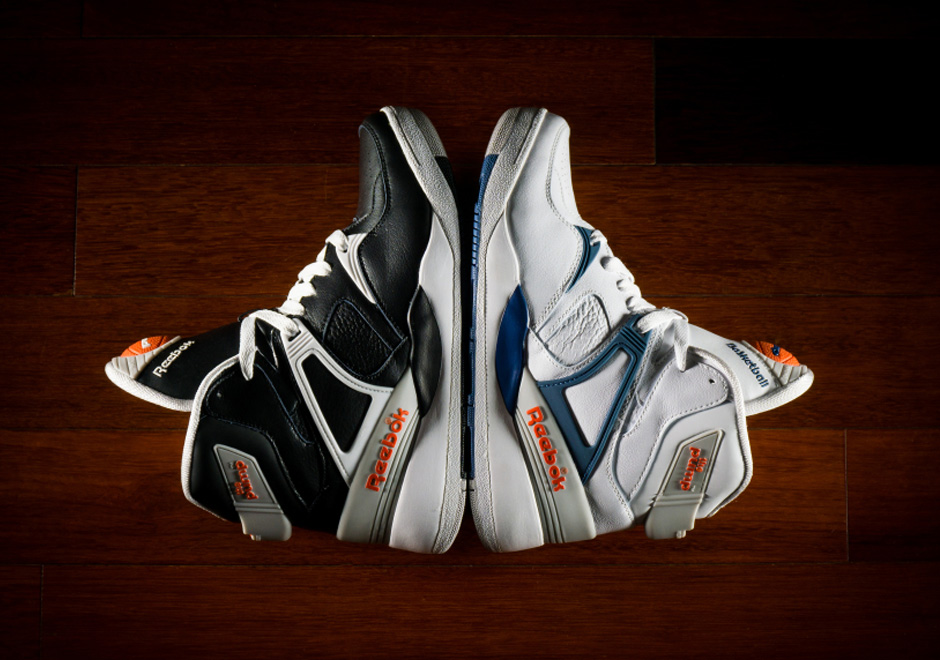 It doesn’t get much more iconic than the original Reebok Pump shoe. In recognition of the 25th anniversary of The Pump’s release, Reebok brought back both the white and black colorways of the extra high-cut silhouette true to their OG form. 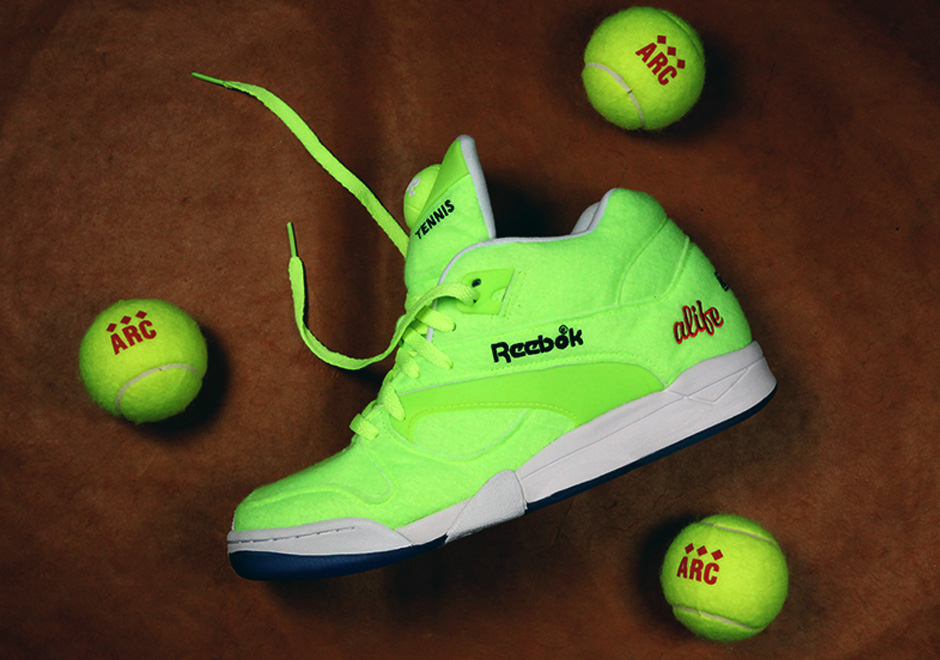 Back when the art of the sneaker collaboration was still a relatively new premise, Alife blessed the sneaker world with the tennis ball-inspired “Ball Out” edition of the Court Victory Pump. Now eight years later, the concept was resurrected via a retro verson that mirrored the original with the exception of red branding on the heel instead of black. 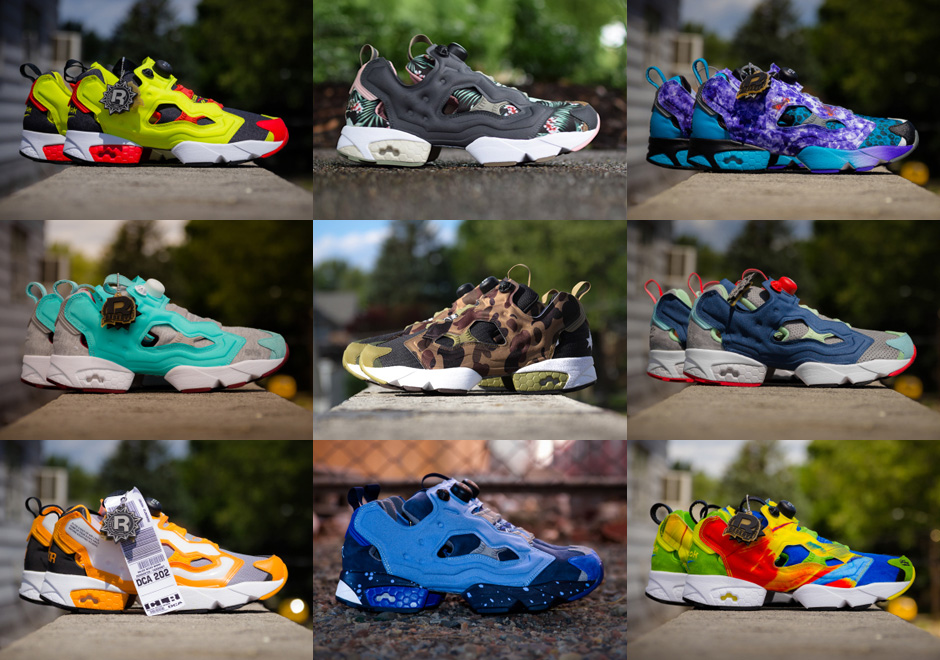 2014 was a huge year for the Insta Pump Fury. The beloved model celebrated its 20th anniversary with an OG colorway re-issue as well as a sprawling Certified Network capsule featuring twenty different versions of the shoe whipped up by a who’s who list of top sneaker retailers from around the globe.