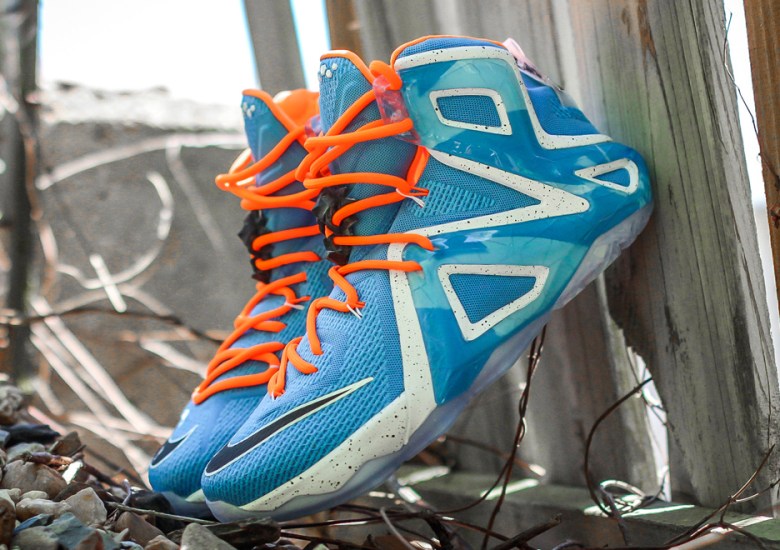 Nike Gets A Little “Throwback” With The LeBron 12 Elite “Elevate” 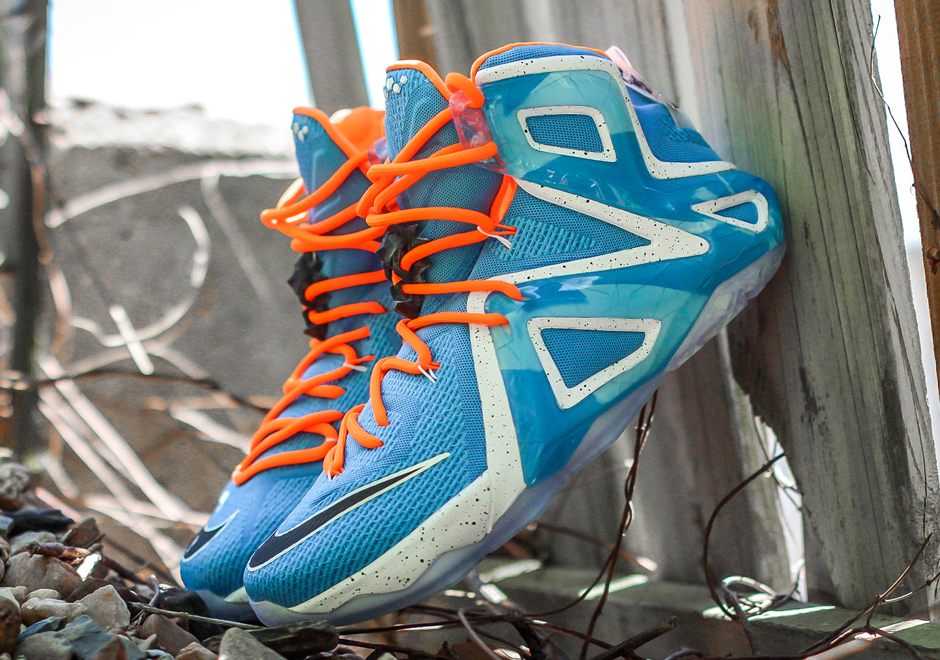 The Cavaliers were irrelevant for over a decade spanning from the early 90s up until the team landed the 2003 first overall draft pick in one of the most blatant examples of tanking the league has ever seen. They drafted hometown kid LeBron James and the rest is rather well documented. The latest Nike LeBron 12 Elite harkens back to that time of irrelevancy though, as the silhouette matches the colors when the team was owned by Gordon Gund and winning wasn’t necessarily a top priority for the squad. There’s a reason that the Cavs haven’t ever worn the throwbacks of the Kemp and subsequent Ricky Davis eras (those uniforms are rather hideous) but here the splashes of baby blue and orange throughout manage to work. The irony of this pair being nicknamed “Elevate” is rather thick. Here we see the playoff model that was created to help The King elevate his already elite game represent the colors matching a team that was anything but. Be sure to check out more photos of LeBron‘s latest after the break and see if you can secure your pair today on eBay. 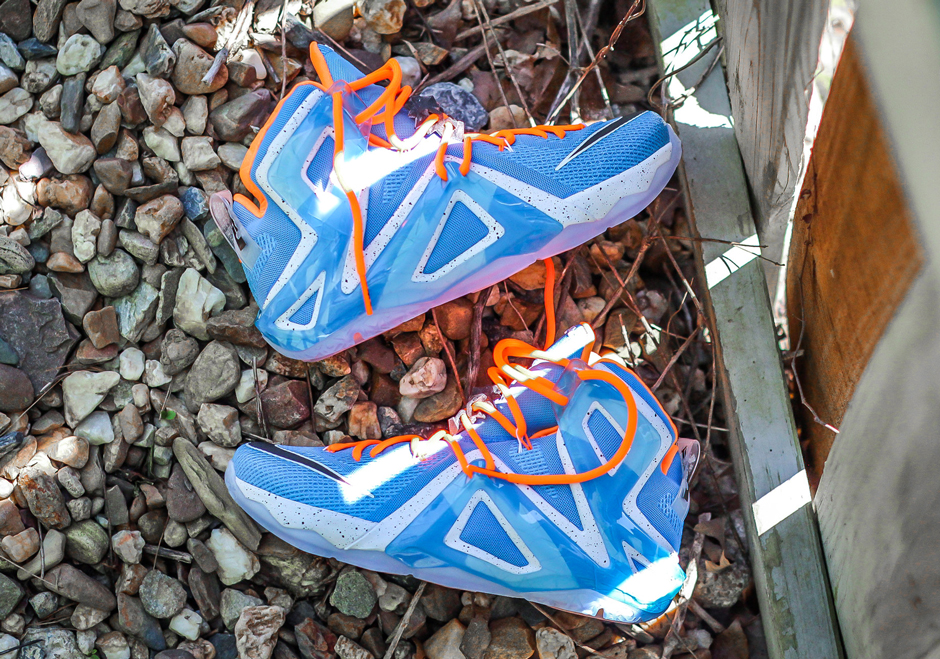 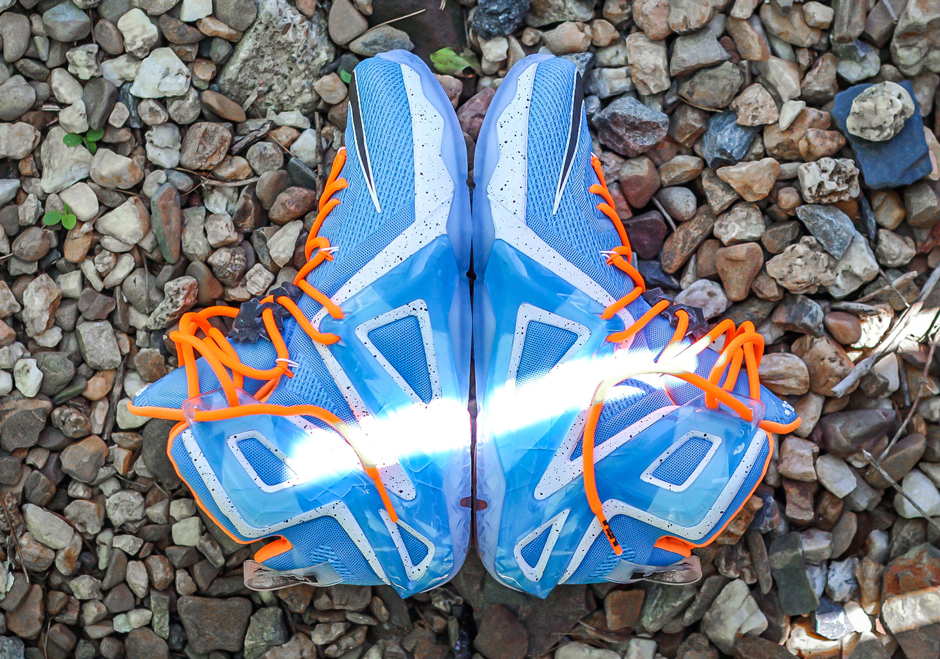 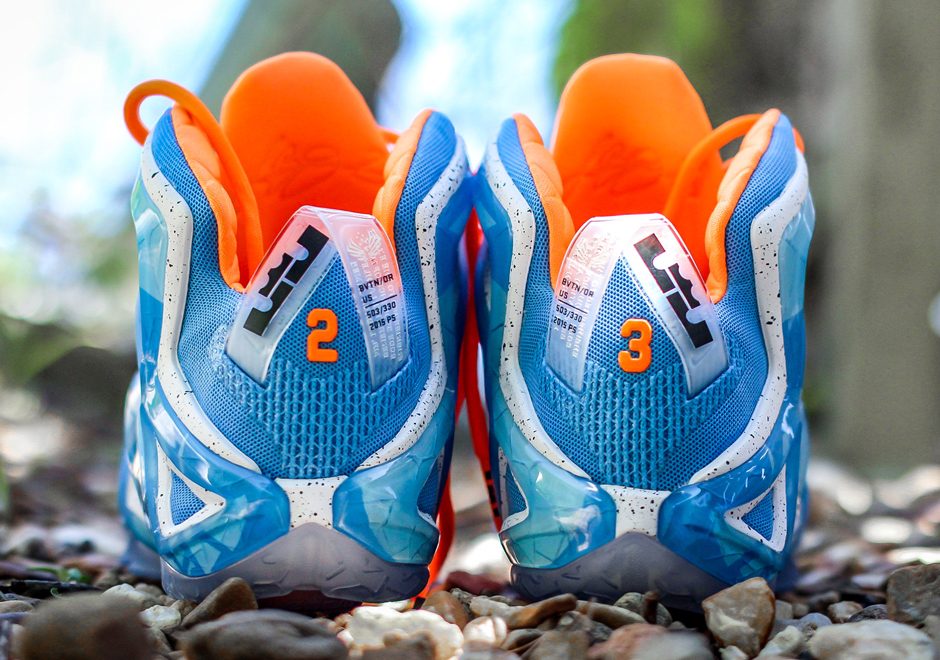 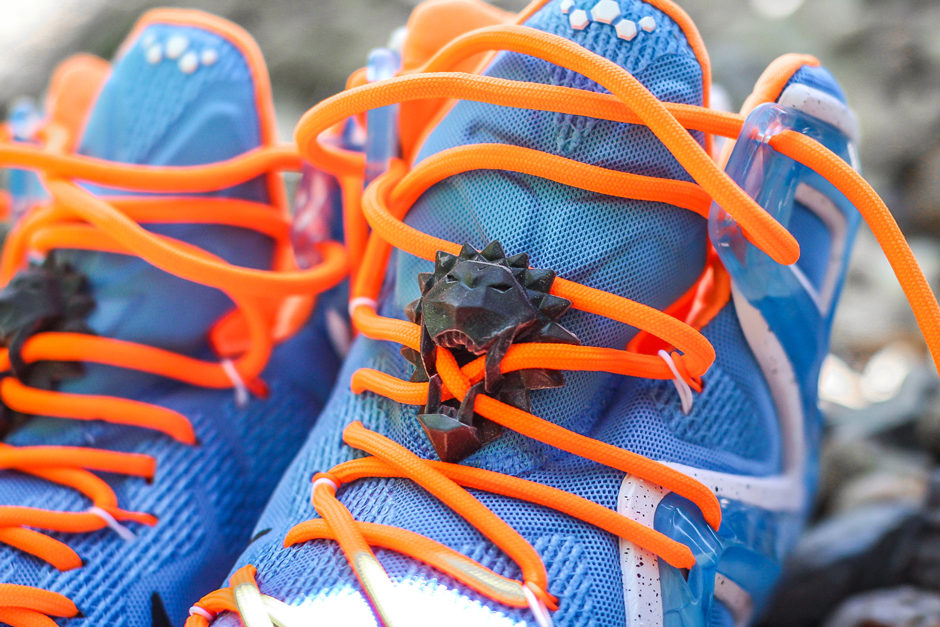 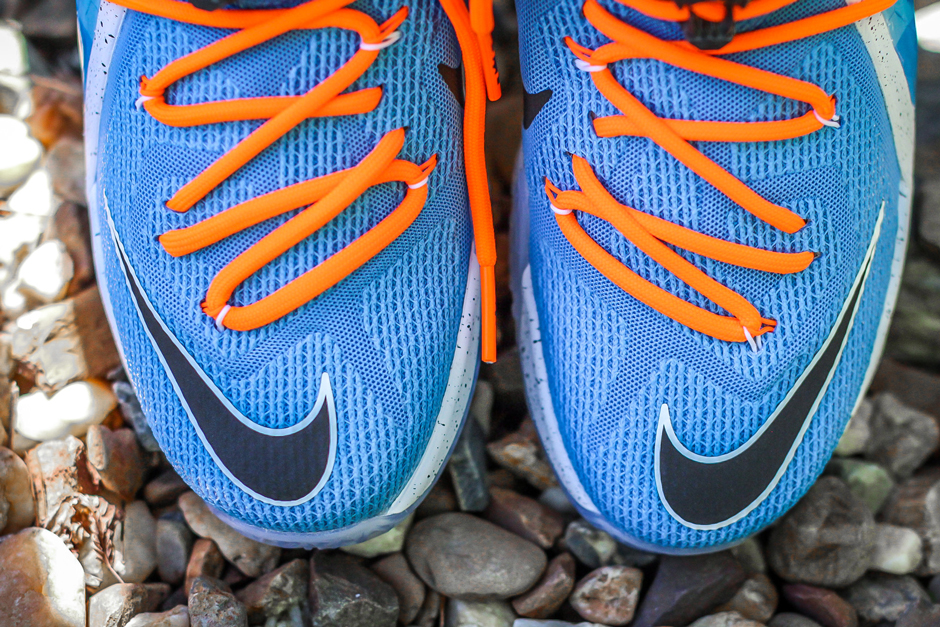