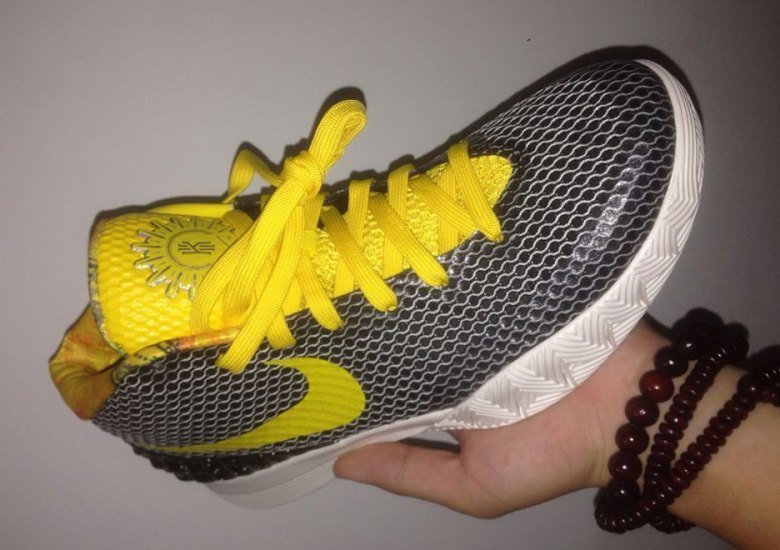 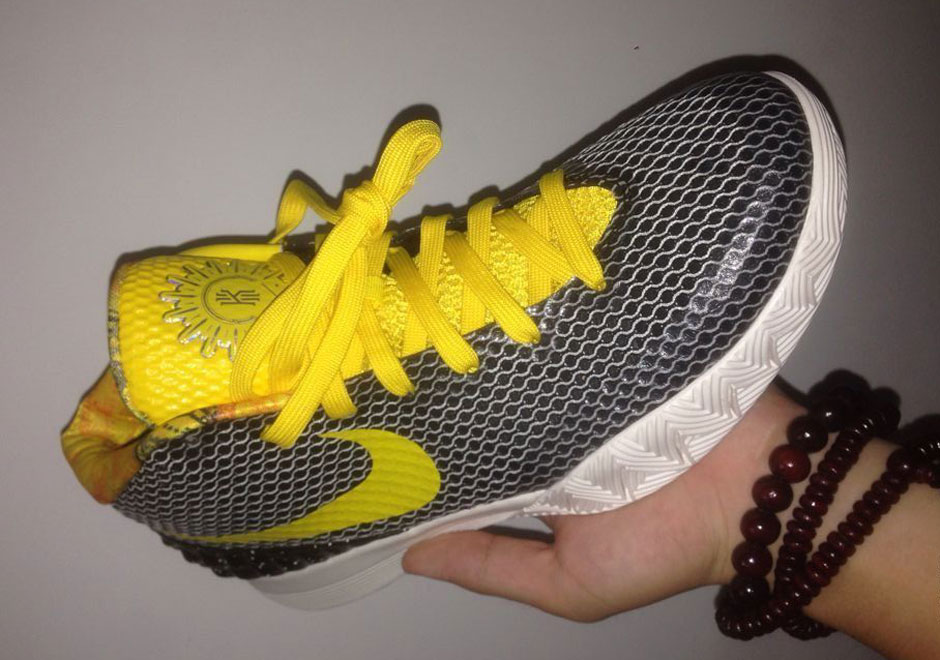 Nike Basketball is headed to China this summer, and will release a new Rise Collection exclusive to the Asian market. Consisting of mostly non-signature silhouettes belonging to their Big 4, the likes of LeBron’s Soldier series, Kobe’s latest Venomenon, and KD’s ongoing KD Trey silhouette will arrive in colorways unavailable here in the states. The Nike Kyrie 1 “Rise” is the outlier, as Irving has yet to see any second-tier models given he’s on his debut signature with the brand currently. The shoe hides the original jagged midsole tooling by utilizing an off white on the entire bottom while navy dominates the upper. Accents of yellow hit on the tongue as a printed lining adds a little pop. You’ll notice on the new photo that a sunshine graphic serves as a backdrop to the Kyrie logo, a bonus that we didn’t see on Nike’s official image assets yesterday. The addition comes on the right foot but is noticeably absent on the left. Check out a better view below of the latest Kyrie 1 colorway and stay tuned to see what Kyrie laces up during his first NBA Finals game later tonight right here on Sneaker News. 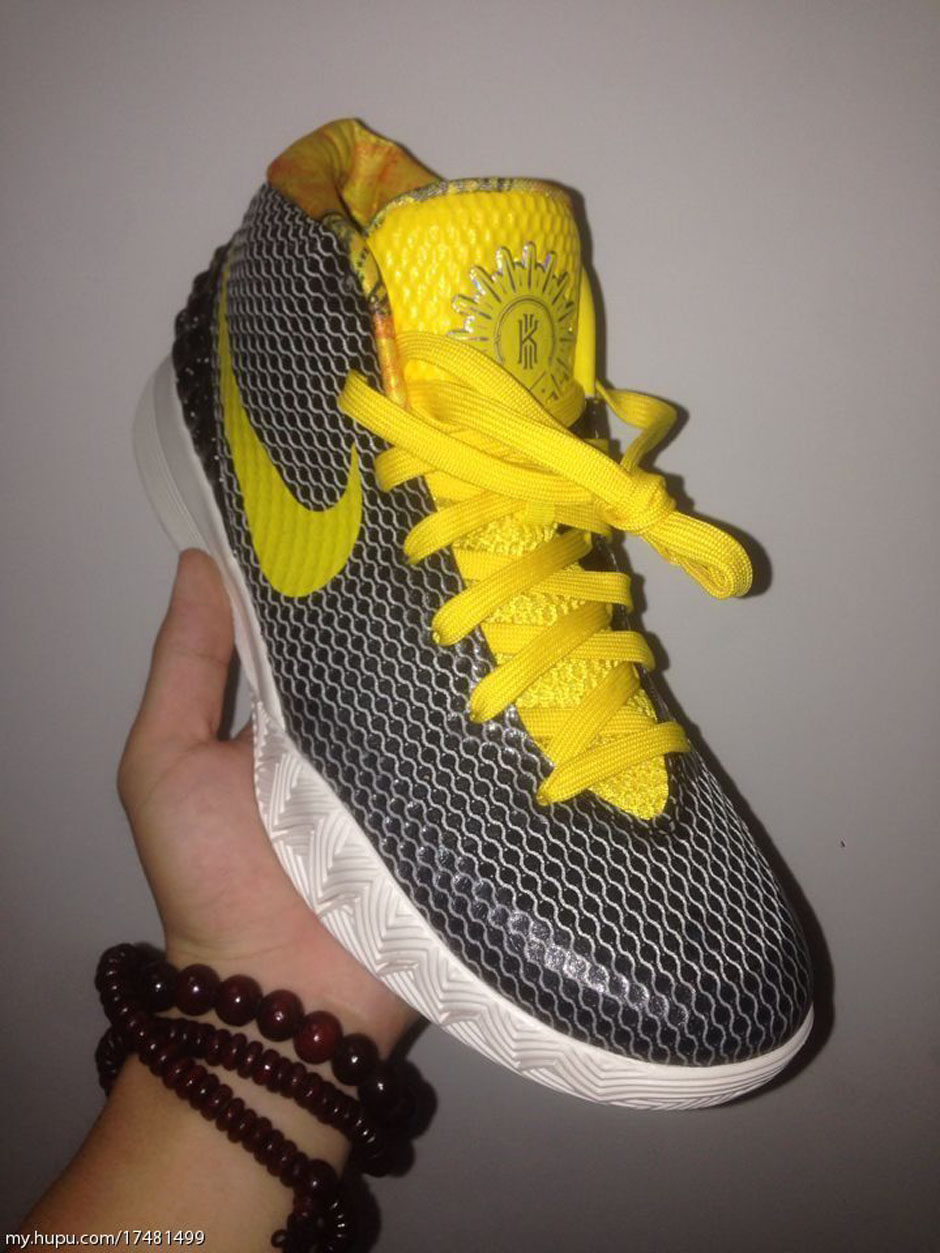 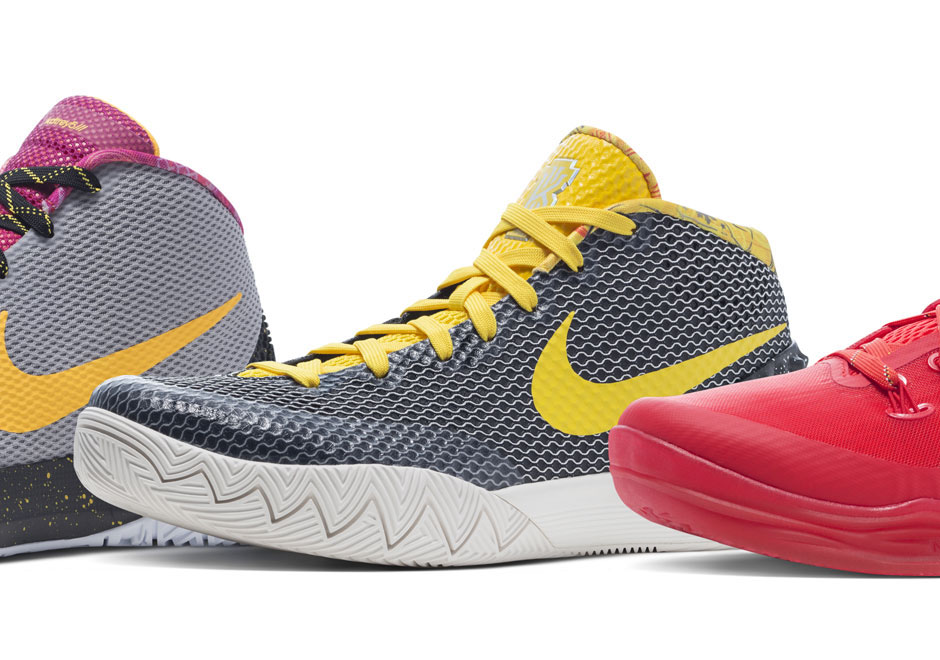