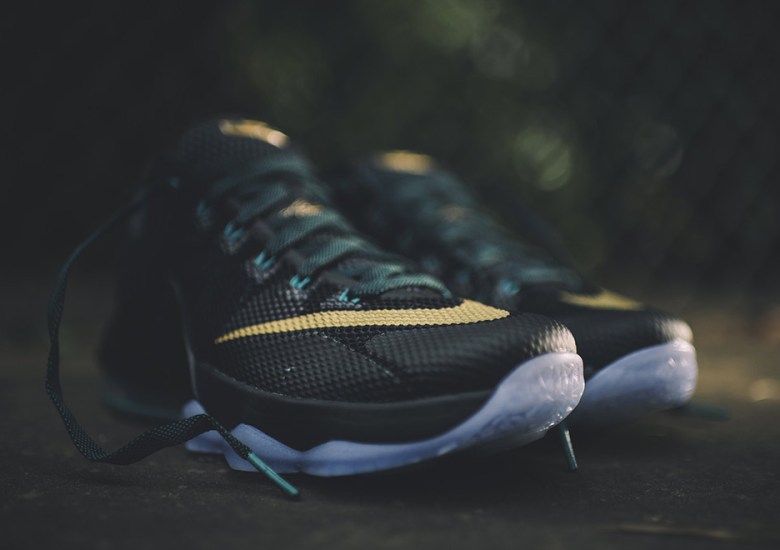 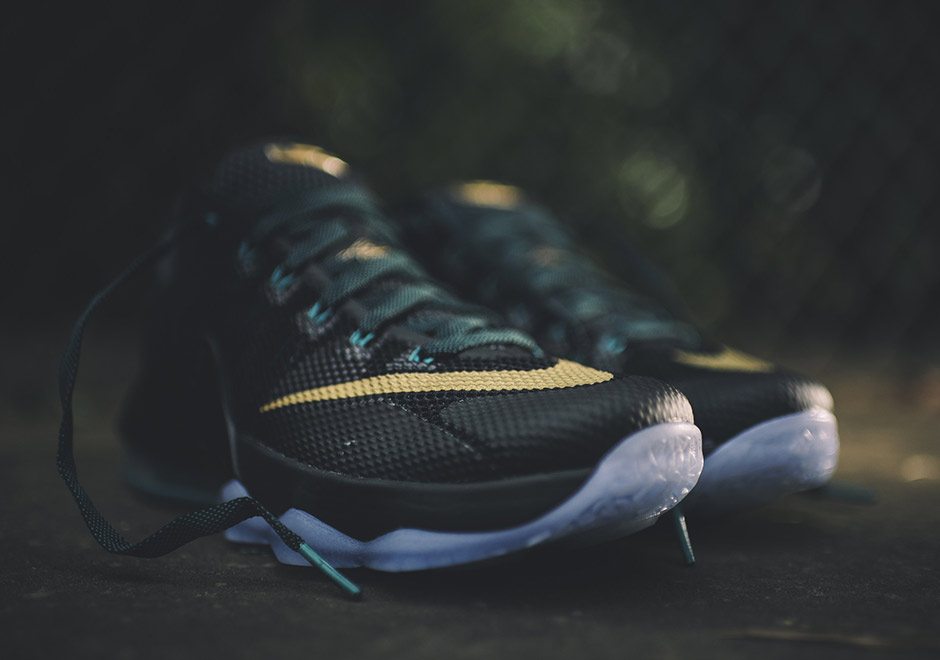 Next week, LeBron‘s most recent silhouette, the Nike LeBron 12 Low, is returning to where it all started – Akron’s St. Vincent St. Mary’s High School. It was there that LeBron became nationally known, appearing on the cover of Sports Illustrated and the subsequent magazines that followed. As a member of the Fighting Irish his stock rose to the point of being considered the first overall draft pick when he was still only a Junior in High School. This pair takes a different approach from the usual SVSM PEs in the past. The upper is dominated by a black mesh while the posite back features a carbon fiber texture for an added premium sensibility. The dark green accents appear on the laces and Visible Air unit on the heel while metallic gold takes care of branding duties. Nike decked out SVSM’s football team in a similar aesthetic a few years back at the hands of the LeBron connect, so it isn’t too surprising to see the matte black look carry over to a LeBron signature. What do you think? Check out more photos below and pick up this pair on September 3rd for $175. 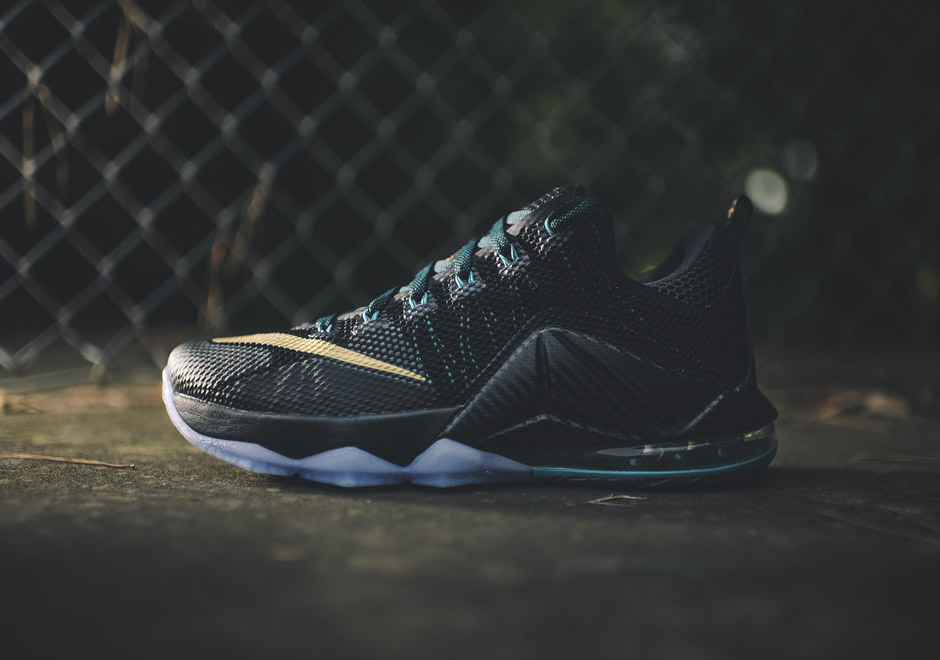 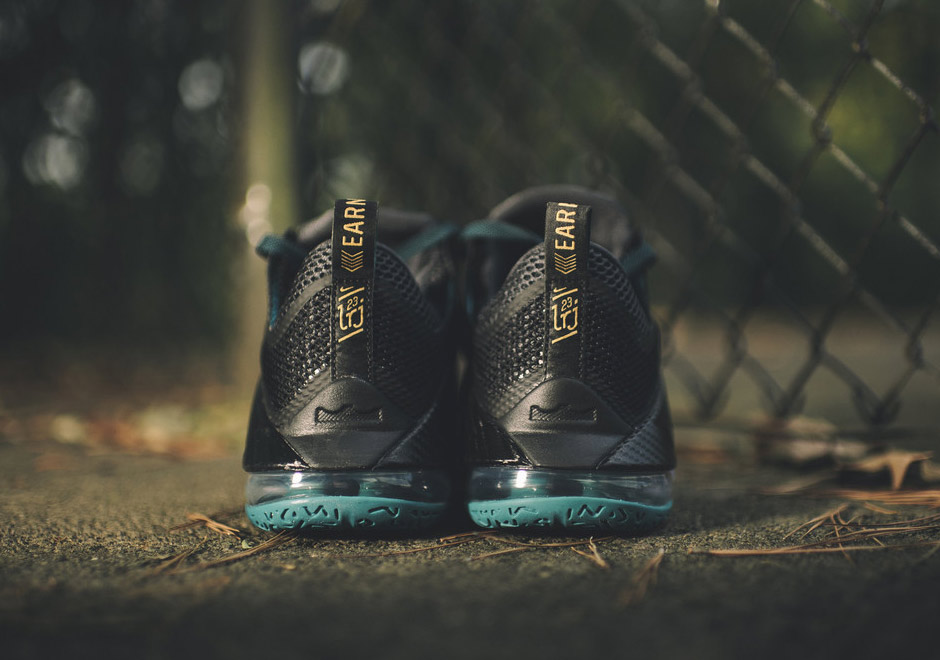 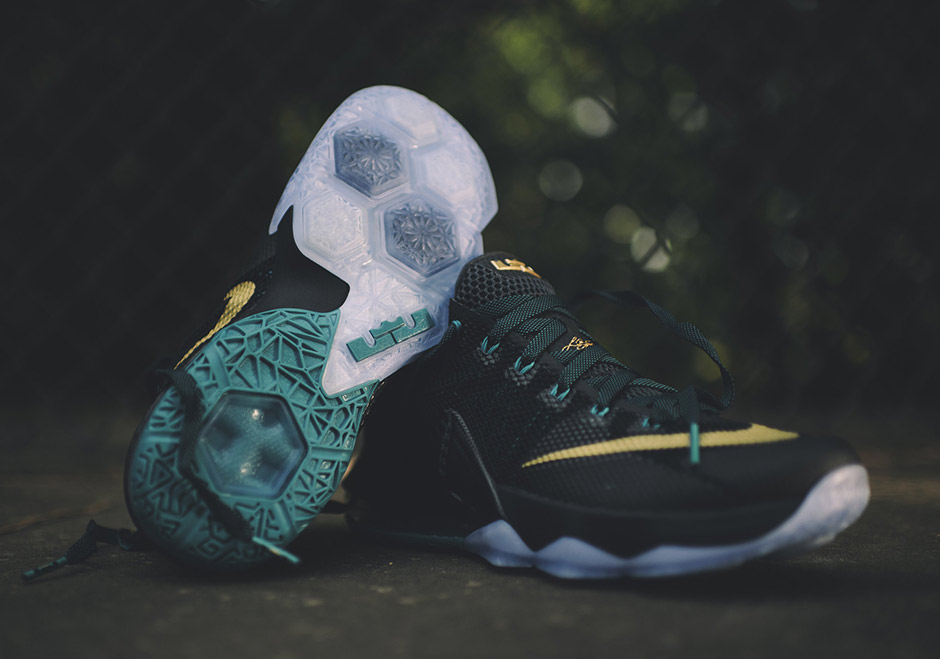 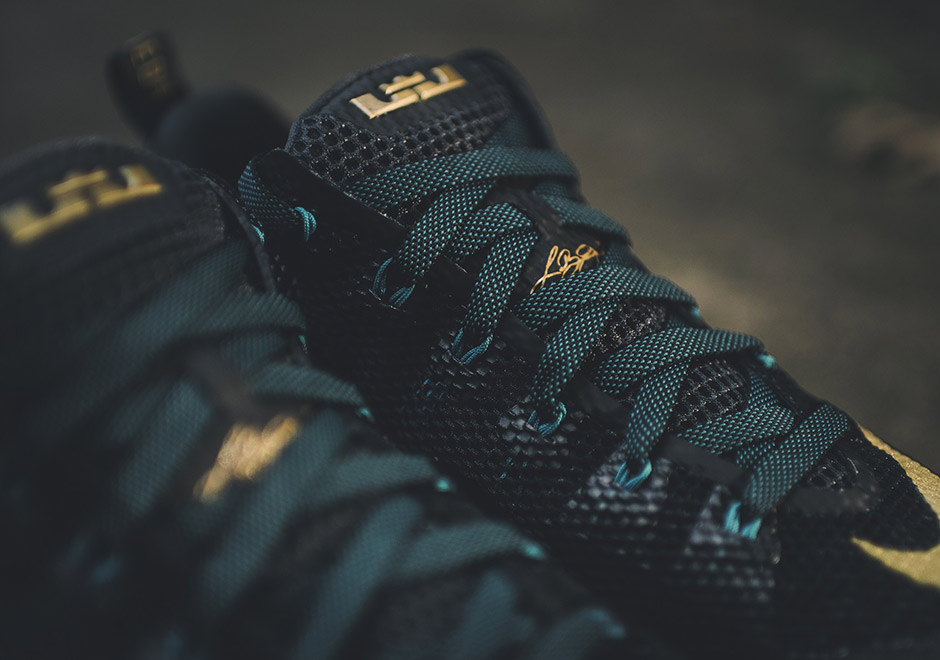 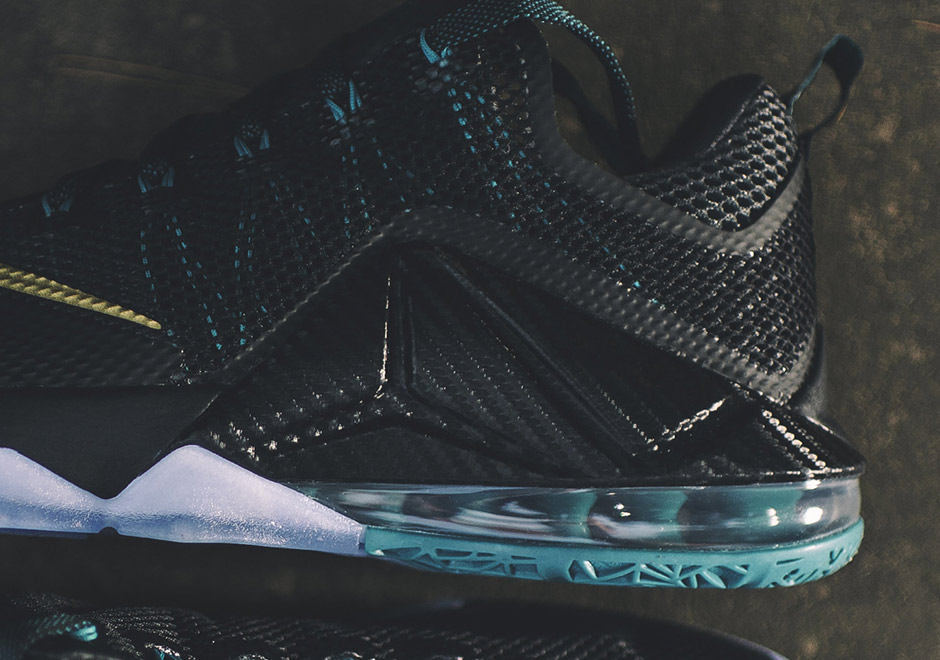 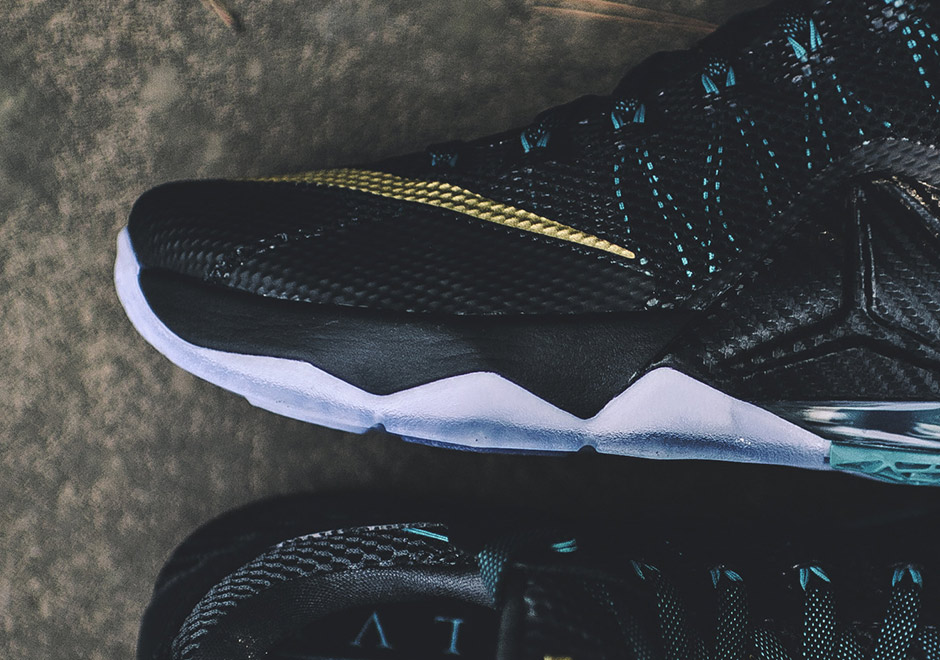 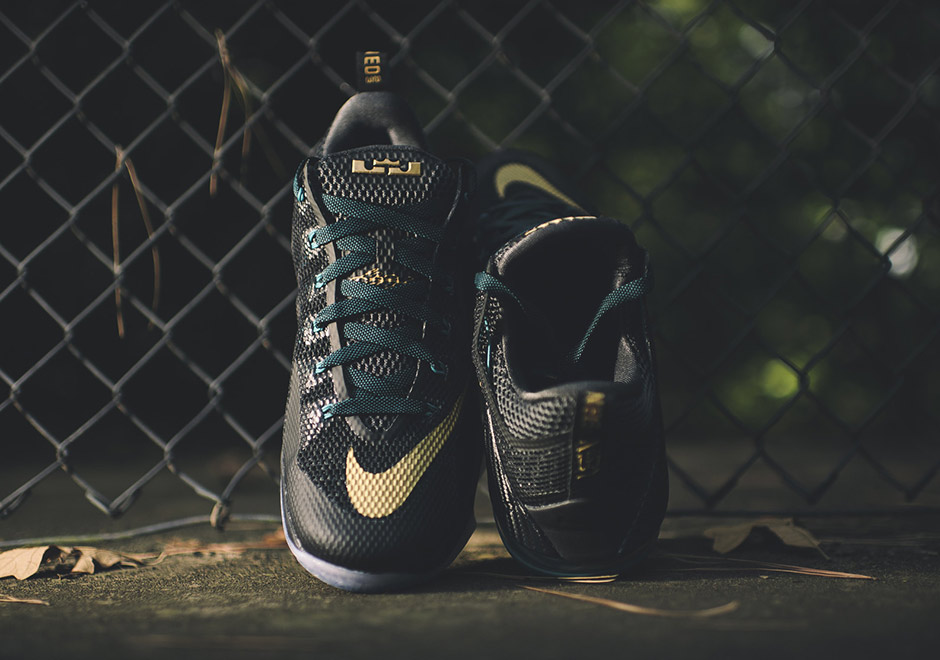 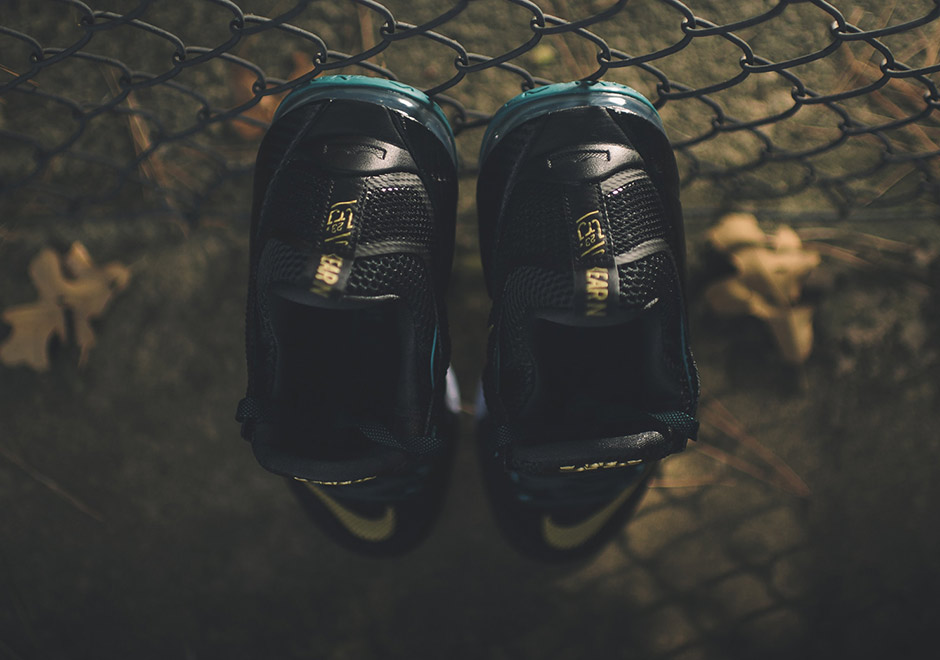