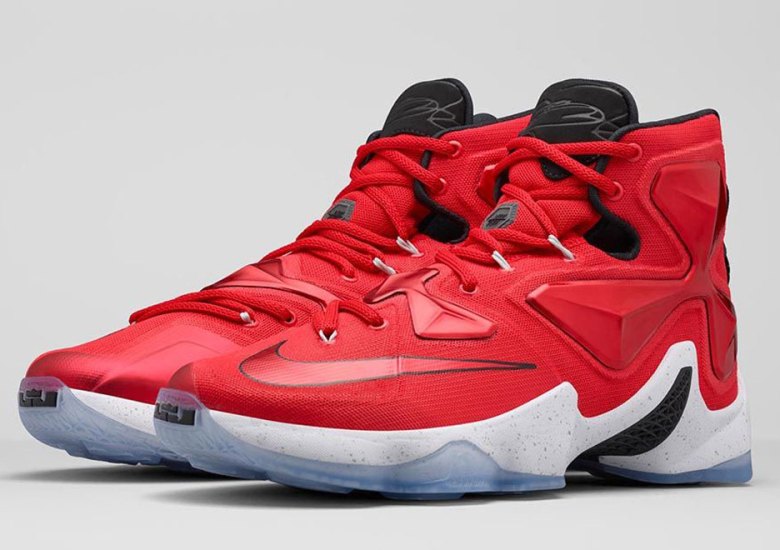 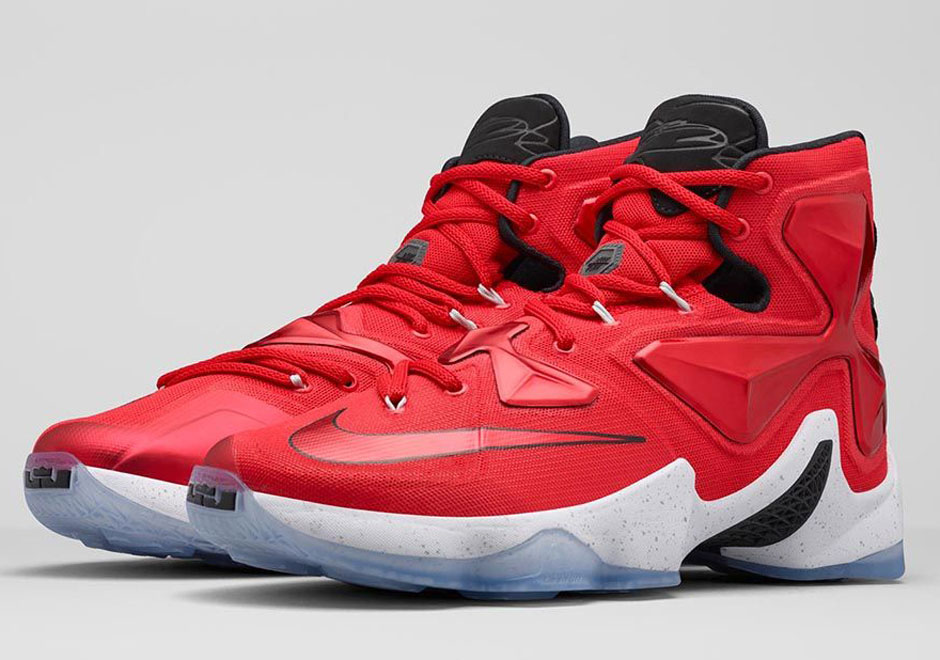 The Nike LeBron is officially on the shelves, but so far the world has only been able to pick up one colorway at retail ever since the launch of the “Written in the Stars” colorway on October 10th. Twenty days later, you’ll be able to pick up the next colorway of the LeBron 13, that’s the same look the King himself will debut on the court for the 2015-16 NBA season. The “Opening Night” colorway features a University Red upper with black accents, a white speckled sole, and icy clear outsole that will definitely pop on the court with LeBron’s Cavs uniform. The first of many colorways we’ll see LeBron wear of his thirteenth signature shoe, the LeBron 13 “Opening Night” arrives October 30th at Nike Basketball retailers globally. 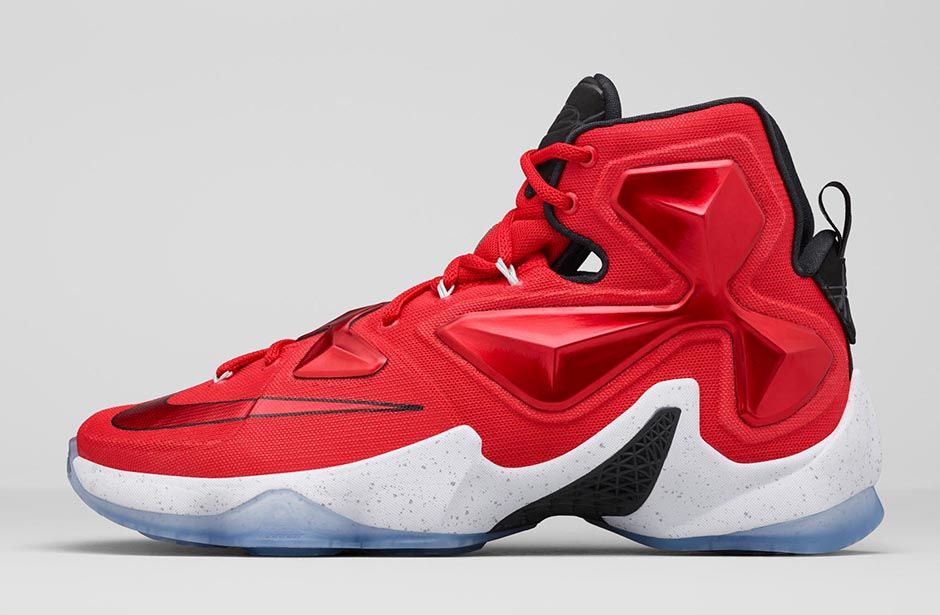 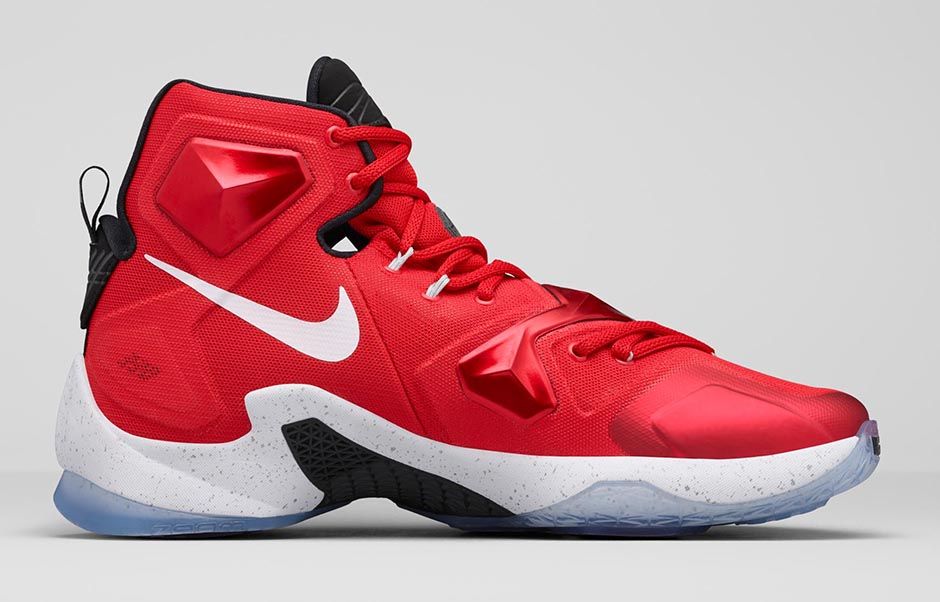 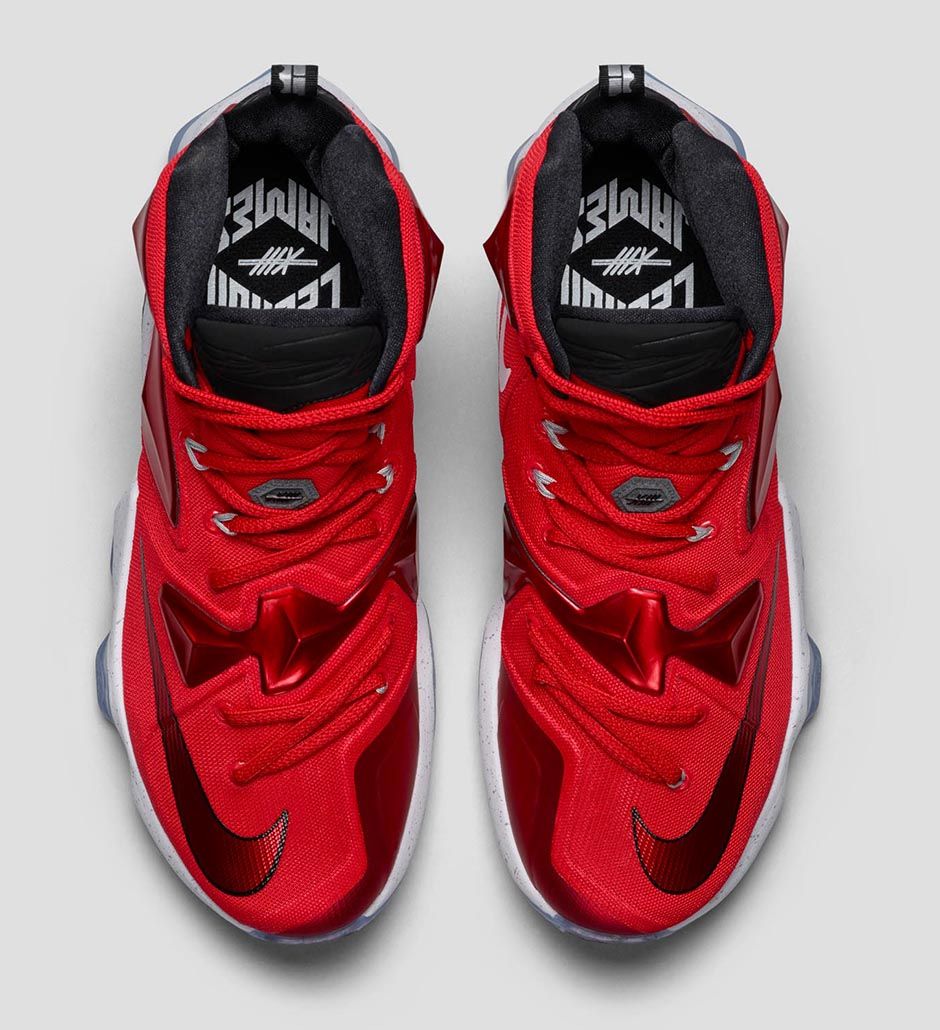 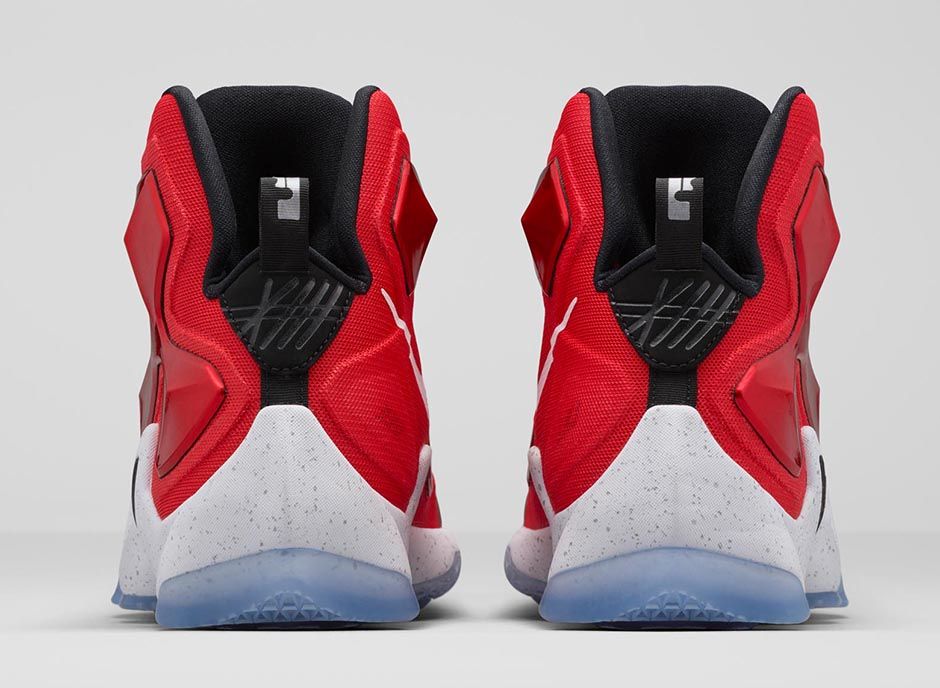 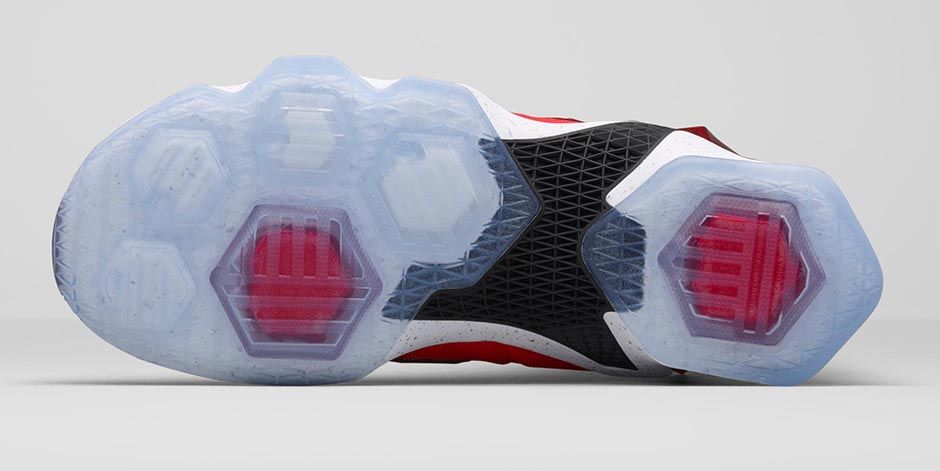