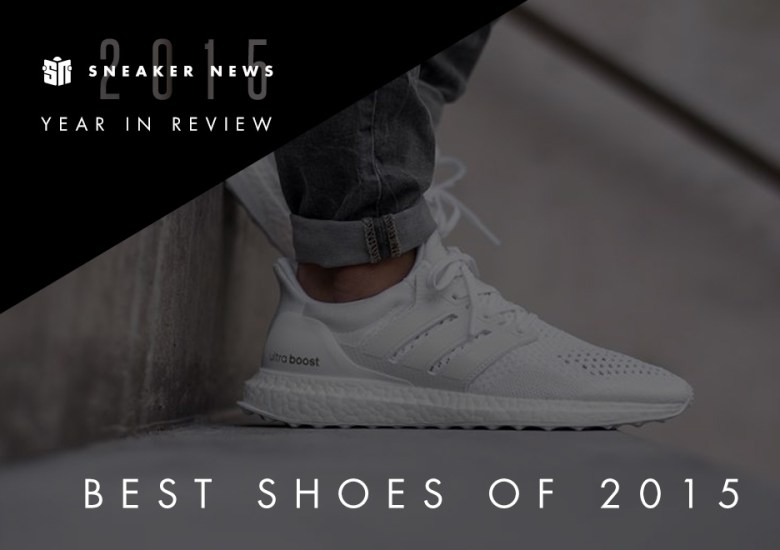 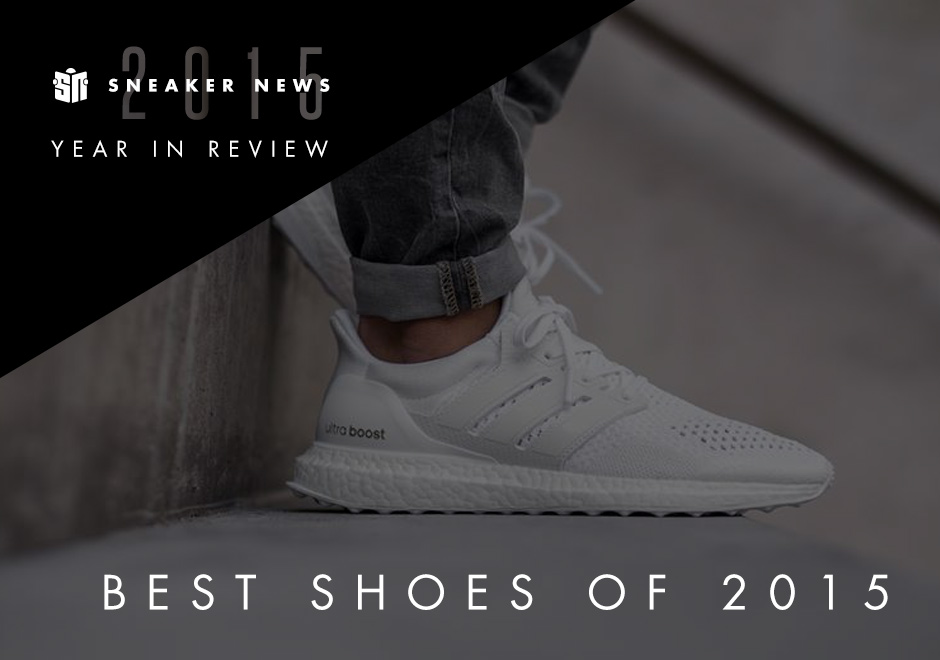 We’ve arrived, folks – the end of 2015. Over the last few days the Sneaker News staff gave you a rundown of what we believed to be the best shoes of each category, but we’ve reached the final round of this retrospective – the 10 Best Shoes Of 2015. The criteria we held for our selections were really simple and straightforward – the shoes were the best looking, the best selling, and the most talked about. Sure, this list of ten can be interchanged with anything you please, but don’t see it as a coincidence if the shoes named here don’t have some sort of profound effect on the future of sneakers. Check out our 10 Best Shoes of 2015 just below.

Click here for a complete rundown of all our “Best Of” lists of 2015. 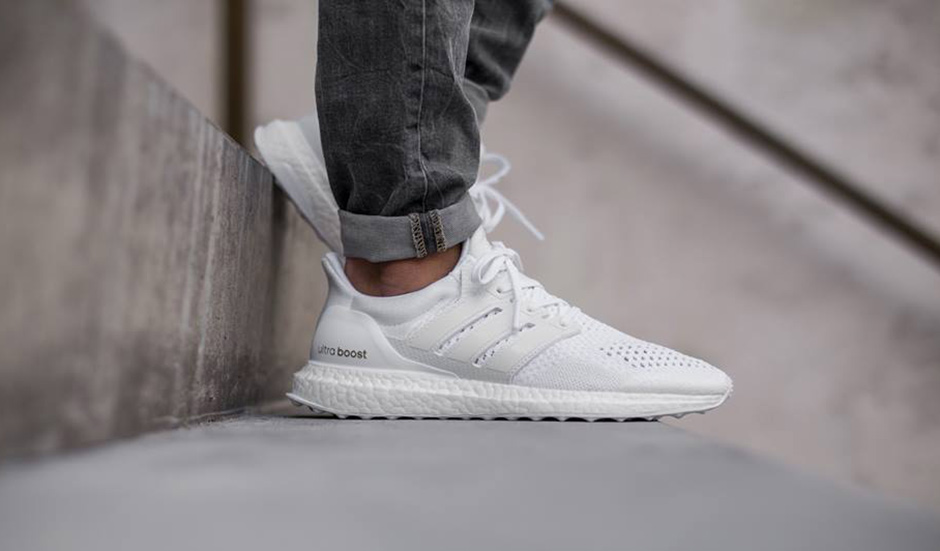 Is the Ultra Boost this year’s Nike Roshe? We’ll say no, because the Ultra Boost is far superior in terms of style, comfort, and technology. There was an endless stream of incredible releases this year, starting with the debut black/royal colorway from All-Star Weekend, but the all-white pair has established itself as king with a little help from Kanye West. After the hip-hop artist and adidas brand ambassador was spotted wearing them on stage, public demand became unstoppable and stores continue to clear out every time these re-stock on shelves. The rest of the colorways were strong as well, particularly the Ultra Boost Collective collection and the year-end quickstrikes in “Cream” and “Reflective”. 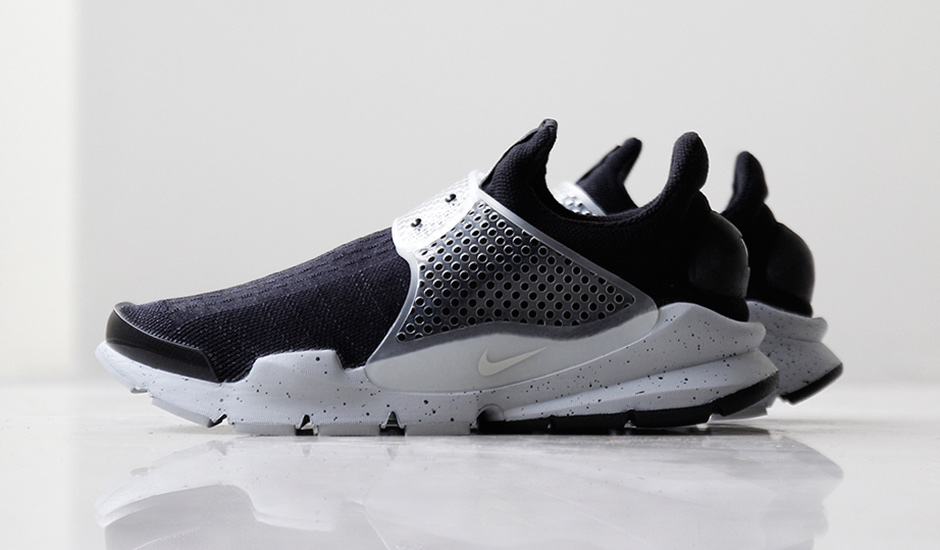 Unquestionably one of the best collaborations of the year – but one of the best shoes in general? The slip-on sock-like shoe, way ahead of its time, was one of the more popular silhouettes of the year, but fragment design’s subtle touch that produced a black upper and grey/black speckled midsole was easily the cream of that crop. It’s insane to think that a shoe that even now looks futuristic was first created over ten years ago. 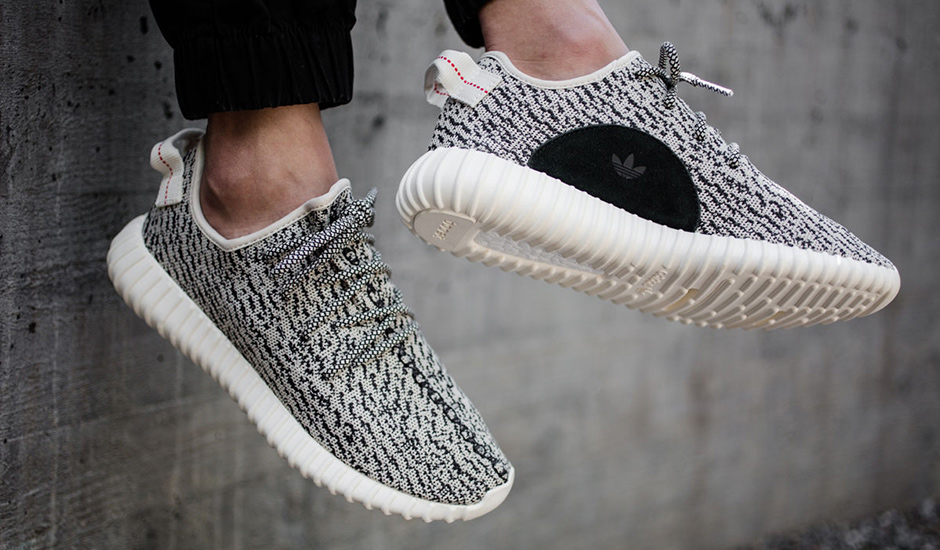 The shoe had its fair share of critics, but there’s no doubt that the Yeezy 350 Boost was one of the best sneakers of the year. We’re singling out the first “Turtle Dove” colorway for its elegant package of grey Primeknit uppers and the voluptuous Boost outsole, and it appears that the public agrees because pairs are still being unloaded above $1,500. Will these be regarded as classics like the Air Yeezy 1 with Nike? Time will tell, but the present says that Turtle Dove is first to the finish line. 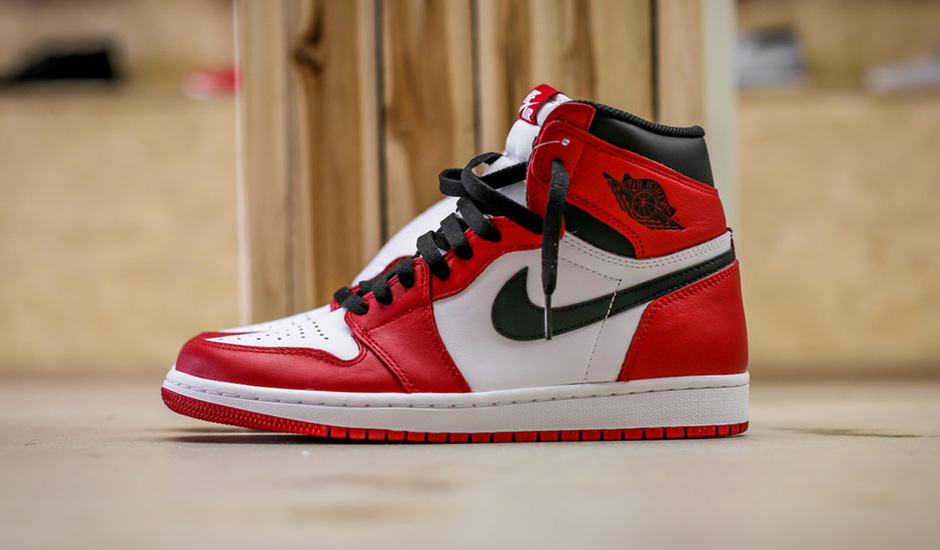 There’s no way to celebrate the birth of Jordan Brand without giving homage to the one of the originators. Although several of the key OG colorways released a year ago, the famed “Chicago” colorway, which MJ wore throughout his breakthrough rookie year, finally hit stores after an incredibly long wait. In fact, the 21 years it took for Jordan to bring back this beautiful shoe seems way too long, and with news of both the “Bred” and “Royal” joints coming back next year, we might be singing the praises of the Chicago 1s yet again in the near future, 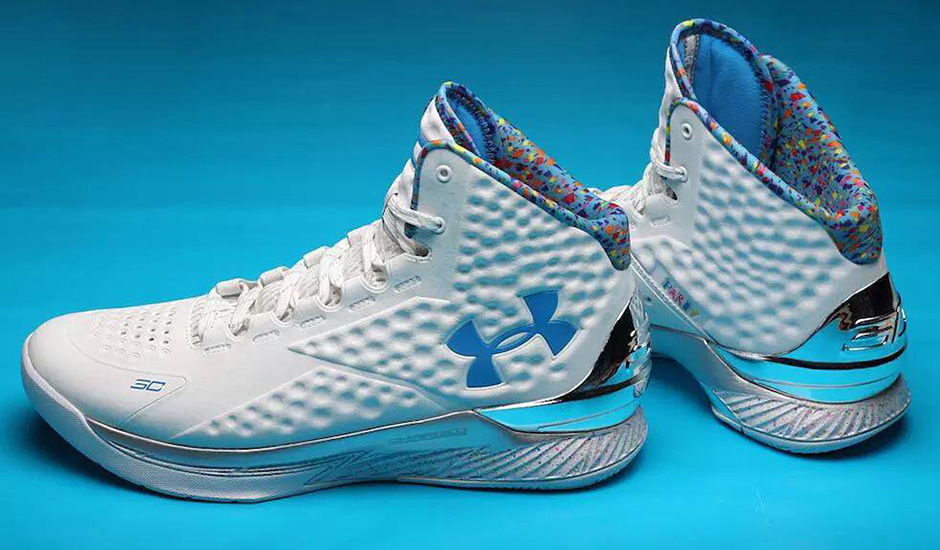 Under Armour Curry One – Birthday

Truth be told, there isn’t that one standout colorway of the UA Curry One that rises above the rest, because every dang version that released in stores managed to sell out – save the massive size 16s and 17s. It’s all thanks to Steph Curry’s ridiculous NBA season that saw an NBA MVP and NBA Championship, not to mention all the of the charming side headlines that included his daughter Riley. This is the shoe that put UA on the map, and with consumers flocking to shops for Curry Ones over LeBrons/KDs/Kobes, there’s no case that can be made against this sneaker. 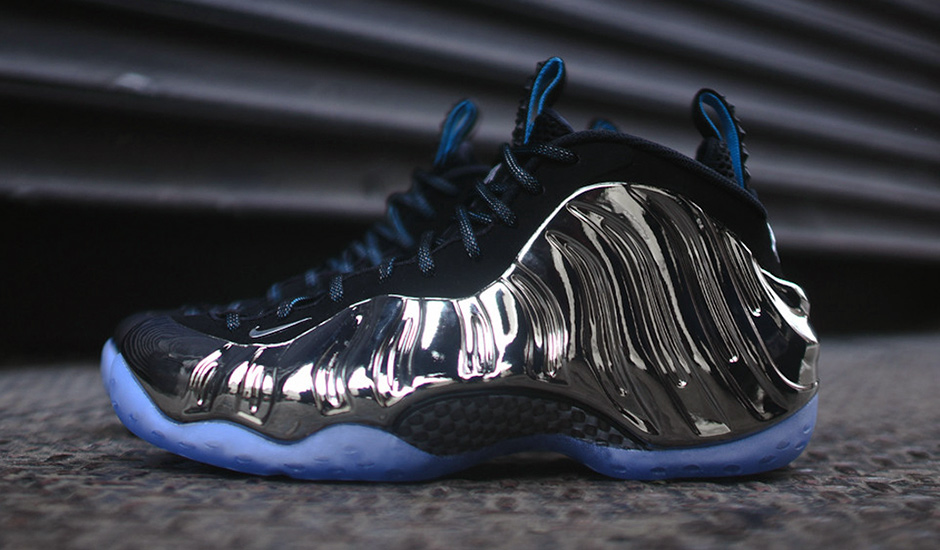 Foamposites have laid dormant for years much in part due to self-inflicted wounds. It doesn’t need to be said again that certain colorways should never happened, because they directly impacted the popularity of this wonder in design. The “Chromeposite” had the adverse affect, acting as the key release of Nike’s 2015 All-Star Weekend offerings and putting the swag back in the shoe that New York City made famous. While Foamposites may not have the pull they used to, the Chromeposite is the reminder that it was, at one point, the king of all sneakers. 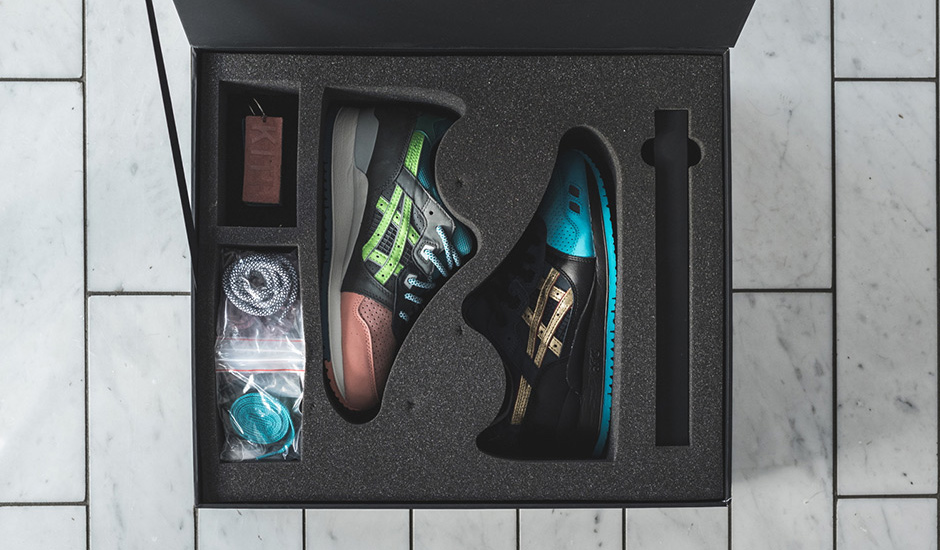 Nearly a decade of GEL-Lyte III collaborations under Ronnie Fieg’s belt has acted as the backbone of his portfolio, so it’s only fitting that some sort of tribute needed to be made to the man that made the shoe such a hit to the masses. As one of the last releases of the ASICS GEL-Lyte III 25th Anniversary, Ronnie looked through his own history and hand-selected fourteen of his favorites to make up this mash-up of colorways known as the “Homage”. Quick to be labeled a “What The” release thanks to the original concept made by Nike SB years ago, the GEL-Lyte III “Homage” became one of the shoes that you just had to have. 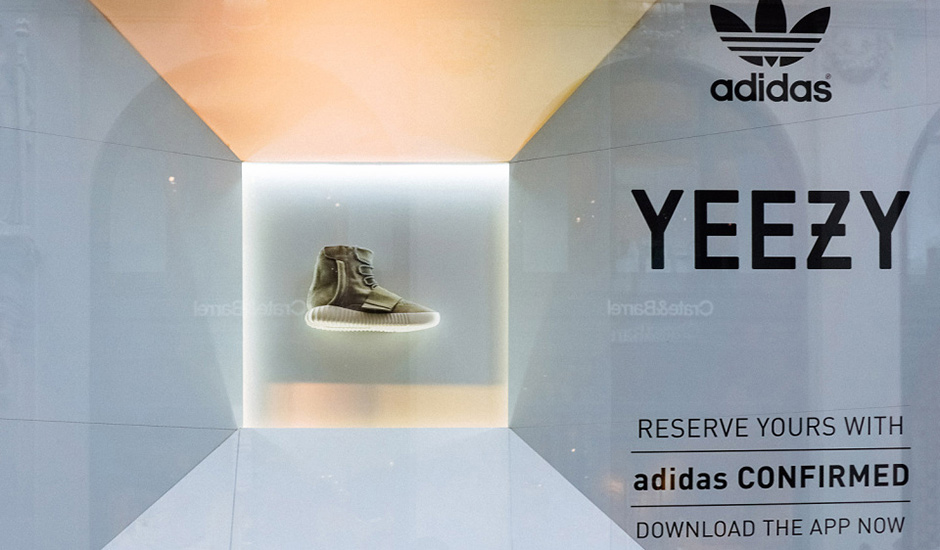 All-Star Weekend is a major event in the footwear industry that’s been on a Nike chokehold for ages. So don’t you think the shoe that pried it away from those hands deserves some love? The first adidas Yeezy shoe, officially named the Yeezy 750 Boost, had its share of critics from the get-go, with some going as far as calling it a glorified pair of Uggs winter boots. Today, it’s the highest-priced Yeezy Boost release and certainly the most coveted of the bunch, but above all of that it represents adidas, as a whole, taking away the spotlight from its biggest competitor. 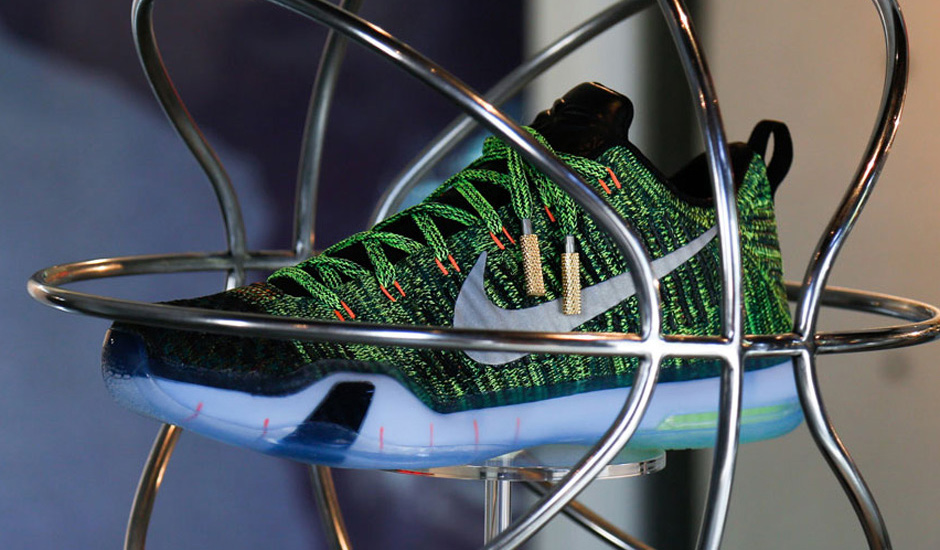 In just two short years, the HTM and Kobe pairing has become a thing of legends. We’re trained to expect a level of elegance and performance with whatever the two offer, so think of it like this – if Nike LeBrons are high-powered SUVs, then HTM Kobes are fine-tuned Ferraris. The 2015 edition of HTM x Kobe was no different either; three distinct versions inspired by an Arrowhead, the Great White Shark, and a Formula 1 supercar, but what the three had in common was that they were all drop-dead gorgeous. Excellent shoe for Kobe Bryant to ride on his final lap. 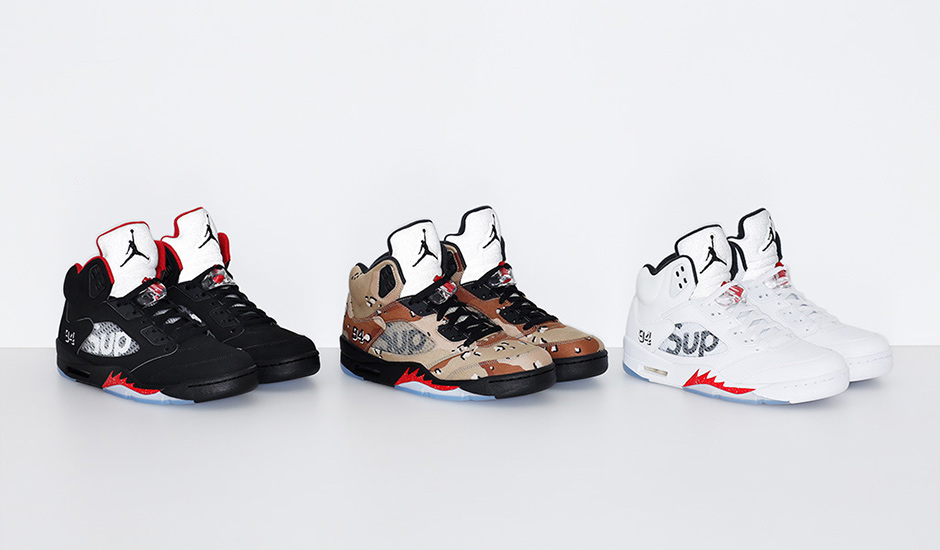 Not often do two powerhouses that everyone on Earth seems to f&%$ with on some level come together for a collaboration. It just doesn’t happen. Sure, Nike, paved that trail with its series of partnerships that began with the SB Dunk, but an Air Jordan? What does Air Jordan have to do with Supreme? There are dots to be connected if you think about it, but you can’t say you were stopped in your tracks when the Jumpman23 Instagram account shared Terry Richardson’s photo of a smiling MJ wearing that t-shirt. Three colorways, all stand-outs in their own right, make up one of the best releases of the year – period.